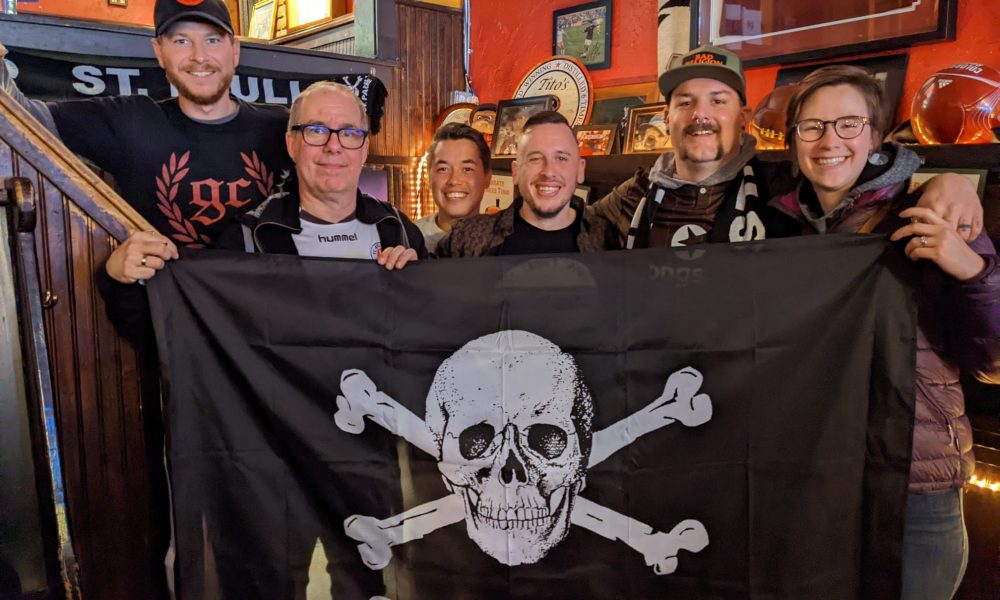 Today we’d like to introduce you to FC St. Pauli Denver. Them and their team share their story with us below:

We’re attracted to the club and its fans’ vehemently political opposition to fascism, racism, sexism, and any forms of discrimination, support for the rights of football fans and respect for fan culture, resistance to the commerciality of modern football, and the DIY/punk party vibe on match days at the Millerntor-Stadion, the club’s home ground in Hamburg.

The aims of FCSP Denver:
***To meet up and watch games on a regular basis (when there’s not a global pandemic).
***To reflect the values and ethos of St. Pauli. Standing against all forms of discrimination.
***Ensure people feel welcome at our meetings while making sure members and guests are aware of the ideology of St. Pauli.
***To support like-minded charities in our community.

I’m sure you wouldn’t say it’s been obstacle free, but so far would you say the journey have been a fairly smooth road?
We started the group in late 2019. No sooner did we host our first match viewing party timed around the Hamburg Derby against St. Pauli’s big cross-town rival Hamburger Sport-Verein (HSV) than the Coronavirus pandemic shut everything down and lost all the momentum from that event. We attempted some virtual viewing parties, but it was challenging and didn’t have the vibe of gathering in person in our local, The British Bulldog.

Through that period, we shifted to engaging via our Facebook and Instagram pages and connected with the robust international and North American community of FC St. Pauli supporters and selling logo branded merch to benefit local LGBTQIA+ and houseless charities locally..

Once bars opened back up and people felt more comfortable gathering publicly, we started hosting viewing events again and have a small but dedicated regular crew of fans out to watch matches, particularly as St. Pauli had a very strong first half of last season, leading the league. For a small but well-known cult club that often sits in the middle of the table, there was a lot of optimism about getting promoted to the Bundesliga as well as a deep run into the DFB Cup, making it to the quarterfinals that fueled interest and attendance.

Can you tell our readers more about what you do and what you think sets you apart from others?
FC St. Pauli is situated in the St. Pauli neighborhood of Hamburg. The area is near the Reeperbahn, Hamburg’s red-light district, and a large, diverse counter-cultural and creative scene calls it home. In the ’80s, the club’s fan scene started to reflect this diversity, adopting a skull and crossbones, the Totenkopf, as an ‘alternative’ logo. Soon after, the club’s charter adopted these values – against fascism, racism, sexism, and discrimination in all forms – as their own and made them part of the club’s charter.

We’re not just soccer fans who like a specific team. As supporters of the club, we have adopted these values and do our part to reflect the values of the St. Pauli neighborhood and make a difference in our city and downtown Denver neighborhood.

Is there any advice you’d like to share with our readers who might just be starting out?
Launching any community is hard. And if it’s a cult, counter-culture German second-division soccer club whose matches aren’t readily available on cable or streaming apps, and most information that can be found about them is in their local language; it’s that much harder. But considering everything going on in the world politically and socially, if you’re pro-humanism, how can you not love St. Pauli?

Our club is not necessarily going to be someone’s first choice of a club to support. We’re not Manchester United or Liverpool or Barcelona and our players aren’t international marquee superstars like Leo Messi, Kylian Mbappe, or Mohammad Salah. We’re a socially conscious midtable second division club where the football isn’t always great, but the team plays the right way and win, lose, or draw, it’s always a party in the stands.

As a group, we’ve strived to authentically and consciously connect the dots between FC St. Pauli and people with a like-minded ideology who may or may not be soccer fans. It’s early days, but I see our gatherings as an anti-social social club with a football match going on. 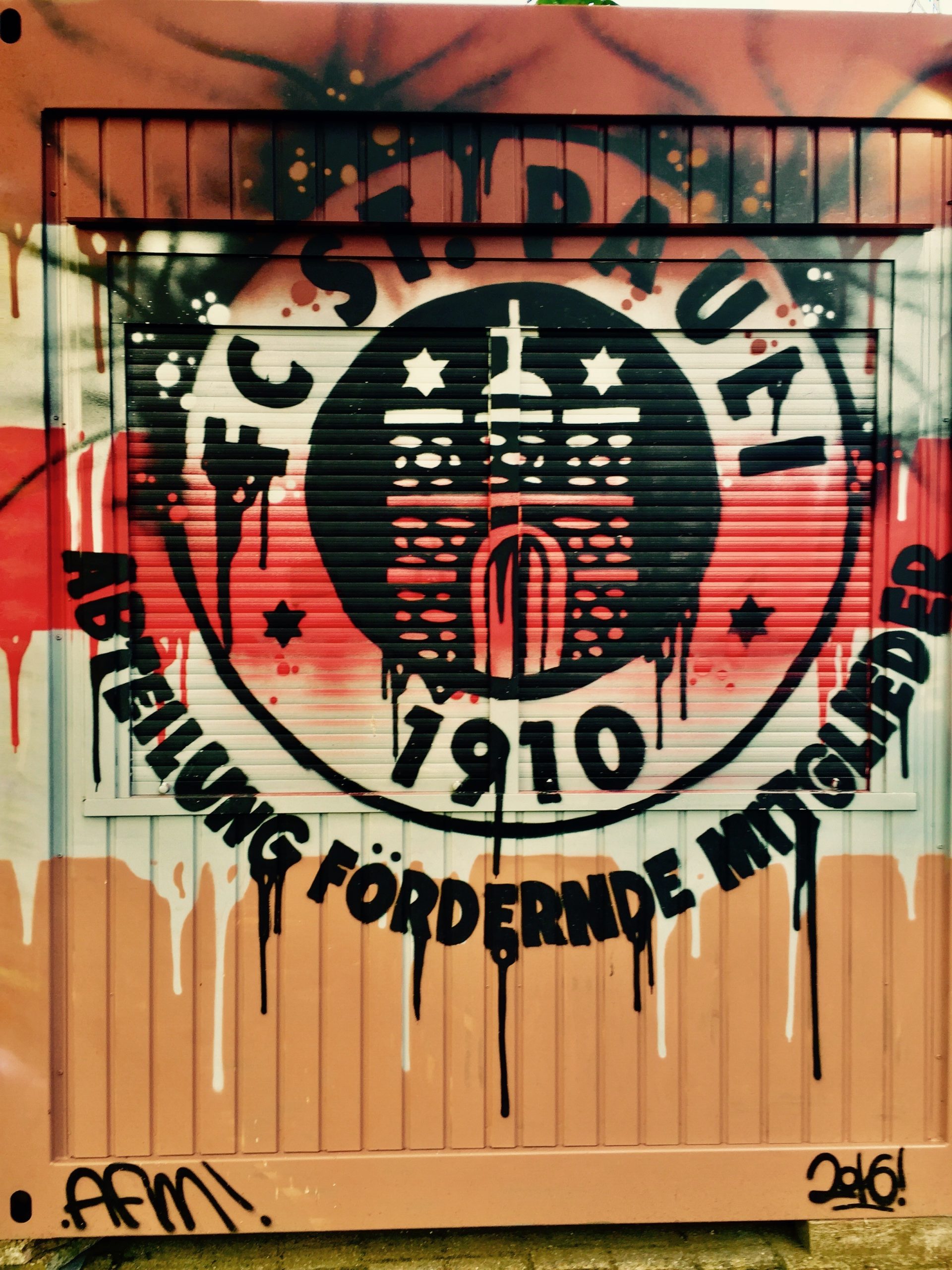 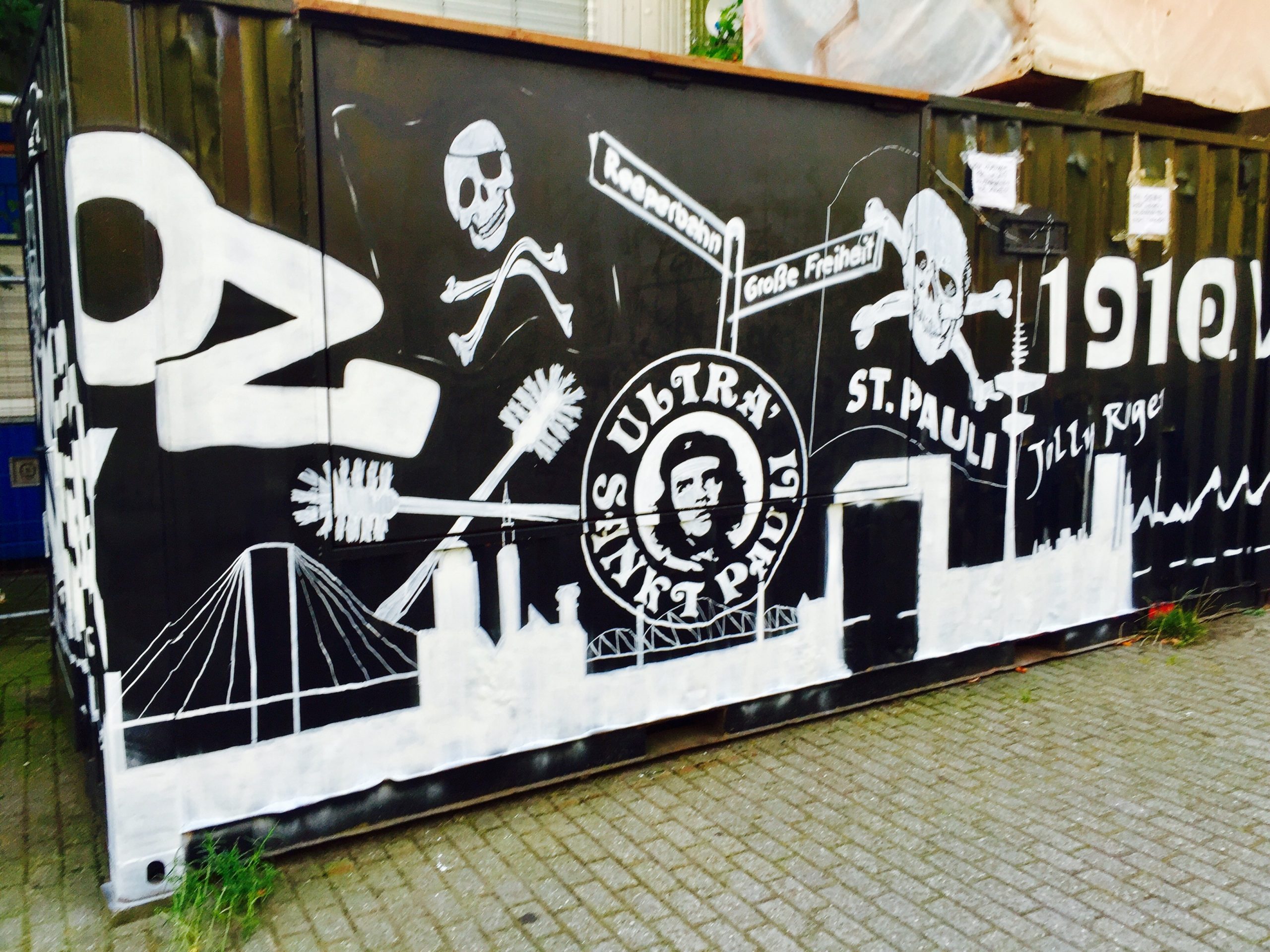 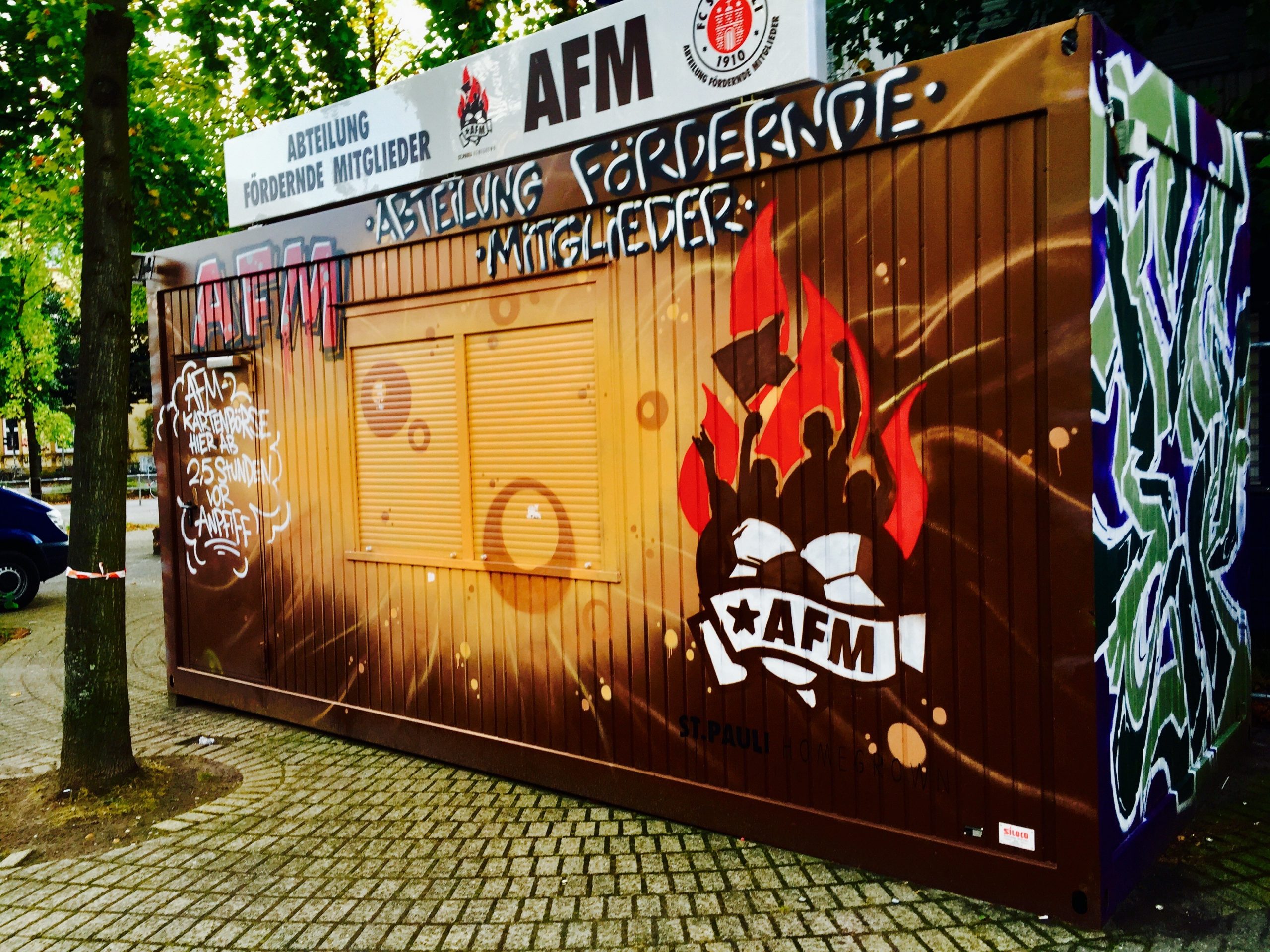 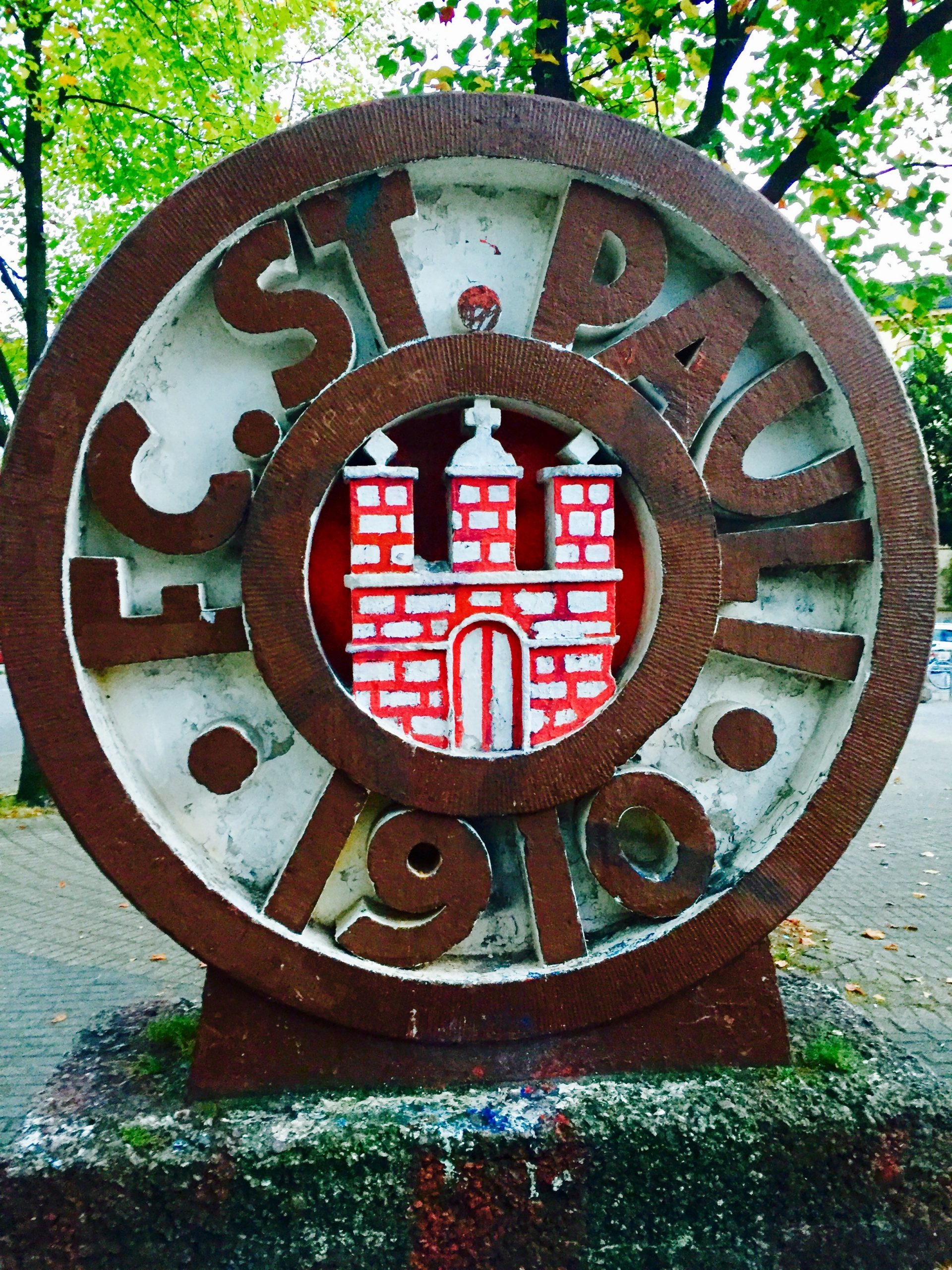 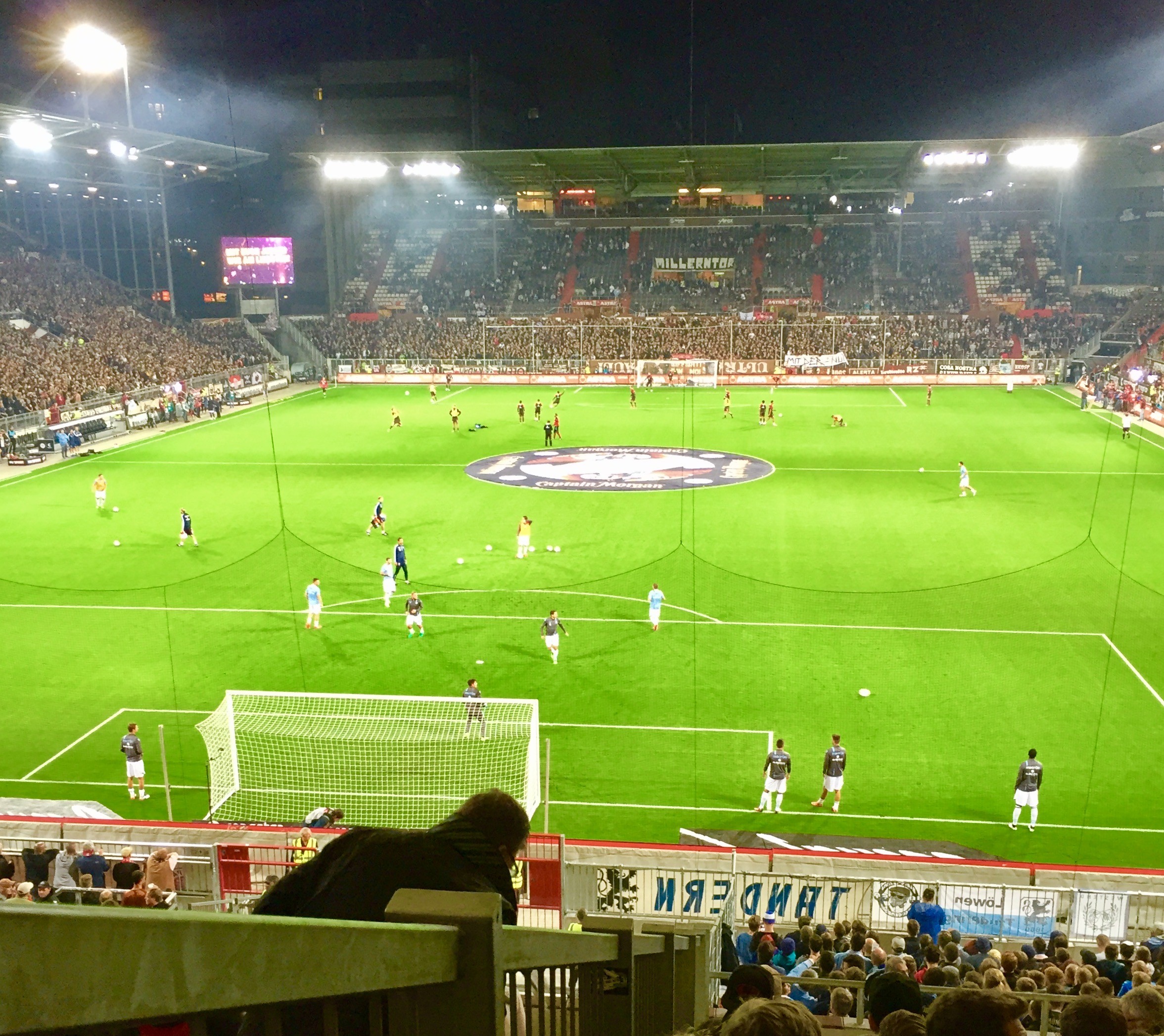 Image Credits
All photos by Peter Wohelski for FCSP Denver.