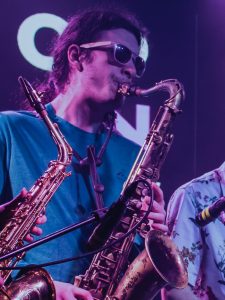 Today we’d like to introduce you to Ike Spivak.

Ike, we appreciate you taking the time to share your story with us today. Where does your story begin?
I’ve been very lucky to grow up here in Colorado with tons of support from an amazing family of music lovers. Living with a single mom and my little sister was very challenging and rewarding. They’ve put up with a lot of noise from me over the years, but we still manage to enjoy plenty of good music, humor, and adventure together. Since my mom started her own CFO business, she was able to teach me a lot about building my own career. Once I was in college, I received a tenor saxophone that belonged to my great uncle Lenny Spivak, who left us recently. My grandparents have recordings of him playing in Arty Shaw and Mercer Ellington’s big bands. That horn is the one you see in most of my pictures.

I began exploring music with piano and recorder karate in elementary school. The teacher gave me a special alto recorder to take home, and I started composing songs. I thought they offered band class in fourth grade but was shocked to find out they weren’t. To keep pursuing music, my mom got me a saxophone lesson from Jason Justice on my 9th birthday. I went to Denver School of the Arts from 6-9th grade and learned a lot from Dave Hammond and Greg Harris. This was around the time I started booking gigs at local art galleries and restaurants with some of my teenage peers.

The rest of High School was spent at Jefferson County Open School. During that time, I supplemented music education with Colorado Conservatory for the Jazz Arts, since JCOS didn’t have many music classes. What JCOS did provide was a way to incorporate my goals into personalized projects called passages. JCOS also had mandatory backpacking trips and other great opportunities like attending the Sundance Film Festival. I recorded my first album with Rico Jones, Camilla Vaitaitis, Hudson Knott, Braxton Kahn, and Alex Heffron at Mighty Fine Studios. I mowed a lot of lawns to pay for studio fees. I met those musicians through CCJA, and the album was credited as a passage through JCOS as well. Paul and Chris Romaine founded CCJA, and are responsible for bringing an amazing community of educators and musicians together. Their love and support has been a big part of my development. Around that time, I also learned a lot about music from Eric Erhardt’s lessons. The Telluride Jazz All-Stars program was another big part of my high school development where I learned from Bob Montgomery and Joshua Quinlan.
University of Denver gave me lots of great opportunities. I wrote four original big band pieces, and at one point we won first place at the Next Generation Jazz Festival. The teachers there were amazing: Eric Gunnison, Dave Hansen, Art Bouton, Will Swindler, Steve Weist, Ken Walker, Al Hood, Mike Marlier.

We all face challenges, but looking back would you describe it as a relatively smooth road?
Some people who were very close to me in college struggled a lot with their mental health, which ended up being the inspiration for a song or two. I’m really glad to know they’re still hanging in there. I used to sneak into the Meadowlark all the time to play at the jazz jam session. Never got caught until my actual 21st birthday. I didn’t have a new ID yet, so the guy walked me through the bar and loudly told the other staff that I tried to sneak in. The musicians who knew me well saw me get thrown out, and it was quite embarrassing! Back when I was still a teenager, Mikey Smith was leading the jam sessions there. He asked me to play in the house band once but had to apologize and take the offer back when he realized I was underage.

I got to visit quite a few places growing up with my mom and little sister, including Thailand, Jamaica and Costa Rica. I think this helped me grow into a good travel partner. Studying abroad in Scotland also had a big impact on me. I met some incredible people with my travel buddies, Bridget Hartman and Caleb Amelunke, who are also great musicians in Denver. A lot of my time studying abroad was also spent practicing piano alone in the Glasgow library. There I wrote a song called Bye Forever, shortly before coming back to America where it became one of my best big band arrangements. A trap-jazz banger.

I’m still working hard to market my own music and videos, produce tons of holiday toy sounds, and be a good teacher for my students ranging from five years old to adults.

Alright, so let’s switch gears a bit and talk business. What should we know about your work?
I used to be known mainly as a saxophonist, but over the years people might have started seeing me as a producer who plays a lot of different instruments. Piano, drums, and even singing/rapping are big for me in addition to some of the other woodwinds like flute or clarinet. My EWI (electronic wind instrument) is a special synth that I can play like a horn. It’s really helped make my music stand out. I’m most proud of my last couple of albums. They were created almost singlehandedly with my bedroom studio, with a couple of tracks featuring my mom or close friends. Right now I’m performing my music with a solo DJ setup. I like to blow sax solos, rap, and do live DJ effects over my beats to create a seamless show. Hiphop, EDM, rock, and of course jazz are the main genres. I’m planning on putting my own band together later this year so that we can book more venues, and play my best compositions. I also won the commissioned composer award from the Colorado Music Teachers Association last year.

Caleb Amelunke and I have a duo project called Jesus Love Explosion that has played just a few gigs so far, but it’s very exciting experimental rock with myself on drums.

Another new band I got to play with at Dazzle recently is called Nostal-Jazz. We do nostalgic video games and television music covers. Most of the band is made of CCJA alumni.

Performing live on KUVO radio is always a huge treat, and there’s nothing cooler than hearing myself on the radio when they decide to play something from Gonzalo Teppa’s album. I’ll be playing Gonzalo’s music for a residency at Nocturne this November.

The Five Points Jazz Festival was amazing this year, and I was glad to play a set on sax and EWI with Donna Scott’s band.

The Pet Friendly Jazz Collective started with porch concerts at the beginning of COVID and has provided me with lots of jazz gigs that I’m very grateful for.

I also recorded sax and ewi remotely for a prog-metal-jazz album my friend living in Reno produced during the pandemic. The album/band is called Sandcat.

I also made a remix of a song by my friend, Mike Casey. The track has reached over 35k streams on Spotify. Citizen Dan is the best Steely Dan cover band in Colorado, and I have the privilege of playing with them at all sorts of venues.

I love playing Greatful Dead covers with Chris Thompson, another great musician in Colorado who’s had me on some great gigs, occasionally joined by Todd Schaefer of Railroad Earth.

I’m very proud of my mom who is based in Leadville now because she started a non-profit called Leadvillain Music. She’s gotten myself along with some very nice Leadville bands payed to perform through grants, donations, and working with the city.

This year I’ve managed to book several bigger shows around Denver. My skills in artist management have been developing as I organize shows with multiple bands on the bill. I really enjoy getting my friend’s bands involved and making custom posters for each gig.

I was lucky enough to record on Monk Gyatso’s big band album recently. Great funk band out of DU. We’ll be playing the Denver Botanic Gardens later this year.

Teaching is another big part of my career. I’ve been giving private music lessons on many different instruments for several years now, and I have had the privilege of directing and mentoring ensembles with CCJA.

Aside from performing, I get a lot of work from producing sound for Halloween toys and decor for Pan-Asian Creations LLC. This involves a lot of voice acting and mixing sound effects for clients such as Home Depot, and other major storefronts. I still need to find one of my holiday toys for sale at target or home depot, but I get really excited when I see someone who bought one of the items put up a review on youtube.

The only nonmusical employment I have is for my mom’s business, Venturepack Finance. I take care of pay detail for her employees using spreadsheets.

Let’s talk about our city – what do you love? What do you not love?
We have more and more music opportunities arising, and I’ve had a great time growing up here and networking with all of the folks on the scene. It’s really one of the best places for a musician to make things happen. Lately, I’ve been having a lot of fun just busking with some buddies in town. We might even make more doing that than booking a venue.

Many venues are still underpaying, and musicians are getting the same pay as they were ten years ago. With Denver’s high cost of living, this makes it very difficult for musicians. From what I’ve heard, other cities with much lower costs of living have venues that are actually paying musicians better than they do here.

We also lost some amazing venues to covid. The Crimson Room was one of my favorite places for jazz, and where I started building a great relationship with Gonzalo Teppa and some other wonderful people.

Denver is also not as diverse as I’d like, with white guys probably being the most common demographic of musicians on the scene. 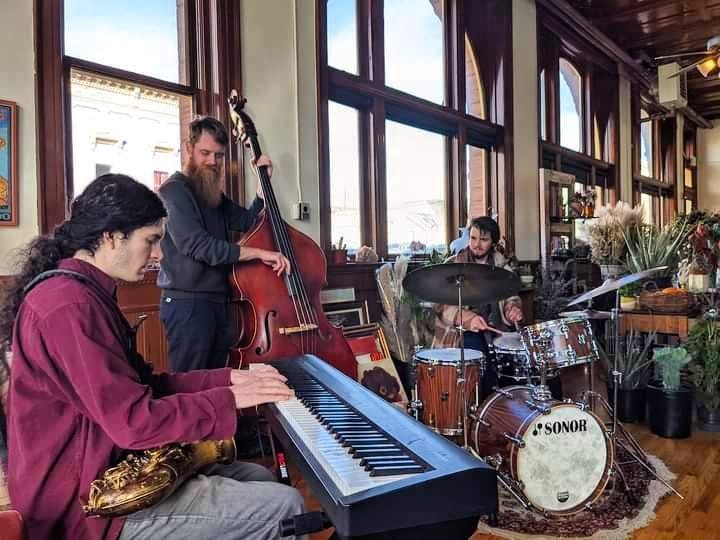 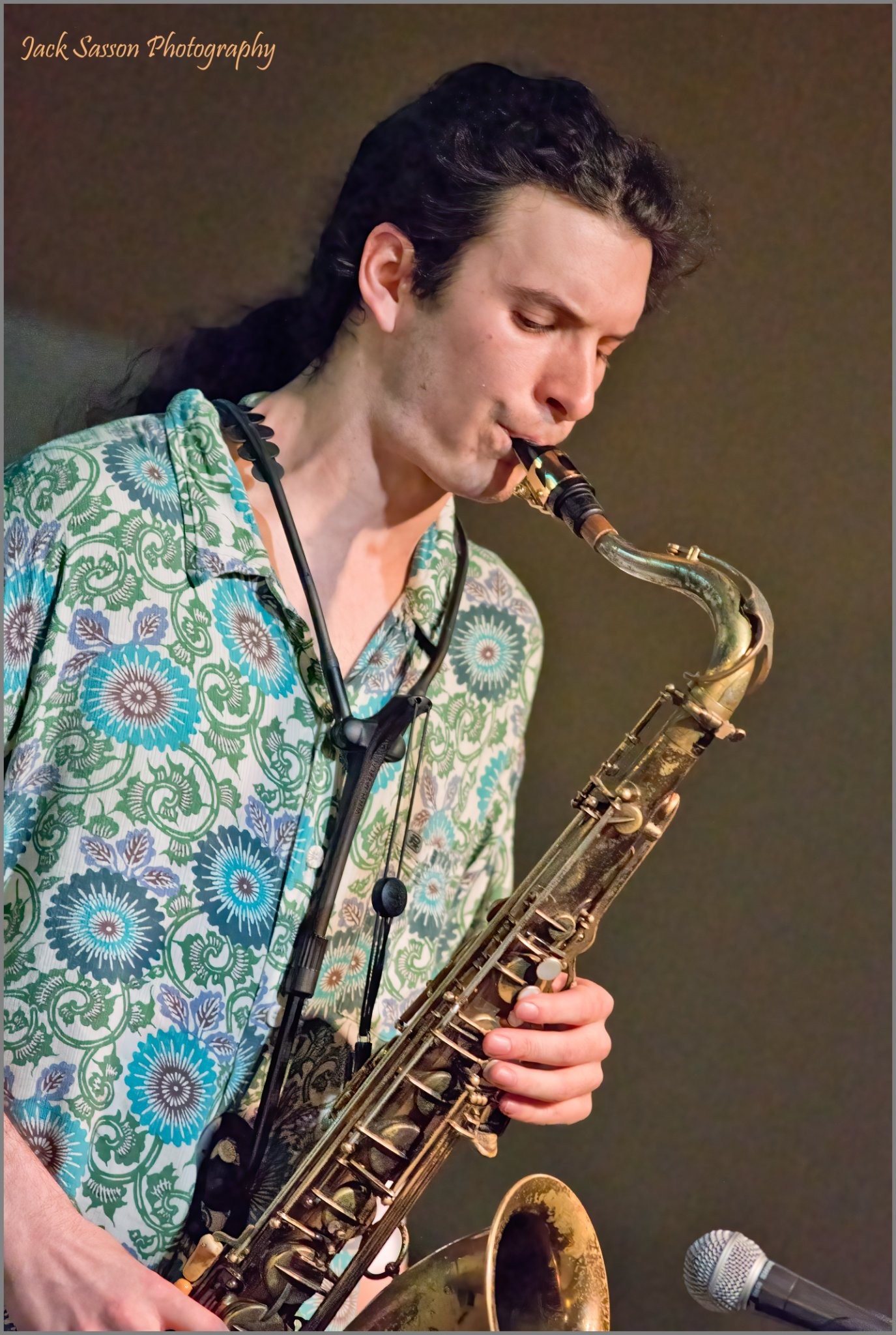 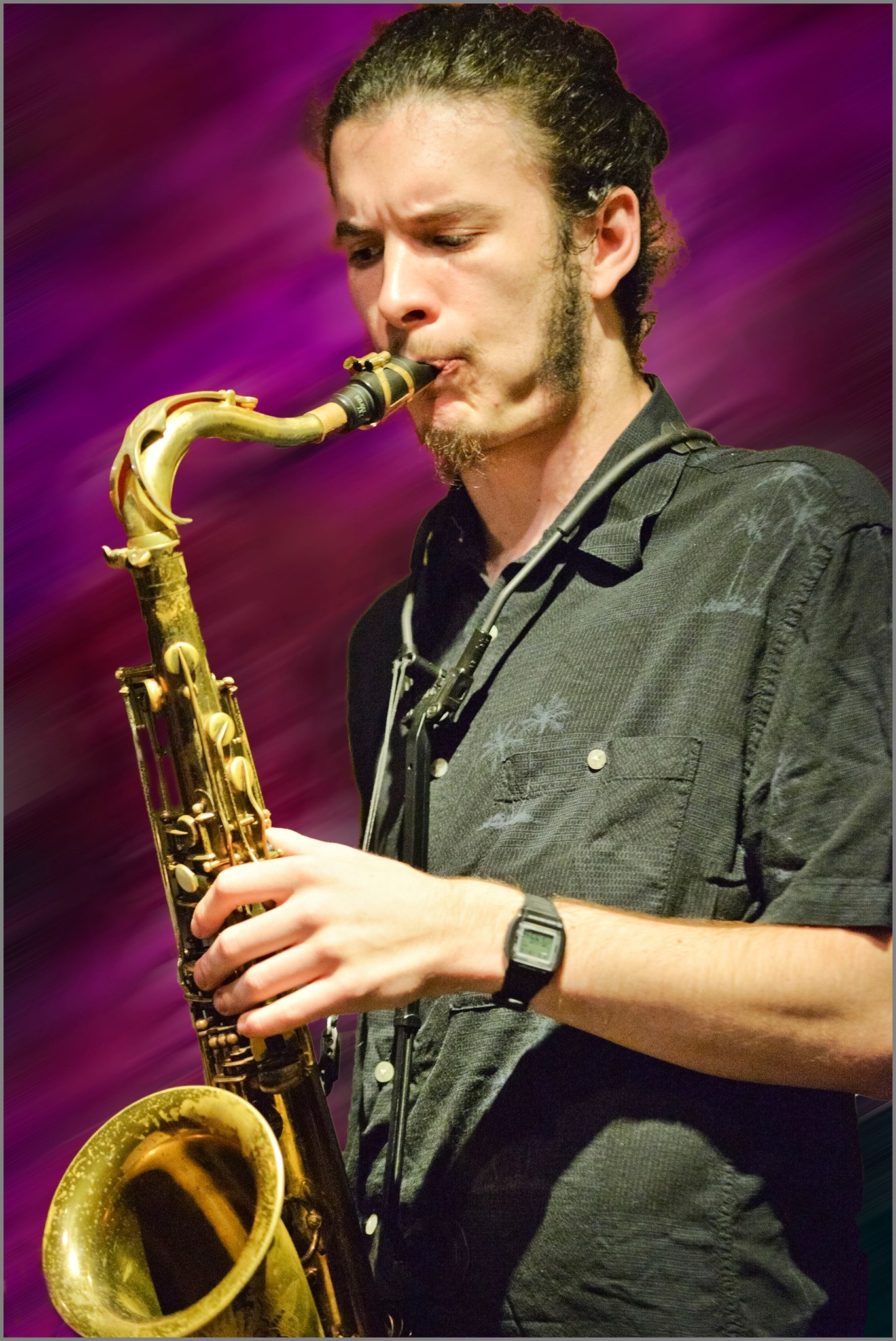 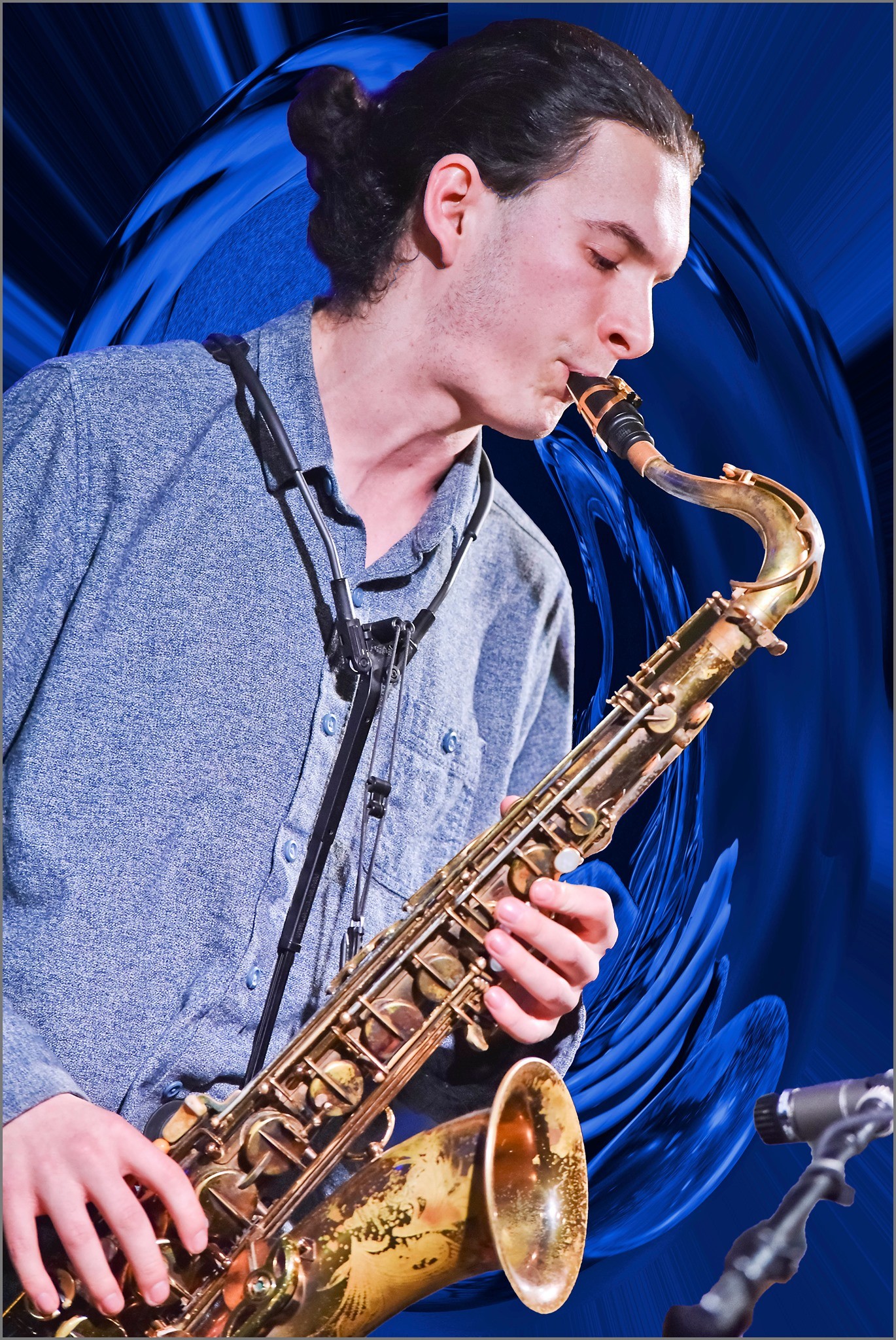 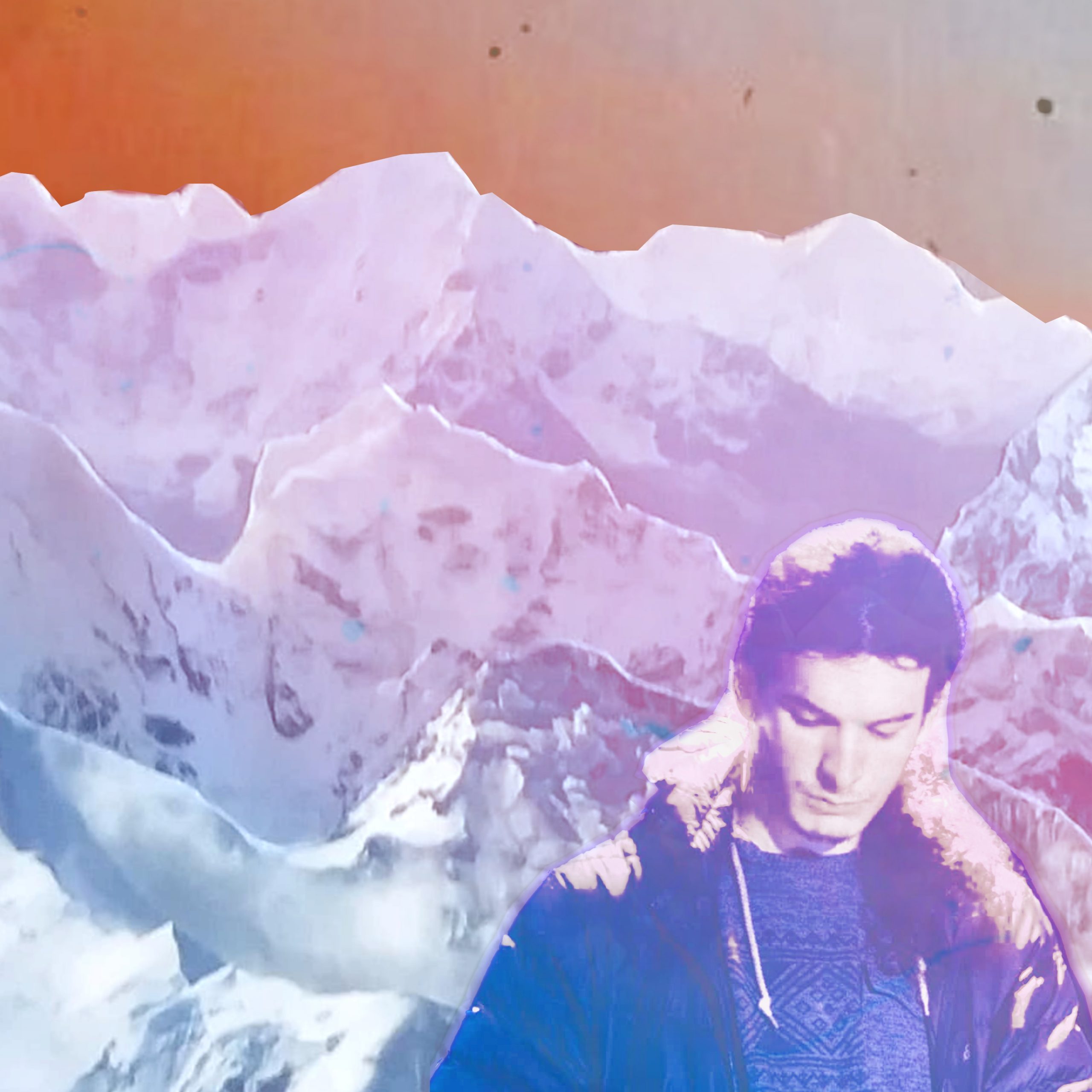 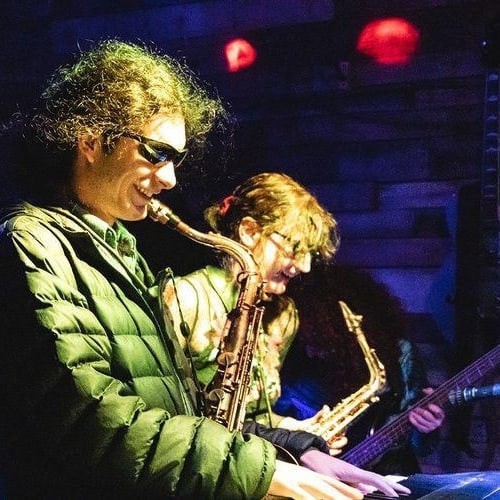