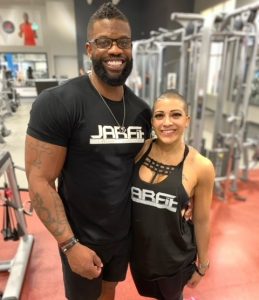 Today we’d like to introduce you to Jason Alan & Tamika Robinson. Them and their team share their story with us below:

It was after the 2008 recession and the bursting of the real estate bubble that Jason was left to figure out what was next since the loss of his mortgage business.

For four years Jason hopped from industry to industry, trying to make sense of his life and what it is he wanted to do that provided happiness, freedom and comfort. Instead of chasing wealth, in which landed him in this weird situation, he asked himself “What are my passions?” The answers were Fitness and Ministry; with a caveat of never actually wanting to be in ministry and making that his profession, he chose fitness ultimately.

Once setting his sight on the fitness industry Jason decided to compete at an NPC Bodybuilding show, while his first show was not what he had hoped for, he loved the process and proceeded to do several more. In his last local show, Jason placed 1st and won the entire show becoming nationally qualified to compete for Pro status in the sport of bodybuilding!

On a plane two weeks later Jason was headed to Pittsburgh to compete for his Pro status, and GOT IT! A New IFBB (International Federation of BodyBuilding) Pro, Jason came home to two individuals who wanted nothing else, but to be coached by him, as hesitant as he was, and them not taking no for an answer; he nervously accepted. Researching and learning all he could to make sure he didn’t disappoint the two new clients he took them from 0 to 100 real freaking quick! They both did great in their shows and when Jason publicly announced he was taking clients, JARFIT was born! November 2013.

Jason found success in the fitness industry and helping over 80 clients hit their fitness goals, learning more, researching more and developing more as a coach and trainer; even helping more bodybuilding athletes crush it on stage!

In July 2014 Jason met Tamika at a bodybuilding show; worried about his athlete being beaten by her he paid careful attention to her on stage a realized she didn’t have a coach. Tamika was up there on stage with sheer luck, talent and a relatively low body fat percentage! Jason knew she was a rare athlete and decided to go for it, finding her during intermission to become her coach. Surprisingly it worked! Tamika was thrilled and hired him three days later and prepped for 5 different shows with him that year.

It was a whirlwind, but so much fun; show after show! Finally, Tamika went to get her pro status and ultimately ended up 28th out of 32! Devastated doesn’t even come close to what she felt, but it was a lesson that stuck with her and propelled her in her fitness journey because a year later she ended up at that same show winning the whole thing and her Pro status!

2016 Jason decided to bring on a business partner; IFBB Pro Tamika Irvin. Making JARFIT the first bodybuilding and personal training company to have two Pro’s as trainers. Tamika went and completed a personal training certification and even though she was hesitant about making the jump from corporate America to full-time entrepreneur, but she was ready to be a great business partner and do what she could to help the business grow!

We are still growing today because we understand that fitness isn’t just one thing and one thing doesn’t fit all. Our methods and the environment that we’ve cultivated within JARFIT help clients see that they can be a masterpiece and work in progress all at the same time. It’s a grind, but because we do what we love, with who we love we never actually work.

We all face challenges, but looking back would you describe it as a relatively smooth road?
Oh, I wish it was a smooth road, but it has been bumpy, slick and a little windy at some points. We’ve struggled on finding the right investors because they don’t understand how the fitness industry works and only see the fun side of fitness, but not the work that it takes to run the actual business. We’ve worked with website companies that drained us; 10 grand for a website that didn’t work properly (this one still hurts a bit)

Covid was also a temporary struggle, because our gym closed we didn’t have anywhere to train clients and ended up pivoting to virtual training sessions- which was both fun and scary. Finding app developers, working with virtual marketers, and hiring the right trainers.

Literally, there have been so many things, sometimes we still can’t believe we made it through! We stay counting blessings!

Thanks for sharing that. So, maybe next you can tell us a bit more about your business?
JARFIT is a health and weight loss company dedicated to helping people reach and exceed their fitness goals. We know that everyone is unique and so are our custom nutrition plans and workouts! Our coaches specialize in helping clients discover their strengths, live healthier and achieve optimum performance in life!

JARFIT is known for its positivity and energy; we just bring about good vibes!

What sets us apart is the culture and environment we’ve cultivated; this is also what we are most proud of! Everyone we work with is vastly different; but we can all come together in the realm of fitness and be one with one another! Everyone is welcomed and everyone here supports you just as you are and who you want to be!

At JARFIT, we don’t just train bodybuilders; they actually make up 20% of our clientele whereas 80% is actual lifestyle clients just wanting to getting in shape for vacations, weddings and life in general!

We’d love to hear about how you think about risk taking?
Jason is all about risks – “GO BIG or go home” He literally thrives on being uncomfortable.

Tamika on the other hand takes calculated risks, but as a great teammate and wife, she will support the big risk with optimism and will do her best to crush the goal at hand.

We have taken several major risks together and by the grace of God they have paid off. But we recently started a new company- a supplement company: Prodigy Performance. It has been a learning curve to say the least but we are learning and figuring out and sometimes we are flying by the seat of our pants and hoping we figure things out.

Risks are great to take and if you’re going to do it then you’ve got to be all in, not one foot in and one foot out. 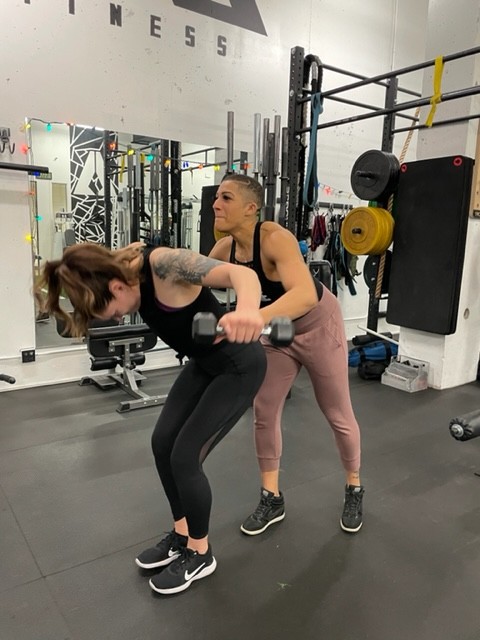 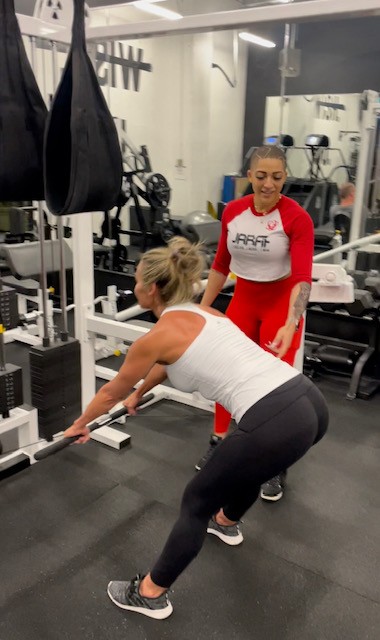 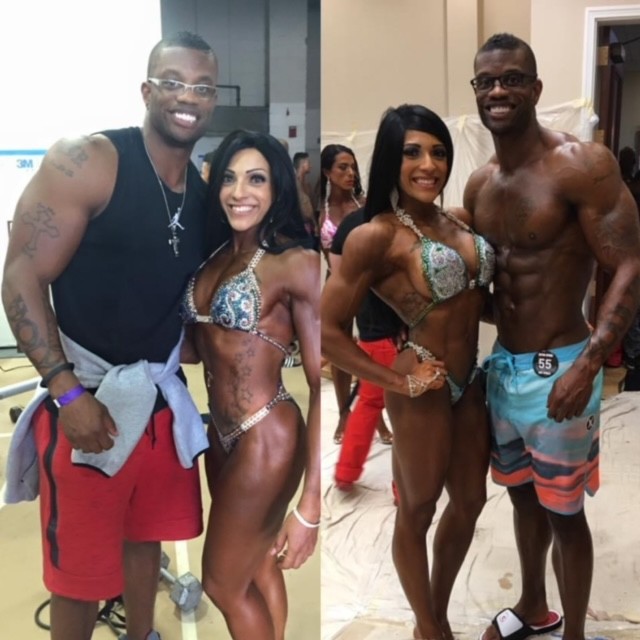 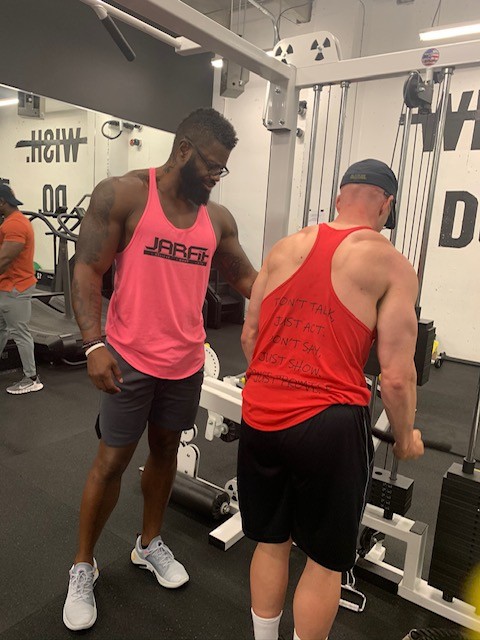 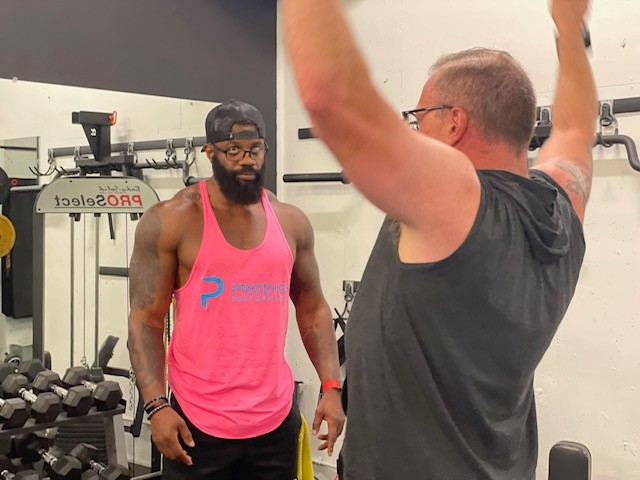