Conversations with the Inspiring Callen Liverance 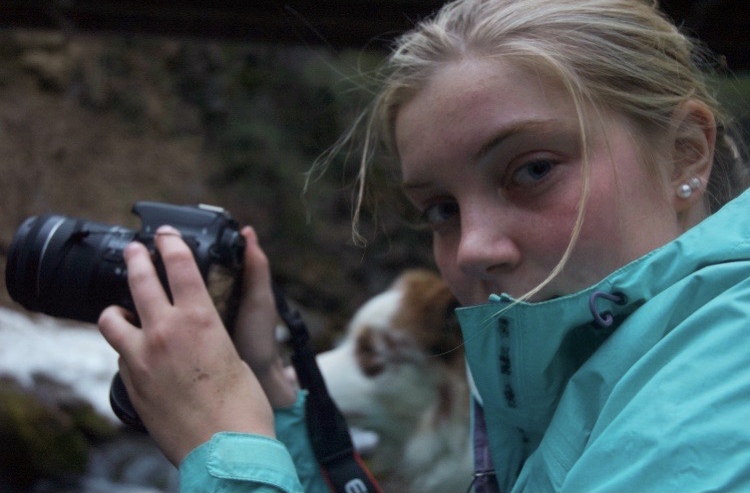 Today we’d like to introduce you to Callen Liverance.

Callen, can you briefly walk us through your story – how you started and how you got to where you are today.
I’ve always loved capturing little moments for my friends. My first real camera came into my possession when I was 16, and became my constant companion. The thought of, “I want to be a photographer, I want to get really good at this and turn it into a career,” never crossed my mind, there was just overwhelming enjoyment looking back, seeing pictures of the people I love, mid-laugh, staring off deep in thought and reliving that time, even for a moment. The practice of constantly having my camera with me became a conversation piece and I was able to meet other photographers as well as people interested in shoots. I befriended actual photographers my age back home and started going out on “expeditions” with them. Feeling like I was good enough was fleeting, so I would often just take photos of my friends taking photos, behind the scenes, capture the little moments.

Fast forward to 2018, I was still running around with my camera taking pictures of my friends in my free time, while also working at a coffee shop, the Alleycat in Fort Collins, Colorado. One of the people I was lucky to call a coworker was Caleb McFadden, frontman of Chess at Breakfast. When he became aware of my enjoyment in taking photographs, he invited me to take some of his band. They even insisted on payment, despite not seeing any of my past work. I told him I had yet to shoot a concert, but I would give it a whirl (and that there was no way I would accept payment from him). That first concert with Chess at Breakfast rocked my world in more ways than one. The raw energy and unpredictable movements made each photo the ultimate scene to capture. It was the first time I felt like I knew what I was doing, even though I was making it up as I went.

Suddenly, all pictures of my best friends dancing around their kitchens, high school boyfriends blowing vape clouds, the behind the scenes while “real” photographers worked, were there to guide me. The band liked my work so we continued to work together. I still did not consider myself to be a photographer, though. I was just a friend of theirs who happened to own a camera and they would pay me because of it. Then, other local bands started reaching out to me for photos and suddenly, I had a business that I never expected.

It’s been about a year and a half since that initial Chess at Breakfast concert and I have been lucky enough to take photos of some of my favorite bands as they pass through Northern Colorado, launch my website, callenliverance.com, and continue to meet so many talented musicians, fellow photographers, and artists. I could not be more thankful for all the opportunities I have been given but I still don’t consider myself a photographer. I just happen to own a camera and get to capture the little moments for all the wonderful people I am surrounded by.

Has it been a smooth road? If not, what were some of the struggles along the way? Any advice for other women, particularly young women who are just starting their journey?
Despite doing what I love while being surrounded by amazing artists, it’s not always a cakewalk. There is a lot of sexism in the music and media industry and I find myself having to defend myself as not only an artist but a person in a way that my male counterparts do not. On multiple occasions I have been approached by strangers at shows and asked which band member I had to sleep with in order to “score” the gig I was working, I have had band members hire me to work their show but offer me to take me out to dinner, for drinks, or simply just sleep with me instead of paying me, men wait for me outside of venues after shows, and of course there is often unwanted, unnecessary touching, more than the common contact you expect at shows. Many “DIY” Venues have taken it upon themselves to make sure everyone feels safe and no one is being harassed but it is harder to keep an eye out in a larger venue. Because of this, my advice for other young women in this industry is befriend the security guards. Their job is to keep everyone, including you, in the venue safe but they’re also cool people to talk to in general and if they know you they will be more likely to see you in the crowd. Knowing where security is posted (as well as the exits) is always a good idea and never be afraid to ask for help. Your safety is your top priority.

We’d love to hear more about your work and what you are currently focused on. What else should we know?
While I still shoot portrait, product, and editorial photography on the side, my favorite and strongest area of work is my concert photography. With concert photography, I feel as if I’m consistently being challenged by my subjects, especially when I get the opportunity to work with bands/musicians that are full of energy and constantly mobile. I feel as if I only have a small window of opportunity to take an amazing shot of what could be a once in a lifetime moment. There’s no ability to ask for poses in the moment, so I have to depend on reading body language and what I know about musical theory to predict when a great shot is coming. When I can, I put a lot of work in beforehand so even if I never get to meet the band personally it feels like I know them. The entire drive to a shoot I blast whatever band I’m working with that nights music so I know the songs layout and can be in different positions for all the little rises and falls. I’ll YouTube and social media stalk for hours and watch live concerts to see how bands change up their sound for live shows and if they have any choreography (no matter how small) and patterns while on stage. The hours I spend studying, forming a stronger connection to the bands and their music have helped me set myself apart because it shows how passionate I am about capturing the moment for these artists.

Do you have any advice for finding a mentor or networking in general? What has worked well for you?
One of the best ways to get started is to email the opening bands for larger artists you want to work for. They are always appreciative to get photos of themselves. Since many of them are up and coming, the openers usually pass through town again and often reach out to shoot again. This also gives you the opportunity to take photos of the headlining band which can get you more recognition if they post your work.

I’m still learning that the worst thing anyone can say is no. More bands than I can count have turned me down or simply just not responded since I started this business. That hasn’t stopped me from sending out hundreds of emails asking if I can take photos and it makes the artists who do want to work with me even more meaningful.

So reach out to that photographer who’s style you think is cool on Instagram, they’ll probably love the recognition. Email bands that you think are way out of your league, you never know if they’ll say yes. At the end of the day, don’t let yourself get discouraged. 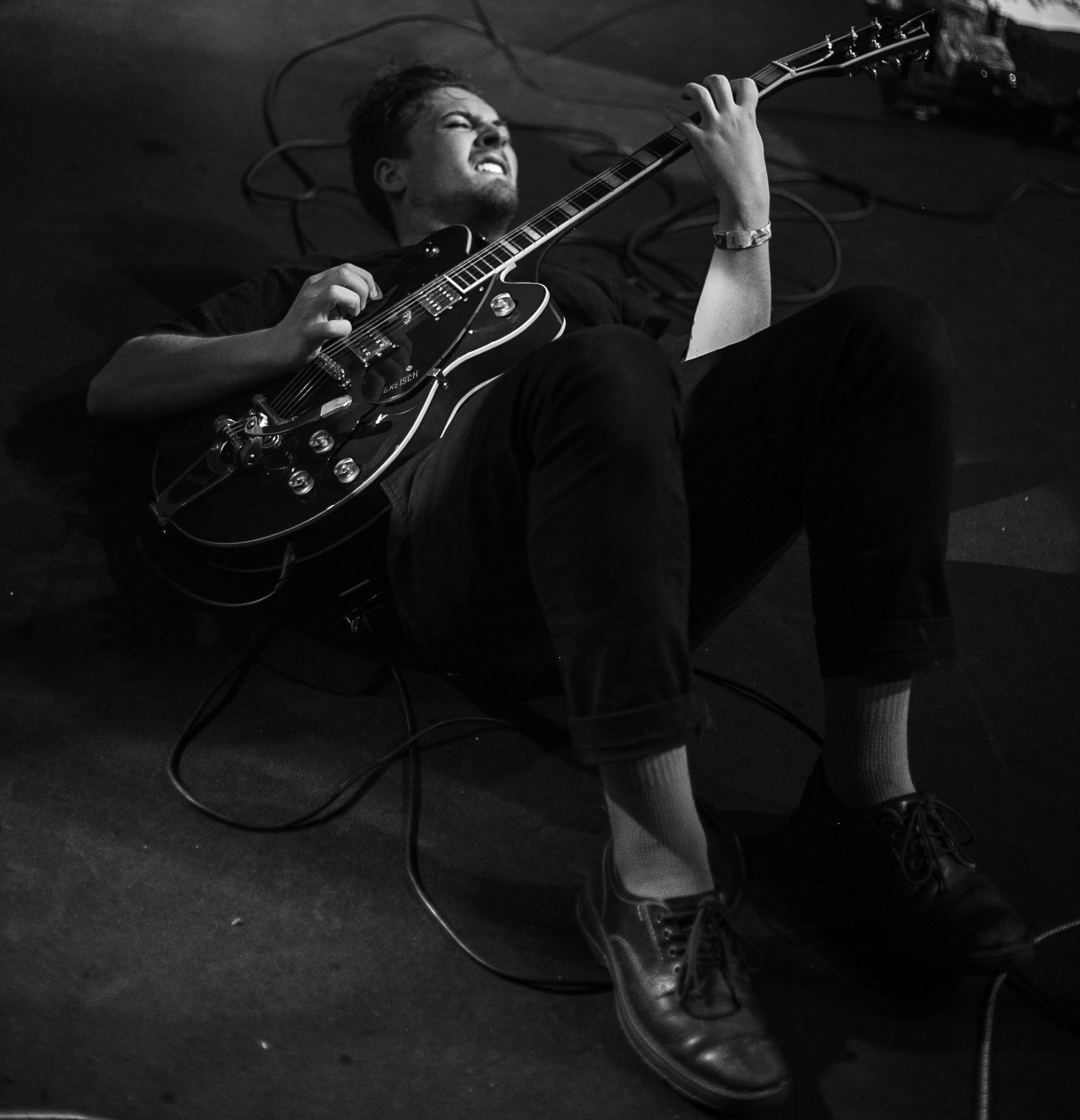 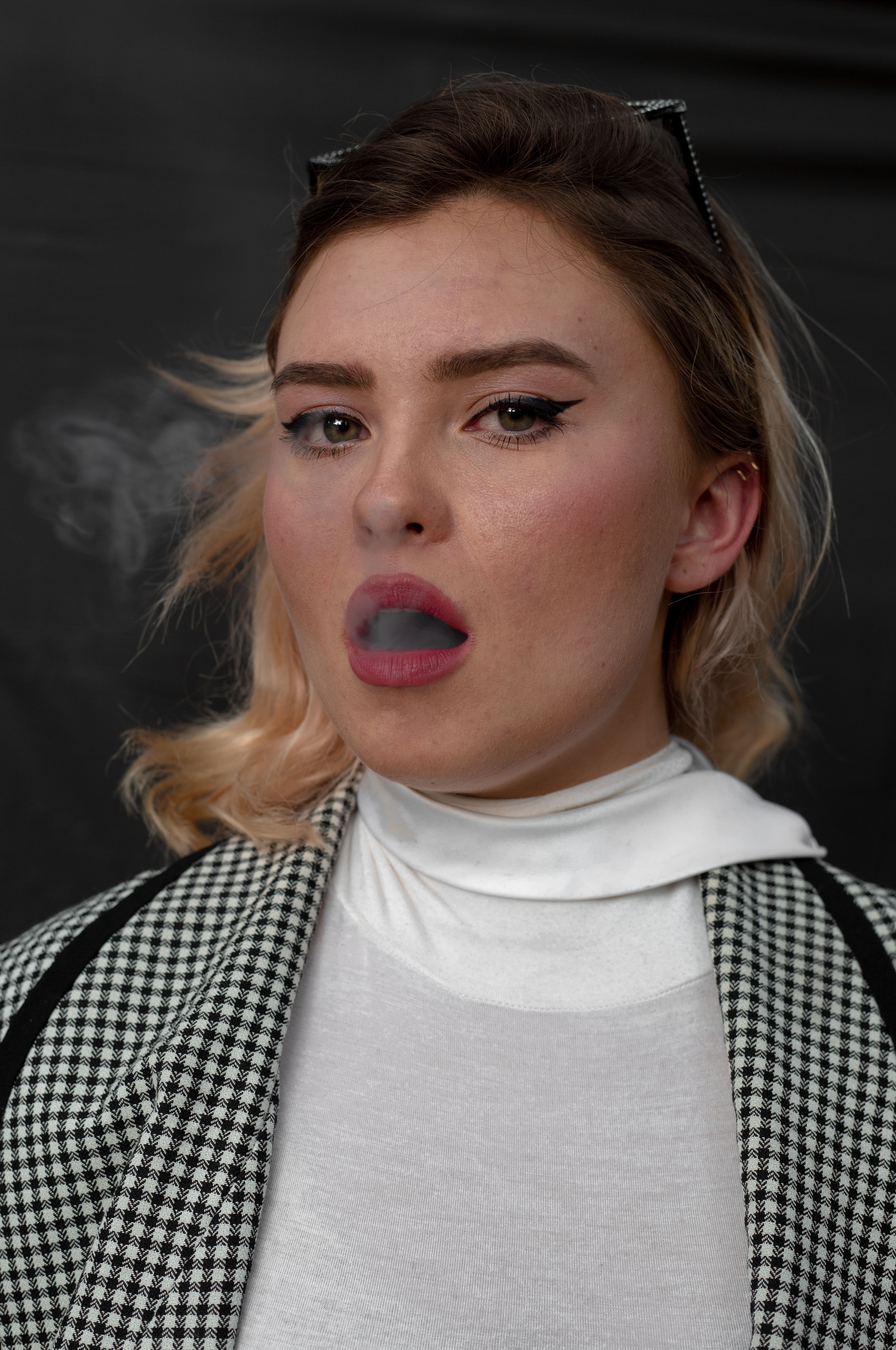 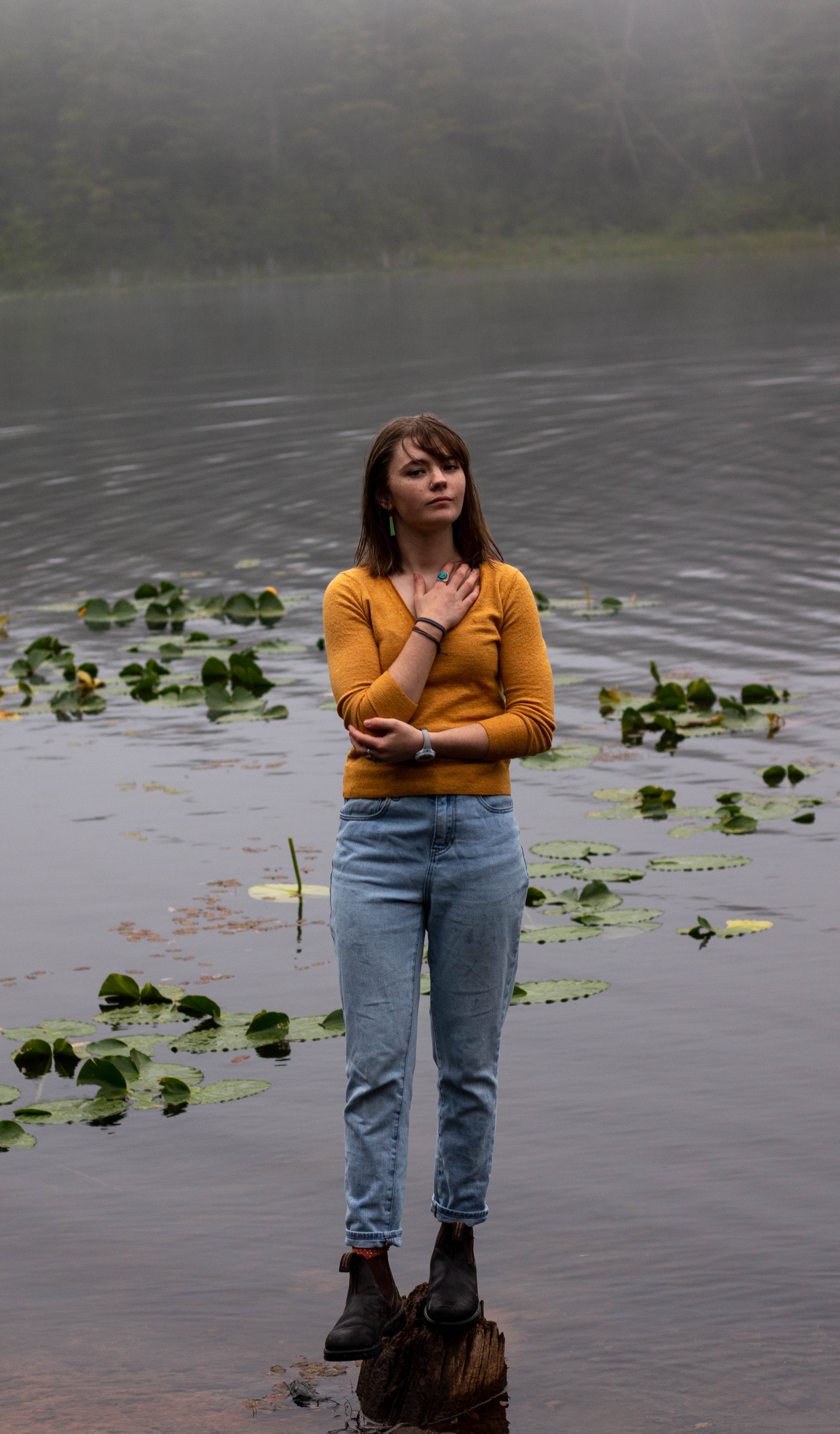 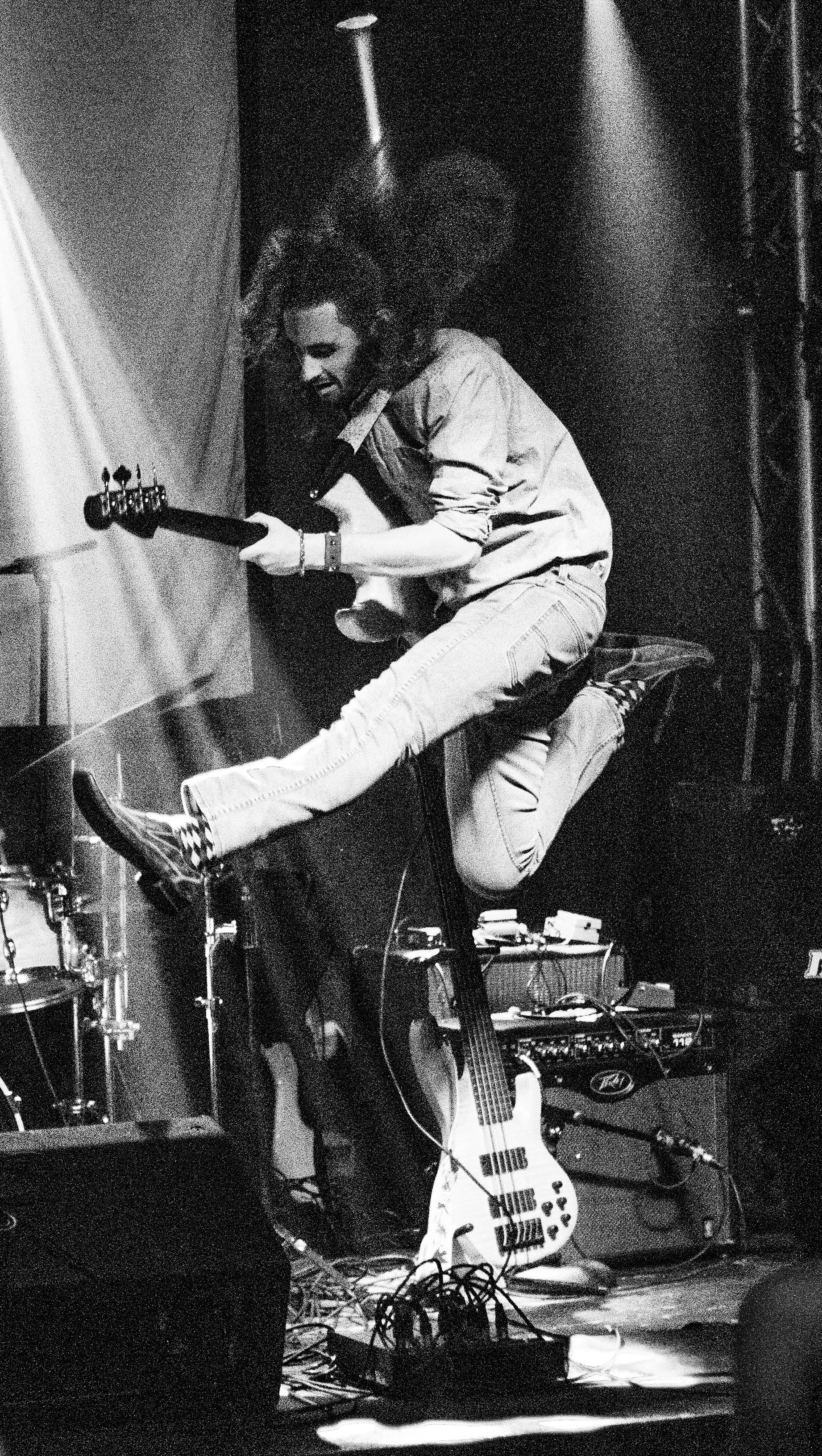 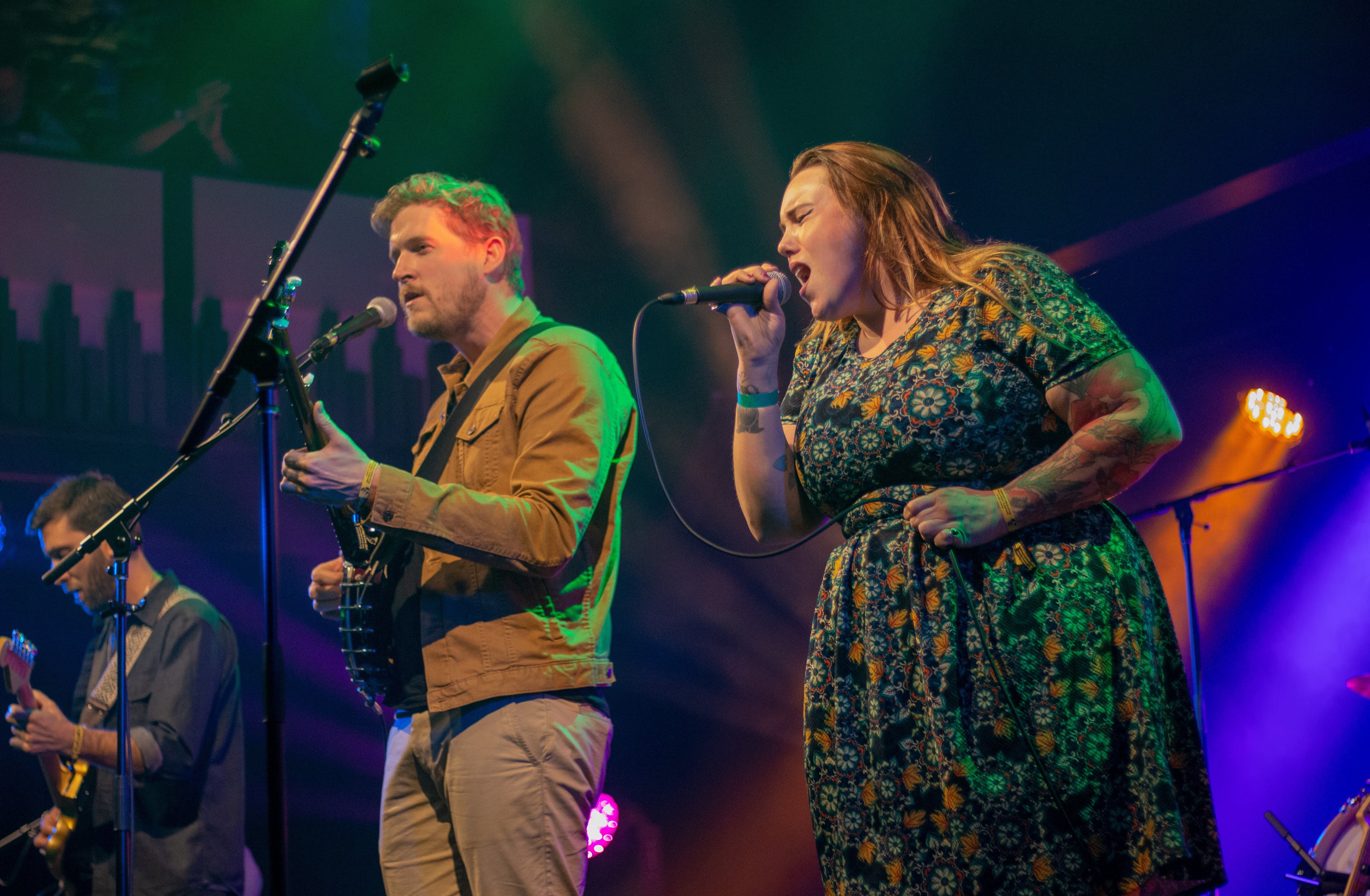 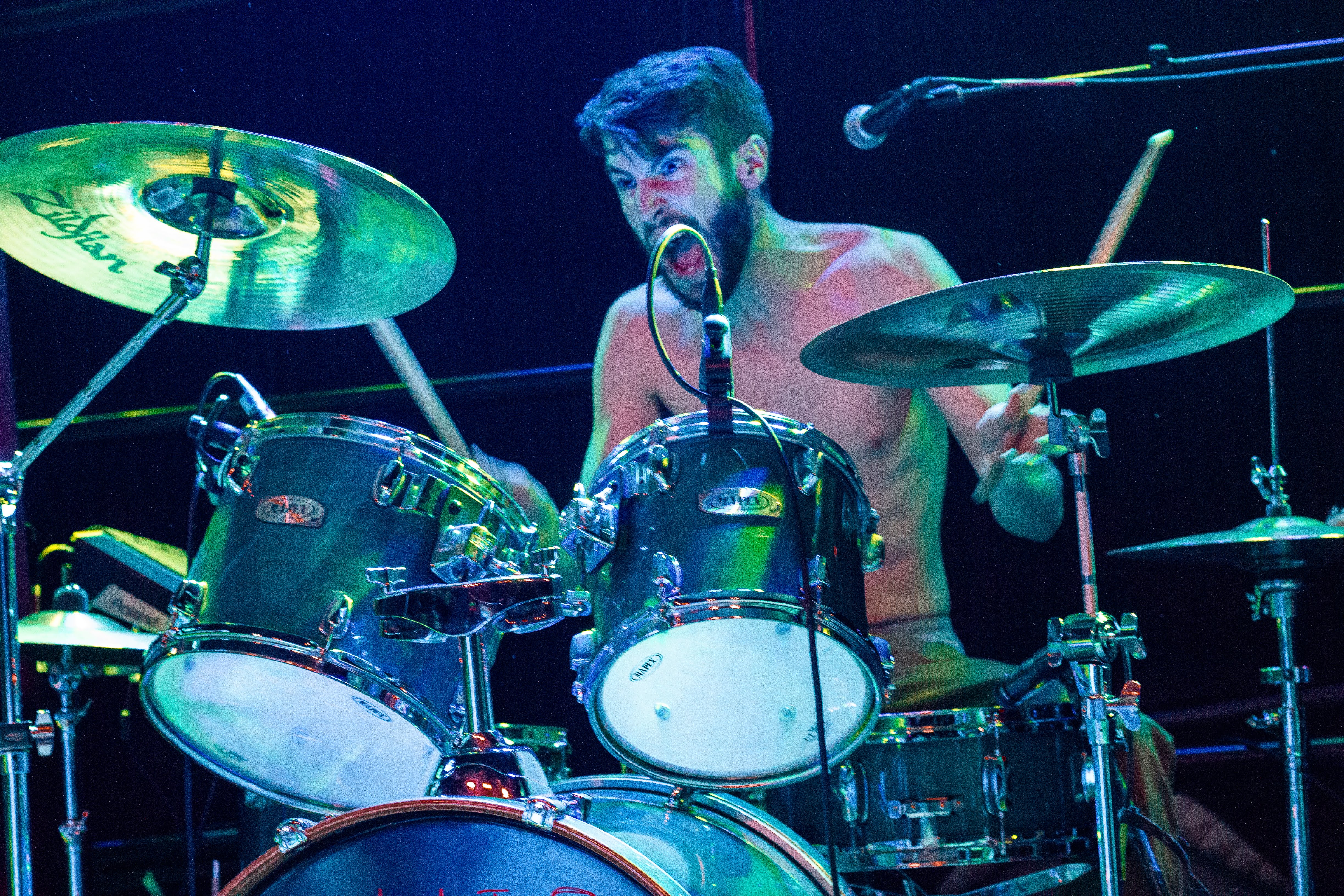 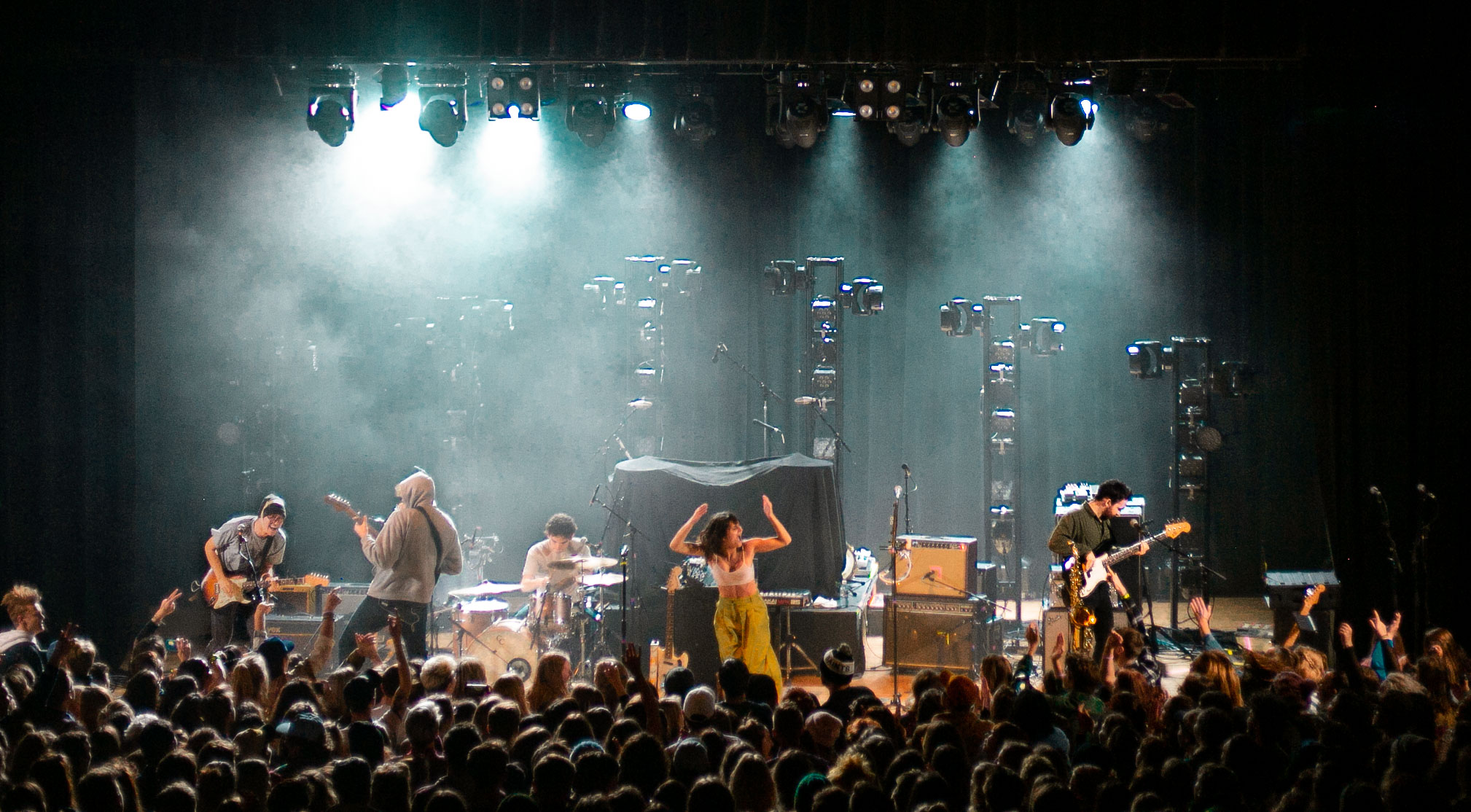