Conversations with the Inspiring Laura Wolf 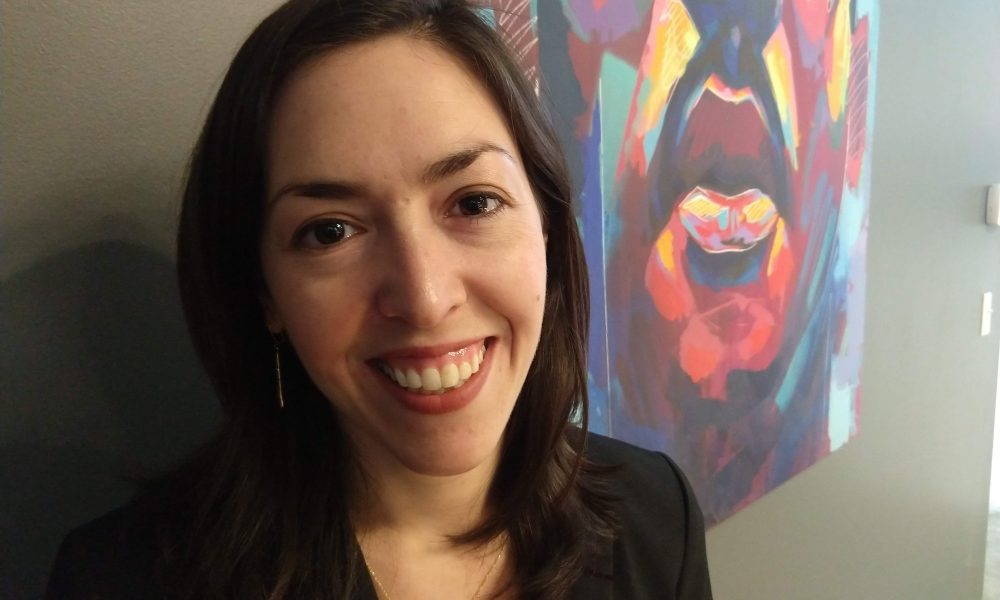 Today we’d like to introduce you to Laura Wolf.

Laura, can you briefly walk us through your story – how you started and how you got to where you are today.
I always knew that I wanted to devote my life to advocating for other people, I just wasn’t sure in what capacity. Perhaps unsurprisingly, I became a civil rights attorney.

My story of how I got here is typical in some ways and very different in others. I went to law school having known no lawyers, which wouldn’t be saying too much except that I enrolled at Harvard, a place where most people’s parents or relatives not only work in the legal community, they run the legal world. I understood little of that and even less about how to get where I wanted to go.

It’s a bit hard to hold onto your ideals of becoming a civil rights attorney while at law school. At Harvard, law firms try to set you up with a lucrative job while you’re still in classes, long before any civil rights firm or non-profit organization is able to know their needs and extend an employment offer. Luckily, I was fortunate enough to clerk for a federal judge immediately after law school, which gave me time to look for the right opportunity.

It was my clerkship that brought me out to Denver, a city I had only ever “visited” through a layover in its airport. Luckily for me, the Denver legal community is incredibly welcoming, and soon enough I was connected to a woman who is now one of my mentors. She was the person who told me about the top civil rights firm in the state: Rathod Mohamedbhai. At the time, I had no intention of staying in Denver, with plans to move back east after my clerkship. However, when a decade-long series of events caused an entire federal agency to lose its hiring authority – meaning that I was suddenly out of a job – I had to start fresh. After bumping into another federal clerk in the Starbucks across from our building and telling him what had happened, he insisted I send my resume to Rathod Mohamedbhai. We sat and spoke for two hours before I was convinced to do it. And the rest is history. (Well, almost.)

Despite setting up a meeting with me, the firm made it clear they were not looking to hire. They had just extended an offer to a woman in New York who would be moving to Colorado after her clerkship ended in September. However, it was April 2015, and the firm had a trial coming up in October that needed a full-time attorney on it ASAP. While I was also slated to the clerk through September, my judge knew how important it was for me to find the right fit, and he saw how I was glowing after my non-interview interview. In a monumental act of generosity and kindness, I will never forget (and which is truly unheard of), my judge allowed me to leave my clerkship three months early to pursue my dream job. Four years later, I was asked to become the first female partner at the firm.

Has it been a smooth road?
Anything that doesn’t challenge you doesn’t make you grow. That’s both a career mantra of mine as well as a motif that runs throughout my workout app, ha. But in all seriousness, of course the road has not been smooth, nor did I expect it to be.

My first two and a half years at the firm I worked nonstop. I worked longer hours, later nights, and more days than I – and my team – could have imagined. Even my managing partners were concerned for me, but at the same time, we all knew it was simply the luck of the draw. Somehow, my first three cases at the firm were my career-changing cases, breaks people wait years, if not decades, to experience.

I went to trial on my first case and helped secure the largest single-plaintiff verdict in a sex assault case in the history of the state: a $4 million jury verdict with an addition $2.1 million judgment secured through post-judgment briefing. After taking about four weeks to relax (and by that, I mean having a regular caseload), I was asked to work on behalf of approximately 140 Somali refugees who had lost their jobs when their employer allegedly banned prayer at work. That case took over my life for another seven months before finally calming down, though it ultimately took almost three years before settling for over $1,650,000. The following month, my coworker went out on paternity leave, passing off to me what seemed like a serious but small-dollar housing discrimination case on behalf of three plaintiffs. We had to quickly go about filing a lawsuit to prevent the eviction of our clients, which catapulted us into nearly three-year-long litigation that settled for $1 million on the eve of the trial this past May. To put it into perspective, that first case came to me on my first day at the firm. The second case came to me just six months in. And the third ended up on my plate when I had been at the firm for just over one year. As you can imagine, the road to success is exhausting, and it was certainly not smooth.

With respect to the two cases that ended up in litigation, I was not only running these lawsuits as a newly minted attorney, but I was doing so while managing the day-to-day battles of working with incredibly aggressive, sexist, and demeaning male opposing counsel. To this day, my colleagues agree that they had never seen anything like what I had gone through in my first three years over their 15+-year-long careers.

Of course, a large part of what I experienced was on account of my being a woman. On top of that, I was a young woman. And the cherry on top: I was an effective and successful advocate. Now imagine intermingling those qualities with men who had little respect for women coupled with antagonistic personalities. These men impacted every part of my day-to-day life, from my work to my sleep to my eating, and their tactics resulted in an inability to engage in any true form of self-care. And when I say my “day-to-day” life, I mean it; their attacks were relentless, even coming in on weekends and holidays.

I am lucky because I have such an amazing team of successful lawyers behind me who will speak up on my behalf, and that includes men. My advice for all of the women going through this in their legal careers – which is most women, regardless of age – is to find allies. It is incredibly important to have allies who will openly and vocally stand up for you. And it is essential to have allies in your actual workplace because they are the ones who can speak up for you in these moments. Having this type of support has been a critical factor in my success, and it is something that young women should seek out as they begin their careers.

Please tell us more about your work, what you are currently focused on and most proud of.
My work is simple: I advocate for people whose civil rights have been violated. I advocate for children who suffer abuse in their schools, for individuals who have been harmed or who have lost loved ones at the hands of the government, for workers who have been discriminated against in their workplaces, for tenants whose rights have been violated at the hands of their landlords, and for any other person who has suffered from coercive uses of power. I cannot imagine practicing law in any other field, and I am honored that I have been given the opportunity to do this work.

Both myself and my firm are known for achieving unparalleled results in our cases. I have been blessed with a team of truly inspirational, brilliant, and motivated attorneys as we work together toward a common goal. I would not be nearly as successful without the team I have around me, and I could not be more grateful for them.

It would be great to hear about any apps, books, podcasts or other resources that you’ve used and would recommend to others.
One thing I make sure to do every day is my daily workouts through an app I love. I have been doing daily workouts for a year and a half now, and it’s been life-changing with respect to how it’s helped me make time for myself and start each day with a clear head. I highly recommend exercise for anyone in a busy industry, and this is coming from someone who hadn’t even bought a pair of running shoes before moving to Colorado. Throughout three years of law school, I went to the gym a total of two times. So if you’re reading this and think exercise just isn’t your thing, trust me, I never thought I’d get into it in my early 30’s.  My preferred app is Tone It Up, and you should use whatever works for you.

As for my sources of inspiration, they really come from the people around me. I have many mentors who I learn from both directly and through observation. I am not knocking books or podcasts, I just simply use them for entertainment and relaxation more so than for doing well at my job. If you want some recommendations, I absolutely love fiction by Nicole Krauss and David Mitchell, and I’m all about Planet Money and Radiolab for podcasts.  I also just finished the series “The Dropout” about Theranos and Elizabeth Holmes, which I found fascinating. 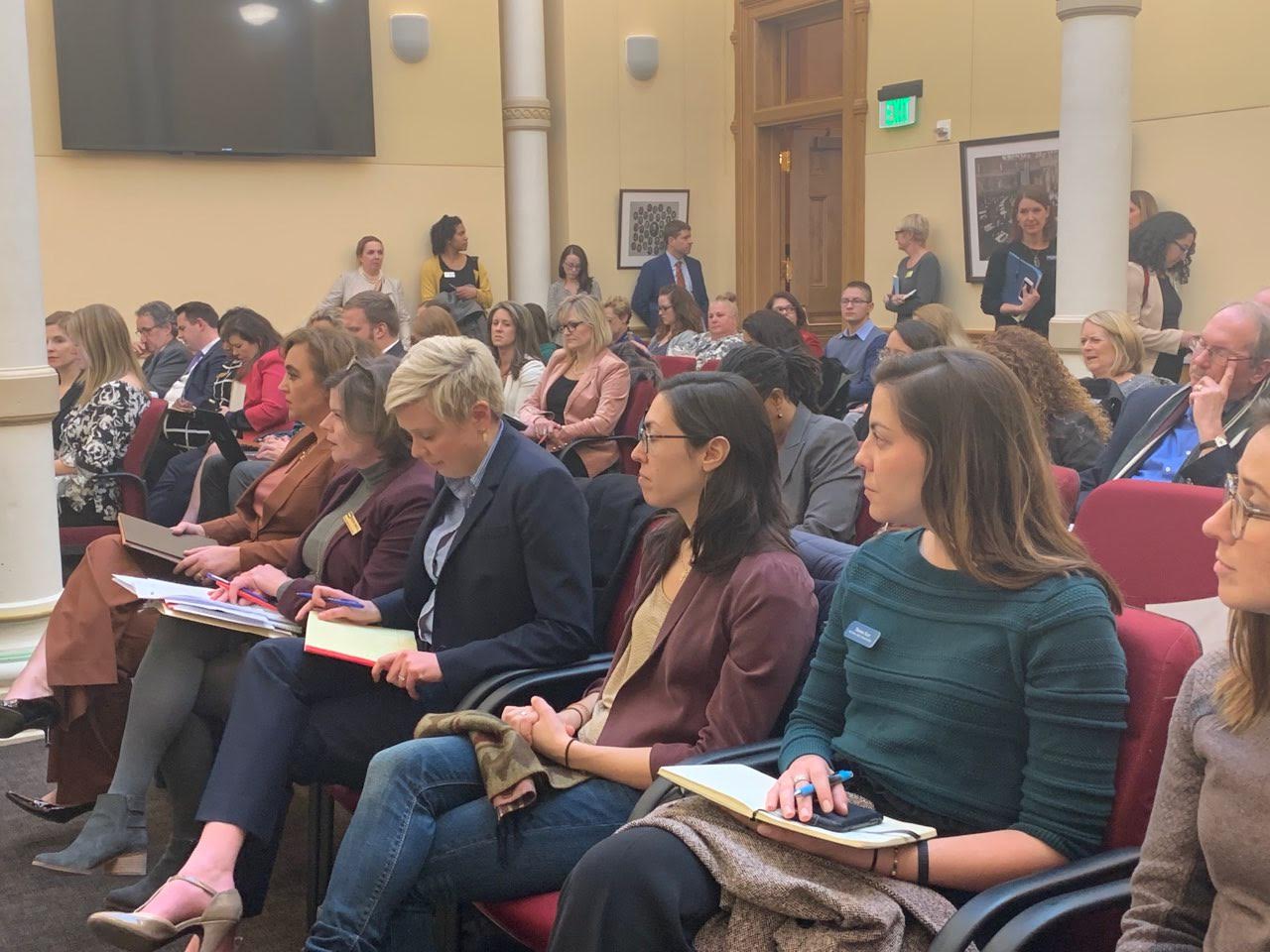 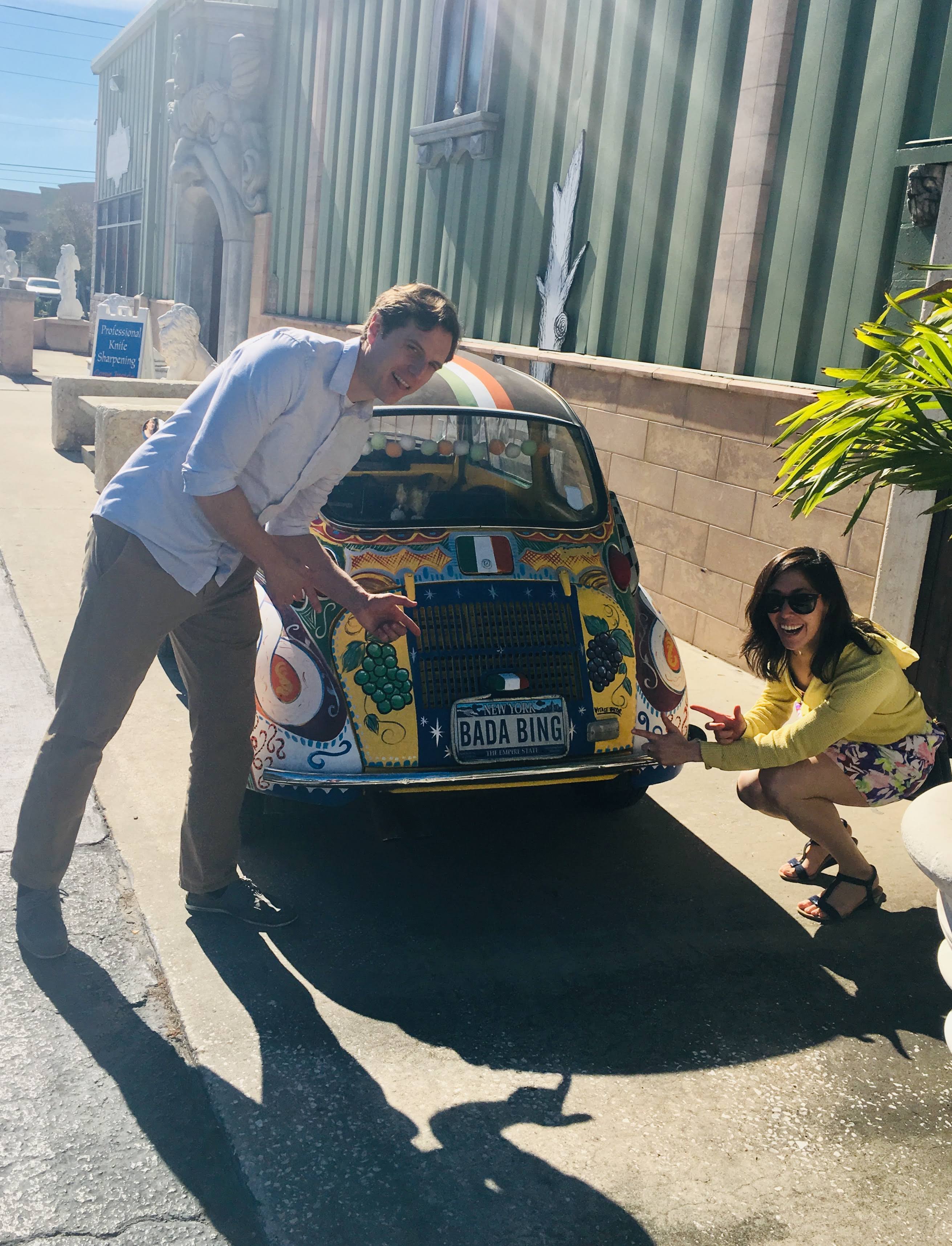 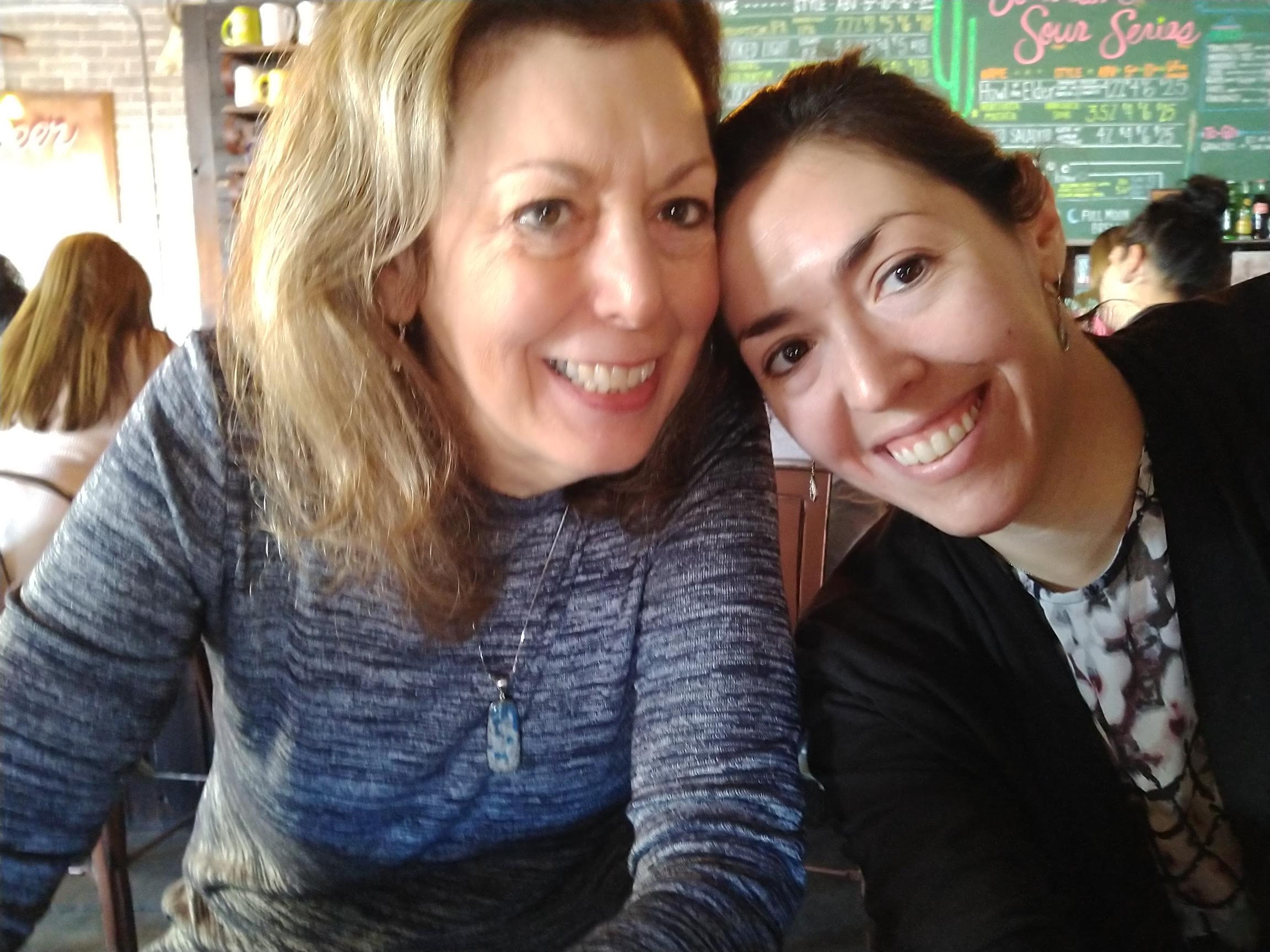 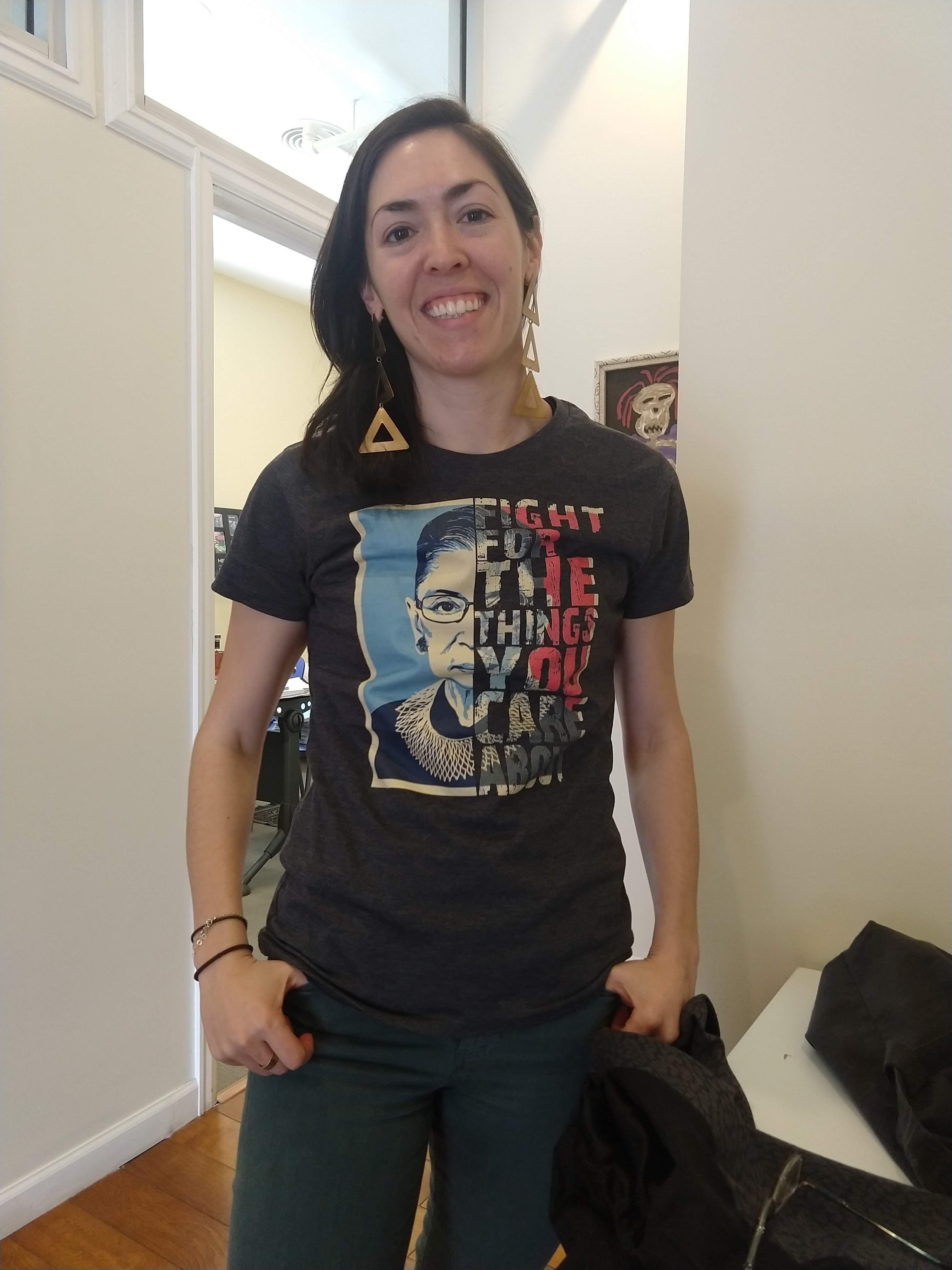 Image Credit:
Taken by friends and family of Laura Wolf