Conversations with the Inspiring Olive Moya 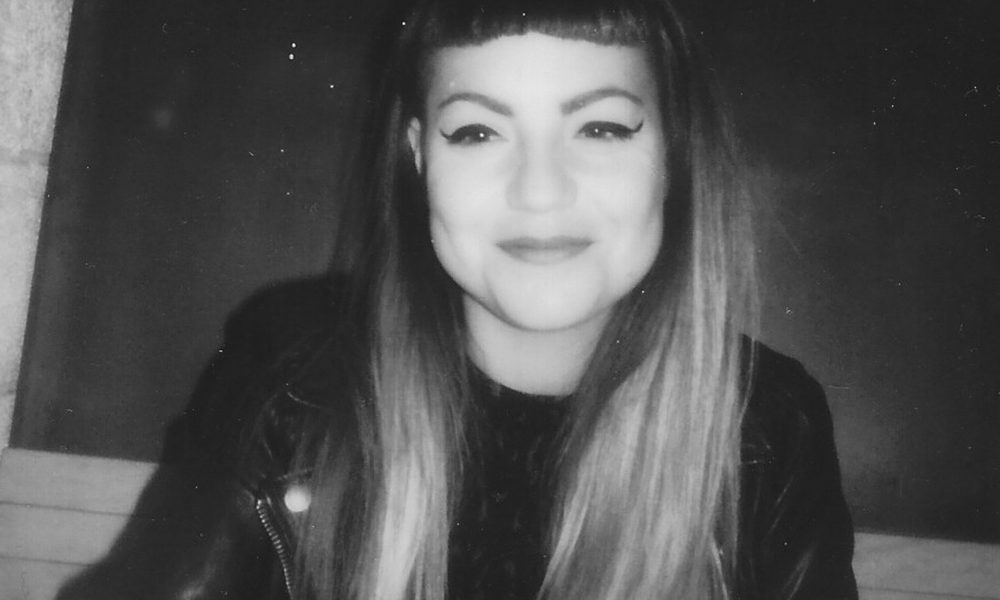 Today we’d like to introduce you to Olive Moya.

Thanks for sharing your story with us Olive. So, let’s start at the beginning and we can move on from there.
I’m originally from Southern California and received my BFA from Otis College of Art and Design in Los Angeles. I bounced around studying Fine Art and Illustration- I always felt like I had one foot in each and I think it’s apparent when you look at my work. I accidentally fell in love with type and lettering because I took a Typography I class; my professor suggested that I hand-draw each tiny letter of 12pt. Baskerville font for my type specimen poster. I became interested in painting murals at some point and focused my thesis project on painting transportable murals to put up around the city.

After graduating, I worked as a receptionist non-profit Nature Photography Gallery in Venice, a graphic designer for an independent book store, and a few different artist assistant jobs. I’d come home from work and paint. I didn’t know what or who I was working for but I always felt the need to keep making things. But it was a couple of years after graduating and I felt stuck.

When my boyfriend (now husband) received an offer for a job in Denver, we packed up and left. I never thought I’d leave home, but I was ready to get a different perspective. I don’t know what I expected but, after the excitement wore off, it was hard and lonely. I got a puppy, got a job painting signs at Trader Joe’s and then out-of-the-blue decided to start screen printing my own products.

I invested in all of the equipment, created a bunch of designs and printed cards, tote bags, shirts, prints, etc. and sold them at various market booths. I thought it was my calling. Spoiler: not so much. I enjoyed talking to customers and feeling the love when someone connected to what I had made, but ultimately I hated the pressure of making something that EVERYONE would like in order to make it worth my time. I met some awesome artists/crafters in the process and have never regretted it.

After I had my son, my work became almost entirely abstract. My first mural in Denver was at the Pecos location of Huckleberry Roasters, where I would hang out and sketch. They reached out to me and pretty much gave me full creative freedom. It was the dream I’d had since art school. I kept thinking, “how do I do this forever?” Then I was doing odd lettering jobs for Lululemon Park Meadows, and when they decided to build a new store, I was offered to paint three large murals. From then on, I started getting more and more interest in what I do. I love every aspect of what I’m doing now and feel super lucky to get paid to do it.

Great, so let’s dig a little deeper into the story – has it been an easy path overall and if not, what were the challenges you’ve had to overcome?
Not smooth; zero percent smooth.

It was the times where I was stubborn that got in my way. When I shied away from certain jobs because they weren’t exactly what I envisioned for my work. But when I forced myself to take those jobs (because of money) is where I learned the most and made connections. I got to the things I wanted by bucking up and doing a few things I didn’t want. And now it’s still about discovering the balance between standing up for my work and pushing the boundaries of my preconceived notions of what I think my work should be.

Money is another struggle. No one talks about what you should charge, and how to do the business stuff like invoices and taxes. I think it’s so important for artists to charge a decent rate so that we all don’t suffer. I can’t tell you how many times I’ve lost jobs to artists willing to do work for free or cheap because they want “exposure.” Many clients don’t view art as something that should cost money, because so many artist undervalue themselves. Best believe, we work our asses off and deserve to get paid for it.

Patience is another big thing I had to learn. It doesn’t often happen overnight. It takes coming home from your day job and applying to things, painting, etc. and never stopping. So many times I thought, ” what am I even working so hard for?” because it didn’t seem like I was getting anywhere. Eight years later, and I feel like I’m just beginning on whatever path I’m headed down.

What should we know about your business? What do you guys do best? What sets you apart from the competition?
I am a painter and muralist primarily. Right now, I’m most well known for my murals, but I split my time pretty equally between murals and making paintings in my studio.

I feel my work is unique in the way that it is abstracted storytelling. It has evolved from illustration, so it still uses bright graphic colors, black lines, and movement in a progression- but not in a way that is directly representative. The movement aspect lends itself well to drawing your eye through unique spaces. I often incorporate lettering in my murals and have developed a few specific lettering styles that I feel set me apart.

I’m most proud of my murals because I’ve always had the desire to share my work with those who may not experience art as often. Most people are too intimidated to walk in a gallery or museum, but murals bring the work to them. Abstract art especially seems to make some people uncomfortable when it’s hanging in a white room. But in a public space, it gives people the freedom to connect with it on a personal level. It doesn’t make them feel like they’re expected to know the correct interpretation. Art in the wild can be like a song; it takes on different meanings from the person experiencing it.

Do you have a lesson or advice you’d like to share with young women just starting out?
Don’t stop. Work hard. Stop making up excuses. Be uncomfortable sometimes, I promise it won’t kill you. It makes you grow. Make sure you have time set aside to clear your mind because that’s when the best stuff shows itself. STOP comparing yourself to others (as I tell myself this every. single. second.) it’s a huge waste of time and energy that could be spent getting better at what you do. 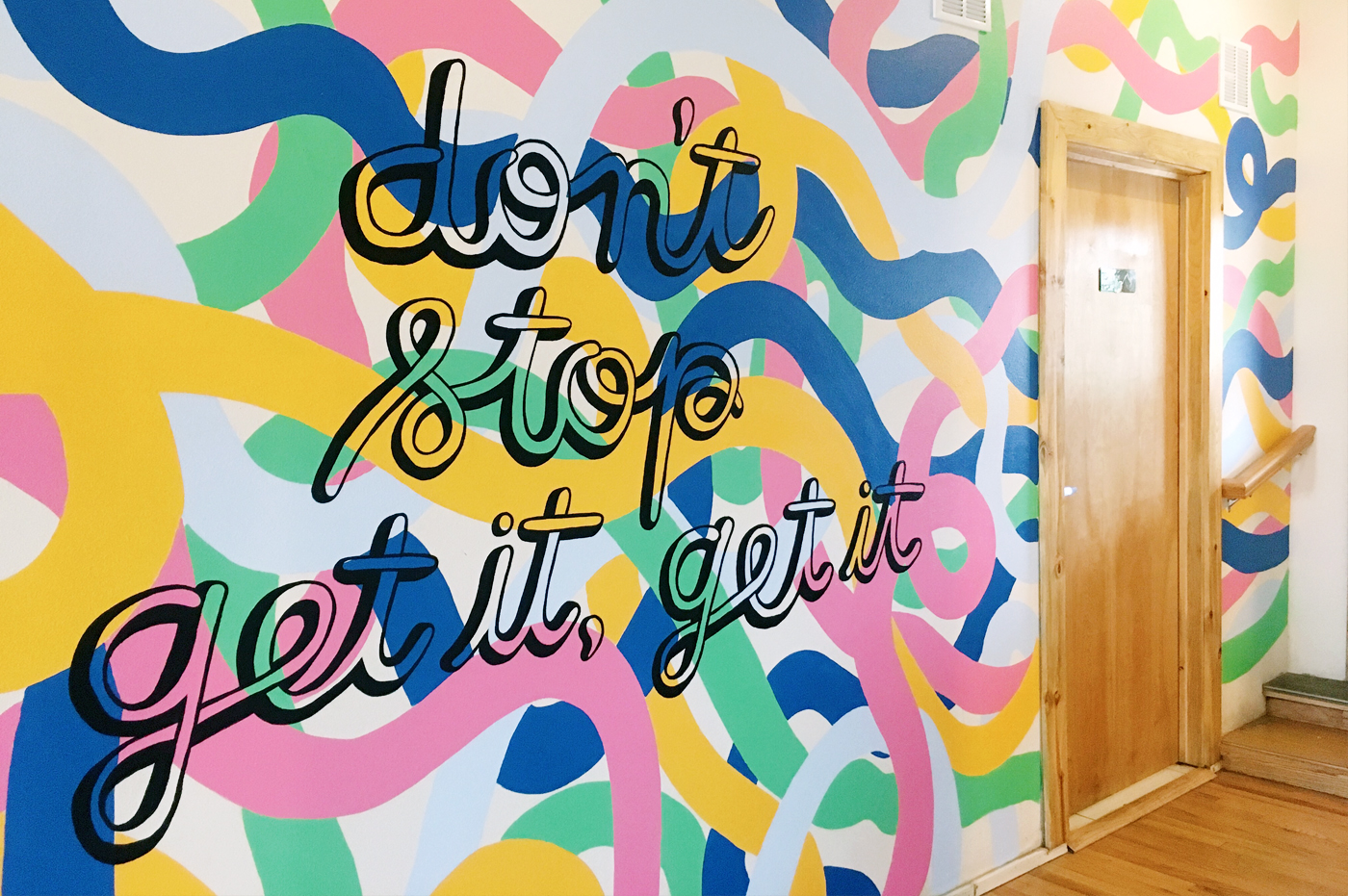 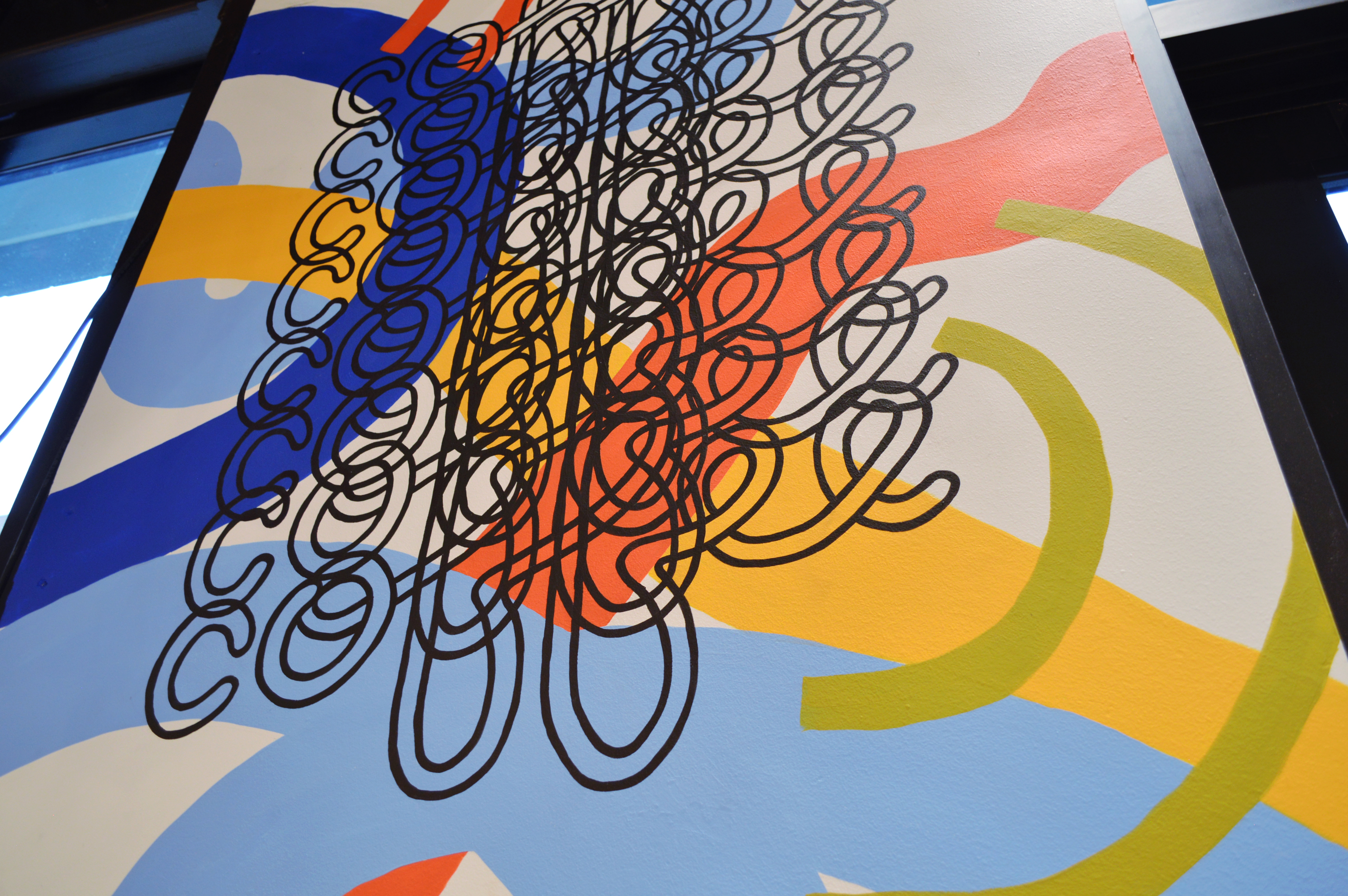 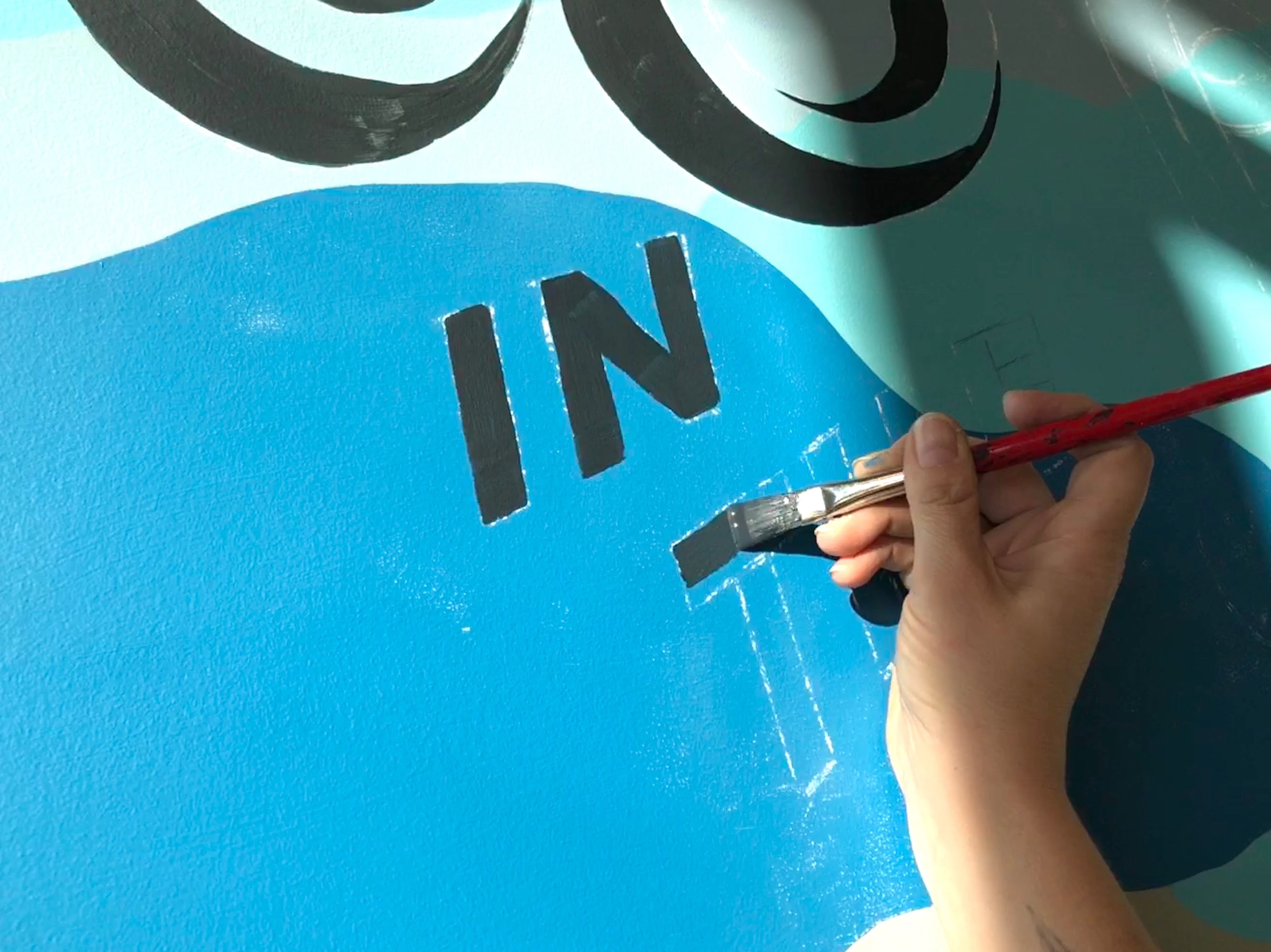 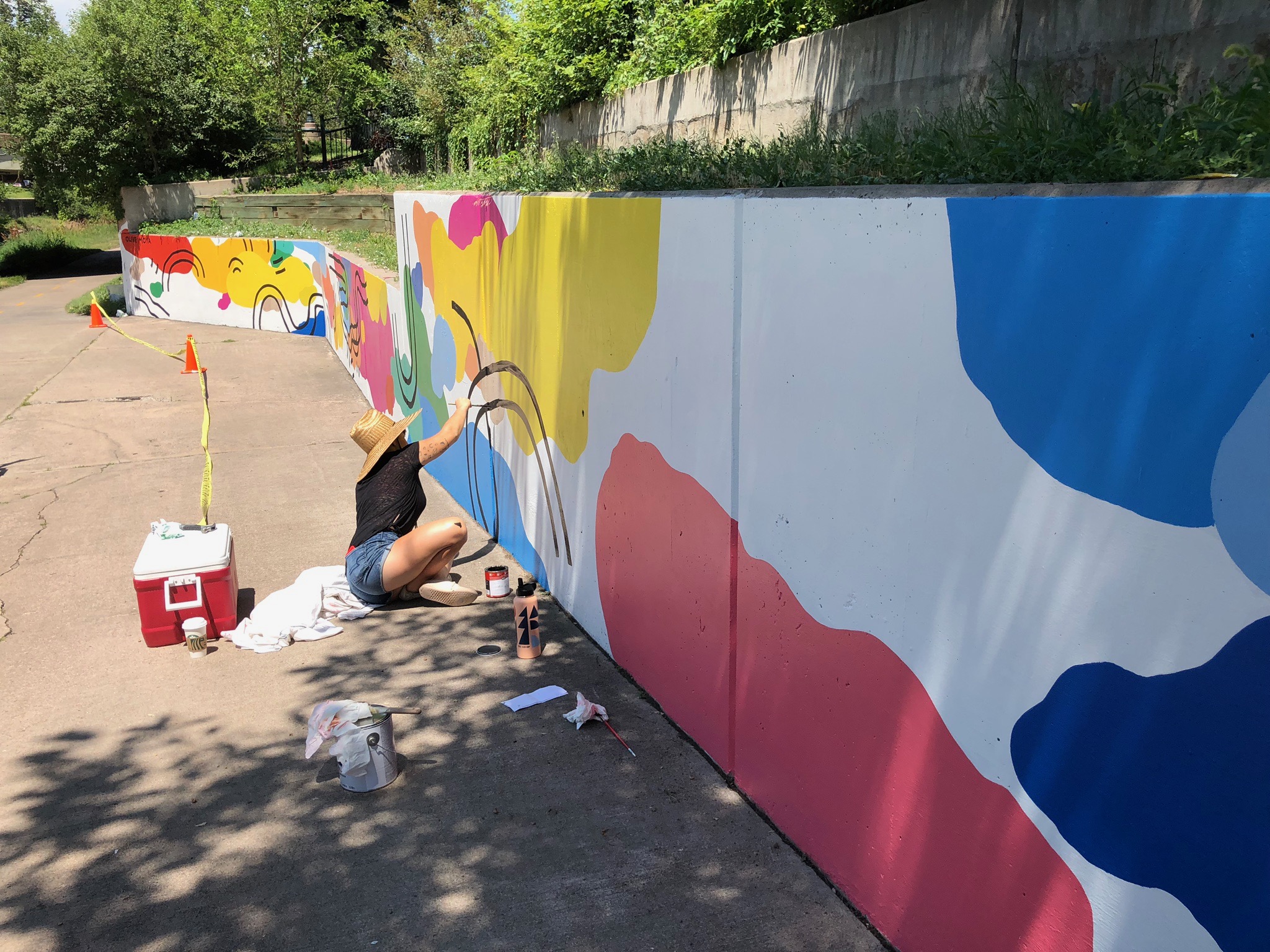 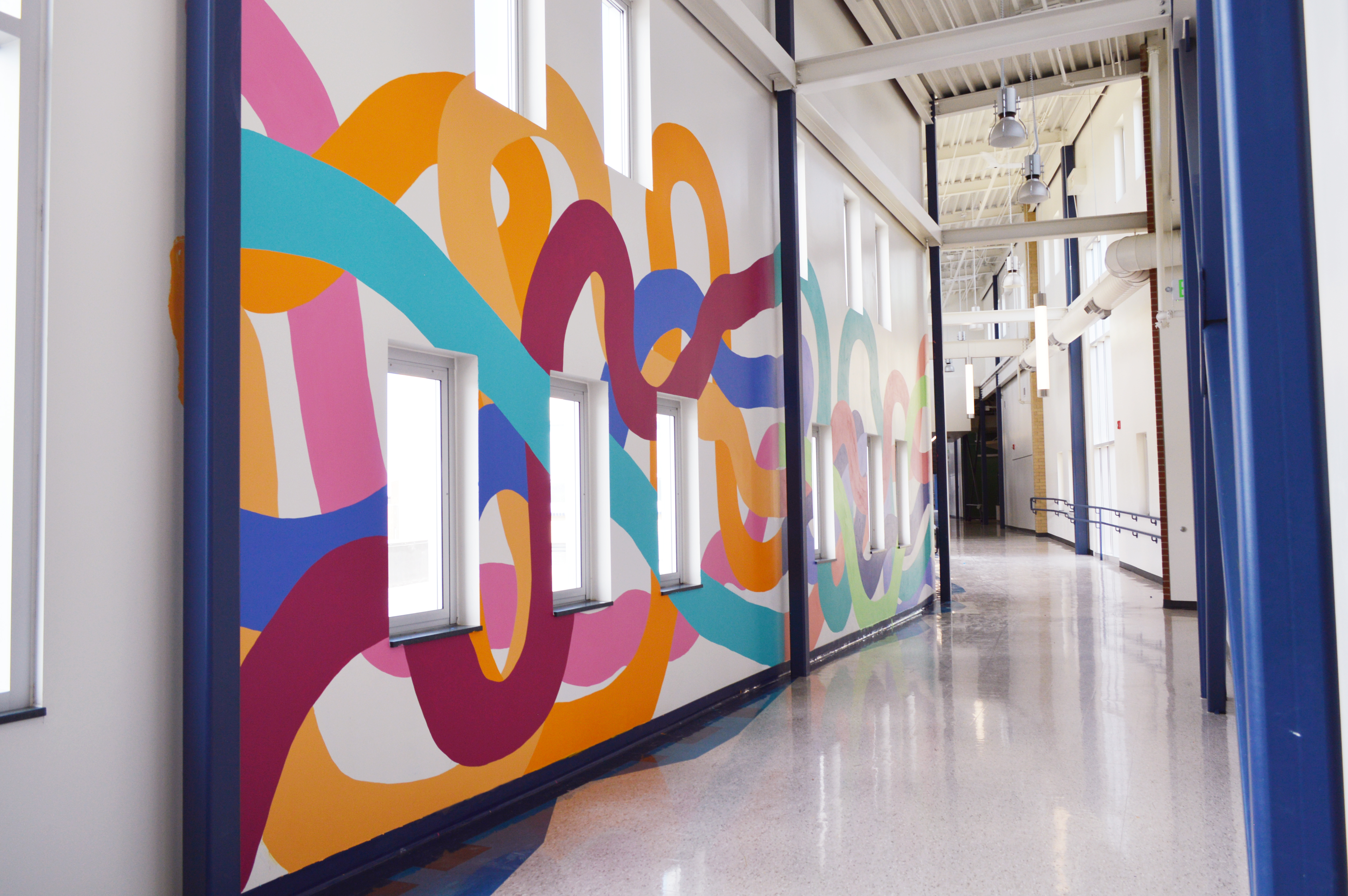 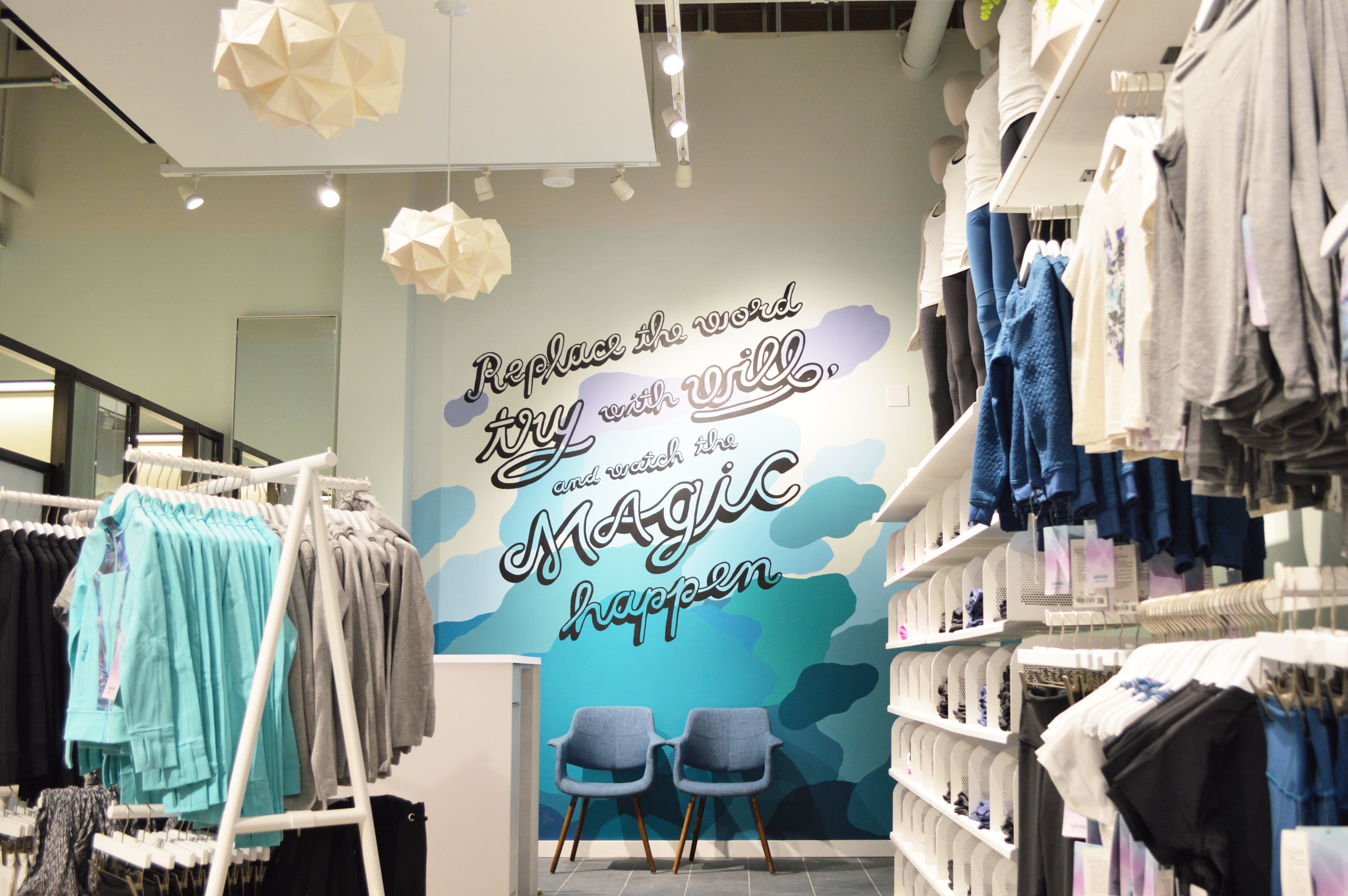 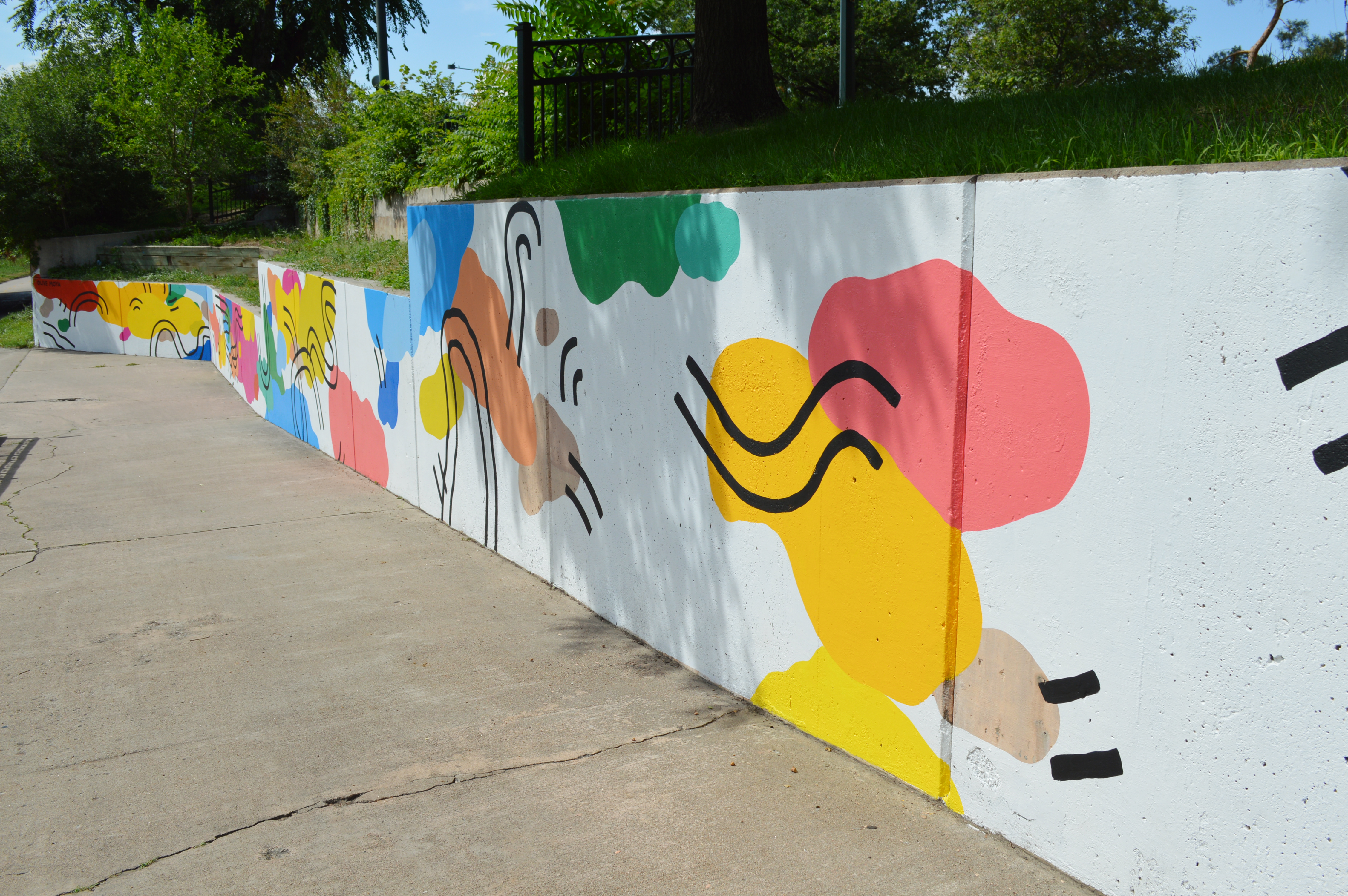 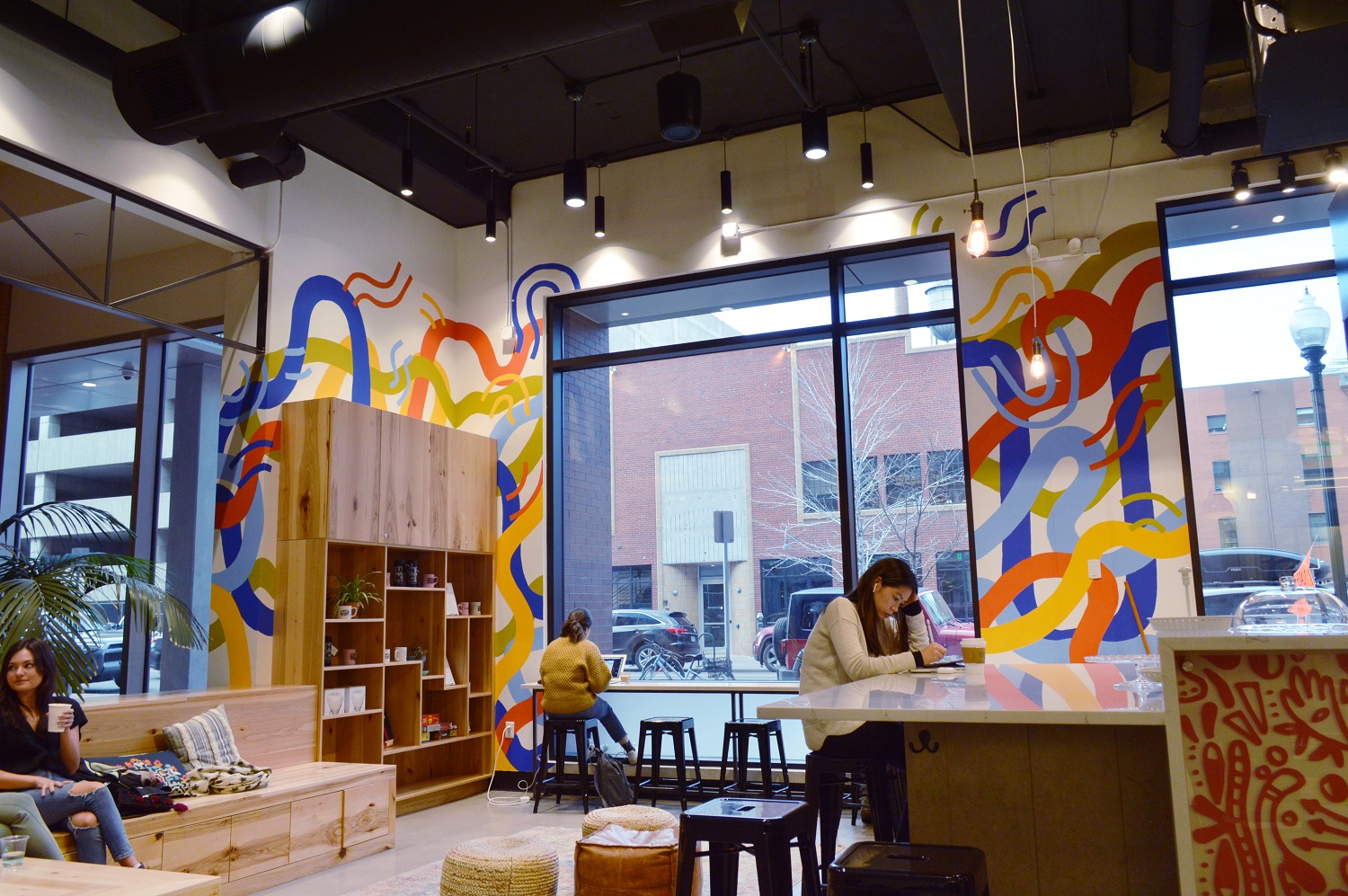