Conversations with The Cross-Eyed Possum Band 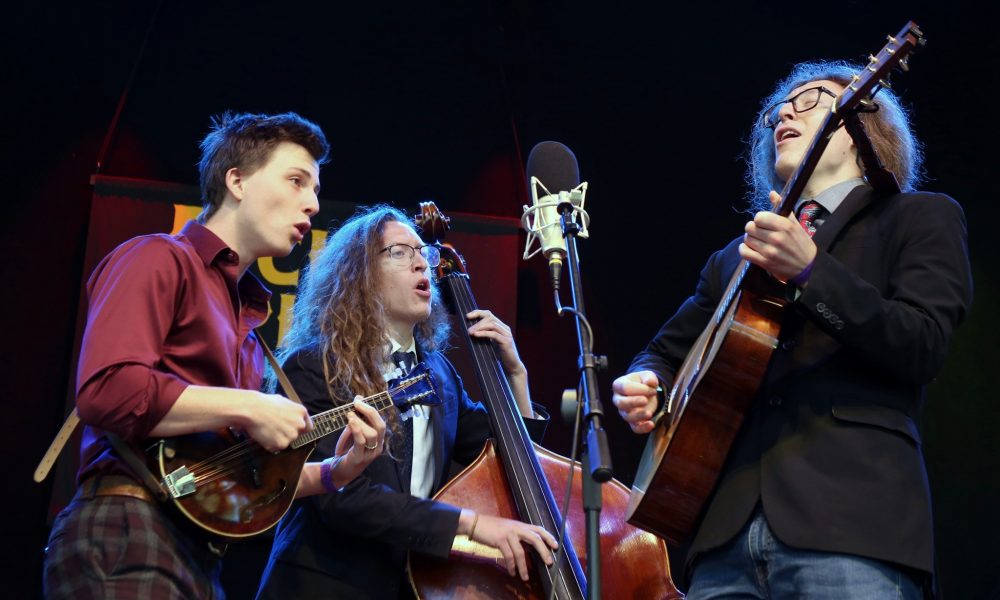 Today we’d like to introduce you to The Cross-Eyed Possum Band. Them and their team share their story with us below:

Our names are Jason and Jonah Howard, and our band is called “The Cross-Eyed Possum.” We recently won the 2022 Pickin’ In The Pines Bluegrass & Acoustic Music Band Competition down in Flagstaff, AZ and we are hard at work on a folk/rock/bluegrass album (this will be released in April of 2023) which is a very different scenario to be in from how the band started back in 2013.

Back then it was a middle school rock band and all of us were too nervous to sing. We experimented a lot playing on all of our band/orchestra instruments from school (trumpet, cello, French horn, etc.) alongside our guitars and basses. We got our serious start in 2017 after getting way into bands like The Allman Brothers and The Chris Robinson Brotherhood, but most importantly a good ol’ rock and roll band from Saskatoon, Saskatchewan (Canada) called “The Sheepdogs.” Their trading guitar lines and good-feeling tunes had us hooked and very inspired.

We went full speed ahead into the rock and roll vibe and added a lot of jam band and jazz feels (as a great result of our school time) and created our first album “Worn Down Car” which was released in 2018. It was then that we started to understand gigging life a little better. During this time, Jason (upright bass/lead vocals) was also playing in another band called Sugar & the Mint who won the Band Competition at the Telluride Bluegrass Festival.

2018 was also the year that we graduated high school, which meant college time. We both had worked hard on jazz and classical music in high school, participating in the state’s “All State” jazz and orchestra groups. We were pretty invested in continuing this track on the university level to help our technical abilities on our instruments. We’re glad that we did this, however, we overestimated our ability to keep pushing forward Cross-Eyed Possum at the same time. We still gigged and wrote tunes plenty, but recording and networking took a backseat to our studies.

We spent some years working on our instruments, gaining inspiration from people like Edgar Meyer and Julian Lage, and gigging in little bars and restaurants. Right in the middle of this experience came the pandemic, which made it difficult for us to keep a drummer. As we are identical twins and in easy contact with each other most of the time, we decided to just become more self-sufficient and explore the path of an acoustic duo. Jason’s folk/bluegrass band experience did not hurt in that area.

After some personal suffering and the obvious disadvantages of the pandemic, we found ourselves thrust into a more unforgiving adult world. Once things began to cool down with the pandemic we put together our first entirely independent cross-country tour in the summer of 2021. We built out a van and camped the way through our travels. We ate cheap, Clif bars and whatever the venues would give us. We were in unfamiliar territory physically and mentally, playing in many small spots, some of which with no crowds. It was tough to be away from home for something that felt unforgiving like that, but we were doing it for the band which is what mattered the most to us.

After the tour, we finished our last year of college, in which both of us took on plenty of creative music-writing projects. That primed us for life after graduation. We finally had more time to apply what we learned in college! Since then it’s been the season of experimentation again, putting things down and seeing what sticks. We played in an awesome festival called “Pure Imagination Festival” where we got to meet some of our musical heroes. We went on two summer tours with some great bands called “The Hipocrats” and “Jacklen Ro.”

These were all a blast but the most significant experiment yet began when we reached out to be in the Pickin’ in the Pines Band Competition. At our heart, we’re still a rock and roll jazz-infused band so we were hesitant to try this one, but we got in. We decided to jump into our bluegrass inspirations and went full steam ahead. We added a member to our group on mandolin (our good friend Keenan Hammack) to further feel this type of music. He was also a member of the band “Sugar & The Mint.” We worked very hard to get our performance into tip-top shape with this new assembly.

Our work paid off in September with the first-place win at the competition. As a result, we will be playing in the festival this upcoming 2023, alongside a few more festivals as well. Playing in festivals has been a major goal for as long as we can remember. Since then we have played at The Elks Theater and are working on more of these serious shows. We hope to take this energy back to Denver soon in places like Globe Hall, Cervantes’, and more. At the moment we’re hard at work and very excited to be recording our second album, due out in April.

I’m sure you wouldn’t say it’s been obstacle free, but so far would you say the journey have been a fairly smooth road?
The greatest struggles have always come when we have been forced by circumstances to change the concept of what the band should look like. Whether that be personnel changes that were made unavoidable by the pandemic or adjusting our sound to better fit where we are technically on our instruments (considering our education and all that). It has also been a struggle to get noticed by audiences that we want to perform in front of (theater gigs, festivals, etc.).

We’ve found that we typically have to make big gestures through competitions and the like to be seen, and even then it’s a difficult road to travel and requires lots of patience and endurance. Regardless, we’re continuing to work hard to get out there, especially towards festivals and venues like Globe Hall, Cervantes’, The Boulder Theater, and more.

Appreciate you sharing that. What else should we know about what you do?
We find it pretty notable that we combine the exciting rock n roll, bluegrass, and jazz styles all in an acoustic band that trades between explosive vocal performance and instrumental melody on bowed upright bass, mandolin, and guitar. It’s not typical to find an acoustic band with such high energy and musical proficiency rolled in together.

Then there’s the element of our original songs, which subtly take from all these influences to make something sonically different from the norm that’s still really nice to listen to. Perhaps our favorite part of the whole thing is to have such a broad range of improvisation styles across just three players considering our differing backgrounds in these styles, so anyone watching our set can expect something different and full of new creativity every time they experience it.

There’s also a piece in our story for our yearning for adventure as a group. Much of our tours are spent exploring the natural wonders of whichever places we find ourselves in. The van and national forest land are almost always our home away from home and they inevitably show us our way into explorations in off-grid camping, climbing, mountain biking, fishing, snowboarding, sailing, etc. We strive to reflect this in our performance and general life and can be seen on our adventure YouTube channel: “VanLifeBandLife.”

Can you tell us more about what you were like growing up?
As we (Jonah and Jason) are identical twins, we have shared very similar interests in our lives. Both of us were very investigative from the start. We were very interested in the way things worked, be it the workings of steam locomotives, geology, painting, etc. This made jazz music a nice place to first get serious about music.

There’s just such a rich collection of things to explore in the genre historically, harmonically, in improvisation; the list goes on. This phase was hit in high school after we had explored other musical outlets including the beginning of this band. We were shy kids growing up, which was probably not helped that much by the fact that we didn’t have to reach out beyond our comfort zones to find friends since we both had a built-in one in the twin relationship.

We’re still okay with this result however, worth it. We spent a lot of time outdoors exploring nature and adventure. Above all, we were always exposed to good music in our humble little home thanks to our parents, who always listened to the likes of Pearl Jam, Miles Davis, Crosby Stills & Nash, and so much more. 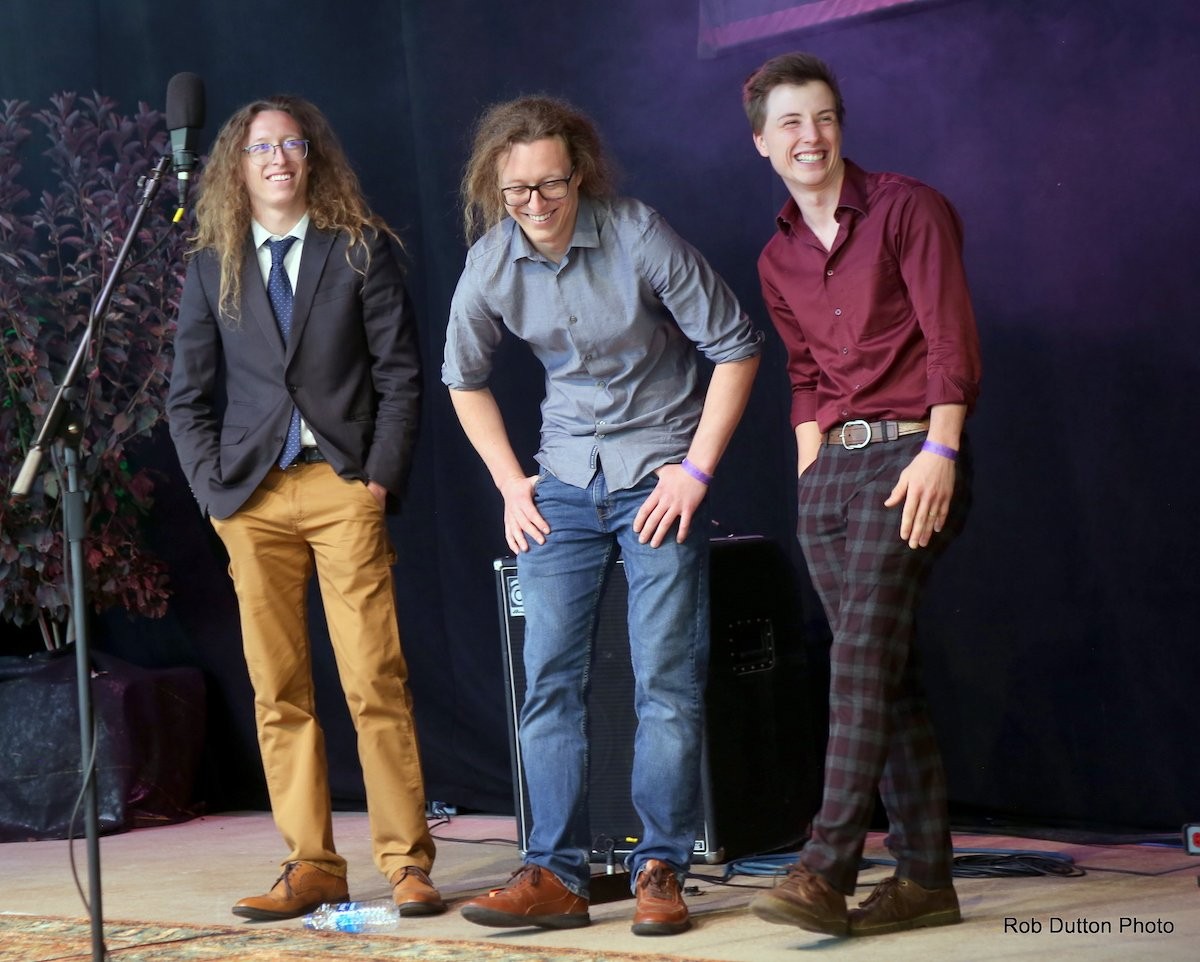 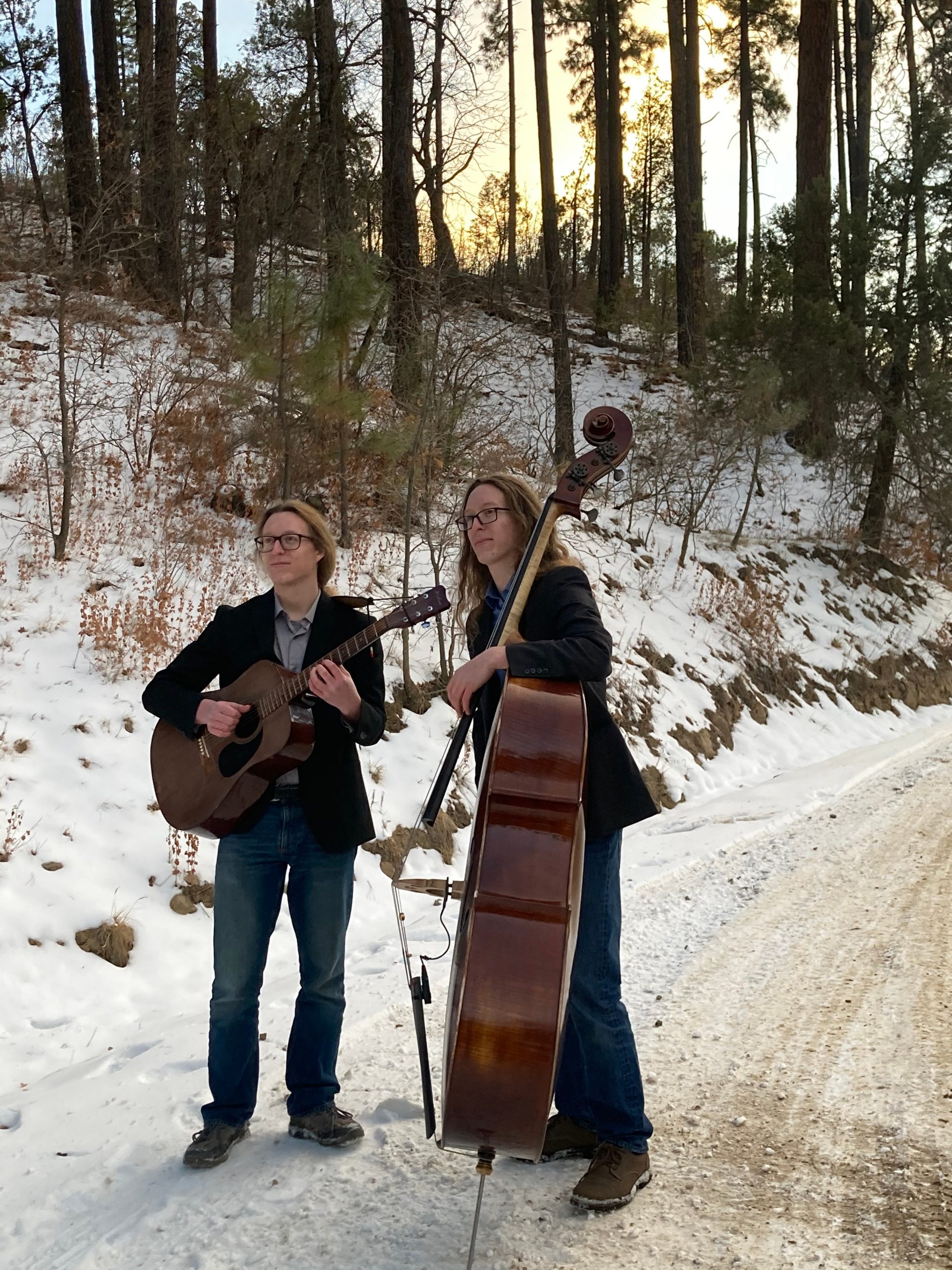 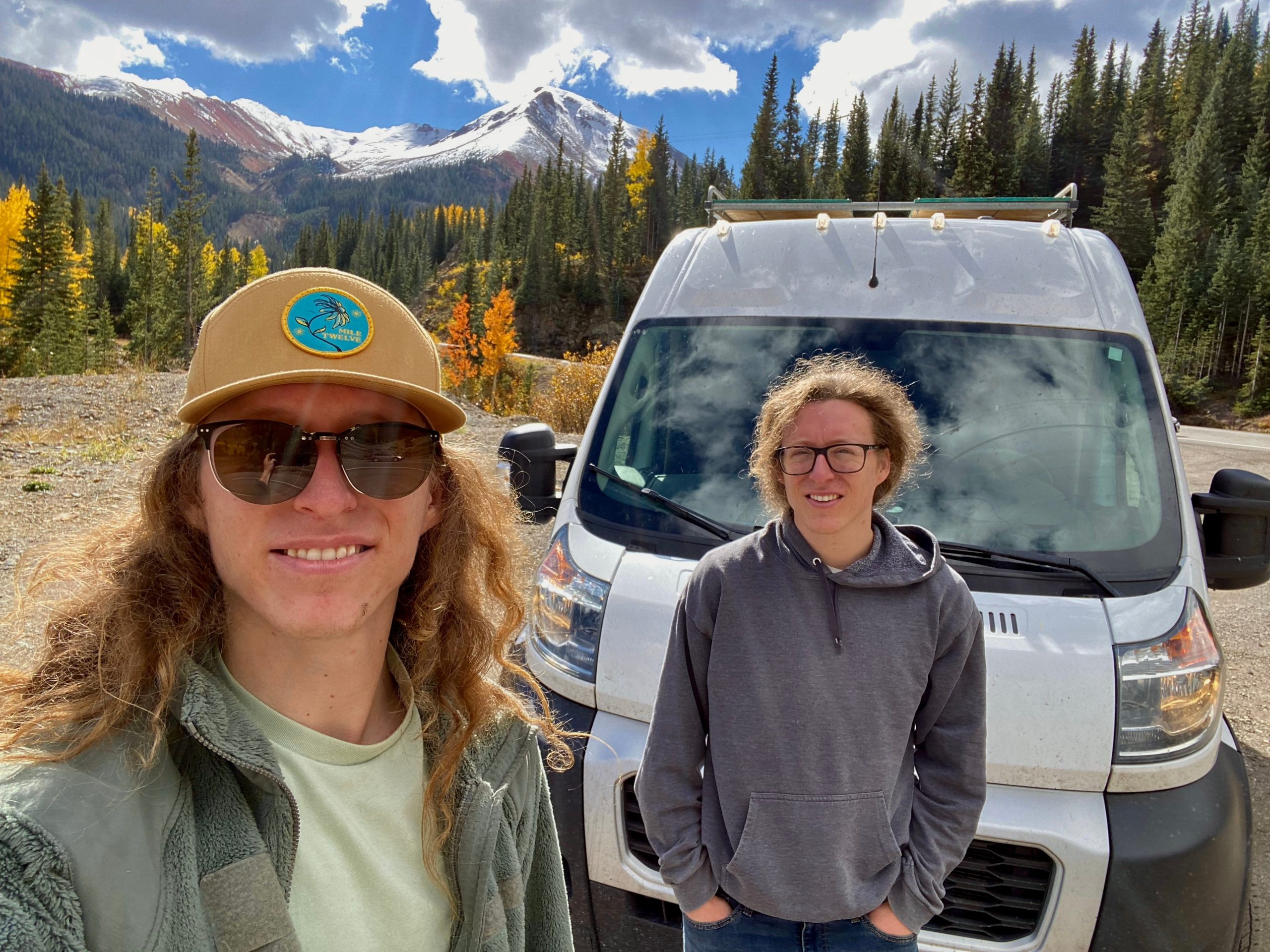 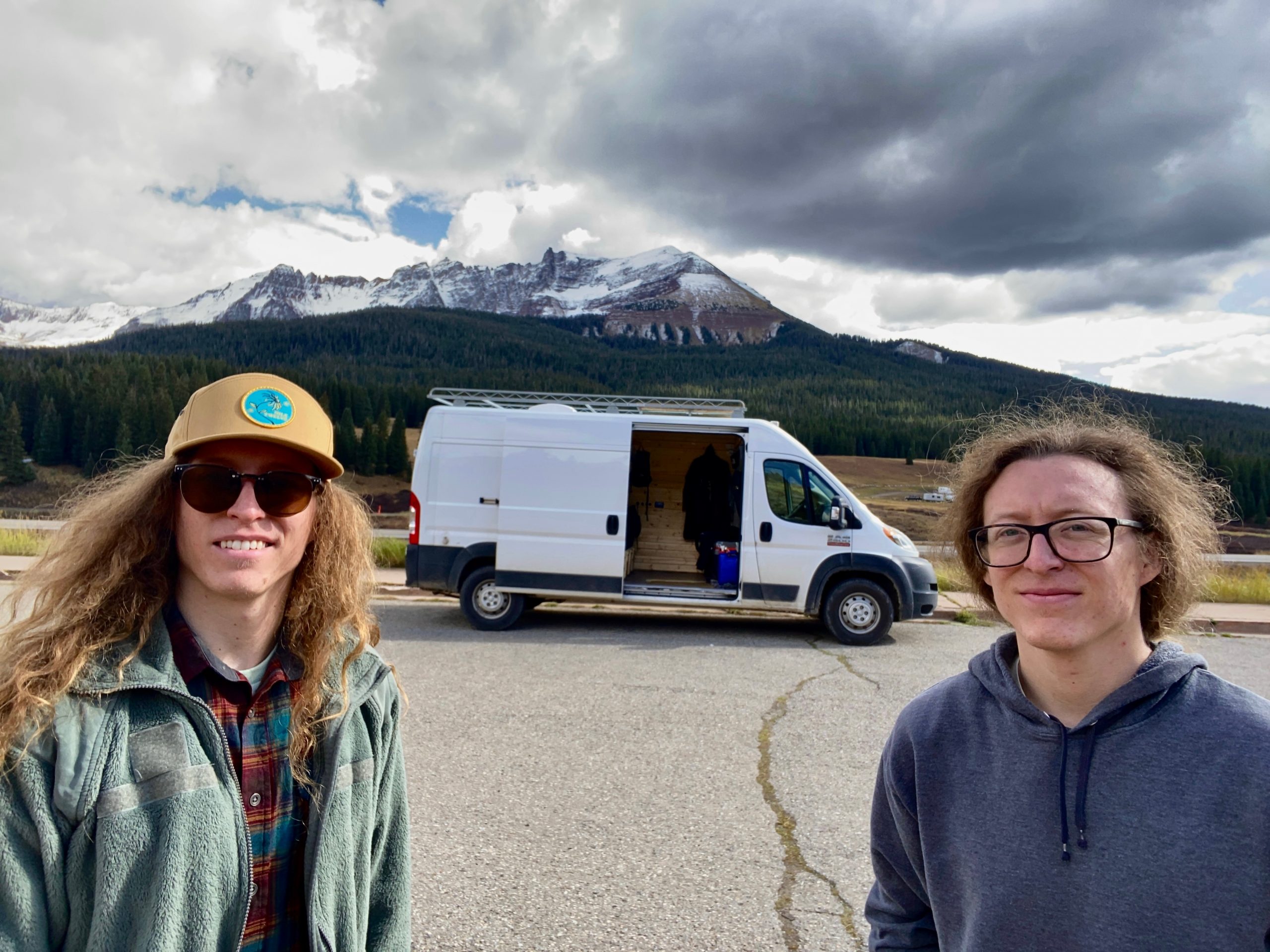 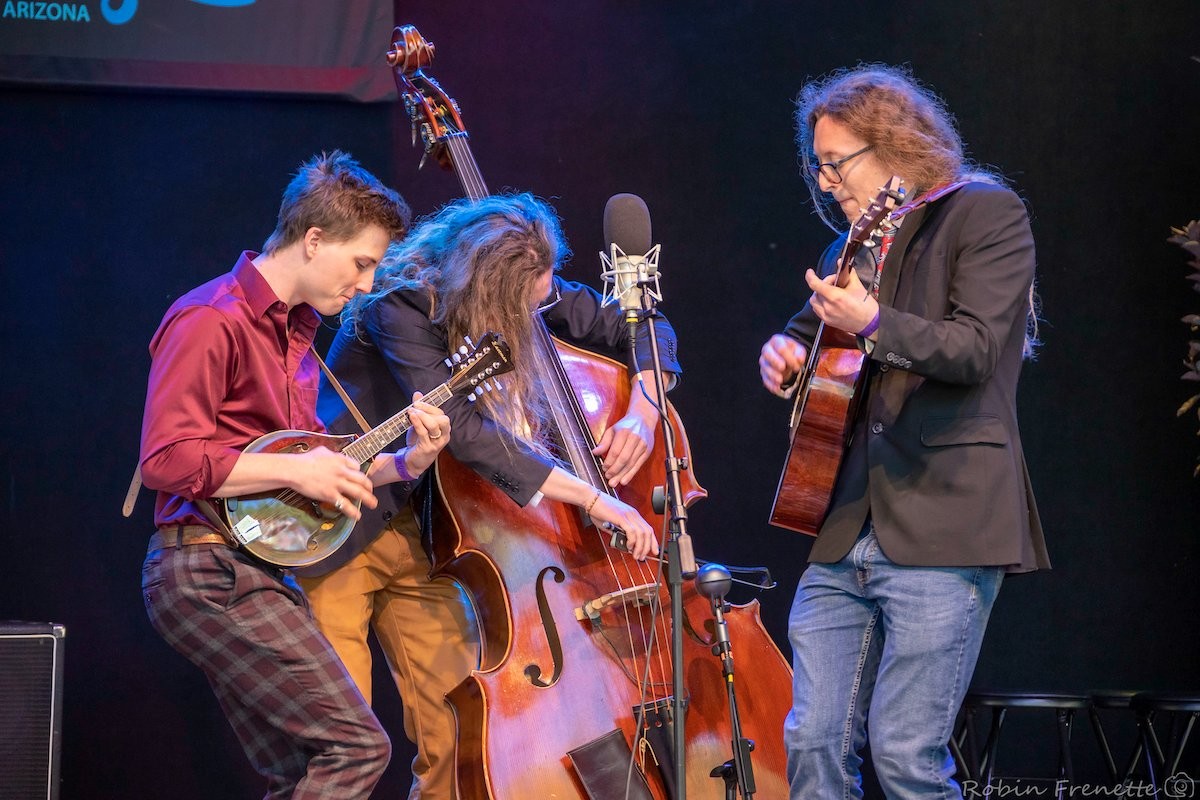