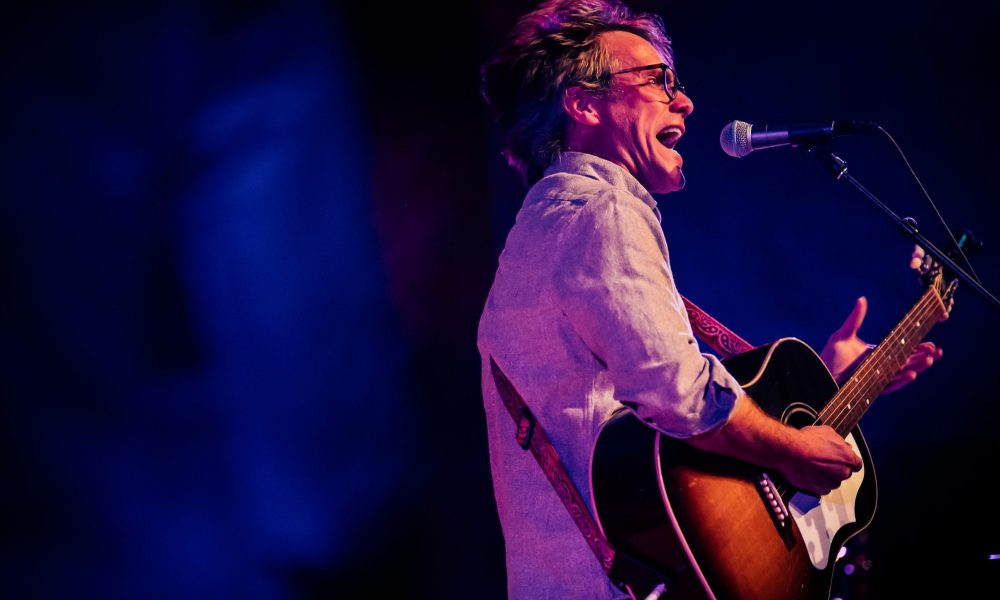 Today we’d like to introduce you to Jeremy Facknitz.

Hi Jeremy, thanks for joining us today. We’d love for you to start by introducing yourself.
I started performing in bars and pubs in southeast Michigan at the age of 19. I found some success as a member of Detroit-based band “The Ottomans” when we won the Detroit Music Award for “Best New Alternative Band” in 2001, beating out the still relatively unknown “White Stripes”. So I had some encouragement early on to pursue a life in music.

I spent the next 10 years bouncing around the country and flip-flopping between being a full-time musician and almost everything else, from cleaning toilets to being a financial advisor. The difficulties inherent to a life in music would push me into a day job, and shortly thereafter the disgust and dissatisfaction with the day job would push me back into doing music.

In 2014, with the support of my amazing wife, I finally fully dedicated myself to a career in music. Once I was finally clear with the universe as to who I was and what I was here to do, I became successful. I taught lessons, helped kids write their first songs, and performed 3 to 5 shows per week at bars, coffee shops, and corporate events on the Front Range. Within a year I was making a decent living in music. I figured all my dreams had come true.

But by 2017 I was rundown and becoming less enchanted with playing to the din of drunken conversation. No one seemed to be listening. My original music wasn’t being heard. I felt ridiculous for having these feelings; after all, I had already “made it”.

That summer I was hospitalized with viral meningitis. I was placed in isolation for 4 days at Penrose in Colorado Springs, and I had plenty of time to think about things. I figured, since I was apparently going to die someday, it was silly for me to be afraid of asking for a little more out of life. So I dedicated the next year or so to getting away from teaching and performing in bars and pubs and making the leap to touring and performing my own material.

I released my 5th solo album in 2020, entitled “From Those Sweet Ashes”. I hired Jarrod Headley to be my producer as well as the band I had formed in 2018, and the album has opened many doors for me. I was named a top 24 finalist from over 700 entries in the 2020 Grassy Hill Kerrville New Folk Songwriting Competition at Kerrville Folk Festival. My song “Ballet of an Unhatched Chick” was awarded semi-finalist distinction at songoftheyear.com for 2020. The Jeremy Facknitz Band, consisting of Mike Kimlicko (bass), Brad Plesz (drums), David Siegel (violin), John Standish (keys) and Ricky Sweum (sax) is turning heads here in Colorado and plans are in place to begin touring outside the Centennial State in 2022.

In the meantime, I continue to tour primarily as a solo act, performing house concerts and at listening rooms in the United States, Canada, and next summer, Europe.

Would you say it’s been a smooth road, and if not, what are some of the biggest challenges you’ve faced along the way?
I remember being so happy with a lesson I had with a 15-year-old student. She was really blossoming under my tutelage and had just had one of those “a-ha’ moments. I loved bringing kids and teens out of their shell because I was such a socially awkward kid myself.

And then as soon as she left, my heart sank because it was the 5th of the month and I had to call my landlord and explain why rent was going to be late again. And this is just one illustration of many moments like this. I found it maddeningly frustrating that the work that made me feel so alive – the work that made me feel like I had value and something to offer this world – had seemingly little to no monetary value.

“Really? I gotta go do something I hate and I’m not really good at to eat and pay rent?”

Appreciate you sharing that. What else should we know about what you do?
Right now, I’m putting everything into promoting my songs, songwriting, and performances. I specialize in house concerts (which, due to Covid has become outdoor “yard concerts”). I love the intimacy of a house concert or yard concert. There’s no green room, there’s no stage or backstage. I am on an equal plane with the audience.

My songs are very honest and I’m pretty open about my past. I sing about subjects a lot of other songwriters won’t touch because they’re afraid of getting too dark. But without fail, every show, I get at least one person coming up to me afterwards and sharing THEIR shadows with me. We were strangers 15 minutes ago and now we’re friends. Intimacy is rewarded. I’m seen and they’re seen. There’s nothing better than being seen.

I look around and there are a lot of tribute bands packing clubs and making great money. That’s great. I don’t blame a musician one bit for going that route in an attempt to monetize music. But I’m not doing that. I’m playing my songs. The band and I take the stage and we play 90 minutes of Jeremy Facknitz music – award-winning original music, made here in Colorado – and we do it very well.

Do you have any memories from childhood that you can share with us?
I was a baseball player as a kid. I played all the way through high school. I smacked a walk-off single to win a game for my team. I nearly took out the umpire, who was standing near second base. It happened 30 years ago but I can still see, smell and hear it all like it happened 15 minutes ago.

I had other wonderful moments, but for some reason, that one tops the list. 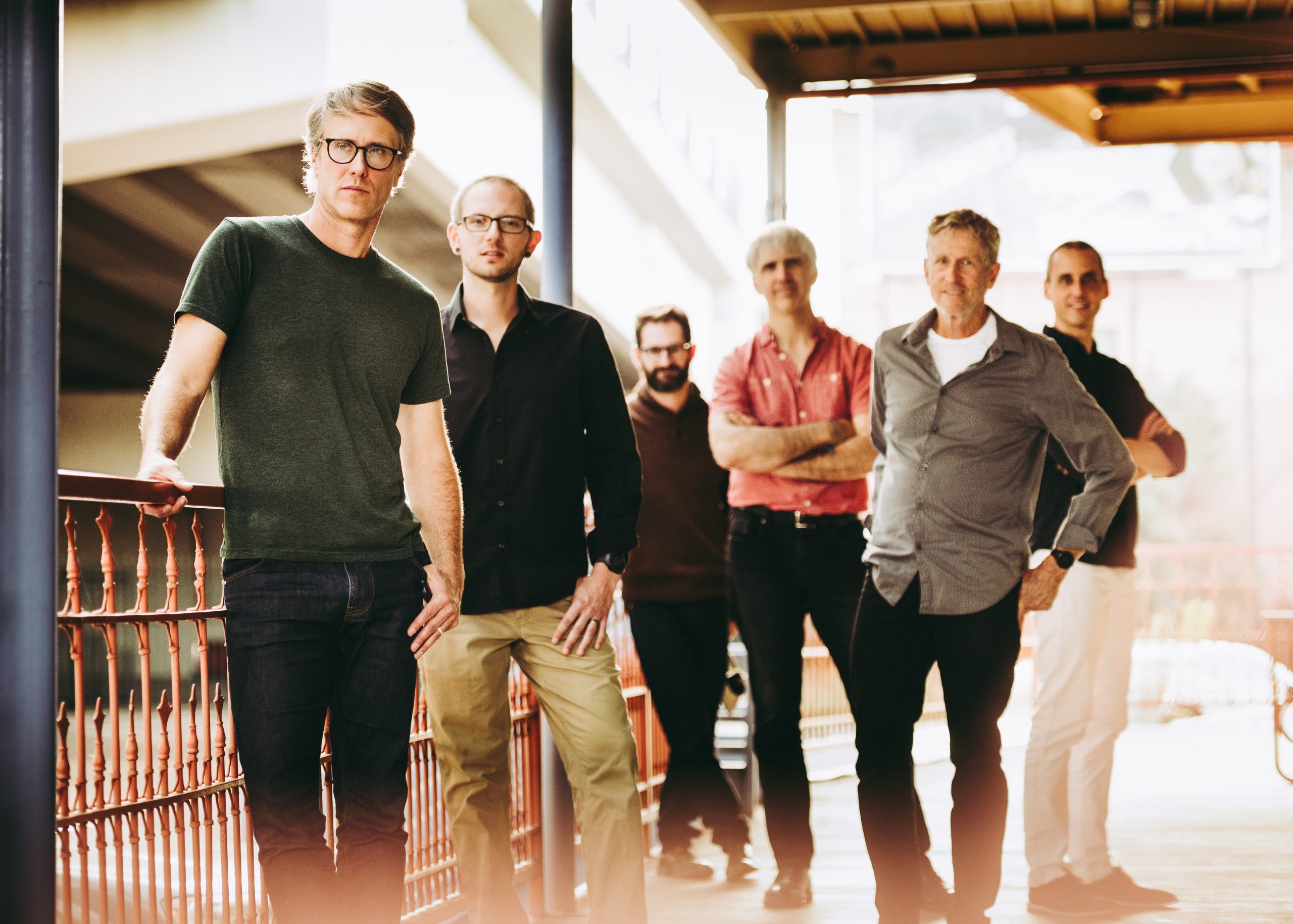 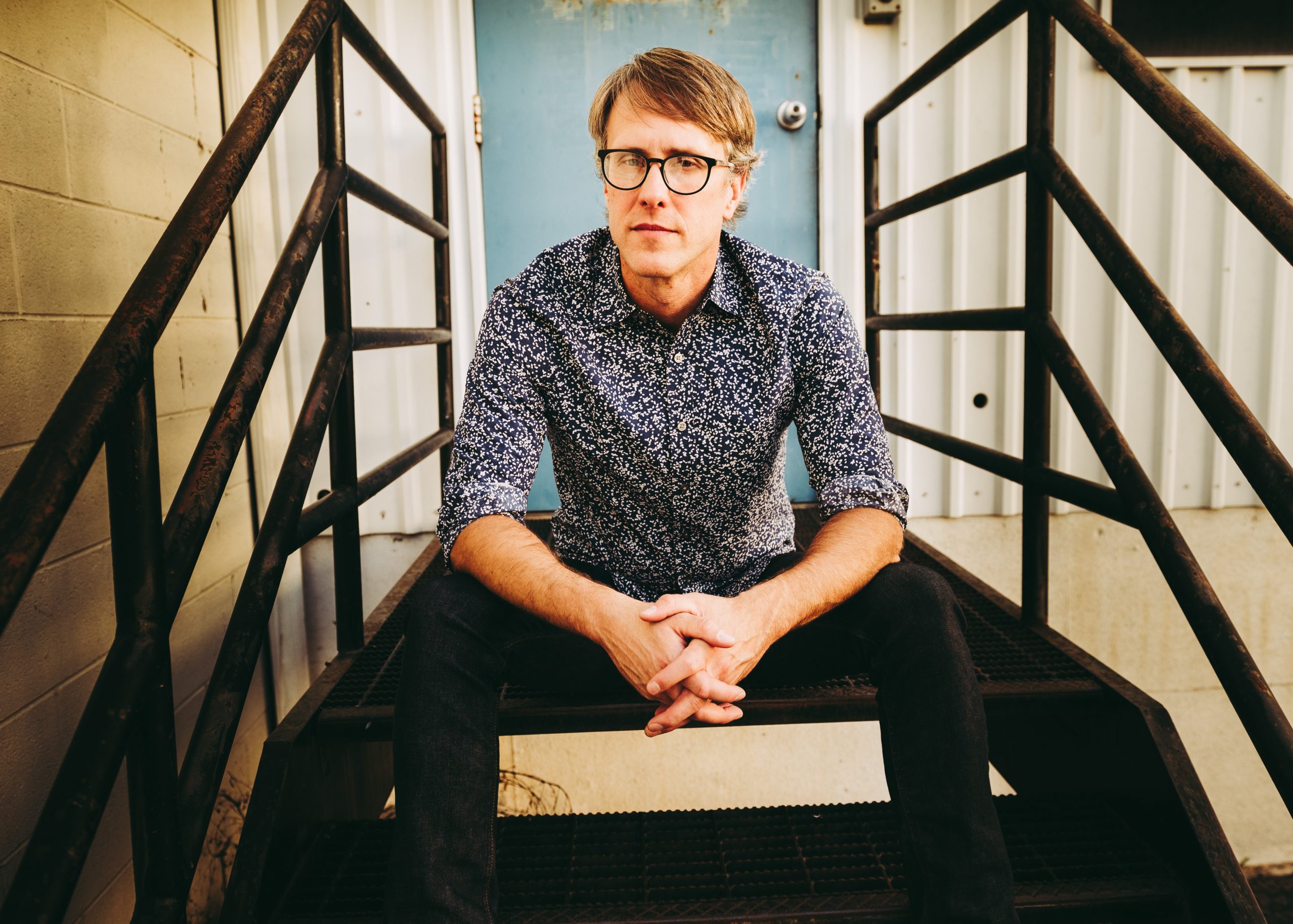 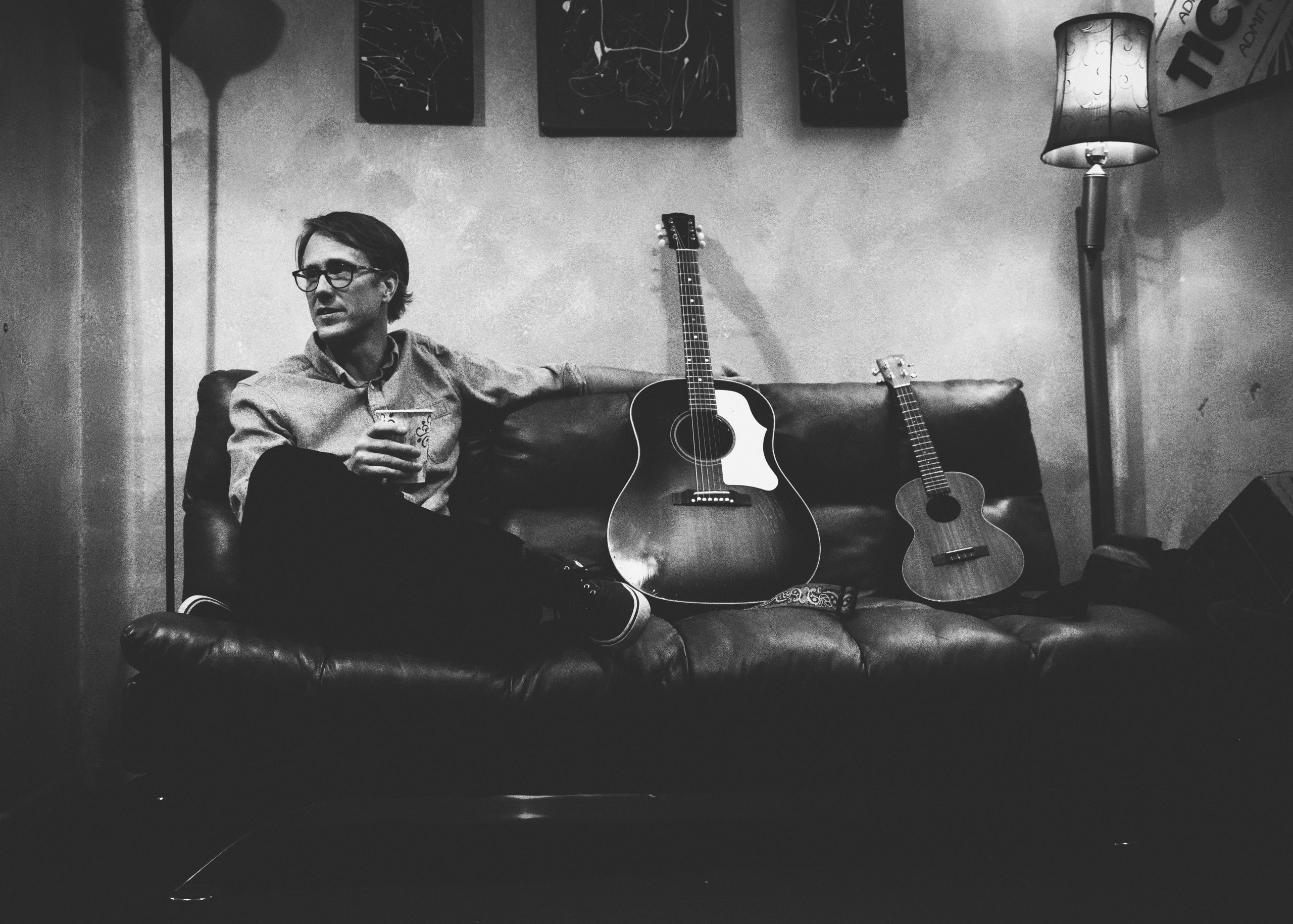 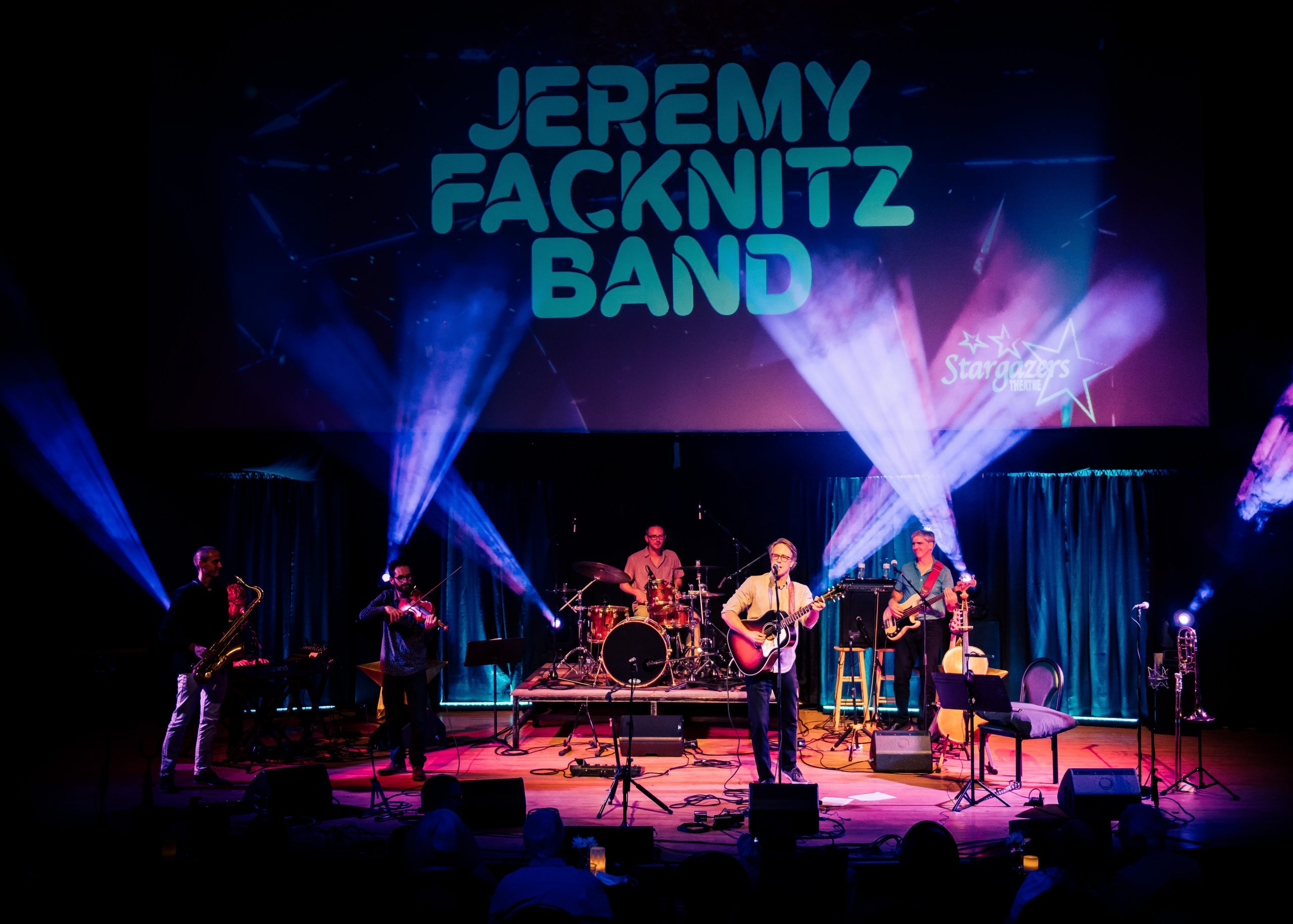