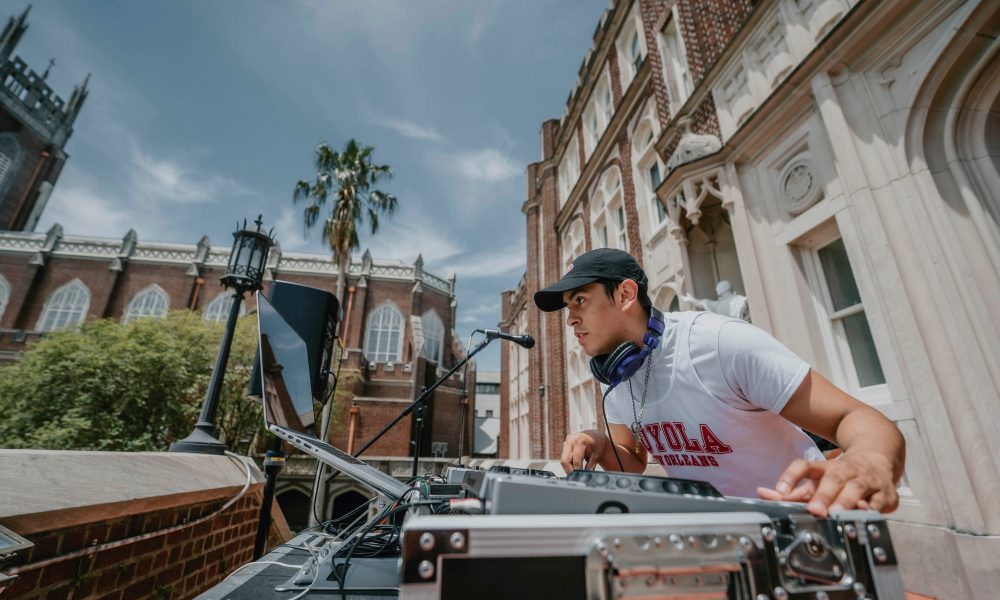 Today we’d like to introduce you to Jesus “DJ Squishy” Tiscareño.

Hi Jesus, please kick things off for us with an introduction to yourself and your story.
Growing up in a Mexican household, no English speaking was allowed while at home. Because of this, it was rare for American music to be listened to at home. I wasn’t introduced to EDM until a family friend showed me a new song (First of the Year, by Skrillex) that came out. I was instantly hooked and fell in love with the genre. After the discovery of EDM, I started to use DJ equipment when I was 12 years old.

My love for the genre increased so much that I began producing in high school when I was 15. Since then, I have released numerous songs on my SoundCloud. As I went through high school, it was fairly difficult to know what I was going to do. I wanted to do music, but many adults and teachers in my life pushed me to pursue something in math. Summer of 2017, a few months before I began my senior year of high school, I went to a pre-collegiate program at Loyola University of New Orleans.

The program was about researching and learning about the environment, so nothing about music. One of the staff members, who at the time was a music student at the university, snuck me into the main studio. When I stepped in, everything was literally in slow motion. My breathing slowed, but my heart raced. My hands began to sweat and my eyes slightly watered. Everything froze except for me.

To this day, I find it difficult to find a way to describe what I truly felt and went through. At that moment I knew that the studio, Loyola, and music is what was meant for me to pursue. From then, the destination I had to chase and work for was Music. Since then, I have studied for 4 years at Loyola University of New Orleans. I graduated in May 2022 with a Bachelor of Science in Urban and Electronic Music Production. I am one of two graduates to have this major in the United States.

Throughout my time at Loyola, I have released a total of three songs that are out on all platforms (Spotify, Apple Music, etc.). I have also played numerous shows. After graduating, I moved back to Colorado and have played two shows at the venue “Your Mom’s House”. I plan to perform/DJ at other venues and release a lot more music this new year.

We all face challenges, but looking back would you describe it as a relatively smooth road?
My music career has not always had a smooth course. The biggest speed bump I hit was the pandemic. In March 2020, I was a sophomore in college. I was booked to perform/DJ at a few places, a community of DJs was going to meet up, and I was beginning to network with places around me. I truly felt like I was on my way to starting up my performing career as an EDM DJ.

Unfortunately, the pandemic hit, and I was forced to move back home. For the rest of my sophomore year and all of my junior year, there was no real way to go out and perform for people. Aside from performing, I did plan on releasing music as well. During the time I had planned to release music the Black Lives Matter movement protests began. I decided to put my music on hold to properly give it the publicity it deserved.

With both my performances and music releases put on hold, I ended up on an extreme music block that mentally drained me until the second semester of my junior year. This was when I connected with my studio/producer professor. He pushed me and motivated me out of this music block.

Can you tell our readers more about what you do and what you think sets you apart from others?
I go by the name of DJ Squishy. DJ Squishy is an artist who performs and produces EDM. The method by which I perform is to DJ a set prepared by me, and mix it in a lively/electrifying manner, live at venues. Aside from EDM, I also produce and mix other genres of music. Genres I have worked with are Rap, R&B, Hip-Hop, Lofi, Dance, and others (I am open to trying any genre).

Something that I feel sets me apart from others is that rather than sticking to just EDM. I make sure to be able to stem out to other genres to pull inspiration and encourage collaboration. Also, when I play at venues I perform. I don’t just play music to play it, I prepare/practice what I will be playing. I engage with the crowd and give them a good time and show.

Do you have any memories from childhood that you can share with us?
My favorite memory as a kid is when I first got my Heelys. It was very painful to learn how to use them, but once I learned, I felt like I was the coolest kid on the block. 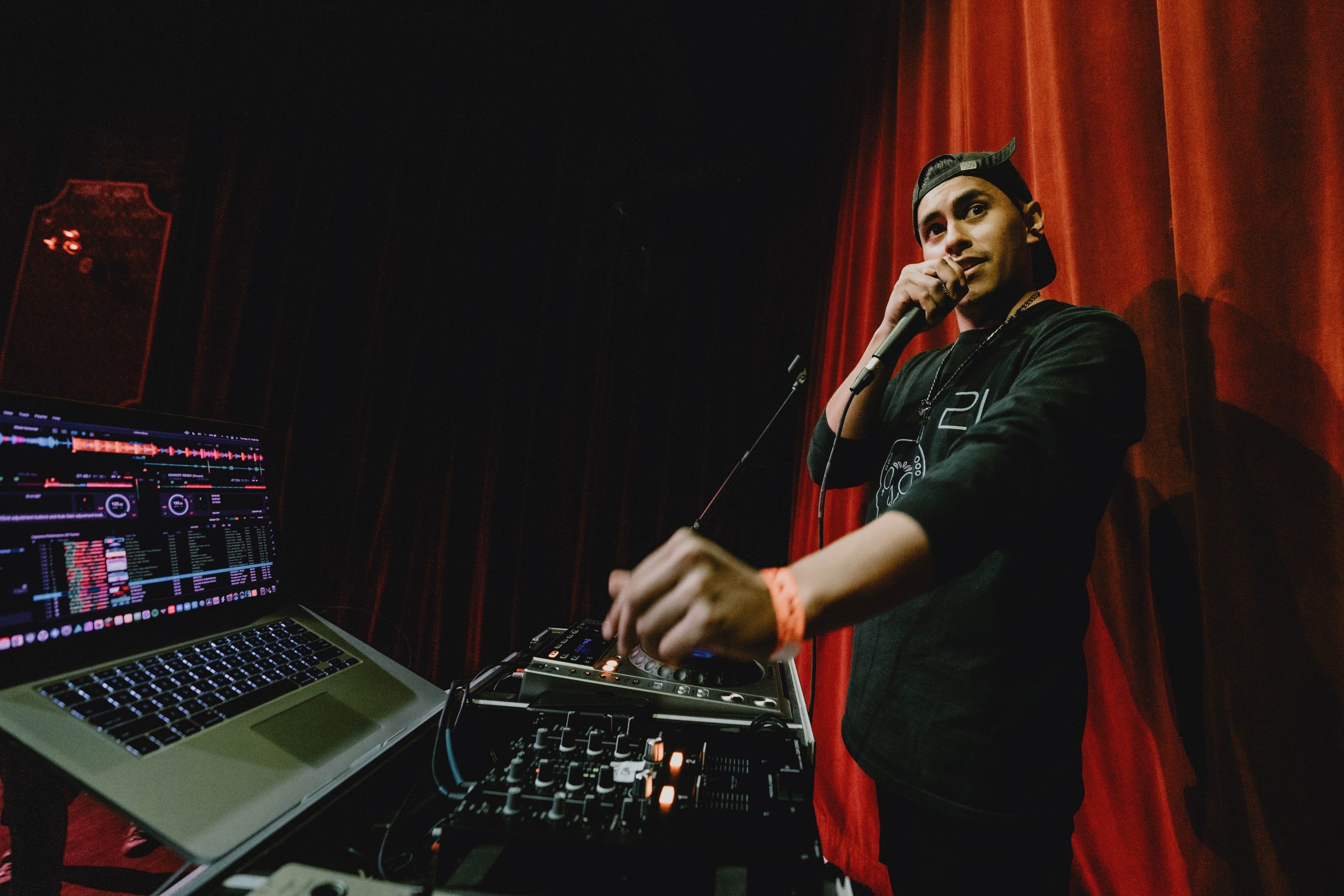 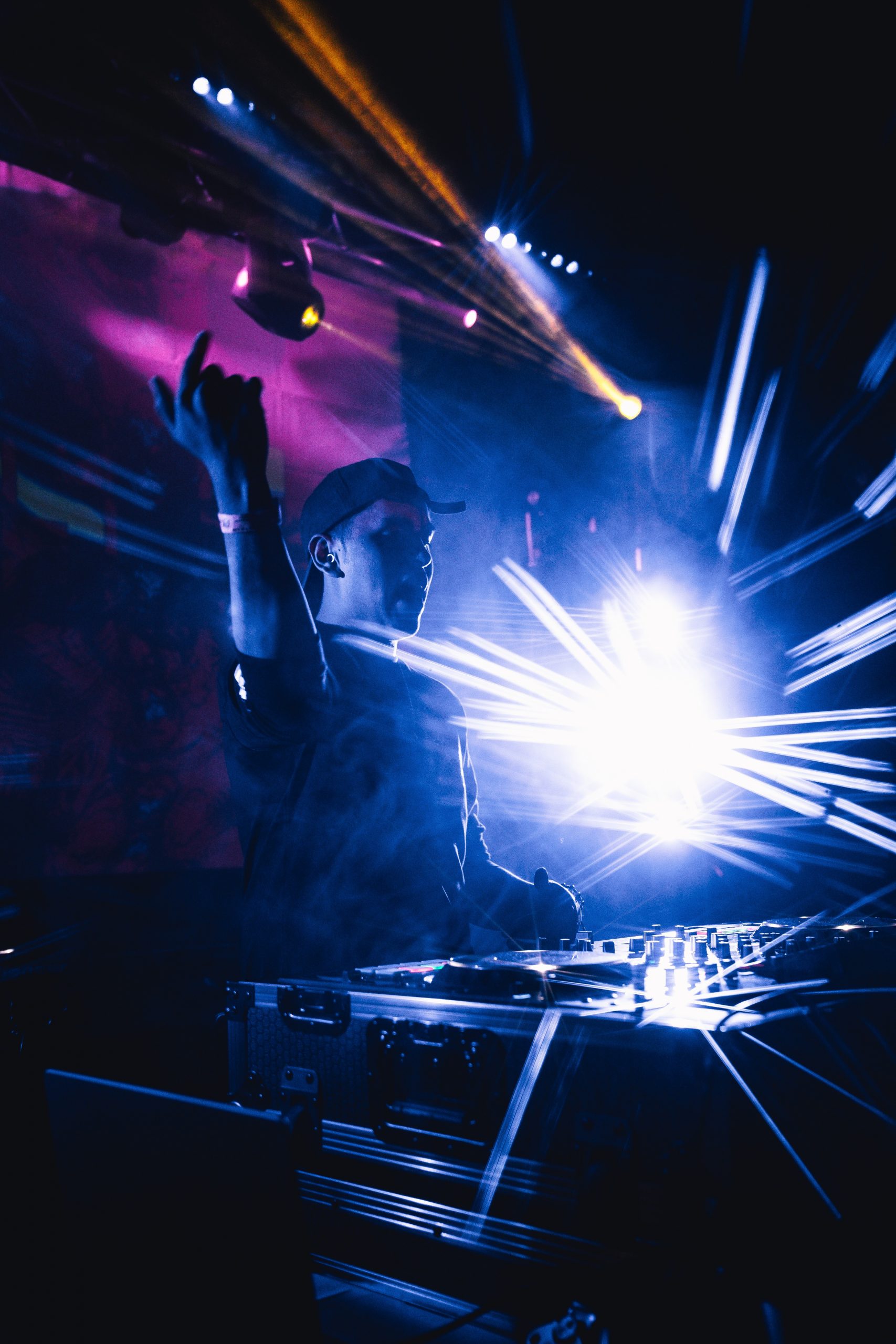 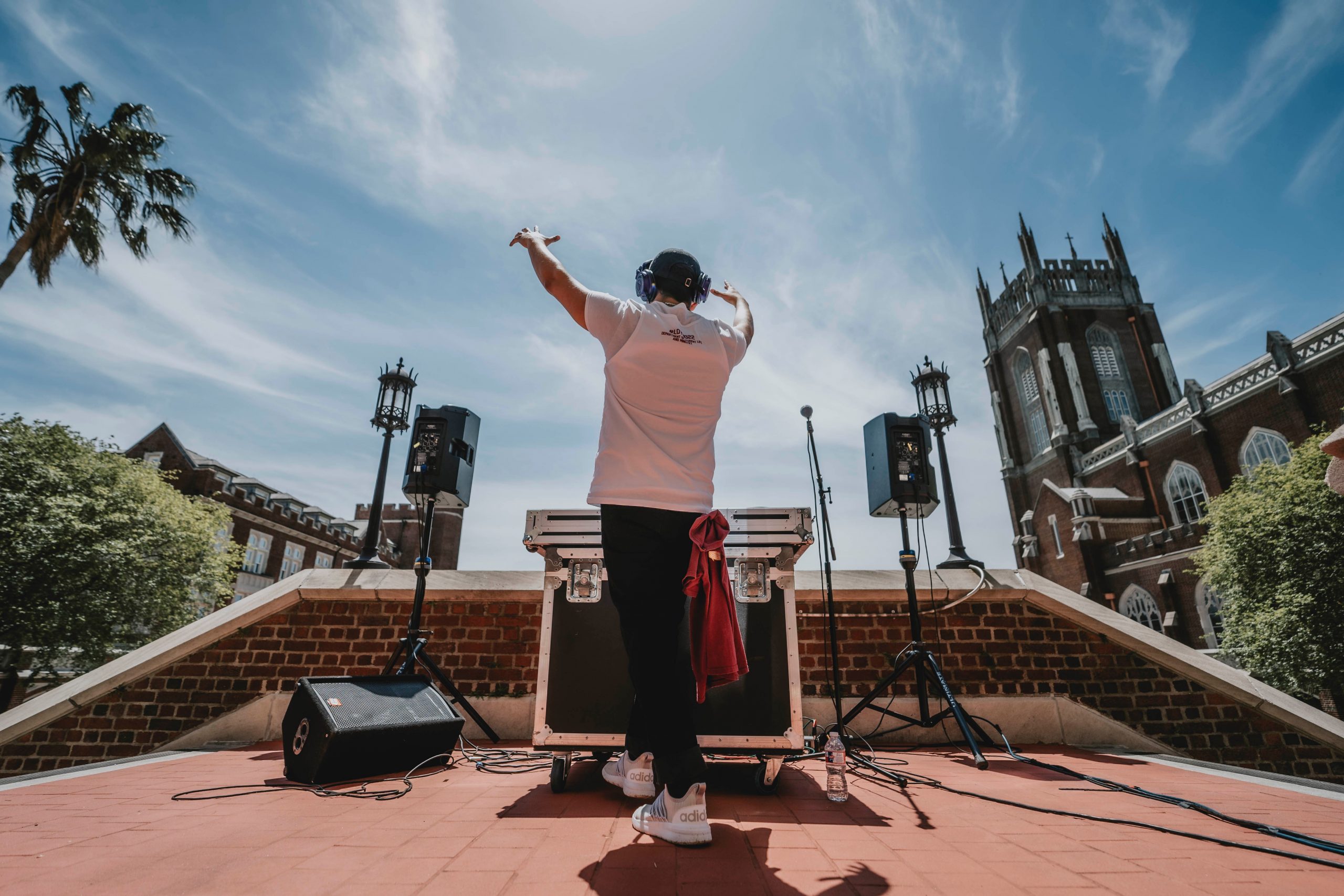 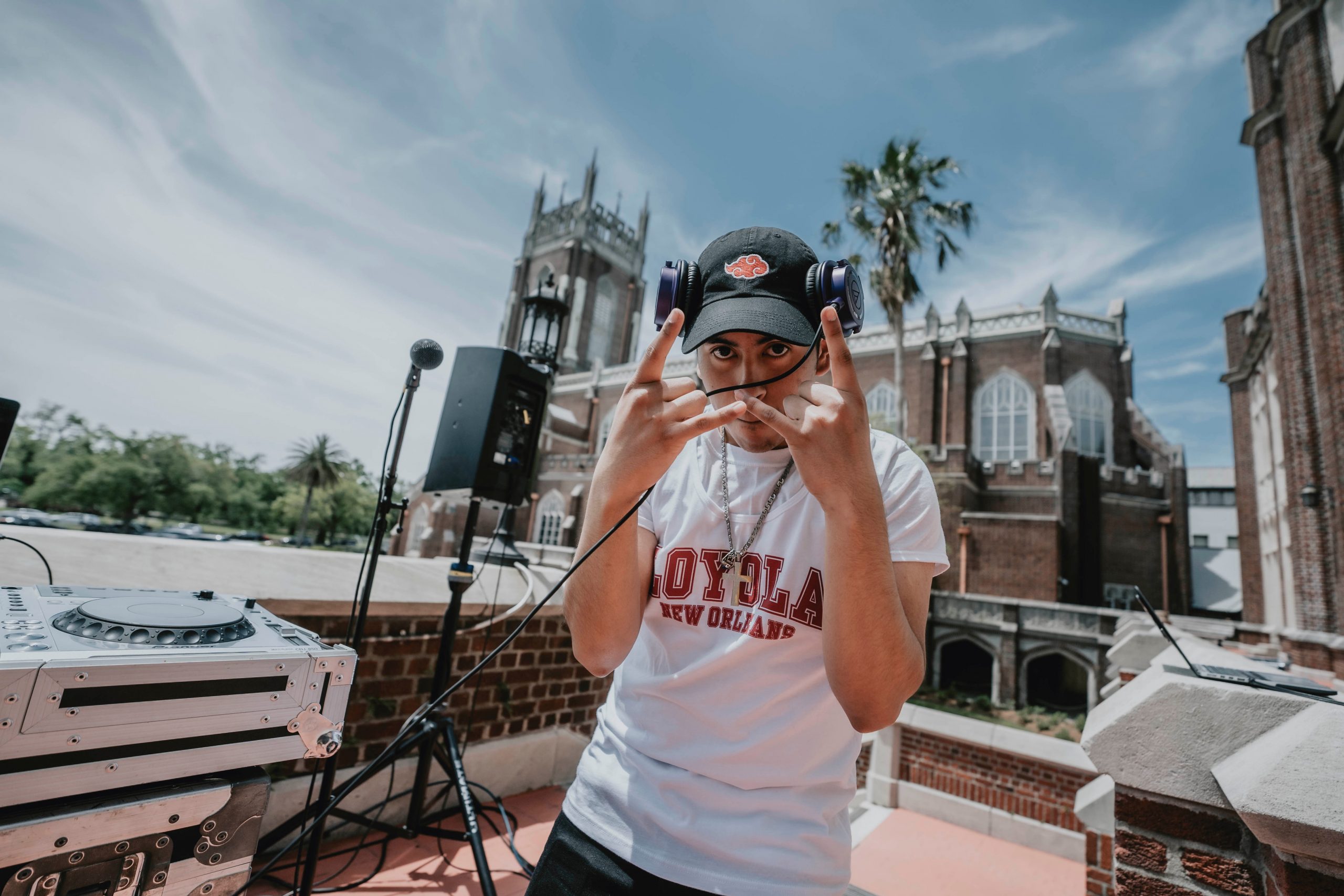 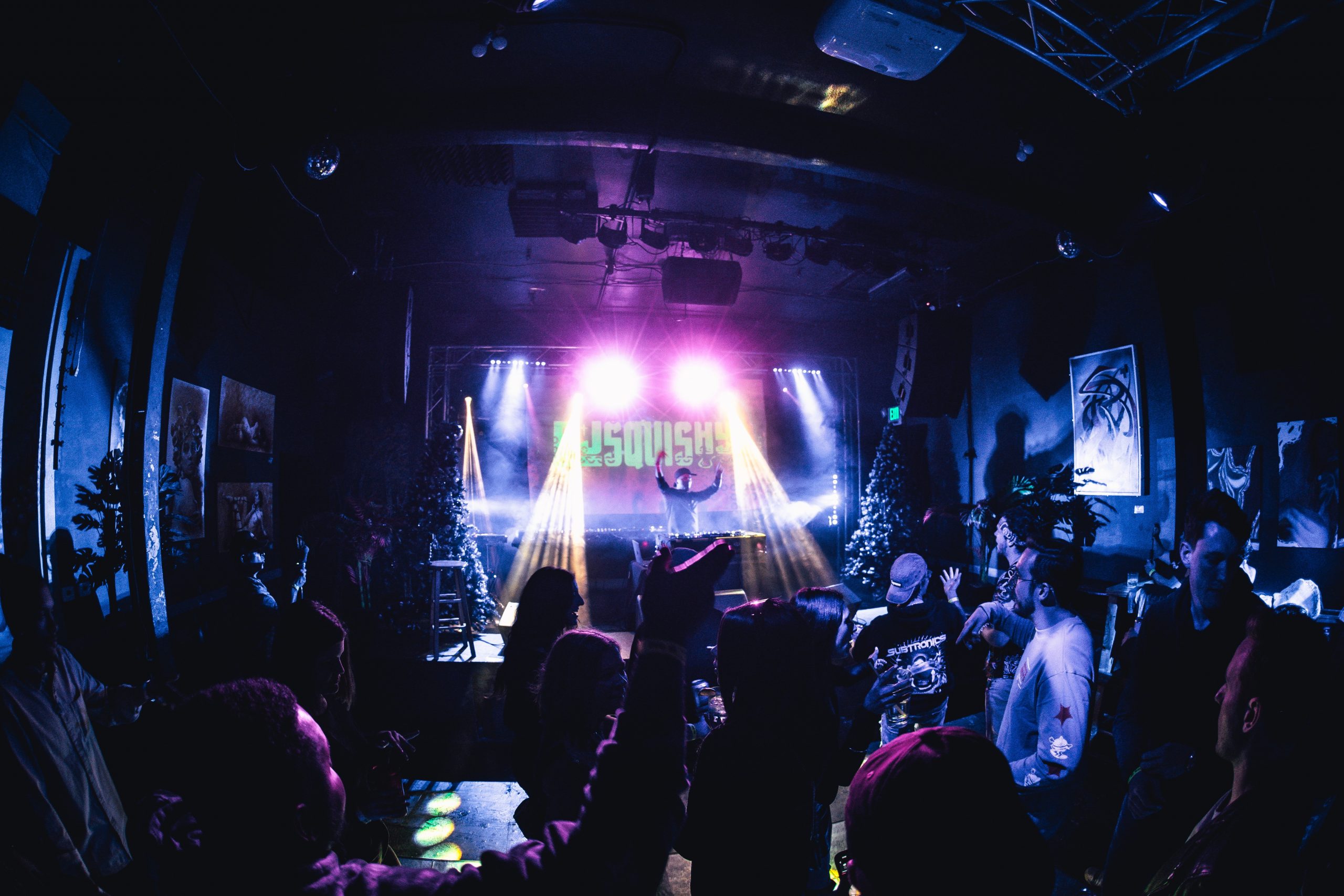 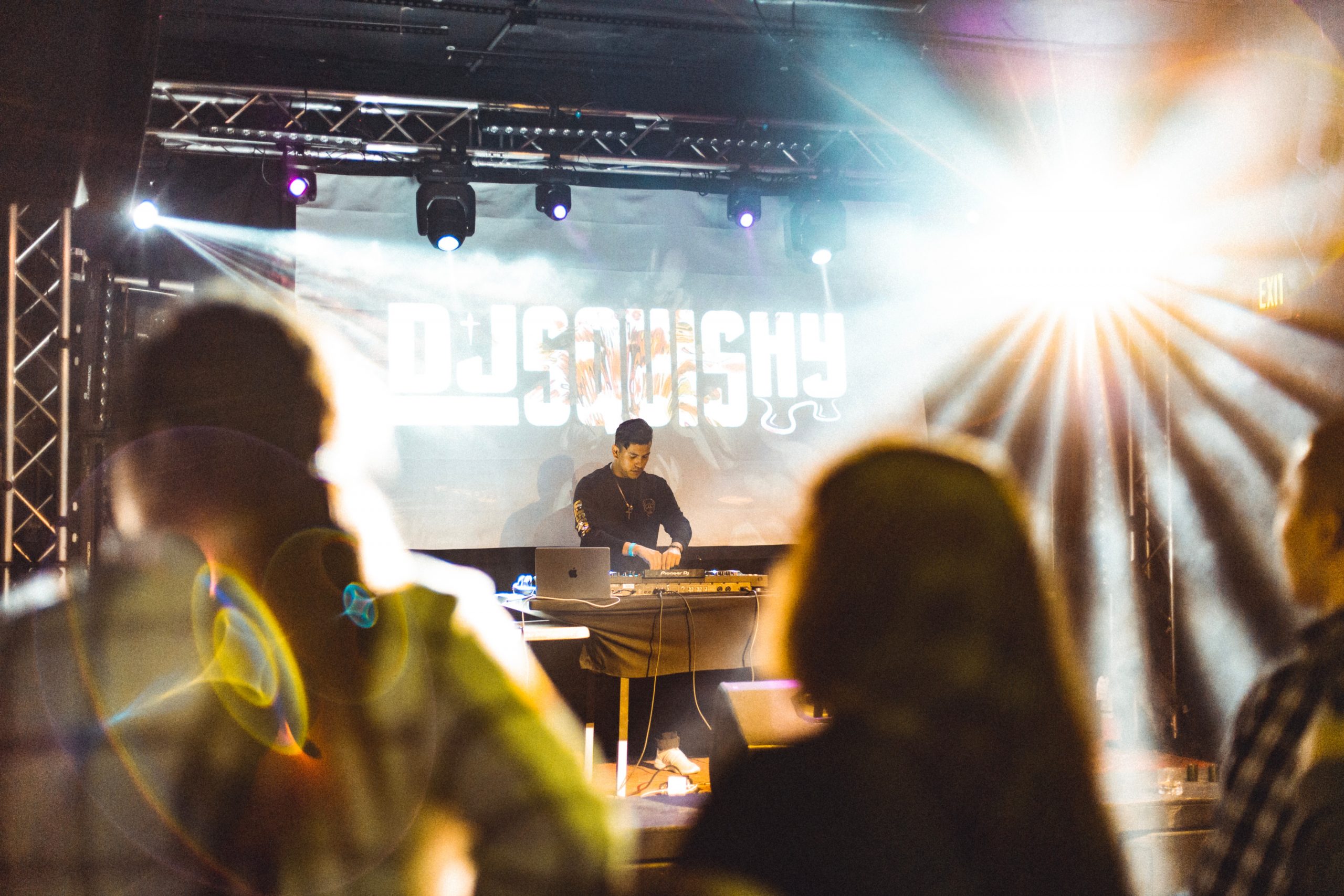