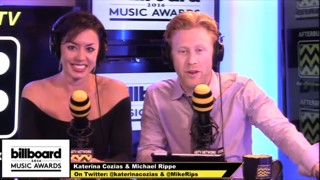 Today we’d like to introduce you to Katerina Cozias.

Hi Katerina, so excited to have you with us today. What can you tell us about your story?
Thank you so very much, it’s lovely to be here. I’m known as America’s Media Mindset Mentor. An international media and communication expert, on-camera TV host and best-selling author I currently reside between Denver and Los Angeles. Originally a small-town girl from Calgary, Canada, as a child, I had big dreams. As a teenager, I started to allow self-doubt to creep in however. Who was I to pursue my dreams of going to Hollywood and working in international media? Who was I to think I could travel the globe doing the work I loved? Maybe I should just play small and stay content with “normal.” Fast forward 20 years and today, I am the producer & host of the morning talk show LA40 and the founder of VasGeo Media Corp., a boutique media training and strategic development company.

In my bestselling books “Rising up from Mental Slavery; How to Unleash Your Infinite Potential” and “The Change; Insights Into Personal Empowerment” I combine insights on creating transformational and lasting change using the power of your mind and the awareness of subconscious communication patterns to up-level your life – having used my own up-leveling as my basis for comparison. Today, my proprietary consulting system, Media Mindset Mastery directs entrepreneurs, visionaries and creatives on how they too can take a startup or emerging entrepreneurial venture to global levels of success by developing their communication directives, language skills and media mindset effectively.

With several years of on-camera experience and having been professionally trained as a television host in the areas of on-camera performance, solo-TV hosting, co-hosting, interviewing, panel-discussion, teleprompter, voice-over, red-carpet coverage, script-to-screen, live event hosting and green screen on-air recording today I am considered a pro in every sense of the word. In addition to overseeing my company, I also collaborate as a recurring host with Movie Reviews & More, Hollywood Spotlight On, LA Talk Radio, ABTV, iTube 247, Talk4 TV and The Women’s Broadcast Television Network. Having finally seen my childhood dreams come true, I have reported live from some of Hollywood’s most prestigious red carpets including the Academy Awards, The Orpheus Awards, The Grammy’s gifting suites and The Billboard Music Awards (post-show commentary). In addition to the above, I’ve also has the opportunity to grace both the big and the small screen having appeared on the TV shows Beauty & The Beast (The CW), Damien (A&E) and Honey I Shrunk the Kids (Disney Channel), Good Morning San Diego (NBC) and in the movie My Big Fat Greek Wedding 2.

Fluent in English and Greek, I hold conversational French and am currently learning Spanish. With many years as the brand ambassador, host and speaker for various high-profile luxury/lifestyle events my travels have seen me present in cities including, but not limited to Miami, New York, Hong Kong, Athens, Moscow, Dubai, Cannes, Monte Carlo and The Bahamas.

As America’s Media Mindset Mentor, I am proud to contribute to the global growth and acceleration of leading media associations and is an active member of Toastmasters International, The Caucus (Producers, Writers & Directors), and WIFT (Women in Film & Television).  It is a joy to work with clients in the space of Media & Television. I’m so happy to help anyone looking to make inroads in those fields.

Alright, so let’s dig a little deeper into the story – has it been an easy path overall and if not, what were the challenges you’ve had to overcome?
Is the road to your dreams ever smooth? If it were, how boring life would be!

I believe that life is an epic adventure, or at least it can be for those willing to allow for the adventure to unfold. At times it is easy and at other times it proves more challenging. For me, there were various boughts of time where feelings of doubt, uncertainty, indecision and fear reared their ugly heads. A little voice would pop into my head with words like “who are you to go play in the big leagues? Are you as pretty or as talented as those other women? What will people say if you shine too brightly?” and on and on. The key is to develop your personal consciousness to the point where awareness of your own thoughts becomes a super-tool. The thoughts will always come, and it is up to us to decide which thoughts we will let in and which thoughts we will allow to just roll on by. When I realized, a cliche as it may sound, that I was the only one standing in my own way, I decided right then and there to get out of it! I actively worked on quieting my mind through acts such as meditation, long baths and walks in nature, and when my mind would still, I would simply observe the thoughts that crossed my mind, as a viewer, and then actively decide which ones to discard and which thoughts and beliefs about myself and my abilities I would choose to focus on. When I finally started focusing my thoughts and intentions on the good I wanted for myself rather than on the self-imposed perceived lack, life started to take on a magical countenance.

Can you tell our readers more about what you do and what you think sets you apart from others?
As someone who has an educational background in marketing and business, to find herself having moved through a career path that has resulted in so much “on-camera” work has been very exciting and rewarding. With over 15 years in the space of Media & Public Relations, although I am adept at creating press coverage, working with clients to increase their exposure and visibility, have colleagues and contacts across 30,000 media outlets nationwide, my favorite components of my “work” are to represent companies as their brand ambassador and spokeswoman, as well as any on-camera television hosting and interviewing. As quoted by Steve Bow “God’s gift to you is more talent and ability than you will ever use in one lifetime. Your gift to God is to develop as much of that talent and ability as you can in this lifetime.” My unique talent is that I am an excellent communicator, articulate and succinct. Knowing how and when to leverage the proper voice tonality together with a mastery of language skills combined then with non-verbal facial expressions can make all the difference when interacting not only one-on-one but with the public at large. I work with companies to showcase their products and train many of my clients in on-camera tips, presentation and communication skill creation, resulting many times in an exponential increase for them in the exposure and brand recognition their businesses are able to achieve. Did you know that almost 90% of CEOs cannot effectively articulate what their company actually does? Let alone translate this across a screen with power and conviction. In this day of “zoom calls with grandma”, mastering your on-camera persuasion, influence and charisma is a must! I love any opportunity I have to get on a stage or in front of a camera. Life is fun! I have 100% intentionally scripted it to be so, and I hope you will too!

Do you have any memories from childhood that you can share with us?
Oh yes! I remember being a little girl watching the television award shows such as the Academy Awards and Olympics Medal Ceremonies for example and pretending I was the host of the show. From as young as about ten years old, I would take my mother’s hair brush and prance around the house pretending it was a microphone, interviewing the plants and the furniture on what it felt like for them to win this year’s award. Fun memories to say the least! 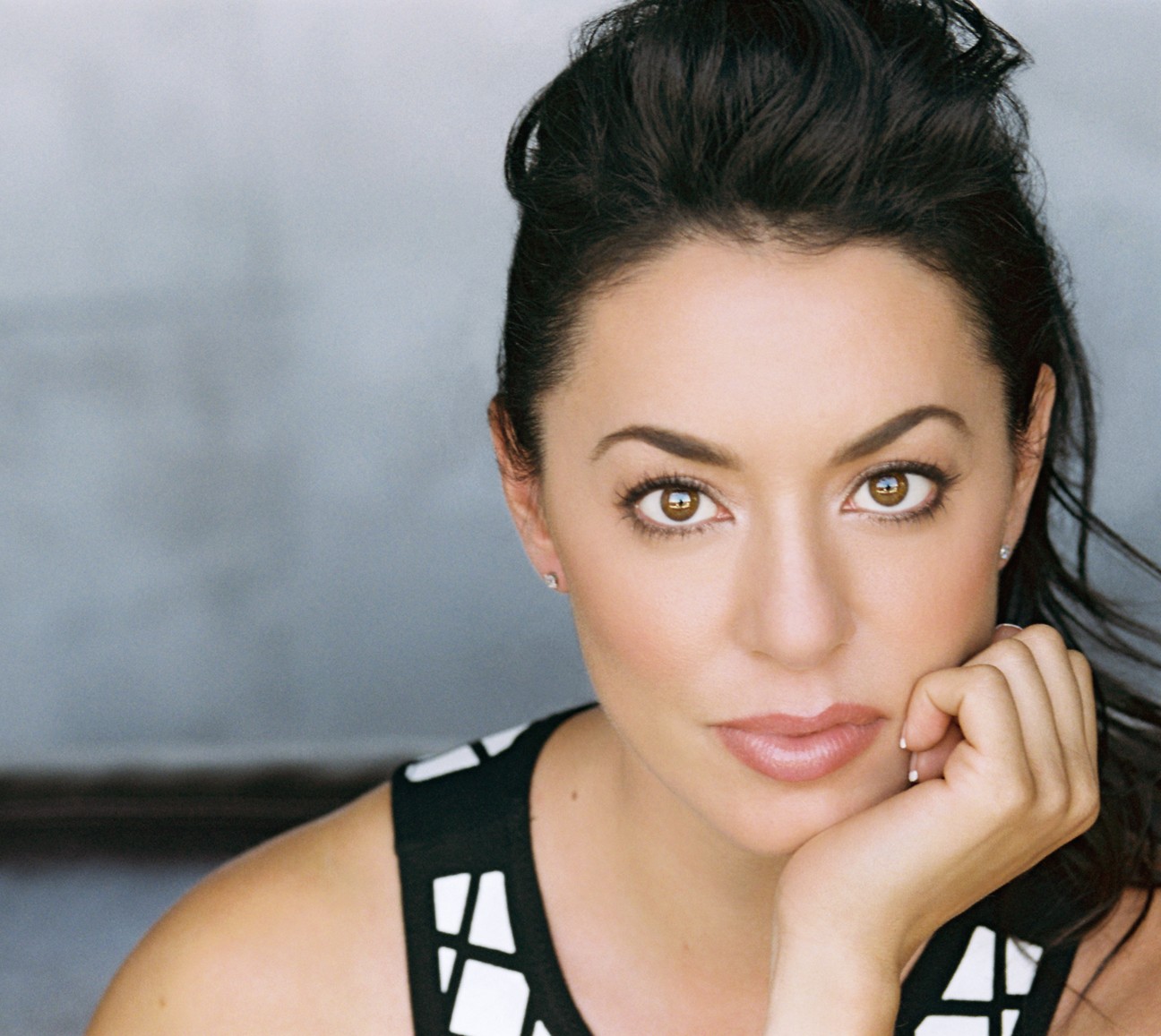 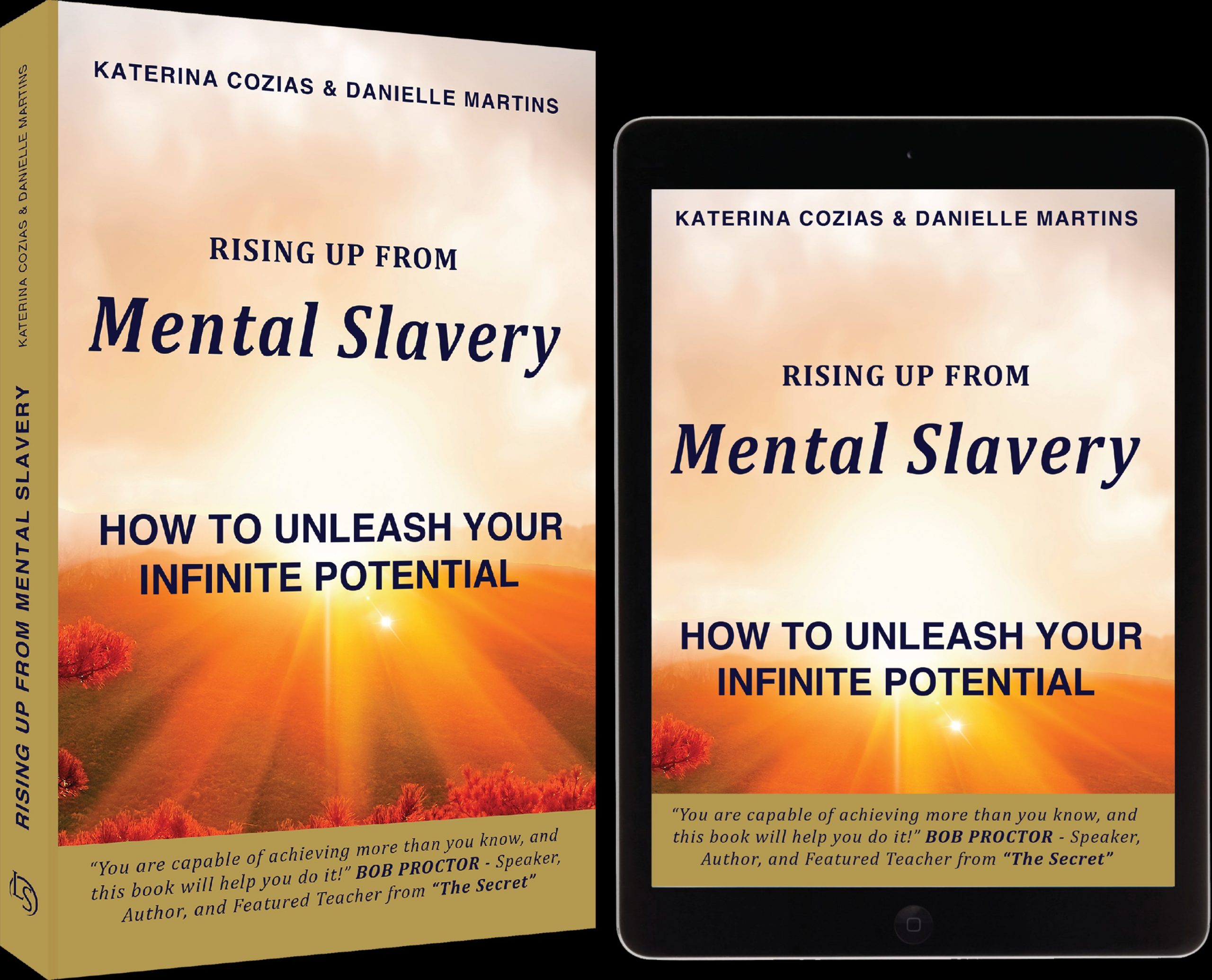 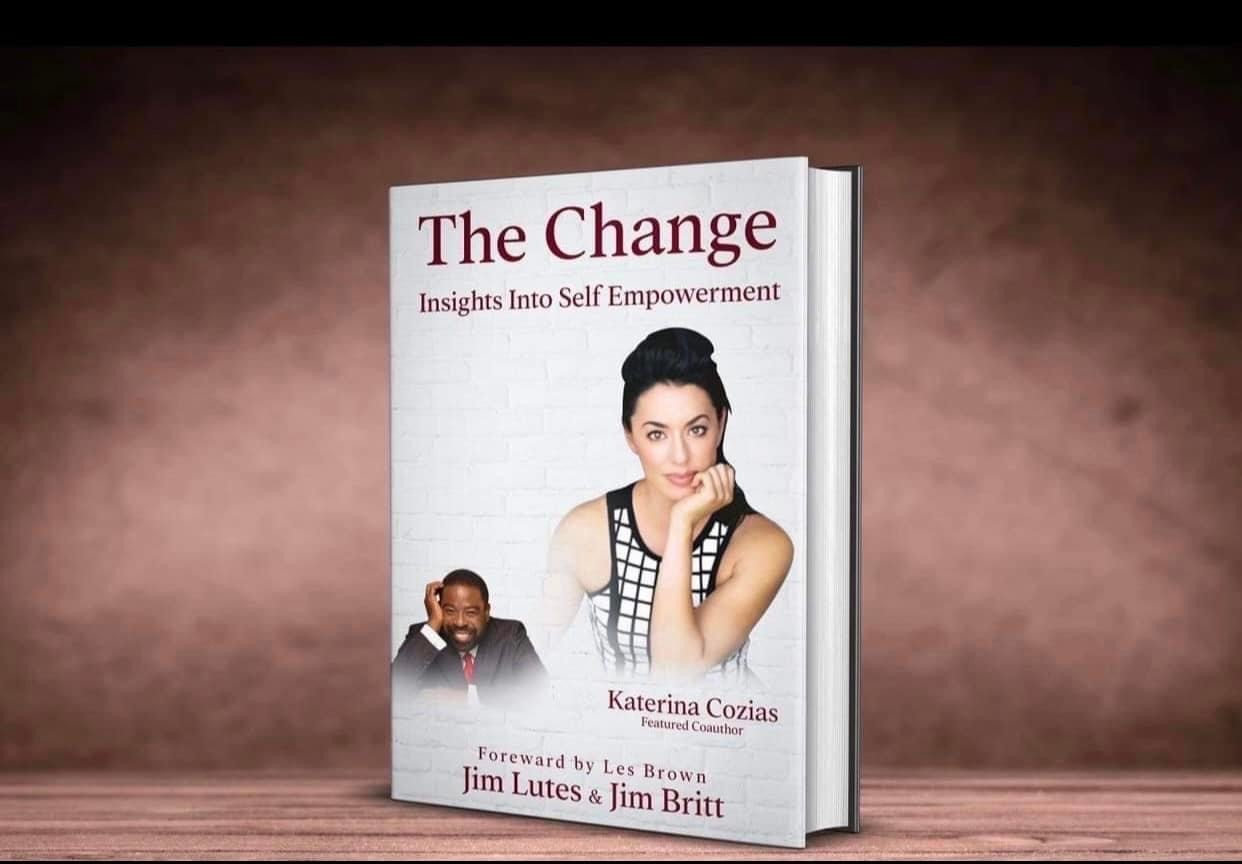 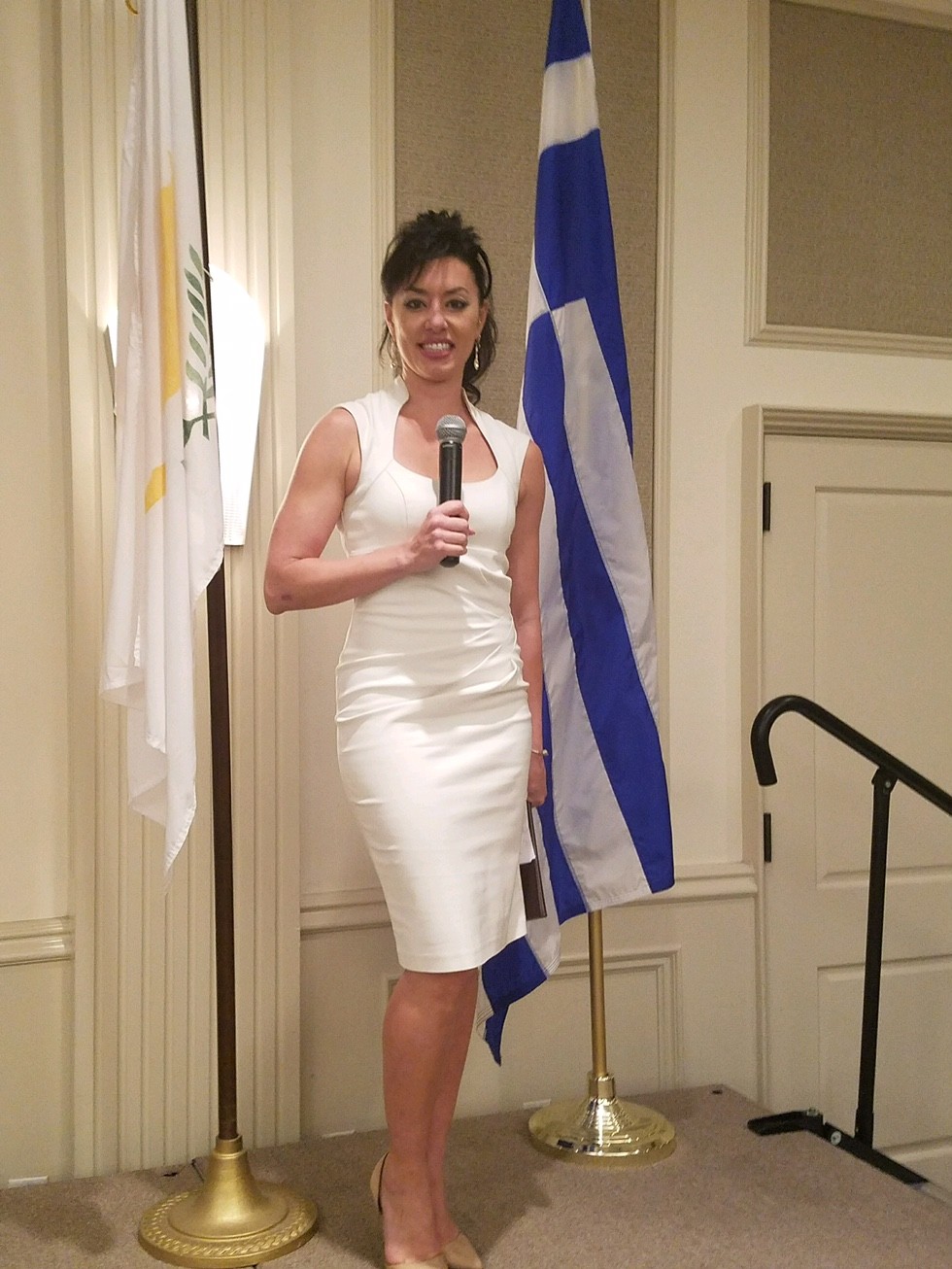 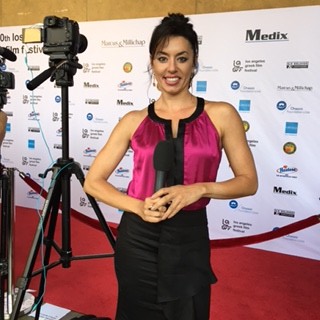 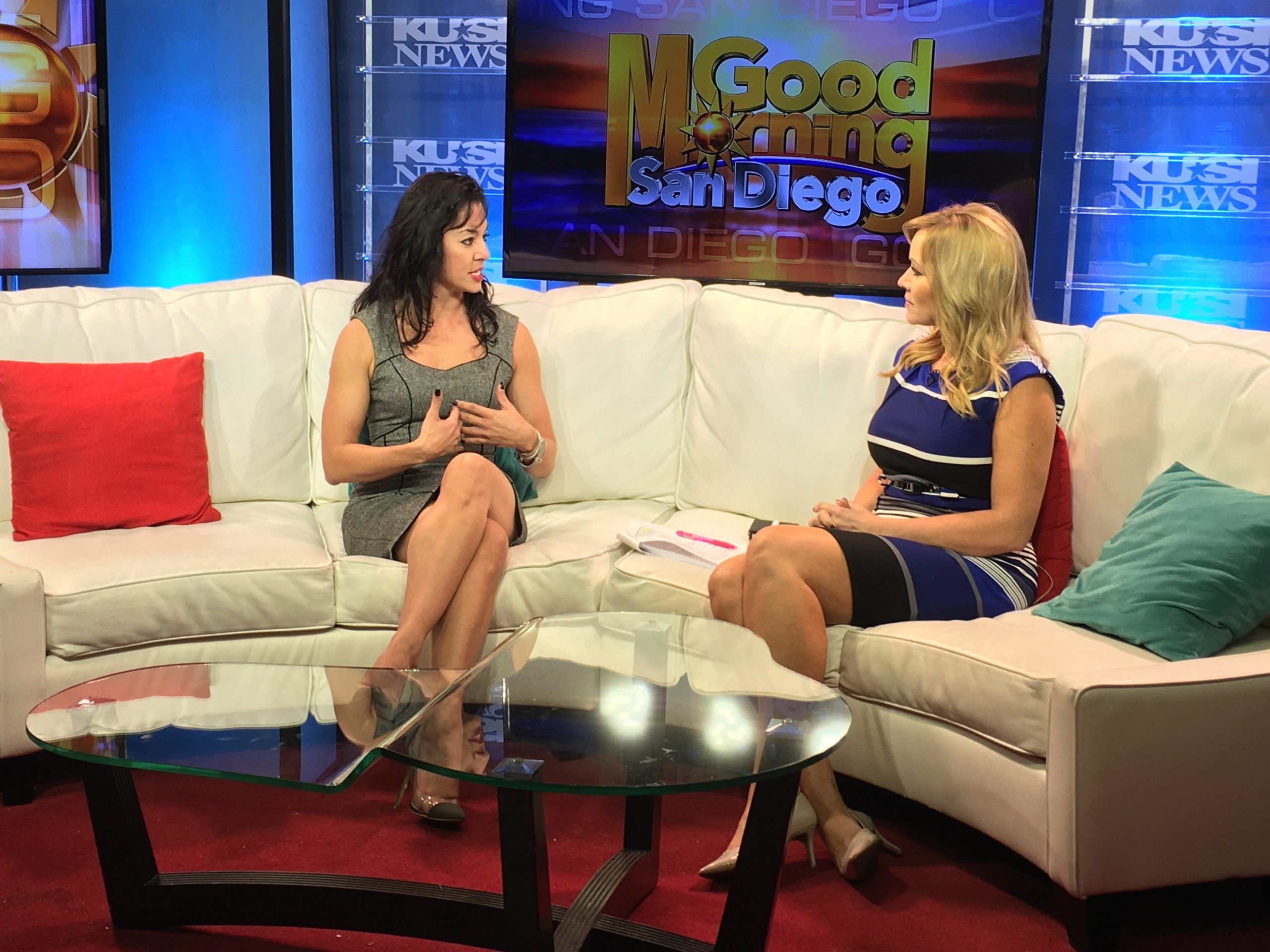 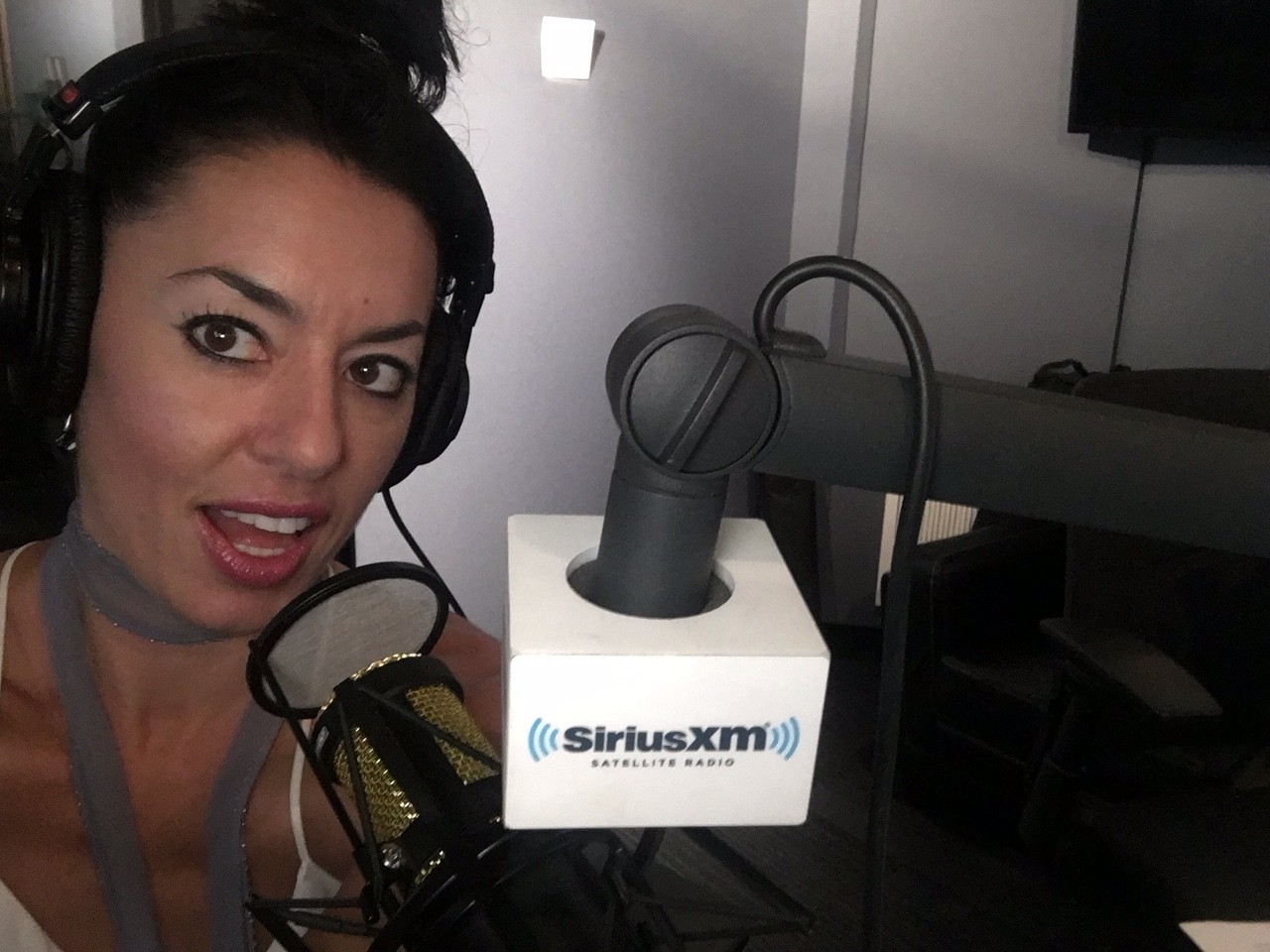 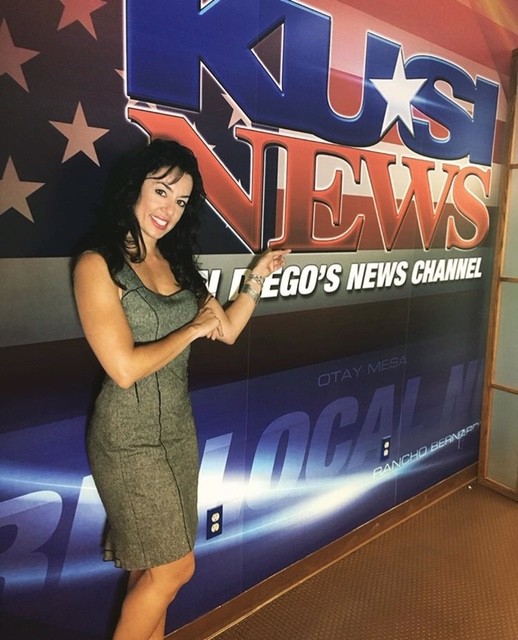 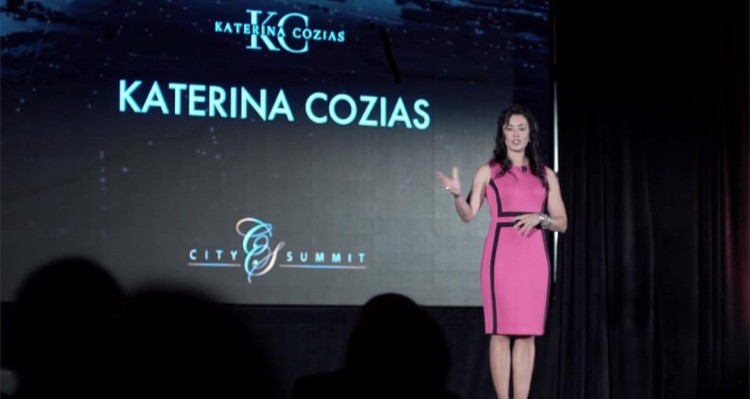 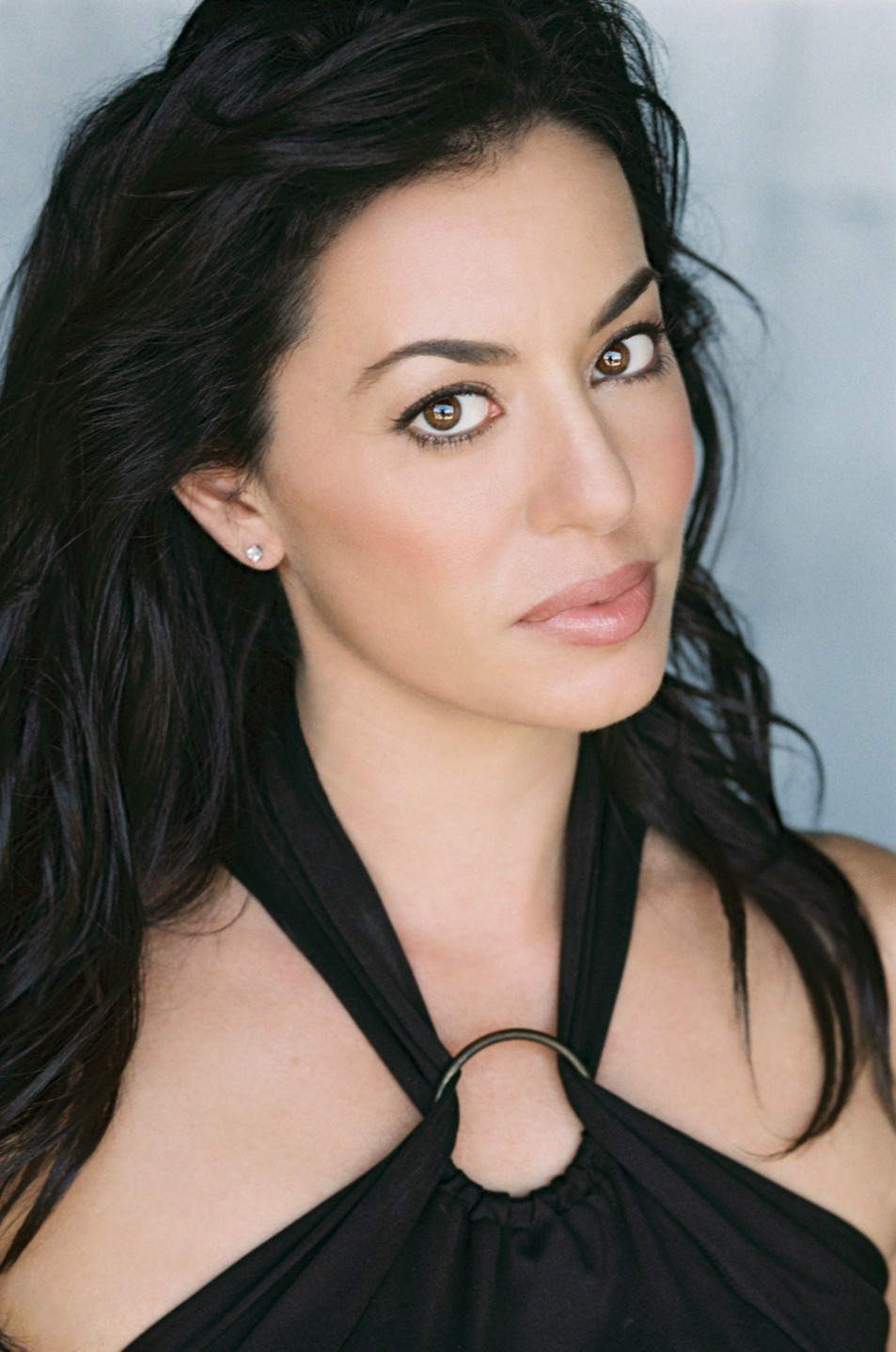 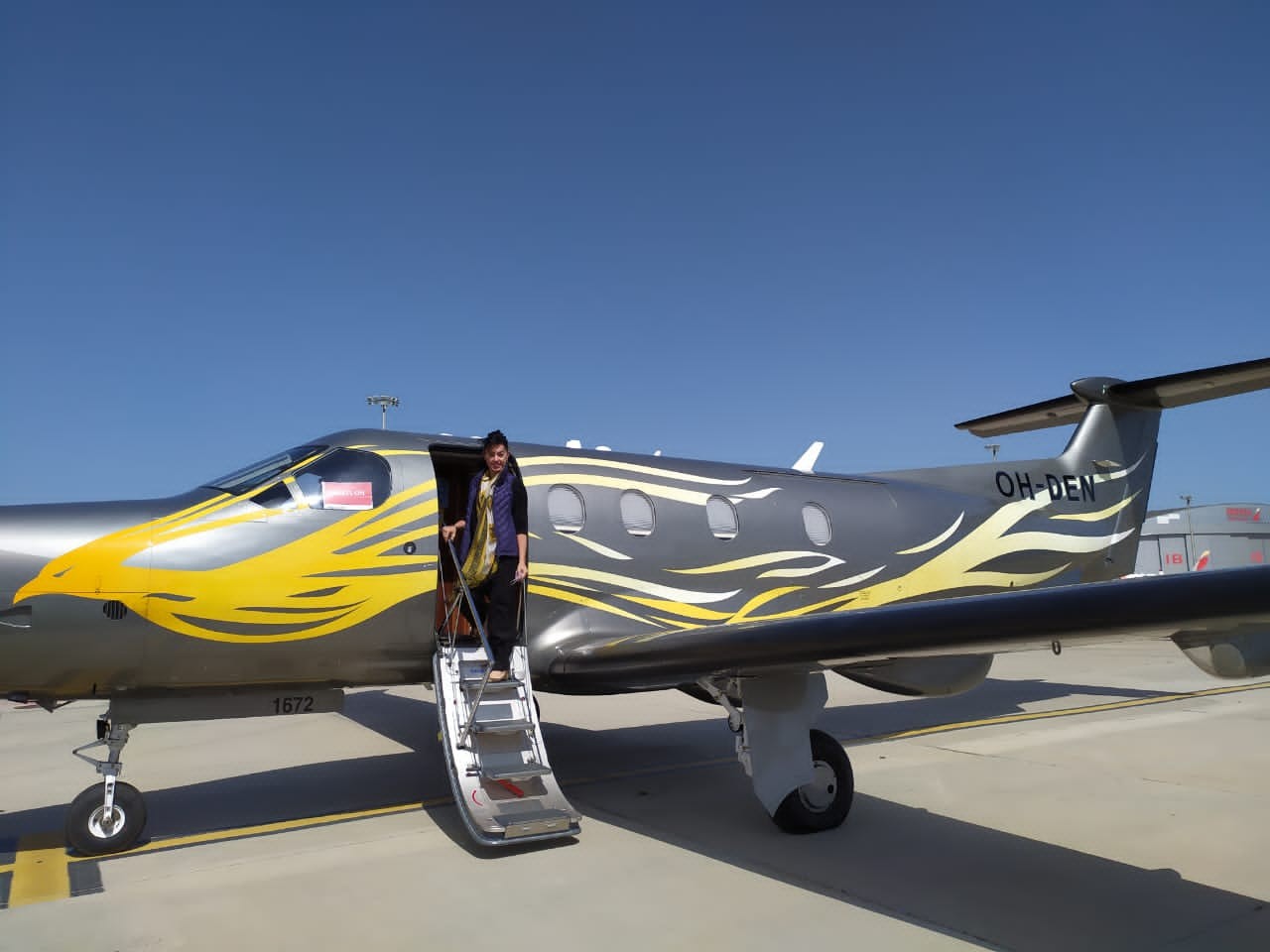 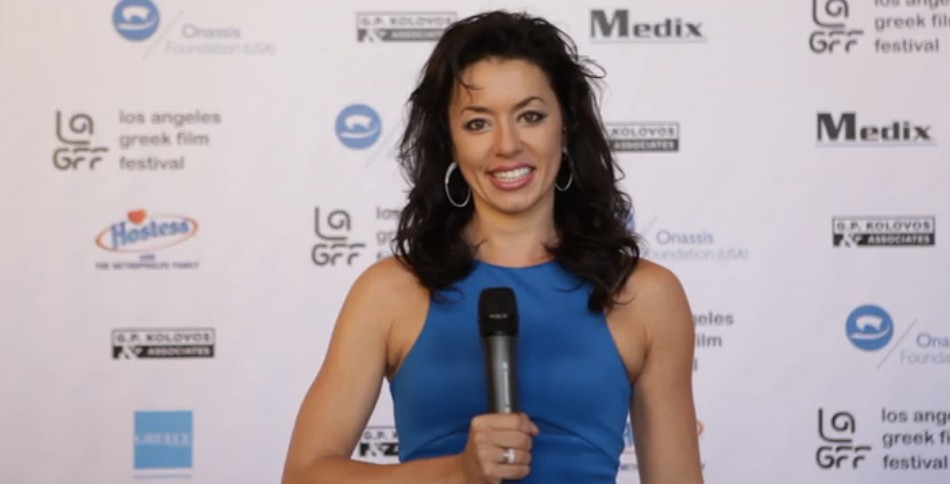