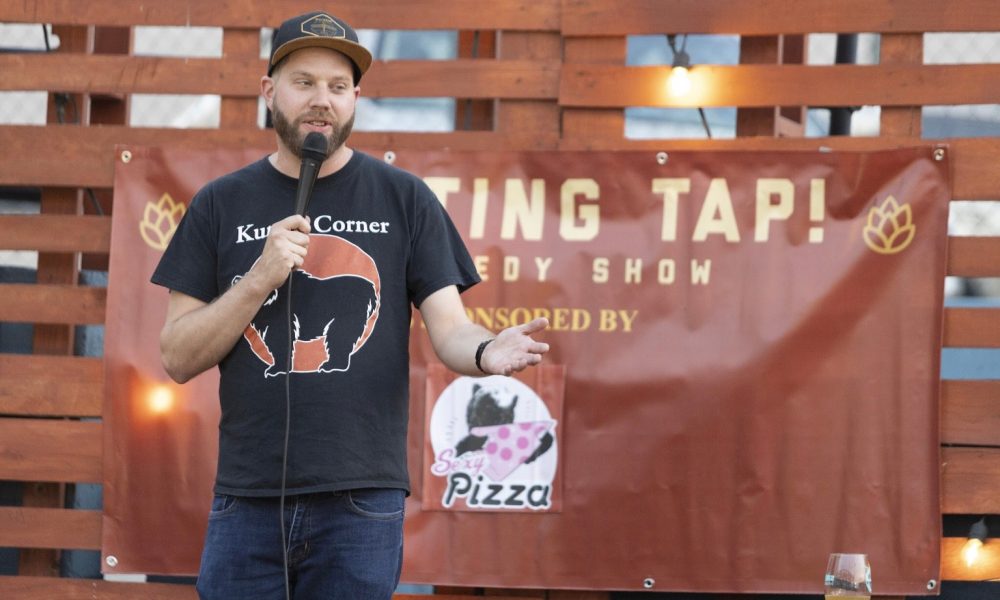 Today we’d like to introduce you to Steve Vanderploeg.

Hi Steve, please kick things off for us with an introduction to yourself and your story.
In May 2012, I began performing stand-up comedy at open mics, usually solving my stage fright by consuming a few too many beers. I quickly fell in love with stand-up and knew that this was a path I wanted to take. It became evident quickly that success in comedy can be helped immensely by running your own showcase, so I began looking for a venue to host a comedy night.

I began producing comedy shows in December 2014, six months after my friends at Chain Reaction Brewing opened a location on S. Lipan Street. Growing up with these guys, they were obviously quick to support when I pitched them the idea of a comedy night, but many local comics were weary. A handful of local comedians told me that hosting comedy at a brewery was a bad idea. I was told “The ceilings would be too high for anyone to hear,” and “The crowd will be too wasted off of beer.” I decided to power through and give it a shot anyways, and the audiences started growing and growing, eventually leading to many local awards, and becoming a fan favorite place for stand-up.

In 2016, after Comedy Night at Chain Reaction saw some success, I had the idea for Rotating Tap – A comedy show that traveled from brewery to brewery putting a focus on matching some of the hottest rising comedians, with some of the best craft beers, pairing comedic styles with the personality of each brewery. The very first blueprints and foundation of Rotating Tap began here. I knew it would be a lot of work to align multiple venues with countless performers, so I kept a full-time day job and held it as my priority. Beyond a passion for stand-up, I also have a love for making money, and it’s pretty rare that these two devotions intersect.

In 2019, I interviewed for a big promotion at my day job, which I had been solely focused on earning for the past 3 years, only to be denied from the position. While I was reasonably disappointed, years of stand-up comedy taught me how to handle rejection, and I began the transition of focusing on climbing the corporate ladder, to becoming a full-time comedian. I knew a major help in this process would be taking a shot at making Rotating Tap a reality. I began spending my free afternoons at breweries, drinking incredible craft beers and getting to know the members of the brewery community, as well as the neighborhoods that meant so much to them. Through conversation, it was quickly apparent, that a comedy night once a month was mutually beneficial for most breweries, as well as the entire comedy community. I began reaching out to breweries, and more and more began signing up – to the point where Rotating Tap had a good enough reputation for breweries to start reaching out to me.

Today, Rotating Tap has produced comedy shows at over 20 local breweries and will be joining forces with more in 2022.

Can you talk to us a bit about the challenges and lessons you’ve learned along the way? Looking back would you say it’s been easy or smooth in retrospect?
I always expect struggles, but comedy has taught me that being willing to work and overcome things is part of the growth process. The hardest part of all of it was getting on stage for the first time. From there I’ve run into various corners from having my peers doubt me at the beginning, to other comedians trying to take things I have built later down the road. I’ve had friends not understand what I’ve been trying to built, with some of them even calling me crazy.

Every single show I produce stresses me out thinking about how many people will show up, will they have fun, will the performers’ bomb and most of all will the brewery be happy with the result. Every single show has its own obstacles.

I never intended to start a business, and it’s a trip too. I majored in English with a focus on Poetry so learning how to run a business is something I spend hours on every single day. It can be exhausting, but equally rewarding. I have to deal with the government more than I ever intended growing up. I am constantly trying to fulfill the needs of others. Marketing is hard. Expanding is hard. Motivating others to go a good job is hard, but I also know through experience that working for someone else who only has their best interest in mind, is also hard. It’s worth it for the expansion of personal skills.

Beyond all that, there’s a little thing going on called a pandemic. It’s something we’re all struggling through, but when entertainment shut down completely, there were some real dark months for not just me, but every comic and every performer out there. I was able to safely give over 100 local comics at least one set during the summer of 2020. That’s something I’ll always remain proud of.

Alright, so let’s switch gears a bit and talk business. What should we know about your work?
Rotating Tap might be the most successful part of my comedy career at least locally, but I’m pretty proud of a lot of the things I’ve accomplished in my personal career as a comedian as well. I focus my joke writing on things important to me, that I think isn’t talked about enough on a public scale – topics like how people treat each other, music, pop culture, my truths, and even death. This has led to me achieve a lot of goals I’ve set for myself. I have been featured as “Comedian of the Week” on Denver’s Today’s Comedy Radio 103.1. I am a regular at Comedy Works, which is no easy feat. I have been able to travel to countless new places throughout the country as a comedian but performing on over two dozen prestigious comedy festivals. I regularly get to go to cities I love like San Fransisco, New York, and Boise and also get to discover hidden gems across the nation like Newport, Rhode Island, and Wilmington, North Carolina. All through comedy, which is pretty damn cool.

Can you talk to us about how you think about risk?
As a comedian, I am constantly taking risks. Every time I get on stage, I take the risk of bombing, every joke I tell, I take the risk of someone not liking me for what I say. My job is to constantly put myself out there, which is a risk in and of itself. But like they say, no risk – no reward. And every time I am reward, whether it be by one person laughing, or a whole crowd, it makes me want to take bigger risks. Eventually, I stepped down from a job to focus on building my own business. If I don’t take a risk every single day, no matter how big, I’ll feel stagnant. Feeling stuck as a comedian or as a business owner is the same. It sucks. So, I’d rather be risking it all. 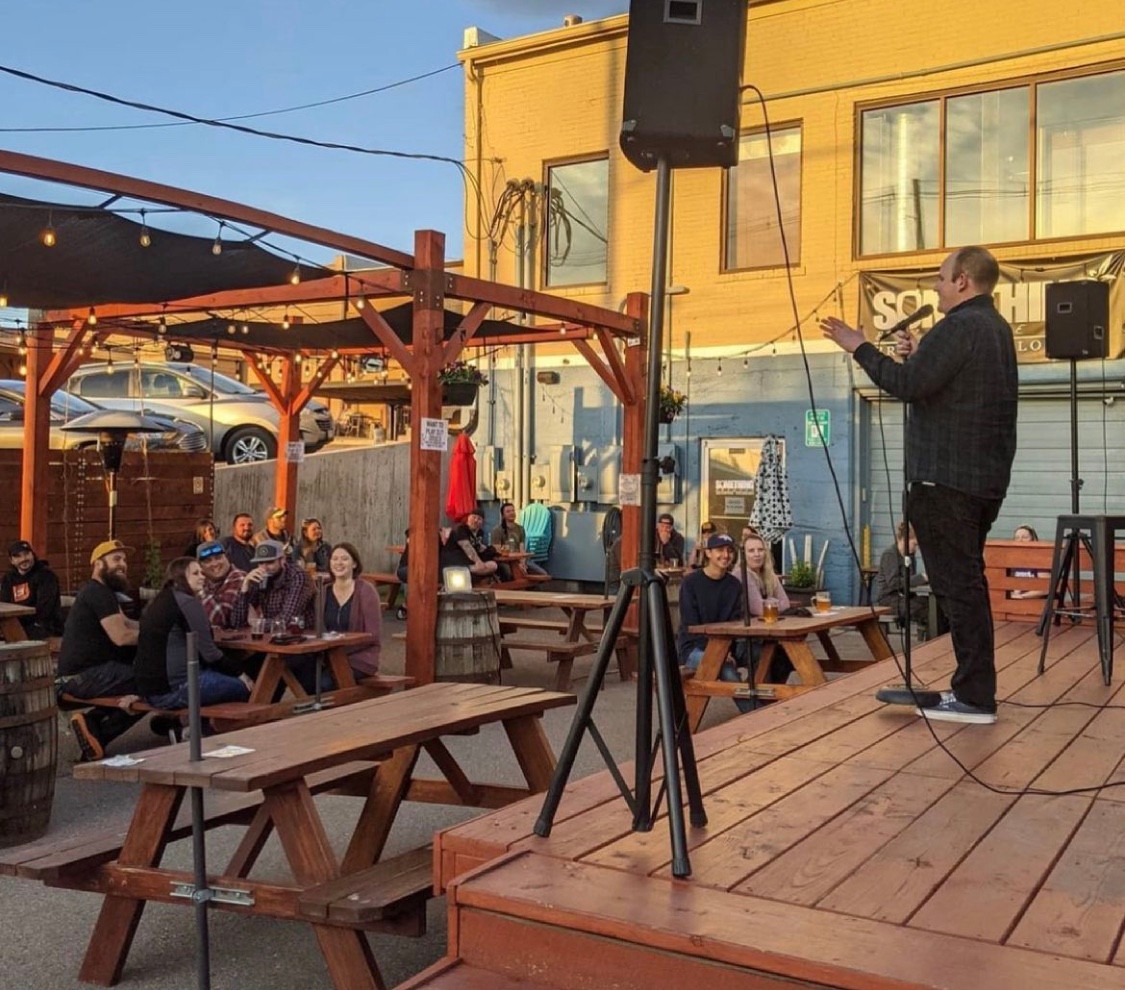 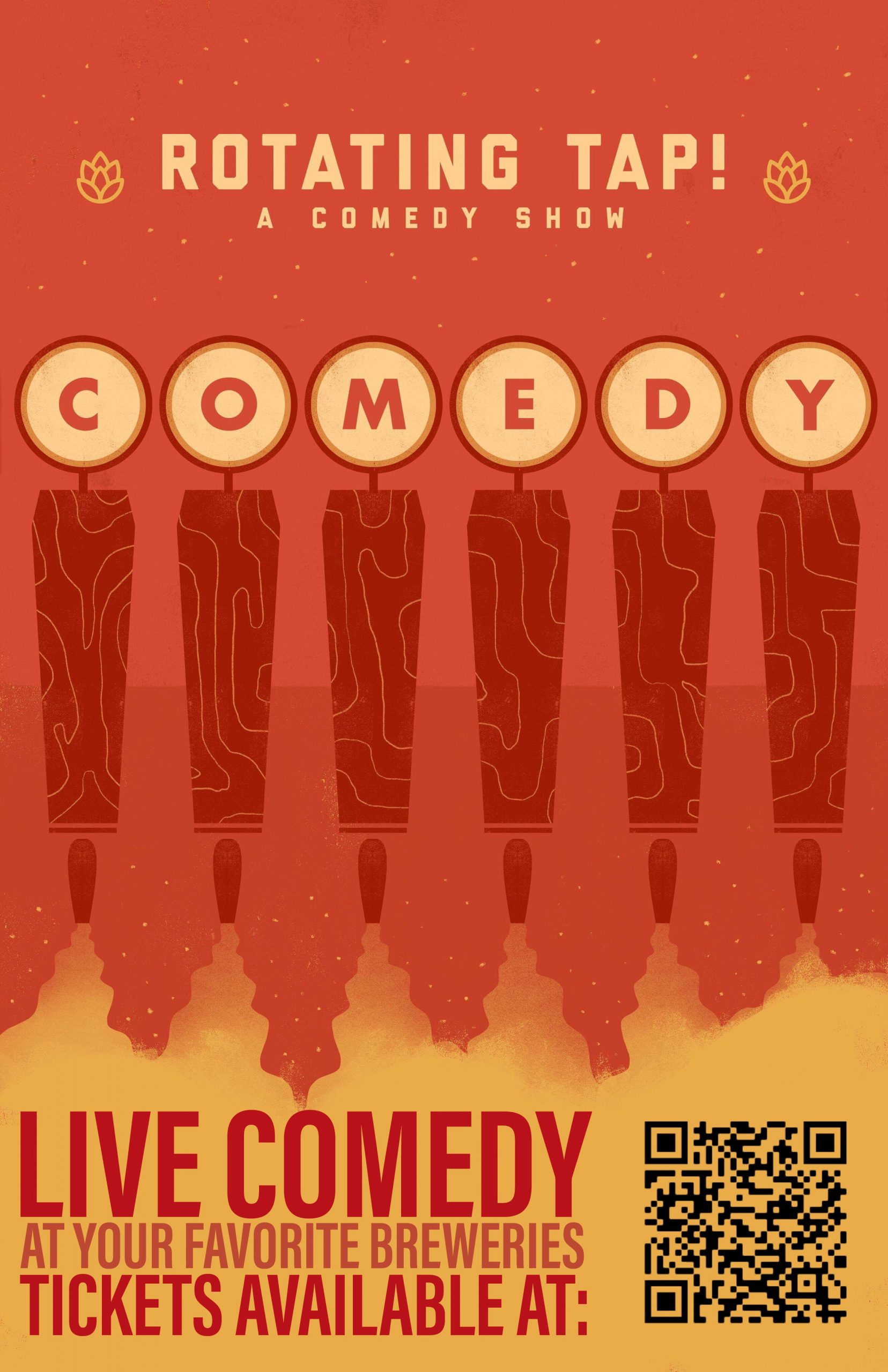 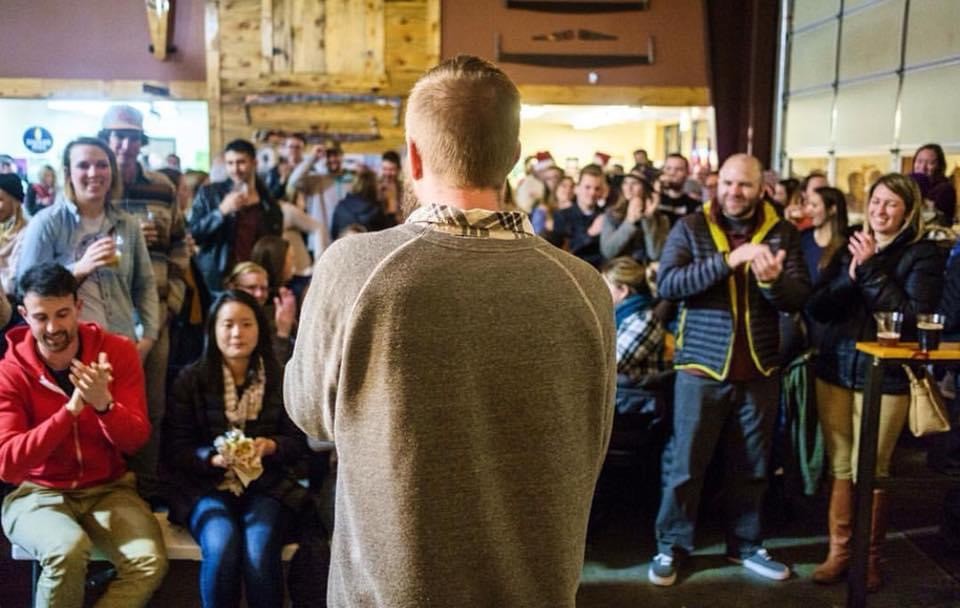 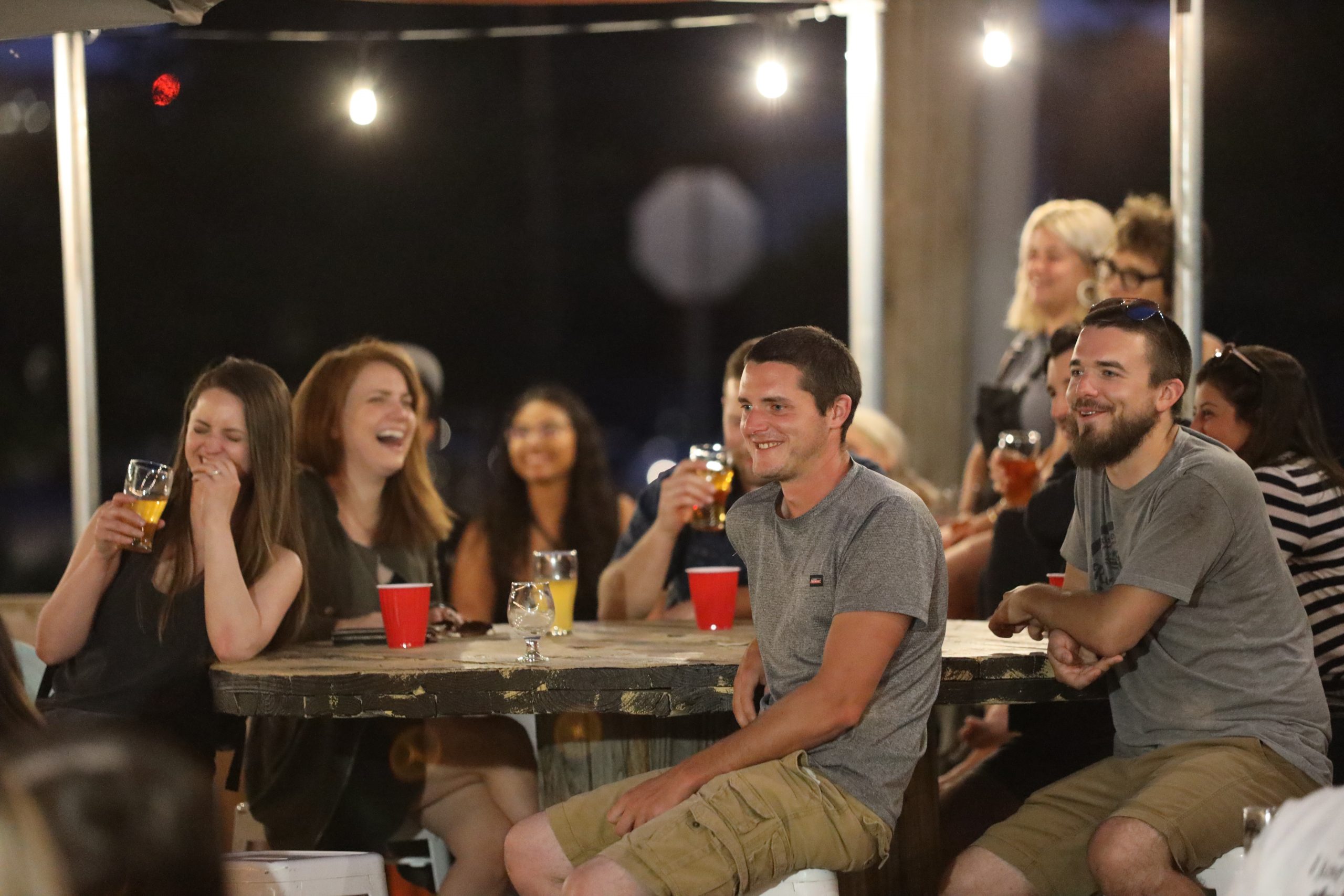 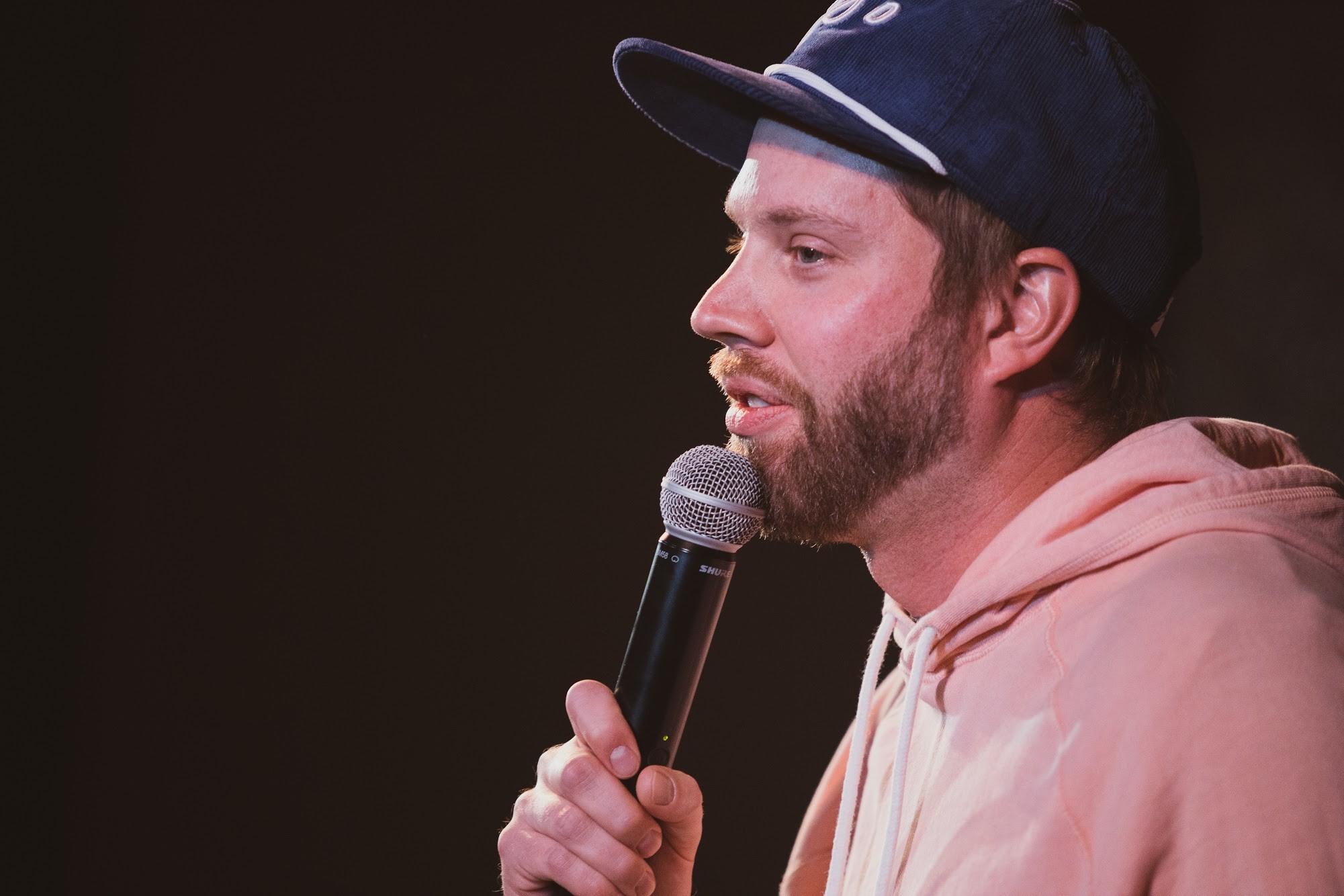 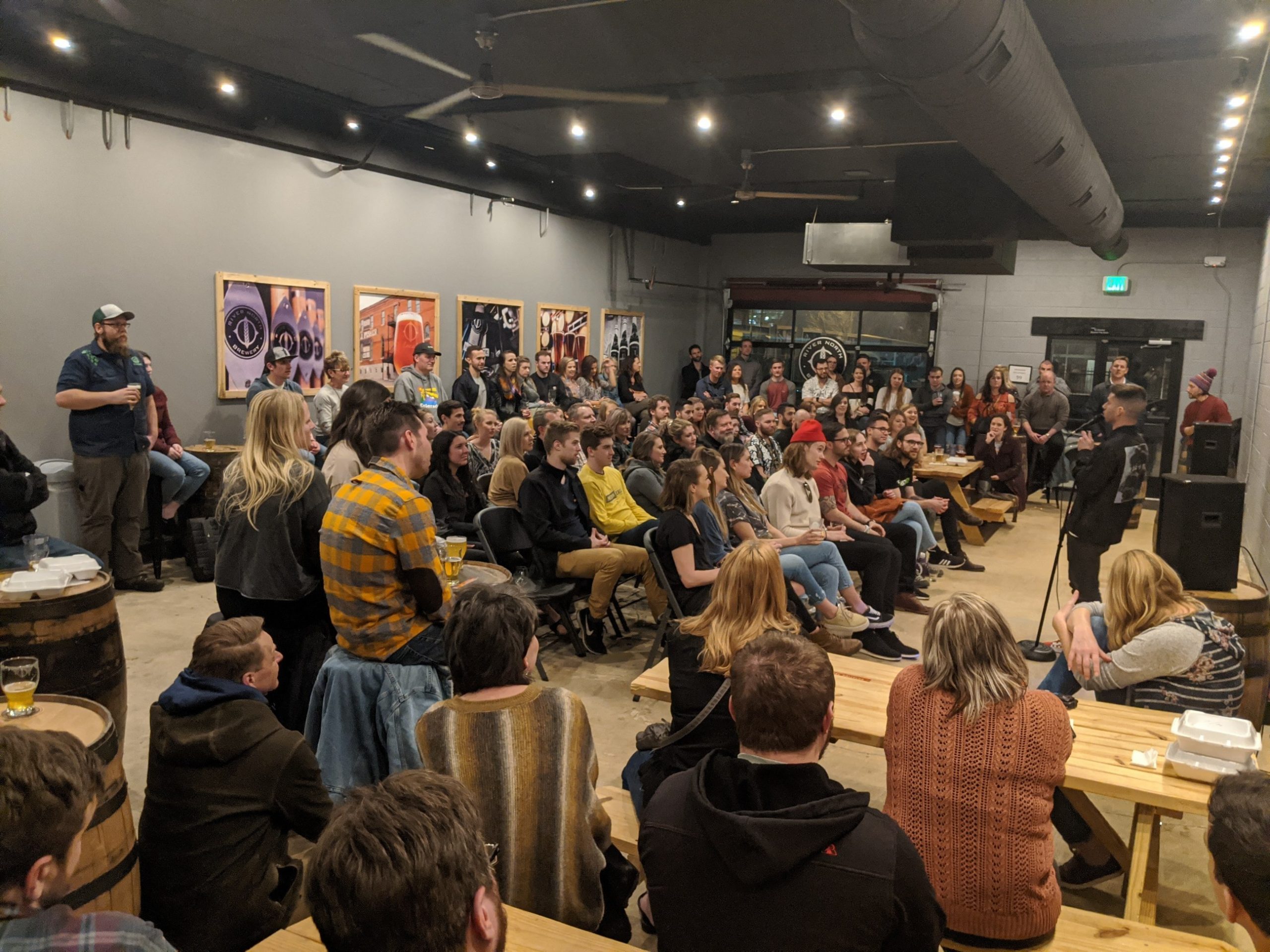