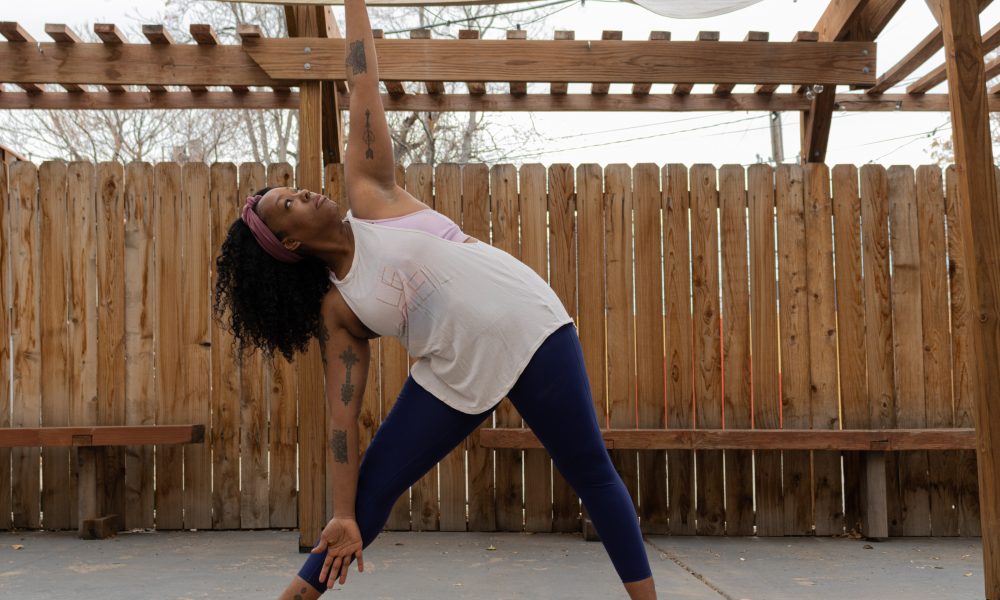 Today we’d like to introduce you to Steph Lindsey.

Hi Steph, please kick things off for us with an introduction to yourself and your story.
After a life-changing event, I started practicing yoga a bit more consistently. In 2018, on a whim I decided to apply to a yoga teacher training, I honestly didn’t think I would one get accepted and two be able to afford it but the universe had other plans. It was in my YTT that I started to learn and unlearn a lot about myself, stories I thought were mine, I began to let go. I knew as my YTT was coming to an end that I wanted to have yoga in my life more, and began to think about how I could offer some of the things I learned and unlearned back to my community, specifically Black women.

In 2019, I began offering classes consistently through an organization called the Black (now, Black and Brown) Women’s Alliance of Denver. Much of my practice up to that point, was practicing in yoga studios where I was one (or one of two) of the only Black women in the class, which left me longing for a space where I and others like me were not only seen but held. The classes with the Black and Brown Women’s Alliance allowed me to give back to a community that was often overlooked and ignored within the wellness industry. Having completed a training program that was outside of the traditional studio offerings, it was hard to really forge a way into yoga studios. I was very aware of tokenism within some spaces and was extremely cautious about connecting to studios that felt out of alignment with my personal practice.

By the close of 2019, I had a shortlist of studios I felt aligned with my beliefs of social justice and yoga. To bring in the new year, I reached out to my top choice yoga studio, Urban Sanctuary. I knew Urban Sanctuary was the only Black woman-owned yoga studio in Denver and they offered classes that spoke to the experiences of Black women in wellness. I had been in communication with the owner Ali Duncan when everything began to shut down, so I wasn’t sure if anything would come of it given that literally, everything was closing due to COVID-19.

It was about April that Ali reached back out with a plan to take classes online. I was able to pick up one class offering. During this time, I was continuing to build my home practice a lot more, while many of the teachers I followed began to offer virtual classes which gave me access to teachers I wouldn’t normally have access to. It was that summer that I saw a 50 hour training which then led me to my 300 HR teacher training with Davina Davidson, again someone I wouldn’t have normally had access to but because everything was virtual I was able to study with a woman on a similar mission of bringing true wellness to people of color.

Once, I committed to the 300 HR training, I knew that I was stepping on to a path of self-discovery and learning I had deeply longed for. Completing my 300 HR just opened up a greater desire to dive deeper into not only my own practice but deeper into my own understanding of yoga and yoga philosophy, so from there I participated in a restorative yoga immersion with another amazing Black woman, Octavia Raheem. I am currently working through my Yoga Nidra training with Tracee Stanley and Chanti Tarcoronte-Perez. In all of these trainings, I am not only learning so much about myself but learning how I want to show up for those who look like me and have similar and shared experiences as me, and are working to create a better place for us all.

We all face challenges, but looking back would you describe it as a relatively smooth road?
Smooth… Lol, no. I launched my brand a full year before the initial shutdown. I was (am) still working full-time so a lot of what I have been able to build has happened when I was off from work, and during the weekends. During this time, a lot was shifting and changing not only within society but began to trickle in the wellness industry.

Social Justice had become a trend and a lot of people began following me and many other BIPOC yogis for what felt like superficial reasons. It was hard navigating true opportunities from tokenism, it was especially hard as various yoga studios began reexamining their roles and complicit-ness within their colonization/ appropriation of yoga. Luckily, for me, I was aligned with a studio that has always led from the stance of social justice. It was because of my home studio, Urban Sanctuary, that I feel I was able to stand in my own truth as a Black yogi.

Urban Sanctuary is a place where I was ALWAYS invited to be authentically me. That has been the biggest comfort in putting myself out there.

Thanks – so what else should our readers know about Black Unicorn Collective?
Black Unicorn Collective was born from my 200HR teacher training. I knew I wasn’t the only one out there that felt a longing for something more within their lives. I became clear on why I wanted to bring yoga and wellness to people that had similar journeys or were just looking for something slightly off the beaten trail. I offer a variety of yoga classes affiliated with studios and organizations and on my own through my site. (theblackunicorncollective.com) I feel what sets me apart is how I show up. I come with all my flaws and imperfections and I choose to love them instead of hiding them. I recognize the human-ness of us all, and I choose to honor that. It is my hope that in showing up authentically, I can create space for others in practice with me to show up in their lives just as authentically.

Something I would want readers to know is that while I’m a Black yoga teacher that centers wellness specifically for Black people and the People of the Global Majority and I 100% recognize why and when space should be held for specific identities, I believe it’s important for those outsides of my identity to step outside what has been normalized within yoga and wellness spaces. Yoga was created by People of Color, the People of the Global Majority.

Yoga is not exclusive, nor what western appropriation of yoga has sold back to us. It is more than the ‘skinny white women’, more than simply being about the postures and poses, it is more than a workout. “Yoga is NOT a feel good practice, it is a FACE THE TRUTH practice” as Indu Arora has said. Yoga is how you are showing up in your life when everything is going right, it is also how you show up when everything is going wrong. The yoga I practice lives in social justice and truth not outside of it and that is what kind of yoga practice you’ll get from me.

How do you think about luck?
Luck to me is when opportunity meets with preparation. I have been fortunate in that I have been allowed access to teachers and trainers I wouldn’t have necessarily had access to had it not been for the need to shift a lot of our existence to online. For me, I have been privileged in that I have remained healthy, I was able to keep working and I was able to use the time given to me to map out how to grow my business.

Every single person I trained with and learned from showed me a multitude of ways I could show up. This allowed me to dispel the notion that there was one right way. As traditional pathways began to crumble, I saw and experienced a multitude of ways to grow while also remaining true to my vision. So, I guess I’d actually say Luck is opportunity meeting preparation with collective support. 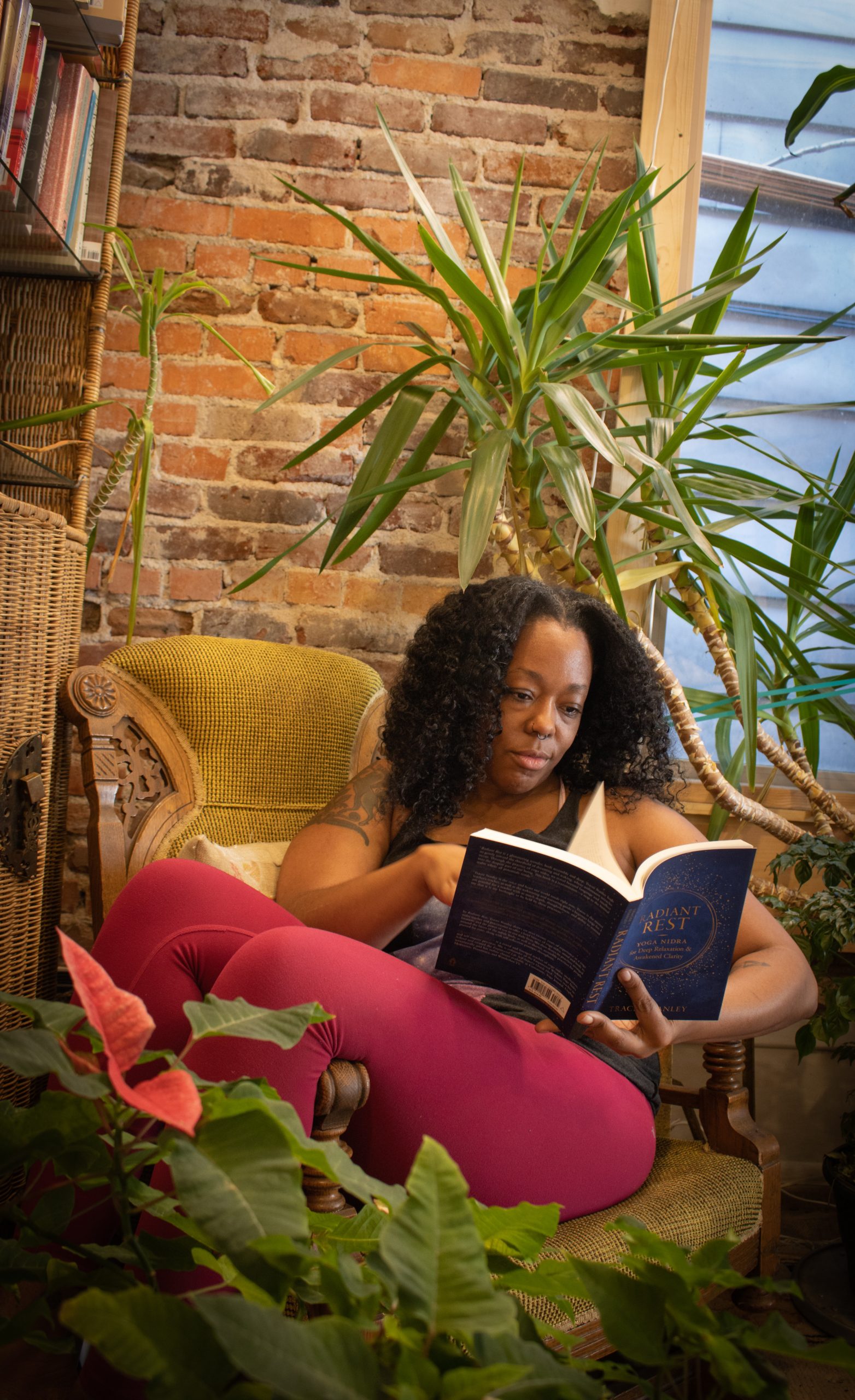 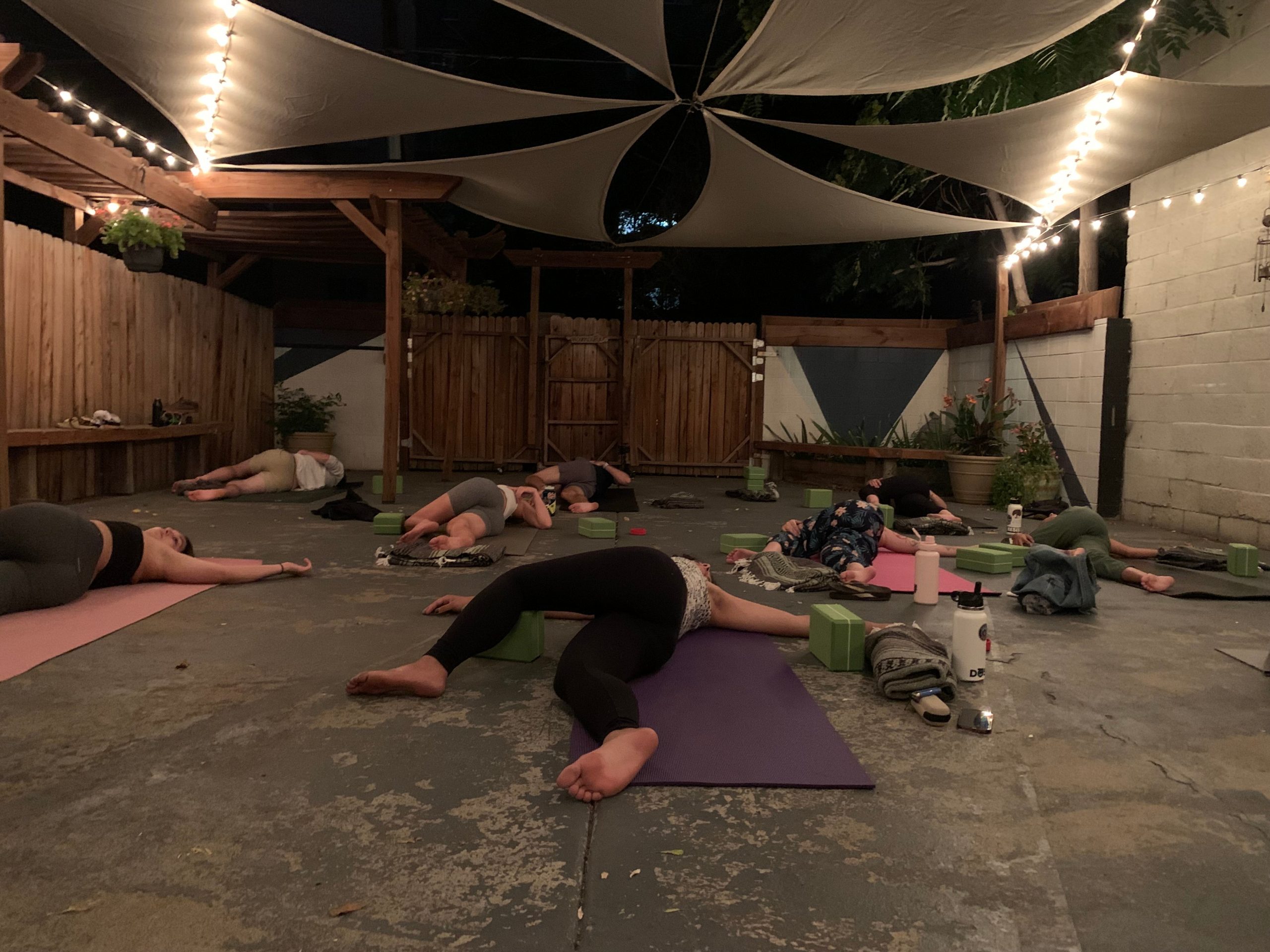 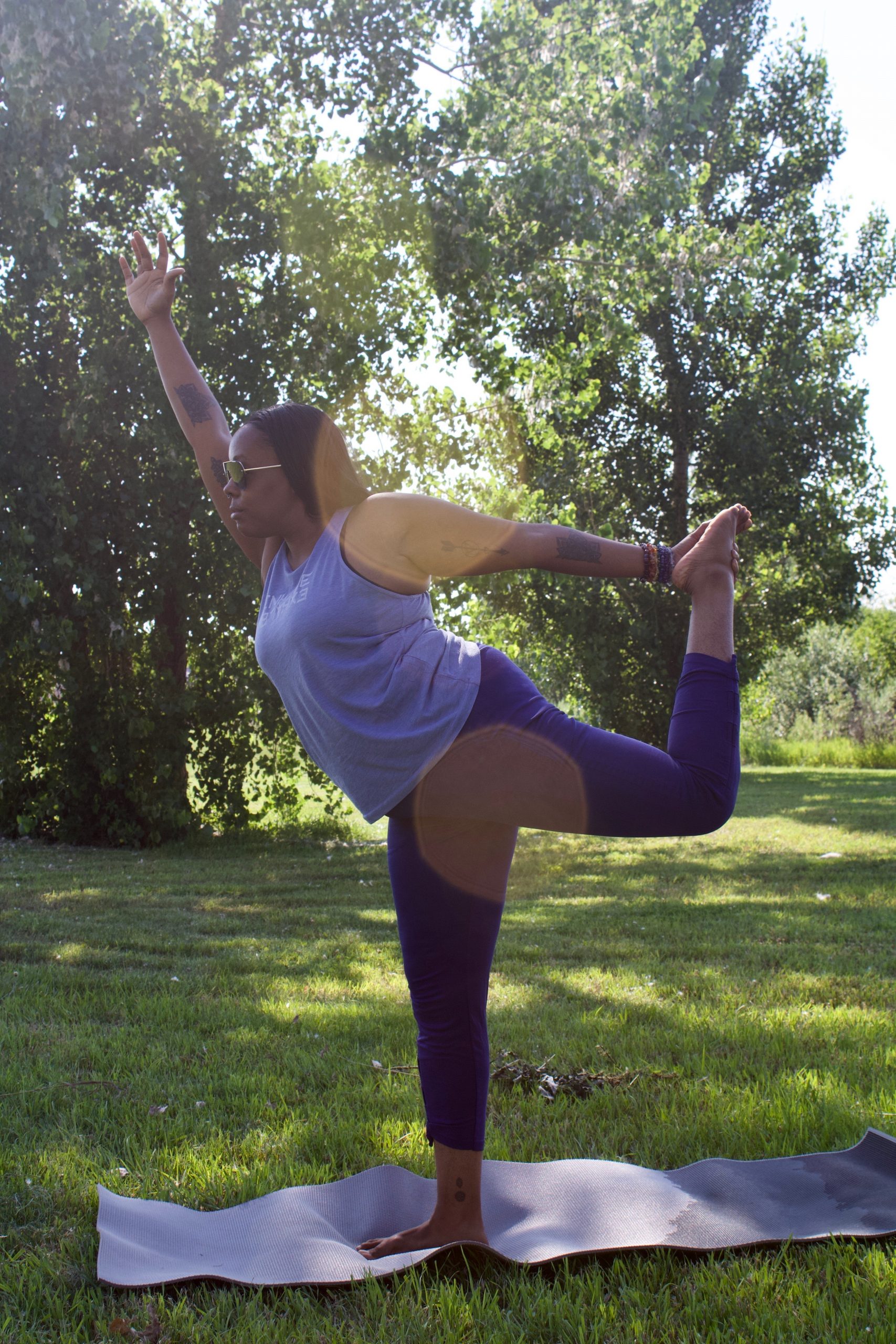 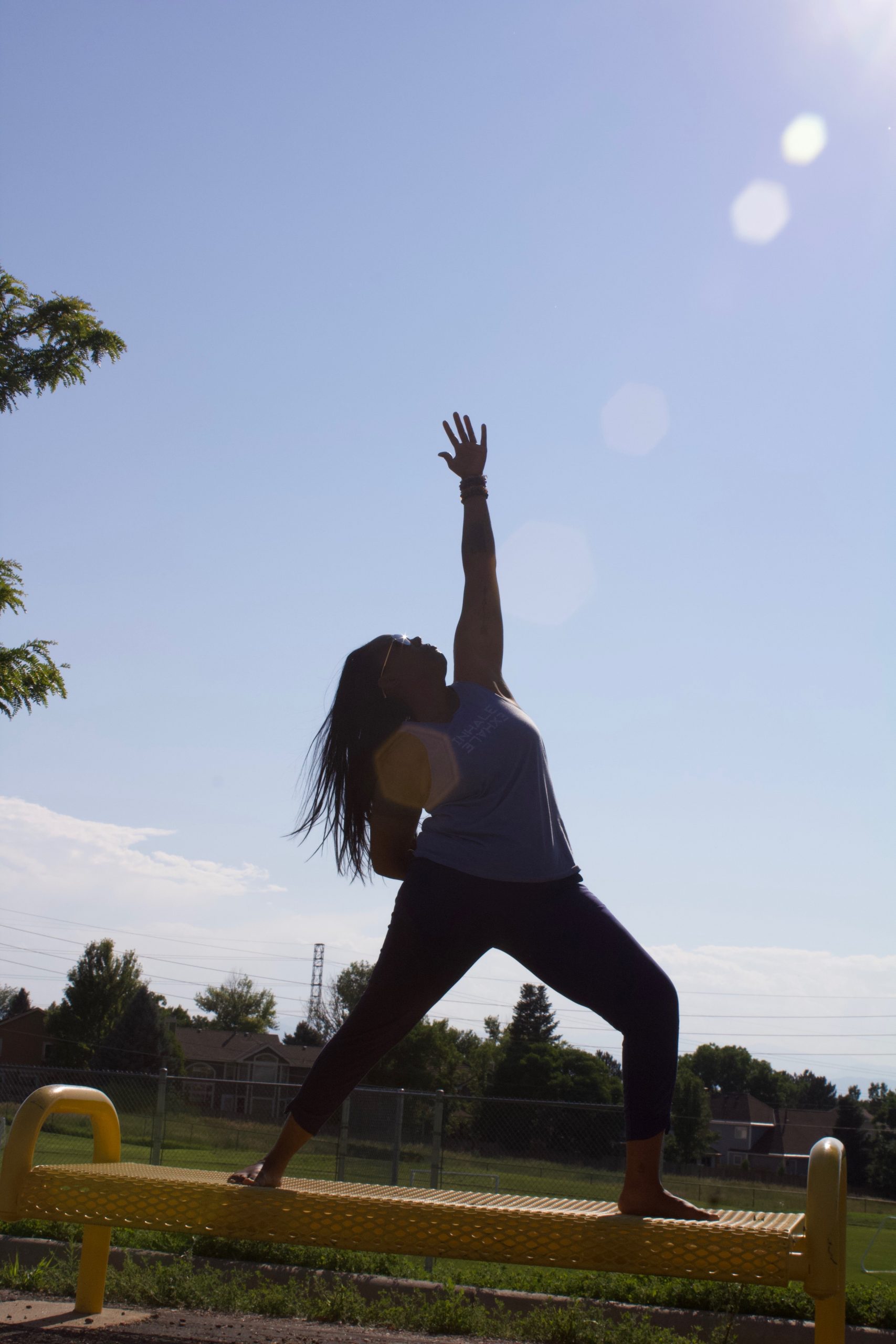 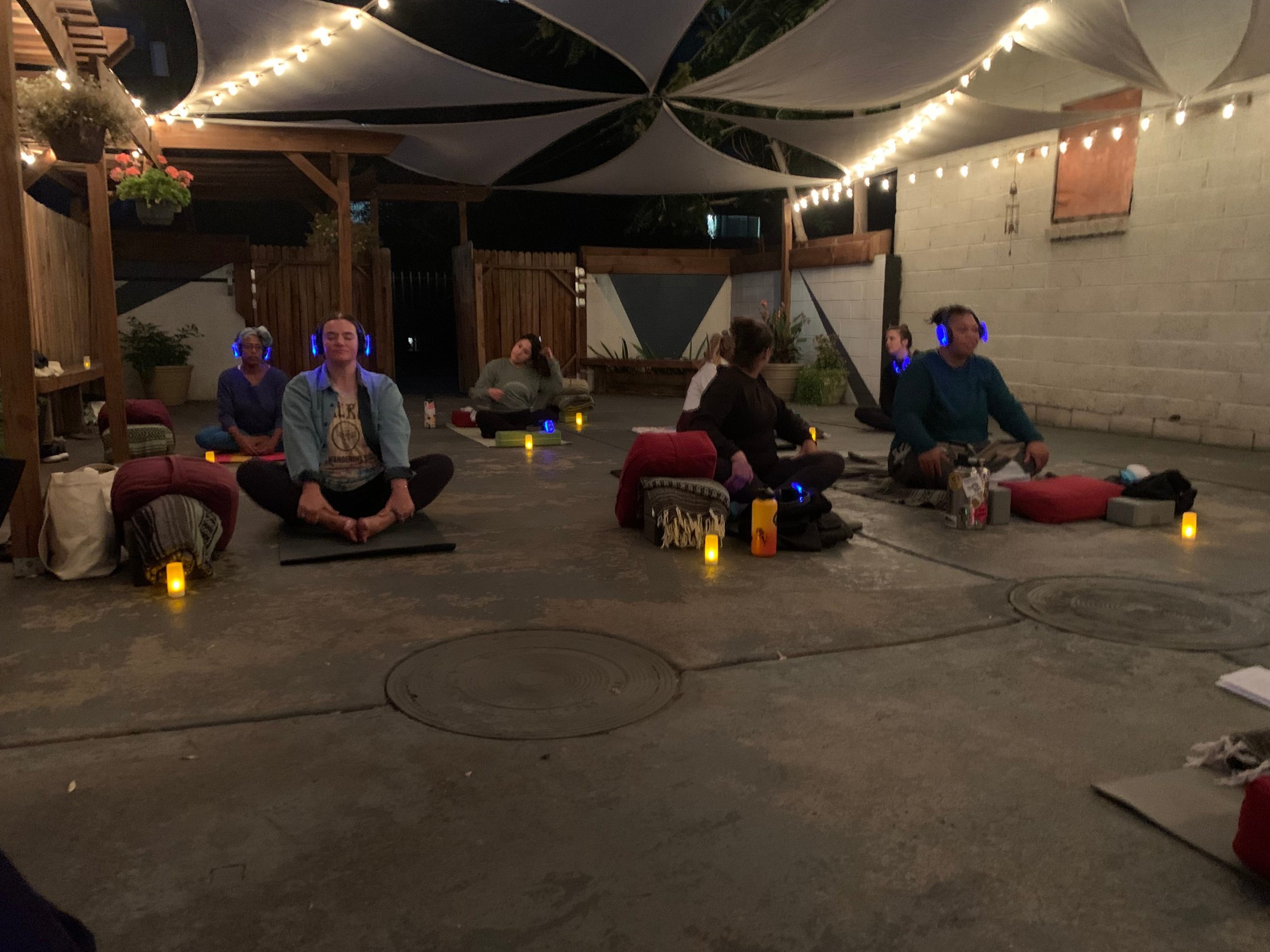 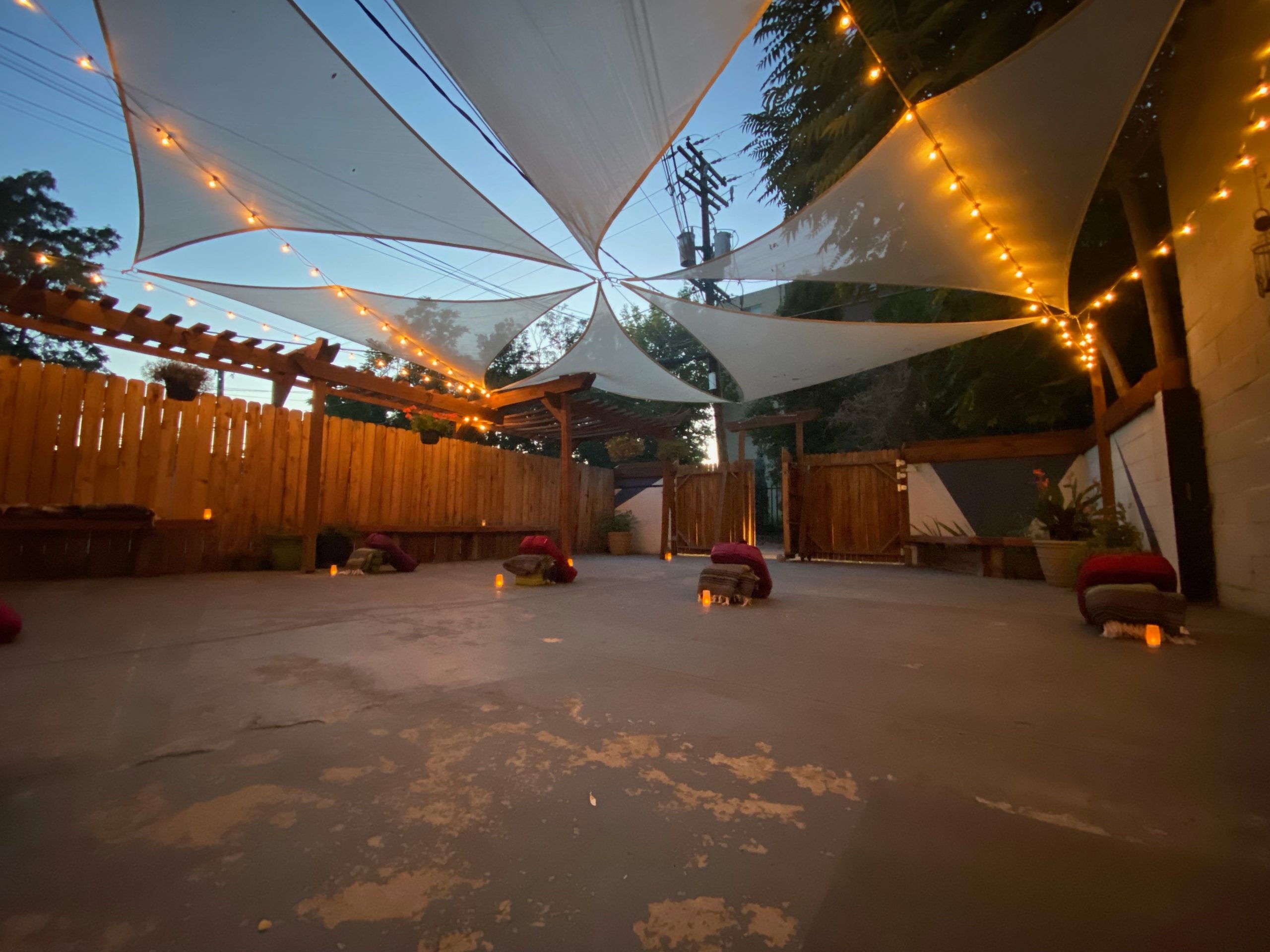