Today we’d like to introduce you to Joel Delgado.

Hi Joel, we’re thrilled to have a chance to learn your story today. So, before we get into specifics, maybe you can briefly walk us through how you got to where you are today?
Well, I’ve always loved movies. Growing up, my family would have movie nights and I’d pick out movies I’d like and that I’ve already seen. My parents would never rent a movie I’d already seen, so I’d lie just so I could show them the film. I think films are the best communicators of ideas. Yet as a curious person I also liked many other things such as animals.

When I graduated from Overland High School in 2010, I was on a path to become a Zoologist at Colorado State University. I had and still do, have a burning passion for animals today because of the diversity they provide to our scientific studies. But as is the purpose of college to explore your horizons, I discovered the other fields of psychology, philosophy and art history. I began critically thinking about our place in the world and how and why we treat each other in the ways we do. Reading Plato’s Republic and Homer’s The Odyssey then watching 2001: A Space Odyssey, Pulp Fiction, There Will Be Blood, and Momento really opened my eyes to storytelling. I soon realized that film was my calling. It is the strongest communication device as it mixes sight, sound and language to present to you an idea, and all you have to do is sit down and watch. So I changed my major to Communication Studies and Film Studies at CSU and from there, my formal education began.

The year is 2013 and I started my path of conceptualizing ideas and communicating them to others. I was blessed to be in this film studies program, even though it was it’s first year at the school. The leading professor was Scott Diffrient, who has a Ph.D. in film studies from USC and UCLA. He was extremely smart and taught me how to critically dissect films. I felt this was crucial to my path as a filmmaker and I knew this info was a privilege to learn. I say that because many filmmakers just shoot and learn the technical aspects of filmmaking, but little understand the philosophies and intrinsic meaning hidden inside the films. So I was able to take all this information about movies and reverse engineer them back into my own films.

So now when I film something, I know why and it has a function. At the same time as my film studies, I was learning about the cultures of the world. I had an extremely smart and cultured professor Julia Khrebtan-Horhager whom I studied abroad in Italy with. During that tour, we learned about the dynamics of different cultures and how they function in the workspace. Our case study was Italy and Italians. It was amazing to experience this type of education where you learn about something in the classroom then walk out and immediately experience it first-hand. I discovered that culture is directly connected to our human condition. It is an expression of a group of people’s philosophies, stories, history, trauma, and accomplishments. If humans were flowers and bloomed every season, our different shapes and colors would be our cultures. This was a big discovery for me as a young man and pivoted my path once again. On that trip, I used my iPhone 5 to take pictures of the country and people but do it in a cinematic way. Here, I began to merge my film and culture desires.

Now the year is 2014 and I’m graduating CSU. I pick up a small Sony camera and begin to shoot everything. Street photography, portraits, landscape, anything in front of me. I moved back to Denver and started playing around with video. I got tapped into the fashion scene here in Denver and started shooting fashion shows and lines for designers. I started dabbling in video editing. I took trips to Spain, Italy, France, Sweden, the Philippines, and New Zealand and documented my journey through film and photos. I just soaked in all the culture I could. But I wanted more structure. Denver wasn’t and I’ll argue, still isn’t a film production hub. So I made the decision to move to Los Angeles in 2017. I have lots of family on my Filipino side that live there, so moving wasn’t jarring but quite relaxing. I knew where everything was and understood the culture there.

After a couple of months living in Long Beach, I got offered to work on the feature film 1BR. My job was as a production assistant and I was to drive the large grip trucks to and from the production office and help with anything on-set. I’ve never driven anything like it but this was my first feature film. So there I am, driving this huge truck full of film equipment down the 405 and I’ve only been there two months. It was intense but I learned so much about the technical aspects of filmmaking. I had the luxury of assisting every department and learning about how they operate. I made some important connections and got to work with some amazing people. There I learned that it’s all about who you know. I didn’t have to go to film school to get set experience. In fact you don’t have to go to film school because you can learn all that stuff online and out on your own. What film school does provide are connections. For me, I was lucky enough to make those connections on my own. So we wrap that film and I move on to work on other short films and productions. Learning and living in LA while spending time with my family.

Then one day I’m sitting in a coffee shop off Hollywood Blvd. and I get a call from an old photographer I used to shoot within Denver. She pitched me this story of a Samoan immigrant living in Colorado Springs who’s to be crowned chief of his village back in the islands of Samoa. She wants me to shoot and direct a documentary of his journey. This was it! The culmination of my passion for film and culture. I said yes and the next thing I knew, I was on a plane to Samoa. Some people don’t even know what Samoa is or where it’s located. I funded it myself and used my own equipment and we shot everything. Him getting the full-body tattoo done the traditional way to him in his village getting crowned chief. It was unprecedented not only for myself but for the village and the islands of Samoa. From there, I followed him to San Francisco, where he grew up, to film him in his childhood home. Then back in Colorado Springs, where he lived with his family. Yet I was still living in LA and I quickly realized that I can’t direct my first feature-length documentary remotely from LA to CO.

So in 2019, I moved back to Colorado to be closer to my film subject. The state is familiar to me, and a lot cheaper. I filmed his domestic life and we were slated to finish in 2020. Everyone’s plans changed in 2020. We had to hold off filming that year, and up until then, my day-to-day was that film. Now nothing. I saw my friends lose their jobs and the casualties kept climbing. I took COVID-19 as an excuse to go all-in and green-light myself. I took the dive and started my own production company Panoptic Productions. Now I’m taking all my skills I’ve learned from film studies and film production and I’m using it to tell stories and display ideas. I’m focused on showcasing local small businesses and their unique stories and cultures. I’m still working on my Samoan documentary film as things slowly open back up. Once that’s done, we’ll take it on its film festival tour then get it signed to a streaming platform. Until then, I’m creating, sharing and working to get people’s voices heard.

Alright, so let’s dig a little deeper into the story – has it been an easy path overall and if not, what were the challenges you’ve had to overcome?
Oh many! I’m not the richest person and making movies isn’t cheap. I had to learn all the technical aspects of filmmaking online and out in the field. That is why I’m currently in the documentary film space because it is a free story. It’s happening right in front of me and all I have to do is press “record.”

When I was working on 1BR in LA, our grip truck got stolen in the middle of the night and it turned into a highspeed chase down the 5 interstate. That was pretty wild. For my Samoan documentary film, I’ve had to pay out of pocket for everything. I haven’t found an investor yet to help fund the production. So that’s been really hard for me. They call it “sweat equity.” And of course, COVID-19 made filming very hard because of social distancing. But it’s motivating me to work harder.

Thanks – so what else should our readers know about Panoptic Productions?
Panoptic Productions provides multi-media content for your business. From photos, videos, aerials, edits to prints, Panoptic can give you anything you need to showcase your business/products/ideas. Panoptic means “to see everything from one point.” So we cover all types of businesses, professionals and artists. We take headshot photos, shoot music videos, make real estate content, lifestyle content, product photos, time-lapses, aerial content, literally so many different types of work. We dont’ discriminate. If it requires a camera, some lights and some editing software, Panoptic can help you.

We’ve received a lot of real estate work because of the boom in Denver. We can get you your property photos same-day because we know you need to list asap. We work with a lot of musicians creating content for their music and their identity. Headshots are always popular. I’m a licensed drone pilot, so I fly drones and can get amazing perspectives if you’re a commercial developer. But most importantly, we showcase small businesses and provide them with a stage to tell their stories.

What sets us apart is we’re extremely diverse. Like a chameleon, we can change and adapt to whatever type of content you need. We truly know how to do it all. Brand wise I’m most proud that we’re doing so well during this pandemic. I knew it was going to be a rocky road but clients still need content.

I want your readers to know that we are local, fast, professional and personal. We’ll work with you one-on-one to get the right photos and videos you want. We’re adept to social media trends and what consumers want and look for. But it’s a two-way street. We work with our clients to make sure they are providing us with the right information to make the best content possible.

We all have a different way of looking at and defining success. How do you define success?
Success is having no regrets. To lay in bed, take a deep breath and know that you did it right. 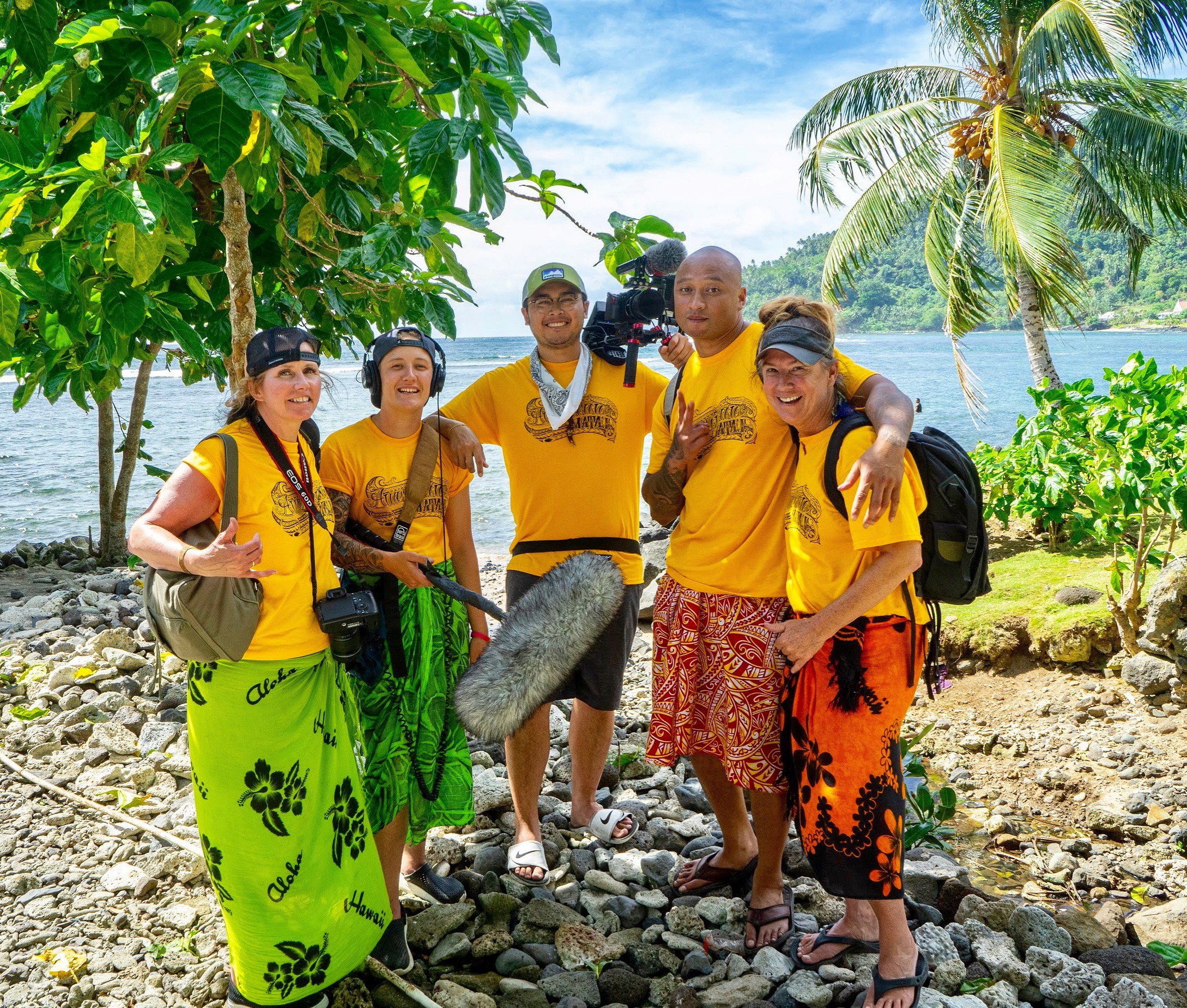 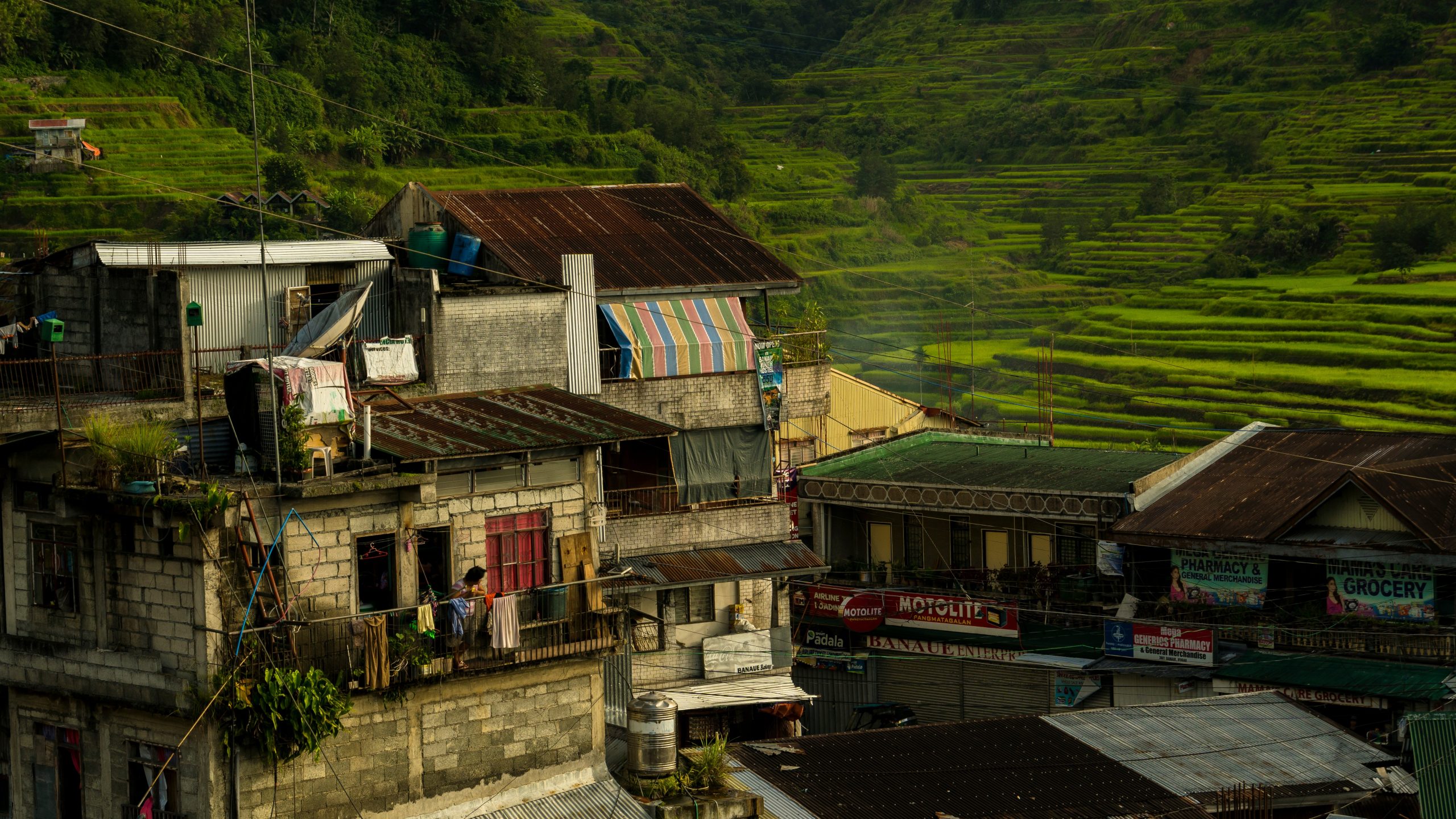 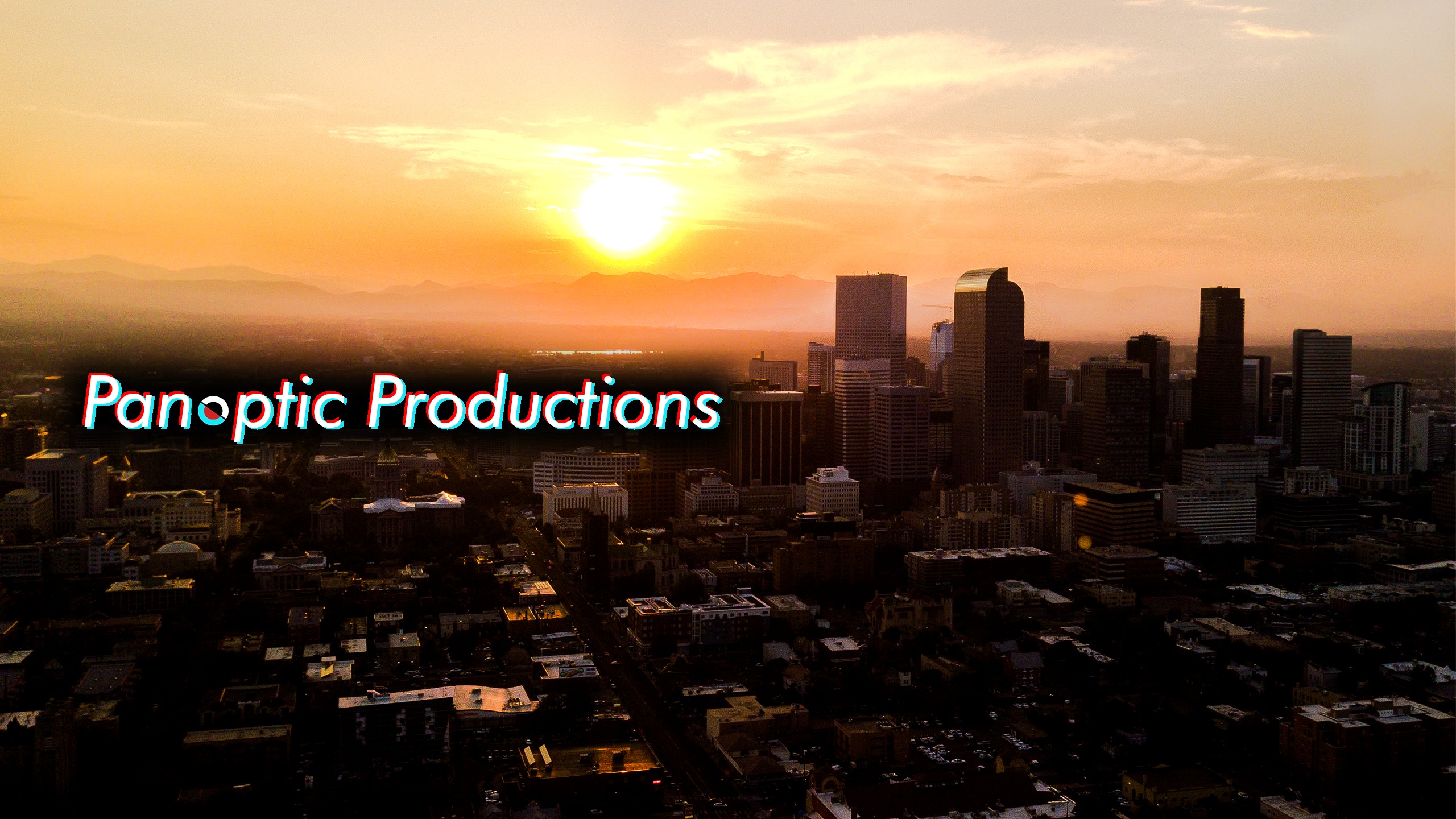 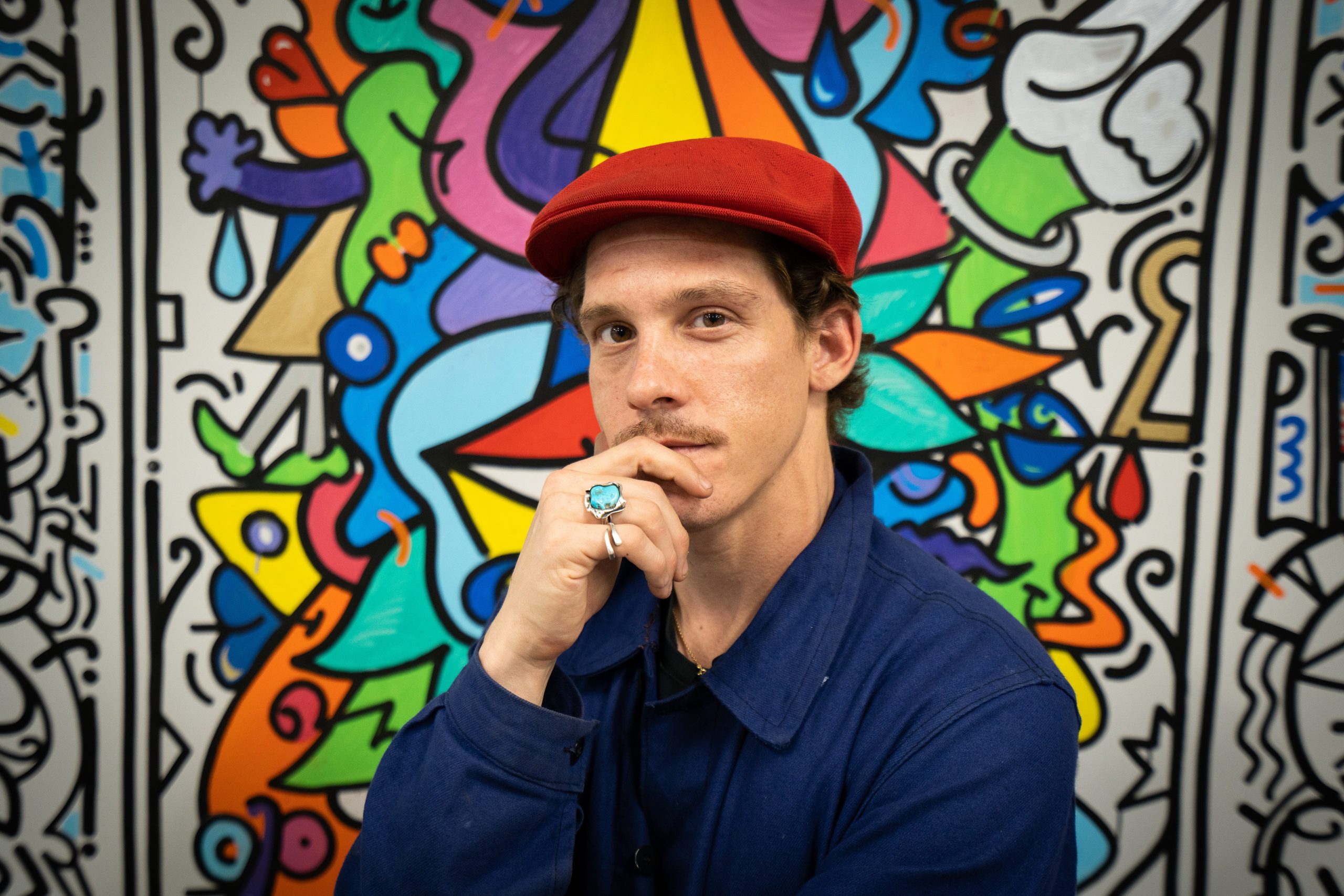