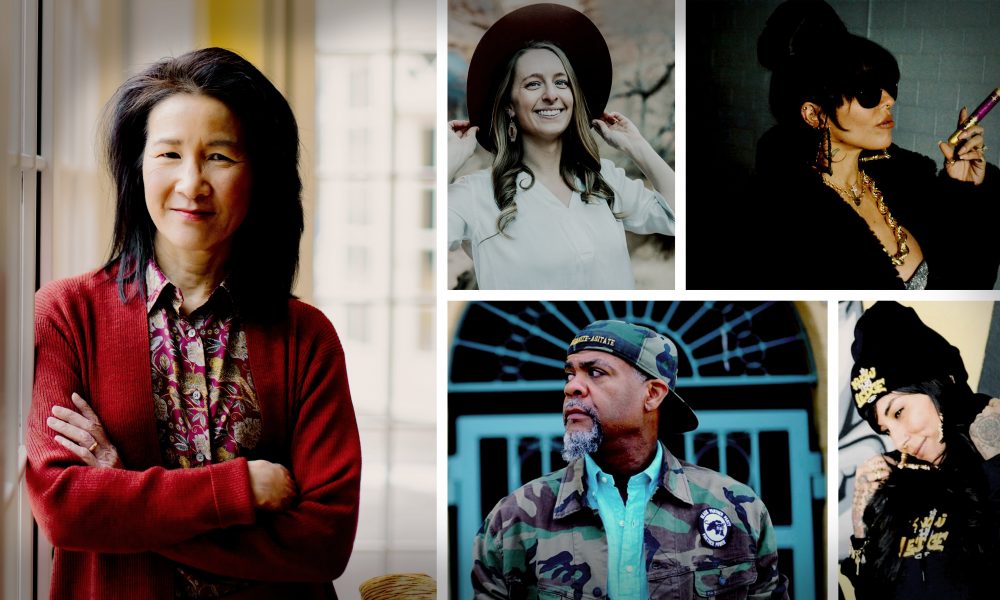 The heart of our mission at VoyageDenver is to find the amazing souls that breathe life into our city. In the recent weeks we’ve had the privilege to connect with some of Denver’s finest artists, creatives, entrepreneurs and rabble rousers and we can’t begin to express how impressed we are with our city’s incredibly deep talent pool. Check out Denver’s rising stars below. 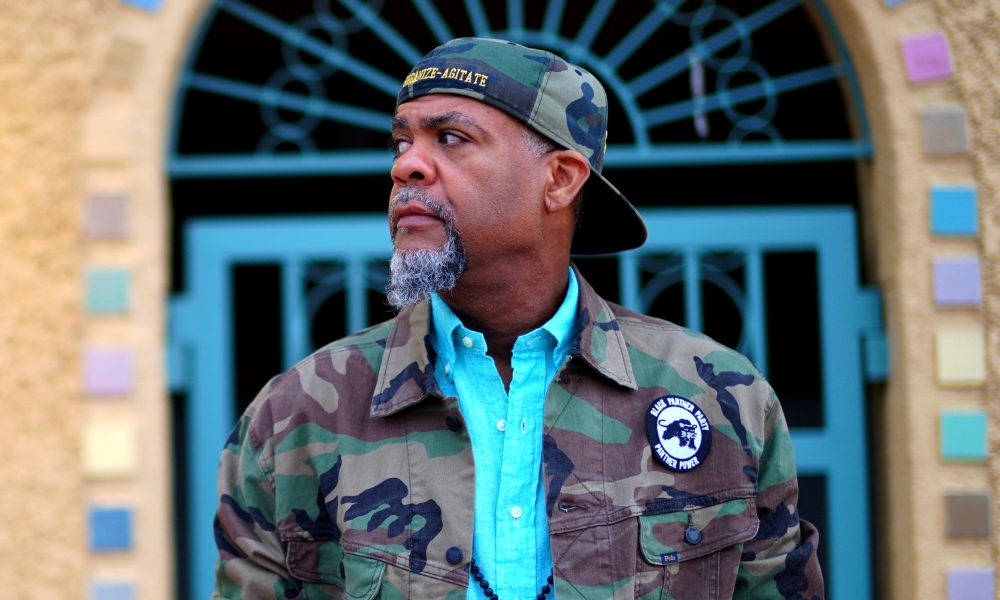 Hasira Soul Ashemu is the Founder and Chief Visionary Officer for Righteous Rage Institute for Healing and Social Justice. Born and raised in Northeast Denver, CO an East Angel High School graduate, attended Howard University “The Mecca” and later traveled the world spending a decade living in Africa raising his family in Ghana. Hasira is a prolific writer, speaker, facilitator, communications professional who has been using his talents, experience and skills to create and support stimulating, engaging and innovative community initiatives that usher in social change. The name Hasira translates to “righteous rage”, gifted to him from his father now ancestor Lauren R. Watson, when Hasira’s mother went into labor after being brutally beaten by the police nearing the end of her term. “Righteous Rage” is the transformation of violent or uncontrollable anger derived from acts of racism and oppression into fuel for political consciousness, healing and social justice. Hasira is a living legacy from a bloodline of Community Organizers; leading movements and mentoring youth-led peaceful protest. Read more>> 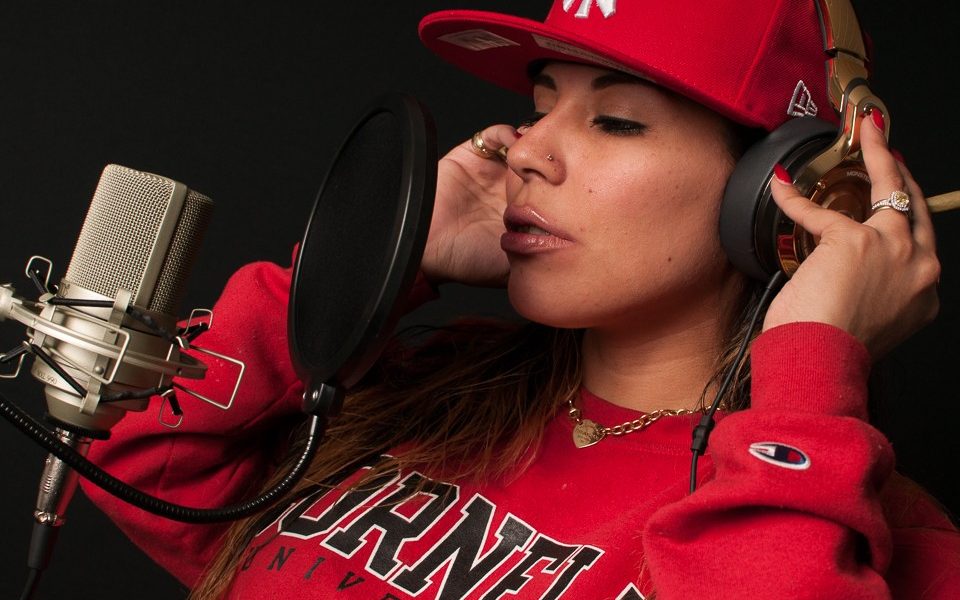 What’s good Denver! What you see is what you get! It’s your friendly neighborhood Brooklynite, Mang, professionally known as Mang-Yee Reverie (Pronounced like Jumanji, without the Ju). Panamanian Born, Brooklyn Bred, and Internationally known, Mang-Yee is a military brat who has had the pleasure of watching our culture grow from many different countries and with the viewpoints of many different cultures. As a kid, she was especially intrigued with Radio, the music, the artists, the DJ’s especially, and the culture, making her own mixtapes, and imagining what being on air might feel like. Mang-Yee moved plenty over her life span, gaining a new respect for every region’s spin on Hip Hop. From New York, To Atlanta, To Texas, to Colorado, Central America and most of Europe, she was amazed at the amount of Love and Respect Hip Hop received across the globe, which naturally made her proud, and Radio was now a must so she could contribute her part! Although only on air for almost four years. Read more>> 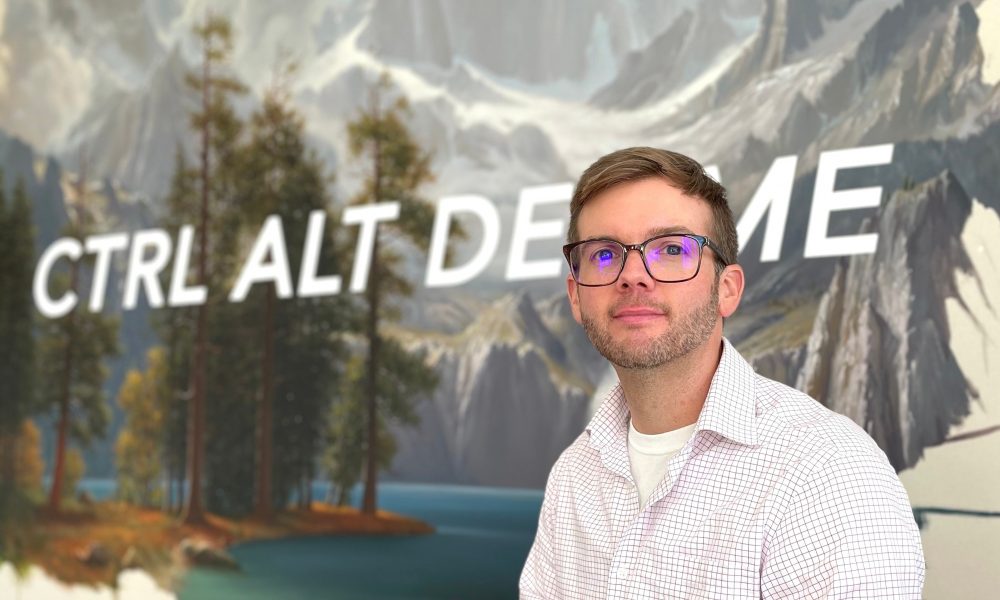 It all began with a school bus ride home in the second grade. I sat next to this random older kid who was drawing in his sketch books with colored pens and I found it to be really fascinating. When my mom got home from work, I asked if I could get some sketch books and pens. She did and I spent most of time working in these books drawing whatever interested an eight year old at the time: sports icons, video game characters, cartoons, etc. In 1993, my grandmother passed away and to everyone’s surprise, there was a slightly used oil painting kit in her closet. My family seeing that I was interested in that sort of thing, gave me the set. I had no idea how to work the medium and found it completely maddening. The only thing I enjoyed was the smell of the oil paint. After I did my one and only painting, I returned to my sketch books and didn’t paint again until late high school. I was still preferring to draw as my preference and it wasn’t until later in college when I started to enjoy painting. Read more>> 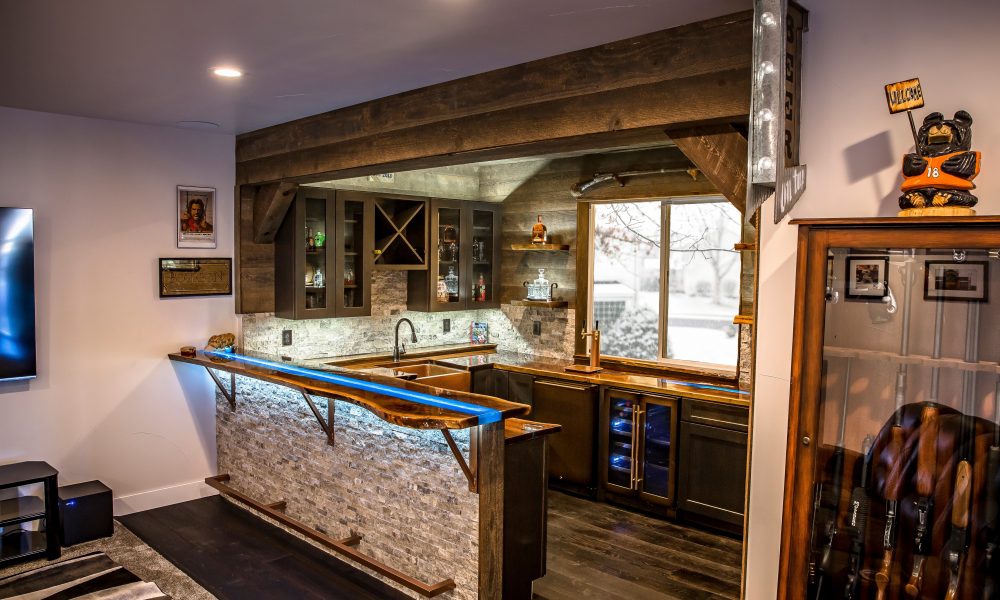 Jason started Just Rustic back in 2016 as a “side hobby” he came home to after his regular 9-5 job. Initially, he was looking for the perfect end table to give his wife, Leah, for their anniversary. He couldn’t find anything he liked, so he decided to build one. Once he posted the table on social media, order requests for more tables just like it came flooding in. Finally in late 2018, the workload became so much that he quit his day job as an aerospace engineer to do woodworking full time. Both Jason and Leah now run Just Rustic full time as a small business team. Read more>> 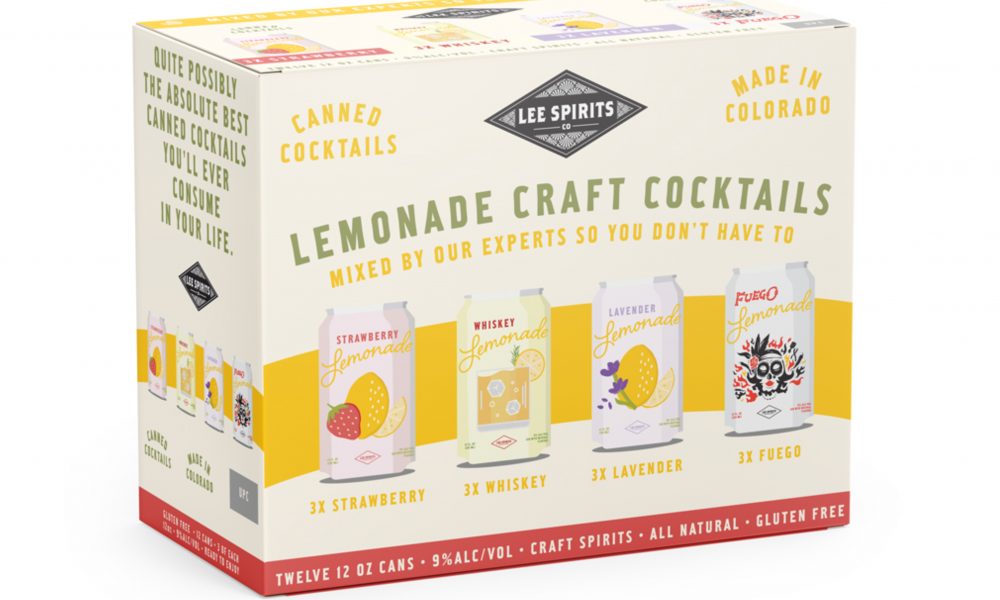 Lee Spirits Company is an award-winning Colorado-based distillery whose mission is to create the finest products to empower spirit-lovers to enjoy authentic cocktails. Lee Spirits products can be found across Colorado, Arizona, Oklahoma, and Nebraska. The organization creates award winning pre-prohibition American dry gin, flavored gins, fine liqueurs, whiskey, vodka and ready-to-drink canned cocktails. In 2013, Lee Spirits Company founders and cousins Ian and Nick Lee had an idea to develop and manufacture the finest gin in Colorado and the United States along with accompanying liqueurs that would fit into classic cocktail recipes exactly as originally written. The organization has two tasting rooms, one is located in Colorado Springs, Colorado and their second location is based in Monument Colorado. Read more>> 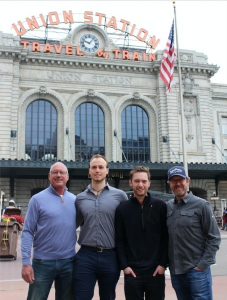 My business partner, Mike Rosol, and I have worked together in the Denver Business Community for the past 30 years. As we were having coffee last year, Mike suggested that he wanted to sell corporate beekeeping programs to businesses that were looking for manageable sustainability projects. These projects can lend to a variety of “green building” accreditations and many businesses are looking for ways to help the cause and through public relations, draw attention to their efforts. We also are working with institutions that see value in the honeybee hive program for educational purposes and for staff and employee wellness. The fun part of what we do is to come out in the fall and capture the honey and brand and bottle it for our customers. If you are a restaurant, for example, what would be better than using your honey in recipes, craft beer making, or selling your branded honey at your location(s)? It’s a win-win-win for everyone, but most importantly, we together are helping the honeybee population and supporting the valuable pollination work they do – because really, if we lose the honeybee population, what are we humans going to eat?. Read more>> 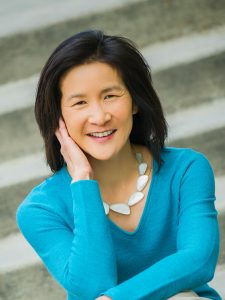 Following a lifelong passion for poverty alleviation, I decided to dedicate the second half of my life to fighting poverty in Colorado. My vision is to create pathways out of poverty for low-income individuals through the dignity of work. I am the daughter of Chinese immigrants who came to the US on borrowed money and full scholarships. From modest beginnings, my parents embraced the opportunities found uniquely in America, received PhD’s, and settled in a small college town in Mississippi. Eventually, my parents sent four out of five kids to Yale, including me, a financial aid and work-study student! I graduated from Yale University, took the most interesting job I could find as an analyst on Wall Street, and ultimately became a global money manager. I am both the embodiment of and a passionate believer in the American dream. Growing up in the segregated South during the Civil Rights Movement, I witness the social and economic inequities in my hometown. This left a profound mark on me. When my husband Matt and I married, we made an enduring commitment to serving people in poverty. Read more>> 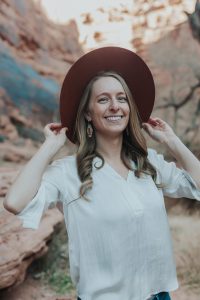 My journey making jewelry started when I lived in Silverthorne, Colorado… a town I moved to right after I graduated college in Minnesota, where I grew up. Someone mentioned a bead loom to me and I immediately had to give it a try. That was when I fell in love with seed beads. Their tiny size and the wide selection of colors, which ranges in the thousands, totally captivated me. I created a couple pieces on my new loom, but soon after started learning a new off-loom bead weaving technique called peyote stitch. I still primarily use this weaving style today in all the work I put out. After I lived in Colorado, my now husband and I decided to do some traveling which included committing to living in as many different places in America as we could for the duration of our 20s… all out of a 21 foot camper trailer. One of those places was Bend, Oregon. When we were living there, I took a leap and signed up for an introductory silver smithing class. This class changed everything for me! I went home with a fresh idea of what kind of jewelry I wanted to start making. Read more>> 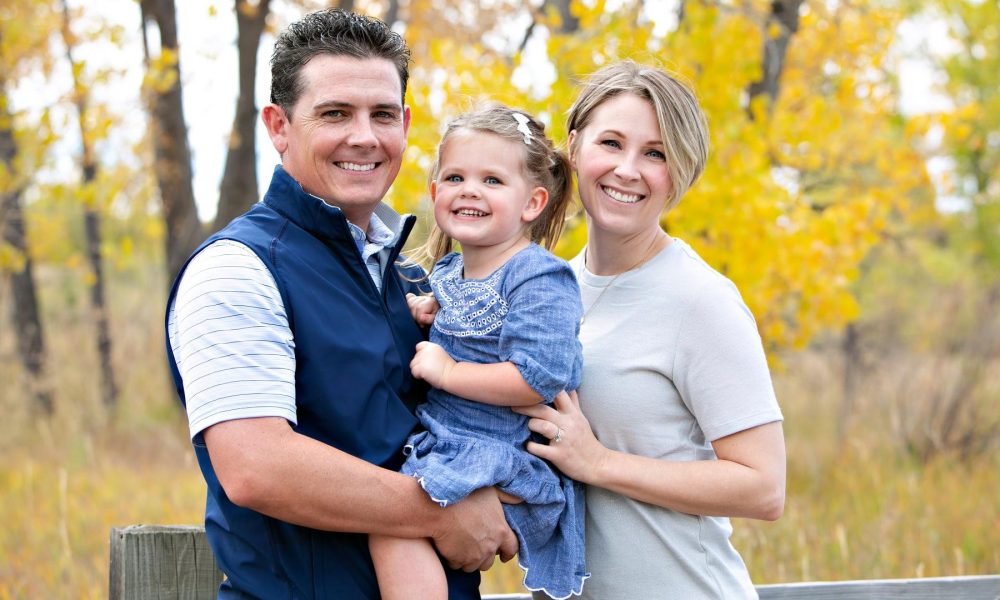 I was born in Denver in 1985 and have lived in Colorado my whole life. I graduated from Ralston Valley High School in Arvada and went on to play college baseball at Regis University. I finished my degree at Colorado State University in 2007. I earned a degree in Public Relations and Business. I worked for the Colorado Rockies before becoming a full-time insurance agent in 2010. I also owned a print shop (Victory Print and Design in Lakewood, CO) from 2013 to 2019. I specialize in helping individuals, families and business owners protect their assets through insurance products. Read more>> 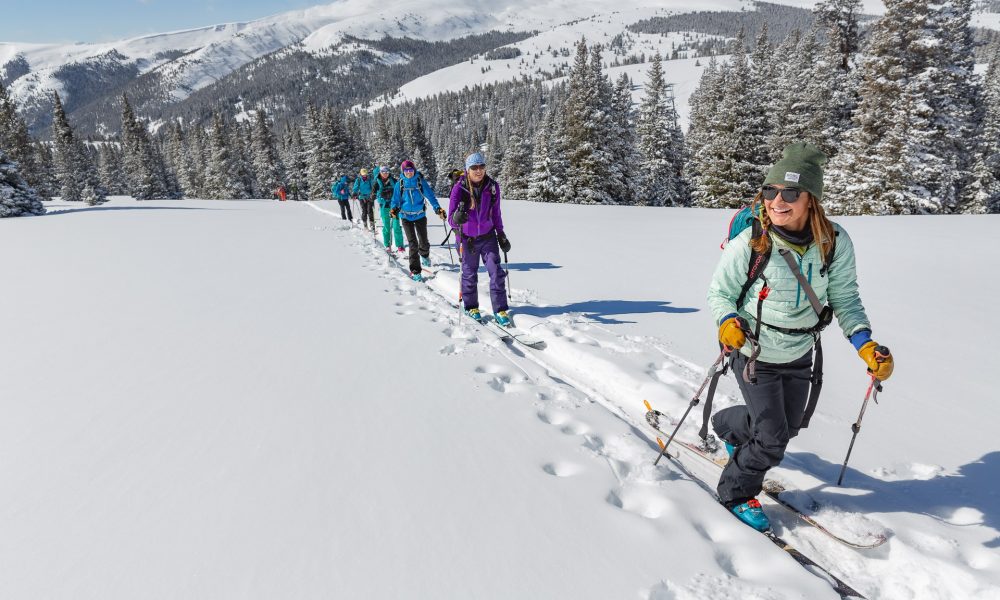 Emily Danica Steingart appears to be living an idyllic mountain-town life. In between juggling several side gigs such as landscaping, restaurants, and event planning, she is also busy planning wellness adventures for her yoga retreat business called GOYO Adventures. Currently living in Baja, Mexico with her partner and dog to escape the colds of winter, she seems to always be seeking an adventure. Several times a year, she packs a Dakine roller bag and pulls out her well-worn passport to teach yoga retreats at hip, sleepy beach towns in Costa Rica, Mexico, Peru, Nicaragua and Haiti. However, this year has looked a lot different. We are on hold with all retreats as we wait for the world to settle down. We will be offering smaller intimate retreats coming soon! Among the long, happy adventurous mountain girl stands a girl who lost her brother, a girl whose mother survived cancer, a girl who has lost more friends than she can count. Read more>>