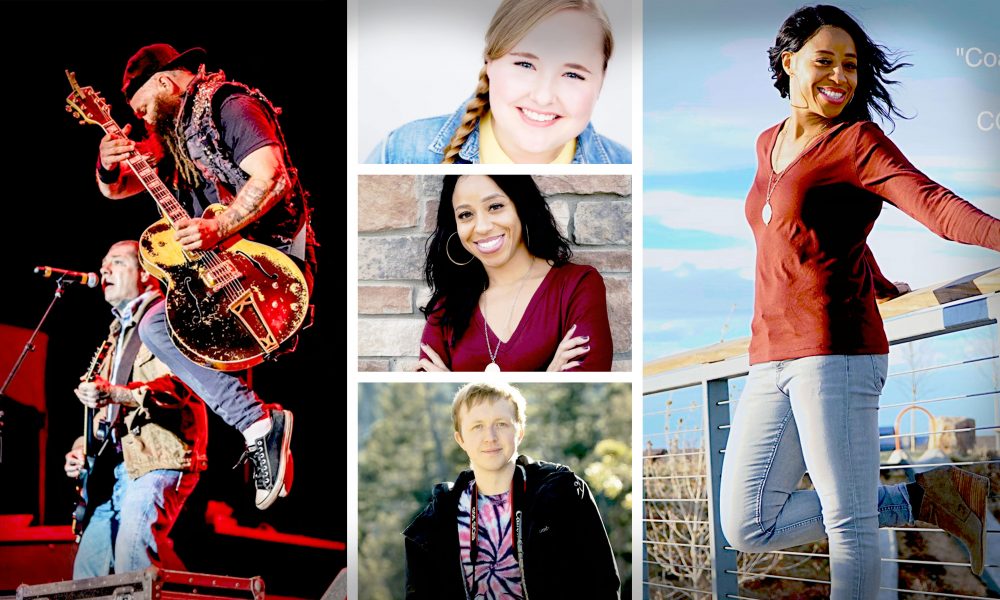 The heart of our mission at VoyageDenver is to find the amazing souls that breathe life into our city. In the recent weeks we’ve had the privilege to connect with some of Denver’s finest artists, creatives, entrepreneurs and rabble rousers and we can’t begin to express how impressed we are with our city’s incredibly deep talent pool. Check out Aurora’s rising stars below. 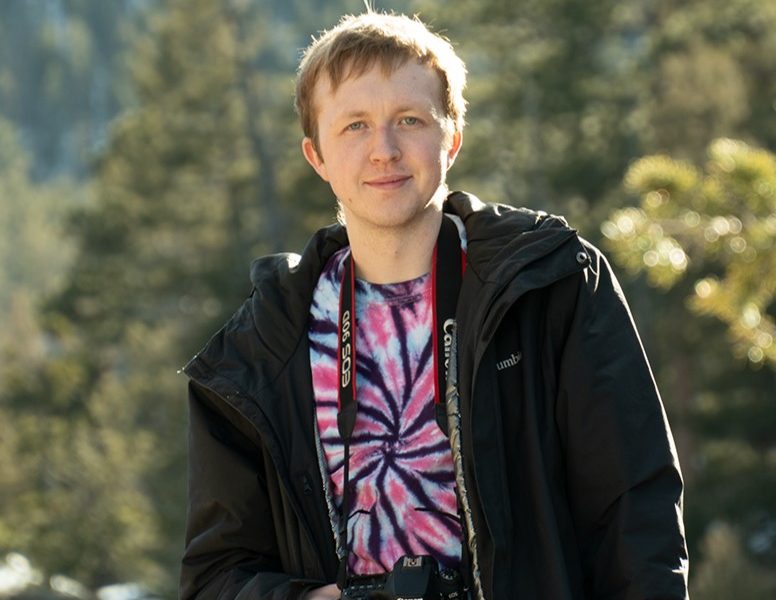 I was born in Denver CO but I moved to Fort Collins CO around 6 months old. I have one older brother who is 5 years older than me. My family life growing up was very rough on me. My first big memories was of my parents fighting. They did not have the best relationship and when I was 5, they got a divorce. I remember it almost being a relief for me. The fighting stopped. The chaos stopped. The stress stopped. My dad moved in with his parents in Johnstown CO and my mom stayed in the house they had bought. So, I got the best of both worlds for a period of time. No fighting, but I still get to see them both. This eventually stopped when my dad moved to North Carolina. This was hard on me. For some reason, I had convinced myself that it was my fault that my dad left. It deeply saddened me.  Read more>> 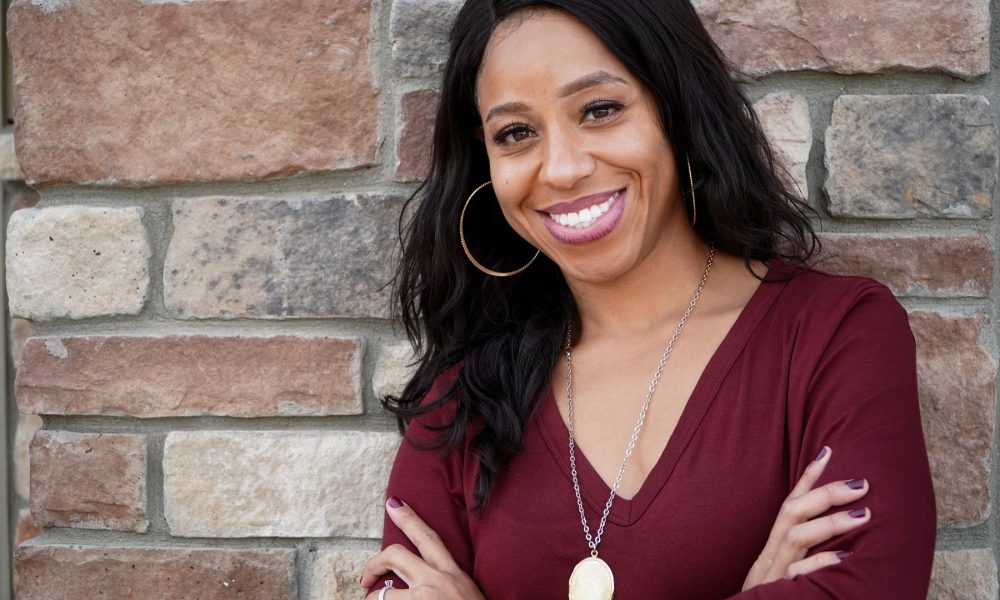 One word- “Student-athlete”. A title for me that carried responsibility, required discipline, commitment, and yet one that also made me proud. I began my career in sports early-at the age of 5 playing recreational soccer. Several years later, at the age of 9, I transitioned into my first season of Track & Field competitively. Little did I know this would be the beginning of a 13-year journey that would help me work my way into college as a Division 1 Athlete along with stellar performance in academics; in which I am also proud! Now of course it was not an easy process as I have laid out- the commitment was not only required of me, but as a child, my bigger supporting cast was my family. I had what most people might think was a luxury, “one-up” on others because my father was very present as well as my coach from the age of 5 through high school and just before the start of my collegiate career. There were a total of 3, 285 days that I had the pleasure of having my dad alongside me; pushing me, rooting for me, and guiding me, but that did not always come with ease.  Read more>> 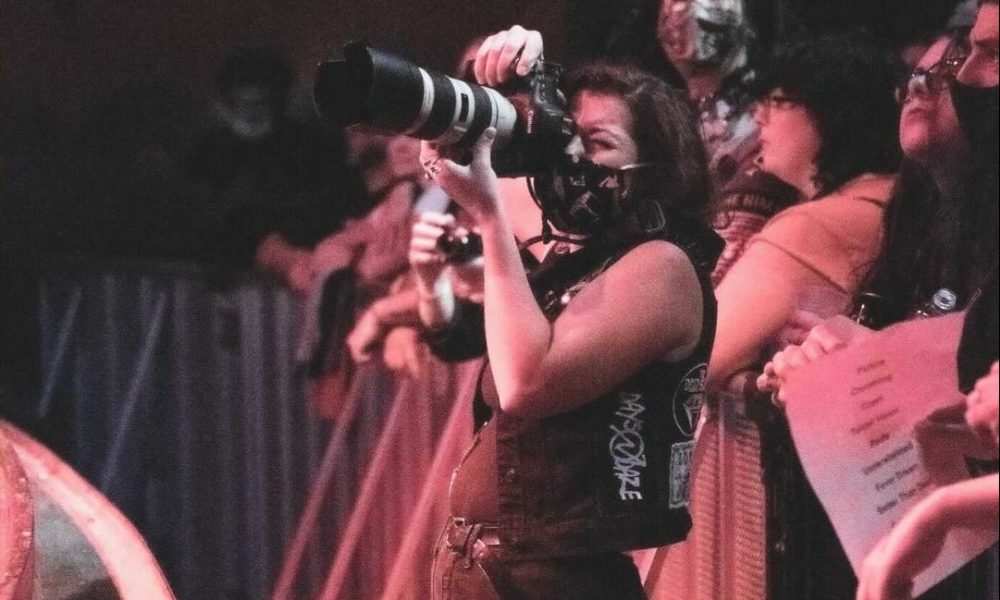 I’m a recent MSU Denver graduate with a degree in social documentary. Through still photos, and videos my passion is to illuminate the human condition. Usually, that would otherwise go overlooked. I started photography about four years ago after buying my first camera a Canon T6i and the passion grew from there. I’m a recovering addict and a perpetual lover of house plants and animals of all kind. I believe in making mistakes and learning everything you can from the process. I can be rather shy at first, certainly more on the introverted side of life. I love to watch life happen, and make pictures of what I see along the way, just a fly on the wall.  Read more>> 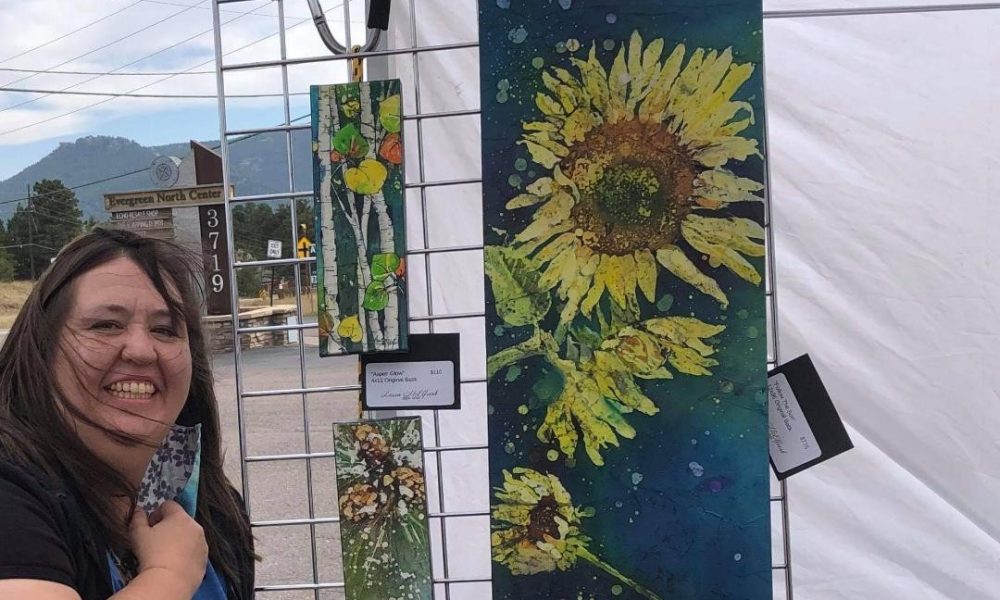 I’ve painted as long as I can remember. During the summer as a child, my grandmother would take me to the studio in her basement and let me paint next to her. I’ve always taken art classes and experimented with all forms of art. I’ve done everything from stained glass to basket-weaving and quilting. I found I had a knack for watercolor and settled there for a long time until about 7 years ago when I found watercolor batik. It was challenging and allowed me to use water media which I loved. The process involves so many layers and is unpredictable like so much of life. The fissures in the painting that are created by the cracks in the layers of wax only add to the beauty and texture of the piece. I feel like batik is the perfect metaphor for our lives. Full of layers, evolution, and damaged bits that add to our character.  Read more>> 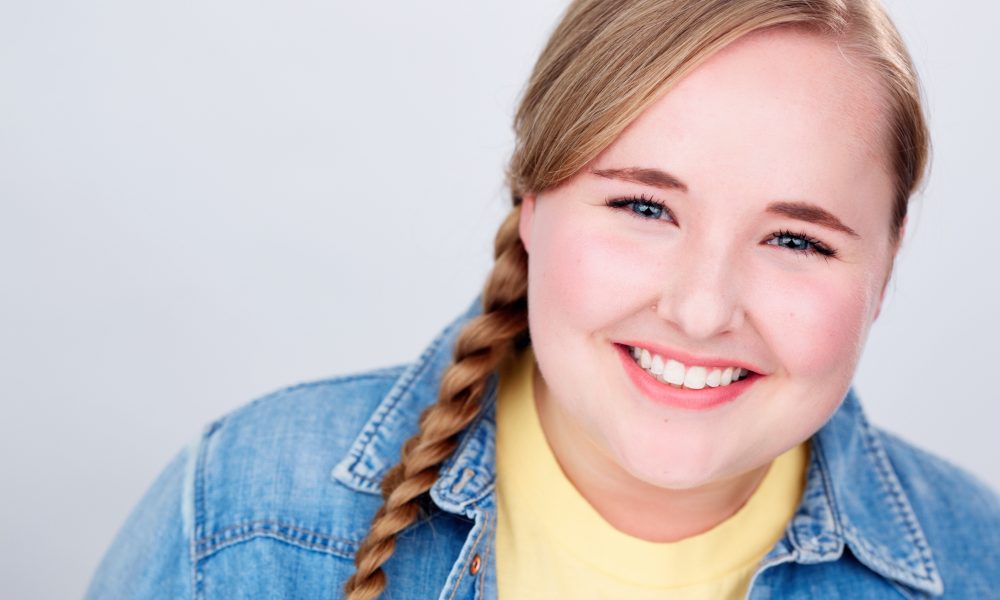 I have been a creative person my entire life; it’s just who I am! I started acting and singing at the age of three (my first show was Peter Rabbit in preschool… I was Mrs. Rabbit and I even got to sing a solo). But my mom said that even before I could speak, I would sing in the car (basically I would just sing in gibberish, haha), and she said she knew I would grow up to be an artist one day! And she was right because I work as a professional actor and director now, and all of my passions and hobbies are kinda rooted in the arts. I am also really passionate about activism and making a social impact (especially with the art I make) because when I was four years old, I was diagnosed with type one diabetes. Having t1d for the majority of my life hasn’t limited me in any way, but rather, it’s encouraged and inspired me to do what I can to help others who live with diabetes and educate people who know nothing about it. Read more>> 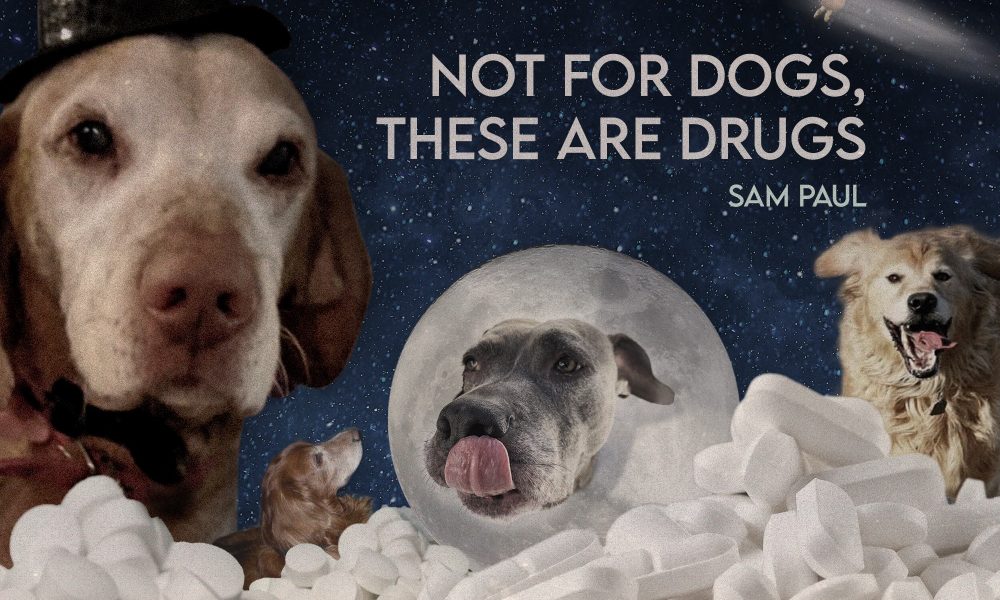 I have a fairly vivid memory of my dad helping me write a story in like third grade — the story was essentially Jack and the Beanstalk, but from the perspective of the giant — and I have been in love with writing since at least then. I started playing guitar and writing songs when I was 15, but I was really embarrassed about my voice back then, so the bands I was in didn’t play any of my songs for a long long time. Several bands and many voice lessons later, I started singing my own songs with a band called “Dear me.” Dear me, died and I decided that I never wanted to have that feeling of starting from scratch ever again, so I started releasing my songs under my own name, and here we are. Read more>> 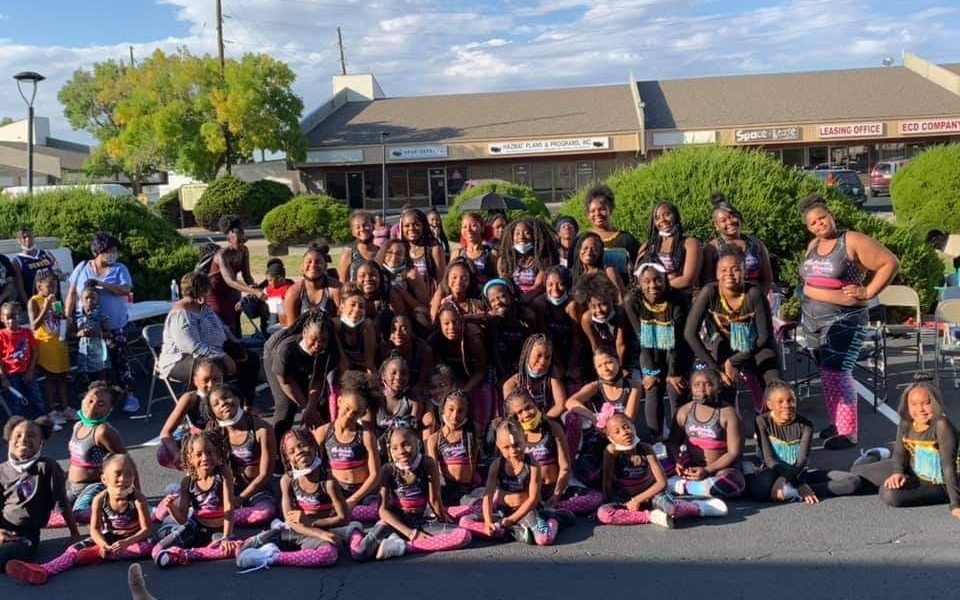 We started with a youth football team that we felt was not as concerned with the cheerleading/dance portion. We decided the best move for us was to branch off from that team and we started a social club based on cheer, dance, and step team. Most of the young ladies followed us and we started the Platinum Diva Princesses. As the years progressed, we cheered with another team and found that the girls/boys enjoyed the dancing so we researched and brought in some of our skills from childhood. We found that the girls/boys really enjoy dancing so we built a dance entity that soon became Platinum Divaz and Gentz Dance Company. Over the years, we have grown drastically and the children have been able to participate in some amazing things as well as travel. Read more>> 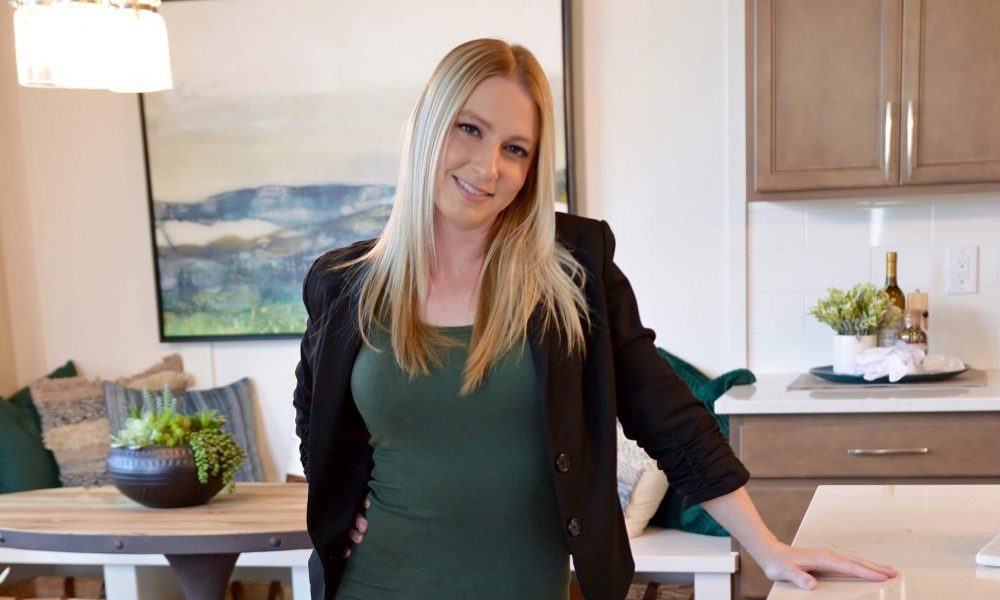 I got started in real estate in 2020. In a time when so many people were making life changes; it was interesting that I found myself in this position at this time in my life. I had a very classical approach to the workforce. I went to college earning a Bachelor of Arts Degree in Criminal Justice in 2010. I proceeded to enter graduate school immediately after finishing my BA and graduated with a Masters of Arts in Criminal Justice in 2012 from the University of Northern Colorado. I began my professional career in 2010 working with an organization called Rite of Passage. I’ve… never ever left. I remain employed with Rite of Passage as a Regional Compliance Director, overseeing several facilities for at-risk youth in three states. Helping at-risk youth is something I am truly passionate about; however, something always felt like it was missing. Read more>>