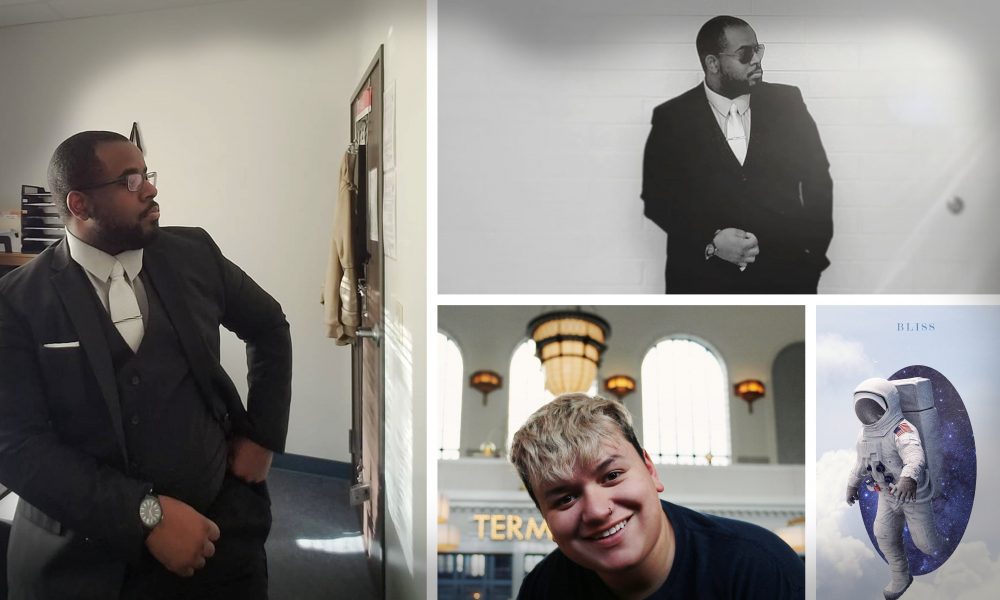 The heart of our mission at VoyageDenver is to find the amazing souls that breathe life into our city. In the recent weeks we’ve had the privilege to connect with some of Denver’s finest artists, creatives, entrepreneurs and rabble rousers and we can’t begin to express how impressed we are with our city’s incredibly deep talent pool. Check out Englewood’s rising stars below. 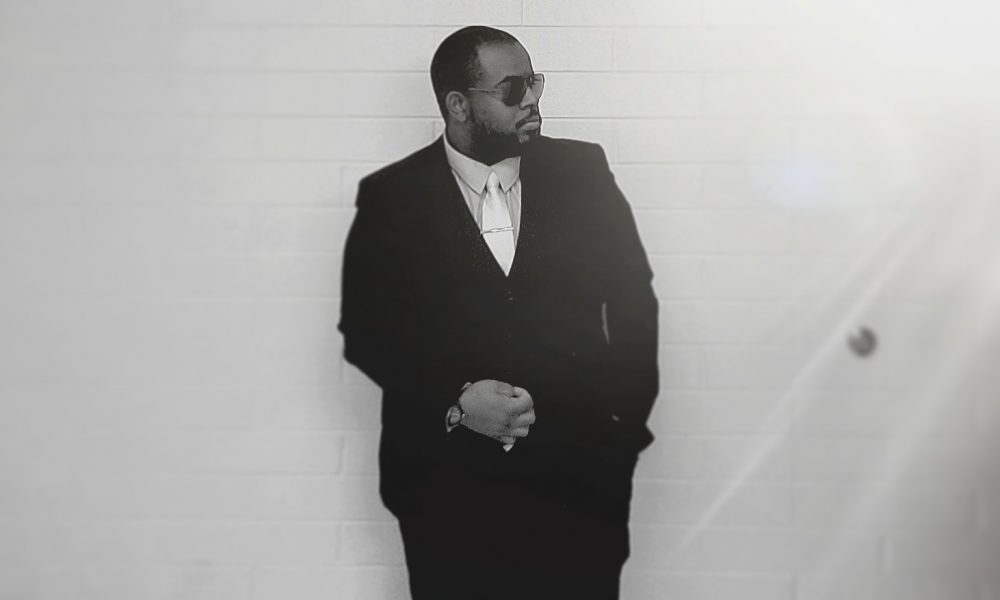 I, Duane Edward Davis II (aka D. Davis) have always had a heart and passion to love and see others grow. I began writing poetry and short stories at the age of eight, and wrote my first song at the age of nine. Writing became my closest friend and an escape from the world around me. I soon realized that I had the ability to really express my inner thoughts and feelings through writing. Growing up in what I considered a broken home was tough to navigate. My biological father was out of my life by the age of two. The man I considered my hero and my father was actually my step-father, and he left when I was nine. I remember days of crying both my mom and little sister to sleep as we tried to adjust our lives. During those times, writing became the only form of expression I truly had to lean on. My love of music became the primary foundation for how I chose to live life. As tough as it may seem, I have always found a way to smile, laugh, and use my pain to encourage others even at such a young age. Read more>> 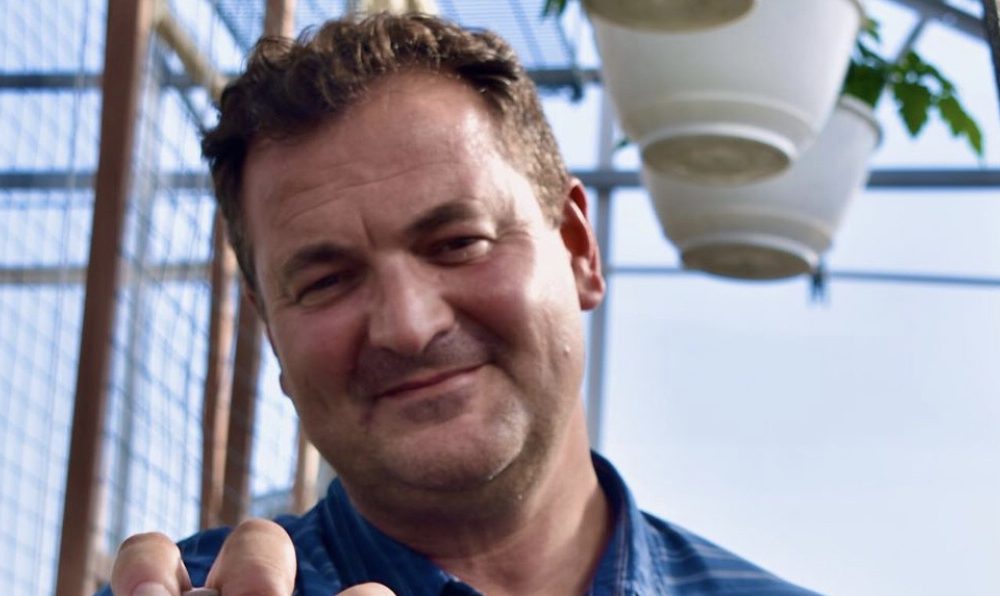 I’ve been a marketing and technology professional for for nearly 25 years until selling my last business in 2015. This gave me the opportunity to turn a longtime gardening hobby into my next “job”. This career milestone coincided with relocating to the area from Platt Park at a time when Englewood was experiencing a renaissance of sorts. The initial, basic concept of growing food close to where it is consumed quickly evolved into a three-part farming operation, a farm to table restaurant, community and event space. What we can’t grow ourselves, we source locally as possible, supporting a number of local farmers and small businesses. Many of these partners are right in our own neighborhood. Read more>> 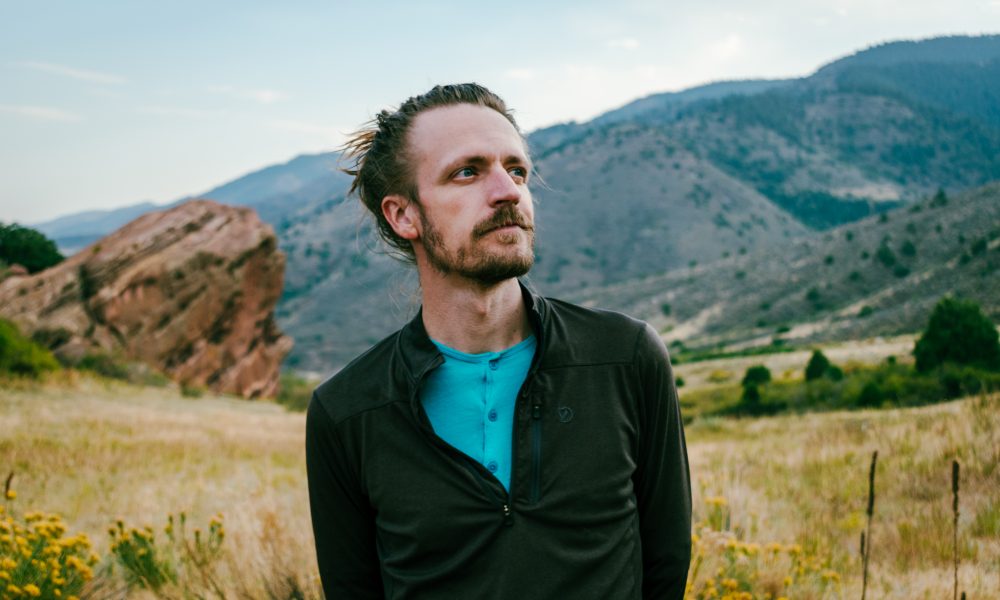 I moved to Denver about two and a half years ago, drawn to the mountains, like so many before me. Growing up in Nebraska, my family would take regular summer road-trips to Colorado. For as long as I can remember, the mountains and Colorado have felt like home. I just don’t know why it took me so long for me to realize that and move out here! Since coming to Denver, I have fallen in love with everything about the city. The community, the climate, the neighborhoods, the people, and of course, the outdoors. One thing I noticed while talking with quite a few people is that they don’t get outside to enjoy the glorious wilderness in our backyard very often. I saw an opportunity to help inspire people to enjoy and care for the outdoors. Read more>> 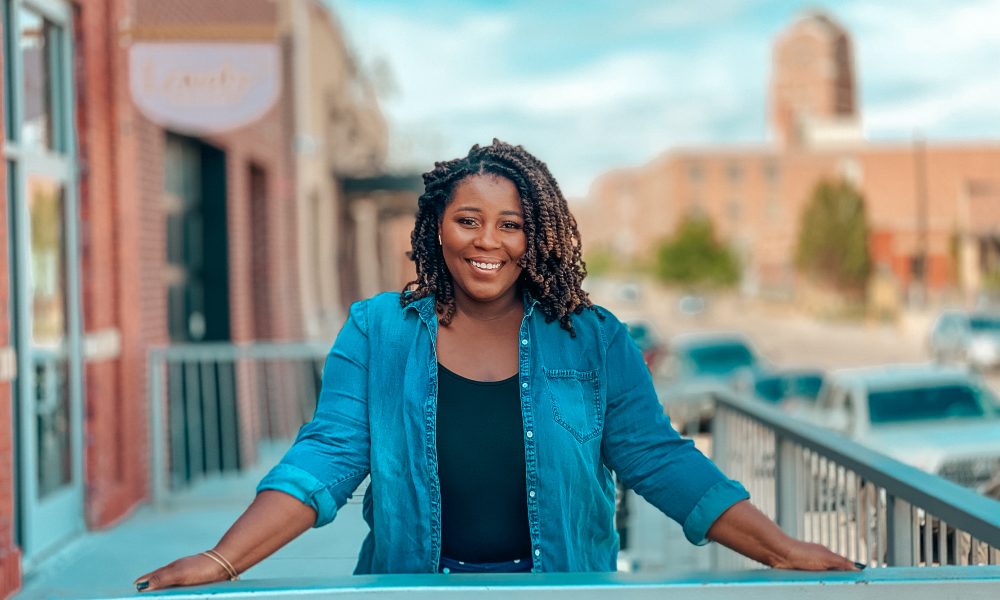 Born and raised in Colorado. I started with a passion for music and fell into a passion for organization and operations. I’ve spent over ten years working in the corporate setting in admin work and project management until I decide right at the beginning of COVID to start my business and it’s been the best decision I’ve ever made. I’ve been able to help so many bold entrepreneurs achieve their goals. The organization, strategic planning and implementation excite me and I love taking big ideas and breaking them into actionable steps. Read more>> 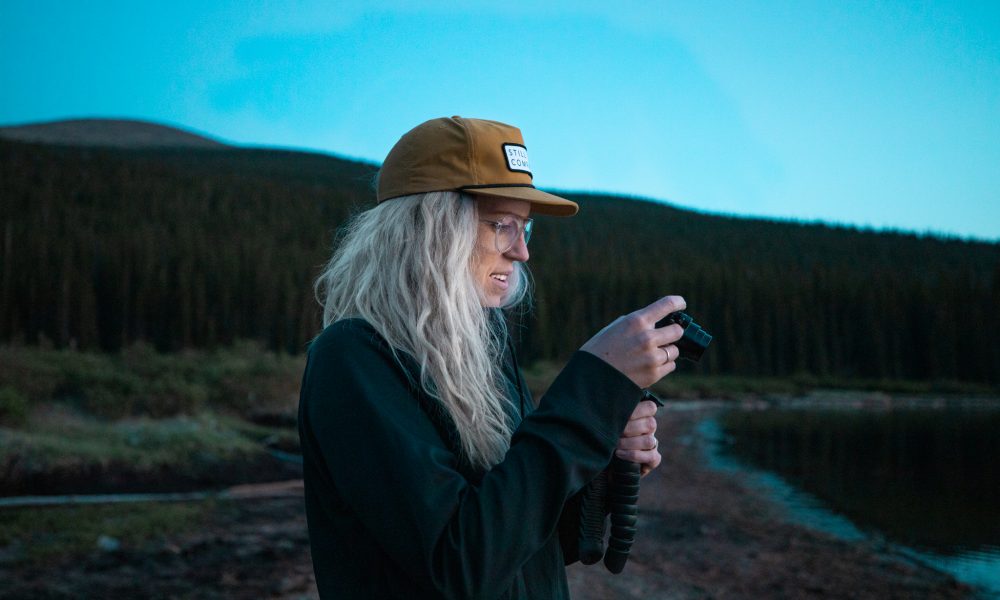 I spent years looking for and buying hats. “I need a new hat” I would think, I would look for one while traveling or spend hours online trying to find a style, design, color that I liked. If I was lucky enough to find one, I would cross my fingers hoping that when I received it, it was what I had expected. Was it high quality, was it comfortable, was the color the same? The majority of these occurrences, the answers to those questions was no. So I decided to design and sell my own. So I could get it right. Why doesn’t anyone talk about the size of a crown? Or show how a hat fits from all angles? Still Company started with a goal to properly describe and define a hat so that a customer can receive what they expect. And therefore doesn’t have to waste money or take chances on many hats. They can stick to just one. Because we make hats you love. Read more>> 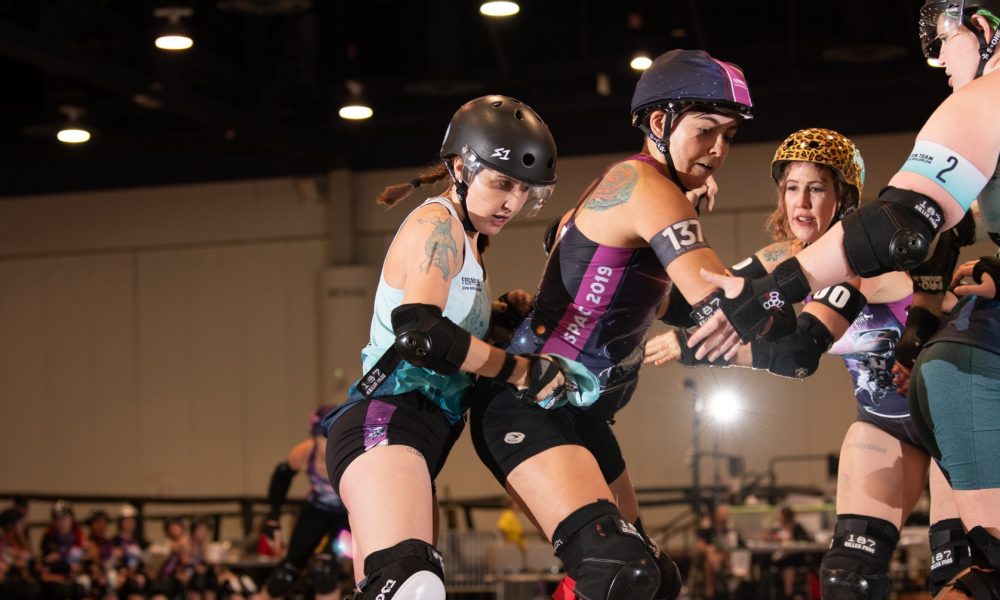 I am currently the President of Denver Roller Derby (DRD) and have been skating with the league for three and a half years now. I got my start with DRD back in January 2017 when I attended one of the league’s new recruit nights. I fell in love with the world of roller derby and have been immersed in it ever since. When I first started, I had never roller skated before in my life but that didn’t stop me from starting DRD’s new skater program (aptly named “Flight School”). I made my way up through Flight School alongside my Derby Wife, Julia Gulia. We weren’t able to pass test-ups without each other! Read more>> 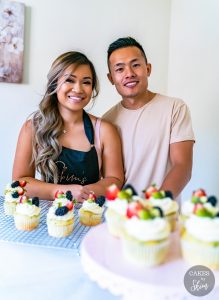 Twenty-twenty will definitely be a year to remember. When the stay-at-home order was put into effect in March, over 80 million Americans were forced out of work during a global pandemic. Unfortunately, we both lost our jobs as many businesses were forced to shut down and for some, permanent closures.If you told us that we would come out of quarantine as business owners, we would have never believed it. It all started when we heard the news that the infamous Market in downtown Denver was closing its doors permanently. That was our favorite bakery to satisfy our Spring Fling craving, so we are so sad to hear the news of their closing. Soon after, I was really craving the Spring Fling cake and decided to try making Spring Fling cupcakes. Read more>> 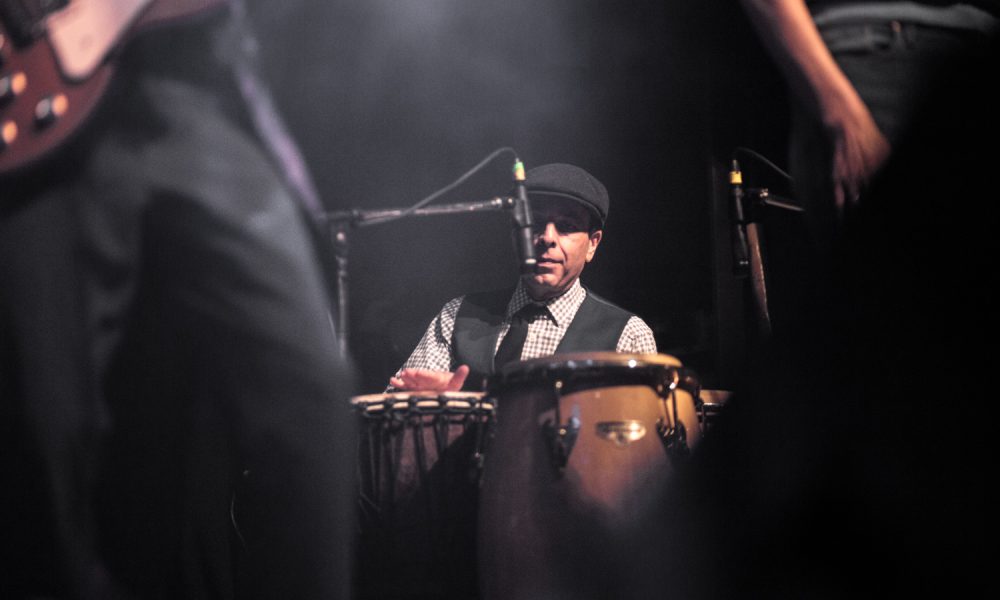 I was born in Iran in 1973. At age six, I experienced a revolution followed by a war between Iran and Iraq, which ended after I left Iran. During the war, I experienced many bombings and air raids. I recall having a bomb shelter built in our basement; my mother covering my brother and me with a mattress when the air raid sirens would sound, with the hopes of that saving our lives in case a bomb landed on our house or in our neighborhood. I recall at times the air raids would be so bad that my father would pack up the car every evening after work to head to the mountains outside of the city and camp to avoid possible death. We could watch the bombs being dropped on the city every night and go back to our house the next morning hoping our house and our pet was still there. Living in war was hard and scary. Music and art were my tools to cope with these traumatic experiences. Read more>>