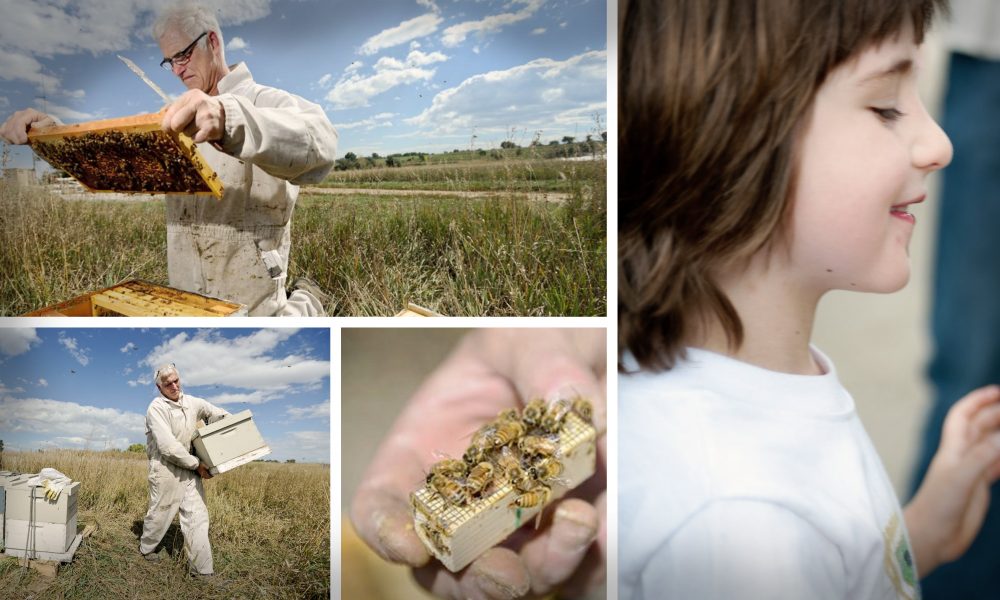 The heart of our mission at VoyageDenver is to find the amazing souls that breathe life into our city. In the recent weeks we’ve had the privilege to connect with some of Denver’s finest artists, creatives, entrepreneurs and rabble rousers and we can’t begin to express how impressed we are with our city’s incredibly deep talent pool. Check out Longmont’s rising stars below. 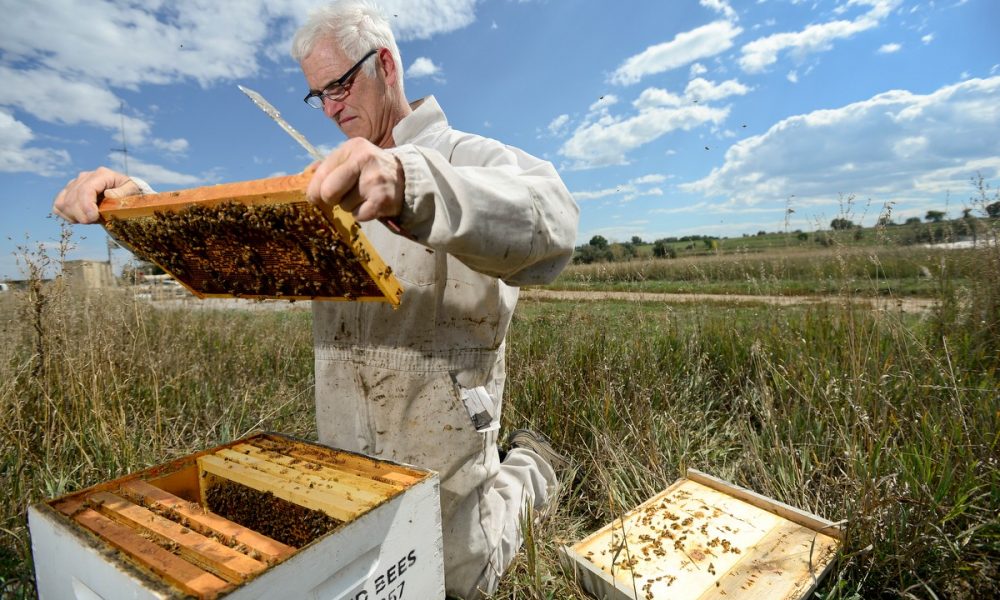 I was one of those kids who grew up catching all kinds of bugs in glass jars, had more pets and critters than anyone else I knew. I was always fascinated by the honey bees. Their hive structure was intriguing. They have these short and intense lives, and of course, the potential of honey! In the 70’s, keeping bees alive was very simple. If you were willing to work hard, learn to understand bees, you were rewarded with not just a wealth of good bee stings but the elixir of honey. After I finished high school, I started traveling the world. Because I knew bees so well, I always found work. I had the opportunity to experience different forms of agriculture throughout Europe and the Middle East. Since returning to the United States, I was overall appalled by our food system and the honey being sold in stores. Having grown up around bees, I know what real unadulterated honey tastes like, looks like and the health benefits it contains. In America, we have little to no oversight on honey. Words like raw, unheated, unfiltered, and even local, really translate into please give me your money. The vast majority of honey sold here has been heated and filtered to suppress the crystallization of the honey. Read more>> 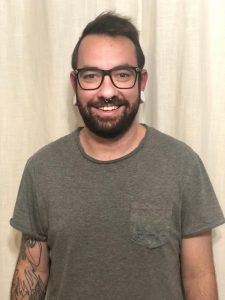 For me, I have always loved designing and creating new pieces, no matter what the medium is. I seek it out on a daily basis and love to see what I can create and what interesting color combinations. I’ve long had a passion for trying to see how to convey a message in the least amount of design elements. It’s harder than it sounds and it is a really good exercise for us designers. For me, I’m a bit of a perfectionist and focus on details very much from the smallest tasks to the largest. I think for me, I’ve had luck in finding people who are also passionate about what they do and I can help them carry that passion into how they and or their business is portrayed too. Read more>> 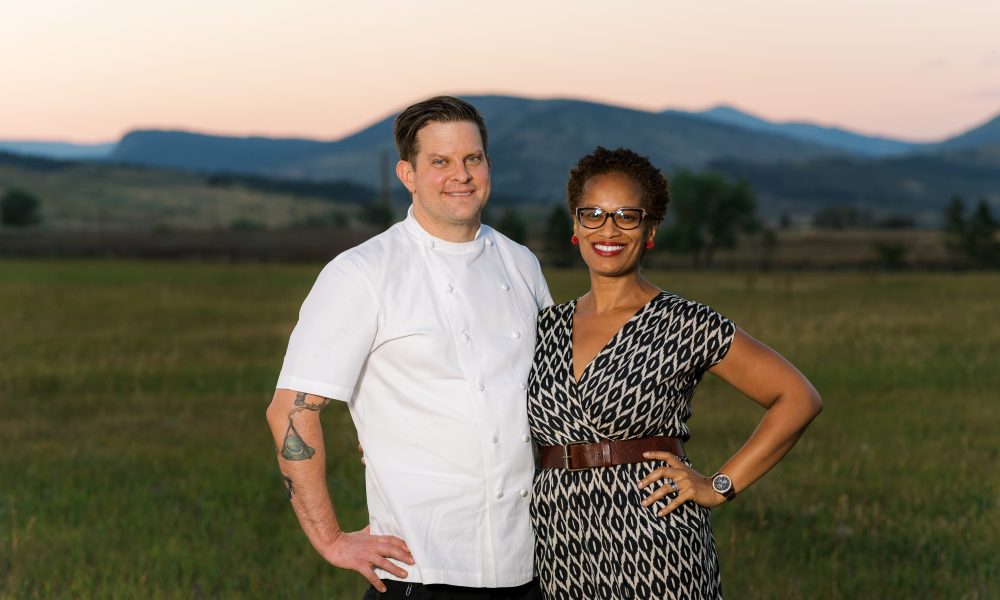 Whistling Boar is a hospitality collaboration between my husband/chef David Pitula and myself on the operational end. We moved to Louisville, Co. In 2016, from Brooklyn, NY. After working in NYC fine dining and high-end catering companies for 15+ years then owning a gastropub in Brooklyn, we decided to take an active approach to become part of a more sustainable food movement. We wanted to be closer to farms, the food they produced, and we wanted to lessen our footprint. That desire brought us to Boulder County. After working for various companies since 2016, we realized that we wanted to see the changes we needed to become. Read more>> 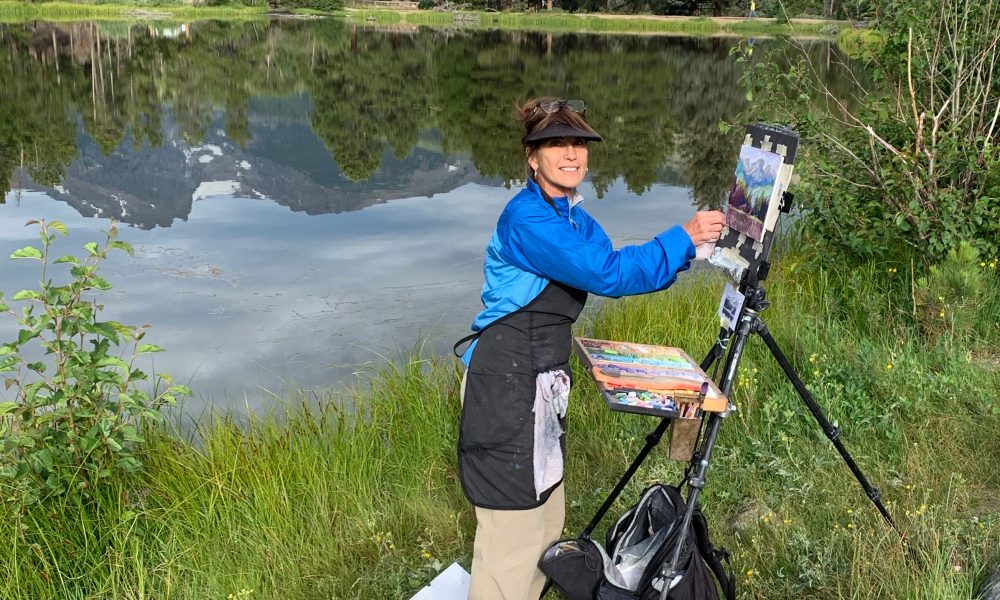 My journey as an artist began when I was very young. Drawing has always been a passion. Pencils, charcoal, and pen and ink were my favorite mediums growing up. I cannot remember a time when I was not drawing everything surrounding me. I realized my dream of pursuing a creative career when I went to Denver at Metropolitan State University. I studied both drawing and graphic arts. Ultimately finances determined my career direction. After graduation, I worked as a designer and utilized my drawing and graphic skills at both Celestial Seasonings and New Hope Communications. In 1991 I collaborated with another designer to form our own agency. I realized that the flexibility afforded by owning my own business allowed me to pursue my art as well as my graphics career. Read more>> 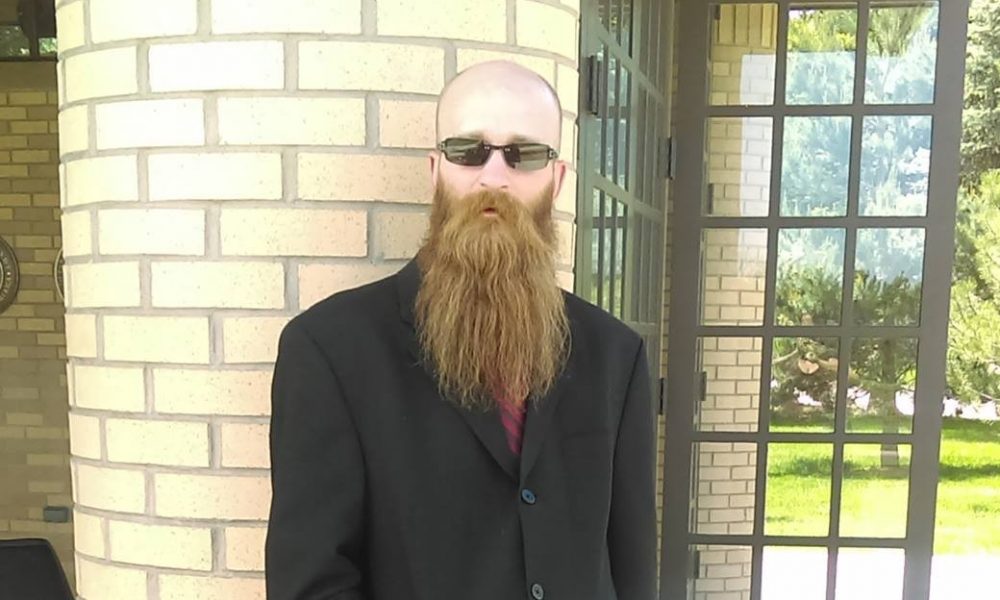 I have been producing music and involved in the local Colorado music industry in some form or another for over 20 years. I started off playing the drums and programming recording software when I was 13 years old and gradually began making instrumentals and recording live instruments like guitar and piano. In 2016, I decided to take my career to the next level and completed the Bachelors of Audio Production from Full Sail University in 2019 and the Masters of Entertainment Business in 2020. In 2017, I opened Grim Beard Productions in a spare bedroom in my apartment and by the beginning of 2019 had outgrown that space. We opened our first commercial facility here in Longmont housed inside of a 750 square foot warehouse facility and quickly made additions to the space. Read more>> 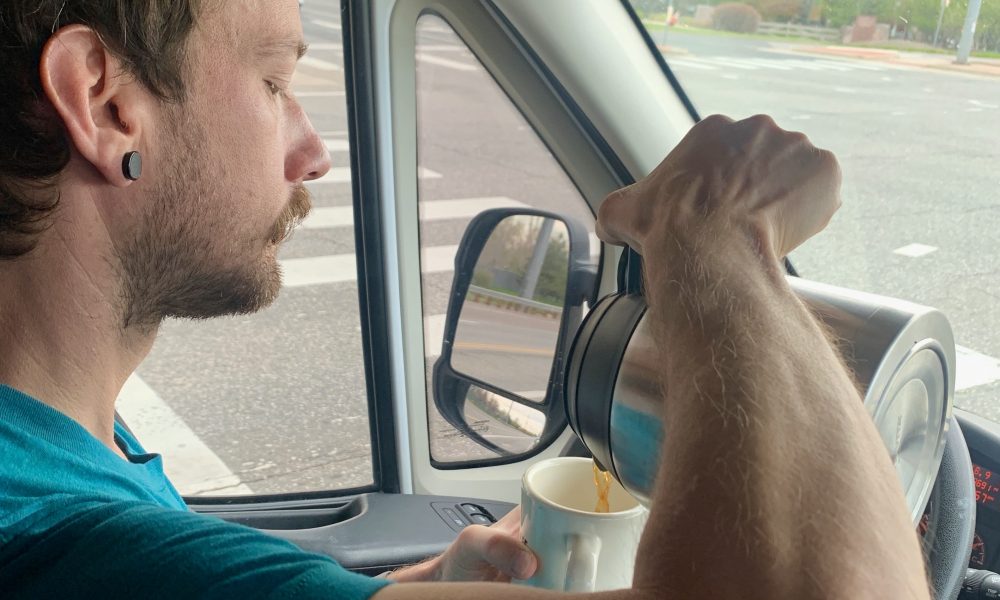 I became interested in coffee about nine years ago. I didn’t really drink it before then. Like many things I get interested in, I quickly became somewhat obsessed. I started learning about manual brewing from a friend who worked at a coffee shop and then started seeking out different flavors and brew methods. Every weekend and every trip started to include visiting new coffee shops and trying to find the best coffee. The thought of being a barista and getting to dive deeper into the world of coffee became more and more intriguing over the next few years, but I had a great job that I loved and didn’t want to leave. Read more>> 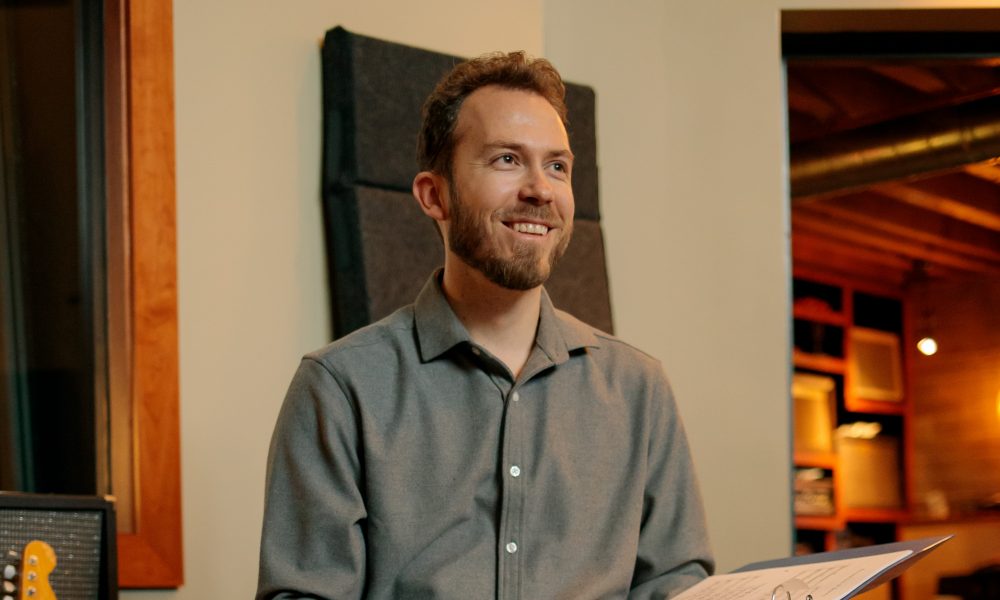 Since I think High School, I’ve wanted to be a film composer. I loved movies and making movies with my friends. I also noticed as I took piano lessons I would wonder off of my piano sheet music and start creating my own music, and I had some great teachers that would encourage me to keep creating. I decided to go to the University of Colorado to pursue film and not music because I got a little burnt out on practicing piano after tackling the Grieg piano concerto in A minor at the end of my senior year, and I didn’t want to go back into the practice rooms for most of my college career. Read more>> 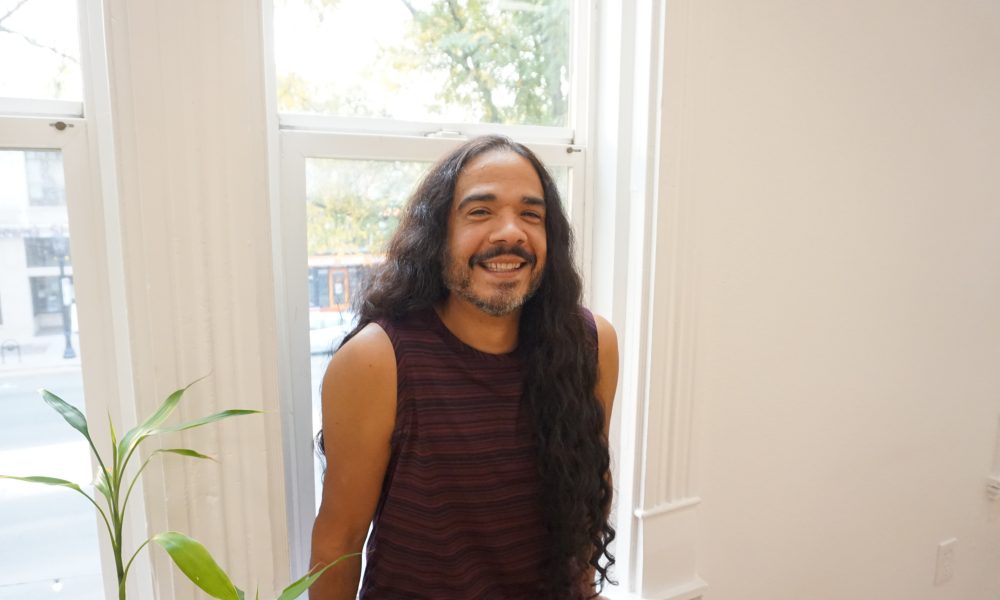 I still feel very new to yoga. I feel that I am as much of a student as I am a teacher. In 2015, with persuasion from others, I decided to take my first yoga class. This class was at Full Circle Yoga. I had no idea what yoga even looked like and I was pretty nervous. At this point, my only form of physical exercise was running. I loved to run, but I was very abusive with it. I loved the impact of running and how it took a toll on my knees. No pain, no gain, right? I figured that if it hurts, I must be doing something right. Back to my first time on the mat… I can’t say that anything felt natural. Then 20 minutes into class, the teacher had us in a Warrior II pose. This was my ah-ha moment! In this pose, I felt my quads on fire. Read more>> 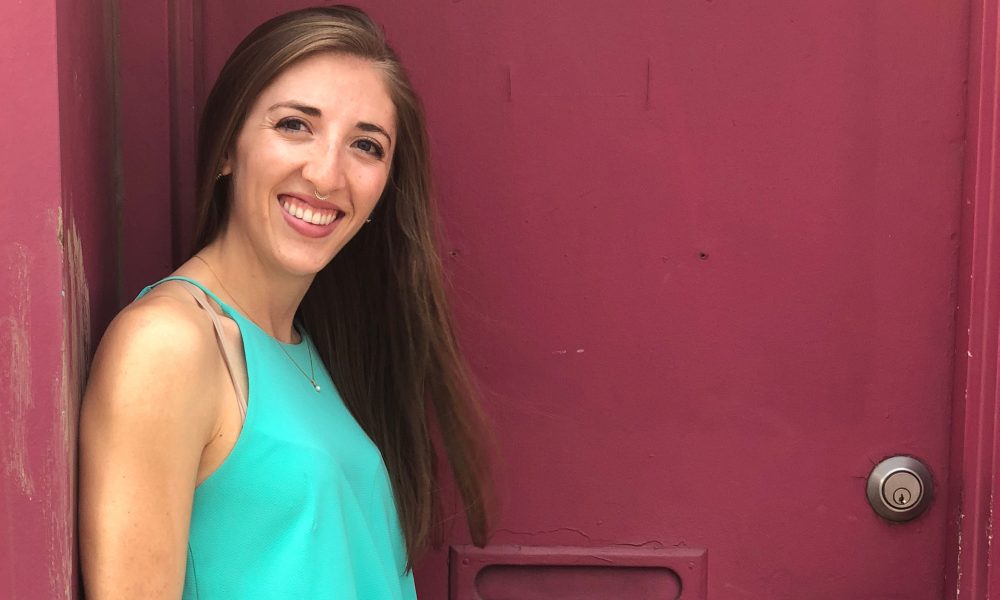 I learned to crochet from my grandma when I was about five years old. I wanted to be an artist when I grew up and I felt most excited when I got to make things with my hands. Unfortunately, in the midst of school, sports, work, and other activities, I lost track of my love of making. That is, until a few years ago. At this point, I had graduated from CU with a Business degree with an emphasis in Marketing and also earned a certificate in Multimedia Graphic Design. Despite choosing fields that allowed me to be creative in my job, I still felt I was missing that physical aspect of making with my hands. Read more>> 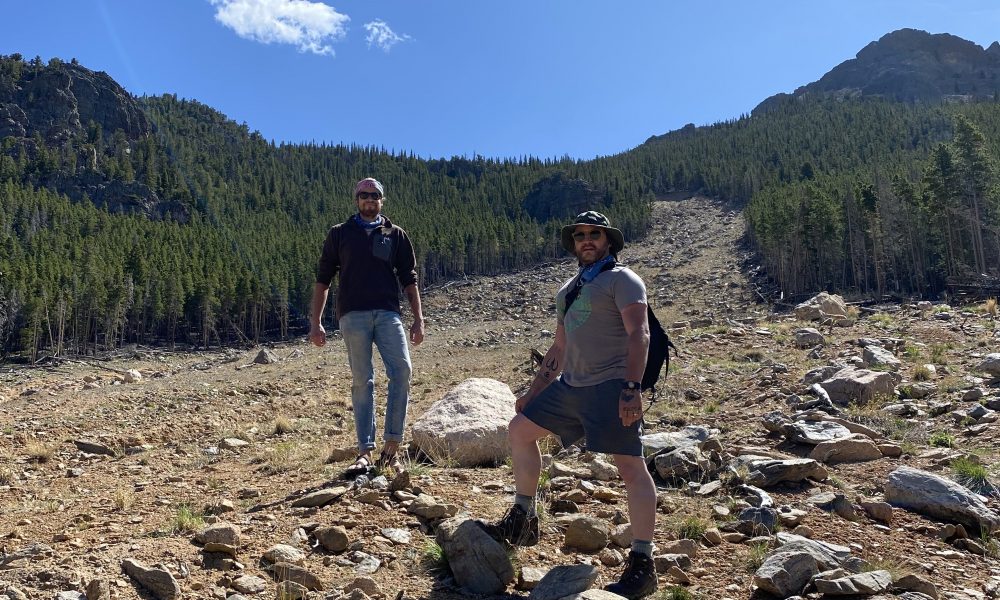 We first met while working as beer reps at a local liquor store and bonded over our shared love of beer. At some point, we started experimenting with home-brewing, making beer styles that you couldn’t find on the shelf in Estes Park. While it started out as a way to make beers we wanted to drink, we quickly realized that we loved the beer-making process as well. It was the perfect balance of creativity and science, similar to our own personalities. That was when we started making plans to open a brewery together so that we could continue to brew and share the beer styles we love with the rest of our community. Since we were coming from a home-brewing background, we reached out to as many breweries in Northern Colorado as we could and asked to shadow their brewers for a day. Read more>> 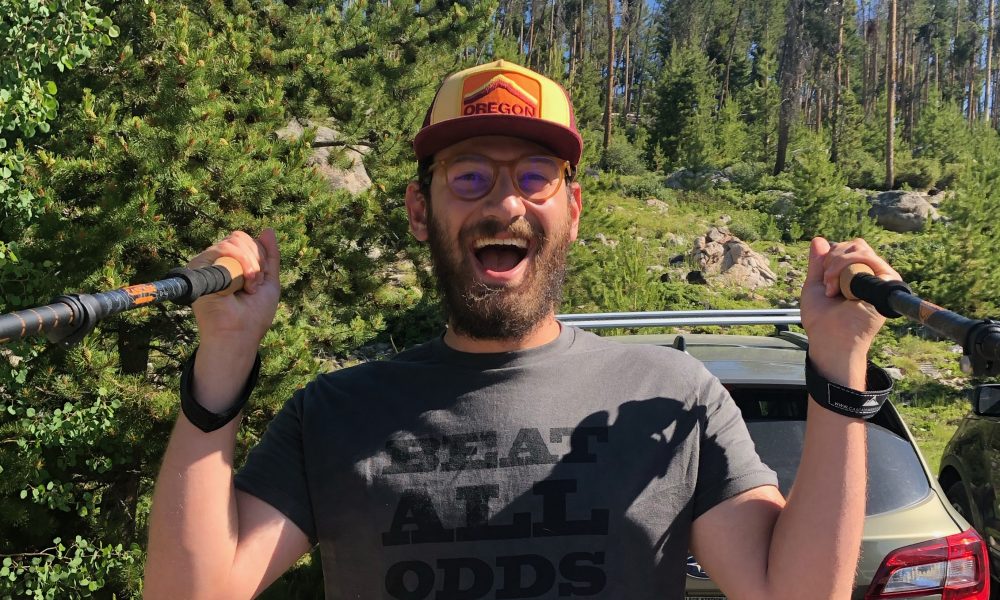 I was born and raised just outside of Boston, MA but have always had family in Denver. My grandparents lived here for about 60 years and were small business owners up and down the Front Range. My mom grew up across the street from George Washington High School and my parents got married in City Park and lived in Observatory Park for a few years before moving to Boston. So while Boston was home, I’ve always had roots in Colorado. I’ve always known that I was going to work on something social impact-focused, it was never really a question for me. I was raised in a Reform Judaism house by parents who fiercely believe in the value of Tikkun Olam (repairing the world) and that value was instilled in me at a young age. Read more>> 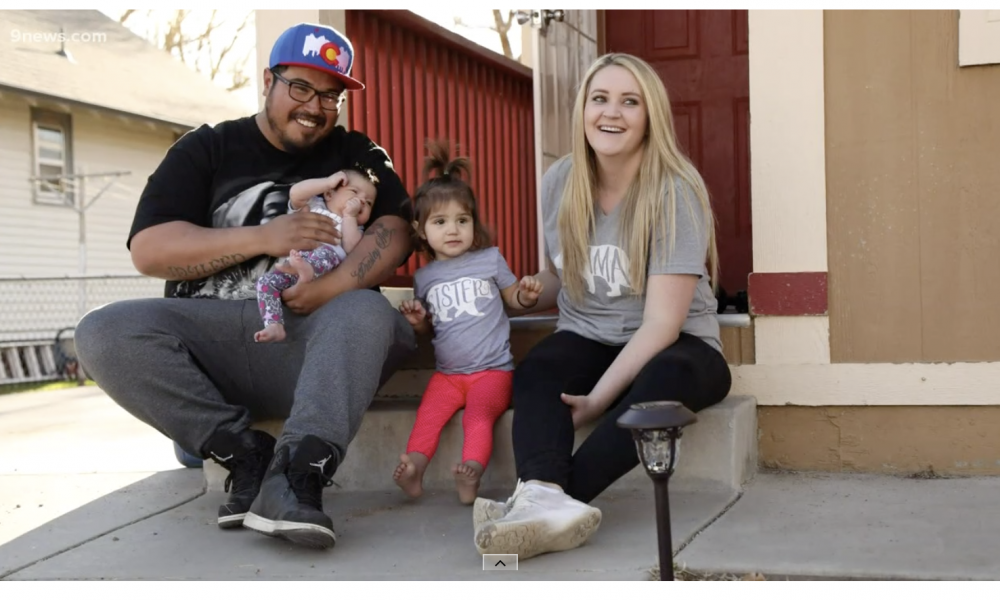 I started my business after years of being a freelance photographer for other companies and assistant to other photographers. I wanted to be able to schedule my own hours, make my own decisions about my art, and be able to be home with my daughters. When I first started my business, I was always more interested in finding long-life clients. Then COVID hit. I had my second daughter on March 1 and in fear of the isolation creating PPD, I decided to go for walks each day from two weeks postpartum. I saw someone on the Erie page mention that they saw the “Porch Projects” on the east coast and I thought, “Huh! I could do that!”. So it started as a small project where I took photos while walking with my girls in different neighborhoods and it exploded from there. Read more>> 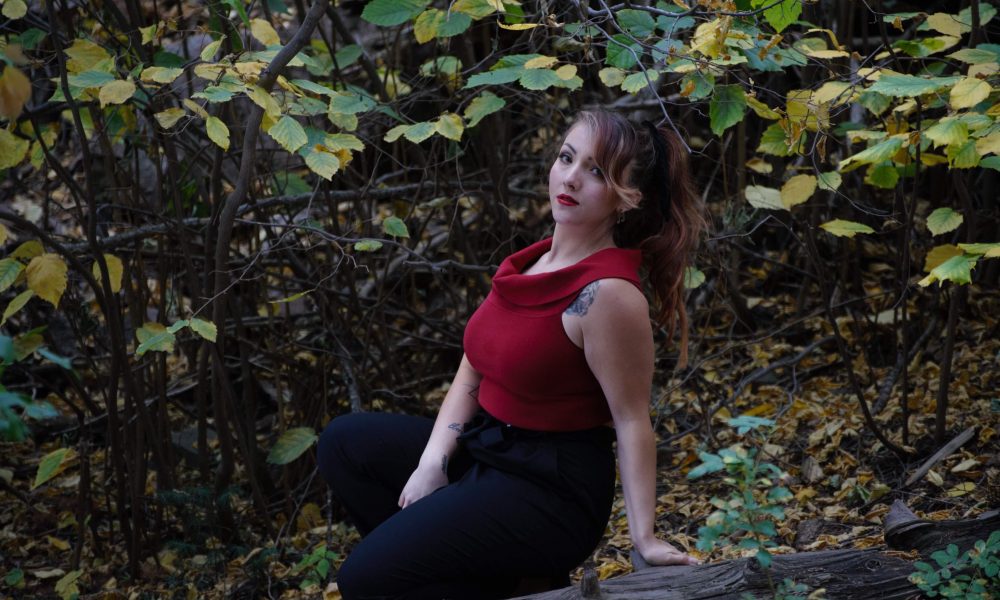 I’ve always wanted to be a musician, ever since I could remember. When my grandma introduced Elvis Presley to me, I knew that was exactly what I wanted to do! I remember writing songs when I was little, I played the piano. I wasn’t the ‘best’ or a prodigy by any means but I absolutely loved it. Throughout middle school, I played saxophone and continued on until today. My career really started, I’d say my freshman year of college. I started writing ‘real’ songs when I was a Junior in High School, I did a 2-week music industry program through CU Denver, where I really finished my first song and learned more about songwriting. Read more>> 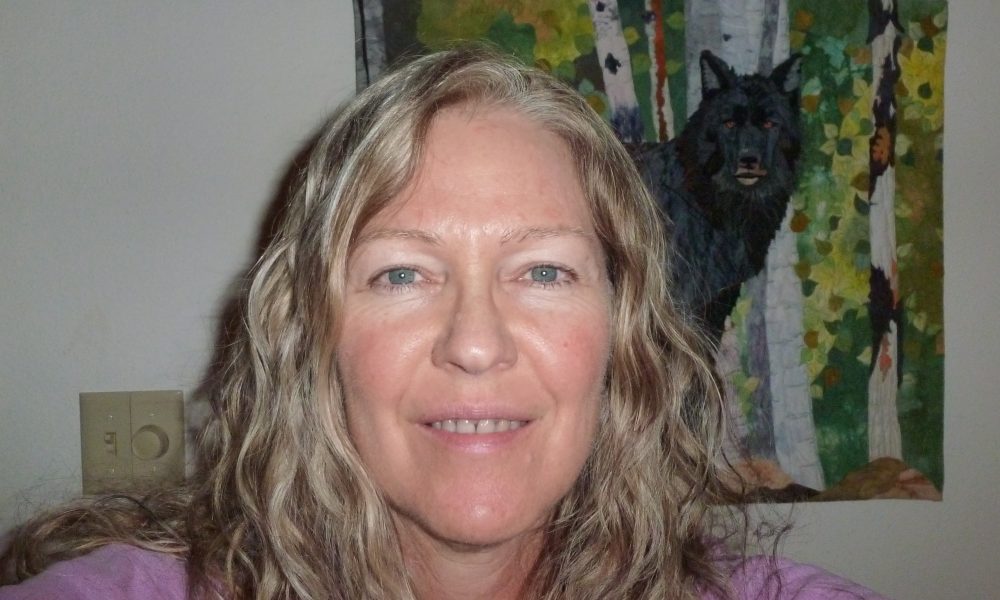 I’ve been expressing my creative nature through various mediums from the time I could hold a pencil. My innate love of Nature and all of her amazing array of creatures and plants has been my artistic muse. My parents encouraged and supported my artistic explorations, something I am forever grateful for! I loved drawing and painting and my favorite subject was horses. My first two “businesses” were teaching guitar and painting murals on people’s walls from the ripe old age of nine until I was about thirteen. I took guitar lessons when I was seven and taught a good friend of mine how to play when we were in elementary school and we both thought we were going to be musicians for a living. We wrote our own music, played local events and then, of course, college happens and our life directions change. Read more>>