Life and Work with Karina Christensen 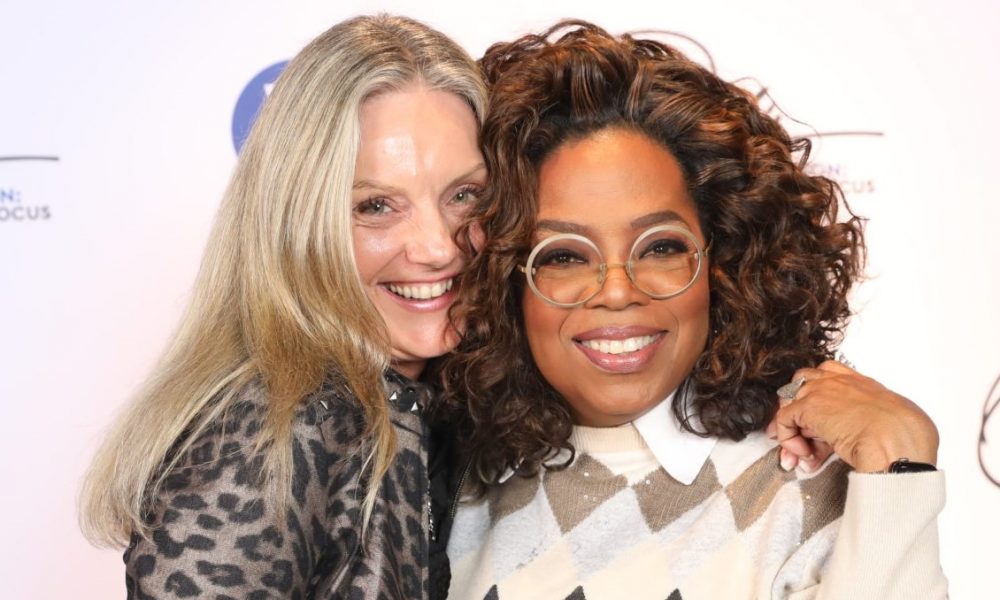 Today we’d like to introduce you to Karina Christensen.

Karina, before we jump into specific questions about the business, why don’t you give us some details about you and your story:
I have been a serial entrepreneur my whole life. As a child, I sold lemonade along the sidewalk and as a teenager, I designed and made clothes and sold them to my friends. I have also been a bit of a vagabond and have lived on three continents and so far have moved 37 times during my lifetime. I grew up in Germany and came to the US in my early twenties and had an opportunity to become a flight attendant on private jets based out of the East Coast. I later transitioned to designing the interior of these jets and then started a consulting company to manage the completions of the aircraft on behalf of the purchasers. When the economy took a downturn in the mid-2000s, my consulting business came to a halt and I received a phone call from a headhunter who was looking for a flight attendant for a “celebrity-based out of Chicago”.

I knew right away that it had to be Oprah and so I applied for the job. Competing with 15 other applicants, I was awarded the position six months later and worked on Oprah’s private staff for five years. This was the best job I have ever had and I enjoyed flying with her all over the world. However, I still had my dream of starting my own company and so resigned in 2007 to move to Montana, as the Big Sky State had been on my bucket list since watching old westerns in Germany while I was growing up.

Through an ad in a paper, I connected with a developer who was looking to develop a 480-acre luxury property with a Jack Nicklas golf course and ended up joining his team. A year later, we were just about to sign the initial $6MM loan to start the entitlement process when my little voice told me to not sign the personal loan guarantee. The loan was with Lehman Brothers and two weeks later they collapsed. Whew!

During my time working on the golf course development, I met someone who was working on a 60 unit condo conversion development. She called me the day that we decided not to move forward with the golf course project to tell me that her investors had backed out and did I know someone who might be interested. I asked her to send me the proposal, and after looking at it my partner and I decided to move forward with it. We converted a historic seven-story building into 60 condos and 17 retail spaces and sold all the condos in the bottom of the market between 2009 and 2010.

The first buyer for those condos was another real estate agent who bought two units as an investment. We became fast friends and when my project was sold out she asked whether I would be interested in starting a Keller Williams Real estate franchise with her. I did not know at the time what Keller Williams was, but after attending a few training classes with her at an existing office in another city, I was sold. We started the first office with just the two of us in 2010 out of a tiny retail space. Today the Helena, Montana franchise has over 100 agents in two locations in an area where there are only about 500 agents total.

In 2012 I moved to Denver to be with the love of my life and realized I had to start all over again. I had no contacts, except for my boyfriend at the time, and so I found the Keller Williams office closest to my new home. There the Team leader asked what I was hoping to accomplish and I told her that I had never really had to lead generate for my business as I always had my own inventory as a developer and that I would like to specialize in Luxury Properties. She set me up with several classes and introduced me to the top luxury agent in the office so that I could shadow her. Thanks to her advice and strategies, within six months I had my first multi-million dollar listing. Today, my business is over 90% by referral and I have a team who handles a lot of the day-to-day business.

Two years ago, I started in the development space again by founding a 100% woman-owned real estate company “Ubuntu Partners”, which specializes in building residential high-rises in urban areas. We are currently working on a 314 unit residential project in Downtown Denver. What’s next? Who knows! What I know for sure is that there is always another opportunity waiting to be explored.

Great, so let’s dig a little deeper into the story – has it been an easy path overall and if not, what were the challenges you’ve had to overcome?
Looking back on my career, I wish I had started working in real estate full time much earlier. It is truly the only industry where the sky is the limit with regard to your income and opportunities. Unfortunately, I had never met a real estate agent that didn’t work 24/7 and mostly only scraped by. Once I joined Keller Williams Realty and attended their training classes, I realized what had been missing for all these agents: a structured and streamlined approach to learning the business side of real estate. Real estate is the big equalizer, where it does not matter what your gender, religion or ethnicity is. Everyone has the same shot at building a successful career.

Please tell us about Denver Luxe Team.
My team specializes in high-end luxury homes and condos in the Denver Metro area. We understand that high-end properties tend to be unique and cannot easily be “comped” (priced) by comparing them to other homes based on square footage. These homes tend to be fully customized with handcrafted finishes and high concept architectural design. By understanding the value of those components, it allows us to maximize our client’s return on their investment by pricing it accordingly and marketing it in such a way that we can find the one buyer who will appreciate the value of them as well and is willing to pay the premium. Our clients are successful individuals who travel on private jets and stay in ultra-luxury properties all over the world. They are accustomed to a certain level of service and we pride ourselves in providing a concierge-like service that matches those expectations. We even have an art consultant on our team who helps our clients with their art collections and can coordinate moving the art, or selling it, if so required.

What advice would you give to someone at the start of her career?
For someone starting in real estate today I would strongly suggest that they find a company that provides training and coaching at all levels of her career. Getting a license does not prepare someone for the rigor required to be a successful agent. The first year can be very overwhelming and a lot of new licensees do not make it past the 12 month mark. Finding a mentor early on can help speed up the learning curve and continuous business specific training will help lead to a successful career.