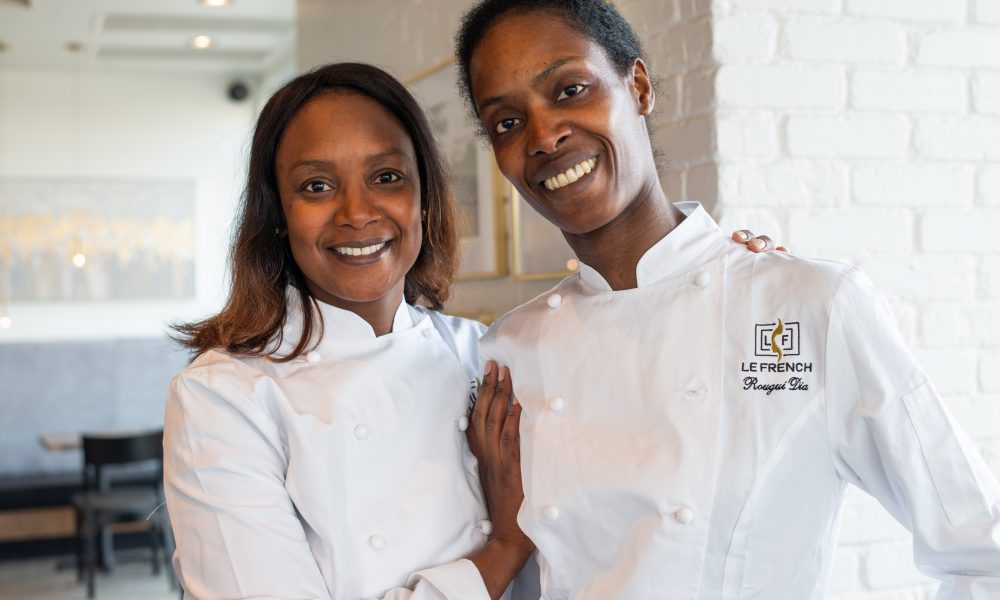 Today we’d like to introduce you to Aminata Dia.

Aminata, can you briefly walk us through your story – how you started and how you got to where you are today.
I was born in Senegal before moving to France at a young age. My sister Rougui and I grew up just outside of Paris in Neuilly-Plaisance and we both developed a passion for food early in life. I moved to the United States nearly 20 years ago and have been in Denver with my family for 15 years. I pursued a degree from the Art Institute of Colorado and from there, launched my catering company, AmiCuisine.

Rougui completed her first cooking internship at age 15 and was working in Chez Jean in Paris by the time she was 21. She was named the executive chef at lauded Paris restaurant, Petrossian 144, in 2005: The first black female in the world to hold this position at a restaurant that had been awarded a Michelin star. She’s been called the 21st century’s “Black Pearl” and the “African Queen of Parisian Cuisine.”

She later took the executive chef position at another celebrated restaurant, Paris Le Vraymonde in the five-star Buddha-Bar Hotel in Paris; opened her own Paris-based bakery serving freshly baked babas; and accumulated accolades including the Trofemina Award and the French National Medal of Honor – the country’s highest national civilian honor.

Le French is the first restaurant I’ve opened, and I’m so proud to have accomplished this dream with my sister.

Overall, has it been relatively smooth? If not, what were some of the struggles along the way?
We were extremely pleased and happy with the community response when we opened Le French in April of 2019. Obviously, there are always challenges when opening a new business. Finding the right personnel and navigating the high turnover in the restaurant industry is a standard challenge, and then right before our first anniversary, COVID-19 hit the U.S. in a big way. We had to temporarily close the restaurant and furlough all our staff, which was heartbreaking for us. While we’re now operating again with limited hours, staff and guests, we’ve been so grateful for the continued community support. Managing through COVID-19 will be an ongoing challenge we will have to navigate.

Alright – so let’s talk business. Tell us about Le French – what should we know?
Le French is a gourmet, casual-chic French bistro specializing in high-end French patisseries and elevated modern Parisian cuisine with global influences, a nod to our heritage and Rougui’s tenure at Paris’ Petrossian 144. We serve breakfast, lunch and dinner Tuesday through Sunday and brunch on the weekends. Le French offers an extensive wine and cocktail list featuring French classics and modern creations. We spent a lot of time and effort creating a welcoming space, featuring indoor and patio dining; a grab-and-go case with freshly made salads, sandwiches and pastries; and a carry-out counter.

Any shoutouts? Who else deserves credit in this story – who has played a meaningful role?
We have to credit our community and our incredible team to our success. Our guests are consistently wonderful and have shown us how much they care through dark times like COVID, reaching out and asking how they can support us. It’s truly been amazing to see and we feel so very grateful for them. We also have to credit our staff. We take so much time and care to create a highly-trained team, and our staff is so motivated, inclusive and diverse that they have truly created an amazing environment.