Today we’d like to introduce you to Andrew Moore and Ben Gettinger.

Andrew and Ben, let’s start with your story. We’d love to hear how you got started and how the journey has been so far.
Andrew moved to Colorado to pursue a Ph.D. in classical archaeology at CU Boulder. As we joke, he ended up adopting many stereotypical Colorado habits: mountain climbing, growing a beard, listening to bluegrass, wearing flannel…and homebrewing.

In the summers, he’d dig at sites in the Mediterranean — Turkey, Jordan, Greece. He fell in love with the cuisine and wanted to incorporate it into his brewing recipes when he was stateside during term time. Basil, Turkish coffee, even garlic — these were some of the earliest beers he tinkered with, which are some of the favorites in the brewery today.

When he decided to open his own shop, he wanted to have culinary influence from all over the world. When Andrew falls in love with something, he goes all in. He’s a master of taste, knowing how to blend the flavors inherent to various beer styles with the right amount of an adjunct ingredient, creating a balanced finished product that is not only interesting but approachable.

Overall, has it been relatively smooth? If not, what were some of the struggles along the way?
It was a several-year process to start a brewery. Three classmates-turned-business-partners became two, then became one as the process dragged on and they found other enticing employment. Finding adequate real estate for a manufacturing area and a taproom — and fundraising for all the equipment necessary to brew — were monumental tasks.

Searching for real estate alone, Andrew was finally introduced to his business partner, Ben, through their mothers — who had been sorority sisters in college and set Ben and Andrew up on a blind business date. Ben was finishing an MBA/JD graduate degree with a focus in entrepreneurship. After another eight months of searching, they finally found the location for their new brewery in the Art District on Santa Fe.

Breweries are highly regulated at every level of government, so we knew we were in for a long process…the 55-weeks from signing a lease on our property to finally opening for business, through all the permitting and construction, at times felt excruciatingly long. The time was needed to fundraise – applying for loans, crowdfunding from our networks, wooing locals who were interested in getting into the beer industry.

We missed the height of the Denver brewery boom, opening into a crowded local beer market. While we figured that we should introduce a differentiated product if we wanted to open a new brewery and stand out in Denver in 2017, we knew we’d have to convince people our goal was to make solid beers – not carbonated, alcoholic, flavored water. We think it’s been a success.

We’ve been lucky so far. The staff we brought in has been so wonderful. We love being a part of a creative community in the Art District on Santa Fe. And beer is still an incredibly friendly industry, one where would-be competitors root for and help each other.

The Intrepid Sojourner Beer Project – what should we know? What do you guys do best? What sets you apart from the competition?
We brew beer, selling it in a tasting room attached to our manufacturing area and selling kegs to bars and restaurants around the city. We will be packaging into cans later this year for sale in liquor stores and groceries, with an eye toward distributing our beer in targeted markets around the country.

We’ve certainly positioned ourselves as the brewery not afraid to experiment — hence, “Beer Project” — with culinary ingredients. Beer is actually a great beverage to pair with food — cutting, complementing, and contrasting with food in so many ways even wine cannot — and our brews pair better than everyone else’s.

There are other beers with basil, with lavender, with lemongrass — though maybe no others with garlic! — but we’re proud of the way ours are balanced, allowing the drinker to taste the flavors expected in a given beer style but delivered in a new and interesting way. We take pride in making experimentation and boundary-pushing the focus of our products.

What is “success” or “successful” for you?
In a few manufacturing industries do you truly get to see the fruits of your labor so immediately – Andrew can brew a beer and serve it to a customer in the taproom the same day it goes public. Even Ben, from the legal-and-business-side of the partnership with no hand in brewing, can feel it. Indeed, it’s hard to beat the visceral reaction and immense pride when a customer expresses excitement about what you’ve done with a beer or declares one of your brews their favorite.

Recognition in the form of awards or from the press is always welcome reinforcement for what we’re trying to accomplish; it’s easy to get exited about the marketing impact of such accolades, and it’s easy to define success in terms of a financial payoff for our immense amount of hard work over the past couple years.

But you brew beer to make people happy because you yourself love beer so much. Beer brings people together; it invites the sharing of stories. We make our beer to inspire wanderlust, to create new friends around the bond of exploring, to arouse curiosity about the world out there and the flavors in it.

Seeing regulars in our taproom bond over a beer and watching them become friends over time is one of the most satisfying experiences. Having our beer in the hands of people across the country, and one day around the world, knowing it is helping to create such experiences – that is the ultimate success. 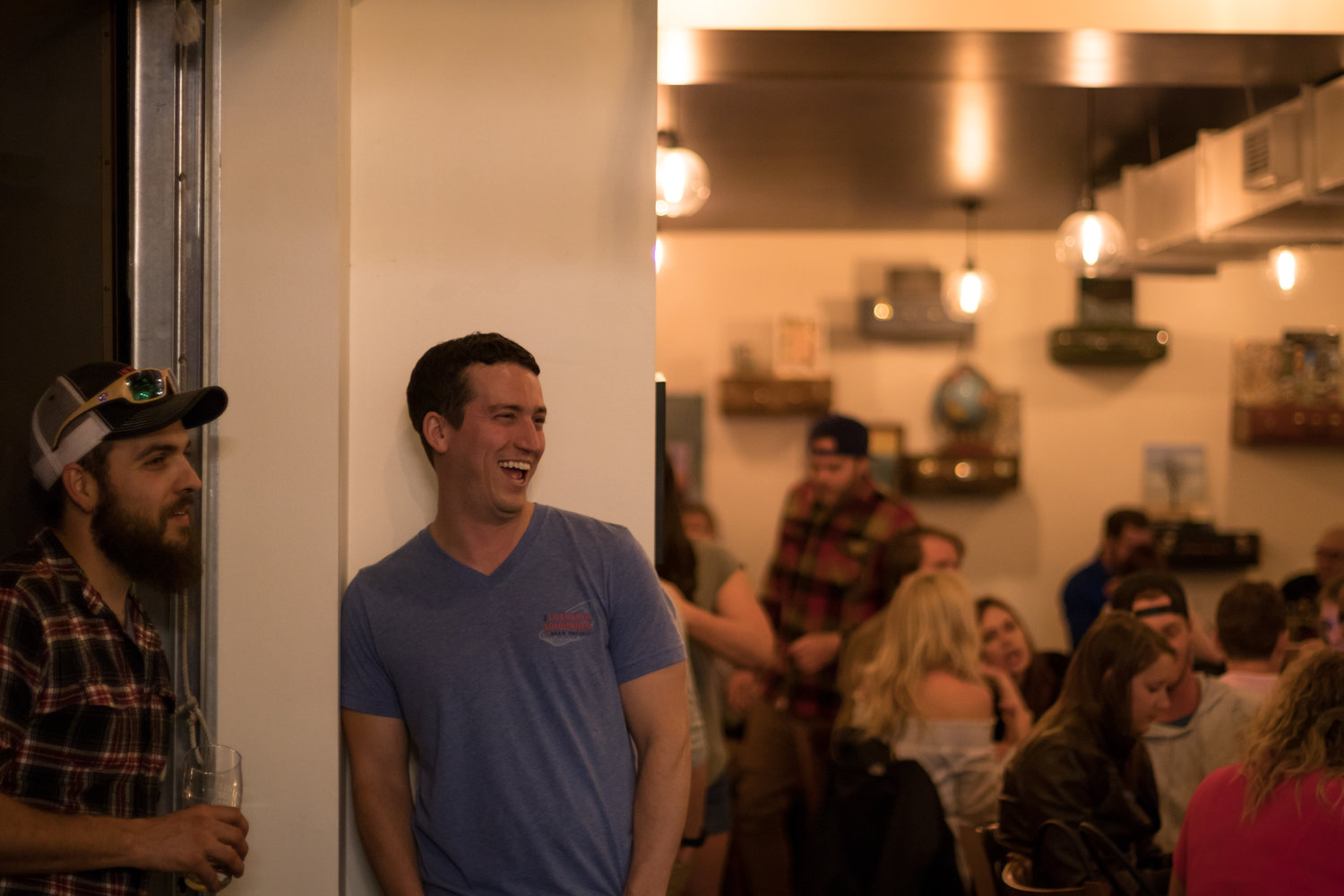