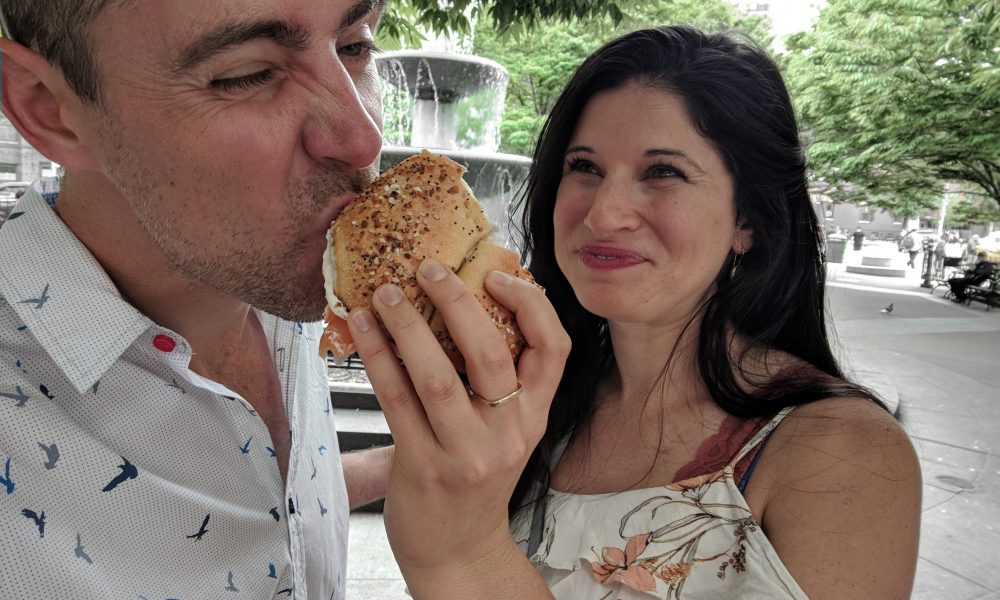 Today we’d like to introduce you to Bridget Bagel and Jim Abraham.

Bridget and Jim met in the summer of 2017, as members of a Burning Man camp using liquid nitrogen to create from-scratch ice cream, and serving it to thousands of parched revelers in the midday heat of the Nevada desert. There was an immediate connection, and soon after they were traversing between Colorado and Massachusetts, where Bridget was getting her masters in gastronomy at Boston University.

As a food fanatic, Bridget was immediately horrified by Jim’s bachelor eating habits, which on a typical night might consist of just pickles on toast, with a side of store-bought hummus. During her visits to Denver, Bridget began cooking freezer-friendly meals and stocking up Jim’s freezer so they could have video dinner dates even while thousands of miles apart.

Jim, who was previously managing a team which designed surgical implants for orthopedic surgery, quit his job to move to Boston and soon after Bridget’s graduation, they embarked on a four-continent trip around the world where they sampled and learned cuisines which would eventually become part of their expansive globally-inspired menu.

Upon their return to the states, the pair packed up the car and headed west back to Denver. After nearly nine months of planning, spreadsheets, recipe development and market research that consisted of them riding separate chairlifts and peppering unsuspecting seatmates with questions, Postcard Foods was born. A 7×12’ trailer designed to resemble a vintage postcard parked right off exit 234 off I-70 West, the outpost offers soups, salads, bowls, pressed burritos and panini as well as frozen prepared takeaway meals like the ones Bridget used to cook for Jim.

We’re always bombarded by how great it is to pursue your passion, etc – but we’ve spoken with enough people to know that it’s not always easy. Overall, would you say things have been easy for you?
“Designing our trailer was a monumental engineering challenge,” says Jim. “There’s a reason why no one has ever built a glass-door merchandising freezer into the side of an outdoor trailer before, and we essentially had to relearn high school physics in order to figure out how to load several panini presses into a trailer without relying on a diesel-powered generator, but we got it done.”

“We also had to redesign every one one of our meal recipes to accommodate our plant-compostable fiber packaging,” adds Bridget. “We knew that avoiding the use of ocean-cluttering plastics and carbon-heavy aluminum was something in which we believed strongly, so we went looking for alternatives. Plant-fiber compostable packaging breathes more than metal or plastic which forced us to really rethink how we prepared our meals, but the ultimate result was so rewarding! Because we decided to go with fully compostable trays, our customers now have the option of either cooking in the microwave OR the oven. AND, there’s no cleaning of any dishes when you finish your meal. It costs more and takes more care to prepare on our side, but the end result is such a better experience for our diners!”

The couple also says that the idea of frozen was a scary one to present to the market. “For years, people have associated frozen dinners with Salisbury Steak TV dinners, but the reality is that when you use simple ingredients and put them together with care, the benefits of frozen far outweigh those of preservative-laced meals that currently dominate shelves,” says Bridget. The couple likens the adoption of frozen to that of canned craft beer. Cans are better environmentally, make for easier storage and transportation, and create a better product by protecting its contents from light, but historically the market associated them with American macro-lagers. Once customers were educated about its positives, cans quickly overtook bottles as the preferred means of packaging. Jim adds, “in the same way, once customers realize that frozen prepared meals dramatically reduce food waste, are available for any dietary preference, and can be prepared more quickly than even a run out for fast food, the market is going to shift.”

We’d love to hear more about your business.
While Postcard Foods’ hot and ready options are receiving outstanding reviews, what really differentiates them is their frozen takeaway meals. “The mountains aren’t always the best place to source healthy, convenient and flavorful meals,” says Jim. “The average wait on a Saturday night in Breckenridge for a family of four is 97 minutes, and we’ve been quoted as high as two hours and forty-five minutes.! Typically what you’re finding in these remote areas are pub food and pizza, and rarely does one come across a menu that suits dietary preference and food allergies. The resorts control every aspect of the experience once you’re out in the wild, and have little incentive to improve.” Bridget and I make sure that both our hot-and-ready, as well as our frozen prepared meal menu, has at least one vegan, one gluten-friendly, one kid-friendly, and one unapologetically meaty option so that we accommodate everyone’s tastes.”

And with the average family of four spending upwards of $160 to feed a family of four with even the most basic options, Postcard Food’s 2-3 serving meals priced at $19 allow families to eat a very reasonably priced, wholesome meal, without even having to leave the comfort of their AirBNB’s fireplace or dining table. Jim adds, “and this winter we’re pouring a free 16oz Corvus Roasters coffee with every meal!”

What were you like growing up?
Jim was born with an insatiable curiosity. Having begun his education at Johns Hopkins University as an engineering major and finishing with a degree in Neuroscience, he loves to problem solve and would say geography and design are two of his greatest passions. In Jim’s other business (AbrahamArtistry.com), he creates topographic maps out of metal. It was really important for the pair to marry their passions for food, retro design and geography into Postcard Foods’ trailer design as well as naming dishes after the places they are inspired by.

Jim explains, “Tehuacán, Mexico is the population center of a valley in Mexico sharing the same, where maize was first cultivated. We decided to give the name to our Three Sisters dish, named for the ancient agricultural practice of growing winter squash, corn, and beans alongside each other to naturally rotate the soil. We wanted to pay homage to places like this to share with our customers a bit about the food history behind our dishes.”

Bridget received her undergraduate degree in Anthropology from Wake Forest University and her graduate degree in Gastronomy from Boston University. A ski bum waitress for most of her twenties, her first love of studying people and cultures evolved into her true love of food and she has been driven by her fascination to better understand and connect people through food exploration for over a decade. She sees Postcard Foods as a catalyst to bring people together, to gather around the dinner table without distractions and with minimal effort, and really enjoy meals that have roots in faraway places without having to leave the comfort of home or a home away from home.

When she’s not in the kitchen or on the trailer, Bridget enjoys skiing, talking to strangers, and of course, eating. 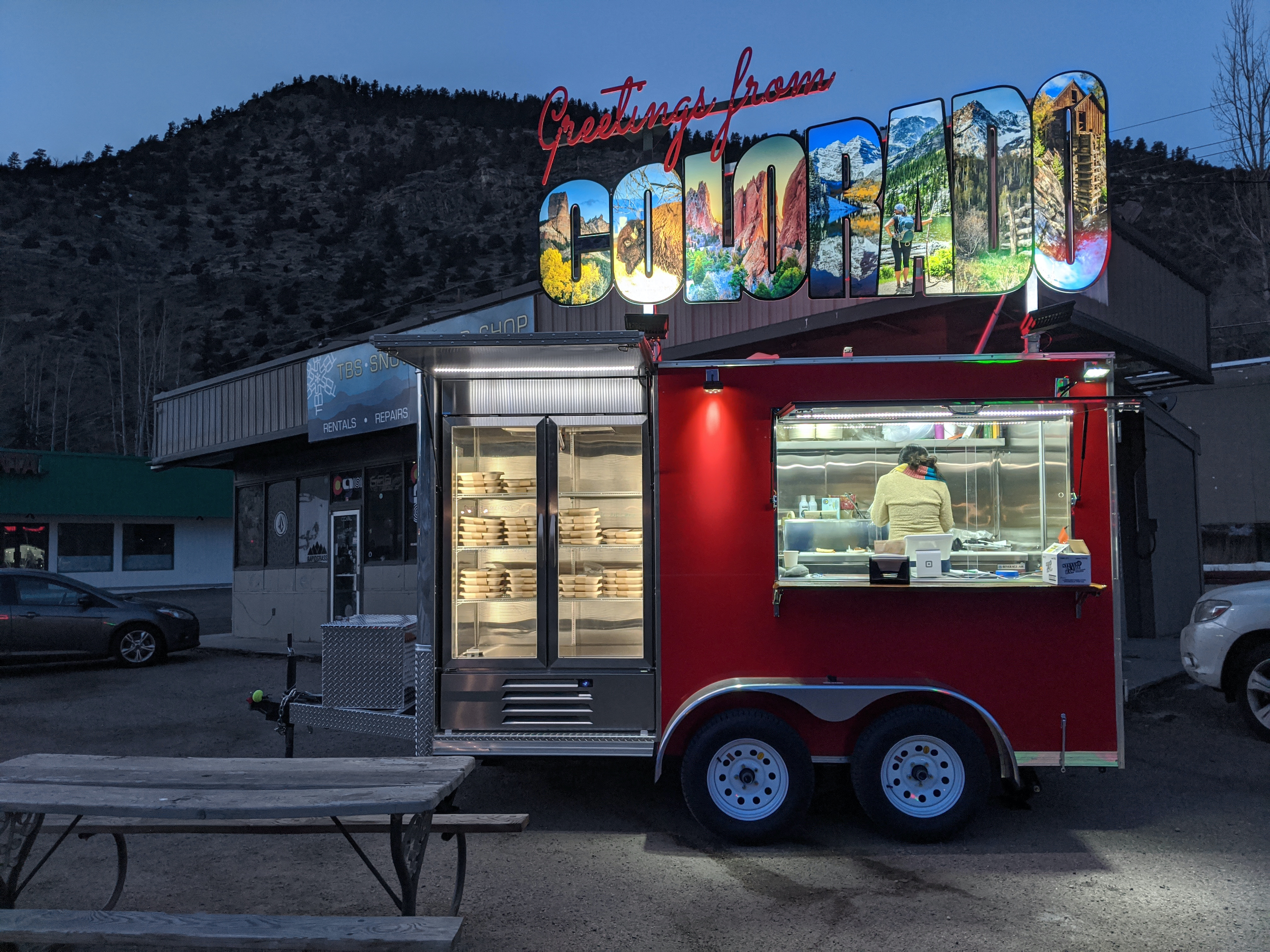 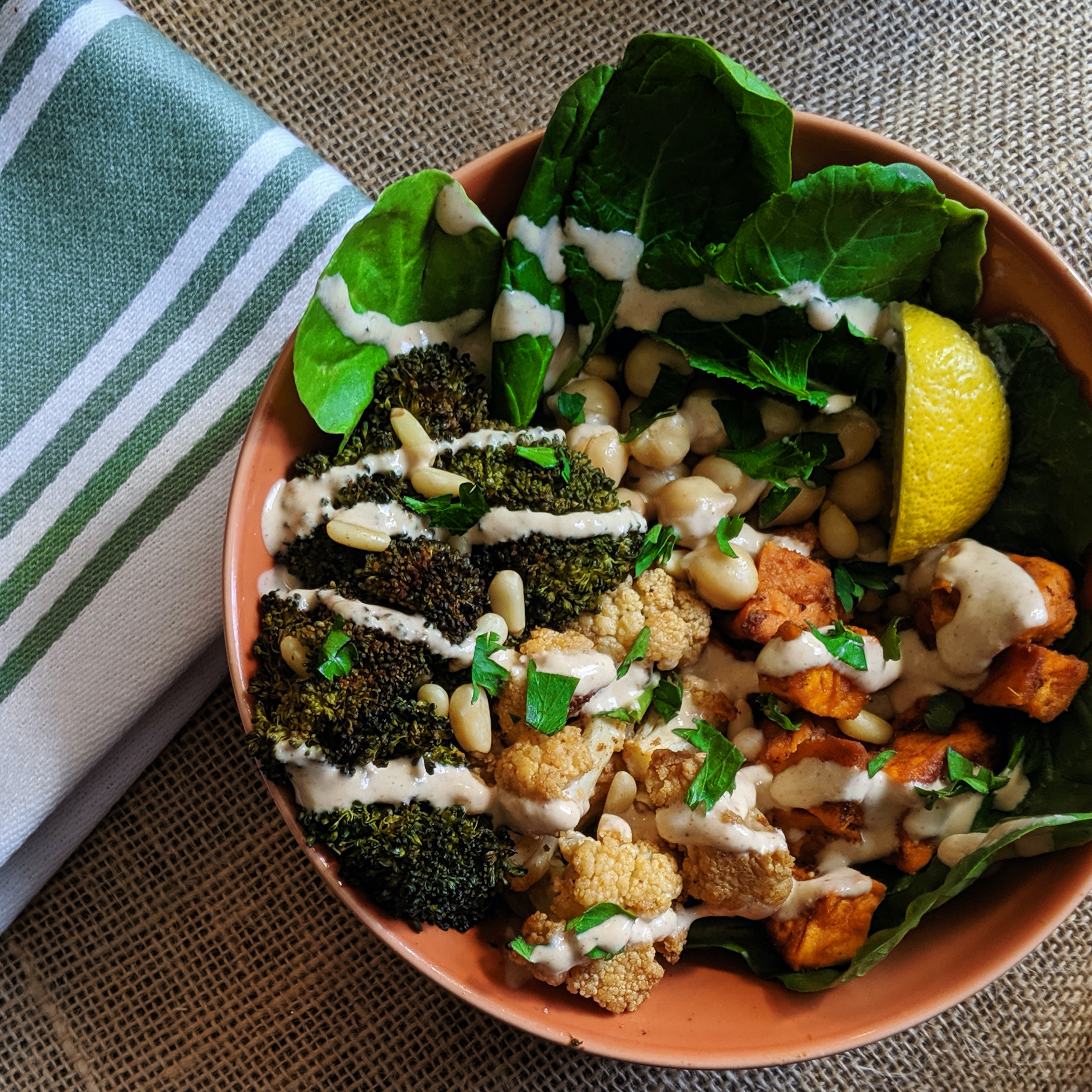 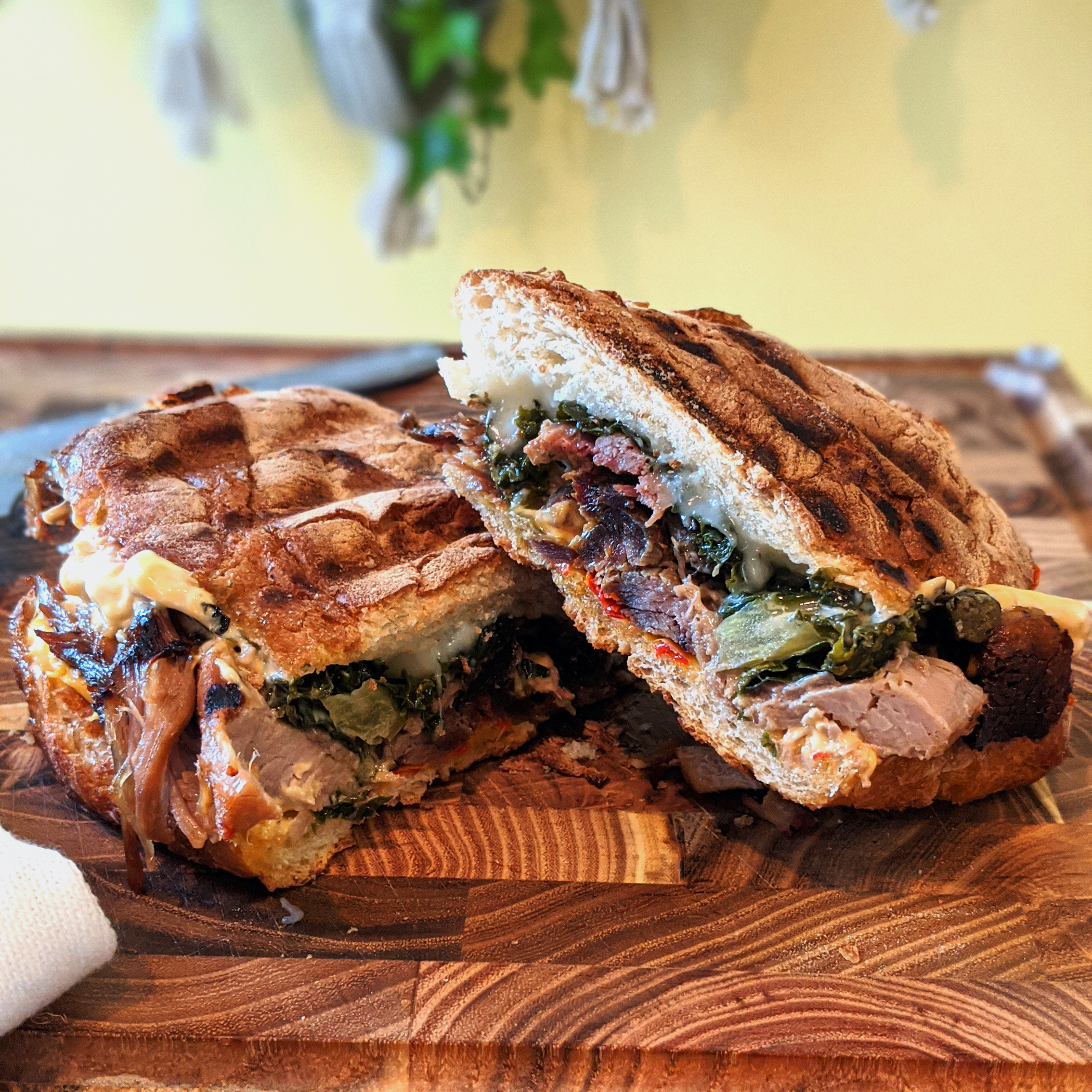 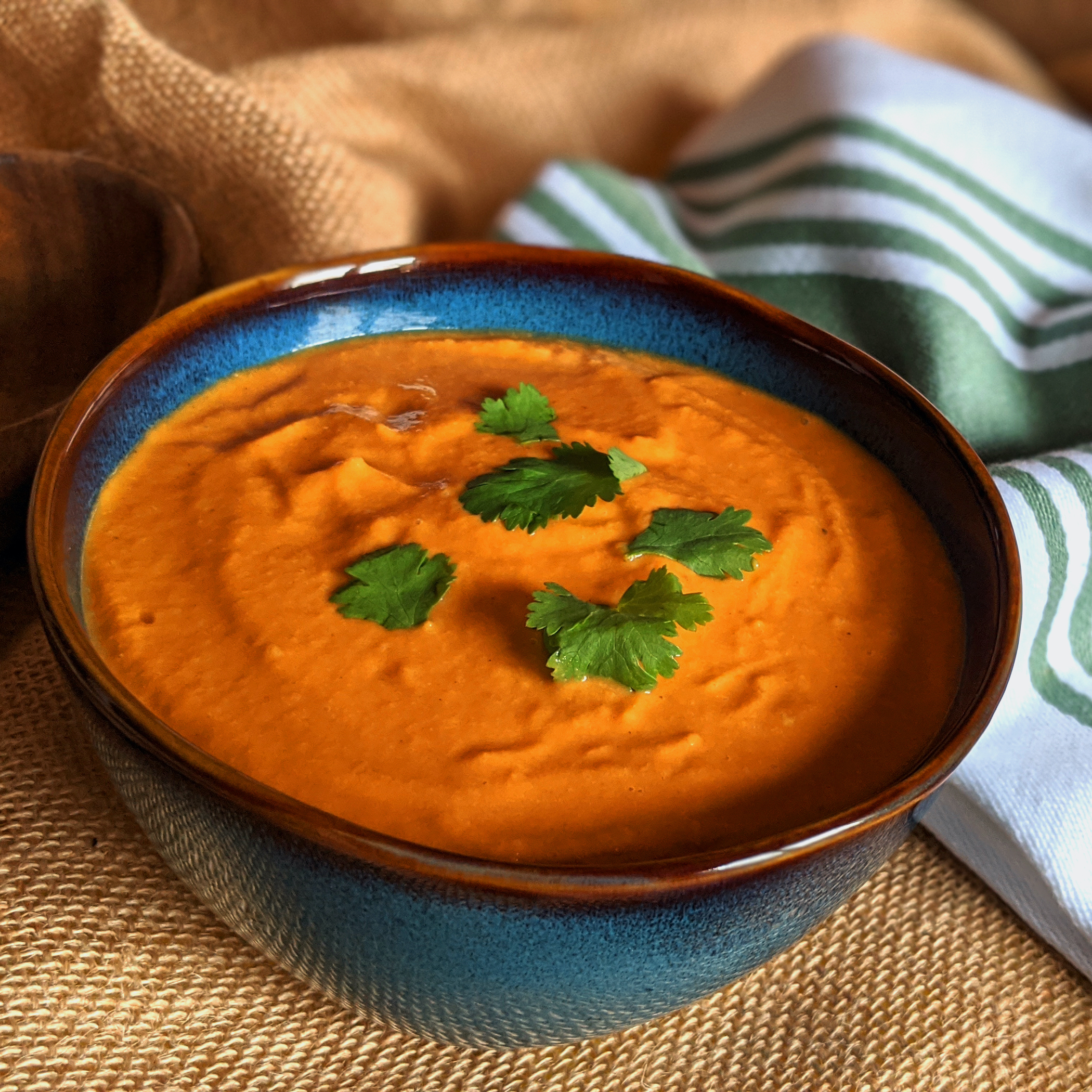 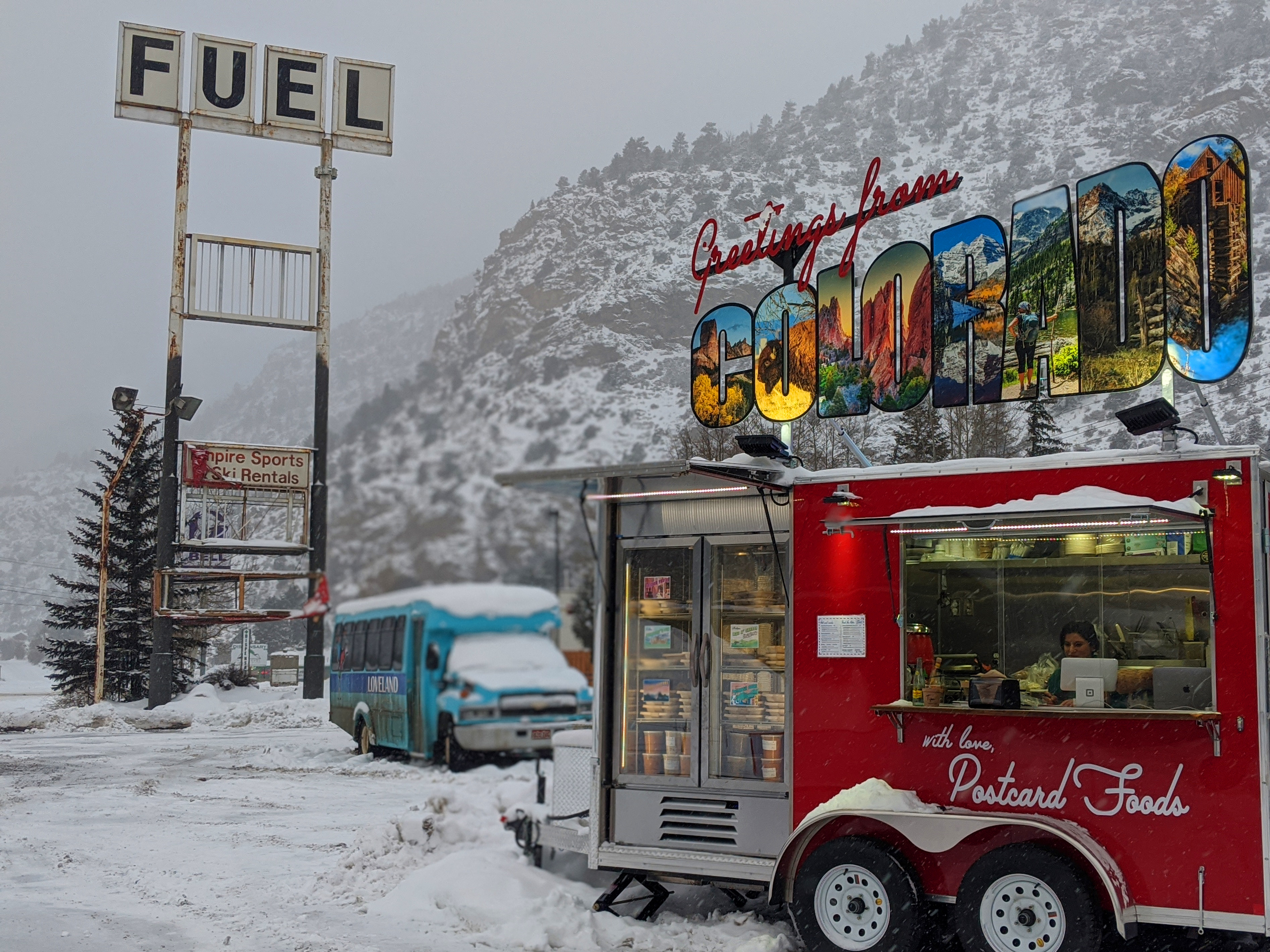 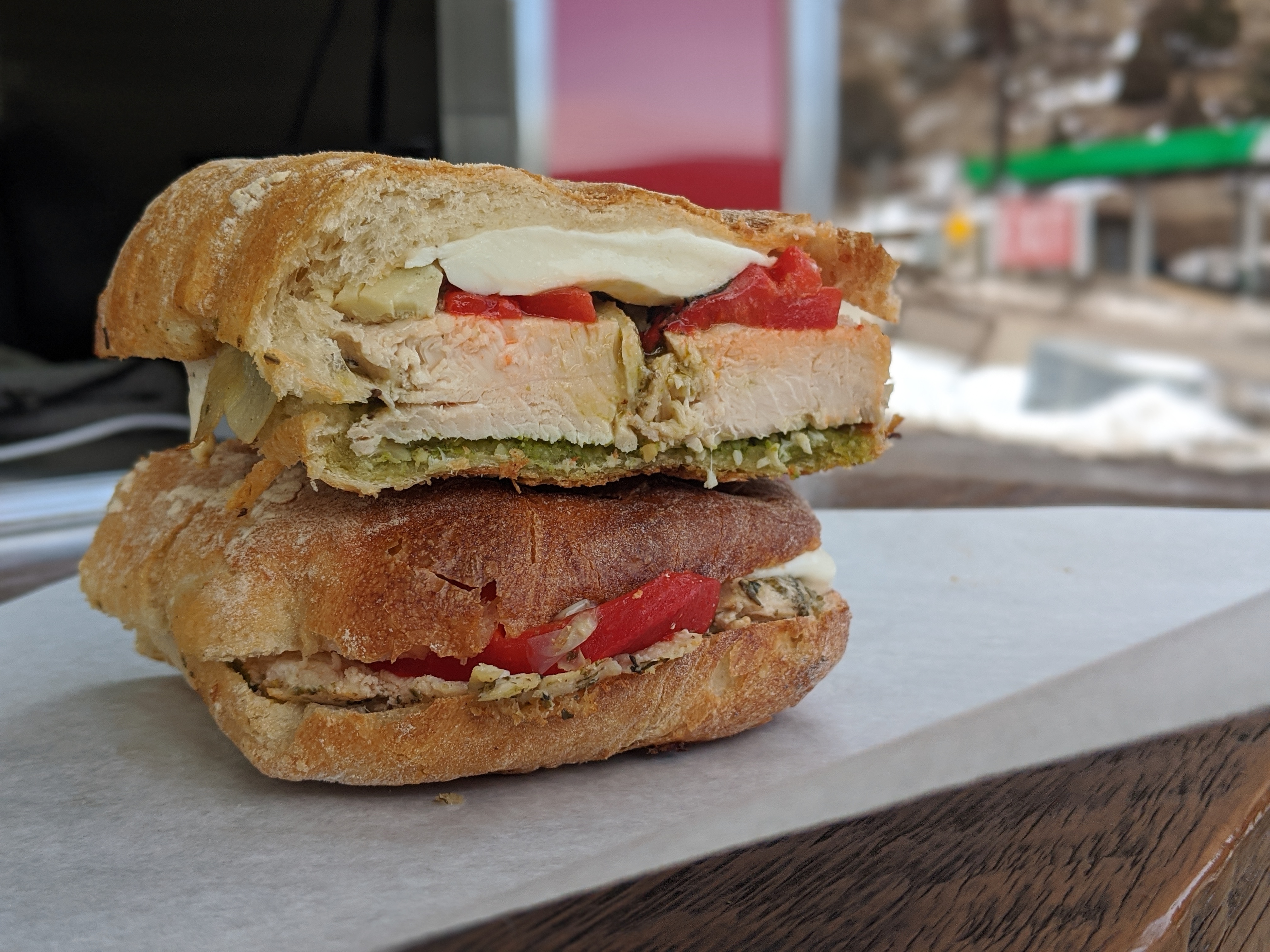 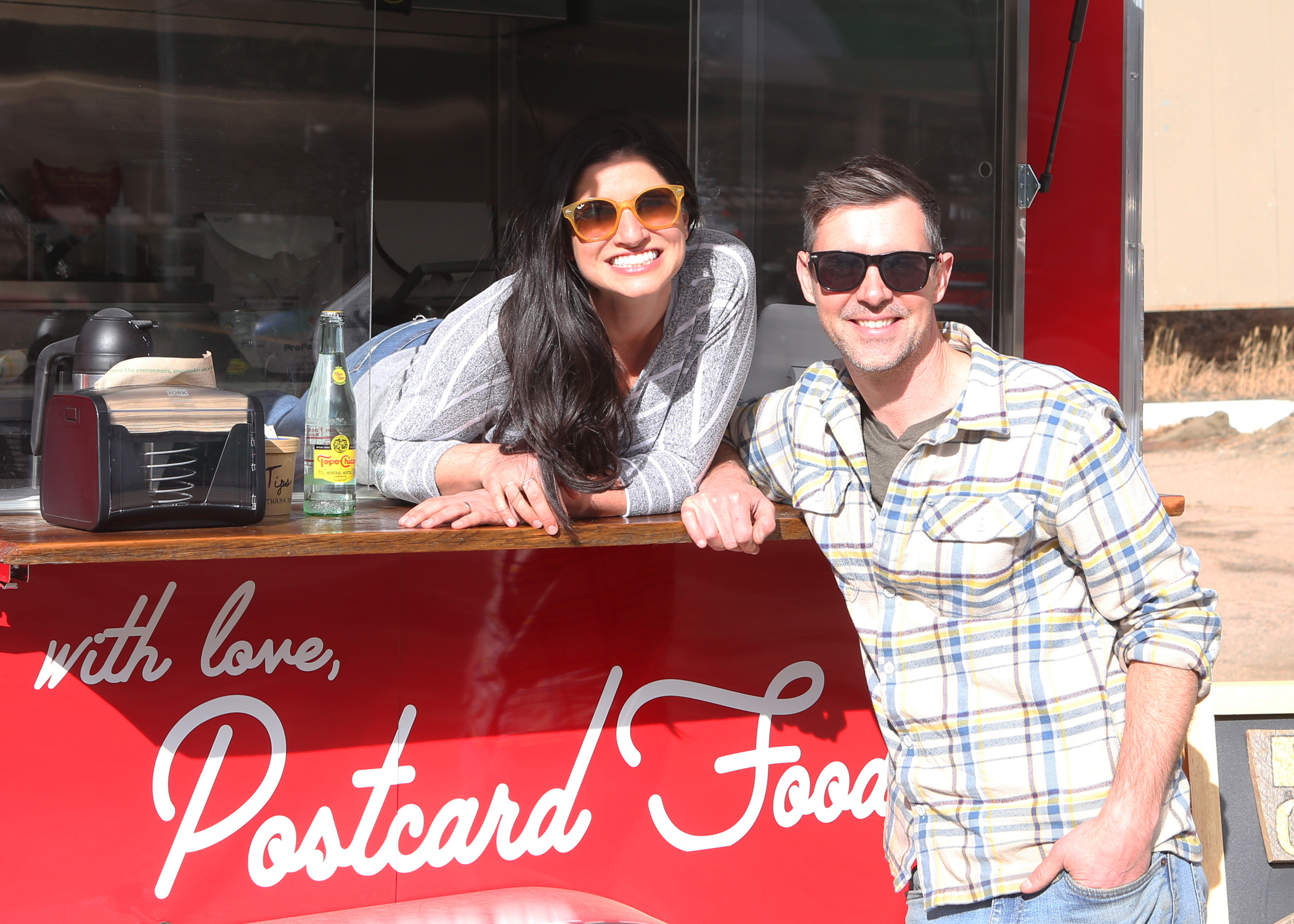 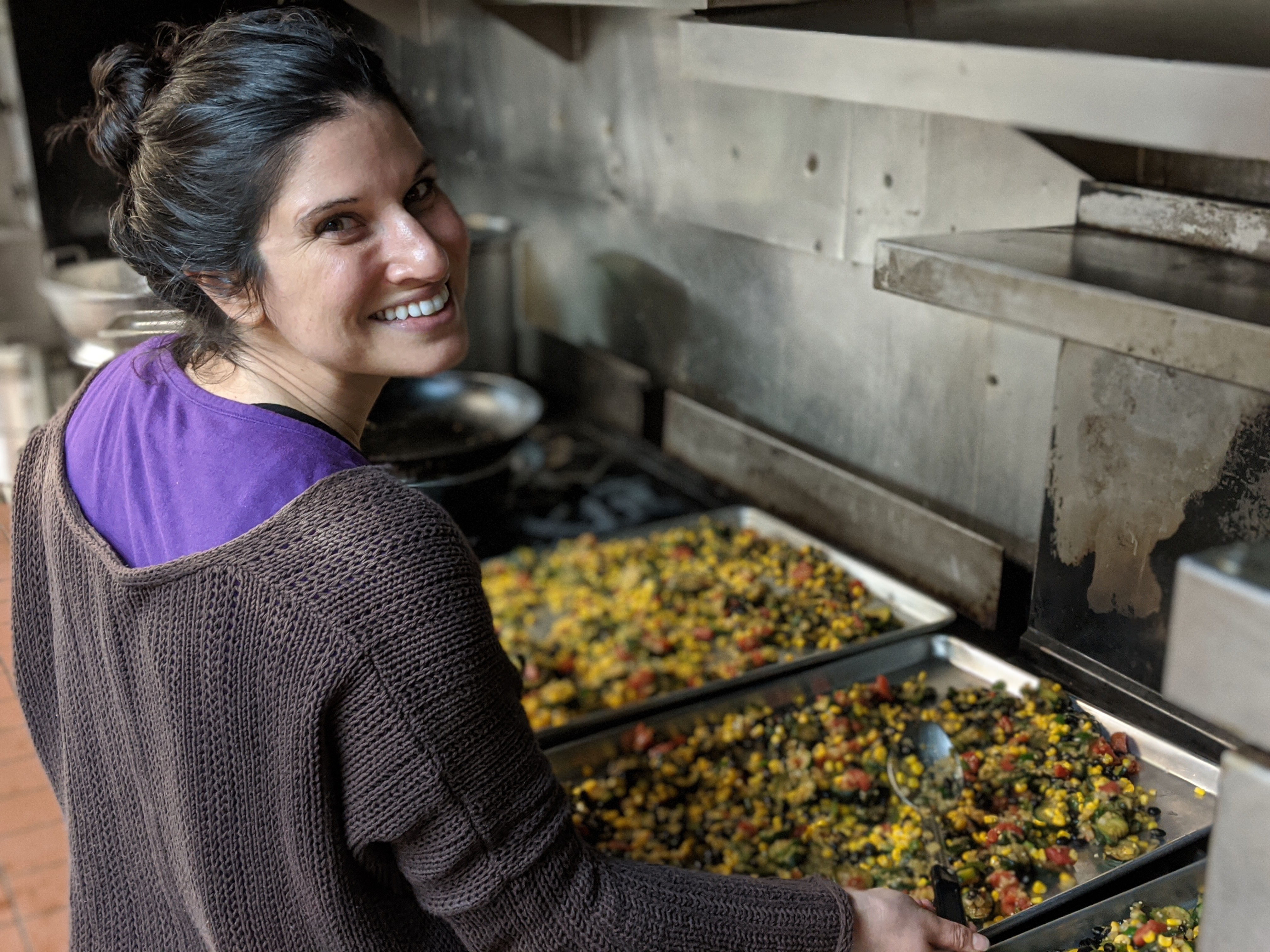