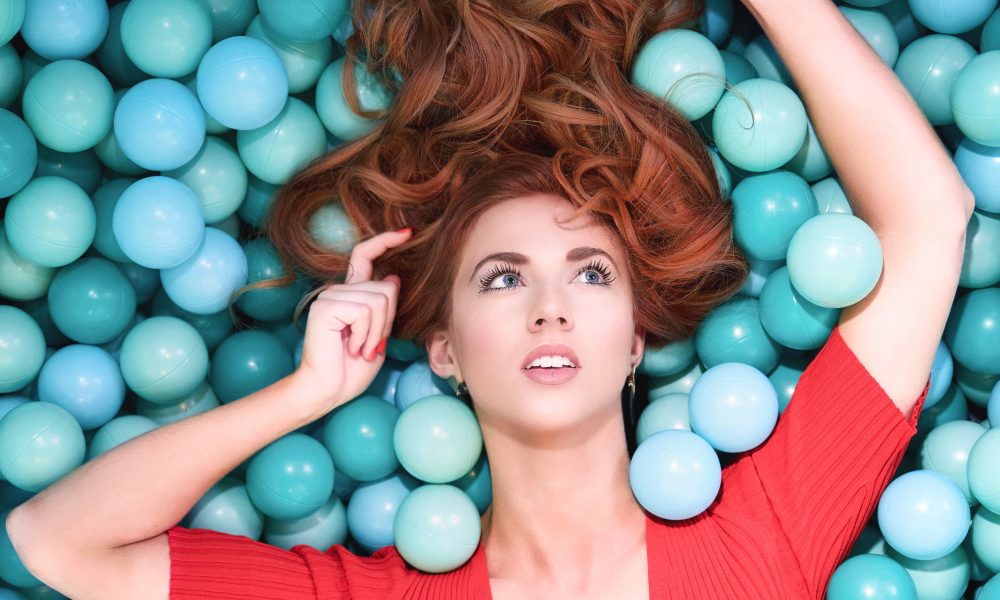 Today we’d like to introduce you to Caitlin Quisenberry.

Caitlin, let’s start with your story. We’d love to hear how you got started and how the journey has been so far.
I am a Colorado native (3rd generation)! I proudly represented my state as Miss Colorado’s Outstanding Teen in 2013 and was a finalist at Miss America’s Teen pageant. After graduating from Cherry Creek H.S., I went to Pepperdine University in Malibu, CA. where I graduated magna cum laude with a degree in Philosophy, a emphasis in Vocal Performance, and a certificate from Pepperdine’s Law School in Conflict Management and Dispute Resolution. I had planned to go to law school to become an entertainment attorney but decided to put that off to pursue my true passion, which is singing. Along with this, I am a SAG member/actress, most known for my role in “Blackish.” I also model for two agencies, nxtMODEL out of Denver and Alice Laura Models out of Dallas.

My history with singing ranges from singing in competitive traveling choirs to being in the recording studio on my own. When I was 14, I worked with Robert Cutarella, a Grammy Award-winning producer. He produced a four-song demo for me with all original songs. I also auditioned for American Idol when I was 15 and received a golden ticket. At that point, I was mainly singing pop music and a little country. I then decided to go to Pepperdine University to further my vocal studies. That was where my voice really grew, as I was classically trained and mainly sang opera. I also studied abroad in Lausanne, Switzerland, where I had weekly private voice lessons with a renouned local opera singer.

Pepperdine not only gave me my range but also allowed me to sing and perform every genera. I competed in the Prague Choral Festival, was a Songfest Host and was chosen to sing at Pepperdine’s Christian Bible Conference at their concert “Harbor Unplugged” (country/ bluegrass genera). This gave me the opportunity to sing solos with a full band based out of Nashville. That experience solidified my love for singing country music.

My big break came recently when I was contacted via Instagram by a music producer from Off the Row Recording Studio in Nashville, TN. They had found one of my singing videos I had posted, and asked me to come to their studio to record four original songs. Additionally, they wanted to feature me as their “2020 Breakout Artist” and help jumpstart my career. I now have my first single, “Blue,” that came out Feb. 7th. This was followed by my music video that was released Feb. 14th. The remaining three songs I recorded will be released over the next couple of months. As I do this, I am simultaneously writing new songs to record in Nashville and starting to perform locally here in Colorado with my band, “Look West.”

Overall, has it been relatively smooth? If not, what were some of the struggles along the way?
My road has been full of many achievements in my life, but they haven’t come easily. I have always worked very hard and have had many roadblocks along the way. Through this, I have overcome obstacles/challenges and have earned my thick skin. I began professionally acting out of LA at the age of 11. I always lived in Denver, so my mom would fly out with me for many auditions. Through the years, these auditions/bookings taught me the real meaning of perseverance. I learned that rejection is part of the journey and never an end. Meeting and reading about successful people on the entertainment industry, I quickly realized that those that keep going when they hear no are the ones who make it.

No, are the ones who make it. I believe my experiences in Hollywood have given me a huge advantage in my singing career. I’m comfortable performing, walking into a room full of executives, collaborating with others, and most importantly, knowing the type of artist I am and want to be known for. It has given me the confidence I need to move forward in an industry full of amazing talent. I can look back at times I was in tears and remembered how my younger self pulled through those situations. One example that stands out is when I was giving up my title as Miss Colorado’s Outstanding Teen. I was singing Andrea Bocelli’s “Con Te Partiro” at The Ellie Caulkins Theater. It was sold out with many of my friends and family in the audience. The sound technician started my music before I was out on the stage. I tried to start into the song, but I was off. I then had to signal to him to stop my music and restart it. I am a perfectionist, so this really flustered me. I began again, as as I was singing, I was so in my head that I forgot the words. I continued on as if nothing was wrong, but just completely made up all the Italian words. When I finished, my parents and others were on the side of the stage with flowers (which is customary when giving up one’s title).

On stage, I wanted to completely break down, or runoff, but I kept my smile going till I could get off. After, I had to go out and see everyone who had come. I broke down in tears and couldn’t control my emotions. My family was completely surprised at my reaction because since the song was in Italian, they didn’t know I made up the words. They all thought it was a great performance (thank God for my acting skills!) The next night I had to do another performance on that stage. My nerves were so high and I really didn’t want to perform. I sang “How Great Thou Art” and received a standing ovation. That experience solidified the motto, “get back on your horse.”

Can you give our readers some background on your music?
My business is my music. Being an independent artist, you have to think of your music and brand as being your company, and you have to think of yourself as the CEO, CFO, etc. of that company. It’s kind of like a one-man show, and right now, I’m figuring it out as I go. While I’ve been experiencing some big learning curves at the beginning, as the music industry can be a hard one to navigate, it’s also been really rewarding and fun when I learn something new. YouTube has actually been really helpful!

I believe what sets me apart from others is the compilation of many things: my vast experiences in acting and singing, my family always believing in me and supporting me, and lastly, my struggles with having dyslexia instilled a great work ethic in me. Throughout school, I was a straight-A student, but I nearly killed myself to do that. Daily, I made sacrifices in every way (personally and socially) for my GPA and I did this while missing school to go to LA for acting. I then attended Pepperdine University and graduated magna cum laude as I prepared for law school. Through my dyslexia, I have learned how to work in different ways to get things done.

It took me longer than my classmates to write a paper or study for a test. My perfectionism would always kick in and the cycle never ended… always rechecking or redoing things and never being happy with the finished product until I worked it to death. Now that I’m out of school, I have put this combination into my music. The difference is that I LOVE SINGING, so it never feels like work. I can rework a song over and over and thoroughly enjoy the process.

Any shoutouts? Who else deserves credit in this story – who has played a meaningful role?
My family deserves a lot of credit. They have been through every part of my journey, the ups and downs. Even when I said I wanted to go to law school, my parents told me to take this time while I’m young to pursue my music. Most parents just want their kids to get a job after graduating and not pursue a possible dream, but they believe whole heartily that I can have a great career as a recording artist. Speaking of jobs – I do have a job and work as a nanny 9 hours a day, Monday – Friday. So, it’s a bit of a balancing act between the nannying and my music. Other role models have been my amazing vocal instructors throughout my life, each giving me unique skills and style to my music. I started taking voice from my elementary school music teacher. She has become like a second mother to me and I still work with her occasionally.

At Pepperdine, I worked all four years with another vocal coach who really fine-tuned my voice in classical and opera genera. I then went to Lausanne, Switzerland and trained with a famous opera singer there. She spoke French and we had a little language barrier, but she was able to communicate with me through positioning my body in the proper form and through demonstration. The unique combination of my coaches gave me my technique, vocal range, and style. Recently, while recording in Nashville, I became friends with the co-producer at Off the Row Recording studio.

Along with producing, she is a singer/songwriter and photographer. She has become my new mentor, helping me navigate through the music business, as well as giving me tips on what to watch out for. I hang on to her every word, as her experience and advice have been so helpful. 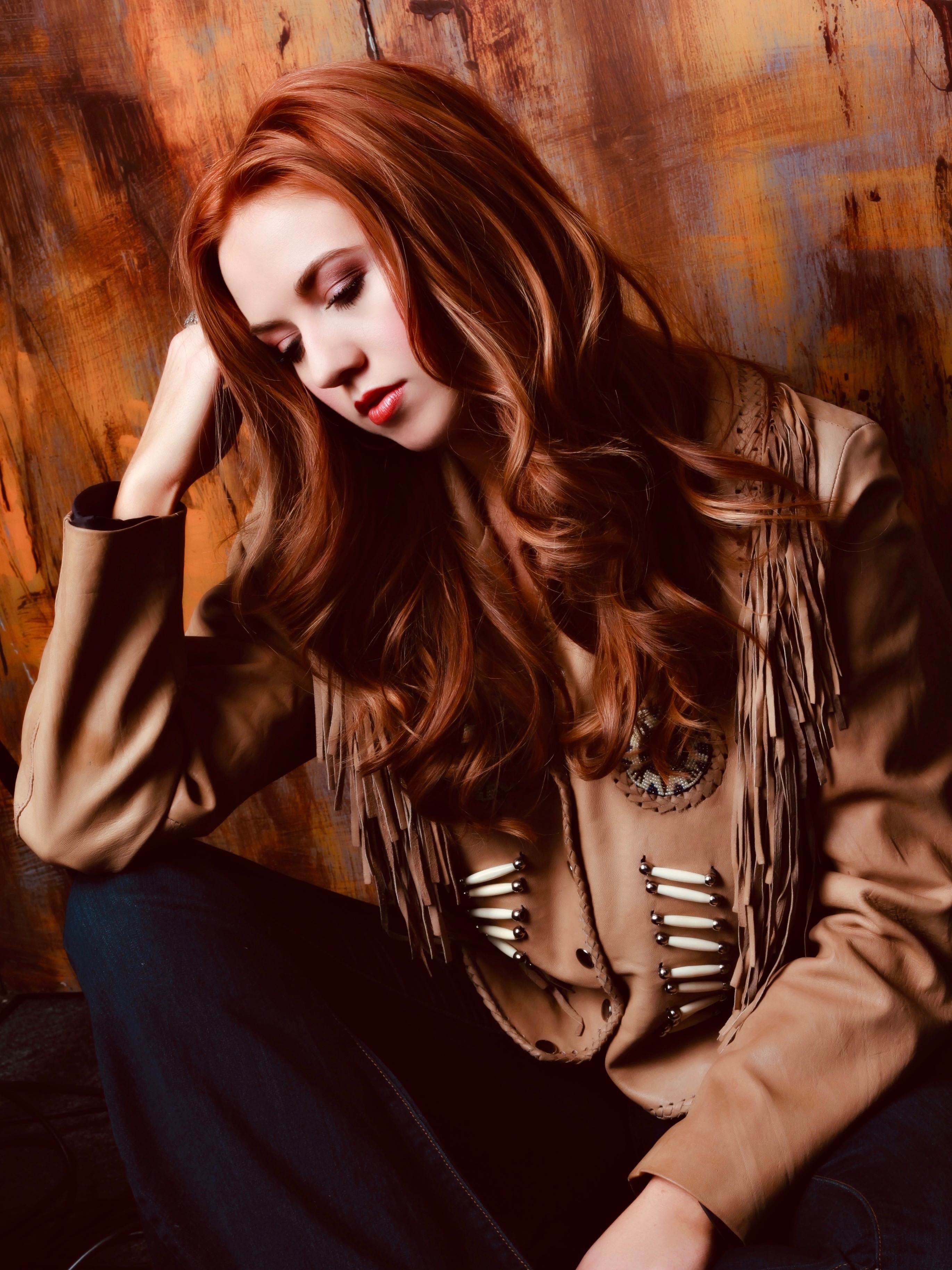 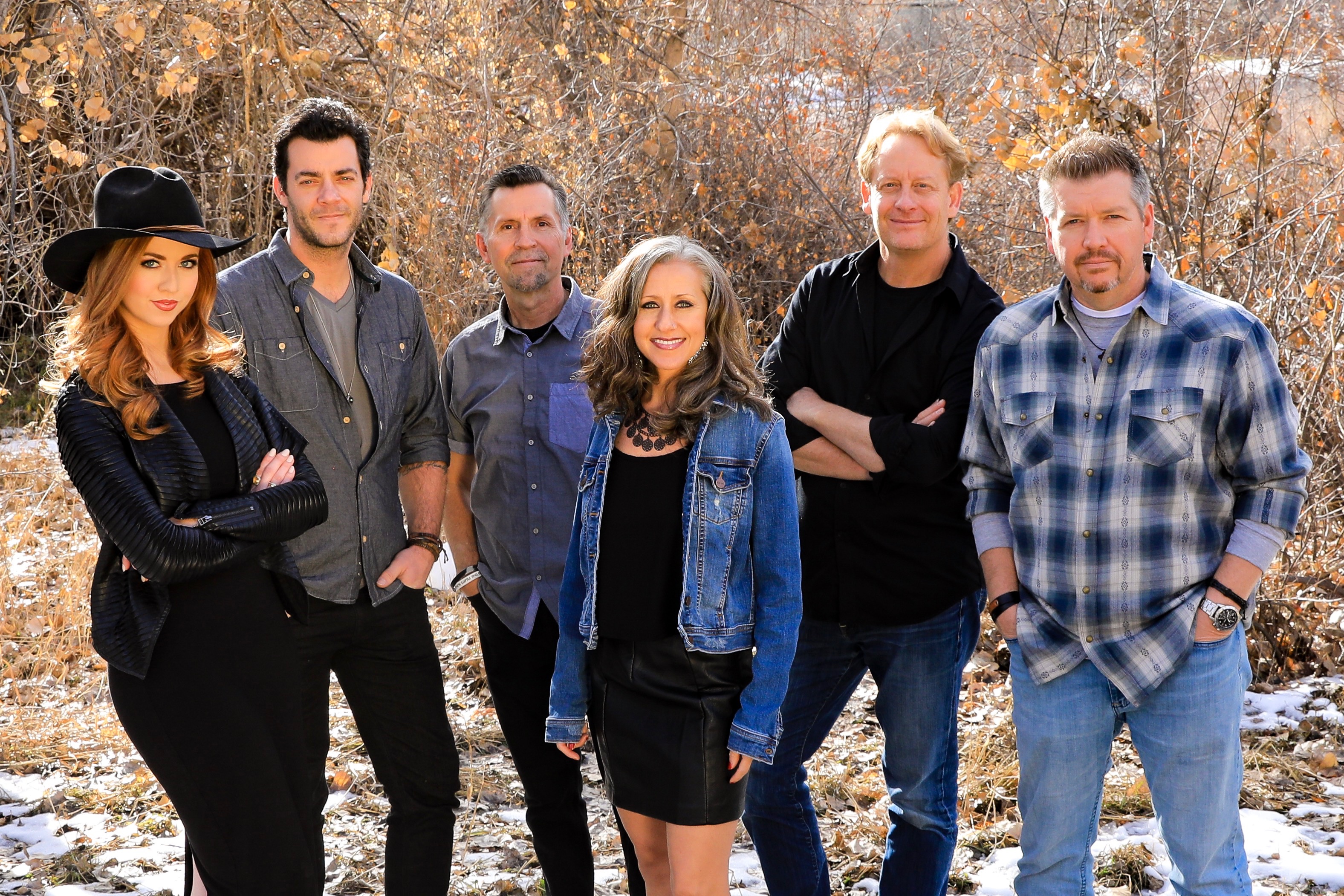 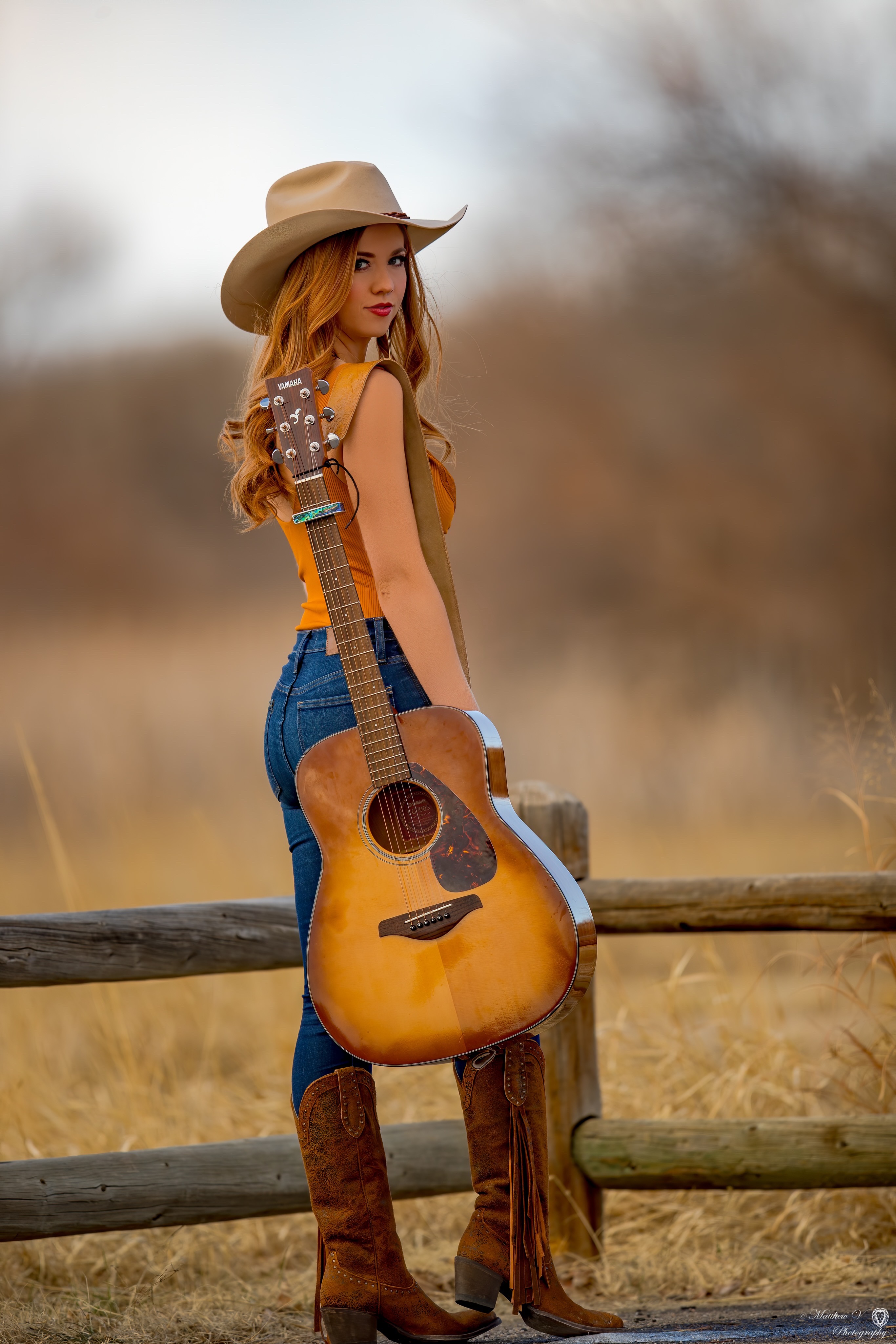 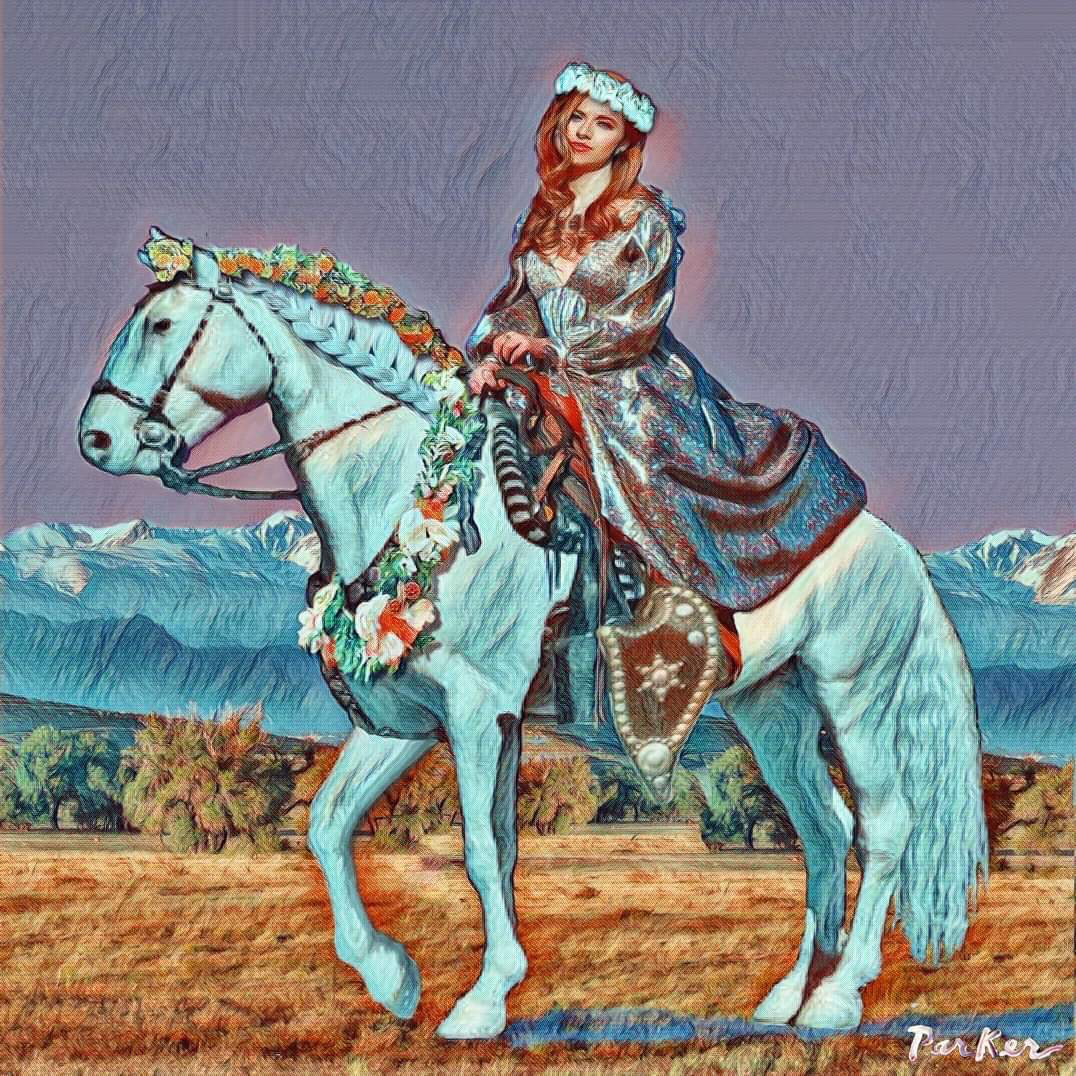