Today we’d like to introduce you to Chad and Carissa Miller.

Thanks for sharing your story with us Chad and Carissa. So, let’s start at the beginning and we can move on from there.
We (my wife, Carissa, and brother, Branden) started off as winemakers in the late ’90s. We knew we wanted an outlet for creativity and something we could build a community around. Winemaking quickly evolved into beer making after we discovered that our lineage was made up of brewers and distillers from the old country. My godfather, Pat Ruminer, was a well know home brewer who taught us the ropes and we immediately fell head over heels for the art and science of beer making. The idea of building a craft brewery and a community hub was born. The name Black Shirt Brewing Co was picked as the shirts we wore embodied the scrappy, counter-culture, go-against-the-grain spirit that drove us. We found an old warehouse in an industrial part of Denver in 2010 and got to work on building out our music, art, and beer temple. We were filmed for a year and a half while building our space out in a documentary called, “Crafting a Nation.” The last day of filming was our opening day of the brewery in 2012. We ran out of beer that day and found out that we would only be able to open once a week with the small system we were brewing on. Our fans put up with the wonky hours and a year and a half later, we were able to install a 15 barrel system that would allow us to open up for most of the week. We’ve changed our license to a brewpub and added a gourmet pizza kitchen, wine, cider, and craft cocktails in 2017 and are now open seven days a week starting at 11:00 a.m. We’ve augmented our beer menu since the early days with a wide array of styles, running the gamut from mixed culture farmhouse ales to red ales, pilsners, barrel-aged imperial stouts and everything in between. We have indoor and outdoor live music venue with shows nearly every week and host an artist residency with Sara Bowersock and her project, Point Blank Design. We’ve worked hard to make our house feel special for our community and are so grateful for our fans that have rooted us on from the start. The fact that we get to do this for a living is a dream come true.

We’re always bombarded by how great it is to pursue your passion, etc – but we’ve spoken with enough people to know that it’s not always easy. Overall, would you say things have been easy for you?
The road to building out our space and business was pretty bumpy. We performed most of the build-out ourselves which took a year and a half. We all had day jobs so the double or triple shifts we had to pull taxed our bodies, emotions, and personal relationships. We were told that we shouldn’t go into business with family, that it would stress the relationship to breaking points, and over the years we’ve realized how right they were. Nonetheless, we keep getting after it almost seven years later and are super proud of what we built. It’s the journey that excites us, and a smooth road with no curves sounds a little too boring for our blood anyhow.

We’d love to hear more about your business.
In the early days, we were known as the Red Ale specialists and were one of only a few breweries that offered our guests’ table service (our guests didn’t have to wait in line at the bar for a beer, we take and deliver their orders tableside). We still insist on offering our guests’ table service but our beer making has evolved to meet the ever-changing palettes of our guests. We now offer a wide array of beer styles, wine and cider offerings, a craft cocktail program, and a gourmet pizza kitchen where some of our ingredients are made from our beer and spent grains (including our pizza dough). We always wanted to build a place that felt differently than any other place out there. We wanted to create a hub for our community and be able to activate all of our guest’s senses. We live for the look on faces when our guests get a waft of one of our gourmet pizzas while listening to a live concert and checking out the amazing art that adorns our walls while sampling a flight of our handcrafted beers.

What were you like growing up?
Growing up, I was a loner who couldn’t figure out whether I wanted to be a skater, a nerd, or an outdoorsman. I would ride my skateboard with my crew of misfits, then I’d disband and go study encyclopedias until the wee hours of the morning. I’d wake up and head out to go fishing or hiking before school everyday. I loved figuring out strategies in baseball while exploring the sounds of Pink Floyd, The Beastie Boys, and Johnny Cash. I started multiple businesses as a teenager and was the valedictorian of my high school class. I discovered my entrepreneurial spirit through the teachings of my grandmother, Evie, and finally felt comfortable with my identity when I met the love of my life, Carissa. I’m now very comfortable as nerdy loner who loves to hunt and fish and once in a while, hop on my son’s skateboard. 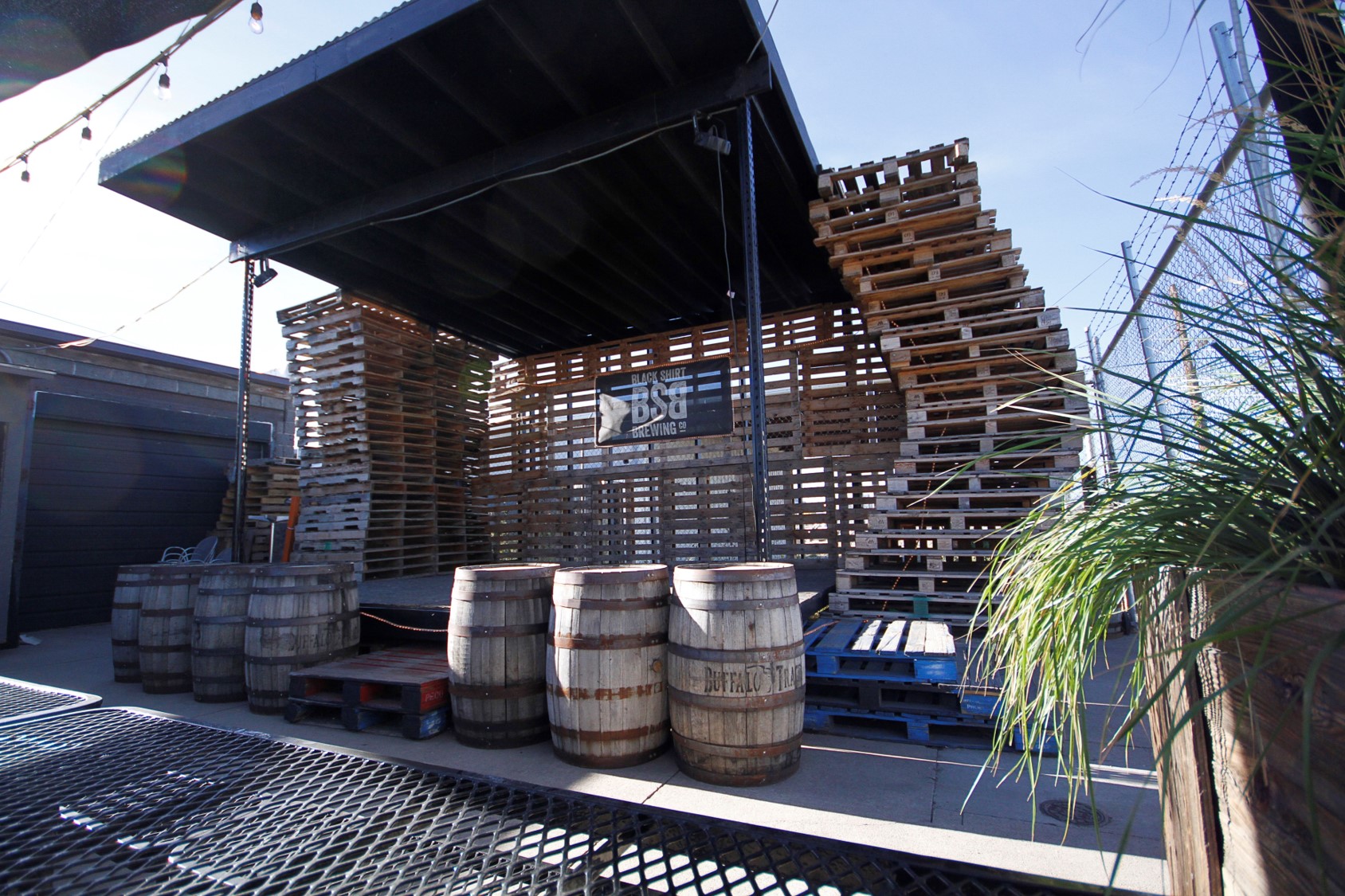