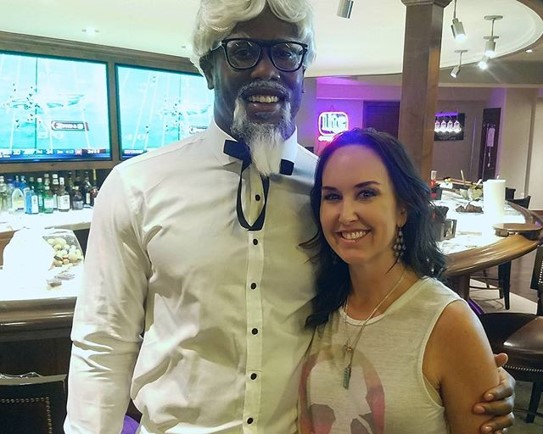 Today we’d like to introduce you to Cory Bryant. She and her team share her story with us below.

Please kick things off for us with some background on Cory’s story.
An award-winning professional Makeup Artist based in Denver Colorado, Cory Taylor Bryant has been a member of IATSE since 2014 and has over 20 yrs. experience. She has trained with several of the industry’s top award-winning makeup artists including Ve Neill, Eryn Krueger Mekash, Neill Gorton, and Todd Debreceni. Working in television, film, music video, commercial, live stage events, print/editorial, celebrities, politicians, professional athletes, and music artists, she is well-versed in a wide variety of productions. Specializing in Beauty Makeup, Male Grooming, Special Makeup Effects, Character Makeup, Practical Makeup Effects, and Hairstyling, Cory is an artist who is diversified and able to handle any situation and production need. Her goals are to bring perfectionism, professionalism, and passion to all projects large or small and create an atmosphere of confidence, continuity, and efficiency. Always striving to create a feeling of trust and confidence in her input and skills as a makeup artist from the beginning of pre-production and makeup design through production and post, her greatest strength is that she is able to read each person’s needs and cater her interaction according to what best serves them. This enables her to create a bond of comfort and trust, producing a stress-free environment in which the client is completely confident with her work and contribution to the project.

Having worked on the winning election commercial campaigns for Wyoming Senator John Barrasso, and new Wyoming Governor Mark Gordon, Cory was asked by the first family to come back in 2019 to do the hair and makeup for the governor’s family for the inauguration ball.

Cory has been working with Von Miller as his special makeup effects artist since 2014. She and her team were responsible for executing and designing some of his most well-known Halloween and disguise makeup looks from Dr. Evil, Extra Extra Crispy Colonel Sanders, Benjamin the Waiter, and Fat Old Basketball Referee for his show Von Miller Studio58. She has also worked with some of Colorado’s most respected and gifted professional athletes, including Lindsay Vonn, Mikaela Shiffrin, Brandon Marshall, Kayvon Webster (viral Tupac makeup for Broncos Halloween Party), and Peyton Manning.

Cory, has it been a relatively smooth road? If not, what were some of the struggles along the way?
I started my company Feb 12th of 2012 after a 15-year career in Corporate America working with IBM, Autotrader.com, and Hibu. I was miserable doing what I was doing and unfulfilled. I had also just gone through the last of six spinal fusions stemming from a genetic condition, degenerative disk disease and in the death rattle of an unhappy marriage. When I saw Robin Matthews win her Oscar for Best Makeup on Dallas Buyers Club, it changed everything. Right then, I knew I had to change everything and live for what fueled my life. I quit my corporate job and started my company that week and never looked back. My husband and family initially thought I had lost my mind and were very unsupportive. I knew that it was what I was supposed to be doing with my life and if I took the first step off that cliff, the net would appear. I booked the first job that week on a 22-episode national live show for Free Speech TV called Occupy the Media. Over the last seven years, I have had as many epic failures and struggles as huge wins and successes. I believe in failing up. With the film tax incentives being all over the place from non-existent to ineffective, maintaining a successful production career in Colorado is a struggle. I have been fortunate to be able to supplement my work and income with corporate, editorial, commercial, television, broadcast, and live event work.

Please tell us more about Cory’s career so far.
She is a professional Award-Winning Freelance Makeup Artist and Special Makeup Effects Artist and a member of the IATSE Local 7 since 2014 with over 20 years of industry experience. She is based in Denver, Colorado covering Colorado, Texas, New Mexico, Wyoming, Utah, and California. She works as a local in Denver, Dallas, Los Angeles, Cheyenne, and ABQ/Santa Fe, specializing in makeup, male grooming, SFX makeup, character makeup, makeup design, trauma/injury makeup, prosthetics application, and detailing, aging makeup, period makeup, and hairstyling. Cory works exclusively in production film, television, video, music videos, commercial, digital/web series, fashion, print/editorial, corporate, stage and live event/public speaking. As an experienced Department Head and Key, focused and involved from the beginning of pre-production, budgeting, and development of characters, throughout principal photography to pick-ups, and re-shoots.

Cory is an artist who is diversified and able to handle any situation and production need. Her goals are to bring perfectionism, professionalism, and passion to all projects large or small, and create an atmosphere of confidence, continuity, and efficiency. Always striving to create a feeling of trust and confidence in her input and skills as a makeup artist from the beginning of pre-production and makeup design, through production and post, her greatest strength is that she can read each person’s needs and cater to her interaction according to what best serves them. This enables her to create a bond of comfort and trust, producing a stress-free experience in which they are completely confident with her work and contribution to the project.

With a background in business contracts and marketing, she is known for not only the ability to make talent and crew at ease and confident in their need, but also for her professionalism. She believes in being prepared, arriving early to every set, ready to go, and efficient and consistent in the execution of any production makeup department need.

What is “success” or “successful” for you?
Success is creating confidence and an excellent product on every job no matter the client. Every time I get a repeat client, a referral from a past client, or a positive 5-star review, I know I am a success and delivering the work I came here to do and can be proud of. 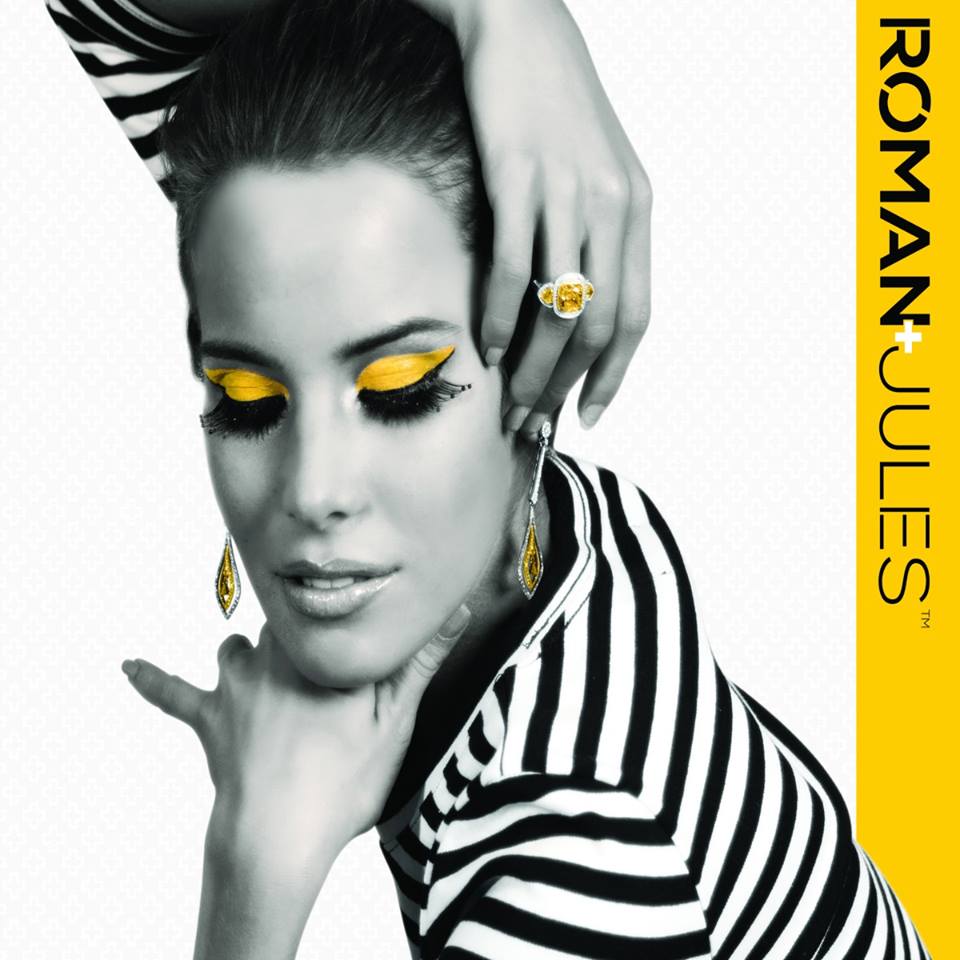 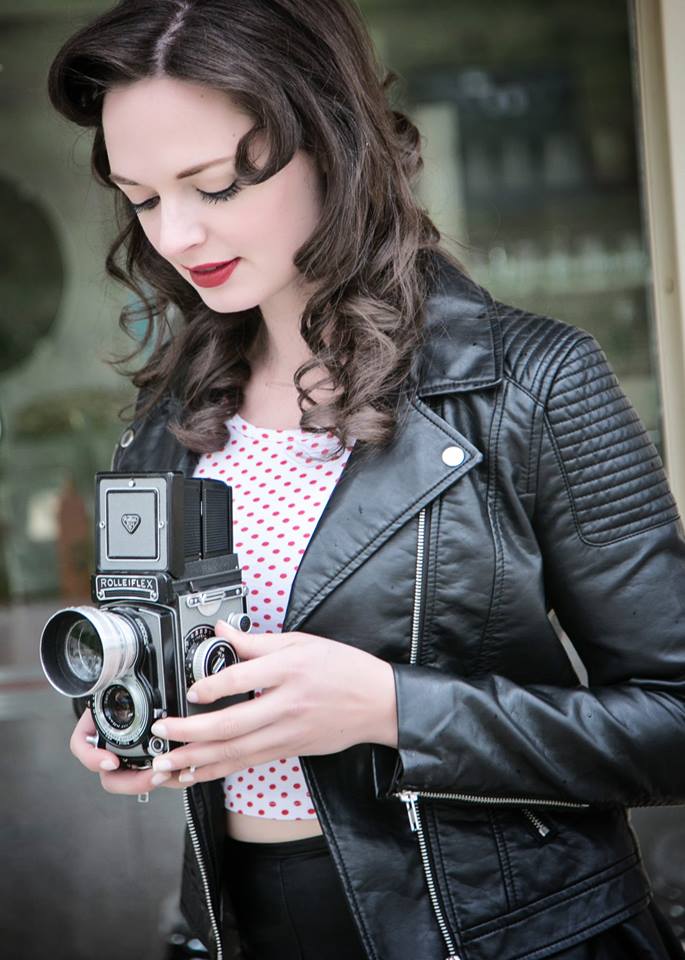 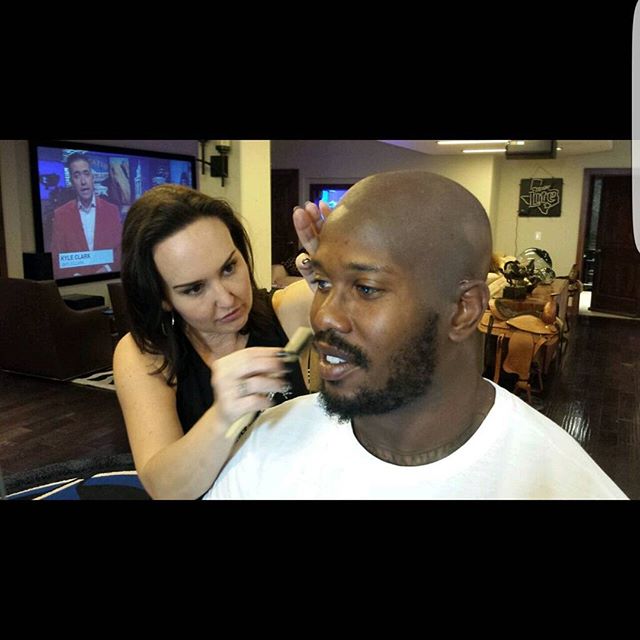 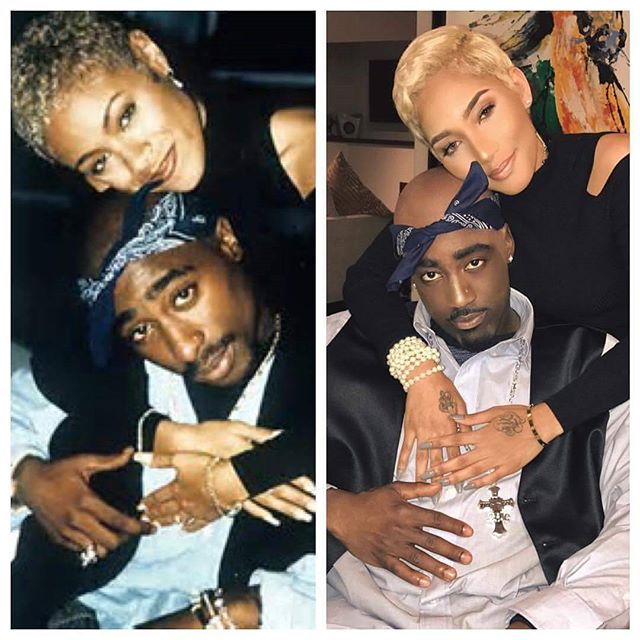 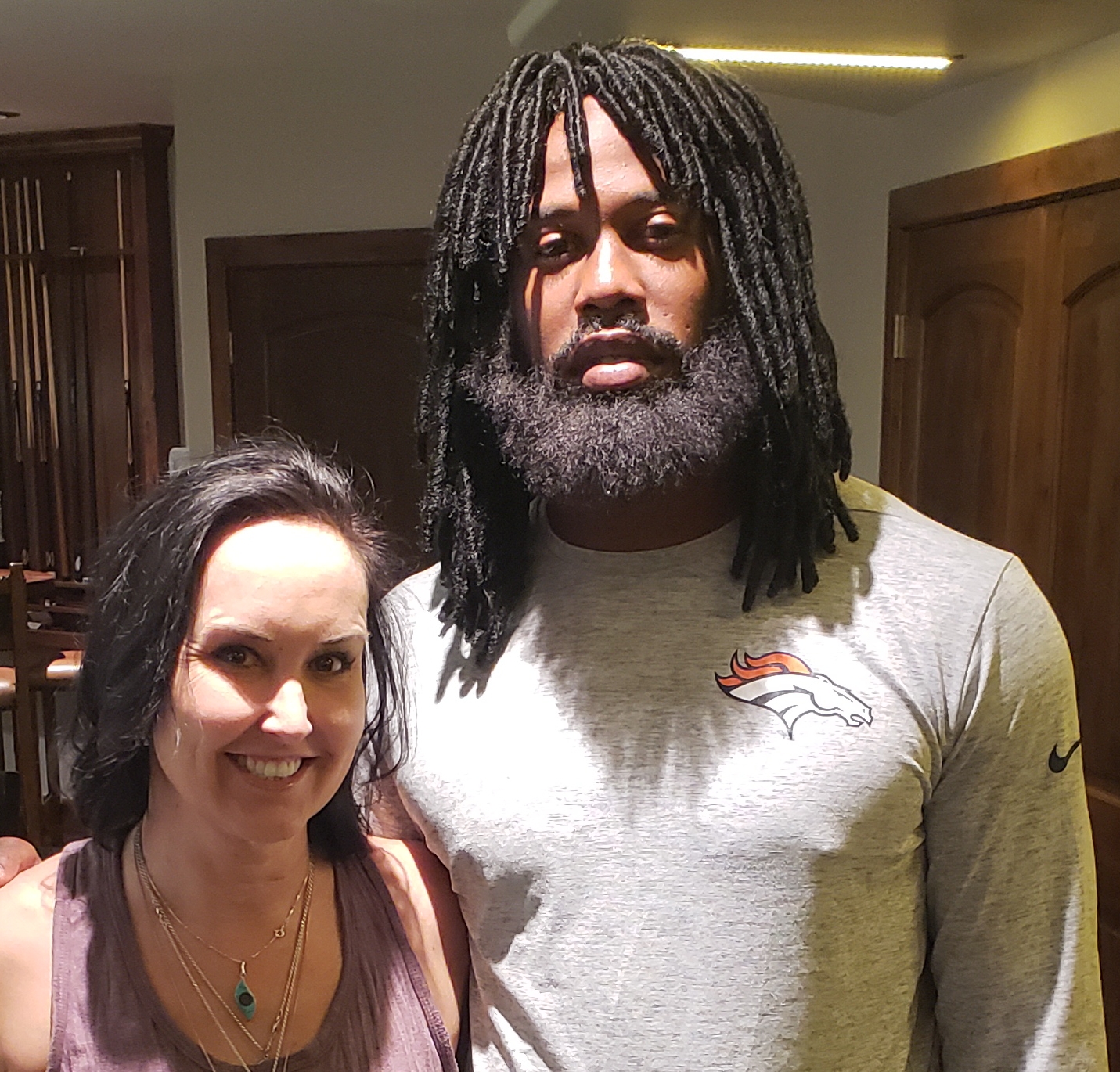 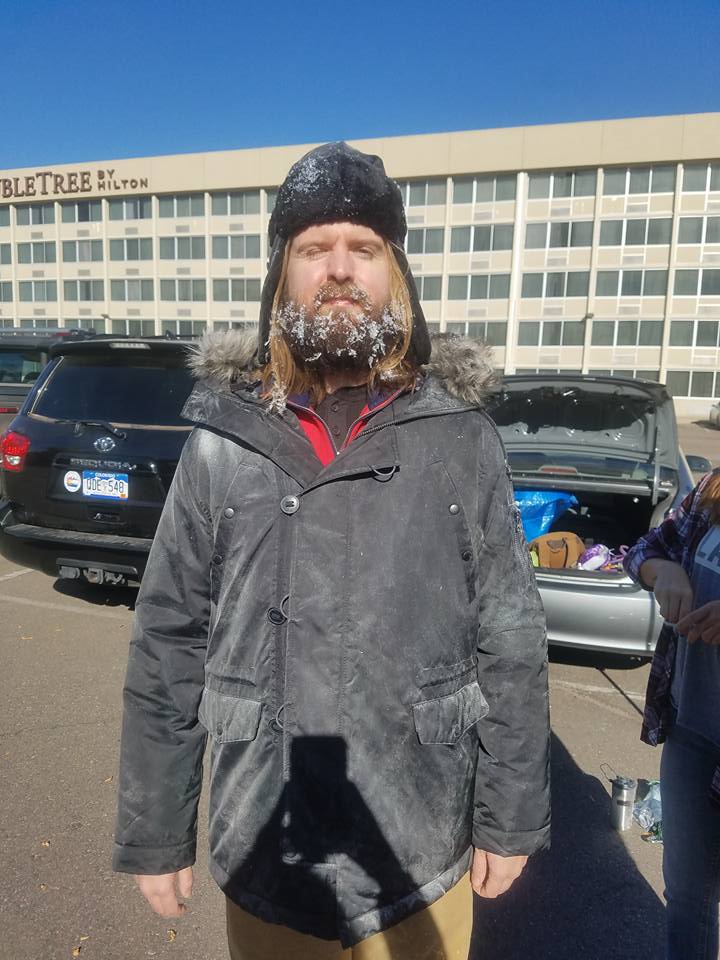 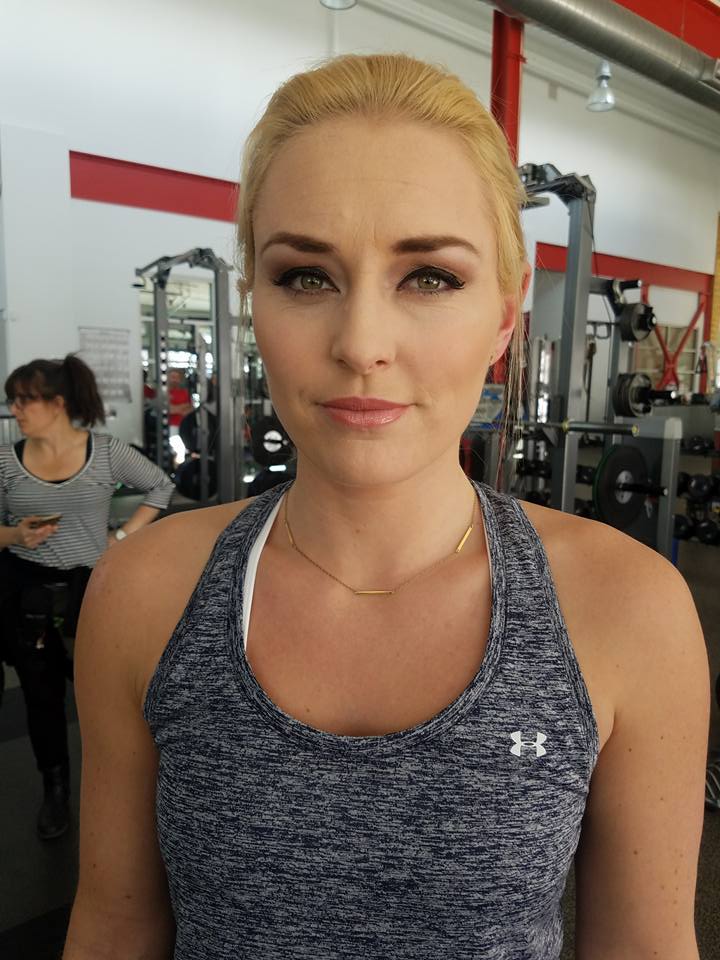 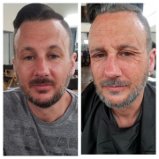 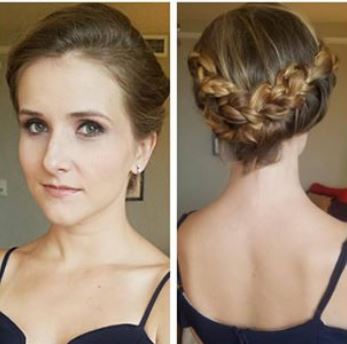 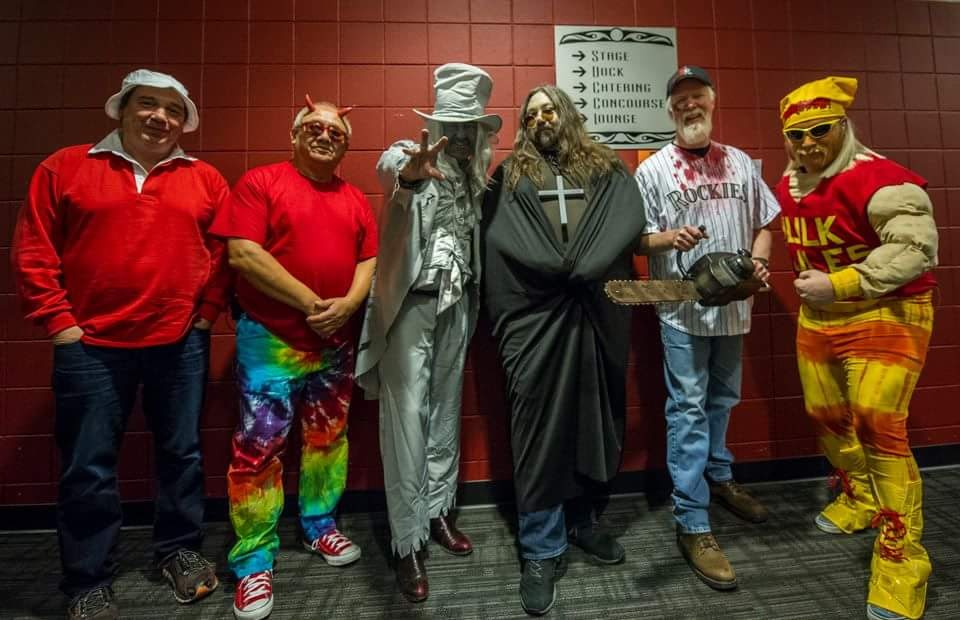