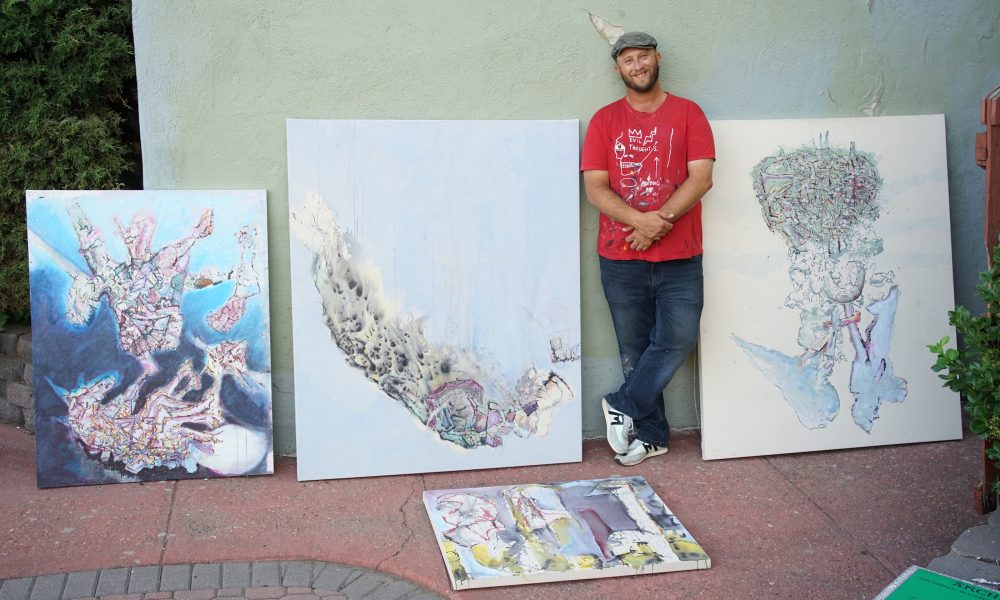 Today we’d like to introduce you to Dan Drossman.

Dan, let’s start with your story. We’d love to hear how you got started and how the journey has been so far.
I basically started in the womb. My mother was, and still is an artist, and she had a crayon in my hand at the time I thought that they were edible. Growing up in Chapel Hill, NC, some of my earliest memories were of me on my parent’s bed with a giant bucket of crayons making drawings for the annual Reflections art competitions. I would always seem to place 1st or 2nd each year, and the attention that I got from my peers made me feel special and liked, which at the time, like most, I needed. My elementary and high school years were spent making drawings of athletes and musicians that I admired. Being an artist was my go-to for a boost of self-confidence and acceptance, and that stuck with me through my early years, and possibly even to this day.

I attended Guilford College and graduated with a B.A. in Fine Arts, with a focus on printmaking. Soon after I moved to Portland, Oregon on a whim, and this is where art became something more to me than making cool pictures and became something that I needed. Making art was a way for me to cope with, understand, relieve, and express pain.

To backpedal a bit, around the age of 11 I started having chronic pain, which stuck with me in varying levels for the majority of my life. Soon after moving to Portland I was diagnosed with sciatica from a ruptured disc in my lower back. The pain was pretty intolerable, and anyone who has had this can attest to how debilitating and it can be. The physical pain created emotional pain and depression, which in my experience go hand-in-hand. I Couldn’t work. I would sit in the cafe across the street and just draw for hours on end. Initially, I wasn’t consciously aware of why I found comfort in drawing but over time I began to gain an understanding of how by doing these drawings I found a space where I didn’t feel pain. When I was fully engaged and focused on them, the physical and emotional pain just disappeared. I became fascinated with how the same pain that stopped me in my tracks could just vanish like that. I decided to explore this more and make a drawing a day for a year, which I then submitted and was accepted to The School of Visual Arts in NYC for my MFA.

New York is where I really started to believe that I could be a full-time artist. I got to see first-hand people like my professors and my peers making a living as artists, and it became more of a reality than some far-off fantasy. I spent 13 years in New York, and in 2017 I moved here, to Denver.

Overall, has it been relatively smooth? If not, what were some of the struggles along the way?
There have definitely been struggles, for sure. However, I think most of the struggles have more to do with internal battles like artist blocks, not being satisfied, or being hesitant rather than making sales and getting recognition. Not to say that those things have come easy, because they haven’t. It’s just that they have never taken priority over the need to make art and make my best art. Those internal struggles keep me from creating, and if I’m not creating then sales are most likely not going to come anyway.

Please tell us about your art.
I’m a mixed-media artist, primarily focused on drawing and painting but I like to incorporate other materials such as charcoal, glue, gold leaf, marker, or anything else that I believe will add to each work. I work both large and small-scale on paper and canvas and rely heavily on intuition and process to dictate where my work will go rather than having an end-product in mind and working towards that.

I’m interested in exploring the relationship between the visible and invisible, and the point in which these boundaries meet. In my process, it’s where unconscious intuition meets conscious intellect. In the image itself, it’s the moment where abstraction begins to suggest figuration. I like to move back and forth between those lines in both my process and the imagery itself.

Pain also plays a large role in my art, and I’ve been told that I have an ability to depict pain, be it physical or psychological, in a manner that other people can relate to and connect to in their own personal way.

One thing that I believe sets me apart is that I’m color blind, and see colors in a different way than most do. When viewing my work, people will often comment on my use of color, and the combinations of colors that I use as being unique, a bit strange at times, but in a way that they are drawn to. I can’t necessarily see it, quite literally, but It’s nice to know!

I would have to say that I’m most proud of how I’ve used art as a way to understand, work through, relieve, and even heal my chronic pain. Finding a way to turn something generally seen as negative and turn it into a positive is a powerful thing, and I feel pretty lucky to have found a way to do that. Art goes much deeper than what you see on canvas. It surprises me every day, and I consider it the closest thing to magic that I know.

If you had to go back in time and start over, would you have done anything differently?
I would’ve taken more painting classes. I took one in college where we had to paint from what we saw in nature. Because of being color blind, I couldn’t mix the paints to accurately match what I was looking at and I became frustrated and turned away from painting. In graduate school, I felt the need to paint, but my MFA program didn’t offer “how-to” paint classes so I had to figure it out for myself. In many respects, it’s nice to have learned on my own, but there are techniques and basics that I am new to or haven’t even learned yet that would be great to have in my pocket. 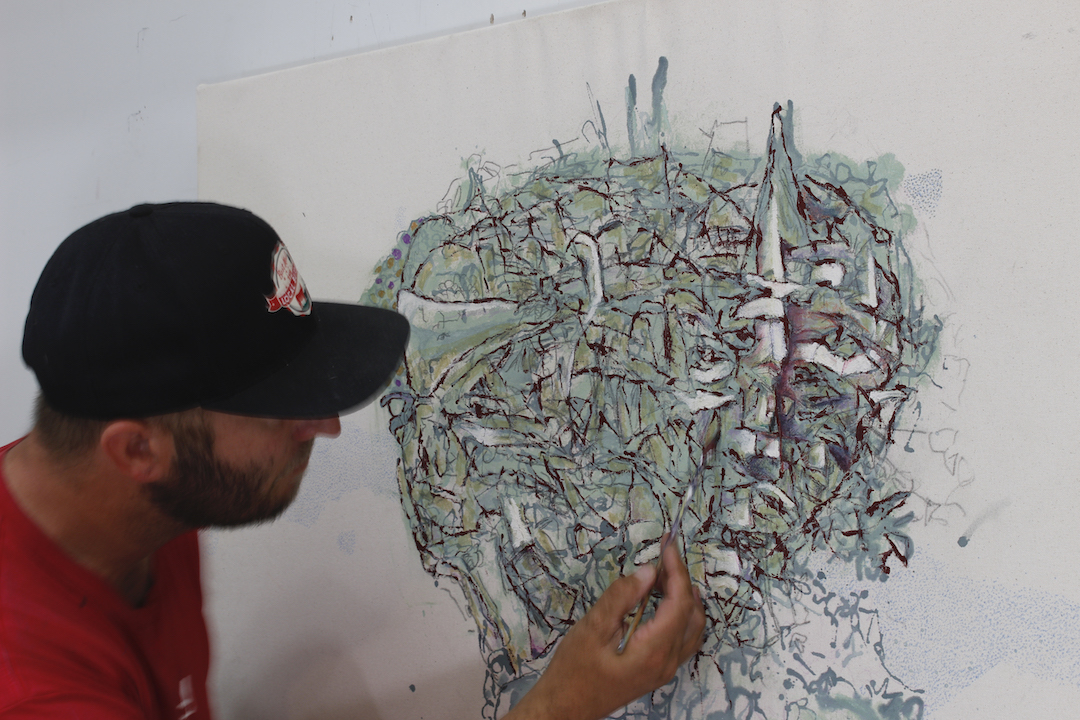 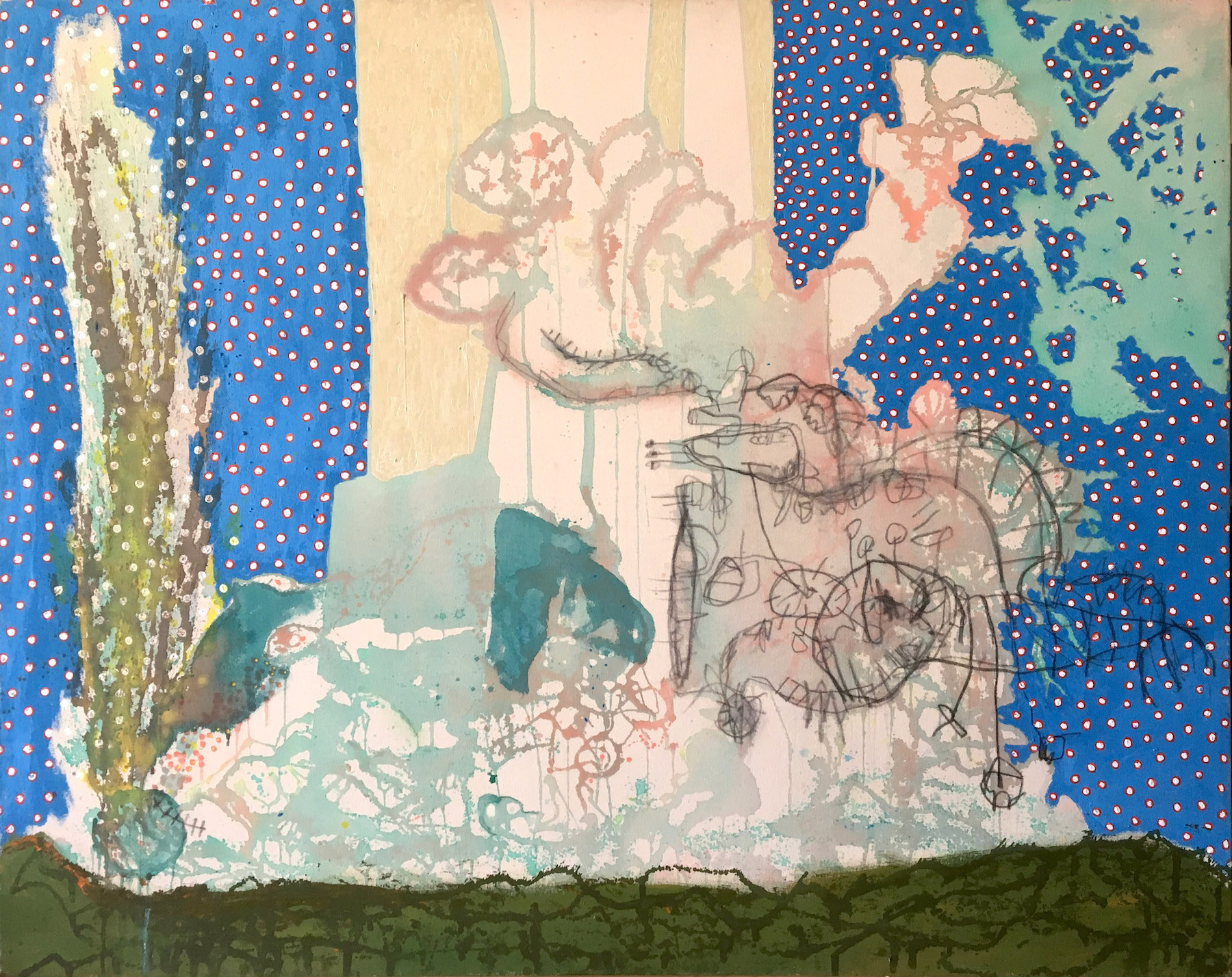 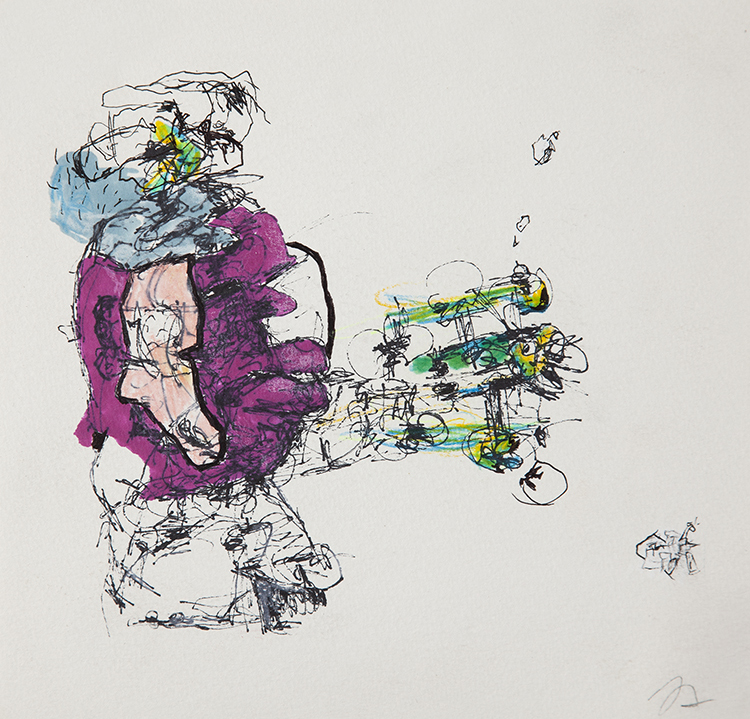 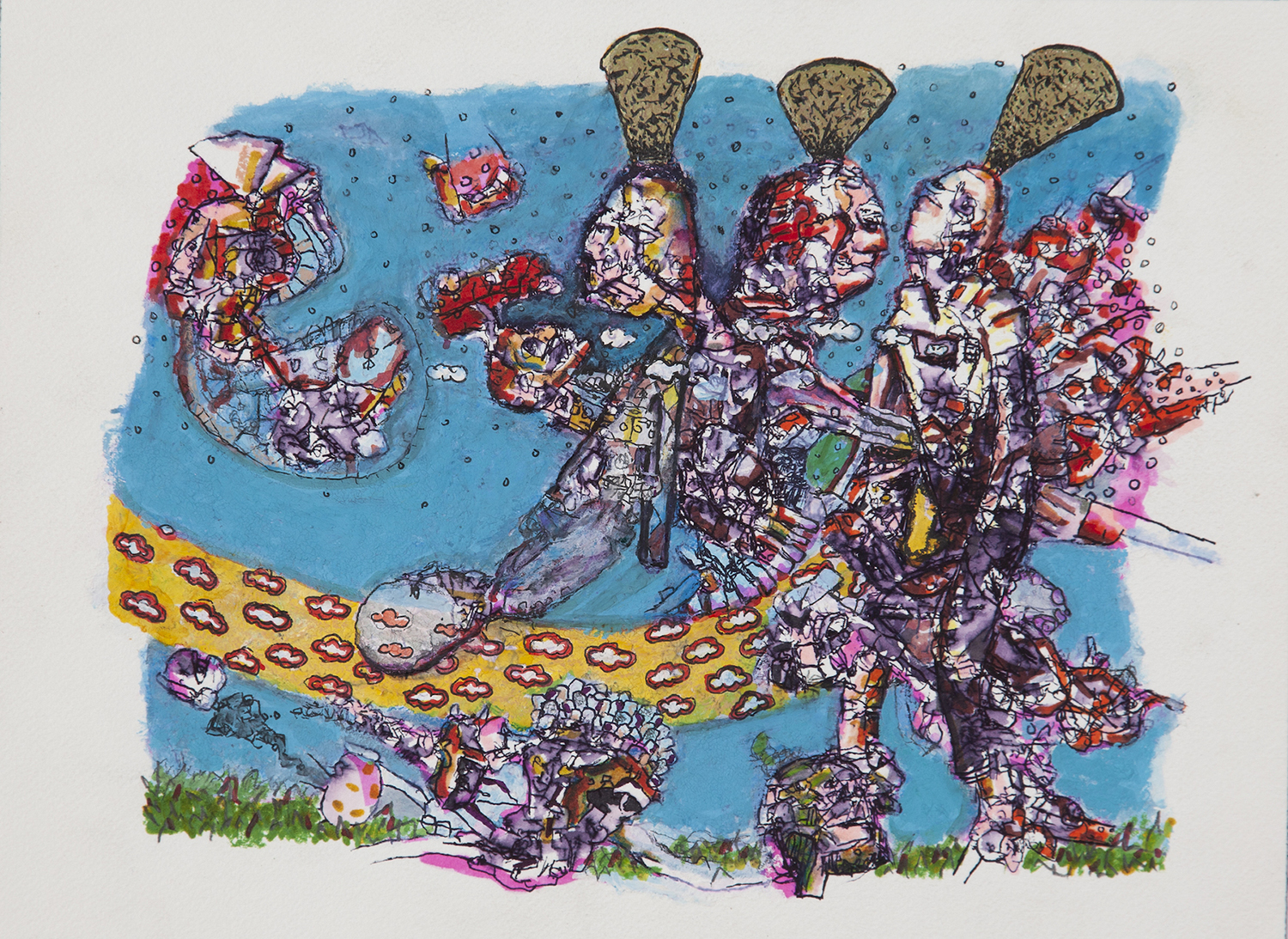 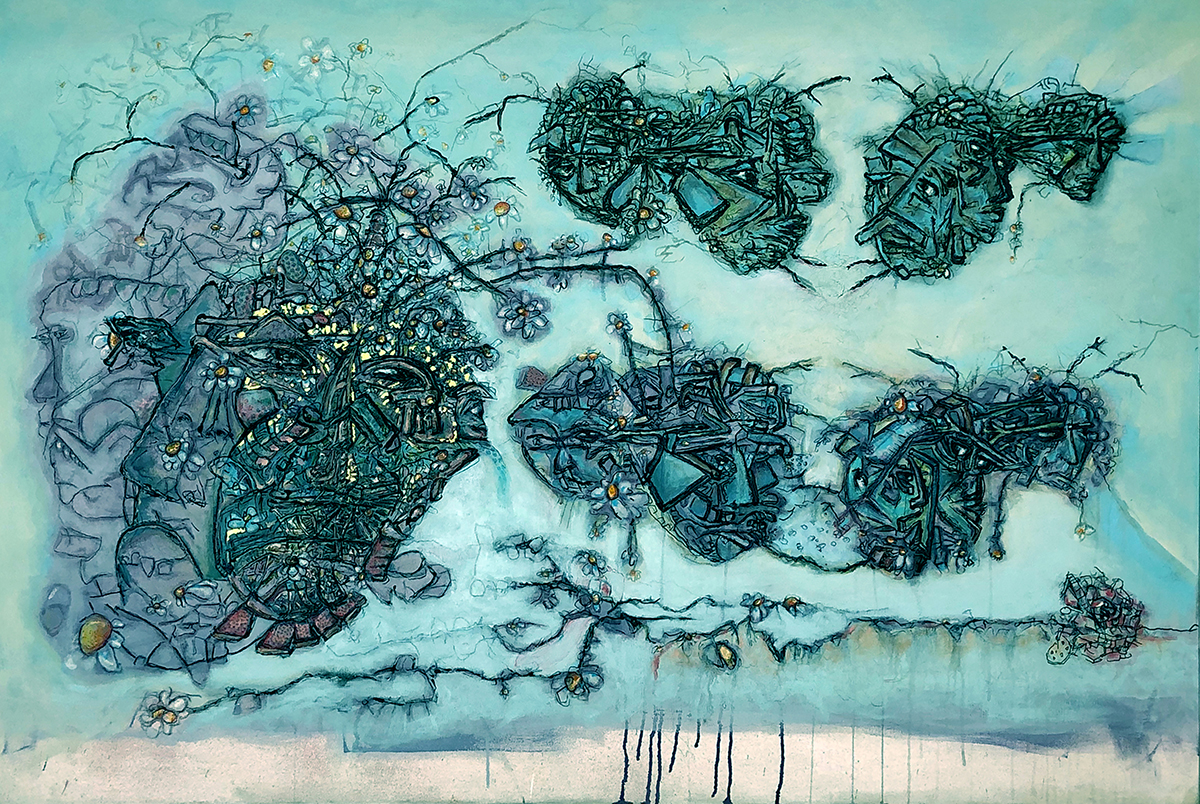 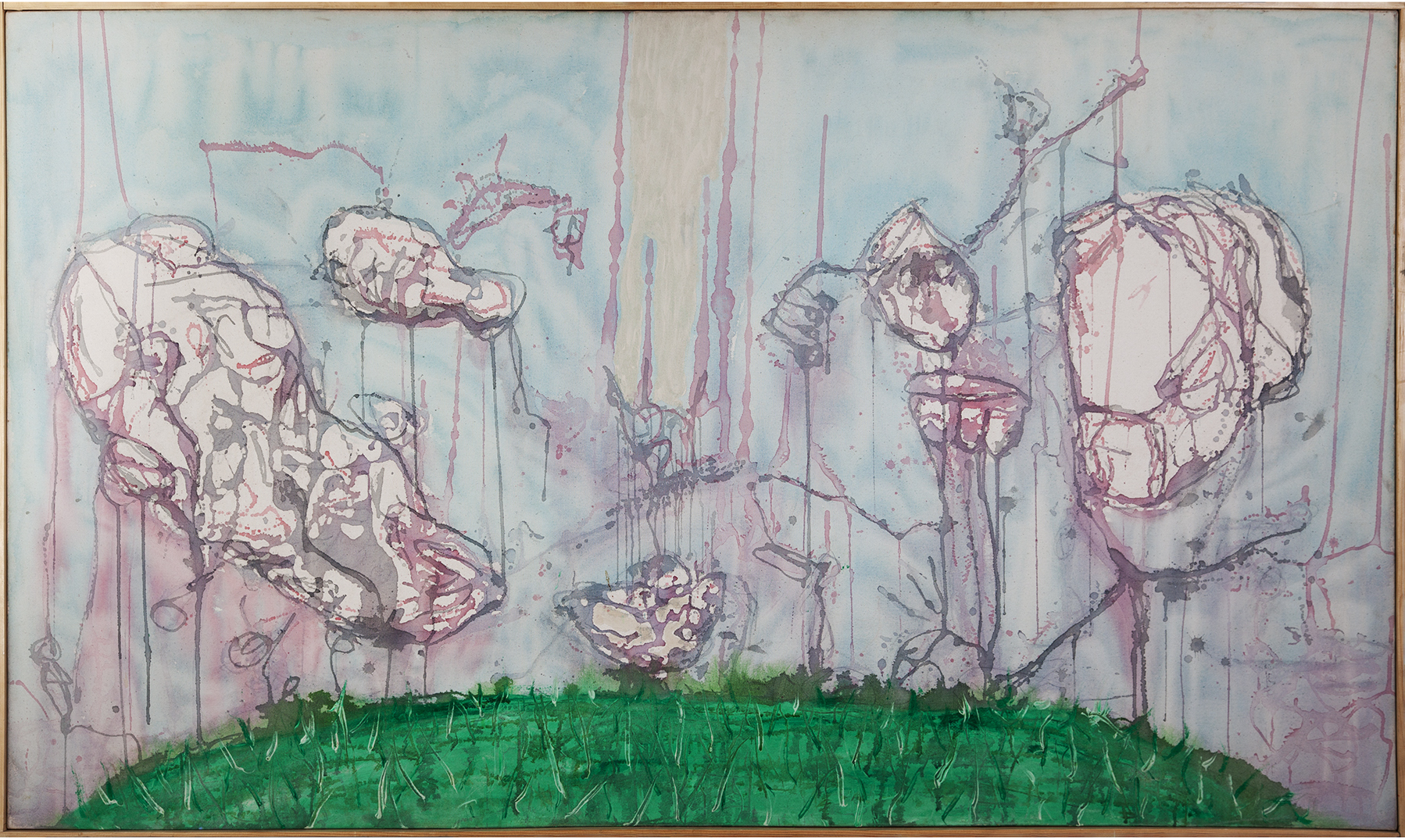 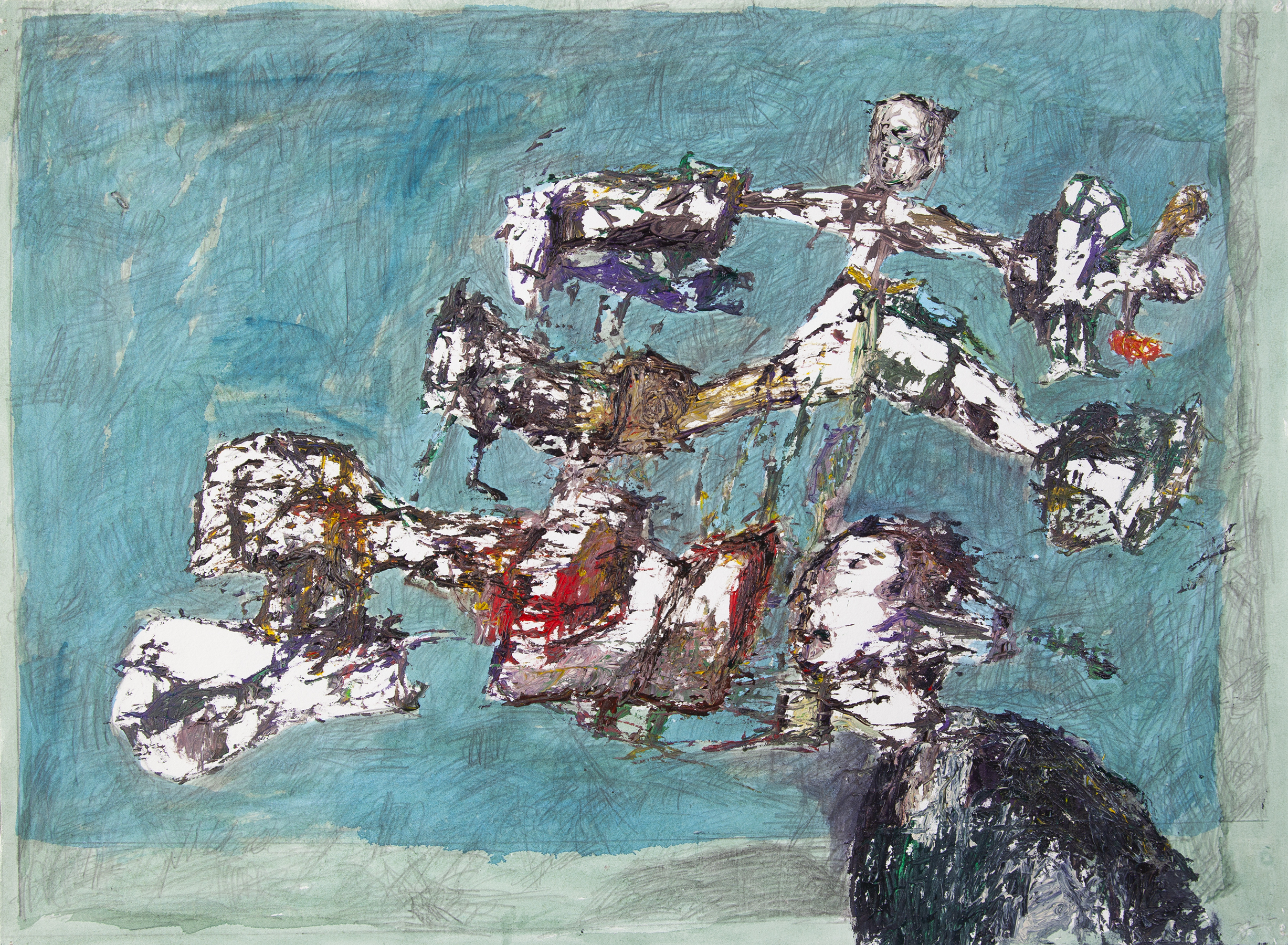 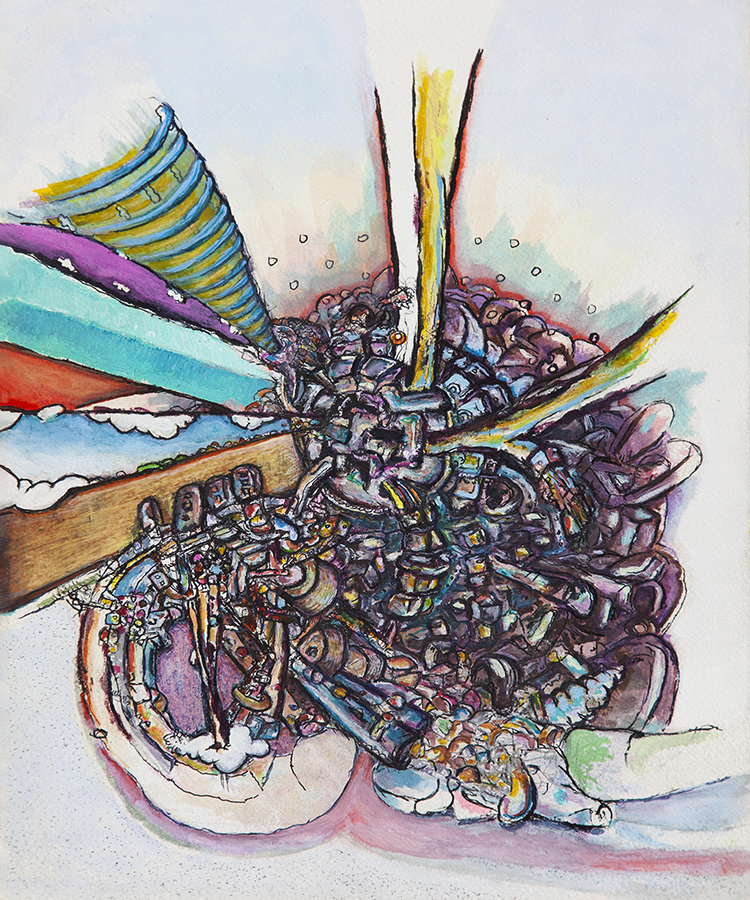