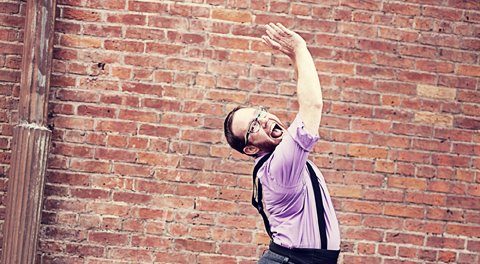 Today we’d like to introduce you to Kelly Shortandqueer.

So, before we jump into specific questions, why don’t you give us some details about you and your story.
I remember the moment when I tagged along with a friend to check his PO Box and was introduced to zines. He had received mail from all over the country with self-published poetry, stories, artwork, and more. It wasn’t long before I was digging into Jamez’ personal collection of zines, reading and getting inspired. I made my first zine in the early 2000s. From there, Jamez and I started traveling to zine fests, meeting some of the people behind the zines I had been reading, and connecting with new people. Jamez had long had a dream of starting a zine library and I was on board. We moved from Washington, DC, to Denver in the summer of 2003 and immediately started having conversations about making this dream a reality. After confirming that there wasn’t an existing zine library in Denver, we brought together an awesome group of people who got busy thinking about everything from how to display zines to the lending policy to cataloging.

The Denver Zine Library (DZL) officially opened in December 2003 with a collection of about 2,000 zines in a small detached shed in the backyard of the house where Jamez and I lived. Over the years, this all-volunteer run project incorporated as a nonprofit grew the collection to about 20,000 donated zines and has celebrated over 15 years of operating. We’ve developed programming based on the interests of our volunteers.

If anyone asked me in 2003, I’m not sure if I would have thought that the Denver Zine Library would have survived over 15 years. I’ve often said that if there isn’t community investment in this resource that it might be time to move on… and I’ve been thrilled that not only have we had consistent support, the zine, comic, and self-publishing community in Denver is growing and thriving. Looking back, it’s been pretty incredible that this little passion project has become a cornerstone in the local DIY, punk, and independent-publishing community.

I think one crucial factor in the DZL’s survival is Denver’s vibrant creative community. Lots of our volunteers have worked hard to establish a network of people with a passion for creativity and community. Speaking for myself, I’ve been really lucky to not only be one of the organizers of Denver Zine Fest but also to support DiNK, Denver’s Independent Comic & Art Expo, as its Exhibitor Director. I’m also involved in the Rocky Mountain Rainbeaus, Denver’s LGBTQ+ square dance club, and was one of the co-chairs for our annual convention of the International Association of Gay Square Dance Clubs. Other DZL volunteers have found ways to support the communities that feed them, both within and beyond the zine / DIY world.

We’re always bombarded by how great it is to pursue your passion, etc – but we’ve spoken with enough people to know that it’s not always easy. Overall, would you say things have been easy for you?
The DZL has definitely had its share of bumps along the road.

While we were in our first location, we were contacted with a cease-and-desist order from the city’s planning department, claiming we were violating city zoning codes. At the time, we were welcoming less than ten people per weekend into our backyard, so we were surprised at this turn of events. It was a stressful time, but looking back, it was the first of several venues, each one bringing a new audience and growing our operations.

The original location is still standing in the Baker neighborhood, which can’t be said for the next two homes of the DZL. We were located at The Other Side Arts (2004-2009), which housed a number of studios for incredible local artists, and then at the 27 Social Centre (2010-2014), a haven for community-based and political projects. We’re sad to say that both buildings for The Other Side Arts and 27 Social Centre have been knocked down as development and gentrification have taken hold.

There have been many benefits and challenges of being a volunteer-run organization. The energy and ideas that people bring to the DZL has made us what we are today. At the same time, we have a group of engaged and active volunteers who juggle creative projects, work schedules, and other life demands on all of our time. For the past several years, we’ve had an incredibly dedicated core group of volunteers.

Please tell us about Denver Zine Library.
The core of the Denver Zine Library is our lending collection of over 20,000 zines. We typically hold open hours on weekends and by appointment for people to stop by and browse our shelves (our physical location is currently closed due to COVID-19 for the foreseeable future). In addition to our zine collection, we conduct zine workshops for classes, libraries, and our community – both in person and virtually.

We’re also the hosts of the Denver Zine Fest, an annual event to bring together local, national, and international zinesters who can showcase and sell their zines to attendees. The event is free to the public and includes workshops and other affiliated events.

Has luck played a meaningful role in your life and business?
We’ve been so lucky to have had such an incredible group of volunteers since we opened. Some have been with us for years, some for months, and some only for a few weeks – and they’ve all contributed to making the DZL what it is today. 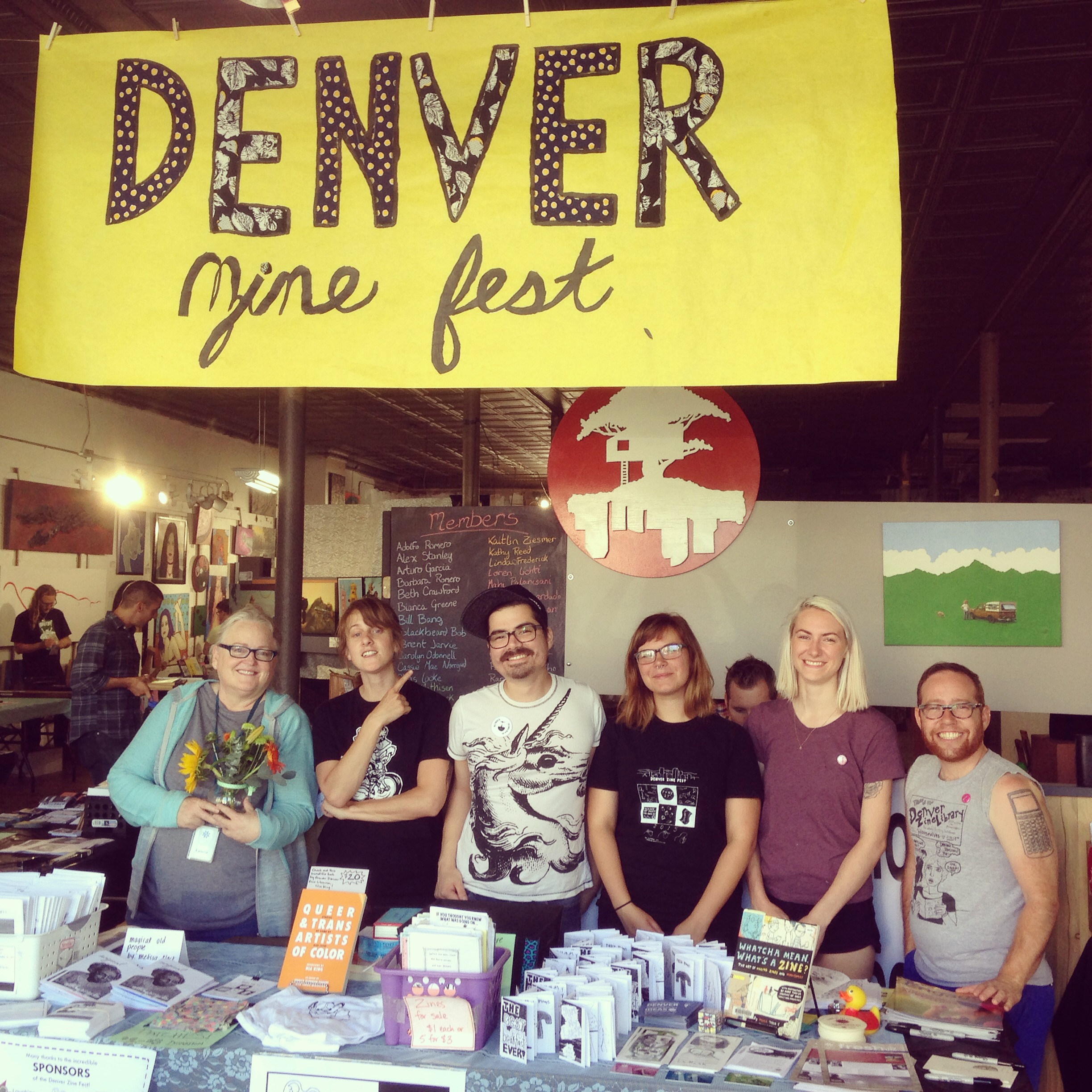 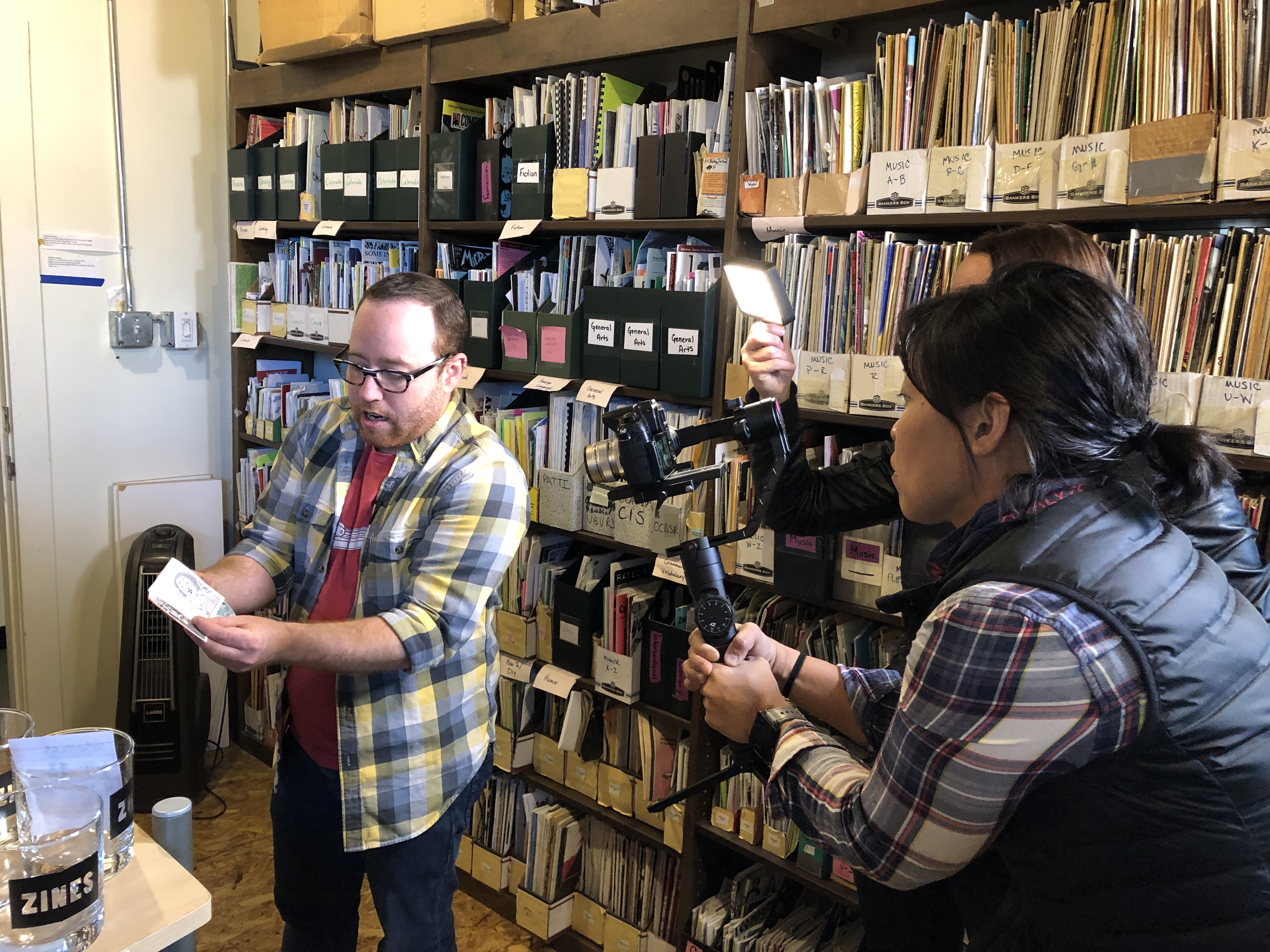 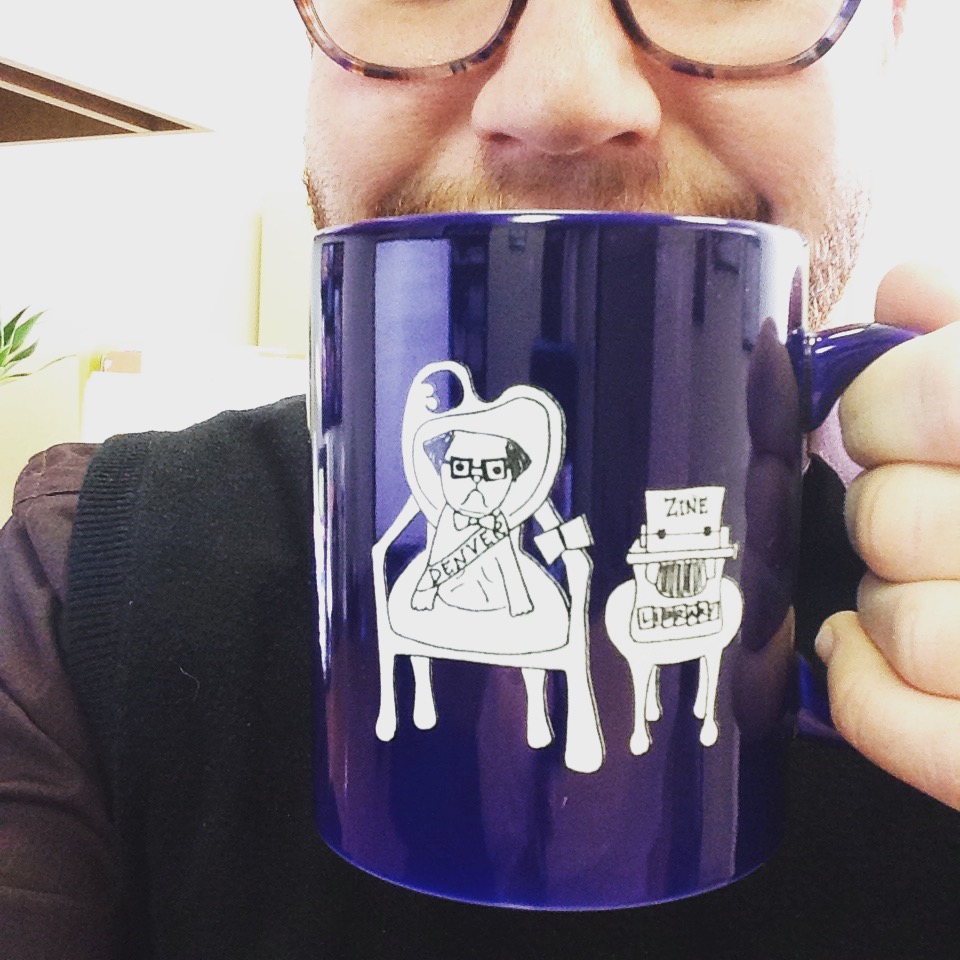 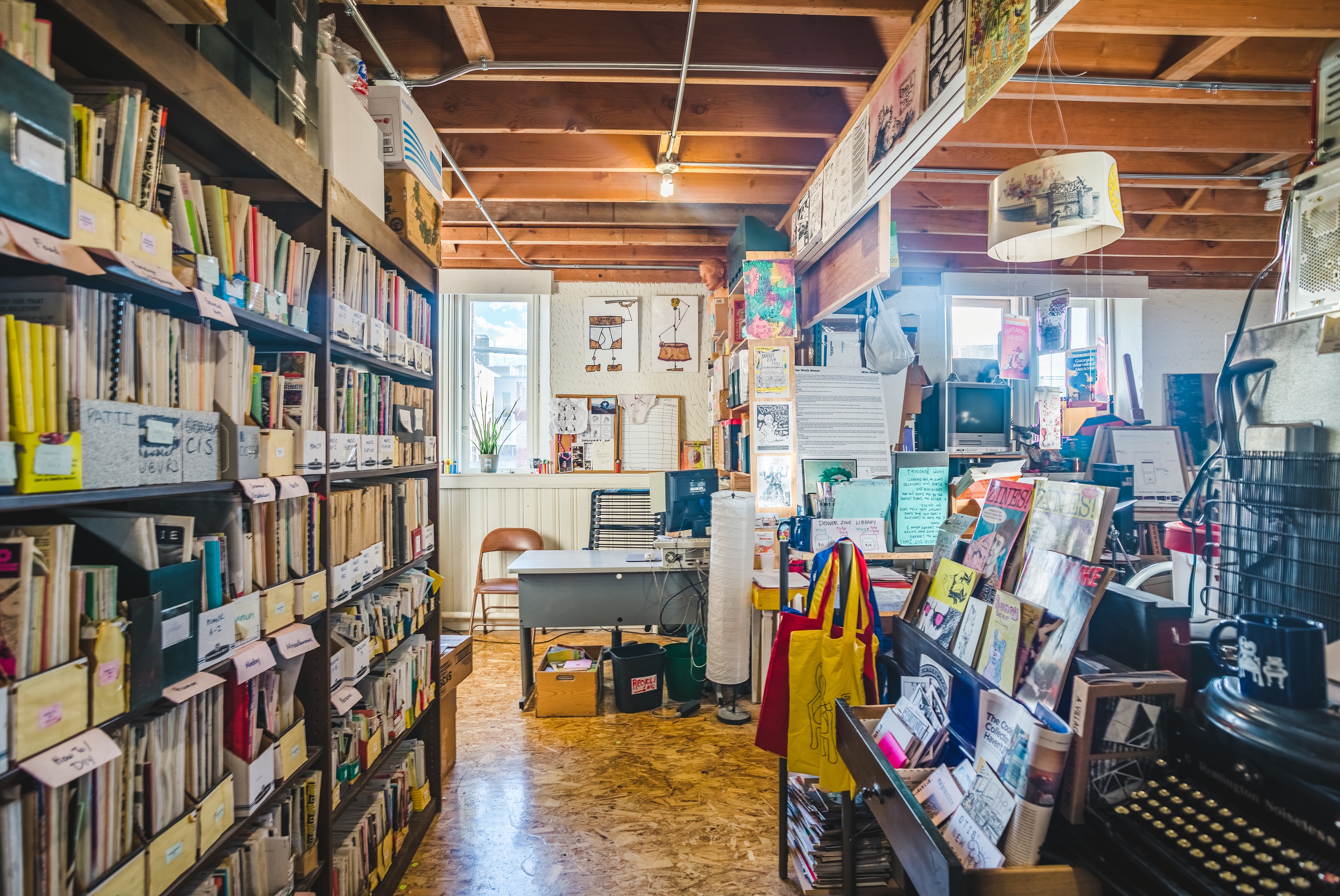 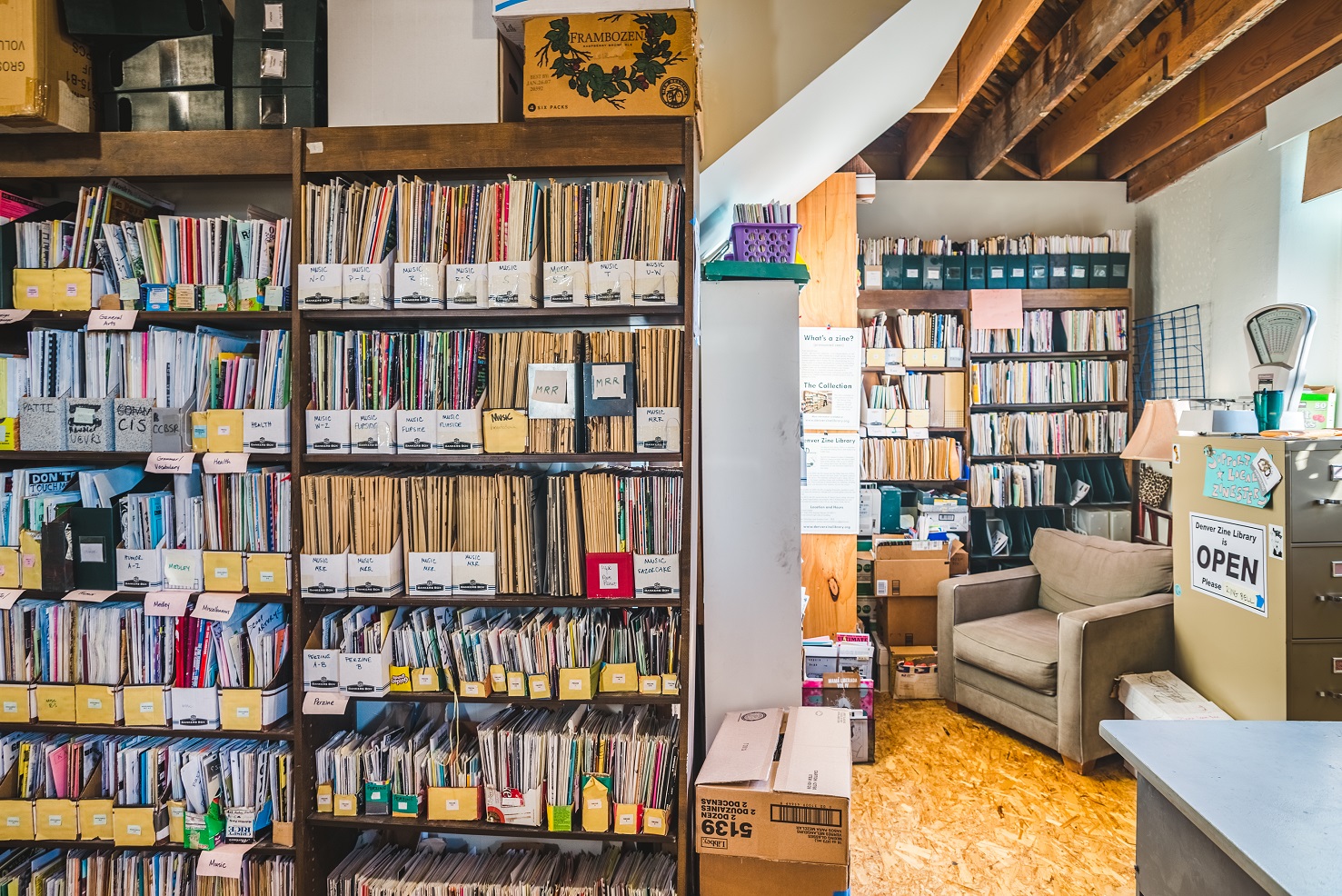 Image Credit:
There are two images that should be credited to From the Hip Photo.