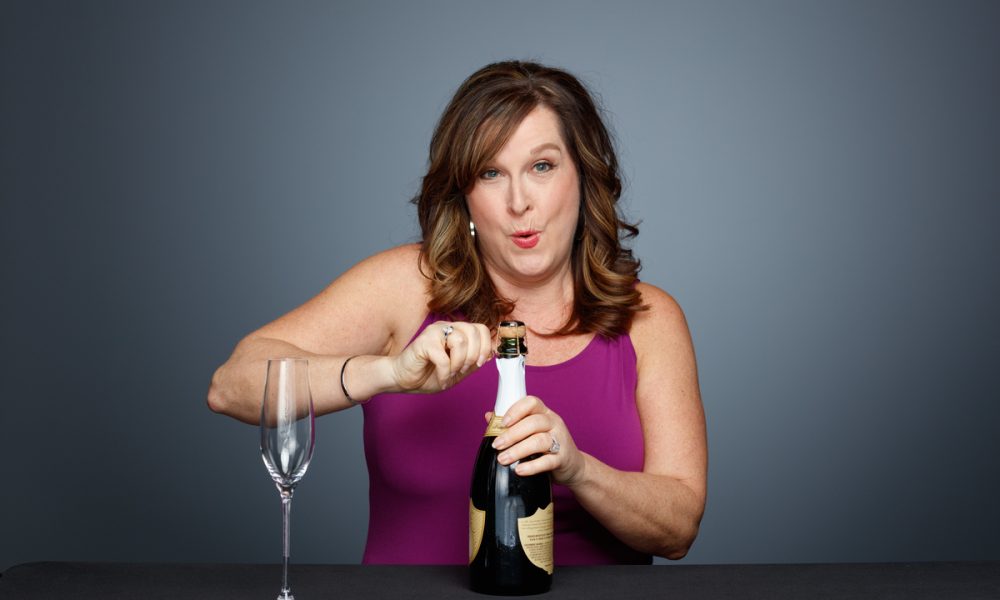 Today we’d like to introduce you to Diane M. Simard.

Thanks for sharing your story with us Diane. So, let’s start at the beginning and we can move on from there.
I am an angel investor, COPE founder, award-winning author, and aerospace executive who was named one of the inaugural Top 100 Women in Business to Watch by bizwomen.com. Although trained as a journalist, I caught the entrepreneurial bug and began investing in early-stage companies about 12 years ago. I work at one of the companies, Bye Aerospace, as a Sr. Vice President, plus I serve on the company’s Board of Directors. Bye Aerospace is developing what we intend to be the world’s first FAA Part-23 certified all-electric airplane called eFlyer 2.

In 2015, when I was about to turn 50, my world erupted when I received a shocking diagnosis of late Stage III breast cancer. I was given the “nuclear bomb treatment” because I had a non-aggressive grade of cancer that was behaving aggressively. As I slogged through 10 months of treatment – chemo, surgery, and radiation – I plummeted into depression, fearful that I would never feel good again.

I was frustrated by the lack of attention that seemed to be paid to the emotional side of cancer so, I began to do research Before treatment was even over, I decided to seed fund the Center for Oncology Psychology Excellence (COPE) at the University of Denver – the first university in the country to offer psychosocial oncology training for clinical psychologists at the graduate level. Then I decided to publish the journal I kept during treatment (my emotional outlet) as a memoir, “The Unlikely Gift of Breast Cancer,” which was released in early 2019. My book has received a five-star rating from Readers’ Favorite and third place in the highly-contested memoir category at the 2019 Colorado Independent Publisher’s Association’s EVVY Awards, an international competition.

Today, I am a four-year survivor, continuing to advocate for individualized mental health assistance to be a standard part of treatment protocol for any type of cancer diagnosis for Colorado citizens. Legislative action is well underway, and I speak, write a monthly blog on my website, www.DianeMSimard.com, and am working with the University of Nebraska system (my alma mater) to begin replicating COPE across the country.

Great, so let’s dig a little deeper into the story – has it been an easy path overall and if not, what were the challenges you’ve had to overcome?
When I moved to Denver from Dallas in 1998 to get married, my then-husband’s information technology services company was on the ropes, hemorrhaging cash while other IT companies flourished during the run-up to the dot-com crash. We were days away from having to file personal and corporate bankruptcy, but we saved the company. He started it in 1991 with $1,000 and in 2004 the company sold for $36 million. Unfortunately, we divorced the following year, but I learned the value of tenacity and hard work. Failure was simply not an option.

When I was eight years old, I developed a blood disease that caused my immune system to essentially kill off most of my platelets. For days, my family feared I had leukemia, and I had to endure two bone marrow tests and two years of daily cortisone pills to overcome the disease. All those steroids caused me to balloon up, and I was teased by other kids for being fat – yet another lifelong trauma.

We’d love to hear more about your work.
I am in the infant stages of building my personal brand, which includes additional advocacy for individualized psychosocial support for patients, survivors, and caregivers; additional books; and eventually, a merchandise line. However, I am a significant investor in Bye Aerospace, and my fiduciary responsibilities to the company require me to keep distinct firewalls between my business interests.

With that, Diane M. Simard (as a brand) is a resource for information and inspiration for anyone struggling with the resulting trauma from difficult health-related experiences such as cancer. I am a connector of those best positioned to create positive change in our healthcare system, continuing to advocate for an increased focus on individualized medicine for the body AND the mind.

What differentiates me? Beverly Vote, the Publisher of Breast Cancer Wellness magazine, said it best: “Diane is one of the very few people in the world who grasps a larger vision and puts focused direction to it.” I am disciplined, project-oriented, and an avid planner. Every day in my life is like a puzzle, and I manage my actions to make sure every legitimate email gets a response, posts on social media get made several times a week, my monthly blog gets published, presentations for my speaking engagements are planned and rehearsed, and that I exercise at least 30 minutes every day. Oh yeah, and I also put in at least nine hours at the office AND continue to answer work-related emails and calls 24/7. I am officially not bored!

But, having faced my mortality thanks to cancer, I live my life more fully, more passionately, and more happily than ever before. My book is all about the purging, forgiving, mourning and self-discovery I endured to finally find peace. Along the way, I share the “sights, sounds, and smells” of what my breast cancer experience was like. My story is raw, honest, vulnerable, and unexpectedly humorous.

Is there a characteristic or quality that you feel is essential to success?
Tenacity. Since I was one of the “Mighty Many” who was given a second chance at living, I face each day refreshed and optimistic. Determined to be the most supportive, cheerful, positive, loving, accepting person I can be. I no longer tolerate whiners, cheaters, haters, or anyone who takes life for granted and tries to cut corners or take shortcuts. Success requires commitment, hard work, sacrifice, and (at least for me) a good amount of failure along the way. Cancer beat me down so that I could build myself back up again. 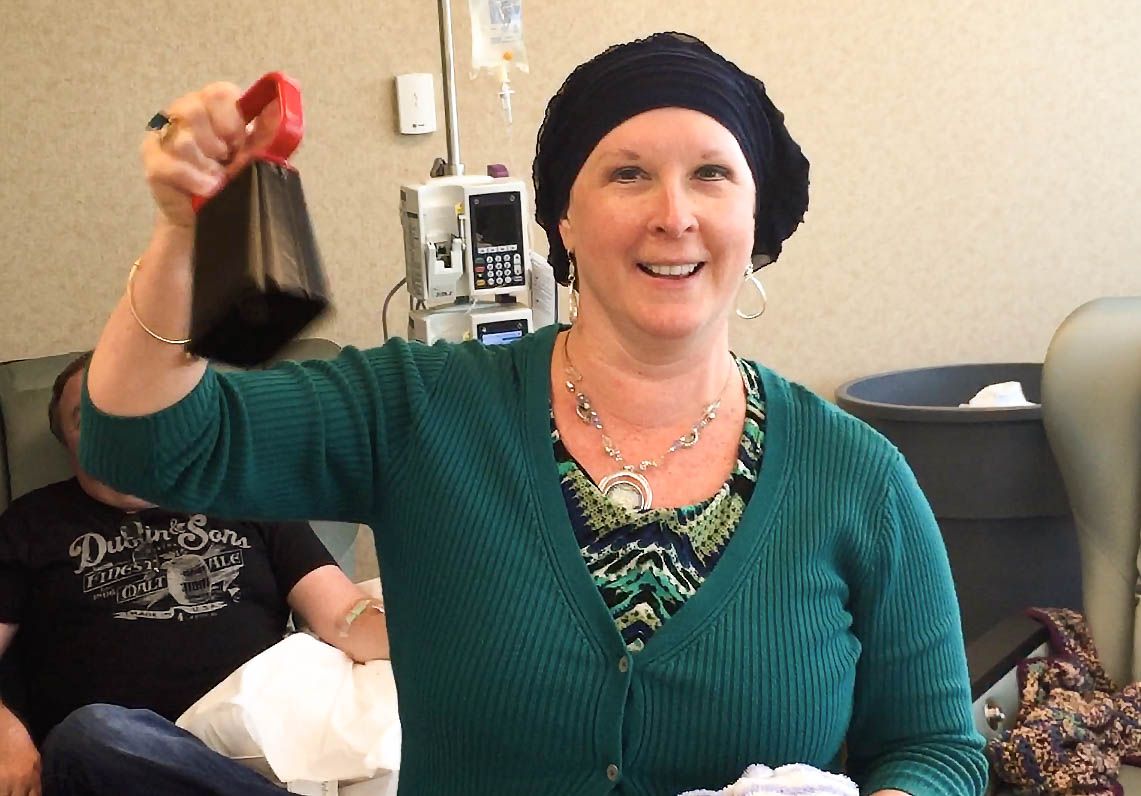 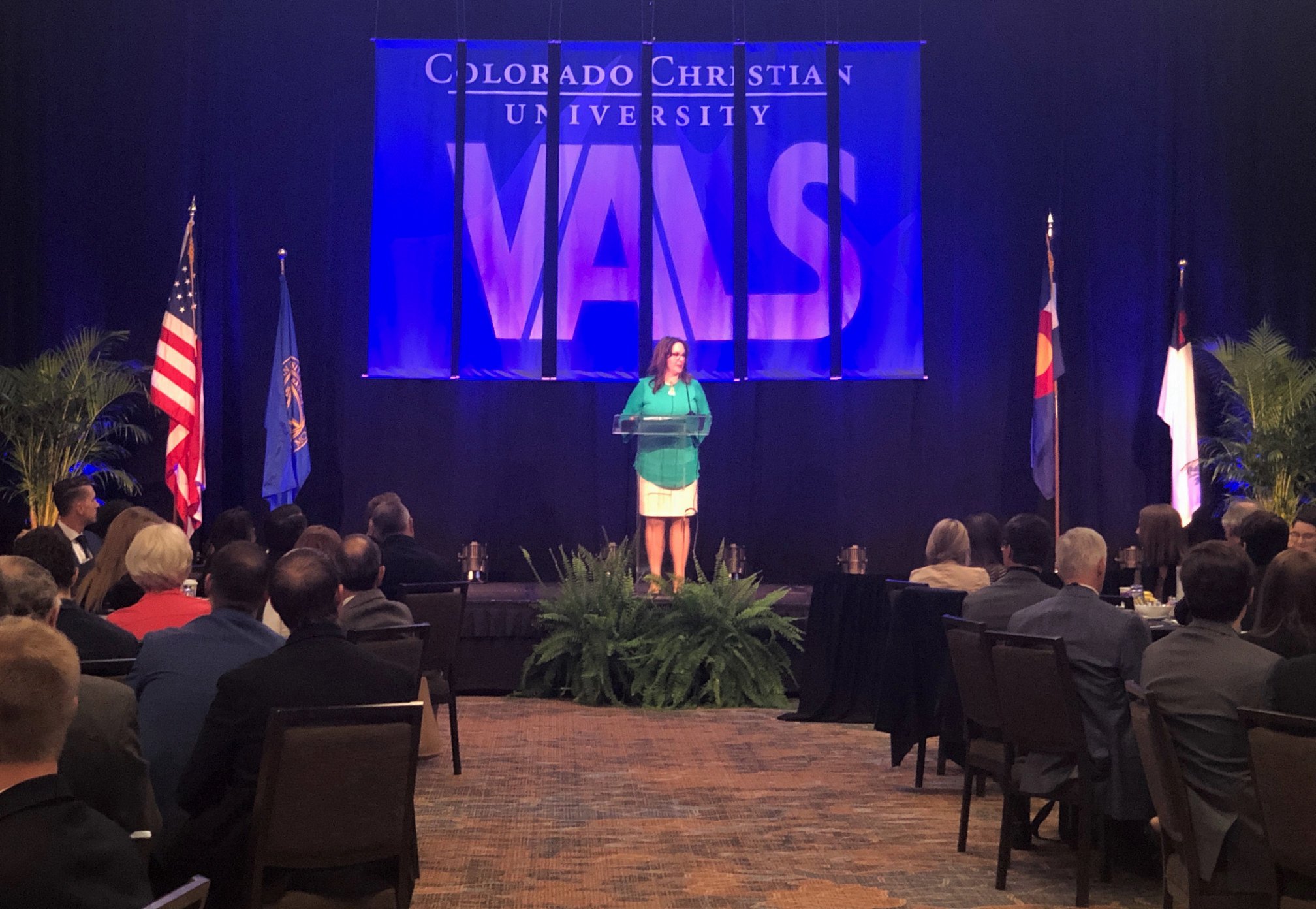 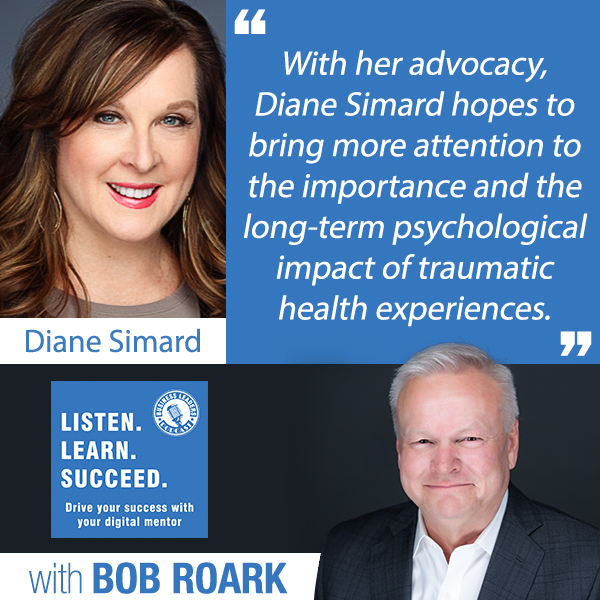 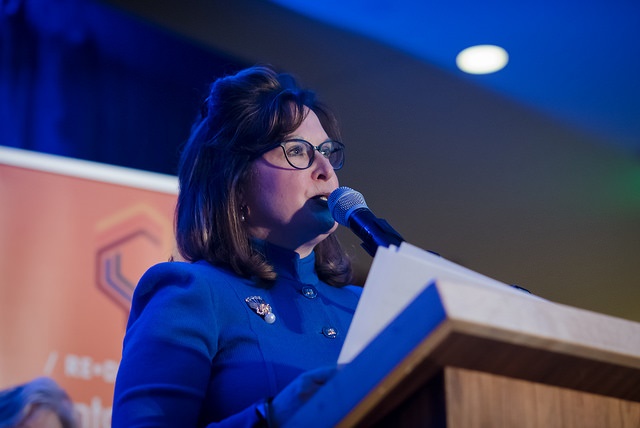 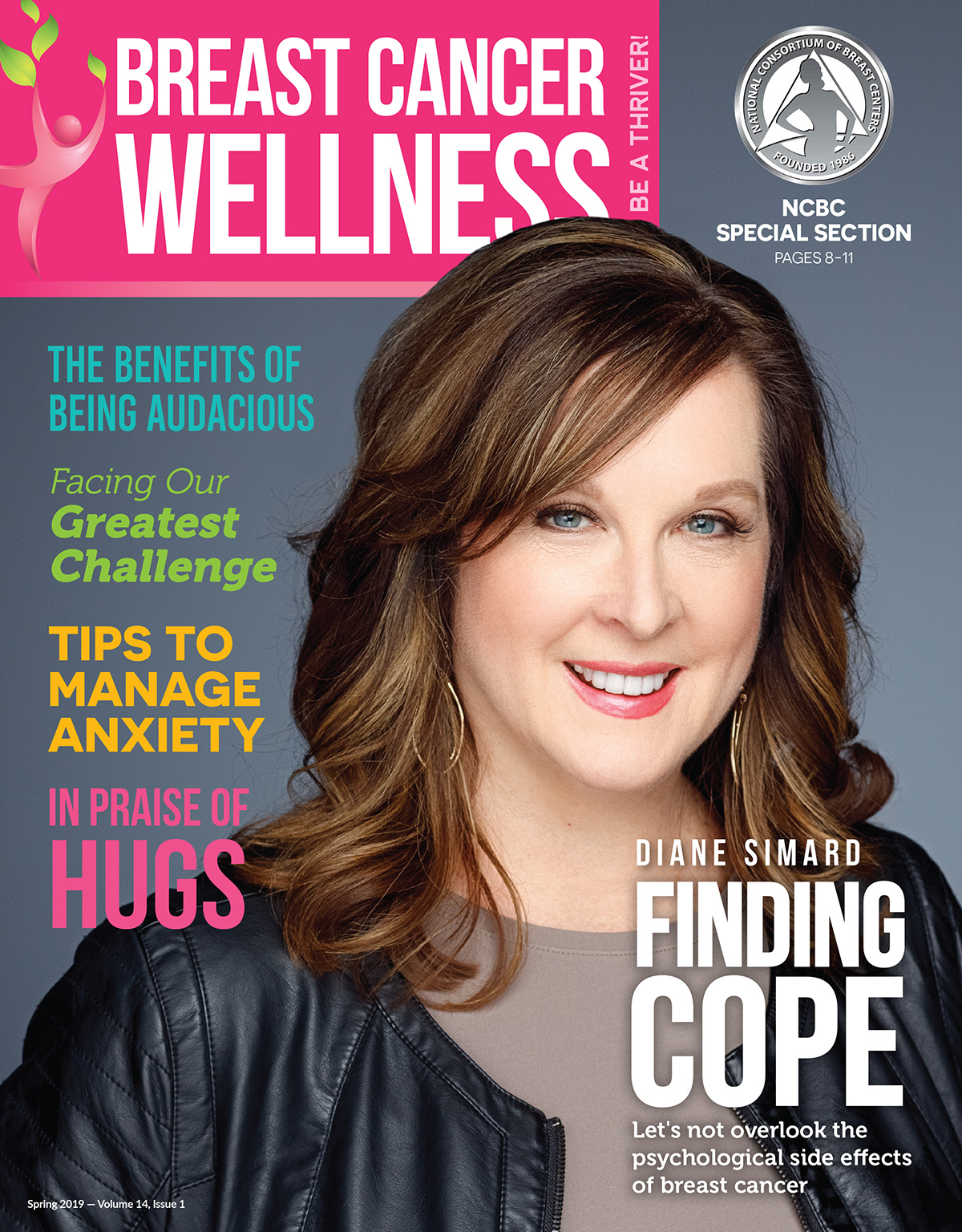 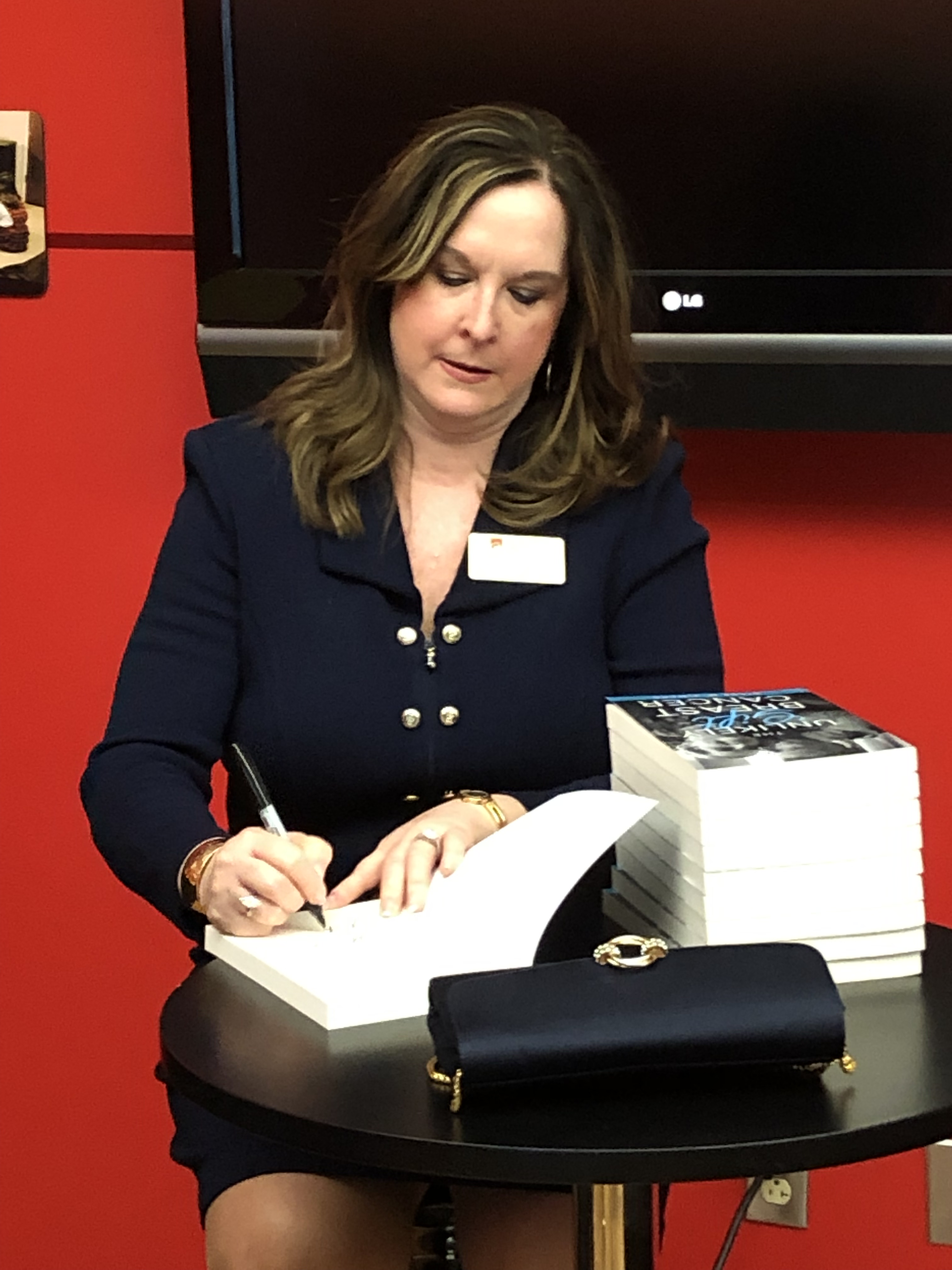 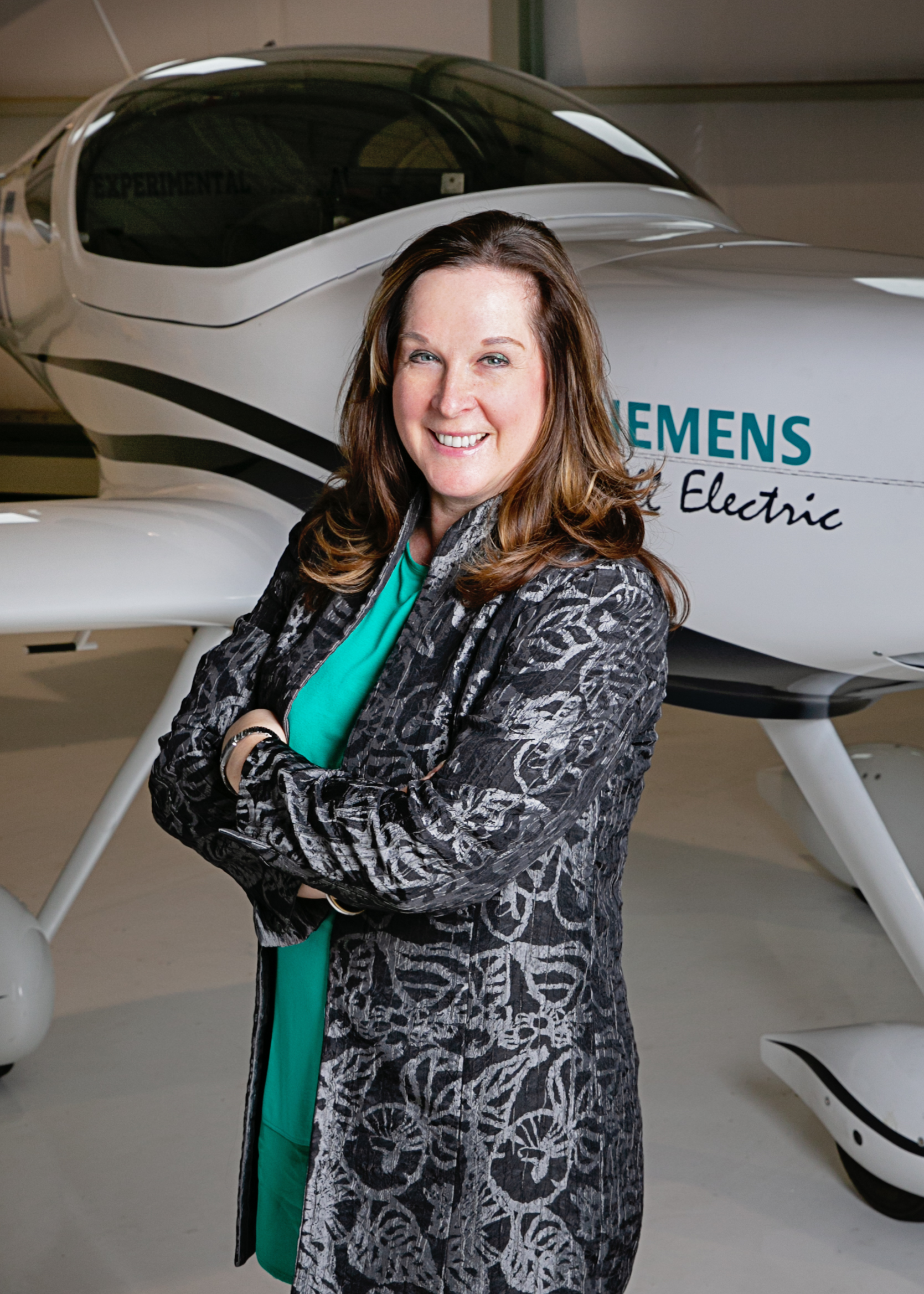