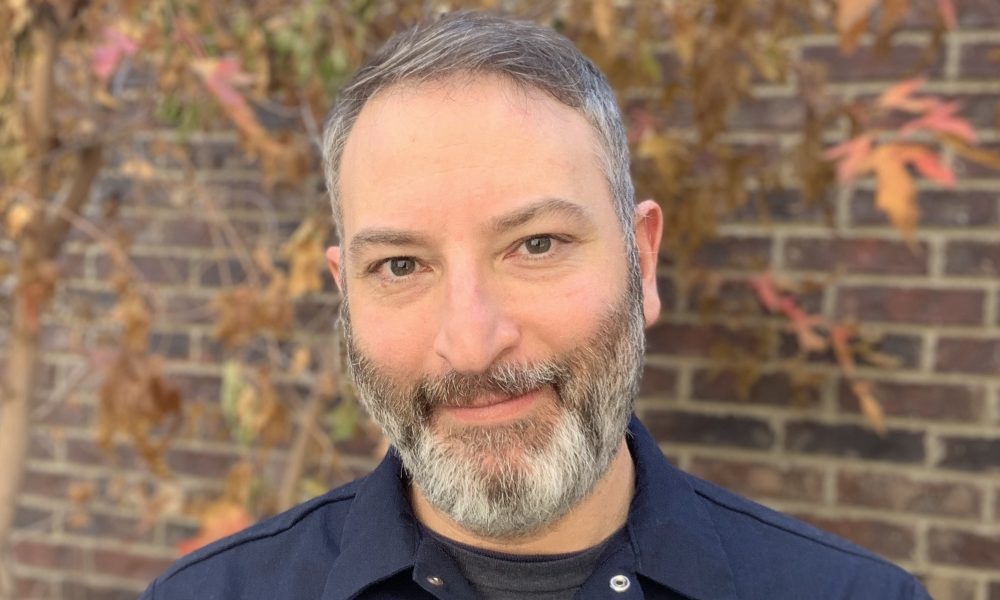 Today we’d like to introduce you to Elan Wenzel.

Thanks for sharing your story with us Elan. So, let’s start at the beginning and we can move on from there.
The journey really started due to an encounter with a high school counselor junior year who wanted to set me on a career path. In that meeting, she asked all the typical questions. Faster explaining I wanted to be a photographer she tried talking me out of saying it’s too competitive. She suggested being a chef because they could still be creative and make up to $100,000 a year. I said sign me up! She got me involved in a culinary program in my senior year at a vocational school running the cafeteria. The director of that program signed us up for a competition at years end called HERO (Home Economics Related Occupations). I won a silver medal for BOH and Gold for FOH. Ultimately that got me an interview for culinary school and then attended Colorado mountain culinary institute in 1995. A three-year apprenticeship program.

I loved our starter kit of knives but soon noticed higher level chefs on the resort with fancier knives and I was intrigued. It spawned a desire to seek out and try different brands and types of cutlery. I realized the importance of having quality tools for my chosen profession. Fast forward to 1999, was hired at Wolfgang Puck in Denver to be a Kitchen Manager. When I showed up for my first day of work they needed help in the sushi bar. It was a love affair all over again not only with Japanese cooking but with their style of knives. I have never seen such exotic cutlery. I had an opportunity to train Sushi in Japan in 2004. This experience afforded me the opportunity to see knife shops with walls of knives. It’s solidified in my mind that it was going to be sushi and knives for life. Fast forward again to 2006, where a traveling knife salesman would come through our sushi bar every three or four months. His visits were unannounced but each time he came, I would buy a knife or two. He started to recognize me and we would have conversations. Around 2008 I had learned he was only visiting Japanese restaurants.

During this time, I had started to notice on television that Japanese cutlery was starting to make its way into western type restaurants. It dawned on me that he might make more sales if I introduced him to my Chef friends in Denver. I simply offered to give him my friend’s names and phone numbers and that he could go potential he makes more sales. He asked if I would make the connection and set up the appointments and also drive him around. It really didn’t sound like the best use of my time on my day off but I agreed. He doubled or tripled his sales and was so grateful he cut me a commission check. We did this together for a few years, driving around Colorado. During these times, I learned about the manufacturer and about Tetsuya (Ted). He expressed that he wanted to retire in the next few years. He offered that I could sell knives in the Denver metro area when he wasn’t around. It dawned on me that maybe I could create my own business. This was the foundation of Element Knife Company.

The first iteration in 2015 was Chefs Custom Cutlery. I was going to focus on chefs that could choose a blade and handle material and profile with custom engraving. My site was only informational at the time and it was a very slow process. After a year, I realized it was a poor business model and that I’d like to serve my industry better. I took a step back and then rebranded as Element Knife Company, focusing on education and support. After three years of continuing as a “mobile knife shop” and doing lots of Pop-ups and events, I set up a retail space inside Broadway Market Denver.

Has it been a smooth road?
Nothing about the experience has been smooth, so to speak but I love cooking and I believe in the potential for Element Knife Co. All the while during setting up the business, I was working full time as a sushi chef at Sushi Sasa and cooking with Colorado FIVE. I was invited to join the team in 2017 and again as an alum chef in 2018. Also, to join the advisory board in 2019 as well as cook during some of their events. In August of 2109, I left Sasa to grow and develop my business. I’m self-funded, which Is difficult for retail in my experience. Before I can resell items, I have to pay for them upfront. So without investors, it’s been a slow road but I believe with this grassroots effort, it’s building a stronger foundation.

So let’s switch gears a bit and go into the Element Knife Company story. Tell us more about the business.
Element Knife Company is chef-owned, chef-driven, chef operated and focused on curating the best products. Our ethos is about support and education for all levels of chefs, cooks, home-chefs and anyone who loves cooking. We only sell products that we know are top-quality and have personally used. With over two decades experience in the culinary industry and 20 years of experience in sushi along with training in Japan, we offer true insight into quality and techniques for knife care and sharpening. We are very proud that we foster relationships with industry peers so we can help support them and help them shine.

How do you think the industry will change over the next decade?
We are already seeing changes. A lot of new to industry chefs don’t seem interested in having full knife sets, wearing white Chef jackets and chef toques. I don’t see a lot of restaurants implementing the Brigade system and head chefs are no longer the gatekeepers. Information is so readily available these days. You can teach yourself how to do something off of YouTube. This has drastically changed the culture within restaurants.

The acceptance of technology in the restaurant industry has permanently changed the landscape. It’s hard for me to say what it will look like in 5 to 10 years but I’m sure some dining experiences will be vastly different. Different ways to pay, different ways to receive food and possibly different experiences, maybe incorporating virtual reality. 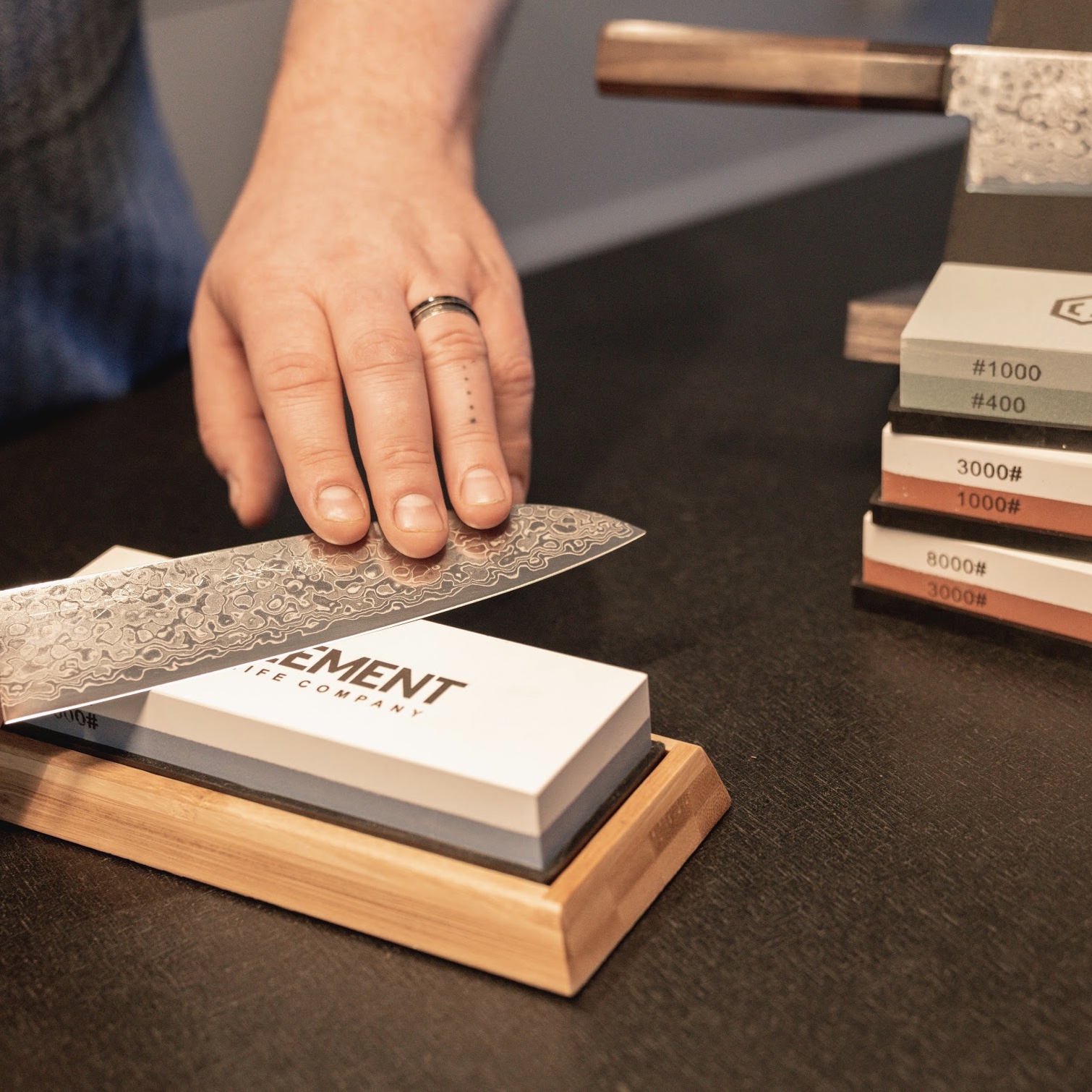 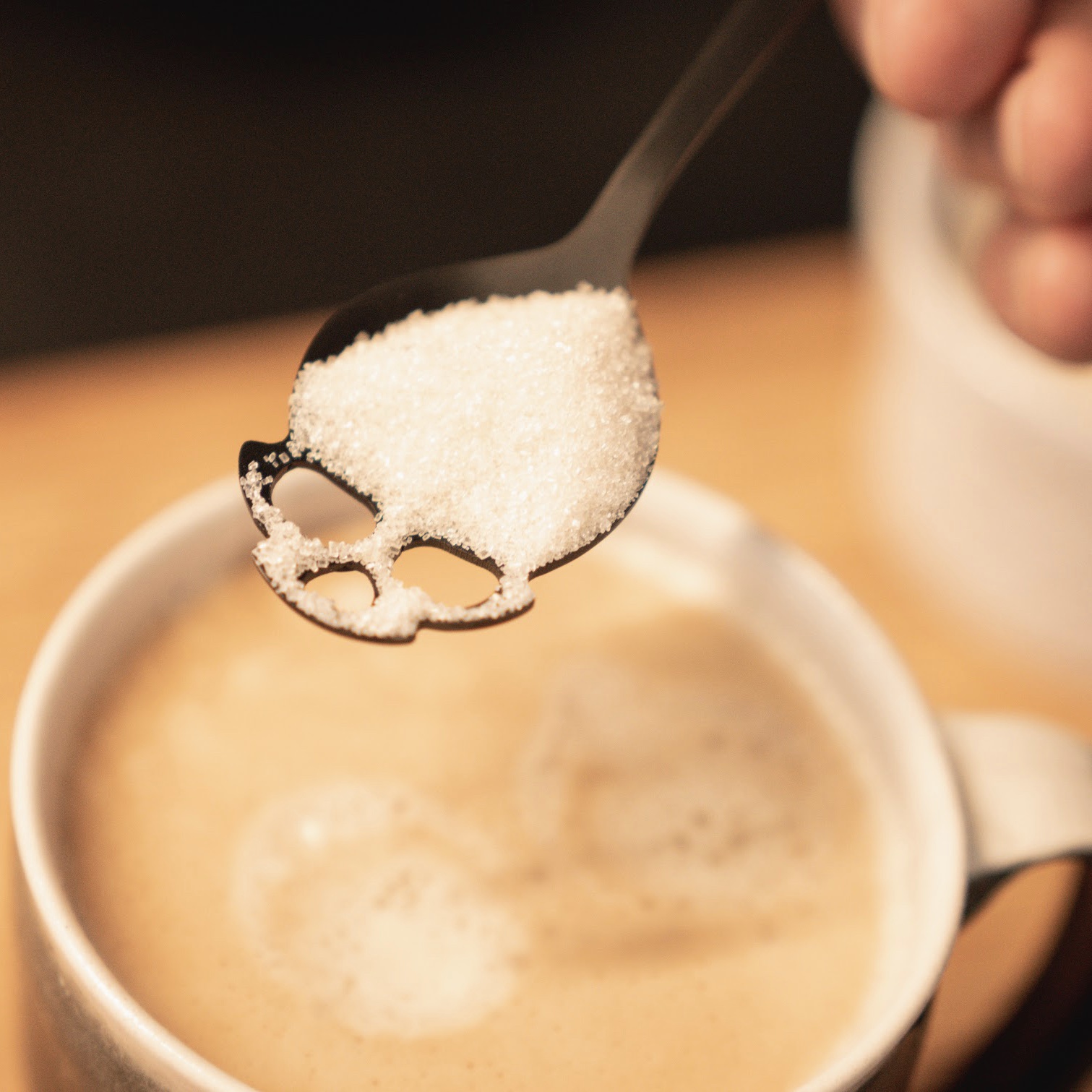 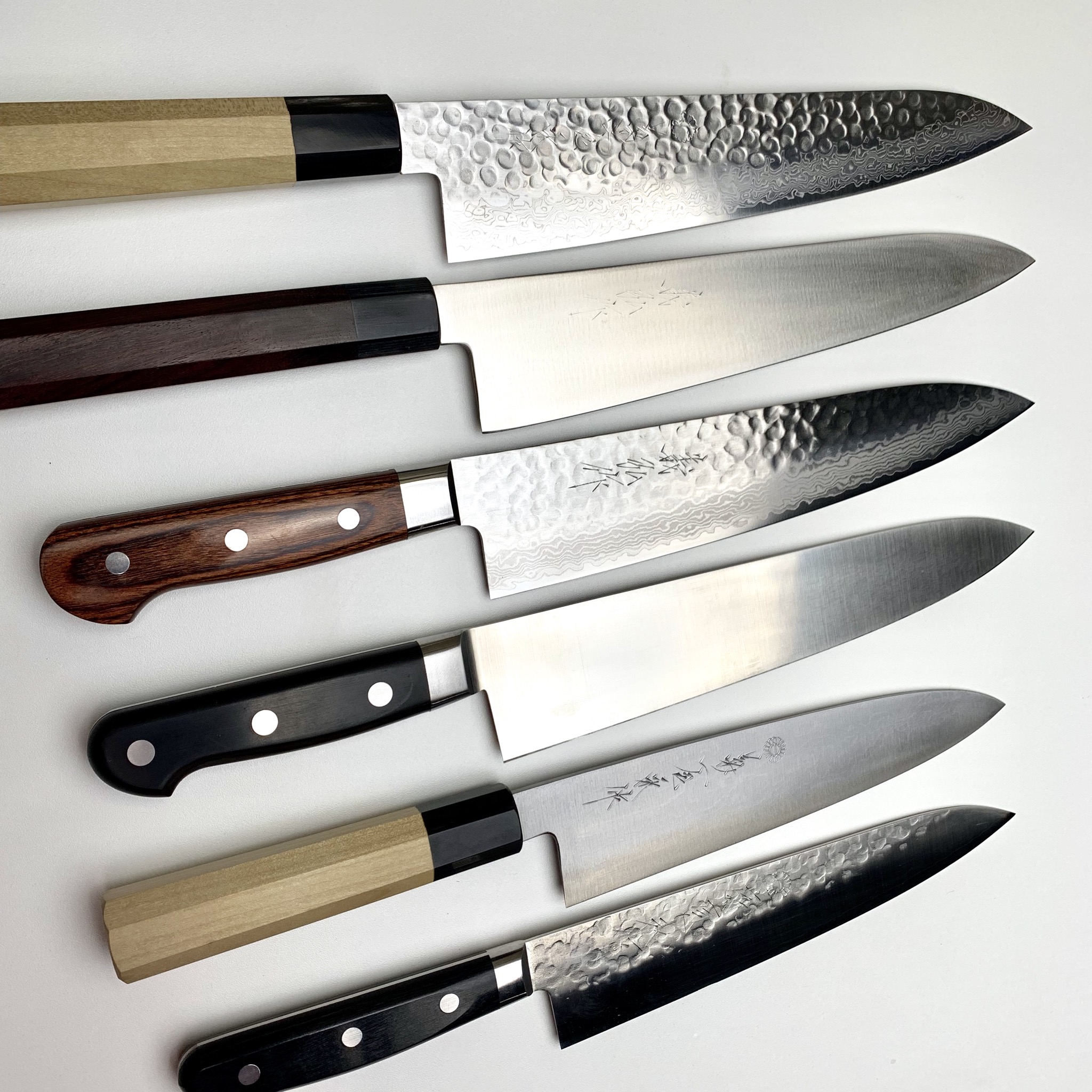 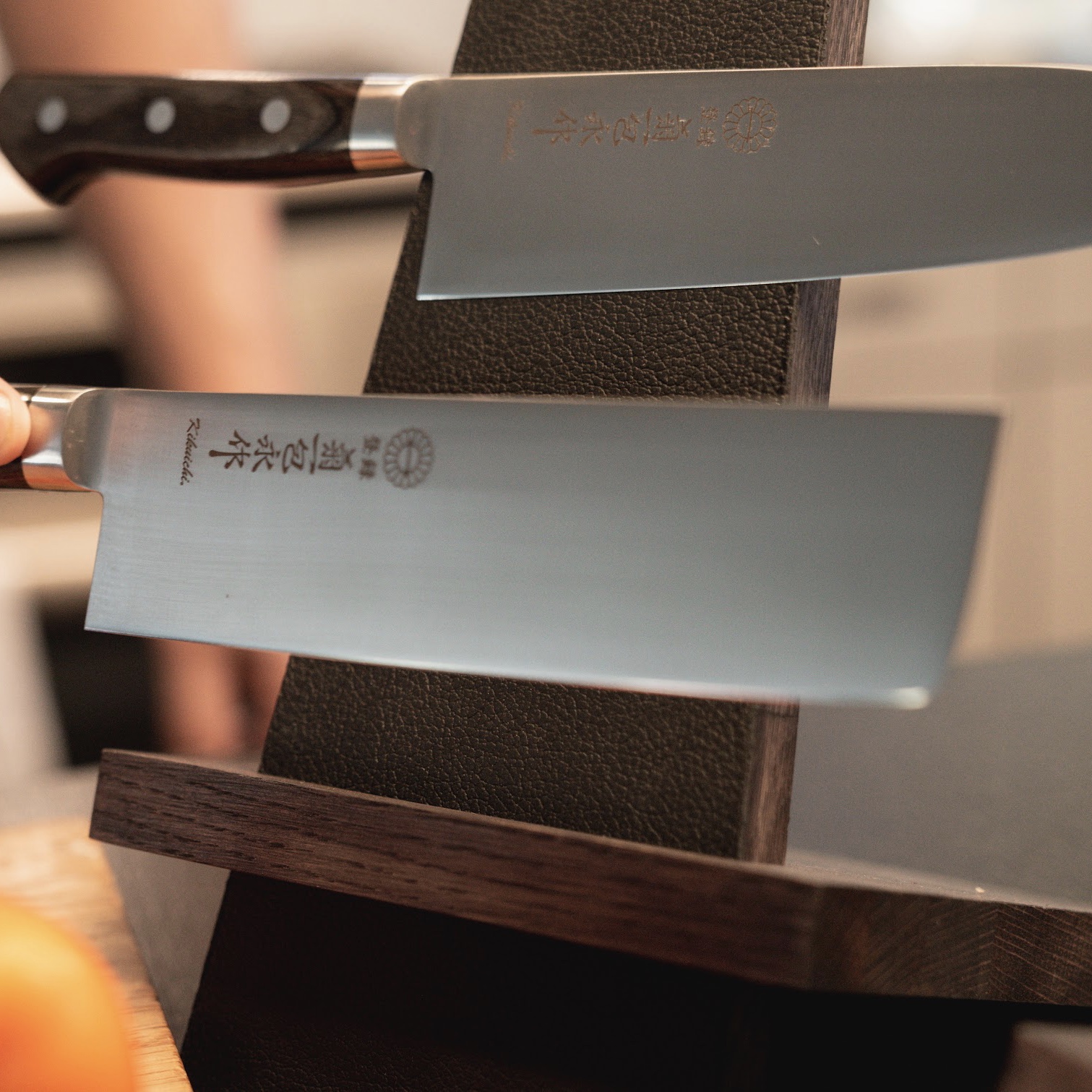 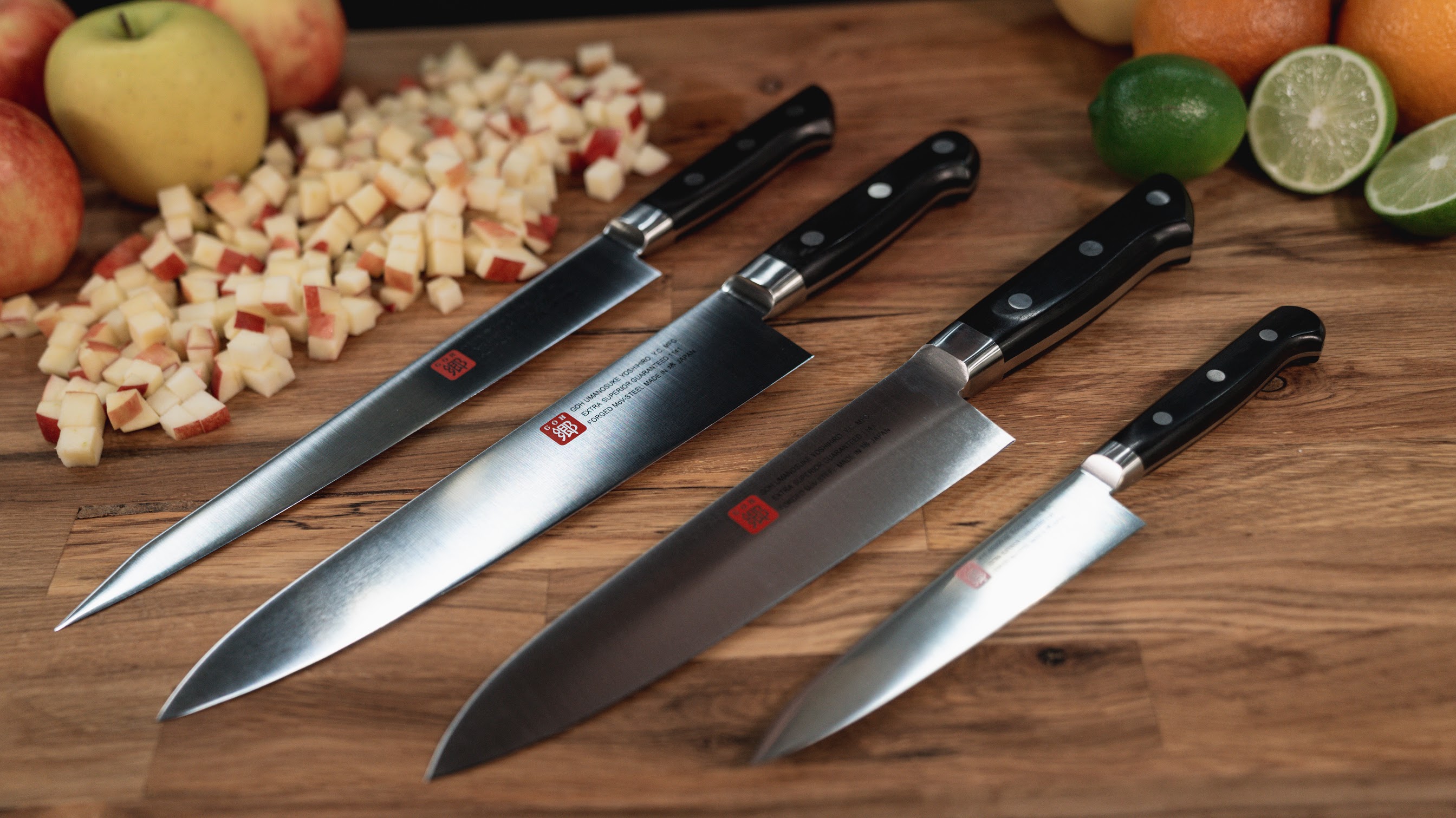