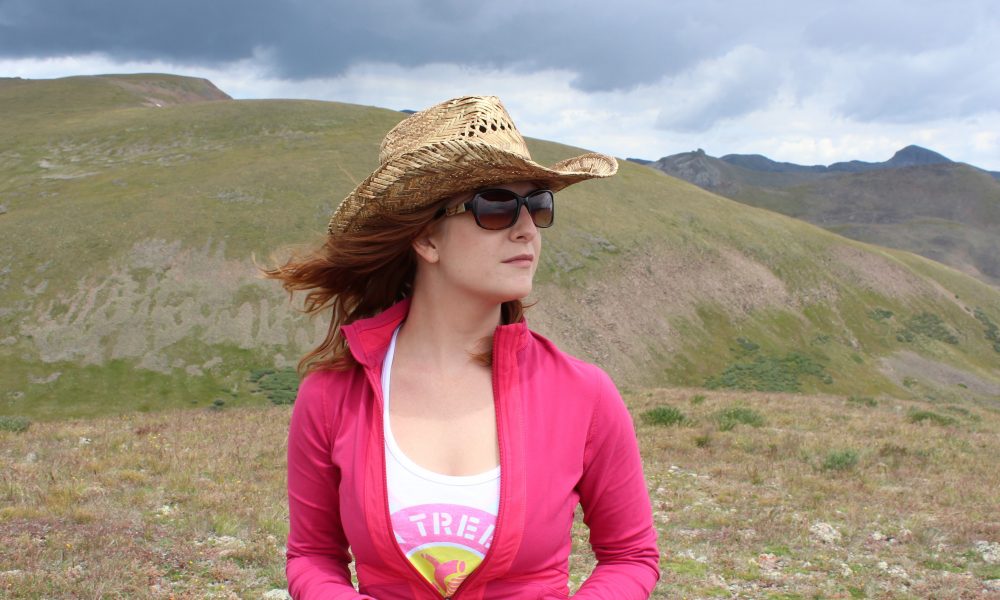 Today we’d like to introduce you to Emily Van Fleet.

Thanks for sharing your story with us Emily. So, let’s start at the beginning and we can move on from there.
I was hooked on theatre early on in life and never looked back. My dad was and still is a theatre artist, so as a child I’d follow him around the theatre watch him and his fellow actors work scenes in rehearsals and hang out backstage during performances. Shakespeare was my favorite. I would observe and learn and soak it all in. I was a sponge. Occasionally, I got to play walk-on roles in a couple of shows he directed or produced that led to me seeking theatre opportunities elsewhere including, at age nine, playing “Nose” (that’s right, an actual nose) in a play called Major Parts and his Bodyworks Band with the Denver youth theatre, Kidskits. After that, I was involved in community theatre participated in every school play that would have me and attended summer camp at Perry-Mansfield in Steamboat Springs. I had grown up singing in church with my mom listening to Broadway soundtracks and harmonizing to music on the radio but it was mostly a casual interest one I never thought I could make a career out of. It was my summer at Perry-Mansfield and the influence of the artists and instructors there that truly ignited my love for musical theatre.

After that, I worked professionally during high school and college often as an assistant stage manager paired with a small speaking role and then eventually worked my way into supporting roles and consequentially leading roles. I attended the University of Northern Colorado, majoring in Musical Theatre and then moved to New York City, as many young, doe-eyed theatre hopefuls do. New York was equally the most inspiring and the most disheartening place I’d ever been. I loved the city its culture, the people, and especially the person that I was becoming there, but I wasn’t able to get my career off the ground. I hated the “game,” the networking, which seemed to my 23-year-old self as fake people making fake friendships with other fake people in order to get jobs. Auditions were soul-sucking and rejections were status quo. As a New Yorker, I was savvy and confident about a lot of things except for my career. I became hard and bitter about the business I stopped auditioning, and instead became very good at waiting tables and then out of the blue, I reconnected with a college friend Nathan Jones, who I always had the biggest laughs and the best conversations with.

We started dating and then got engaged. In a blink, we were married and had moved to Las Vegas where he was to attend grad school. I didn’t want to leave NYC, but I was not making headway there so I figured a change was in order. Who knows? Maybe Las Vegas would be easier. Las Vegas was HARD. I was plucked out of a city I adored and dropped freshly married into a desert oasis focused primarily on tourism and entertainment but mostly not the kind of entertainment I was good at (and if it was, the jobs were few and far between). I knew no one had no purpose, no car, and no hope. I was in a rut, I was lost, and worst of all in my mind, I was a failure. But you know, the funniest thing happens when you are in that state of mind. You either succumb to that feeling (which I did a lot at first) or you pull yourself up by your bootstraps and you make things happen for yourself. I reached out to the owner of a dance studio that was opening in my neighborhood and I said, “You need a theatre and voice teacher here. You should hire me.” And she said “Okay,” and gave me a job teaching kids musical theatre dance, audition techniques, and voice lessons. This led to directing musicals at a local Montessori school. During my time as a teacher, I learned a lot about my craft and developed the skills and confidence I needed to reignite my passion and drive for my career in theatre.

I started submitting myself for any play in the country I knew was auditioning, offering to put an audition on tape, and even travel to the audition in person wherever it happened to be. This ironically led me right back to my home state of Colorado when I booked my first summer contract at Creede Repertory Theatre. After that, the work started coming in slowly for a year or two and then snowballed as my reputation and experience gathered steam. Most of it was in Colorado which my husband and I took as a sign that we should move back. We returned to Denver in 2015 and since then I’ve performed in over 30 productions directed a full scale musical and co-authored and directed two Shakespeare adaptations for young performers. This coming year I will once again be a member of the Arvada Center’s Black Box repertory company, directing a production of Shakespeare’s A Midsummer Night’s Dream and performing in both Murder on the Orient Express (adapted for the stage by Ken Ludwig) as well as a play almost completely without dialogue called Small Mouth Sounds (by Bess Wohl) about a silent yoga retreat. After that, who knows. The life of a freelance artist is never dull. I am so grateful for this home of mine, this dynamic theatre community and the love it has shown me.

Has it been a smooth road?
Things are going very well for me now, but I try to never take success for granted because I have experienced how hard it can be to be an out-of-work theatre artist. I had a very tough time in my early career trying to gain any sort of momentum. I look back on that time and I realize that honestly the biggest setbacks I experienced were in my own head. I spent a lot of time in my early 20s feeding the self-criticism and doubt convincing myself that I wasn’t good enough, smart enough, or skinny enough. Certainly, there were circumstantial factors as well but I have always been a firm believer that we have a lot more power in the creation of our reality than we often give ourselves credit for. When I believed those negative things, guess what? They were true. When I actively shut out the negativity and began taking action towards achieving my goals, that’s when the work started coming in. This is something I still have to focus on because those self-deprecating thoughts have a tendency to creep in. I think all theatre artists have to be mindful of this because the job is one in which you must put all of your vulnerability on the table only to be judged regularly by others. It’s very hard to keep a strong, healthy sense of self through that.

Please tell us more about your work, what you are currently focused on and most proud of.
I am a freelance theatre artist (actor, director, and playwright), and I am a proud member of Actor’s Equity Association. I grew up loving Shakespeare, but quickly developed a passion for musical theatre as well. For a while, there was this idea floating around the theatre world that you are either a “serious” classical actor or a musical theatre actor but never both I think casting directors had trouble categorizing me but I never wanted to fit into one box. Now I think it’s my biggest strength. The fact that I am very comfortable performing a variety of styles and genres is what makes me unique and attractive particularly to repertory theatre companies. I think that must be why I have done so much repertory theatre throughout my career because rep requires you to play multiple roles in multiple plays all performing in rotation. It forces you to stretch and grow beyond what you think you’re capable of this experience has been invaluable to me and has taught me a lot about what it takes to be a good director and playwright as well.

And before my 20 or so years of professional experience, I grew up in the theatre. I think that my involvement in it from such a young age gave me a foundation and an instinct for good storytelling that guides me in everything I do.

Is our city a good place to do what you do?
I think Denver is an incredible place for theatre. There are so many phenomenal organizations doing important, exciting, and dynamic work – and more are opening every day! I would encourage anyone interested in theatre to absolutely get involved. The Colorado Theatre Guild (www.coloradotheatreguild.org) is an excellent place to seek job openings and get news on what’s happening. I am proud to be a part of a community that offers a plethora of opportunities to artists and puts diversity, equity, and inclusion at the forefront of the conversation. A lot of efforts are being made towards equal representation on stage and among our audiences but I would like to see more I would also like to see more women and people of all colors, gender identities, orientations, and abilities in leadership positions and on theatre boards. 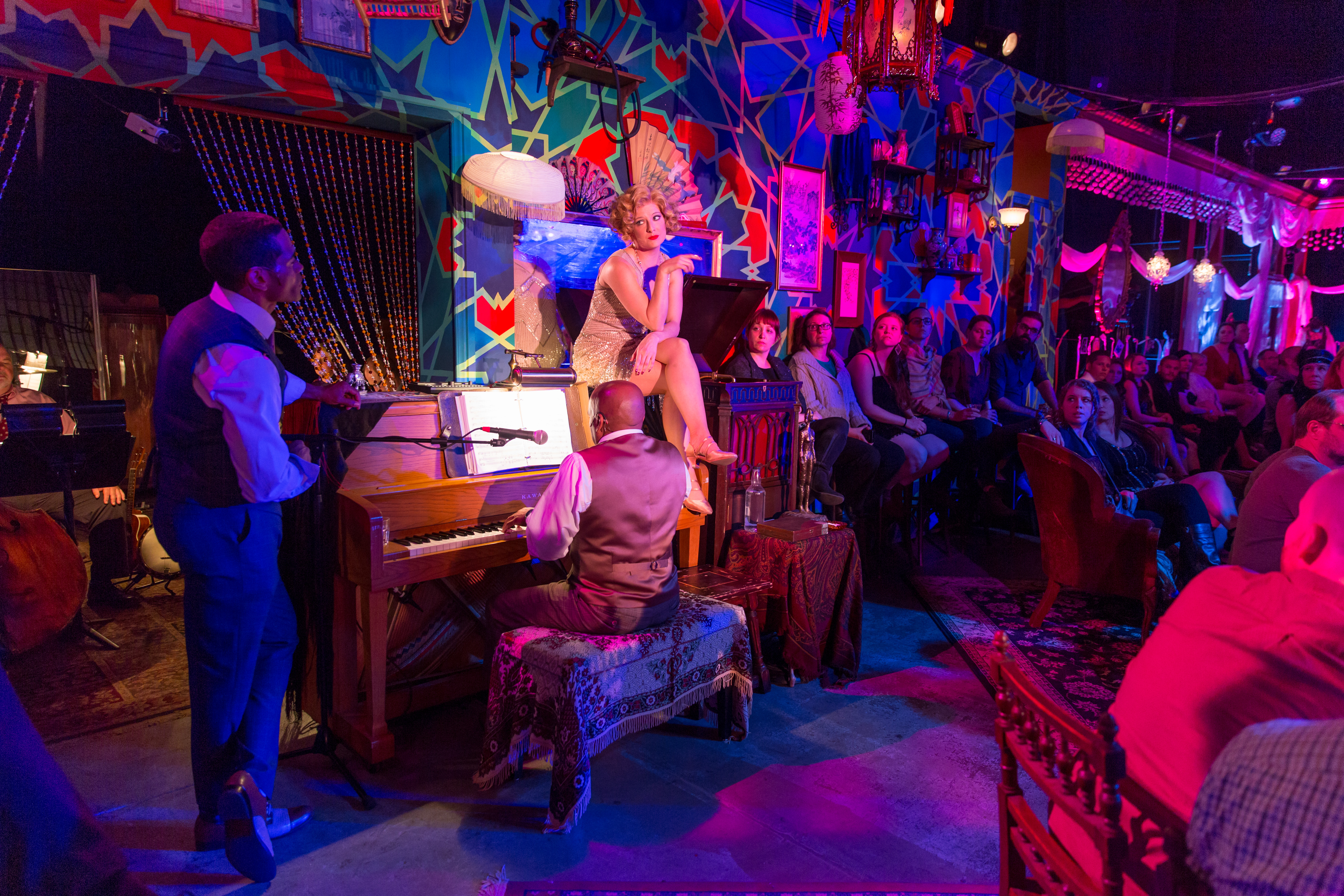 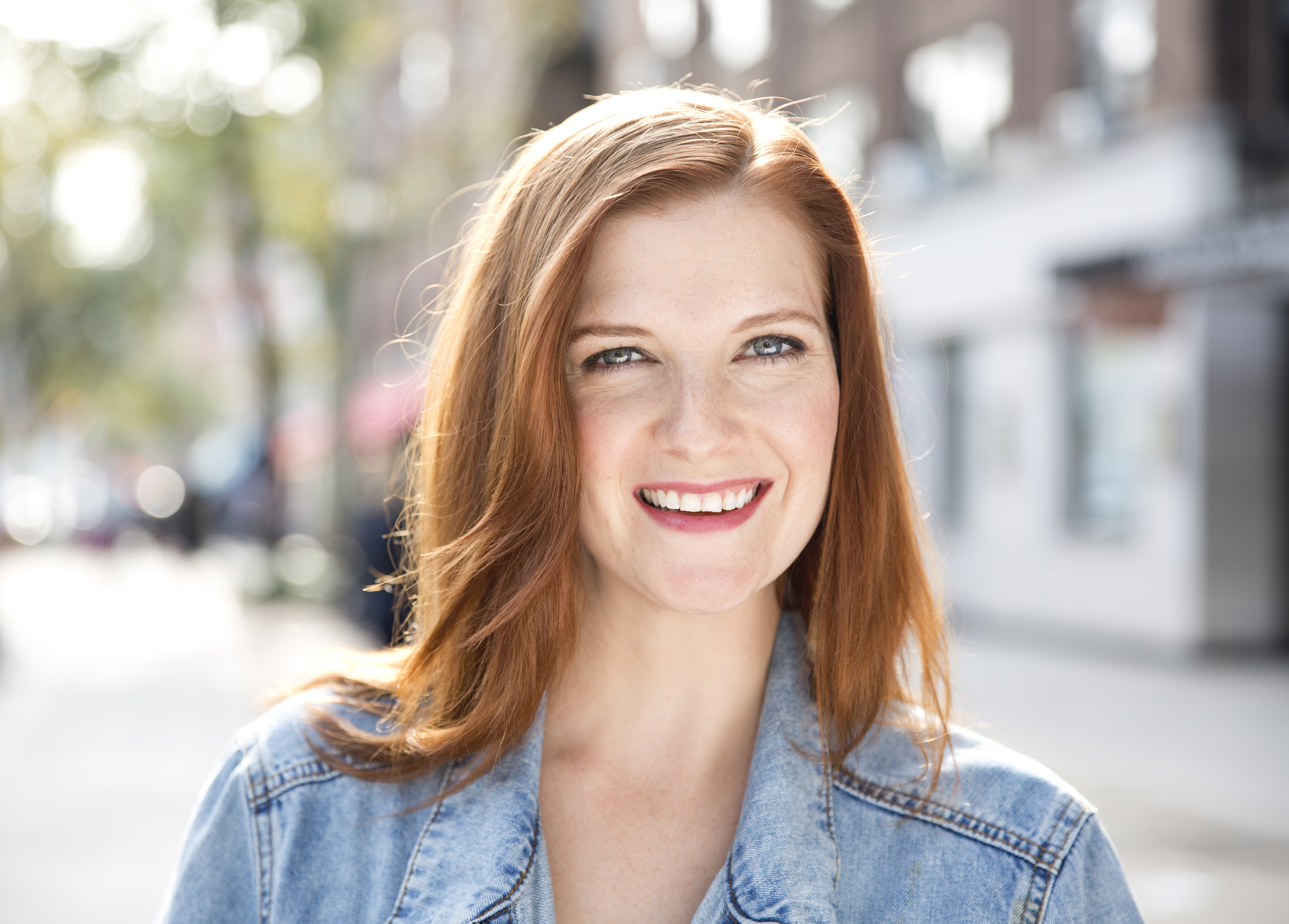 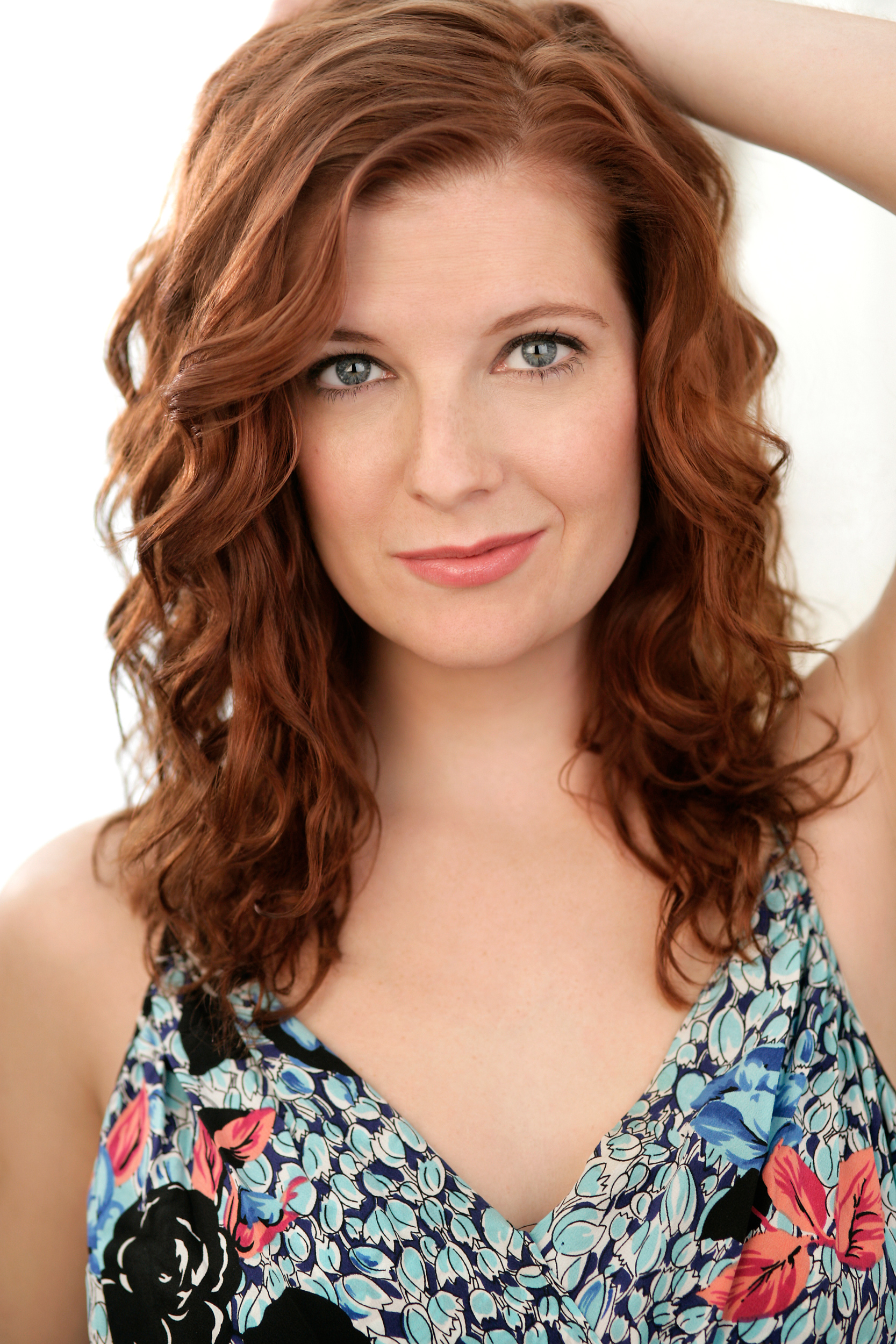 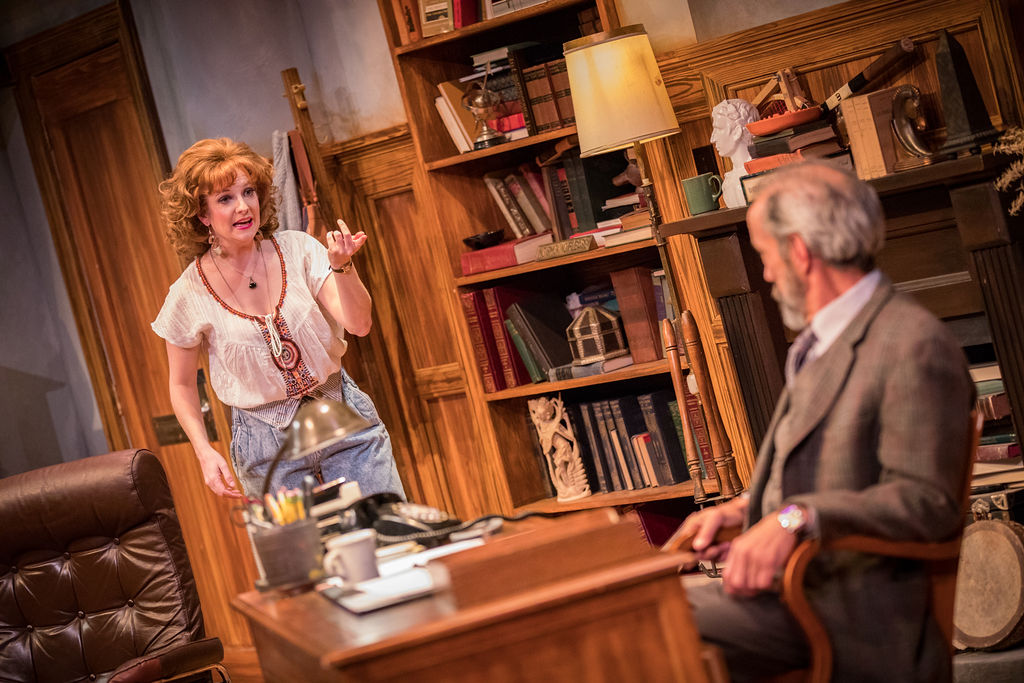 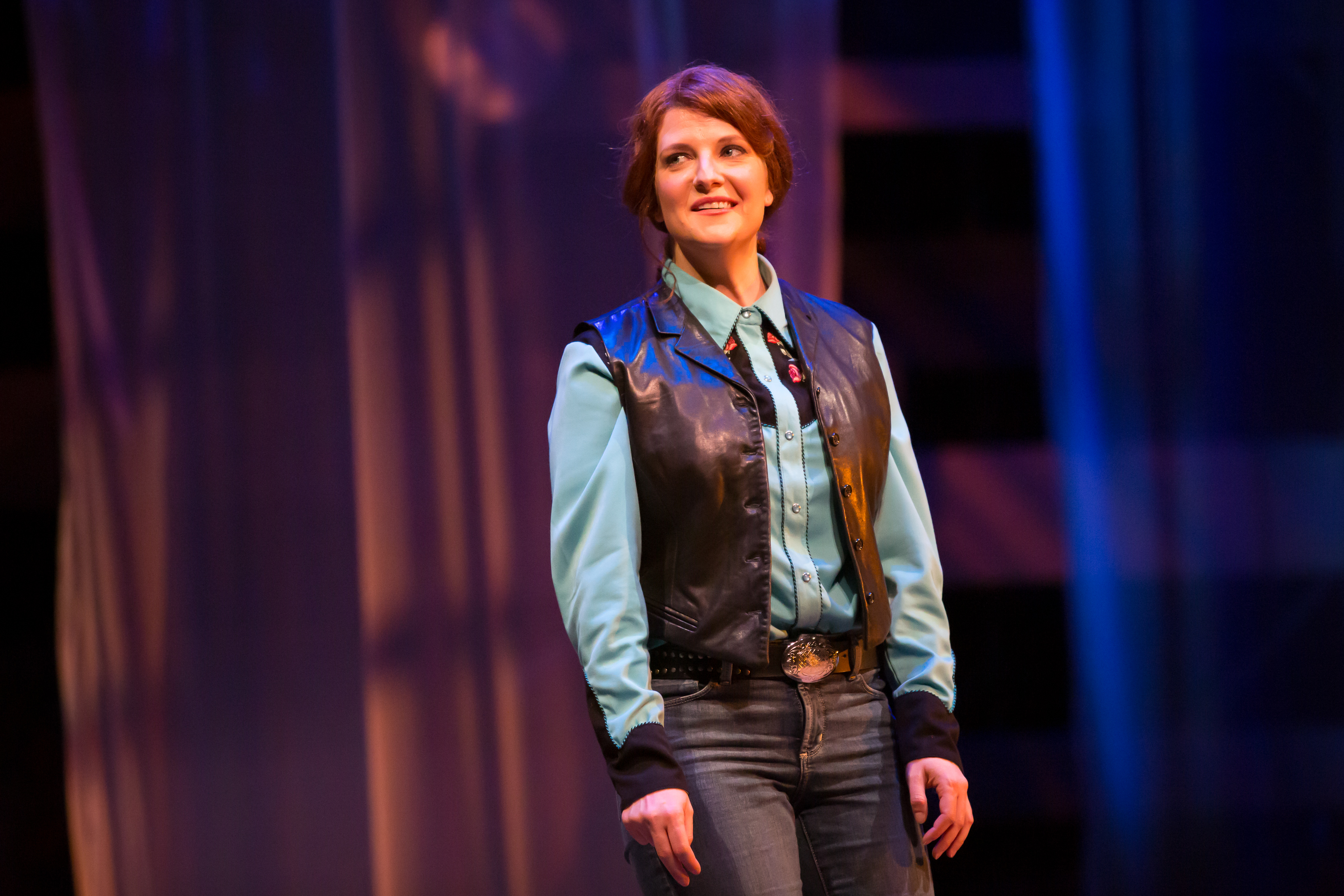 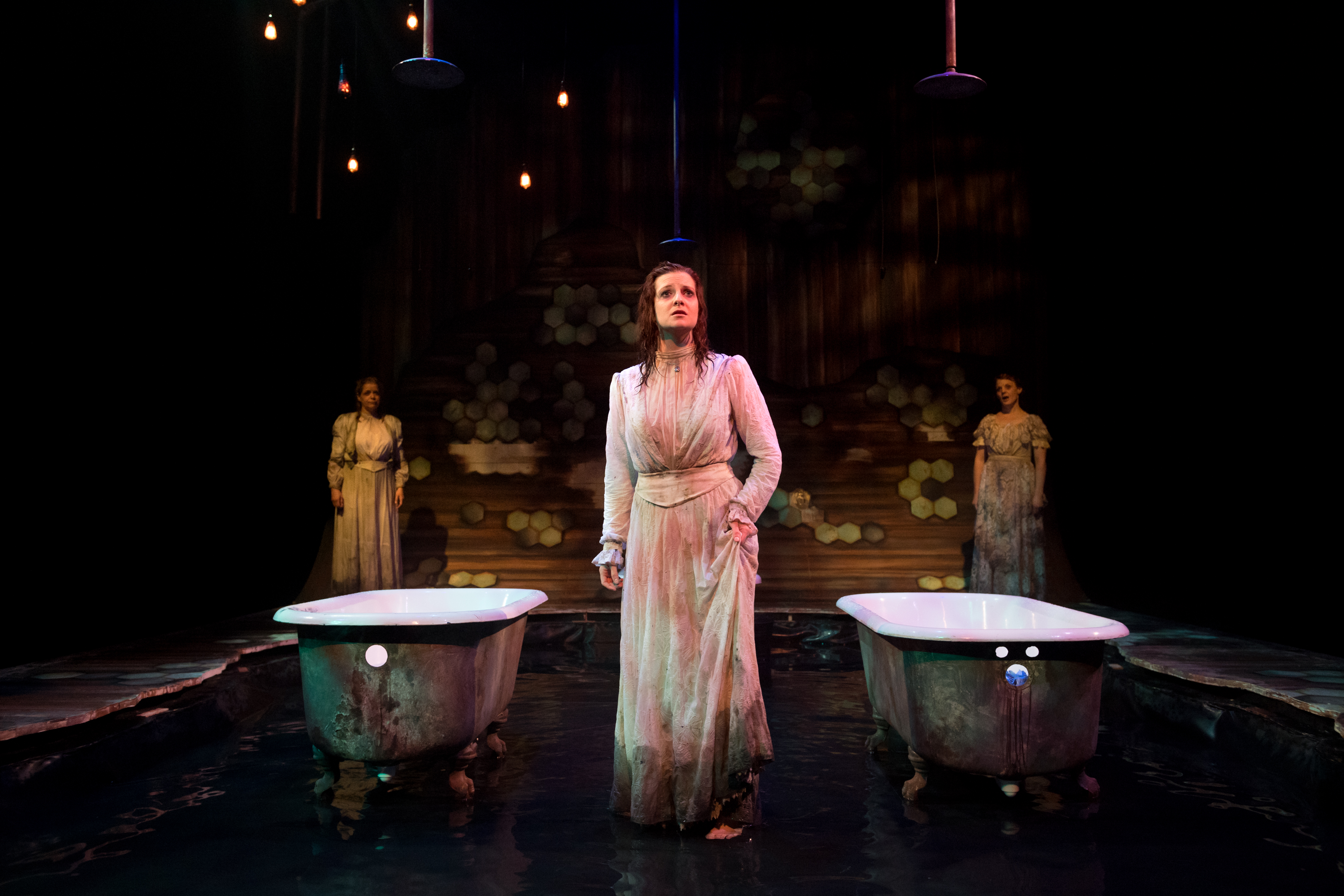 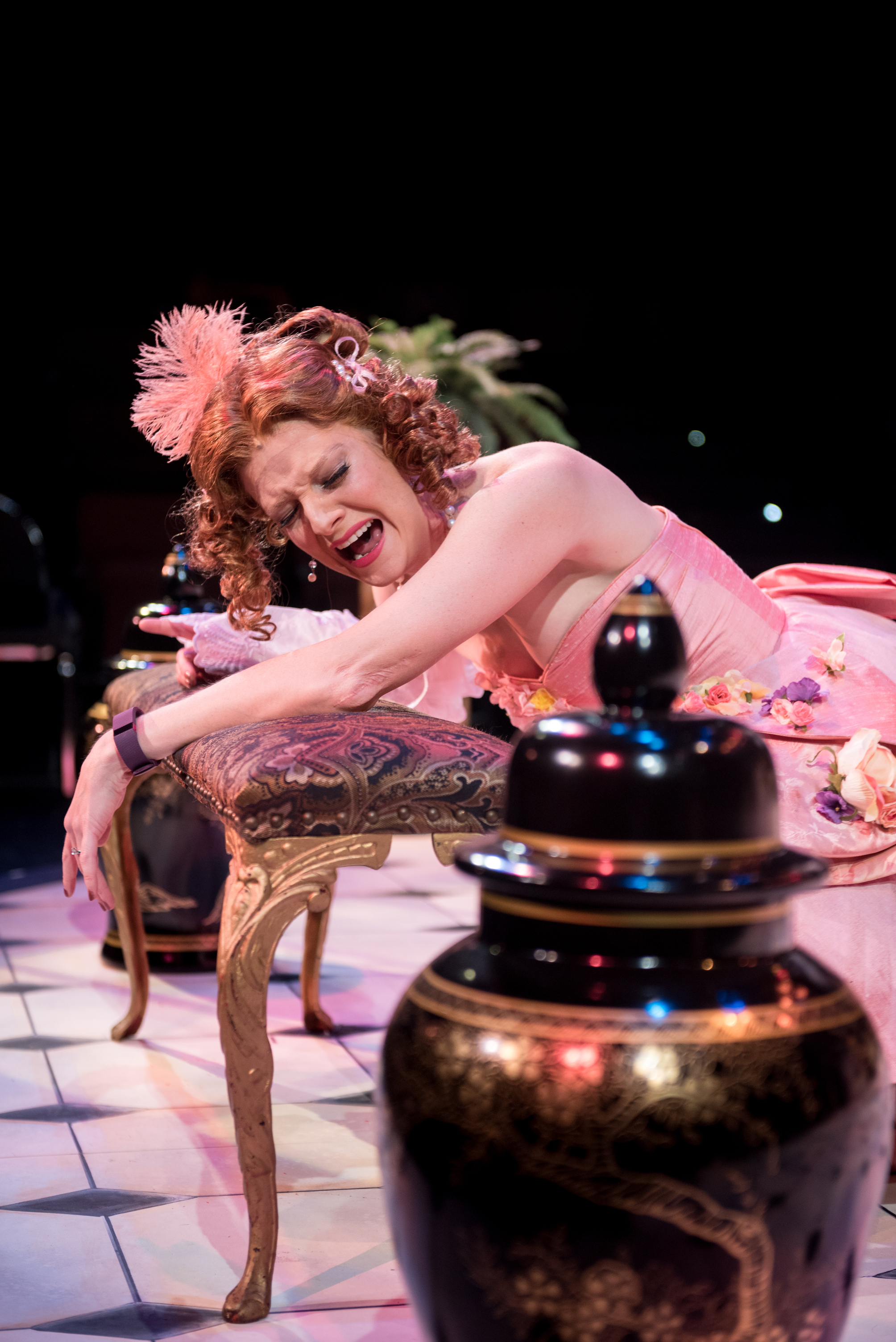