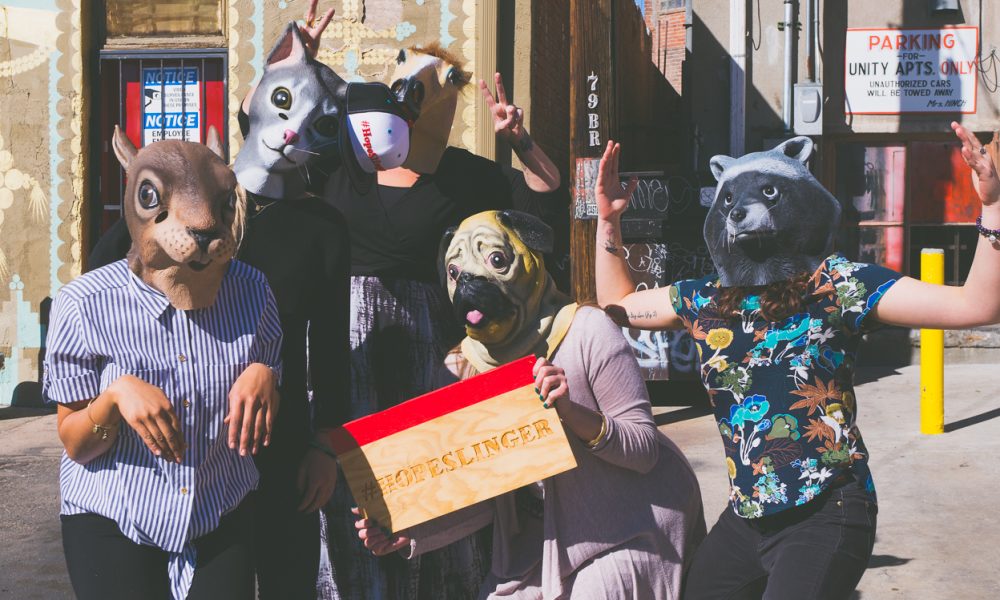 Today we’d like to introduce you to Erika Righter.

Erika Righter is the founder of Hope Tank, a social enterprise (Business for Good) boutique in Denver, Colorado. Born and bred in Boston, MA and raised by an entrepreneur and an inner-city educator, Erika had ‘Social Enterprise’ in her DNA. From an early age, Erika knew she wanted to help people in her community, and in 2001 she received a Bachelor’s of Social Work from the University of Vermont. During her college years, Erika’s focus was on working with homeless and incarcerated teens, and it was there that she was first exposed to youth who had come out of the foster care system.

Generational poverty would be a repeating theme in her work as a social worker and that continued as she moved to Colorado, where she started working with adults in need of emergency case management. She went on to serve low-income senior citizens, and then she licensed foster care homes and adoptive families. She became a licensed foster parent to a teen mom and her two small children, in order to see what foster families were dealing with that social workers needed to know. While working for various nonprofits, Erika faced the challenges that come with trying to introduce creative solutions within often understaffed and underfunded agencies.

In 2011, Erika won a scholarship to attend the South By Southwest Interactive Conference, thanks to a proposal for how to leverage technology to have impact in the community with a large Denver music festival as the inspiration. It was at SXSW that she met like-minded professionals who agreed that thinking outside of the box was the only way to really help underserved populations. It was there that the idea of starting a for-profit Social Enterprise really became a concrete goal.

In 2012, the adoption/foster care agency that Righter was working for closed down suddenly, and she found herself at a crossroads. She could either continue as a nonprofit worker or become a bridge for the nonprofit world to the rest of the community. She decided to take the plunge and established Hope Tank, a gift store with a social mission in February of 2012. While growing Hope Tank, Erika continued to work in the social work field as a Chafee worker with youth aging out of the foster care system.

Erika relocated the store in 2013 to the up-and-coming Baker neighborhood in Denver, and she committed herself full time to building the business to its full potential. Erika sees Hope Tank as a platform to engage the community in giving back in meaningful ways. The power of Hope Tank is that it is accessible to people of all ages, backgrounds, and socioeconomic status. Hope Tank breaks down barriers between the average person and their perceived lack of ability to affect change.

Entering the eighth year in operation, Hope Tank has become a hub for changemakers, students, dreamers, business owners, as well as those who are underserved like our veterans, disabled artists, and at-risk youth. The store sees around 40,000 customers come through the doors annually, and that means 40,000 touch points for our awesome nonprofit partners which have the potential to turn those customers into donors, volunteers, and allies.

In addition to running the store, Righter consults with for-profit businesses about their giving plans, does speaking engagements for people all ages to learn about how they can affect positive change in their communities, and also mentors diverse populations to help them achieve financial success through commerce. Erika credits unique collaborations with other businesses as key to the success of the work she does. Erika believes that Business for Good is here to stay and that all types of businesses, whether small or large, need to look at their impact in the community in order to grow to their full brand potential. She serves on the Mayor’s Office of Strategic Partnerships to advocate on behalf of small businesses and nonprofits that work with the City of Denver.

Erika’s most recent impact project is called The Hope Slinger’s Guide to Denver. The concept came out of the nearly constant requests she was getting for connection to minority and women-owned businesses, and came to life when local Ink! Coffee put out incredibly offensive sidewalk signs making light of gentrification in a historic black neighborhood in Denver. Righter wanted to make it easy for people to find inclusive businesses that the community could support in their everyday lives. The guide is a free, open-source directory of businesses that are Women/Person of Color/LGBTQ/Indigenous- owned or give back. She has teamed up with Meow Wolf to bring this guide to be a more user-friendly, beautiful guide that not only Denverites can use, but businesses, local guides, networking groups can use to be intentional about supporting small business.

Righter is also organizing a team of nonprofit and for-profit leaders and potential partners and sponsors, to build an interactive booth inside Hope Tank, that will allow people to watch videos from local nonprofits and groups and respond in real time to questions about what the content motivated them to do- donate, volunteer, share, get involved. They will have a touch screen where they can sign up to donate, volunteer, or get involved. There will also be a camera set up to allow people to make their own videos and responses to the content. The goal is to capture data from the people that we are getting into the store and provide that to our local nonprofits and to the community, in order to create content that speaks to people outside of the nonprofit community.

Has it been a smooth road?
Does divorce count as a “bump in the road”??! When I started Hope Tank, I was pregnant, recently unemployed, and my then-husband had also been laid off. It was not a smooth road right from the jump, but the fun part of that is it didn’t feel like it could get scarier, so it was kind of freeing! I had my second child 22 months after my first, so I would say that having two kids in the first three years of starting a business, would not be my first choice, but I wouldn’t change it for the world! As a now divorced mother of a four and a six-year-old, and a successful business owner, I think that I offer hope to other parents with small businesses! You can do things you never thought possible, because of your kids, not in spite of them!

We’d love to hear more about your business.
Hope Tank is a gift store that gives back and connects the community to grassroots organizations and resources that they can have great impact on. We are known for selling really FUN, unique, awesome products that you won’t see everywhere. We are known for greeting EVERY SINGLE customer who comes through our door with what our mission is, and we acknowledge their role in our community.

I am proud of how many people we have touched over the years, often putting a smile on their face, and bringing them into the conversations around justice, equity, inclusion, and access. We break down the perceived barriers that exist between people and nonprofit work, which is often assumed to be financial. We show people that they have valuable resources that go far beyond their wallets, and we educate them about how to use them!

Is our city a good place to do what you do?
I think that Denver is a very tough place to start a small business if you are a woman or a person of color. What is awesome about Denver is that it is a very small city, so you can make a name for yourself more easily than in other large cities, and you can build a loyal customer base. It is not a welcoming place for brick and mortar businesses, due to rapid gentrification and therefore bloated commercial rent rates.

I think that Denver sometimes has a low bar for excellence in certain fields, and it’s more about who you know than the quality of your work. I am committed to working against that dynamic, by drawing attention to all of the micro businesses that are often left out of the game. I have grown an incredible community around me, and believe that we have to lift other businesses up, in order to survive, and I genuinely love collaborating.

I also see huge opportunities being missed in terms of investing here when it comes to incredibly innovative women and minority-owned businesses, and don’t really see people putting their money where their mouth is when they talk about “impact investing.” I want Denver to prioritize micro businesses over big business, and acknowledge that the things that make Denver awesome need to be sustained and supported!

Procurement for those same women and minority-owned businesses in the City is also woefully underwhelming. I am also meeting with people in all sectors to talk about re-evaluating their procurement processes, in order to change that status quo and to improve their brand as a result. 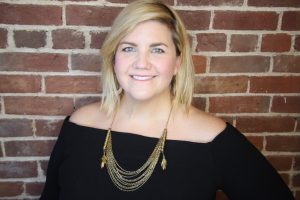 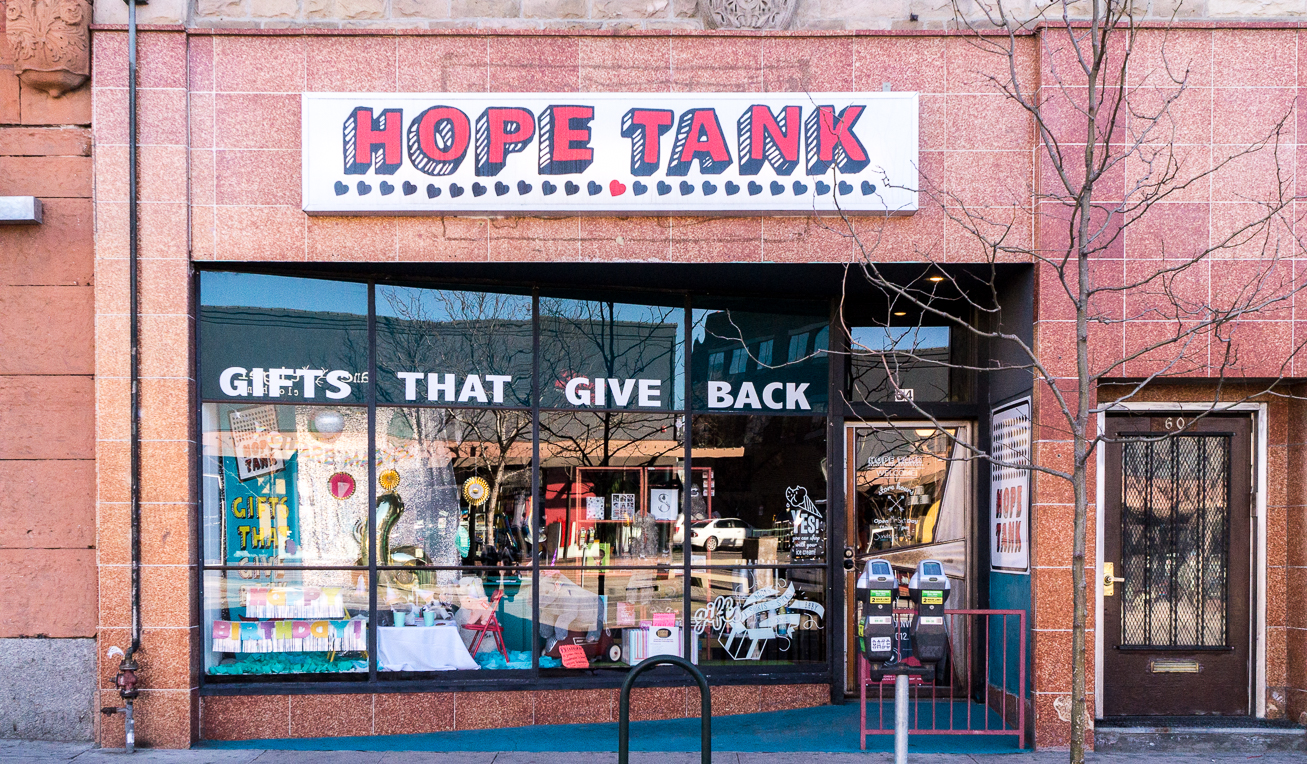