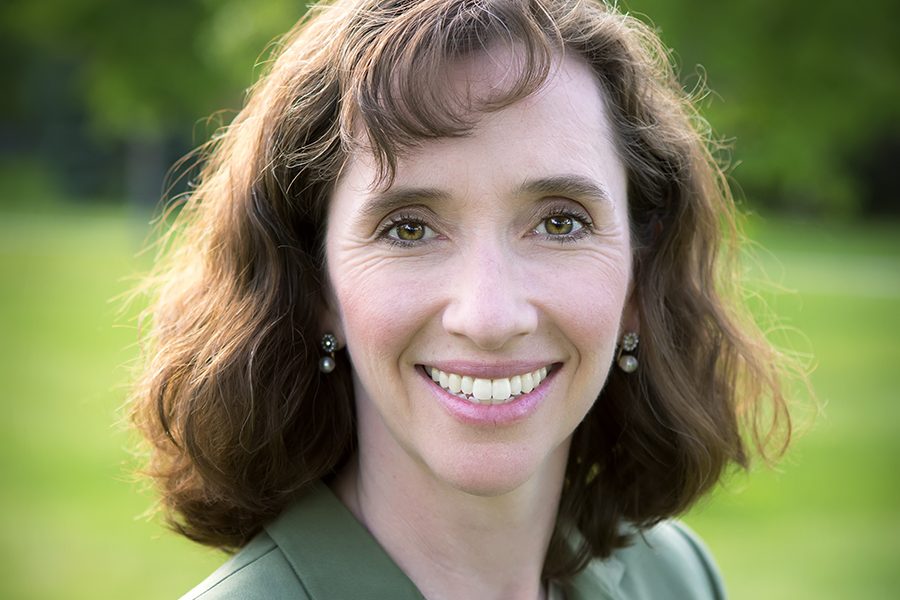 Today we’d like to introduce you to Erin Hottenstein.

Erin, let’s start with your story. We’d love to hear how you got started and how the journey has been so far.
A series of events motivated me to start Colorado 50-50. The election of 2016 was a shock. It was not just that Hillary Clinton lost, it was that Donald Trump won. If it had been a different Republican man, I would’ve felt differently, but it was a man who had shown himself to be terribly disrespectful to many groups of people (including women) and had numerous allegations of sexual assault against him.

The next event was the Women’s March. I did not attend, but I watched online as 2 million mostly women around the world protested. Their peaceful demonstrations were totally awe-inspiring and I couldn’t help but feel the incredible shift in energy. Women were ready to step up in ways they hadn’t before.

The last event was the day that Senate Majority Leader Mitch McConnell was dressing down Senator Elizabeth Warren on the Senate floor. “She was warned. She was given an explanation. Nevertheless, she persisted.” It stopped me in my tracks. I thought to myself that he never would have said that to a man – not in a 100 years – and this type of sexism was not going to go away until we got more women in office. That day, I got on the phone with some friends and convinced them that we had to do something to get more women elected.

I want to emphasize here that we are non-partisan. For me, these events are not about party politics, they are about gender. I know Republican women who have been sexually assaulted or who were discriminated against at work. Trust me, they don’t like it anymore than an Unaffiliated or Democratic woman does.

Colorado and the world need the voices of women of all political stripes, women of color, and all those who are underrepresented in government and other positions of power. We are missing so many valuable insights! As a society, we make better policy decisions when there are diverse voices at the table. Many studies of government and business have shown this to be true.

These are the reasons that motivate me to inspire women to get on a path to leadership, to apply for boards and commissions, and to run for office.

Has it been a smooth road?
Starting something from scratch is not easy. No one knew who we were or what we were doing. A lot of people still don’t. It’s a struggle to become known – which we need to do in order to find women in every school district, every town, every county, and every legislative district. We want to encourage, support, train, and raise the visibility of women candidates all over the state. We want all boards – whether elected or appointed, and public or private – to have half womxn (and that is inclusive of people who identify as women or who are gender non-conforming).

Another challenge is the persistent myth about the electability of women. Studies keep showing us that women win just as often – or more often – than men do. The reason we don’t have more women in office is that *they don’t run.* Yet, many people don’t know that women win at equal or better rates. We also have to confront our own biases and stereotypes – about stay-at-home moms, moms who work outside the home, women with children, women without children, and about what politicians “should” look like. There are real double standards when it comes to what experience and requirements we put on women candidates compared to men candidates.

We’d love to hear more about your business.
Colorado 50-50 is an all-volunteer community group. We are non-partisan and we don’t endorse candidates. We post regularly on social media – stories about successful women, women leaders, women politicians, women candidates. We share research that debunks myths about women in politics. We share information about what it takes to run for office. We’re on Twitter, Facebook and Instagram.

The other big thing we do is hold events that demystify the process of running for office. Our Winning With Women event includes a panel discussion of elected women officials about their path to leadership and an intentional networking session. Our socials bring together women who are curious about running for office with women politicians. In 2019, we also showed the new documentary, Councilwoman, which is the story of a Dominican-American hotel housekeeper who won a seat on the Providence, RI, city council. These events allow women to see role models and hear what is possible.

We are proud to partner with other community, civic, and women’s groups to boost the number of womxn leaders in Colorado. 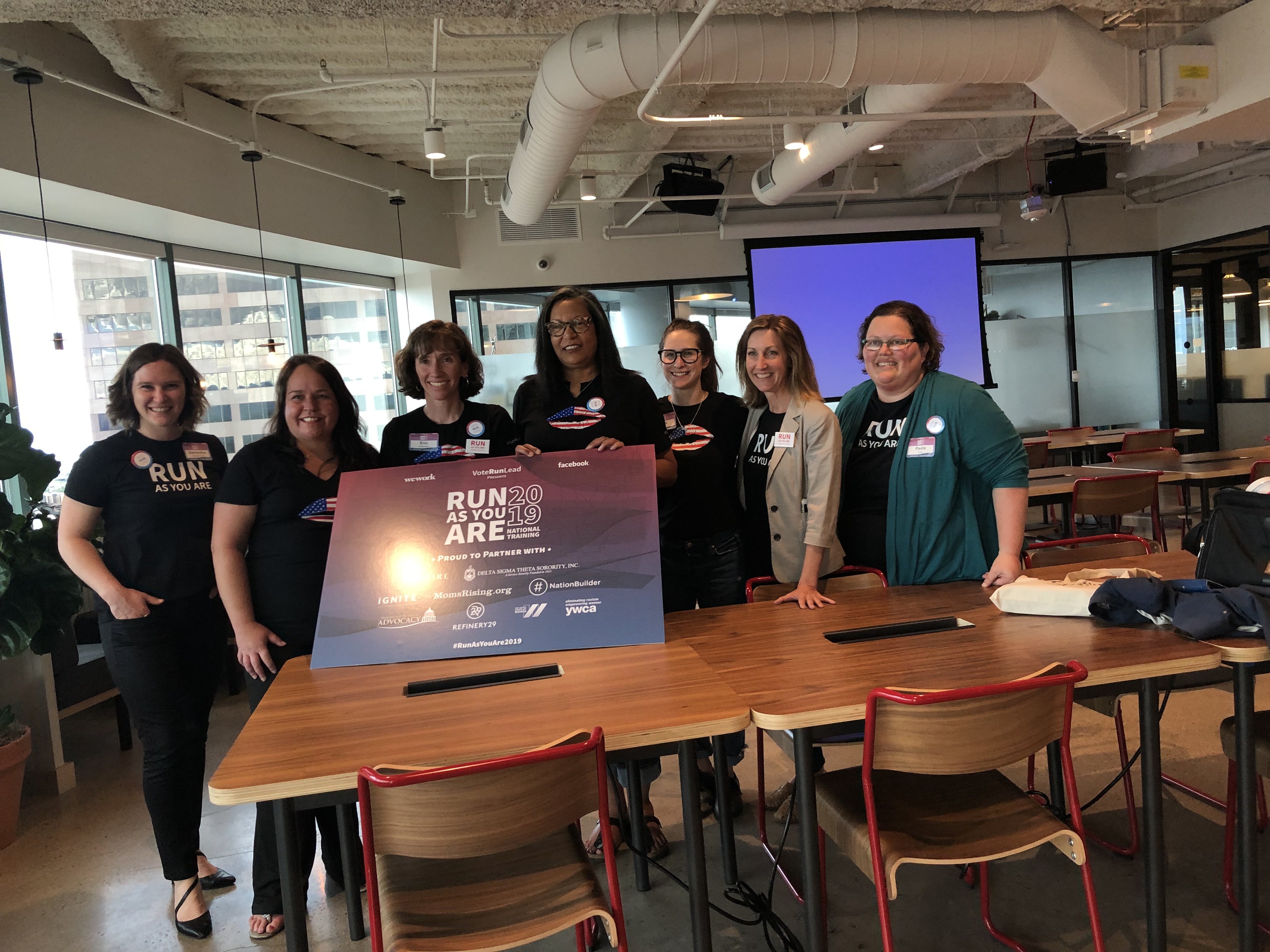 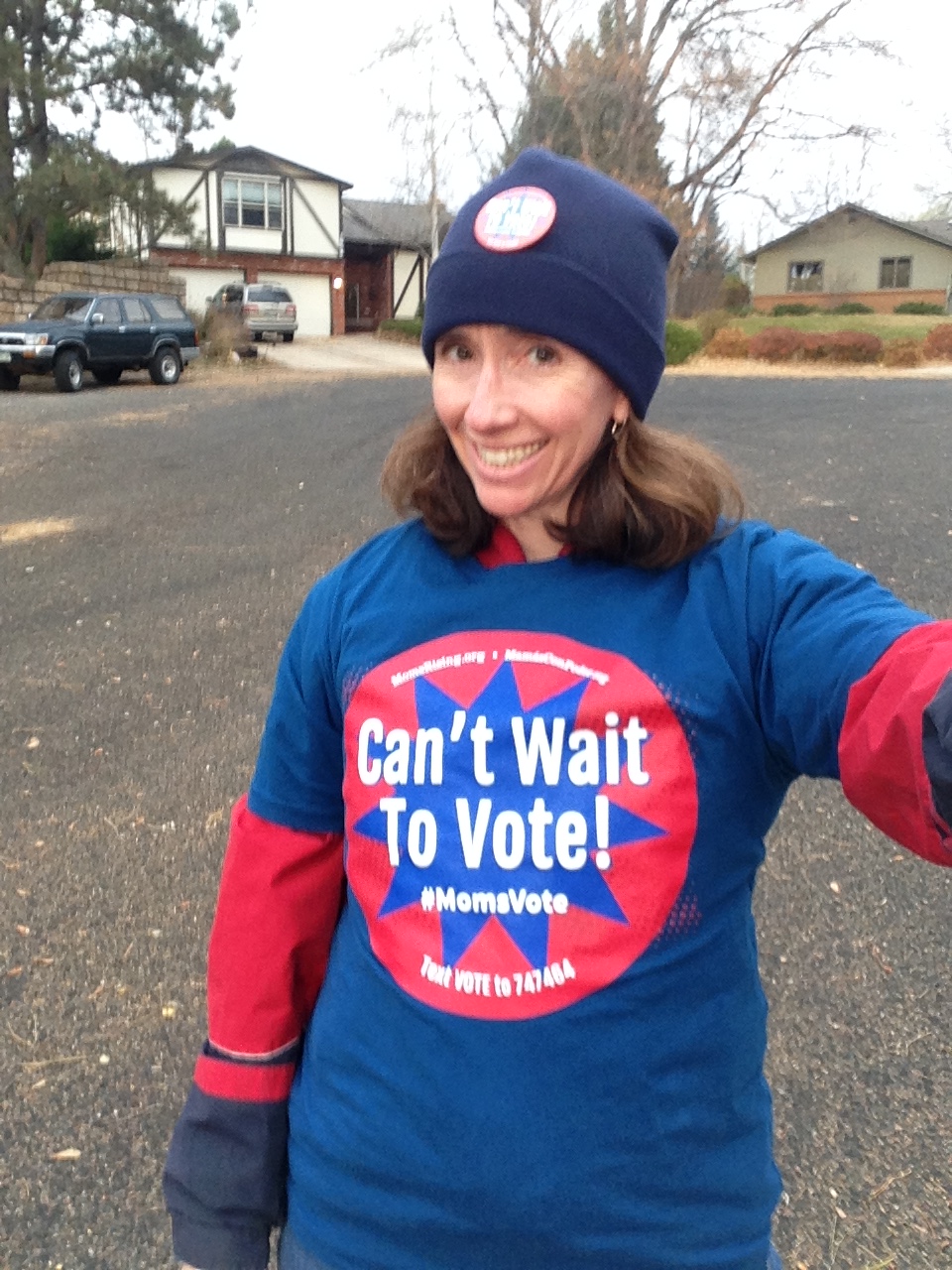 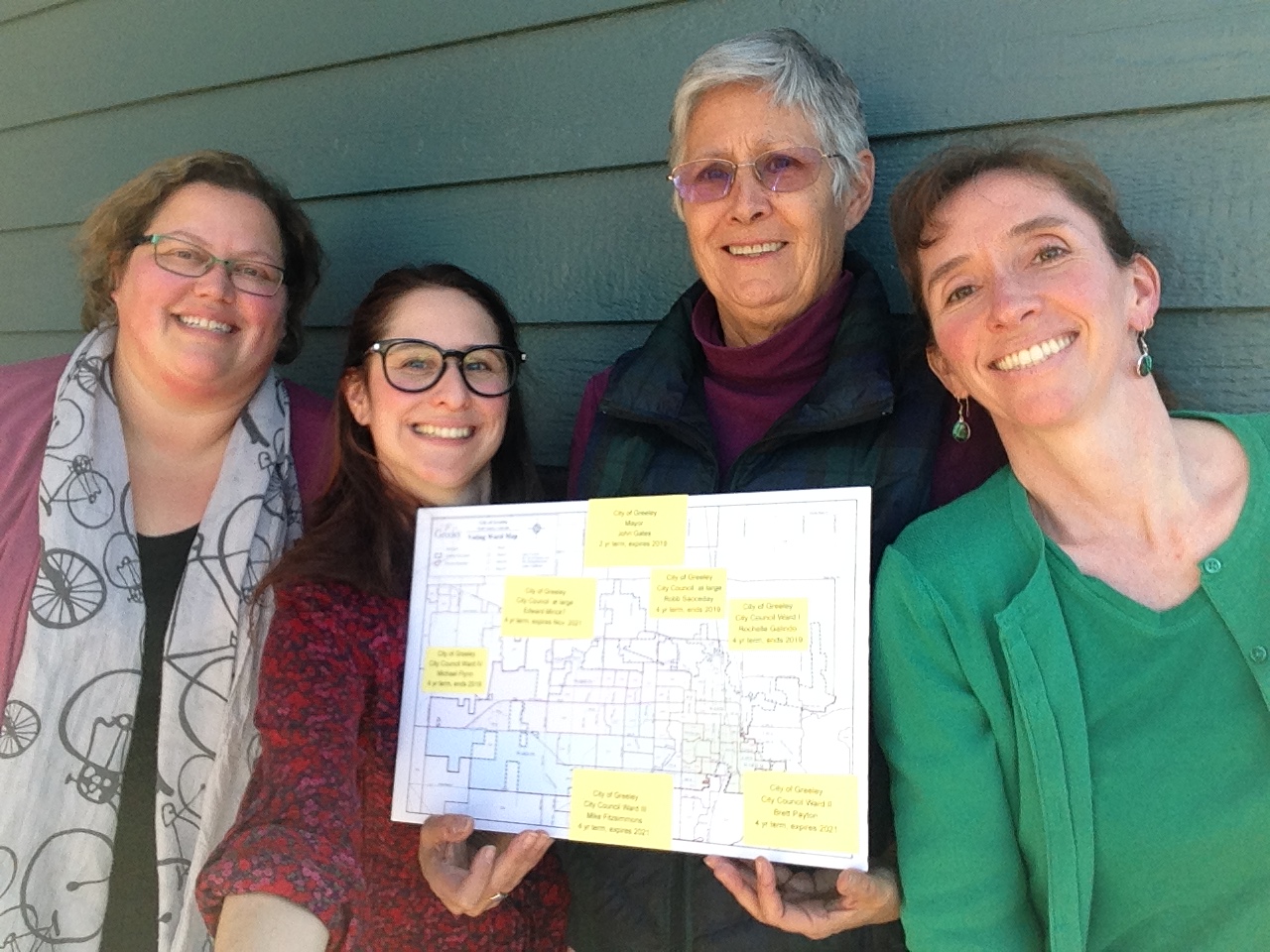 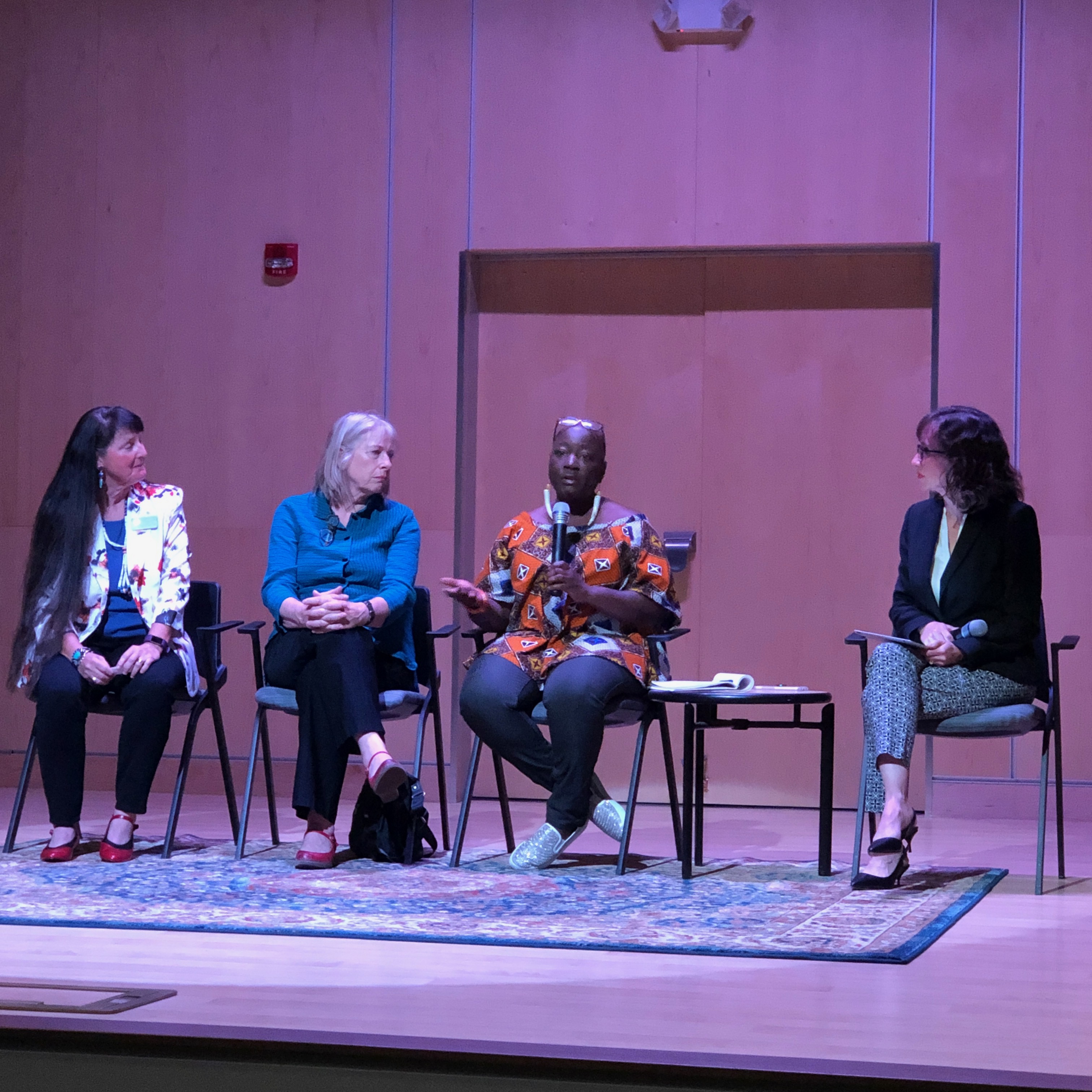 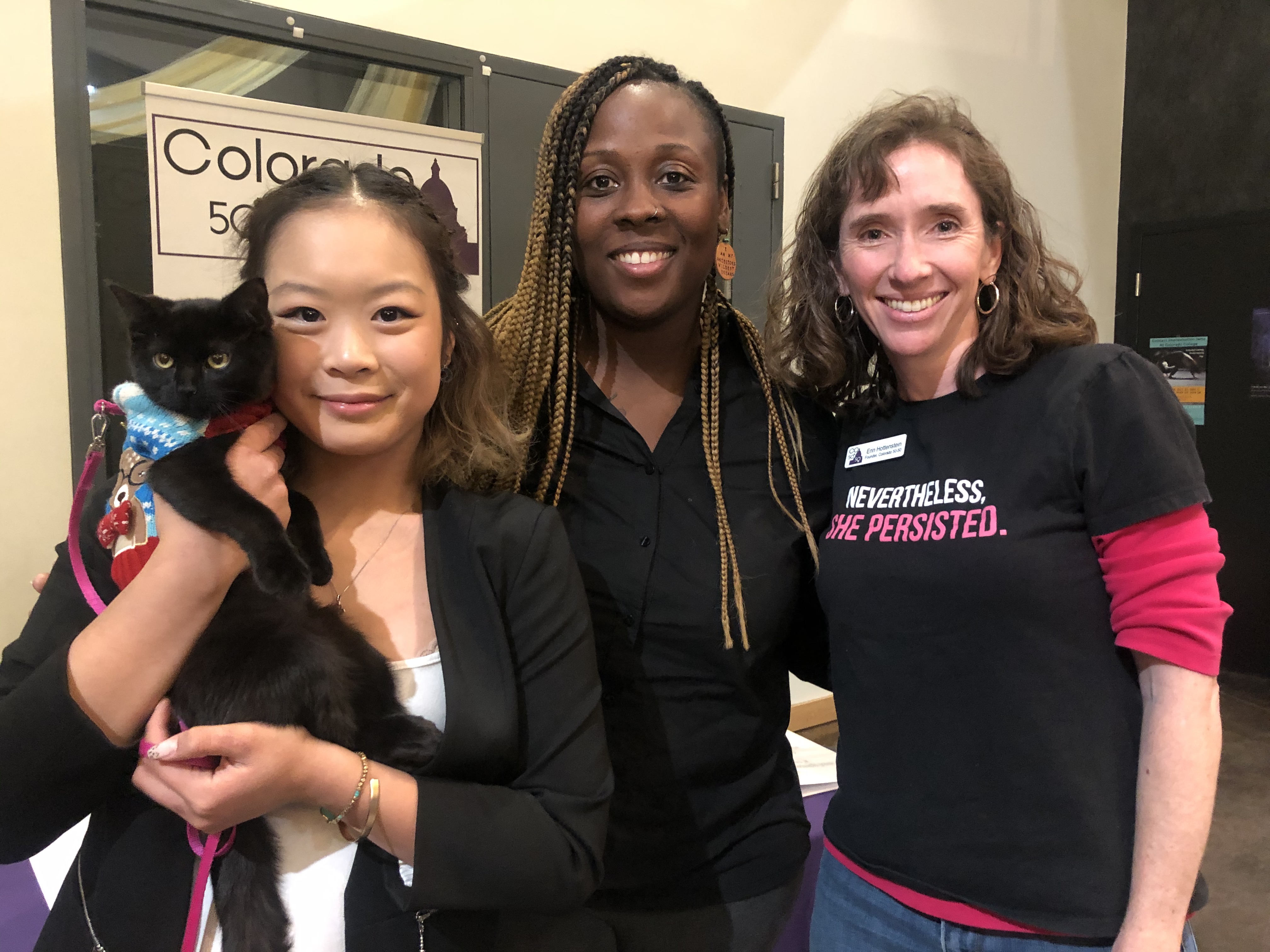 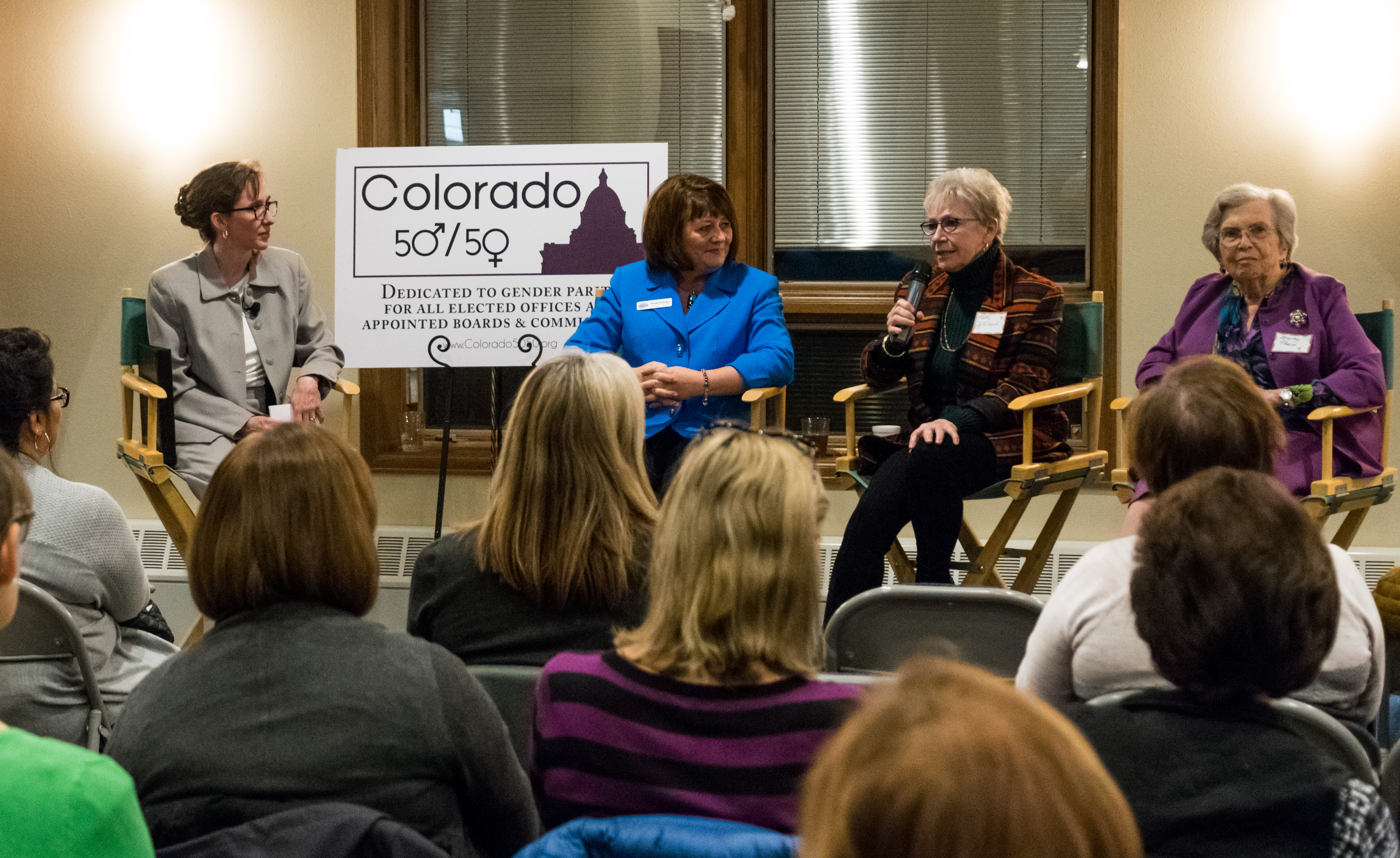 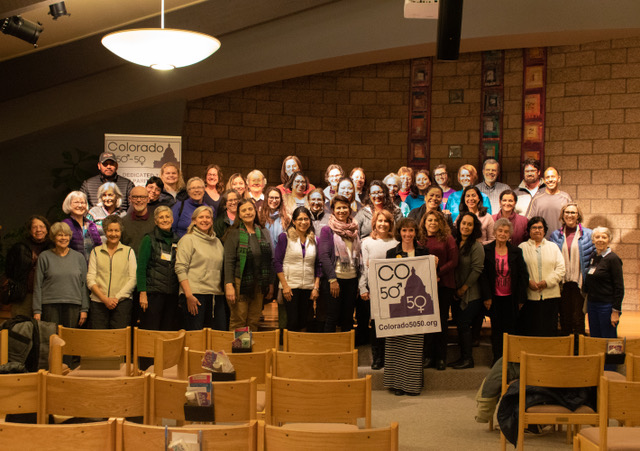 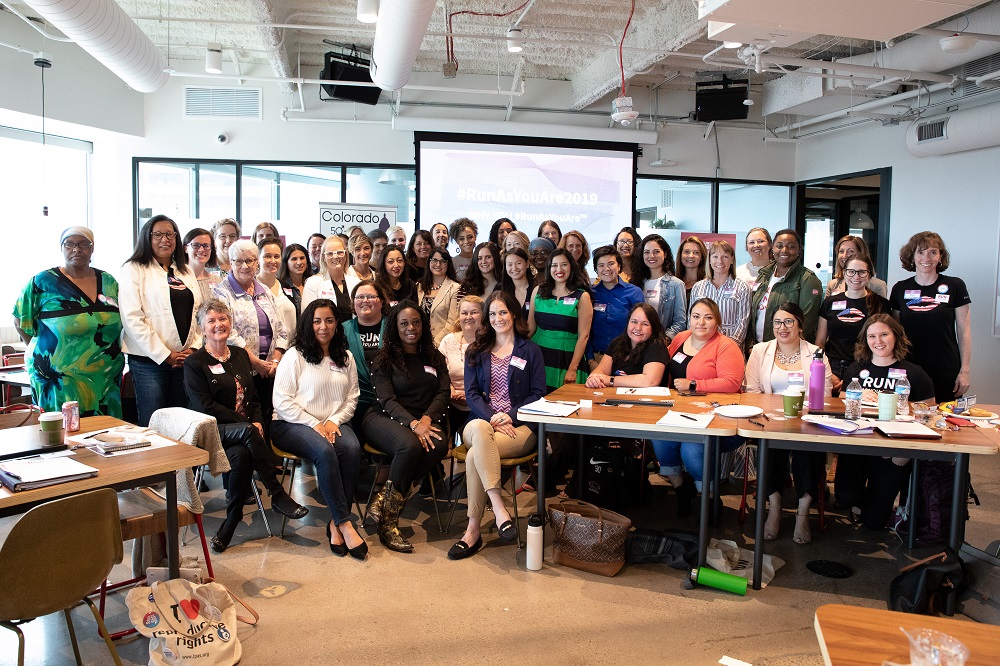