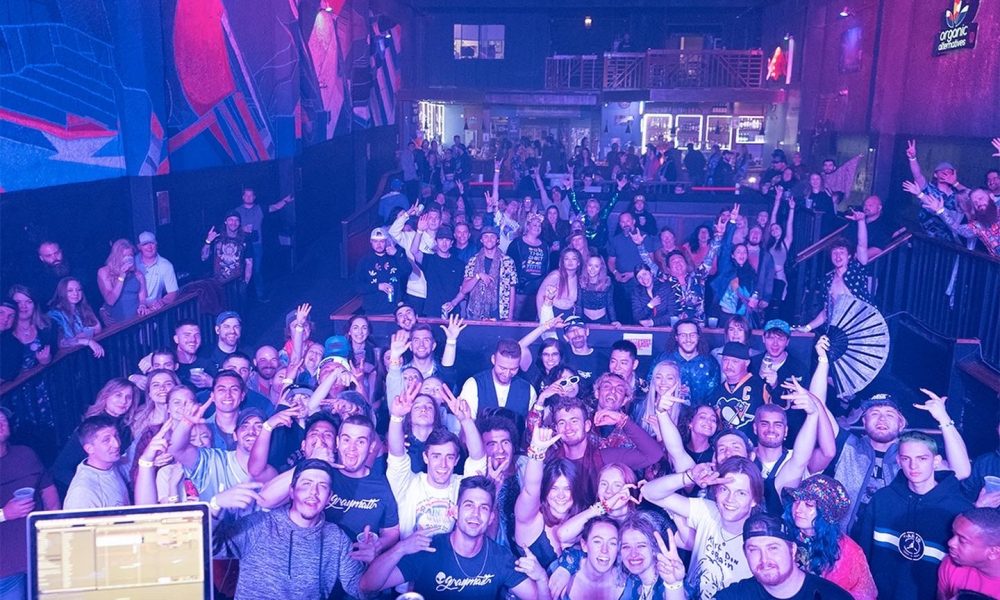 Today we’d like to introduce you to Gray Whitney.

Hi Gray, please kick things off for us with an introduction to yourself and your story.
My whole life, I’ve been listening to music. My dad played punk rock growing up while my mom played 80’s music, and I knew every classic rock song by heart. At age 11, my parents encouraged me to start taking piano lessons and, although reluctant, it turned out to be one of the best decisions I’d ever made. Piano turned into drums only one year later, and I knew I’d found my instrument – to this day, playing the drums feel like the purest form of who I am at the core of my musicianship.

Beyond percussion, by age 14 I’d found a strong love for electronic dance music. My friend Dakota showed me a song called “Cloudburn” by Feed Me and said, “This is dubstep. Have you heard of this before?” to which I responded, “No…. What’s dubstep?”
“This”, he said.

It didn’t take long before I was downloading Skrillex and Noisia off of Grooveshark, blown away by the incredible sounds and grooves; I had never heard anything like it and a few moths later, I attended my first concert. It was a Pretty Lights show at Red Rocks Amphitheater in 2010, the laser show and performance that Derek gave were like nothing I’d ever seen. This concert marked the very beginning of my still burning passion for electronic music.

Four years later after graduating high school, I spent one year at Montana State University in 2014-2015, which is where I found that my calling was not supposed to be getting my degree; my purpose was to start creating electronic music. I told my parents that I was dropping out and that I would be pursuing a career as a musician. This is pretty much a worst nightmare come true for most parents, however, once they realized my passion and dedication were real, they became as supportive as a son could ever hope for.

I worked three jobs 80 hours a week for three months to get everything I needed – Ableton, a new laptop, monitors, a MIDI keyboard, plugins, etc. After I had all the tools I needed, I dropped my hours down to 40 a week serving tables, and spent my off time writing music and learning how to use Ableton.

It took me 18 months to complete my first ten songs, releasing my self-titled album “graymattr” in June of 2017. At the age of 20, I expected this album to magically go viral and I’d become Diplo overnight.

Surprisingly, this didn’t happen.
I did not become Diplo.
I did not gain thousands of adoring fans.
Instead, of course, the album flopped. This overblown, horrendously arranged album served as the foundation of the music I’ve been able to make today. It is the building blocks that I needed to lay in order to take my music to the next level.

Since that album, I have released over 30 tracks, graduated from ICON Collective, earned over a million Spotify streams, and headlined sold-out shows. I have such a long way to go in my journey, but taking a look at how far I’ve come gives me a sense of pride. Some of the relationships I’ve built through my music I will cherish for the rest of my life. I have my biggest show of my career on August 26th at The Aggie Theatre in Fort Collins, CO. I’ve headlined there twice before but this will be my first time DJing, drumming, and rapping all in one show.

My plan is to keep consistently creating music and content, always keep an open mind and learn new things, and, most importantly, change the world for the better by inspiring others with my music.

Can you talk to us a bit about the challenges and lessons you’ve learned along the way. Looking back would you say it’s been easy or smooth in retrospect?
My road has been filled with a tremendous amount of obstacles.

I’ve spent thousands of hours by myself inside of Ableton.
I’ve rebuilt from nothing more than once.
I’ve been lied to, let down, played a fool, and taken advantage of.
I’ve made mistakes that have cost me life-changing amounts of money.
I’ve played shows to less than 10 people.
There are over 1,000 rejection emails in my inbox from various labels and promoters.

The difference for me, though, I use these obstacles as fuel to my fire. This is a big part of why I know I have what it takes to be successful in this industry – every no gets me closer to a yes, and every mistake is a learning opportunity. The obstacles that I’ve had to endure have played a pivotal role in turning me into a stronger, wiser and more driven musician.

Alright, so let’s switch gears a bit and talk business. What should we know about your work?
I am a mixing and mastering engineer, producer, percussionist, rapper and performer. I specialize in making all types of dance music and feel that my variety is something that not a lot of other artists possess. I love making all types of dance and bass music including mid-tempo, dubstep, bass house, experimental, ambeint and more. Admittedly though, genre’s to me lack importance and good music is good music. I’ve also found that by not focusing on genres, I’m better able to keep an open mind and create what feels natural. My music production process is all about getting into a flow. I do my best to bring together the most interesting and unique music I can while still keeping everything accessible and understandable for the everyday listener.

I am most proud of the fact that I have built a dedicated fanbase in the Northern Colorado area and am able to consistently bring an audience to my shows. I am extremely fortunate to have a support system that not only believes in me and my vision but shows it with their actions by listening to and sharing my music.

What sets me apart from others is my multifaceted approach. I have spent years and years honing in my various skills and have always tried my best to keep pushing my boundaries. I feel that by acknowledging there is so much more to learn, I’ve been able to expand my horizons and get into unique musical situations.

What sets me apart from others outside of the music is my ambition. I work 50-hour weeks at a sales job, am in the gym 5-6 days a week, maintain great relationships with friends and family, and still find the time to work towards my musical goals. I have learned that “making it” in music takes massive amounts of continual effort, and I believe that I have shown over the last 7 years that regardless of what is going on, I have the fortitude to see my mission through.

We’d be interested to hear your thoughts on luck and what role, if any, you feel it’s played for you?
Luck has played next to no role in my life and business. I think the “luckiest” I’ve ever gotten is out on the town… *queue Daft Punk* 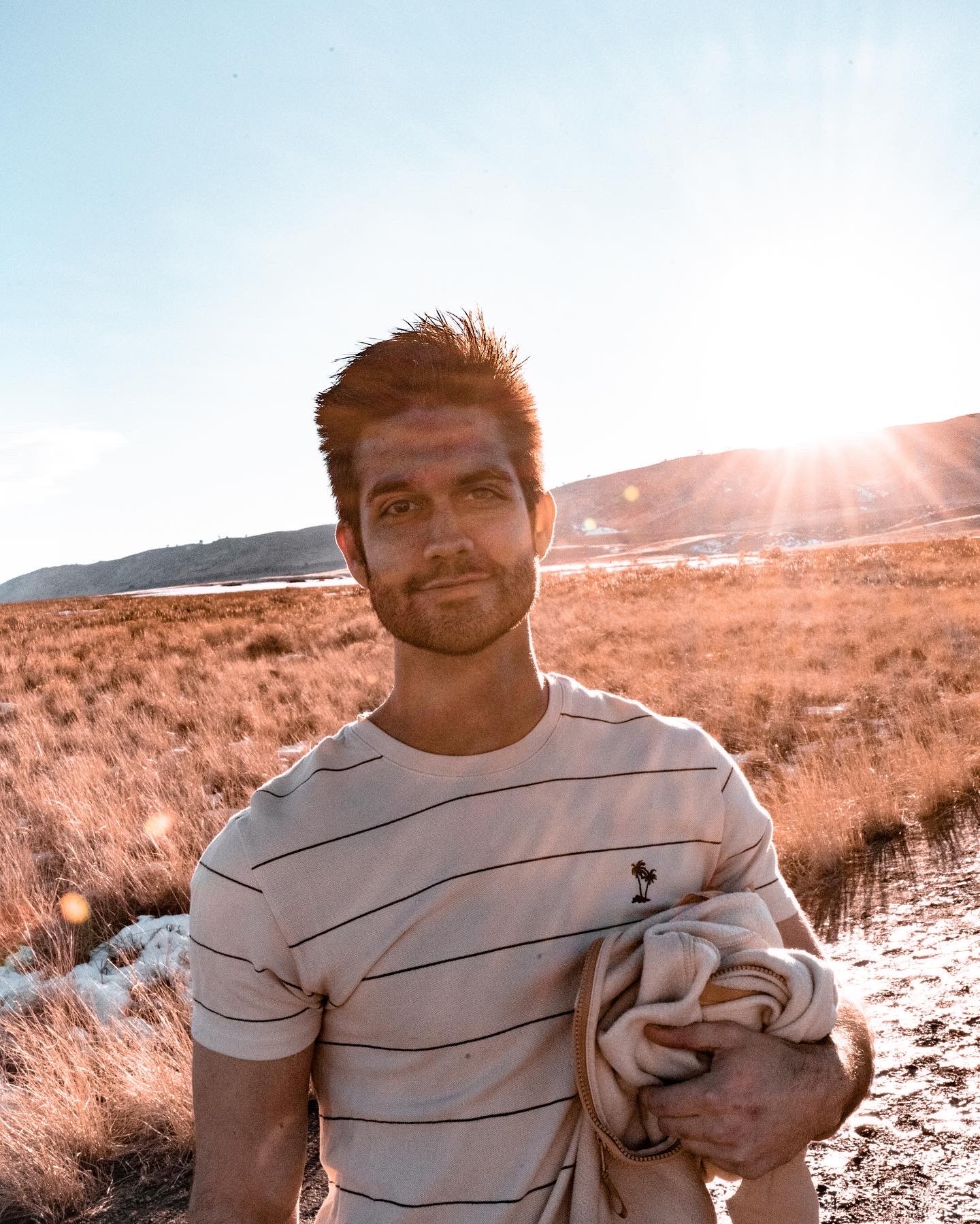 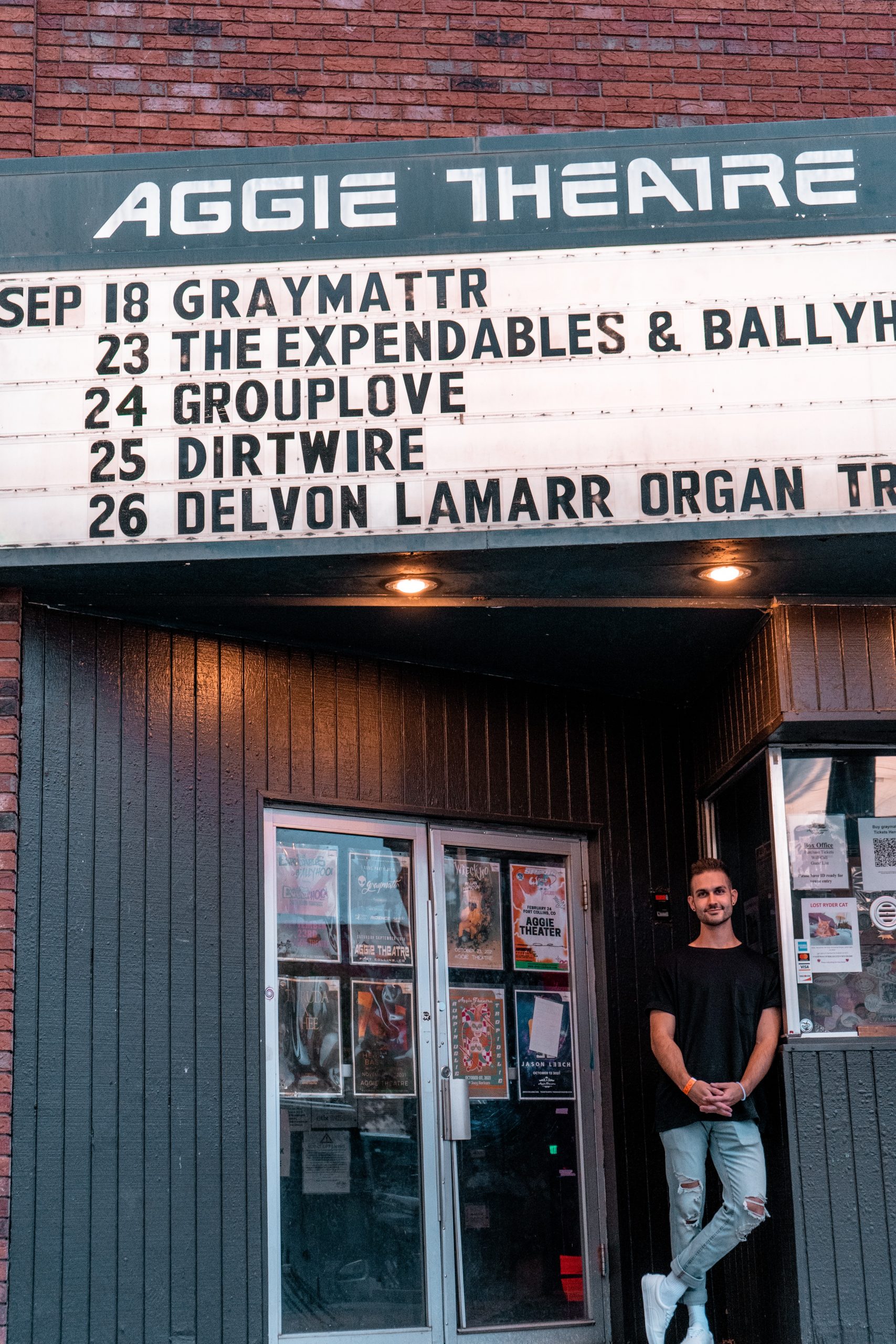 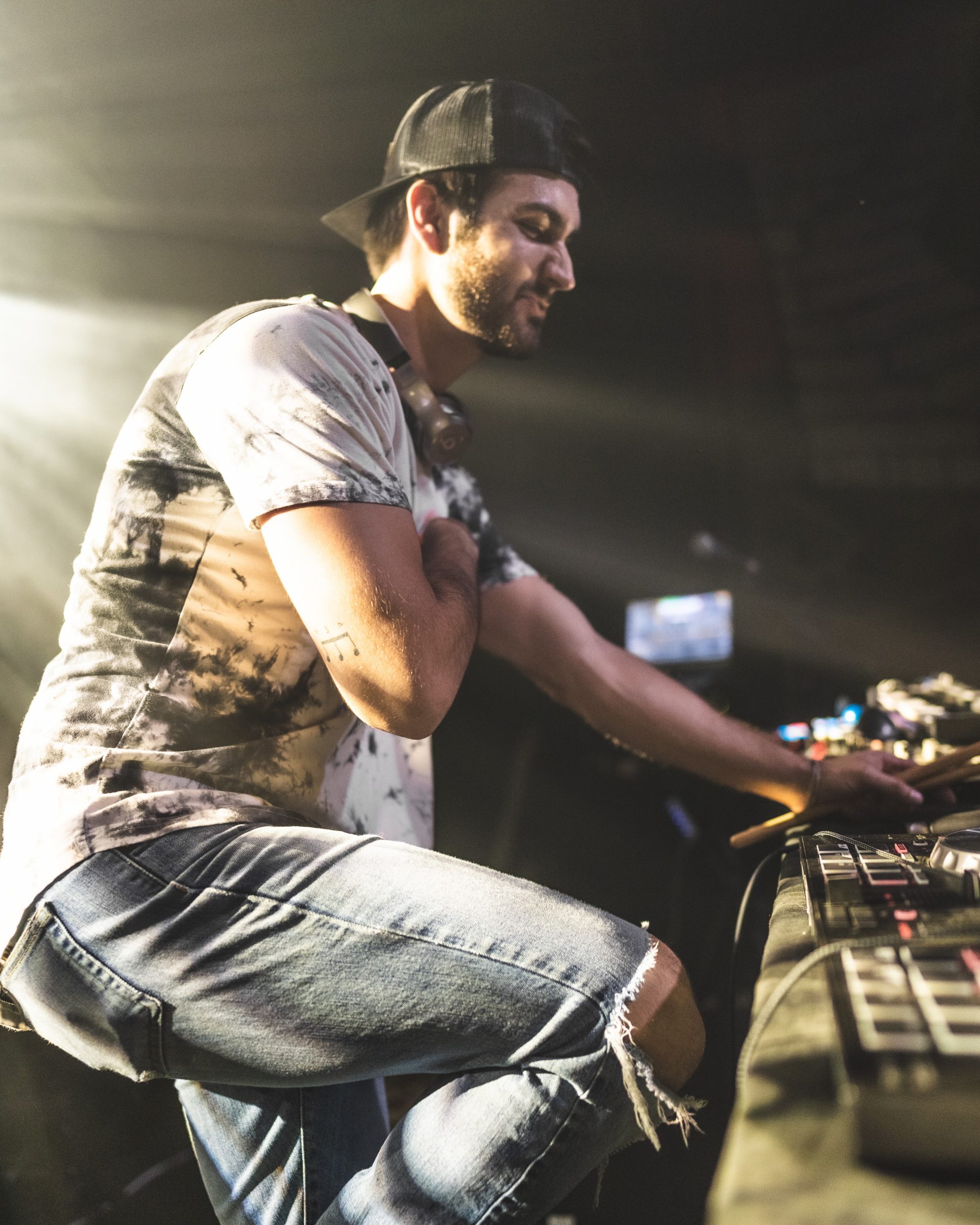 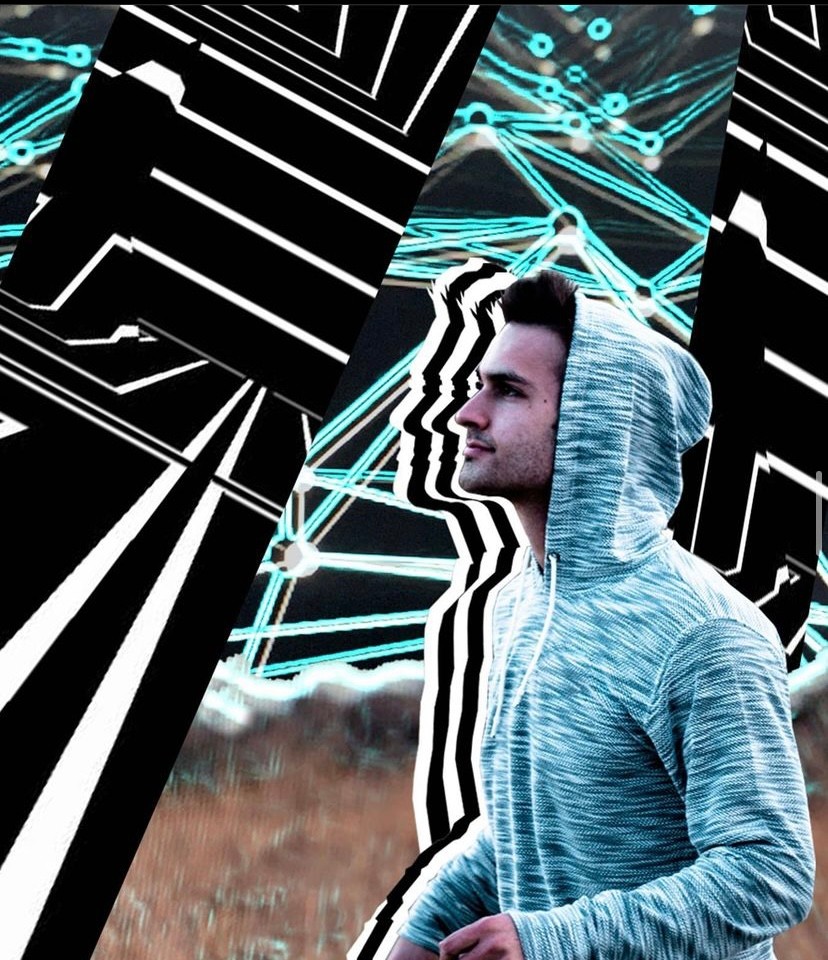 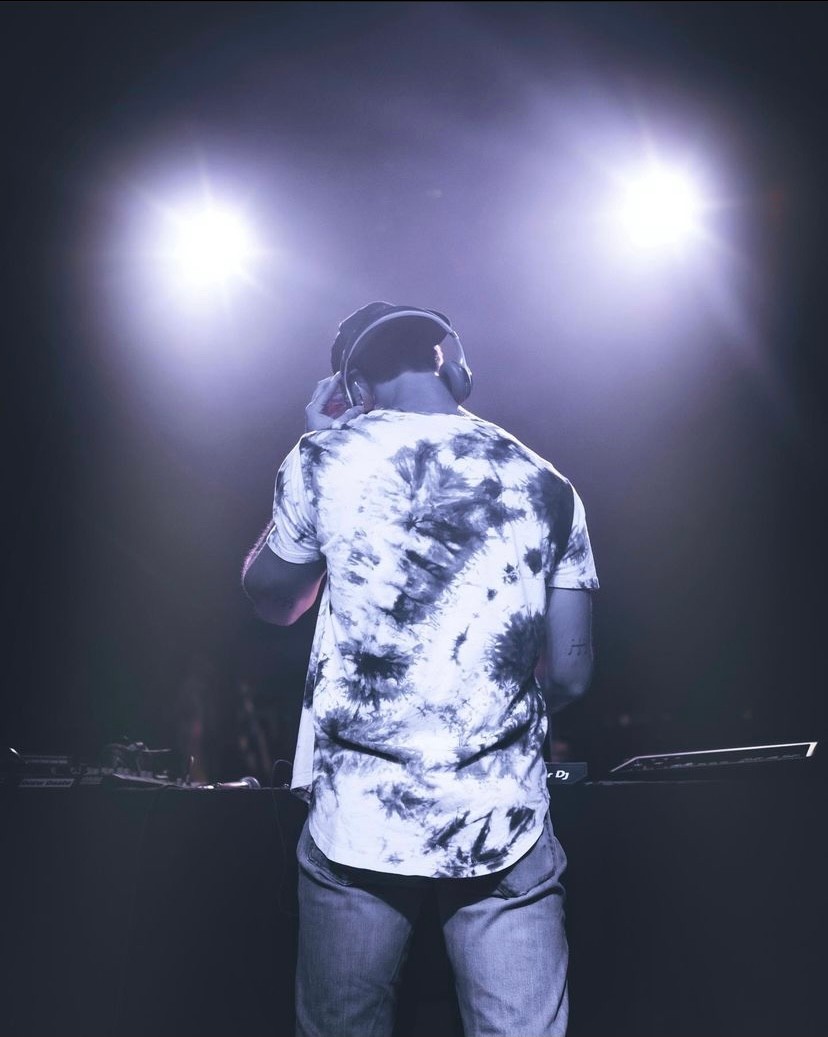 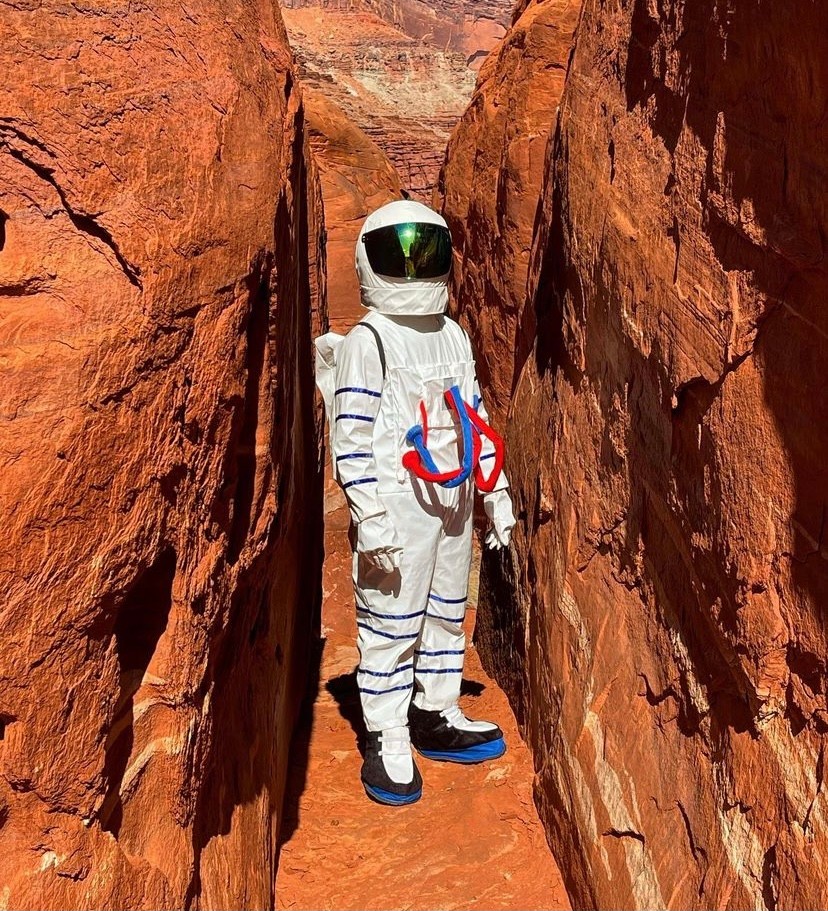