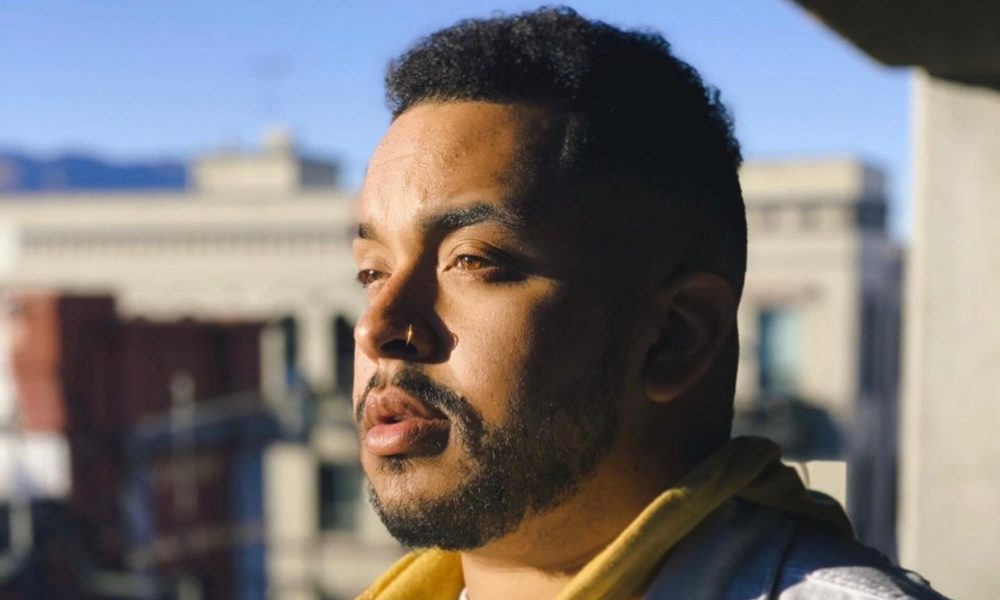 Today we’re excited to introduce you to iBleazy. iBleazy is a Singer/Songwriter/Creative and is also a content partner. Content partners help Voyage in so many ways from spreading the word about the work that we do, sponsoring our mission and collaborating with us on content like this. Check out our conversation with iBleazy below.

iBleazy, it’s been too long since we last connected. Thanks so much for taking the time to share your thoughts with our community again. Some readers might have missed our prior conversations, so maybe you can kick things off for us with a quick intro?
What’s going on! I am Matt, professionally known as iBleazy. I am a Singer-Songwriter-Creative from Colorado. I have been in the industry now for 13 years and counting! I was a part of American Idol season 9 and prior to that performed in off Broadway Musicals through High School. After American Idol, I had the opportunity to perform at the Black Sheep Colorado Springs, CO for 303 Day. A day dedicated to Boulder based band 3Oh!3 for their college tour as an opening act. After a few years off, I decide to jump back in, but this time performing choreographed dances to today’s popular Pop/Hip Hop/EDM hits for World Dance Festivals around Denver and Colorado Springs. After, relocating to California and teaming up with Recording Engineer and Producer Nick DiCarlo from DiCarlo Studios in Rancho Cucamonga, CA as iBleazy, I released two singles “Doin’ it Right” and “Girls Like U” before releasing my debut EP “GET TO KNOW ME” PT. 1 and relocating back to Colorado. After positive feedback and a year plus of promo and much delayed projects due to the recent COVID Pandemic, I have been busy working on my next steps and plans to include my highly anticipated project of my recent World Premier Debut Music Video and re-release of my single “Safe Place”. With recording plans in California in April and projects to come, I promise, I am an artist to watch out for! 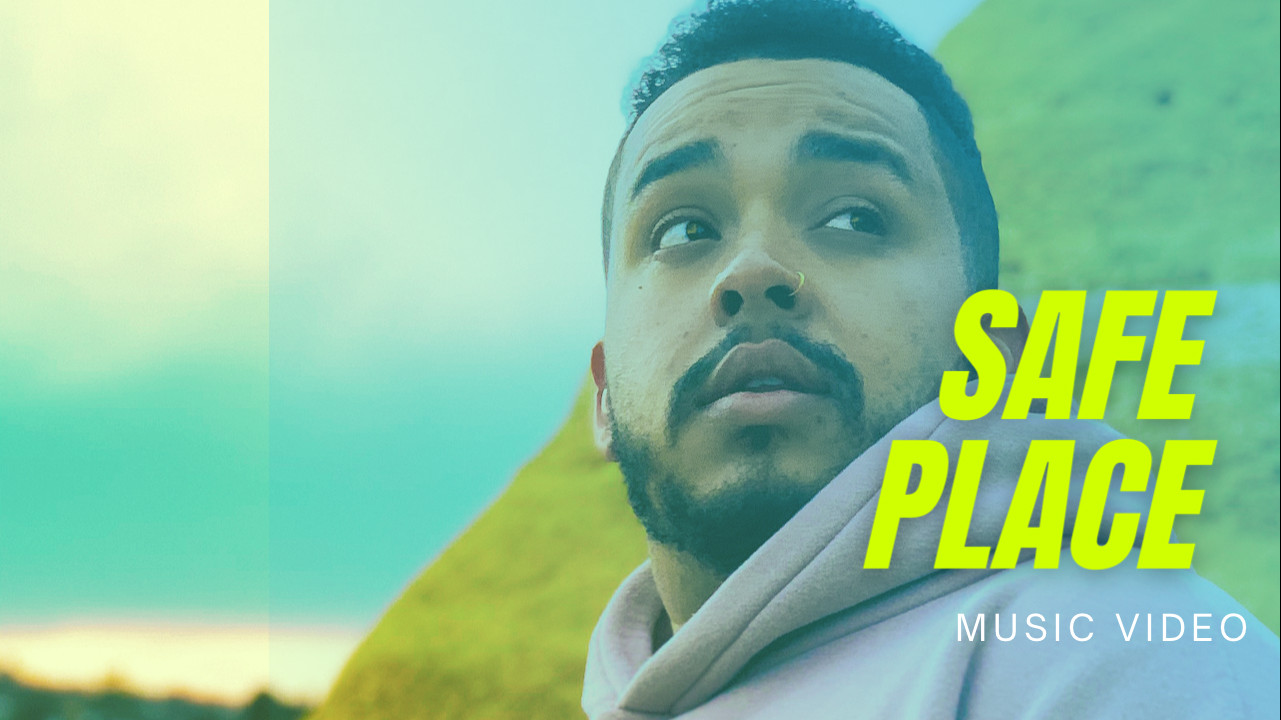 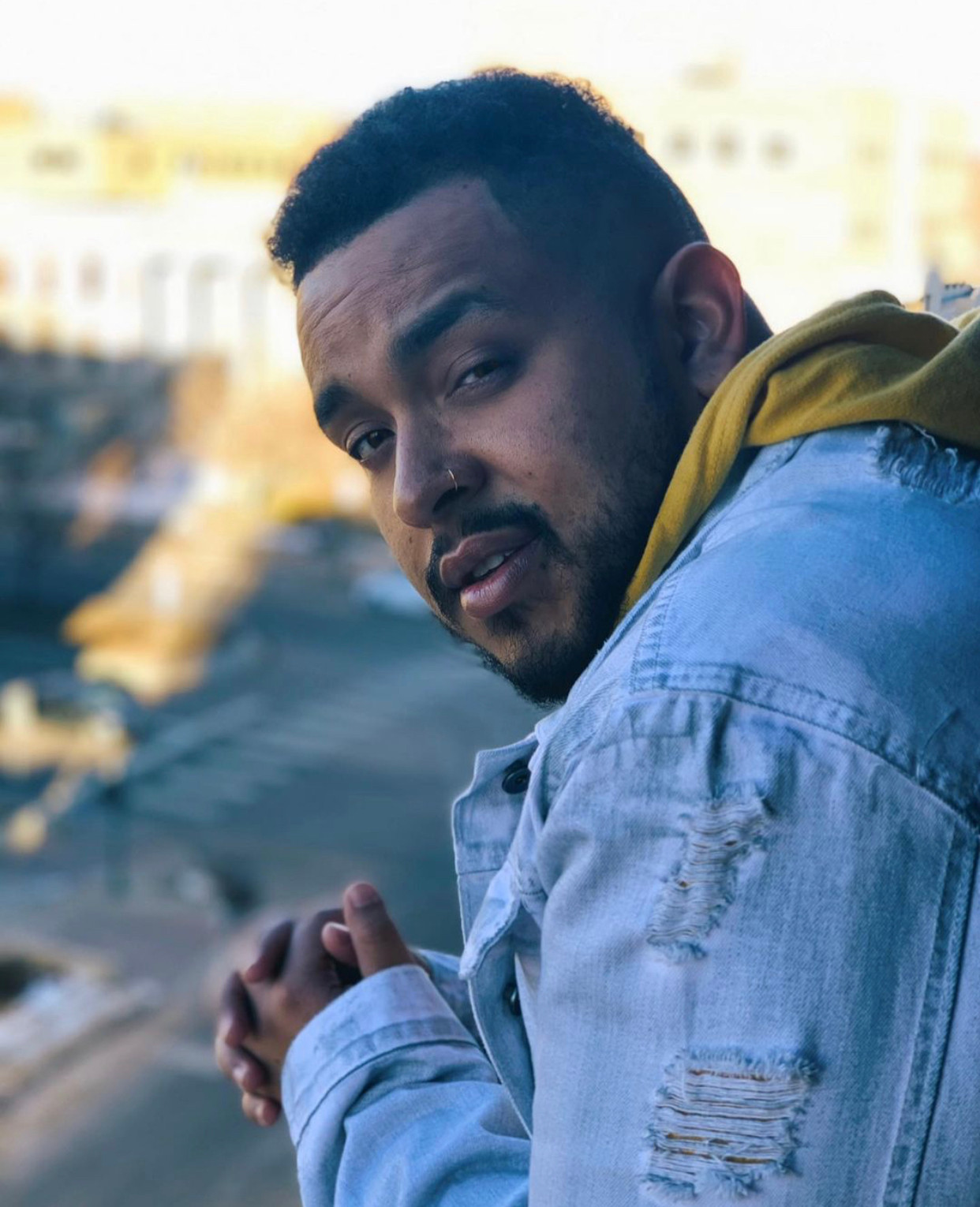 How would you describe your music? Who are your main musical influences?
It’s crazy, I am mixed race and between my mom and dad I like to say I am musically fluid. Whatever I am feeling at the moment or whatever I feel like my words to be backed by, weather that be Pop, Dance, R&B, Alternative. I’d probably even go as far as a Rock song one day! I love it all and am determined to put out whatever I feel best at the moment. As far as musical influence, I wouldn’t even know where to start. Whitney, Michael, The Temptations, Savage Garden, Gaga, The Beatles, Andrea Bocelli, MGMT, Etta James, Billy Idol, Kurt Cobain, Billie Holiday and so many many more!

Have you always been interested in music? Was there a particular song/performance that made you say “Woah! I want to do that!”?
I grew up playing sports and after a Football injury needed something to keep myself busy and performance and music just happened to be it. I remember getting a Karaoke machine when I was younger and making fake music videos and dances with friends and was just like, “THIS IS IT!” “THIS IS WHAT I’M GOING TO DO! As far as what made me say “Whoa! I want to do that!” was my dad would always watch award shows, BET, MTV, Grammy’s, Oscars etc.. and seeing people perform is what made me say “WHOA!!” I was always amazed and the big dance numbers and productions, “YES! That’s going to be me!” 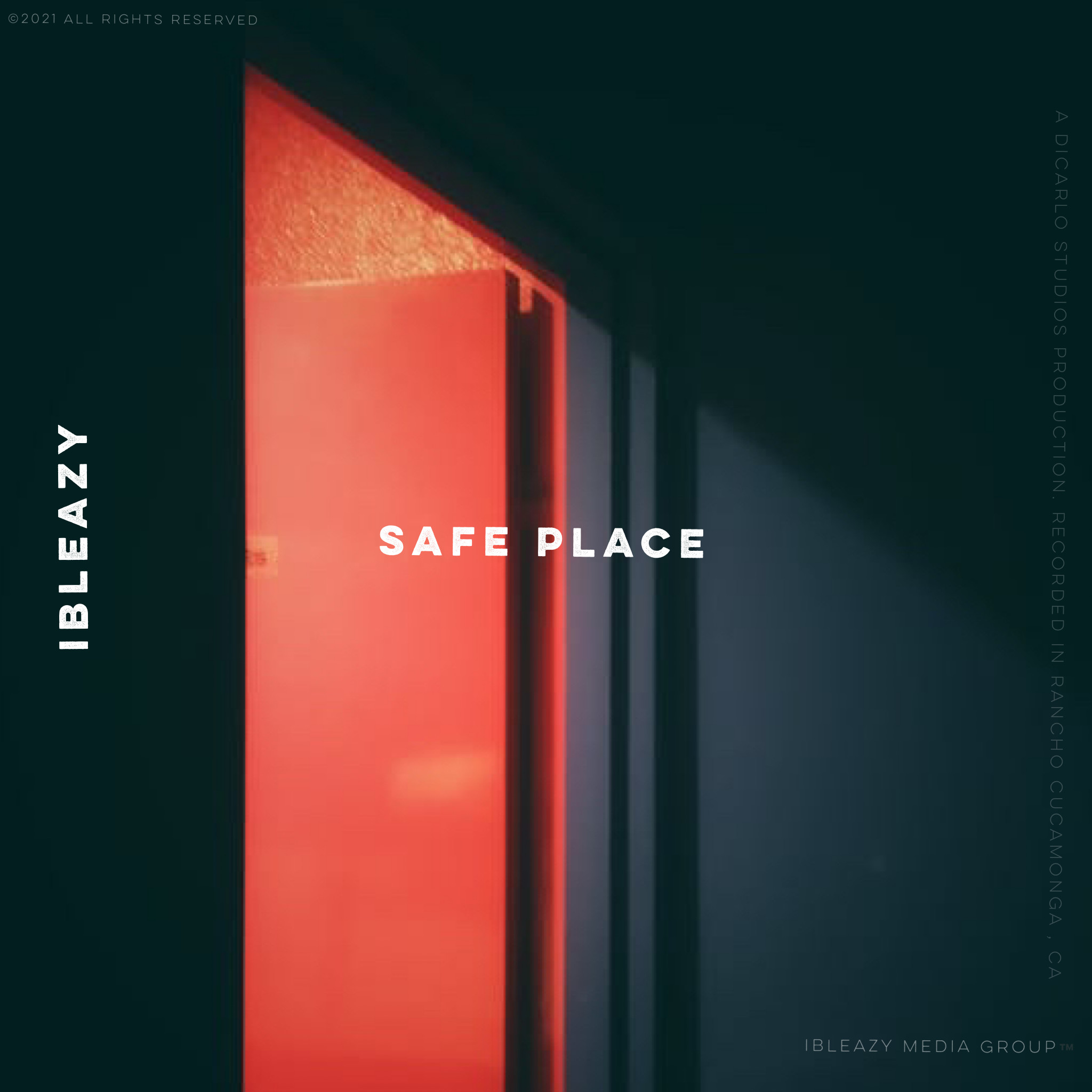 Do you have any other plans relating to this release? A video? Online Shows? What are your musical plans for the next 12 months or so?
On March 19th, I release my Debut World Premiere Music Video and re-released my song “Safe Place” as a single. I’m hoping fingers crossed, for an online show collaboration with some fellow musicians but still playing it safe as we ease out of COVID. As far as the next 12 months I can say I do have a really big project in July and will be recording new music in California April. So yes, lets of plans and lots of things under wraps and in beginning stages. Stay following me and keeping connected to know all the latest and greatest!

If we were to look at the artists you are listening to, who would be on your playlist?
Let’s see, looking at my Spotify and AppleMusic playlists I have, Travis Scott, Fletcher, Cobi, G-Eazy, MGK, Lana Del Rey, Tep No, Cardi B, Terror Jr, Megan The Stallion and October London to name a few LMAO…

What inspires your writing? Do you draw inspiration from poems, music, TV, or other media?
Life events, Dreams, my journals, past trauma. I get it from everywhere. I think one of the greatest parts about living in Colorado is being able to drive up to the mountains sit listen and just let it come to you.

Has your musical journey had a deliberate direction, or did it simply gradually evolve in whatever direction it found?
Never deliberate. Definitely kind of spontaneous. I knew this is something I wanted to do but never really had someone to give me steady direction as far as where to go with it. I took the lead all on my own and really work with myself and a very small group of friends and family, a very SMALL group. I have been lucky enough to land some pretty sweet gigs and hope through networking and my current connections to be able to continue to conquer the industry as an independent artist.

It was so great to reconnect. One last question – how can our readers connect with you, learn more or support you?
Yes! You can follow me on social media below: Official Website | WWW.iBleazy.com
YouTube Search | iBleazy
instagram.com/ibleazyofficial
twitter.com/ibleazy
Facebook.com/ibleazymediagroup
Snapchat | iBleazy 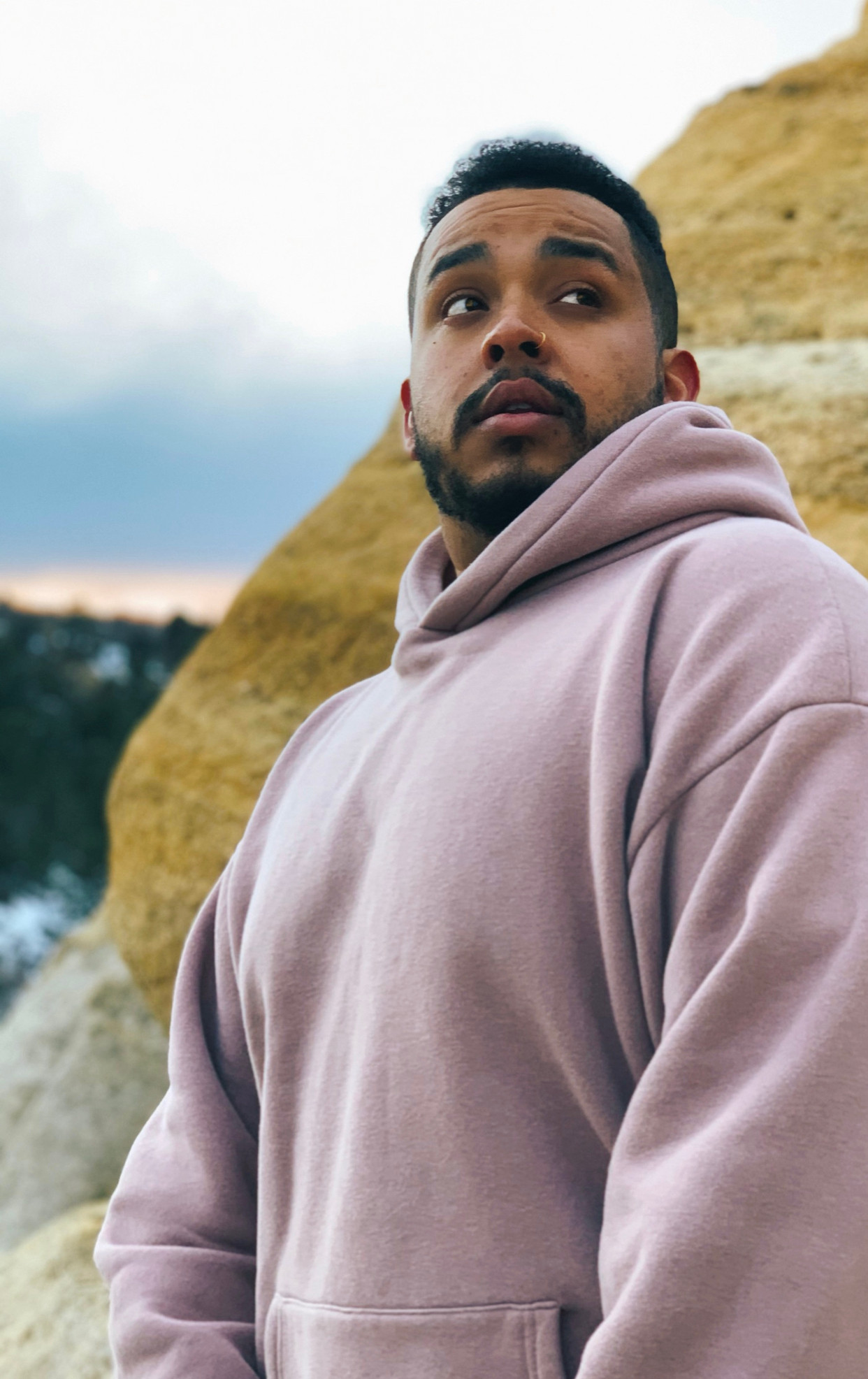