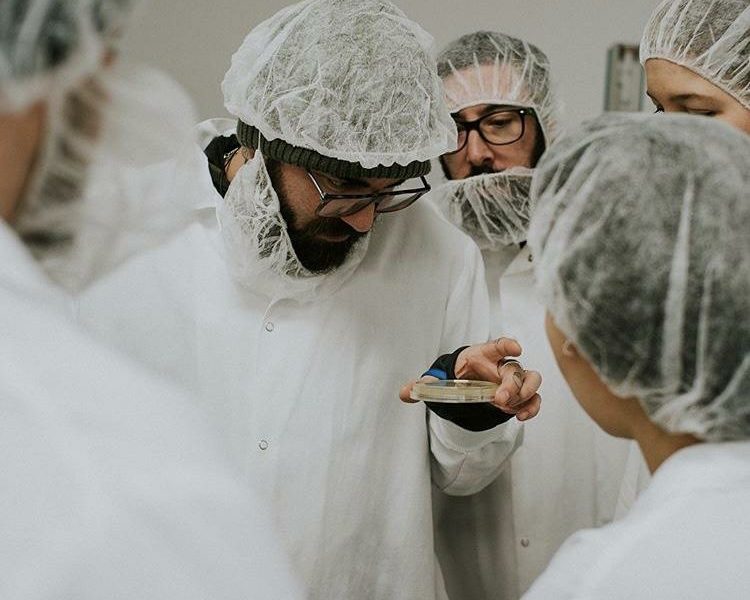 Today we’d like to introduce you to Jacob Rockwell.

True grit is revealed by persevering through adversity and so True Grit Grooming was developed… Often the smallest things have the greatest impact on our lives. For Jacob Rockwell, founder and creator of True Grit Grooming Products for Men it was a sliver of metal that radically altered his life path but without that splinter there would be no True Grit Grooming. Jacob was raised in Denver, Colorado. In his late twenties, he toured around the west coast for a few years, but his love for his family soon brought him home. During his life, he worked a variety of jobs. His diverse set of skills helped him land a position as a Wedding and Event Decor Designer.

While fabricating a bar for a wedding, a metal shaving got imbedded in his hand. He didn’t think much of it and continued working. When he awoke the next day, his hand was swollen, he was running a fever, and he had tremendous internal pain. His kidneys were shutting down. Jacob sensed something was acutely wrong with his body. He went to the hospital where he was diagnosed with necrotizing fasciitis a flesh-eating bacteria. The doctors performed emergency surgery to save his hand but his kidney enzyme levels were so high the doctors decided to induce a coma to better manage his ailment.

After a month, his condition had only worsened. The infection spread throughout his body, including his lungs. Jacob was intubated and placed again into a coma. The family that he loved and returned home to be near now gathered around his bed, fearing this may be their last visit. Jacob is a fighter though, he always has been. Very few people (including his doctors) thought he could fight his way back from this infection, but miraculously he did!

Another month later, Jacob was rid of the infection and released from the hospital. He may have been cured but he certainly wasn’t fully restored. The necrotizing fasciitis destroyed the muscle mass and nerves in his hand e had lost forty pounds. There was no way he could return to his old line of work.

No matter how depleting the hospital stay had been, Jacob knew he couldn’t stagnate for long with an infant daughter to raise. In the words of Rooster Cogburn, the iconic character portrayed by John Wayne in ‘True Grit’, “Looking back is a bad habit.” Jacob needed to create a new path. Once again, his family was there for him. His aunt, owner of a homeopathic medicine and natural supplement manufacturing company, offered him a position in sales and marketing.

For a while, it seemed to Jacob that the only blessing from surviving his near death experience was that he had awoken with a full beard. Any man who has ever attempted to grow a beard knows that it is an endeavor in patience. Beards go through an awkward phase; it’s like puberty all over again. They start off slow and make the man look unkempt. Jacob was grateful for bypassing this process, but his beard was still gross. It hadn’t been maintained or properly conditioned, and the skin underneath was flaky and inflamed. It was a mess.

While he worked his sales job at the lab, he continuously scratched at his new beard. One day a mixing technician from the laboratory noticed Jacob clawing at his face and whipped him up a simple salve of olive and tea tree oil. As Jacob worked the compound into his beard, the proverbial light bulb went off in his mind. Beards are big right now, and here he was with all these resources at his fingertips. Jacob started putting in extra hours, sneaking into the lab, blending different oils and creating proprietary recipes. The process began mostly with trial and error.

Admittedly, he wasted a lot of time, product, and money but he had a vision and nothing could keep him from his new goal: to produce the finest beard oil possible. As he continued working and his beard continued growing, he was his own best guinea pig. When he found a concoction he liked, he passed out samples to friends and strangers and used their feedback to help modify scents and mixtures but before long he perfected his Bay Rum scented beard oil he named ‘Pirate’s Rum.’ Soon “real lab techs” caught on to what Jacob was doing and they wanted a piece of the action. They started giving him pointers, teaching him about double boilers, flash points and emulsifiers, all leading him in the direction of where True Grit Grooming is today.

Jacob doesn’t have to sneak into the lab anymore, but he still toils late into the evenings perfecting new blends and perfecting new products he plans to ad to his men’s grooming line, all while hearing the words of his late grandmother in the back of his mind: “when you’re feeling your worst, that’s when you’ve got to look your best.”

His vision and goals for the now True Grit Grooming Products for Men brand are larger than ever. His plan is to give men the self-confidence that he had lost when he left the hospital (forty pounds underweight, and with a disabled hand) in the way of quality grooming supplies that are natural, Leaping Bunny Certified, and that are crafted in small batches with pride.

True Grit Grooming is designed to bring out the best in every man. If that’s not what it does, then why in the hell else did he get in the ring with the reaper and win this round? When Mattie Ross is questioned in the movie ‘True Grit’ as to why she hired Rooster Cogburn, her sentiments align just as well with what any modern woman of decency is looking for: “They say he has grit. I want a man with grit.”

We’re always bombarded by how great it is to pursue your passion, etc – but we’ve spoken with enough people to know that it’s not always easy. Overall, would you say things have been easy for you?
I struggled in the beginning because I would work all day trying to learn how to sell products that I didn’t even know how to pronounce half time, waiting for everyone to leave for the day just to get in the lab. I was putting in long hours and I was in excruciating pain from my accident. I was also still learning about the ingredients and equipment I was using in the lab. The whole place was foreign to me, but I knew it was better than where I was before, and I was actually having some fun, and keeping my mind off the traumatic experience I suffered.

We’d love to hear more about your business.
I’m just proud that I have made it this far. To have an idea and turn it into a reality is still something that blows my mind. I trip out when I tell people what I do, and they tell me they have heard of my brand or better yet, when they tell me they use the product(s) and then say the name of the product, a name that I made up. It’s crazy but what I’m most proud of is my team. My wife Lisa, my mother Debbie and my daughter Shae have helped build this brand with me and I am proud of those amazing women. My dad and my brother have also helped me in so many ways. I’m also proud that I can give a few people jobs and I will be even more proud as we continue to grow and I can employ more people, and give back to the community.

What were you like growing up?
As a kid growing up I was always active. I always had my skateboard in hand or under my feet. My friends and I skated everywhere. I was also into baseball and I played all the way into high school before I quit playing. I was real big into movies and when I wasn’t skateboarding, playing baseball, or watching movies, I was camping with my friends and exploring the Colorado Rockies. 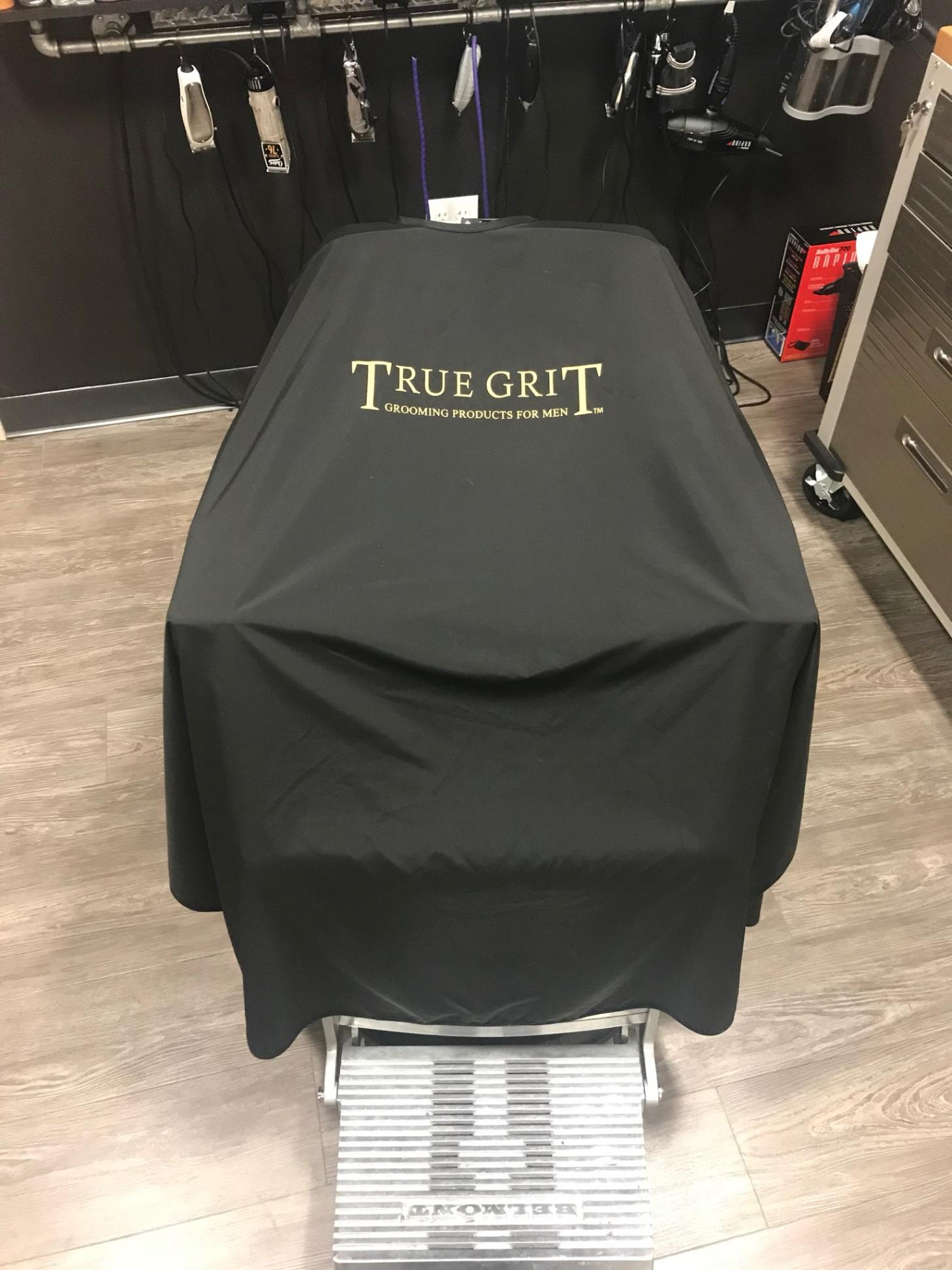 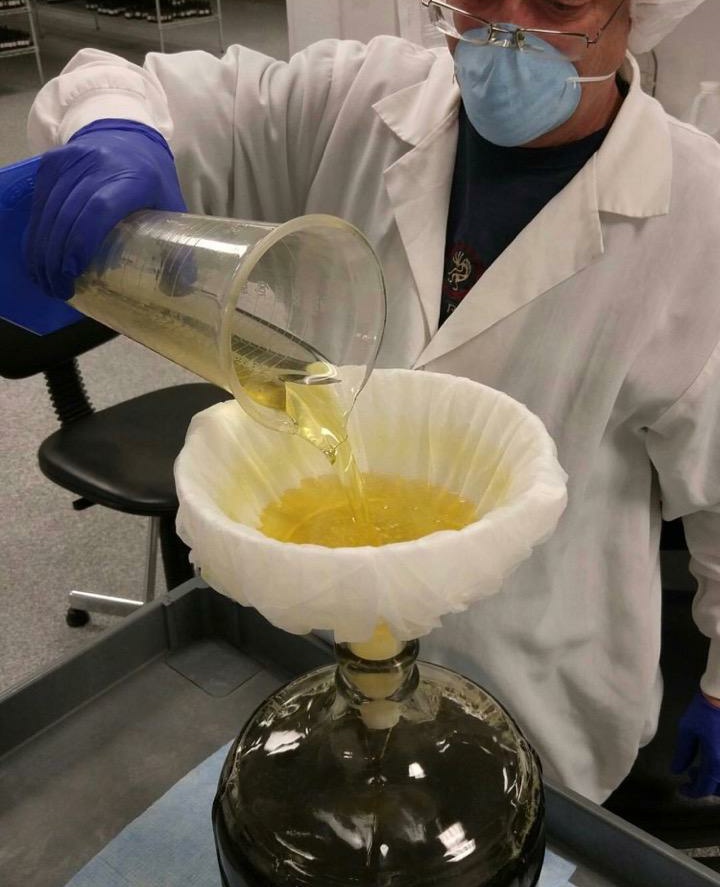 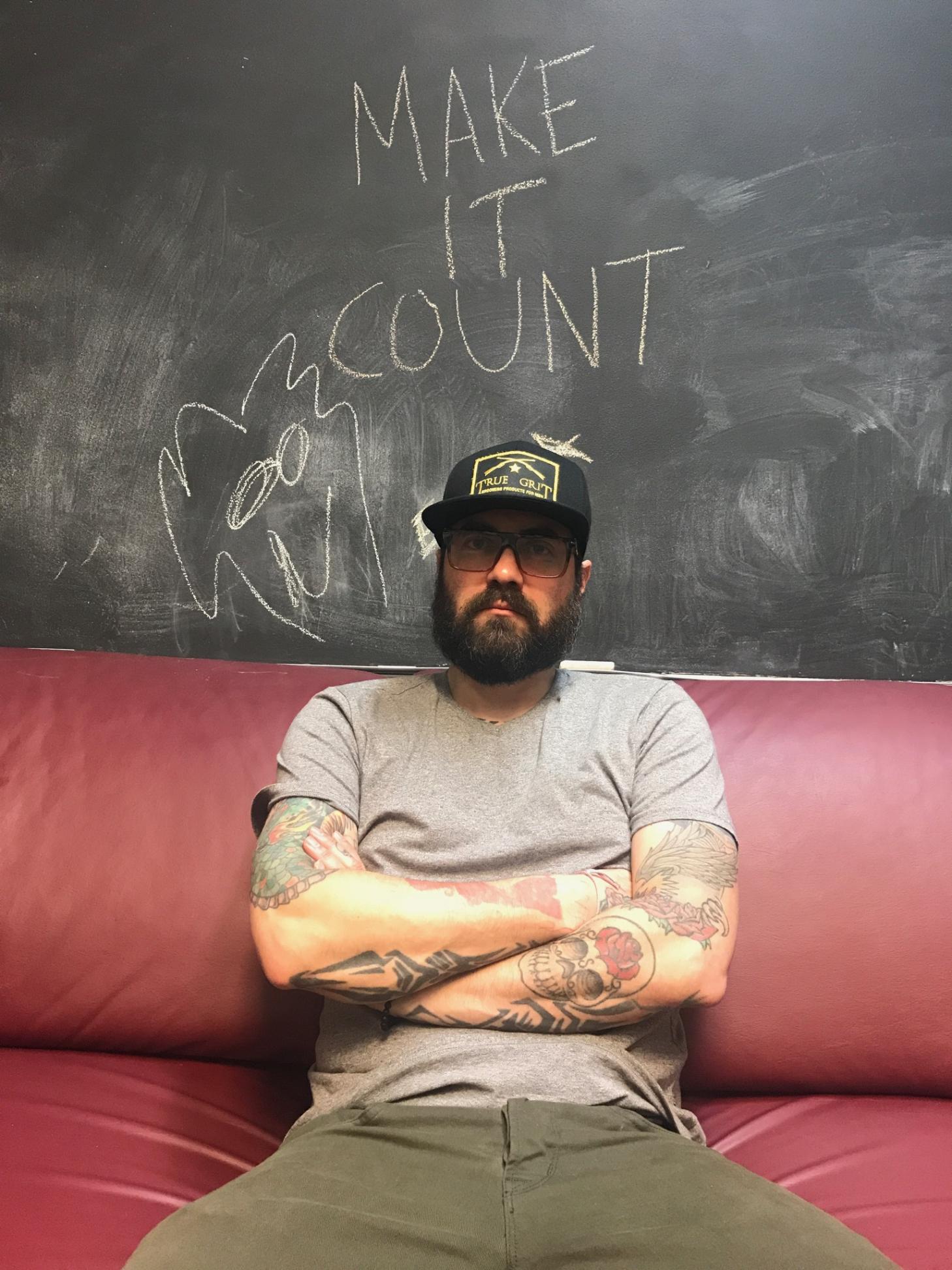 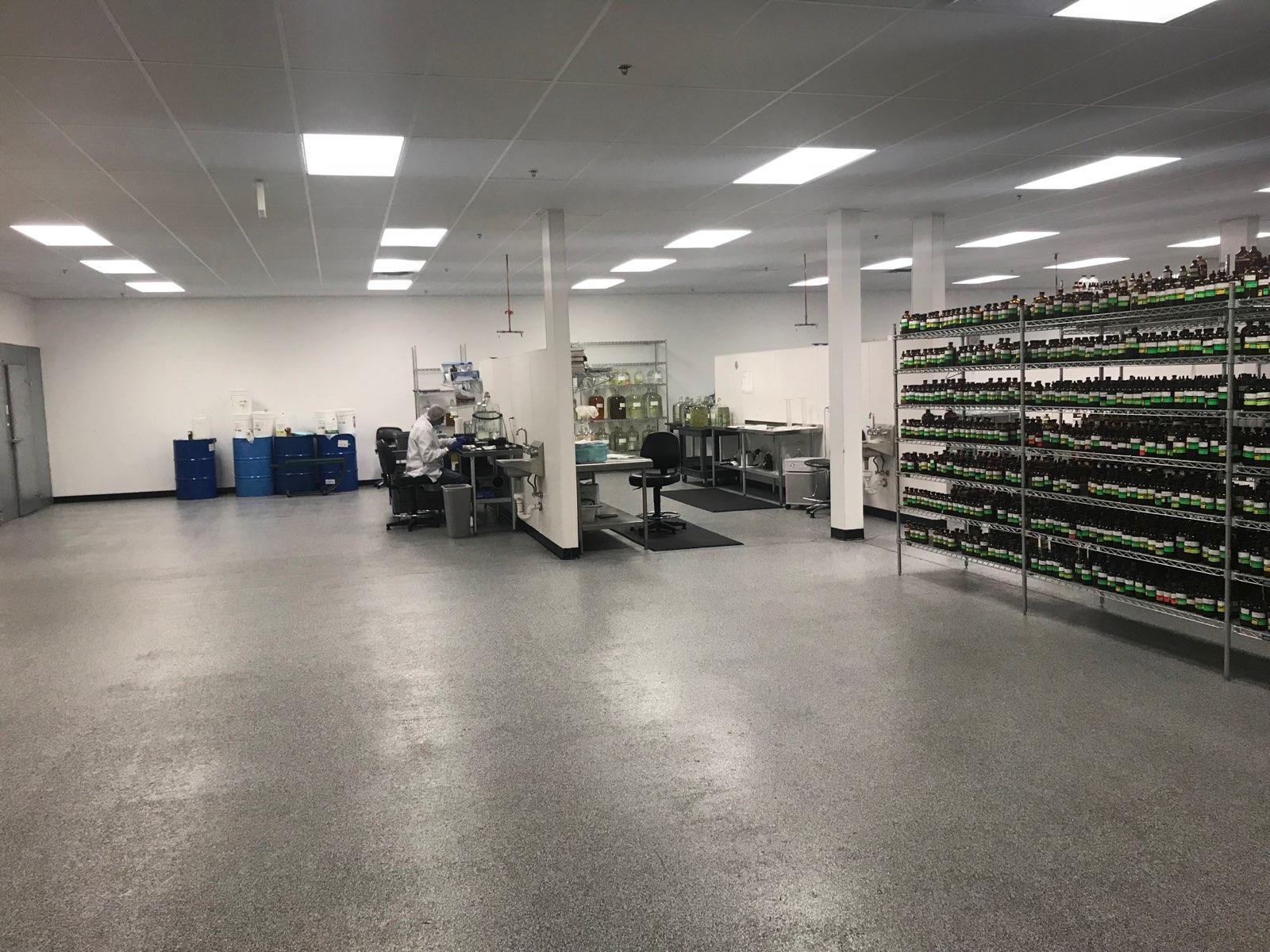