Meet Jeff Kanan of The Keep Recording in Platt Park/Overland 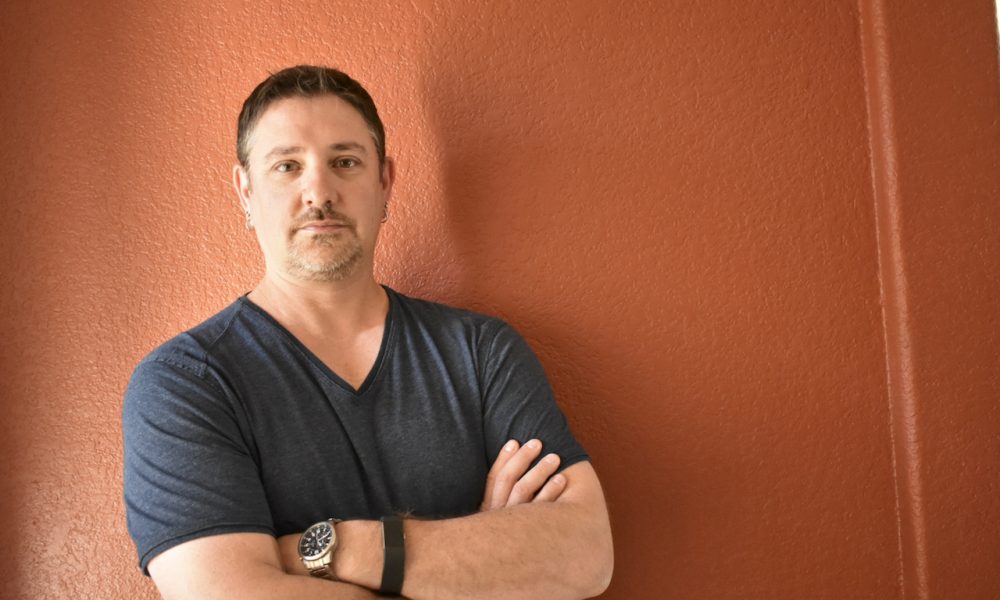 Today we’d like to introduce you to Jeff Kanan.

Jeff, can you briefly walk us through your story – how you started and how you got to where you are today.
I always grew up with music. I played piano and guitar from a young age and as a teenager I was always in a band. When it came time for college, I found an audio engineering and music business program at CU Denver and thought, this is for me! I guess from when I was young, there wasn’t anything else I really thought I wanted to do and I was lucky enough to figure out how to make a career out of music. Once I graduated school I couldn’t leave Denver fast enough. This was in the late 90’s and at the time Denver was still a small city with no real opportunity or way to make a career with music so I moved to Los Angeles as fast as I could. By sheer luck some folks were very nice to me and I happened to get an interview and consequently a job and the legendary Westlake Recording Studios. Westlake is where all the Michael Jackson records were recorded. An unbelievable number of well-known artists have worked at Westlake, including: Michael Jackson, Rihanna, Shakira, Justin Timberlake, Madonna, No Doubt, Donna Summer, Alanis Morissette, Boston, Van Halen, Celine Dion, Josh Groban, Quincy Jones, Dave Matthews, Kelly Clarkson, Timbaland, Aaliyah, Missy Elliott, Britney Spears, Maroon 5, Korn, Nine Inch Nails, Justin Bieber, Katy Perry and countless others from the 70’s through today. I spent most of my 20’s at Westlake, through the decade of the 2000’s where I was fortunate to work with some of the most amazing and famous artists in the history of music. The music business is tough and grueling and lots of hours. It’s definitely not for people who want to have a regular work week. It also isn’t really designed for people to stay as staff at a studio forever so once I felt like I had the knowledge and connections I moved on!

Overall, has it been relatively smooth? If not, what were some of the struggles along the way?
It’s not a smooth road at all. It’s incredibly difficult. The career path isn’t always direct or easily understandable. If you are fortunate enough to get a job at a place like Westlake, you start as a runner or intern and you are cleaning and getting food and basically doing anything anyone wants you to do, just so you can get a shot to someday enter the actual studio. I spent many years not being all that social and just being at the studio every day whether I was being paid or not. Just so I could meet people and learn and hopefully get my opportunity. I’d say on average through most of my time there I worked between 80-100 hour a week. It’s just not a normal life for people, you have to really want’ to do it. Many of the people who I knew along the way don’t even work in the business anymore because it’s just such a tough road. Like all entry level jobs, the pay isn’t great and its lots and lots of hard work. Once you leave the position of being staff at a studio, it is like any other person who is self-employed. Some weeks are great and you land a great record to work on and the next week nothing! You learn to budget and deal with lots of highs and lows. The struggle is to stay motivated to make it through and keep a positive attitude about music. It’s the most enjoyable thing for lots of people but when you work at it every day it does become a job sometimes. Every once in a while, you just have to stop and remember how lucky you are to do this for a living.

The Keep Recording – what should we know? What do you guys do best? What sets you apart from the competition?
My company is called Consonance Productions. We own a recording studio called The Keep Recording which is what most people in Denver know about but we also own a music publishing company where we work with artists to compose music for publishing and sync opportunities. I’d say for myself personally, I specialize more as a record producer and mixer. I spend most of my time mixing music for artists or labels or custom music companies and I produce a few records a year. I mix all kinds of music from bands worldwide and music for trailers for movies like the marvel movies (Iron Man, Thor, Avengers etc.) Star Wars movies, Game of Thrones, Disney Pixar movies and many others. I also help with the publishing company just as much. As a business, we are probably most known for our recording studio, where we provide recording and production for musicians and bands. It’s a small business but we are lucky to have built something that seems to be connecting with people in the music community. they appreciate and respect what we do and how we do it. I think the ability to help musicians, bands and artists achieve their goals is what I am most proud of. In a city like Denver, there just aren’t many people who have the experience and background I do as a producer, mixer and engineer. It is this background, experience and understanding of music which is what I think sets us apart from most of the other studios in the Denver area.

Any shoutouts? Who else deserves credit in this story – who has played a meaningful role?
There are so many people who deserve credit for where I am today. Some of them probably more than me actually! I’d say most of all is my wife Lynn who I met while working at Westlake. She has supported me from the beginning when I had nothing and worked a hundred hours a week and through all the thin times when I wasn’t working consistently. She has always been there and worked for our family to help keep things moving forward even when I wasn’t all that helpful. Whether that meant I was working 100 hour a week trying to build a business and not really earning much or raising our daughter when I was working late or all weekend or 4 weeks in a row every day! She is everything! I’d also say my parents played a role. They always supported me playing music from the time I was young. Even if that meant letting my band rehearse in the basement extremely loudly every day, or giving me permission to be out late playing in some bar while in high school when every other kid was out doing normal kid things. Also, I am fortunate to have a great business partner, Nick Sullivan, who I met shortly after moving back to Denver. He is also a record producer, musician and engineer like me and together we run the studio and publishing company. He is an equally talented guy with lots of motivation and great ideas and together we have built the company we have today. Lastly, I have had many countless mentors along the way who helped me whether it was successful musicians giving me advice or my old boss at Westlake giving me opportunities and advice and a chance to succeed. There have been many people along the way who have trusted me with their music and I will be forever grateful to all of them because I wouldn’t be here without any of them. 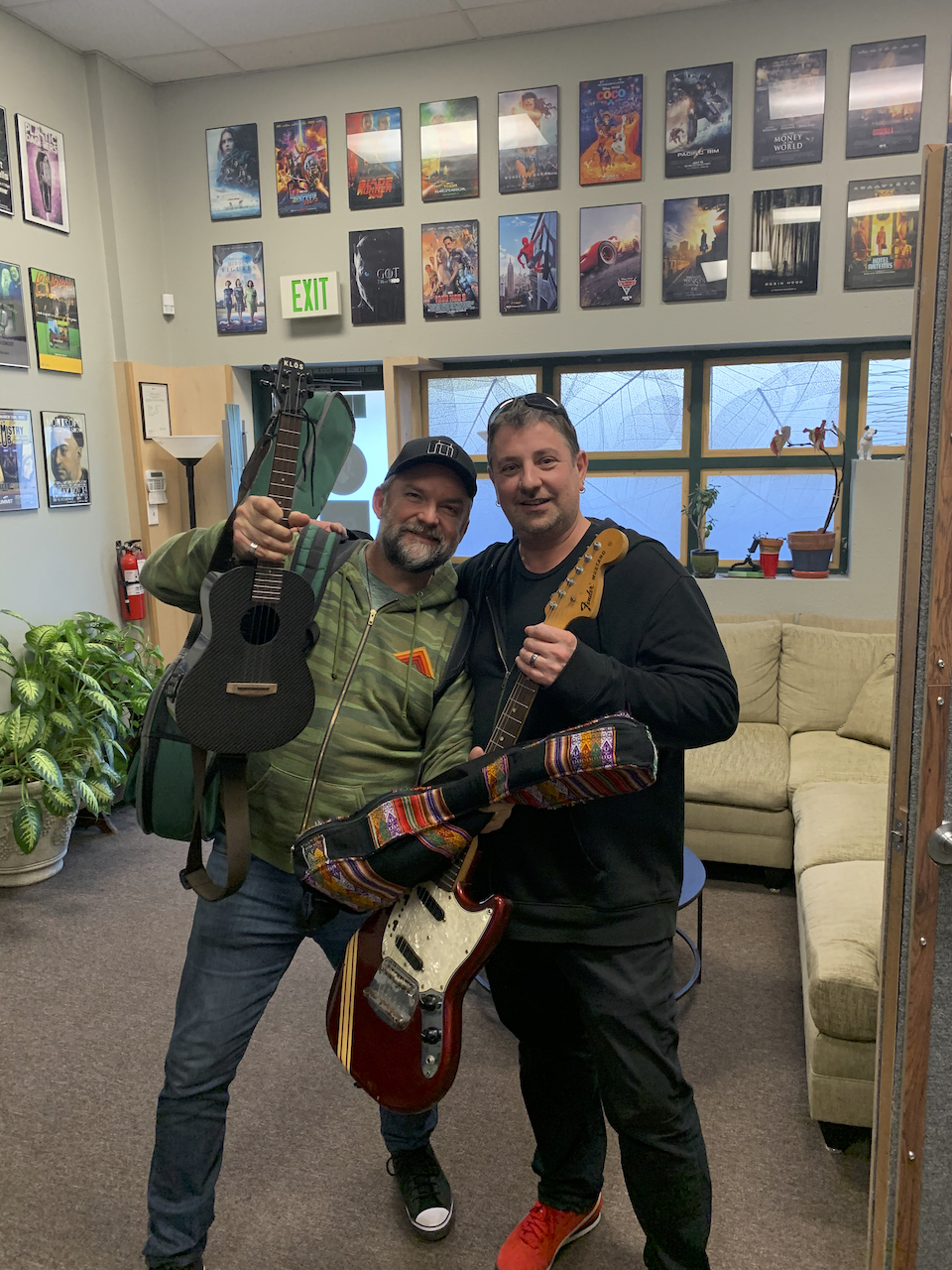 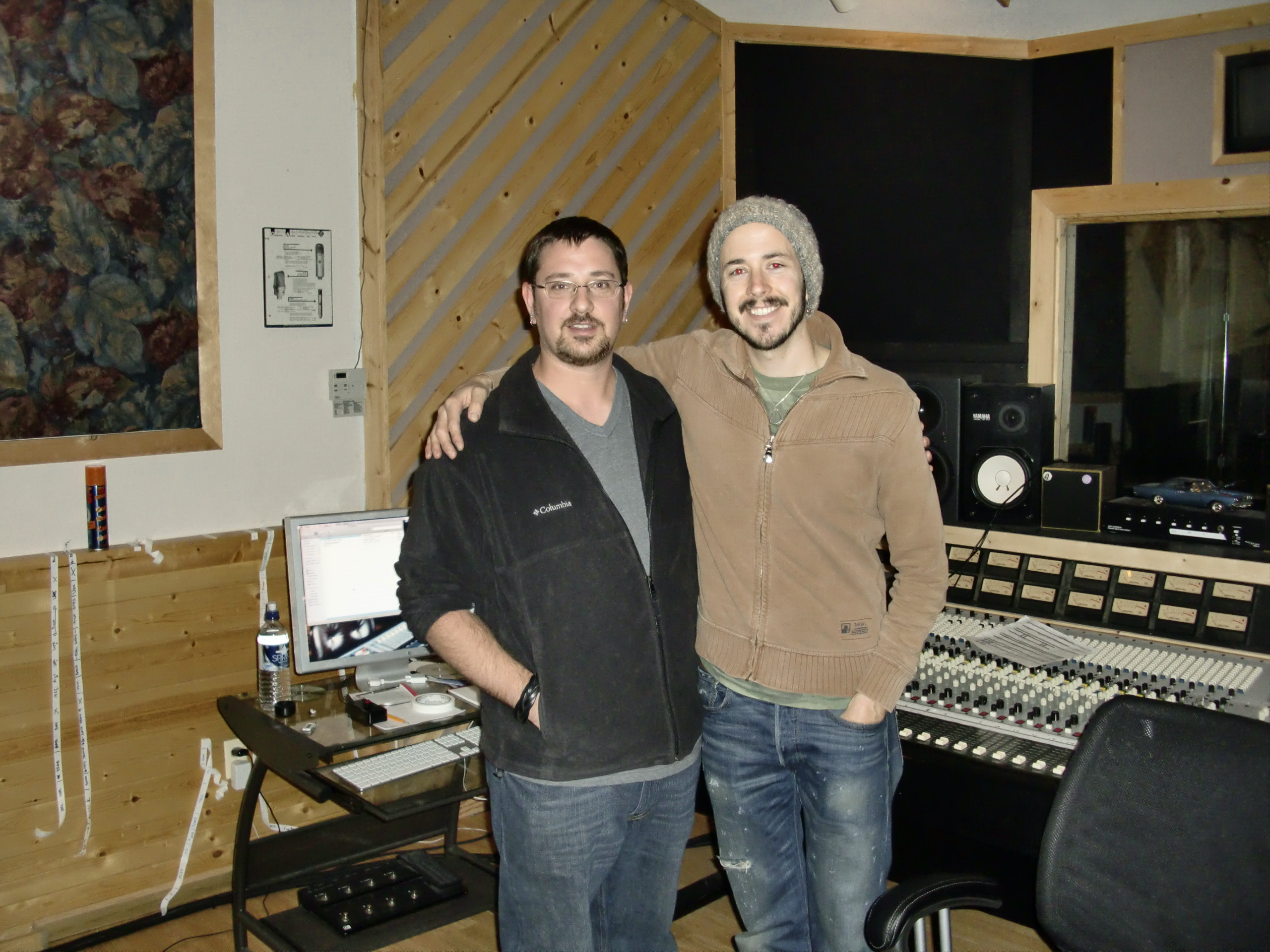 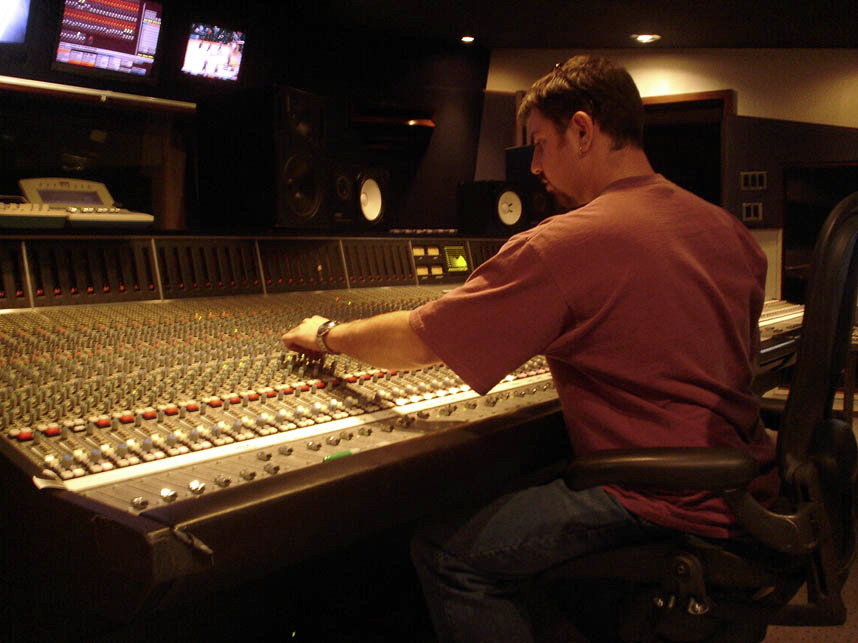 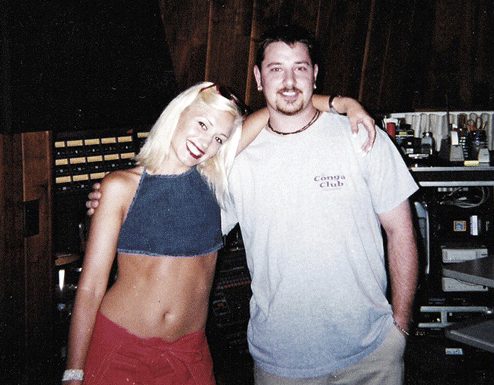 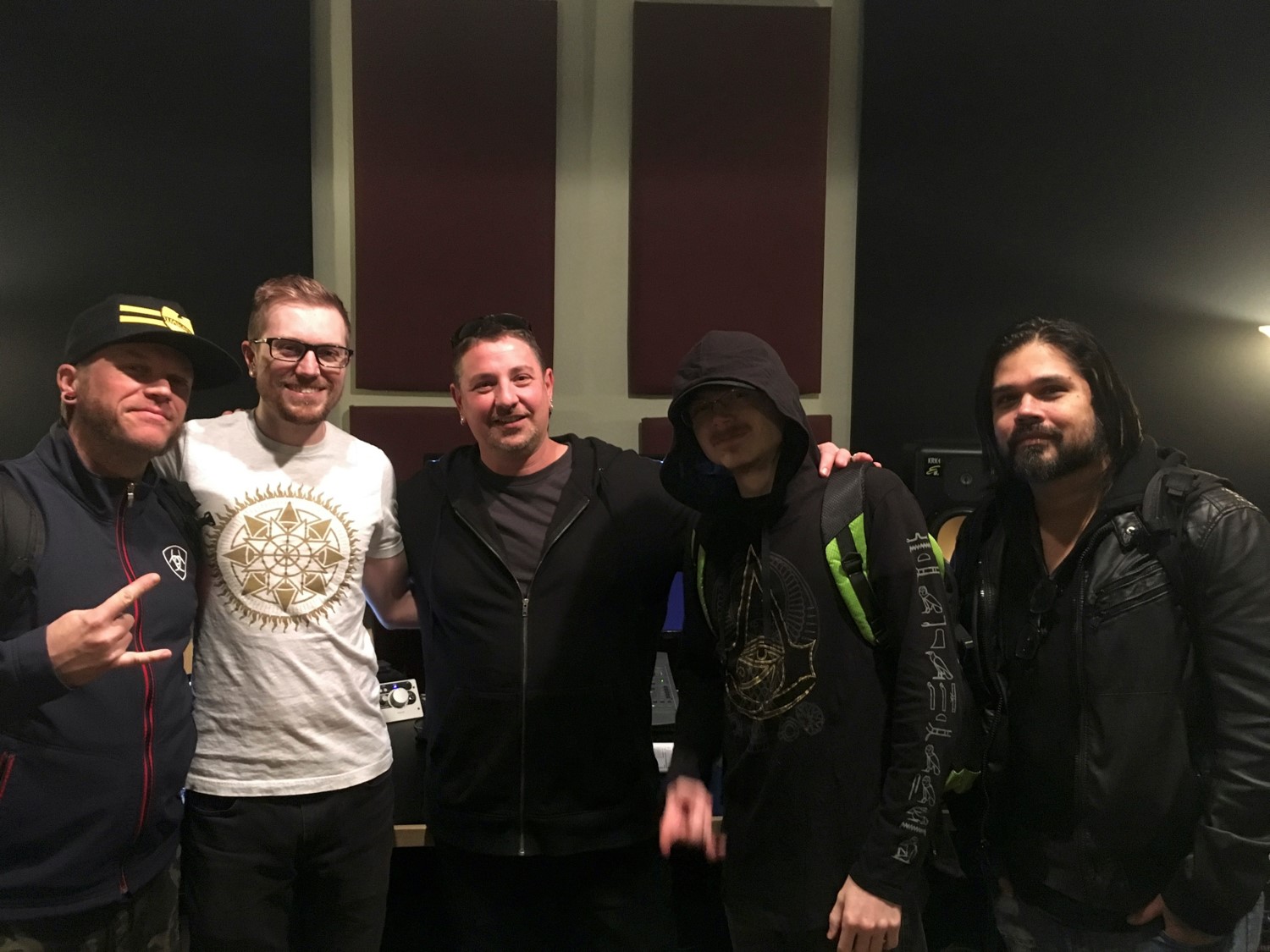 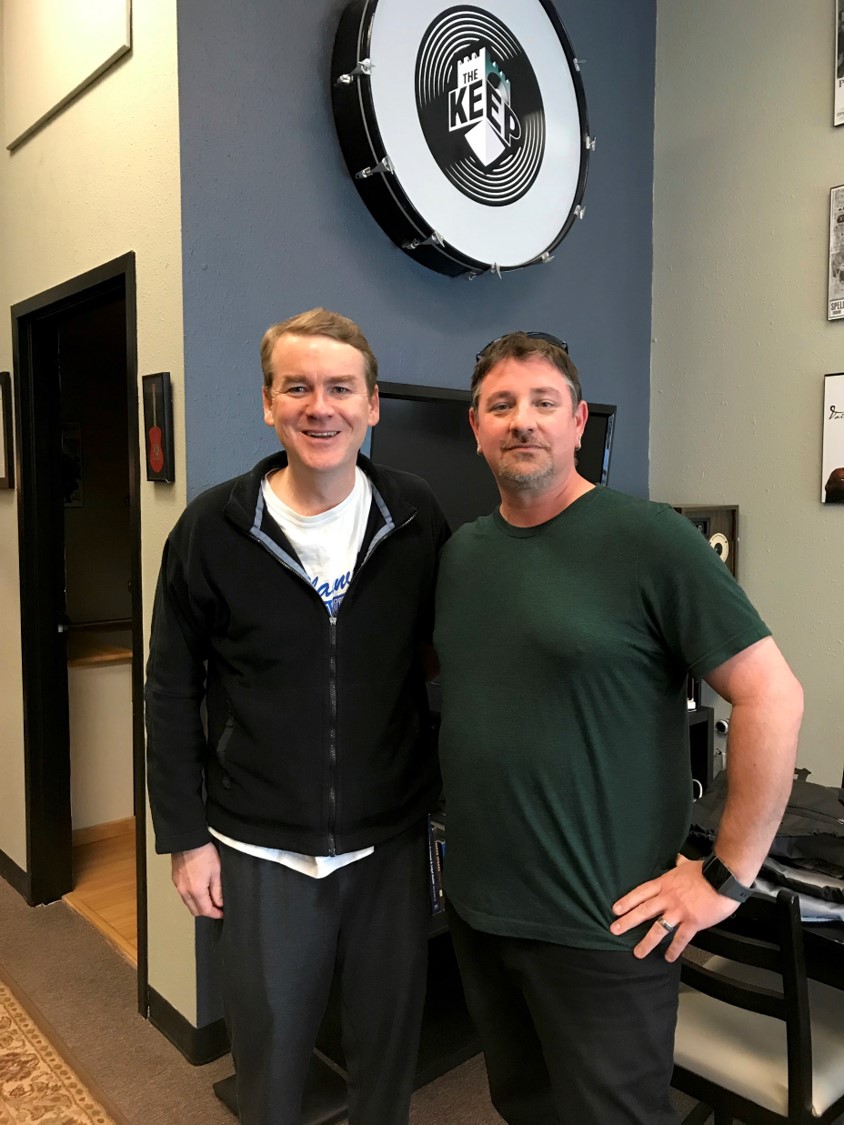 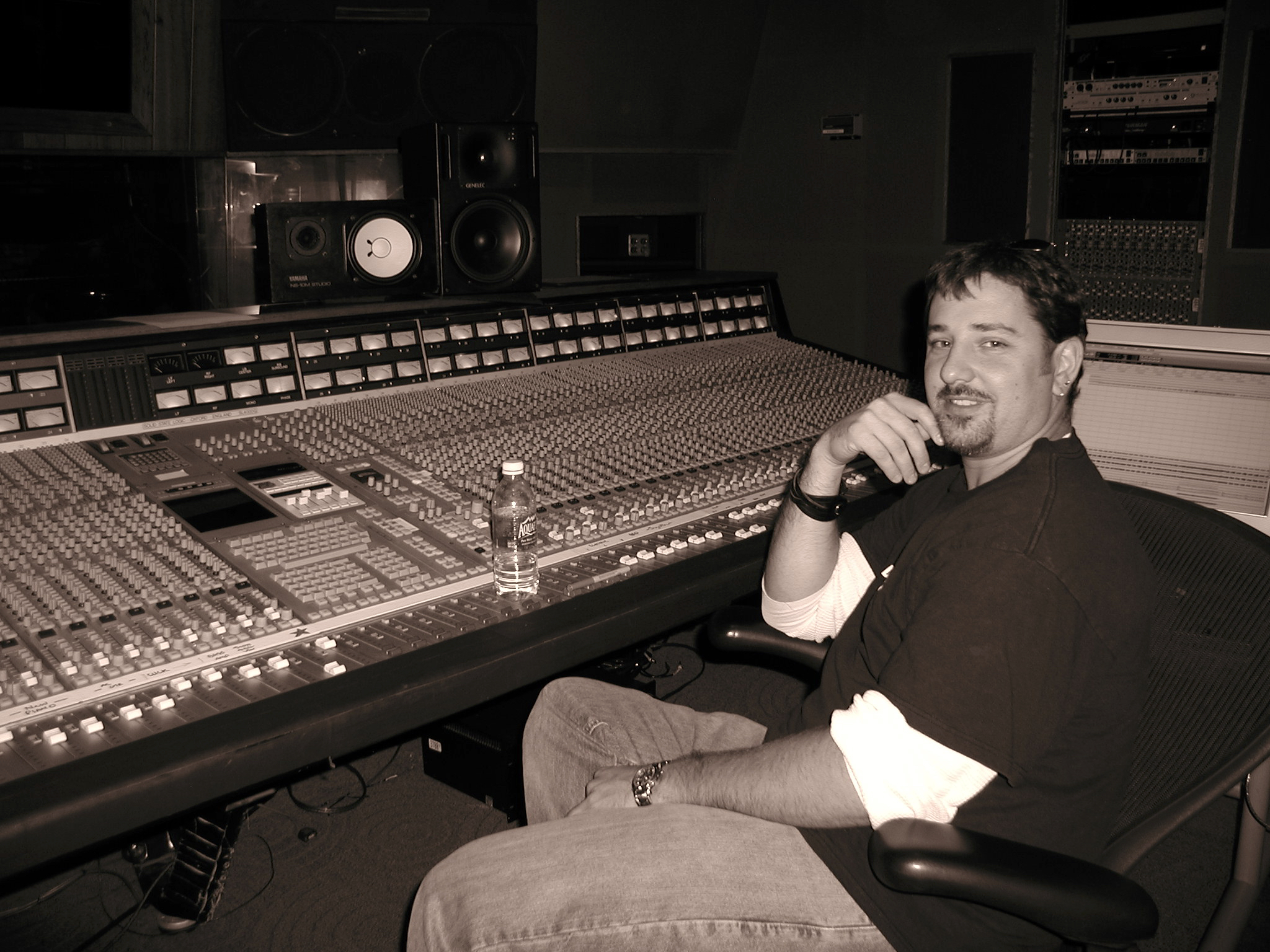