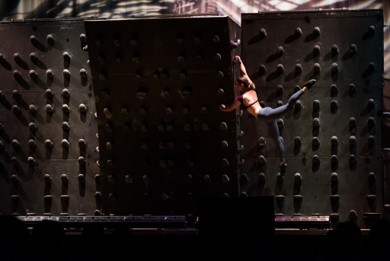 Today we’d like to introduce you to Jenna Blumenfeld.

Jenna, please share your story with us. How did you get to where you are today?
I started my dance career relatively late in life, at the age of seven. My mom said that I needed an after-school activity and my choices were synchronized swimming or ballet. I thought the pool was too cold during my introductory synchronized swimming class, so ballet it was!

I swiftly fell in love with ballet, and it didn’t hurt that I seemed to be naturally good at it. I picked up choreography quickly, and I still remember almost every dance that I performed to this day. (I could seriously perform a one-woman show of The Nutcracker no problem, as I’ve danced nearly every role ranging from the Party Scene girl to the Sugar Plum Fairy.) I received my ballet training throughout elementary, middle and high school at the New England Academy of Dance (NEAD), founded by Doris Driver and now directed by Frances Ortiz, Ginna Ortiz, and Ted Thomas. It was a fantastic experience. Not only was the ballet instruction exemplary, but also the school had a super strong community aspect to it—I still regard NEAD as home, even though I haven’t been back in years.

After high school, I studied modern dance at Indiana University under the leadership of Elizabeth Shea, where I had the great honor of performing works from legendary choreographers such as Anna Sokolow’s “Rooms,” Bill Evans’ “Impressions of Willow Bay,” Paul Taylor’s “Aureole,” and, my favorite, Martha Graham’s “Panorama.” Choreographed in 1935, “Panorama” features 33 women in long red skirts dancing to this warlike music composed by Norman Lloyd. The piece is extremely difficult to perform, both physically and emotionally. The first two movements have this steady buildup of tension, and the last movement is this kinetic craziness that’s nearly all jumping in complex patterns. Even though the piece was made in the 30s, when the women’s rights movement was picking up, it’s just as powerful and important today as it was 80 years ago.

After graduating, I did a brief stint with Thomas/Ortiz Dance, a New York City-based company owned by my former dance teachers, Frances Ortiz and Ted Thomas, and then I moved out to Colorado, where I eventually found the AscenDance Project, a rock-climbing dance company, which I’ve been performing with for the better part of eight years.

We’re always bombarded by how great it is to pursue your passion, etc – but we’ve spoken with enough people to know that it’s not always easy. Overall, would you say things have been easy for you?
The best thing about dance is no matter if you’re having a horrible day, or have a lot on your mind; it requires your full attention. For me, going to a dance class is like an hour and half of meditation. It’s all about the movement, the expression.

That said, I had a difficult time after college graduation. I wanted to dance full-time in New York with a company, but I realized nearly every professional dancer has a side gig to fuel their career. One day, after a hot and sweaty rehearsal, I realized that I needed more. I finally understood, like lightning, that dance didn’t need to be my career. It could still be a big part of my life while pursuing a more traditional profession (which is writing and editing for the food, outdoor and travel industry).

Shortly after moving to Colorado, I craved dance in my life. A quick internet search later and I was signed up to attend an audition with the AscenDance Project. Learning how to move on a vertical stage instead of a traditional horizontal one has been a fulfilling challenge.

Choreographing on a climbing wall is very different than choreographing on the ground. You have fewer movement options. The palms of your hands hurt when you dance too much too quickly. It takes time to build upper body and core strength. Gravity and safety are obviously important factors to think about because the wall is 12 feet high—you wouldn’t want to fall from that height. But such restrictions often beget creativity.

So let’s switch gears a bit and go into the AscenDance Project story. Tell us more about the business.
I am a performer with The AscenDance Project, a rock-climbing dance company, founded by artistic director Isabel von Rittberg. (You may have actually seen AscenDance Project in 2010 when the company made it into the semifinal round of America’s Got Talent.) We dance on a custom climbing wall to music mounted with a matrix of rock climbing holds. When we perform, we stabilize the wall with scaffolding, so it’s possible to perform nearly anywhere. One of the most memorable performances was a two-week stint in Singapore when our troupe performed three times per day!

It’s a unique experience to view an AscenDance Project performance, as performers conjure qualities such as strength and grace simultaneously. Some pieces highlight the athleticism of performers; other pieces showcase the more ethereal benefits of dancing on a climbing wall. With the right light, right music, right movement, it can look as though dancers are floating through space. The wall nearly disappears, and you conjure this effect that’s impossible to replicate with traditional dance. Helping bring von Rittberg’s vision to life has been an incredibly fulfilling experience.

Has luck played a meaningful role in your life and business?
I’m not a believer in luck, either good or bad. I think career choices manifest by following the people, companies, and work that excites you.

Additionally, most of the rewarding experiences in my life have been wrought by taking risks—which can be very scary. I moved to Colorado in 2011 by myself, with no job and without knowing anyone here. That was terrifying—but I can trace most positive things in my life to that decision. Being brave is more powerful than luck. 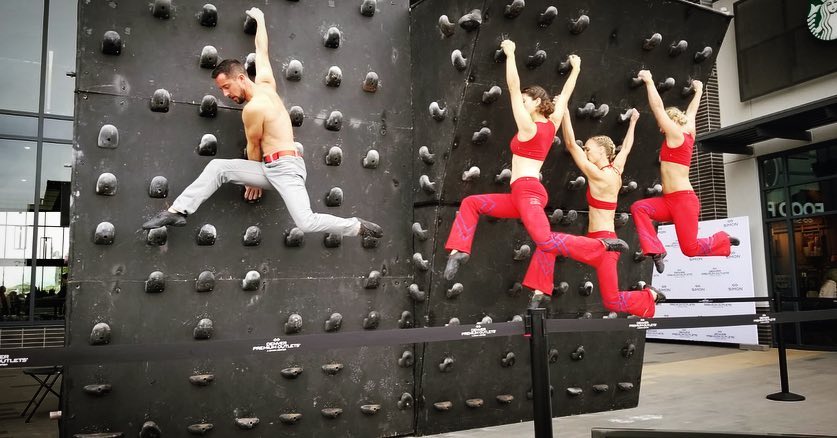 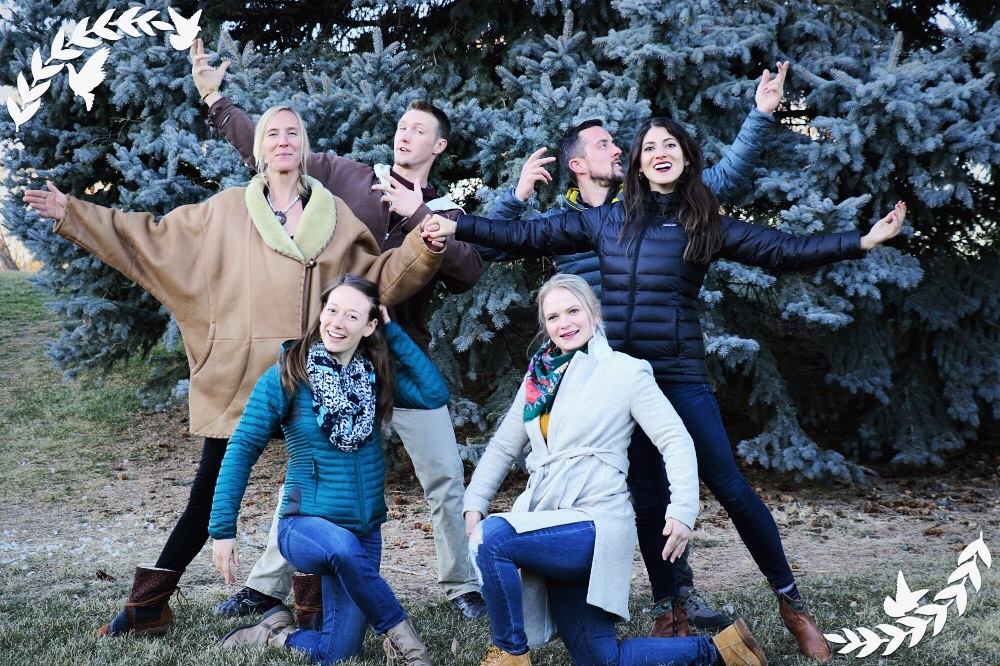 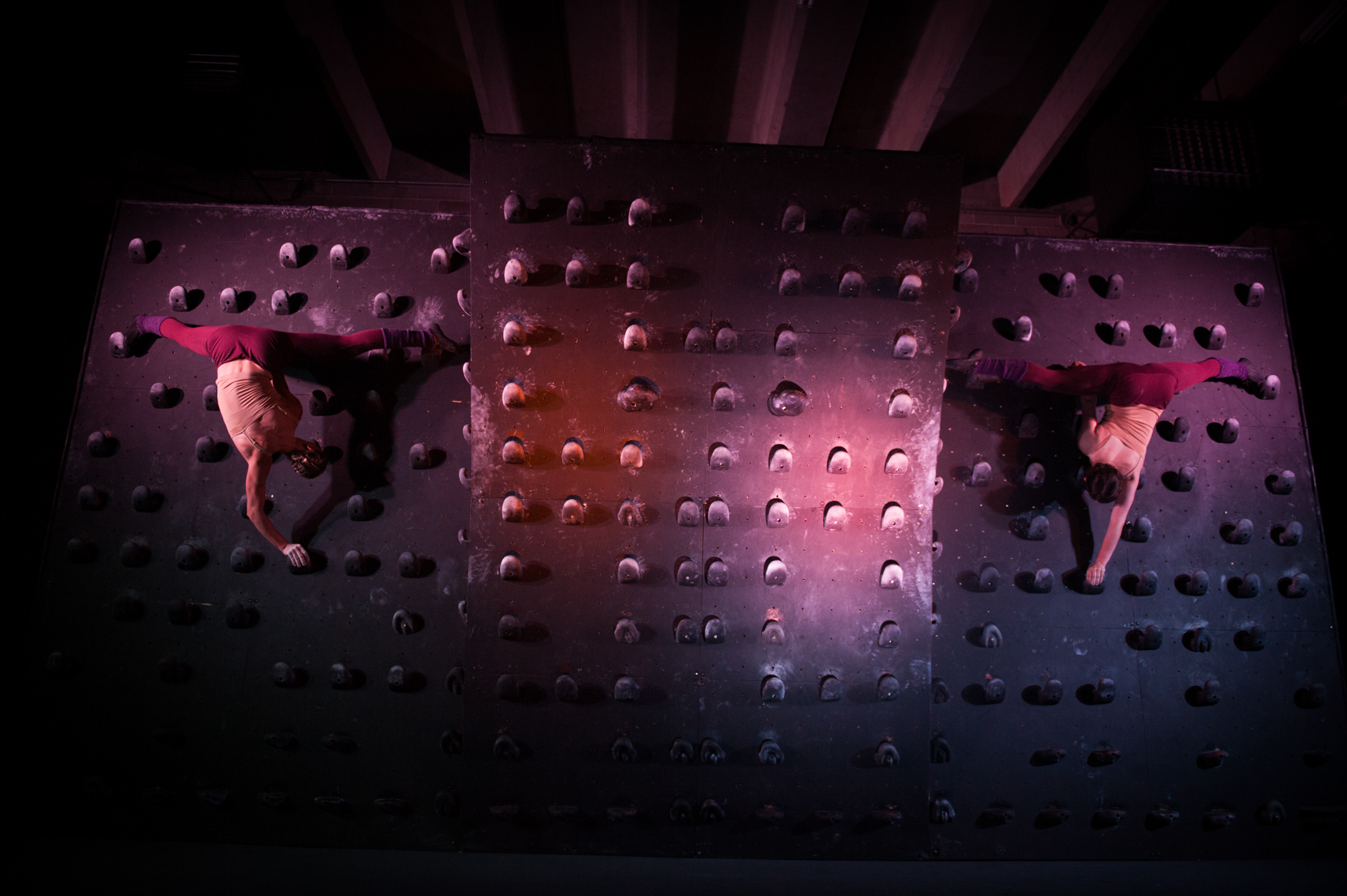 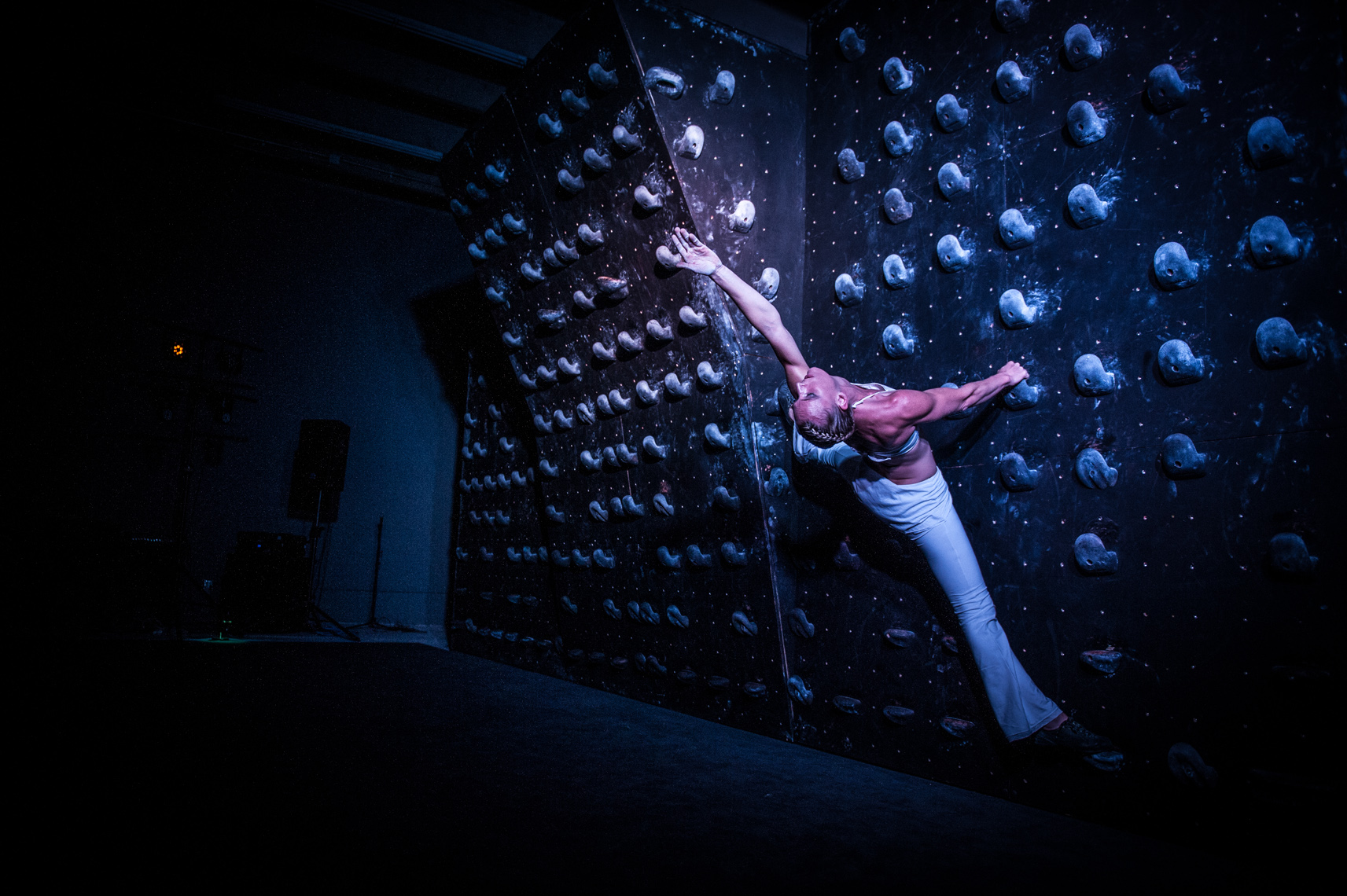 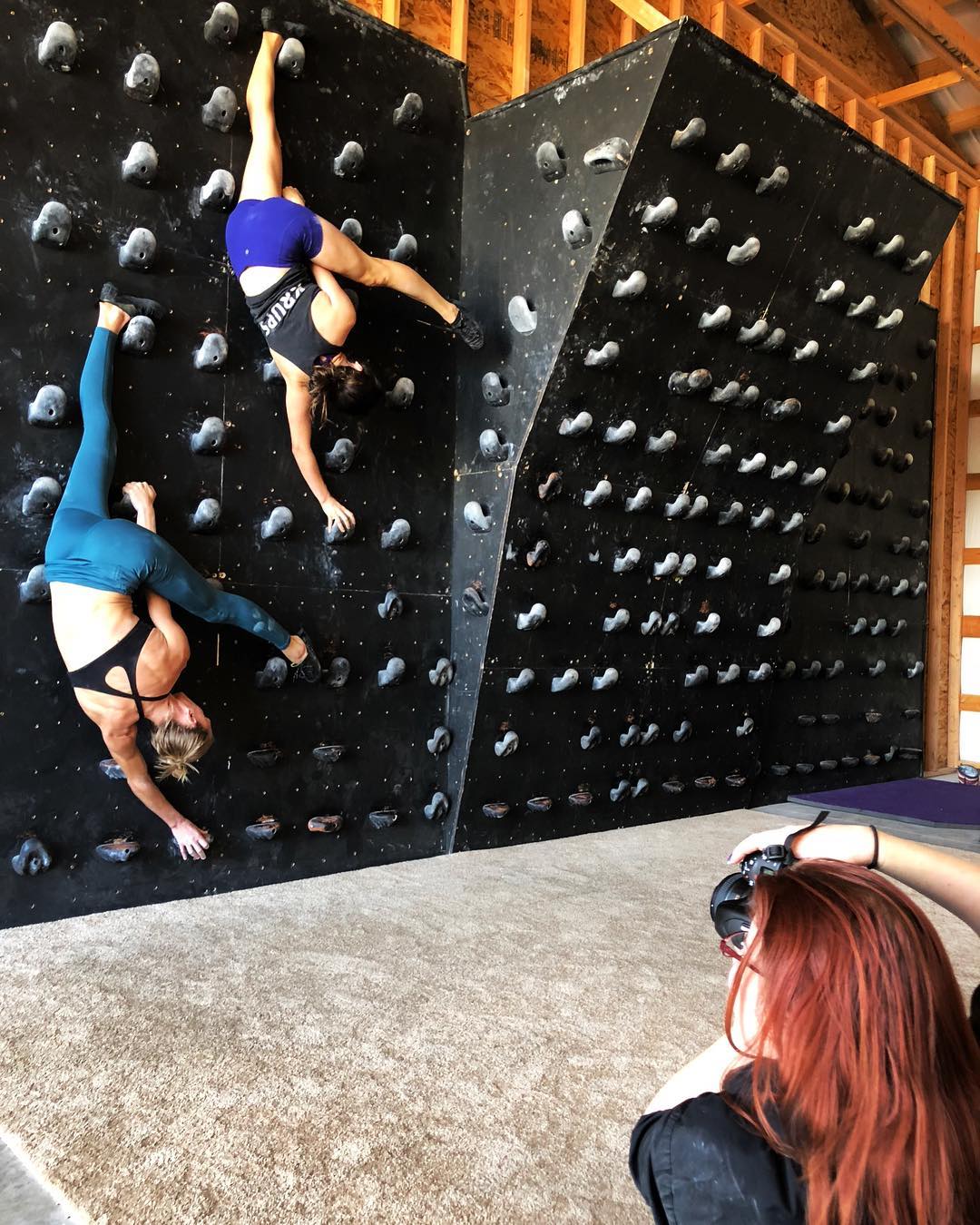 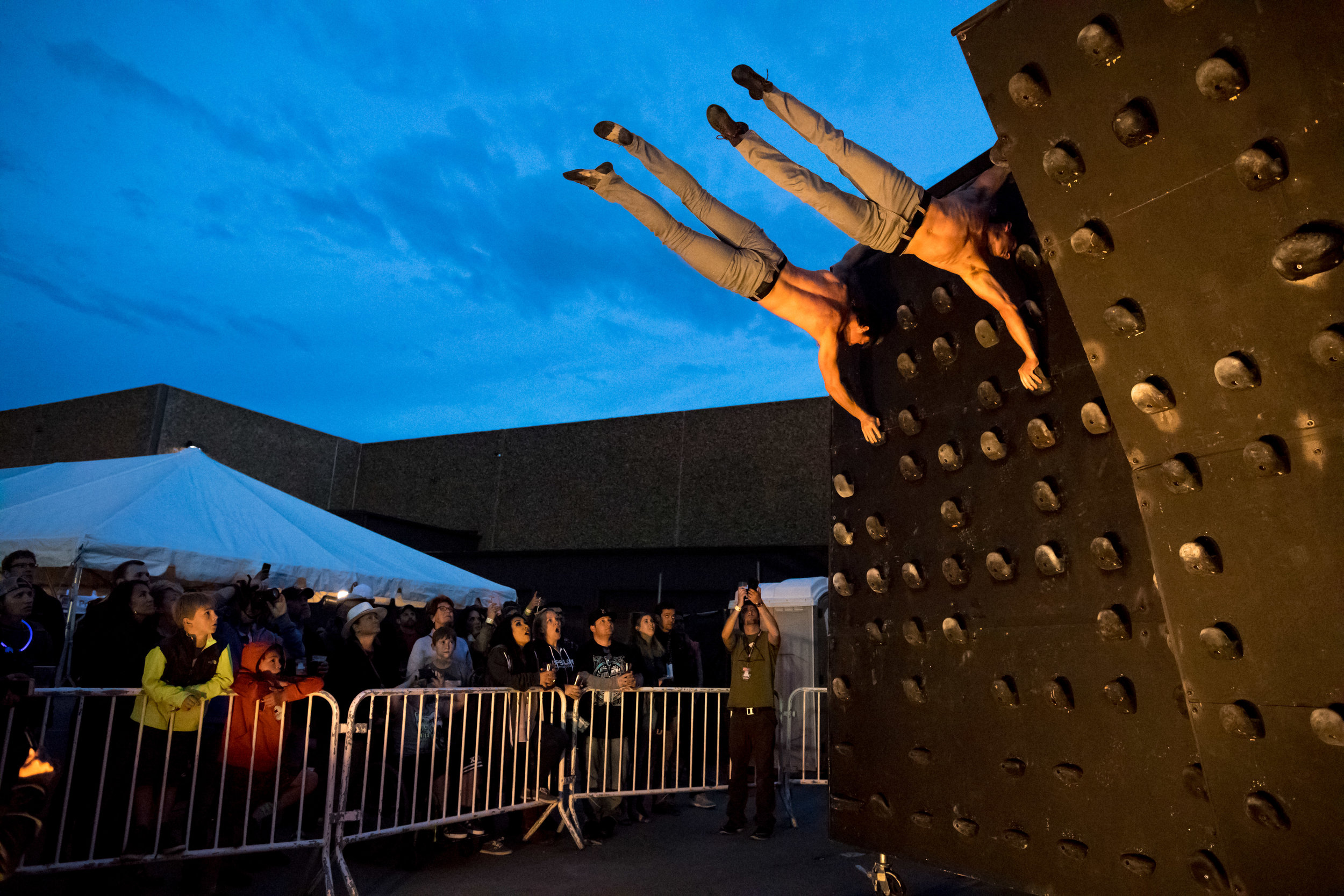