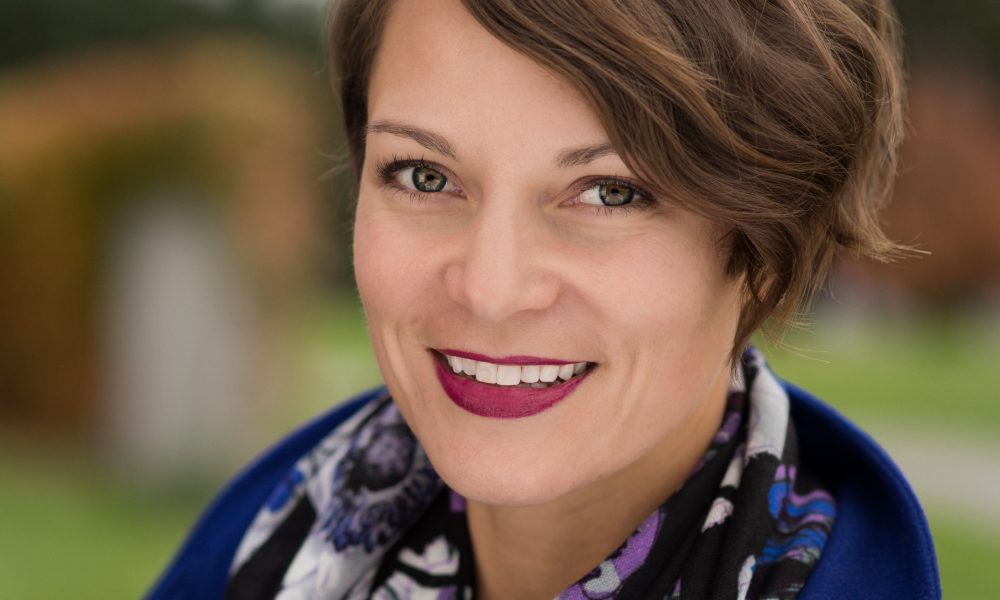 Today we’d like to introduce you to Jennifer Henneman.

Jennifer, before we jump into specific questions about the business, why don’t you give us some details about you and your story.
I grew up on a farm and ranch in north-central Montana. After spending a long time outside of the region, the West came back for me when I was least expecting it. I am currently an associate curator of western American art at the Petrie Institute of Western American Art at the Denver Art Museum.

I’ve always been interested in arts and crafts, but “arts professional” wasn’t exactly a career path on my radar in rural Montana. At Montana State University, I studied studio art and French, with zero idea of what to do with those degrees. In my junior year of college, I studied abroad in Montpellier, France, and there I realized that studying art – the technologies of how it is made, and the reasons why it is made – provides an avenue into understanding culture and society. A work of art can tell so many different stories. I received my Master’s Degree in Art History in London after writing about Iron Age Celtic torques and spending some magical hours in the British Museum. I took three years off to travel and work a variety of jobs in Seoul, London, California, Germany, France, and Washington, DC. Eventually, I decided to pursue a Ph.D. at the University of Washington in Seattle where I studied 19th century British and American art and visual culture. I became fascinated with the photographic and fine art precedents of our digital selfie culture, and I wrote my dissertation on representations of female celebrities in Britain between 1865 and 1895. One of my case studies was Annie Oakley, a pretty and feminine woman who performed a decidedly unfeminine act – acrobatic sharpshooting – with Buffalo Bill’s Wild West. Through studying her and her performances in Britain in 1887 with the Wild West, I started to become aware of the cultural, economic, and political connections between the American West and Britain.

I had to take myself pretty far out into the world before I could realize how central the West is to this country’s history and my own. After my Ph.D., I began this job at the Petrie Institute of Western American Art at the Denver Art Museum (DAM). I take care of the artworks in the DAM’s western American art collection, and I have the privilege of deciding which objects to exhibit, and why. History is a tapestry of stories, and I hope that my choices help people follow some of its threads through time. Sometimes these stories are about art, artists, culture, and production, and other times they are about politics, immigration, technology, and science. They aren’t only “for fun” (though that’s part of it): in retelling them, they inform who we are, and where we’re going.

Has it been a smooth road?
The hardest challenge was not having a vision of where I was going or what I wanted to do. For the entirety of my twenties, I floundered through a variety of interesting experiences (and regular existential crises) without a real sense of mission. I’m a goal-oriented perfectionist, and I often felt like I was running a race blindfolded with no idea of where to find the finish line. A big challenge, for me, has been accepting the value of the journey. I’m finally starting to get the hang of my own rhythms: how long it takes to develop an idea, the emotional ups and downs of research and writing, and the need to relax in between sprints of working… not to mention take care of myself during marathon projects.

A current challenge I and many other graduates face is the overwhelming burden of university debt. This debt will directly impact my life for at least the next decade, influencing choices that range from major purchases to whether or not it makes financial sense to marry my partner. While I am grateful that my degrees helped get me into a job that I love, I wish that I had known how to better advocate for myself and my financial needs. Further, I wish that my university departments and faculty had better allied themselves to their students and helped them think creatively about their skills. I think many people – myself, for a long time, and certainly my university departments – take too myopic of a view about what an art career can look like, as well as the kind of skills an arts degree nurtures. For example, art historians must ingest, analyze, and summarize large amounts of visual and textual information. They must develop ideas that are supported by evidence, and present that evidence in organized, lucid writing and impactful exhibitions. They must practice creative looking and thinking. These skills are transferable, and universities could do a great service to their art students by recognizing and celebrating that.

So, as you know, we’re impressed with Denver Art Museum – tell our readers more, for example what you’re most proud of as a company and what sets you apart from others.
The Denver Art Museum is an educational, nonprofit resource that sparks creative thinking and expression through transformative experiences with art. Its holdings reflect the city and region—and provide invaluable ways for the community to learn about cultures from around the world.

The Petrie Institute of Western American Art (PIWAA) is one of nine curatorial departments at the DAM. The PIWAA cares for the museum’s collection of western American art and promotes scholarship in the field through exhibitions, an annual symposium, and publications.

The DAM is the only “global” (or encyclopedic) art museum in the nation that devotes an entire department to western American art. We like to say that we tell the story of American art from a western perspective. When people hear “western American art,” they often think of artists of the Old West like Remington and Charles Russell. Certainly, we have works by those artists, but visitors are often surprised at how many styles our collection spans. For example, we have extraordinary works by modern artists like Marsden Hartley and Jackson Pollock, both of whom people don’t often think of as “western.”

We are excited to open the exhibition Natural Forces: Winslow Homer and Frederic Remington at the DAM on March 15, 2020. This exhibition is organized in collaboration with the Portland Museum of Art in Maine and the Amon Carter Museum of American Art in Texas. Homer and Remington were perhaps the most famous artists of the late 1800s, and their work often focused on men (and sometimes women) in and against nature. Because Homer most often painted the East, and Remington became best known for his visions of the West, their work is rarely exhibited together. However, both were cosmopolitan eastern urbanites, and both were considered “self-taught” American artists whose work dealt with questions of American identity and our relationship with nature – topics that remain relevant today. In addition to the exhibit, our annual symposium on January 8, 2020, will present new scholarship on Homer, Remington, and their time. 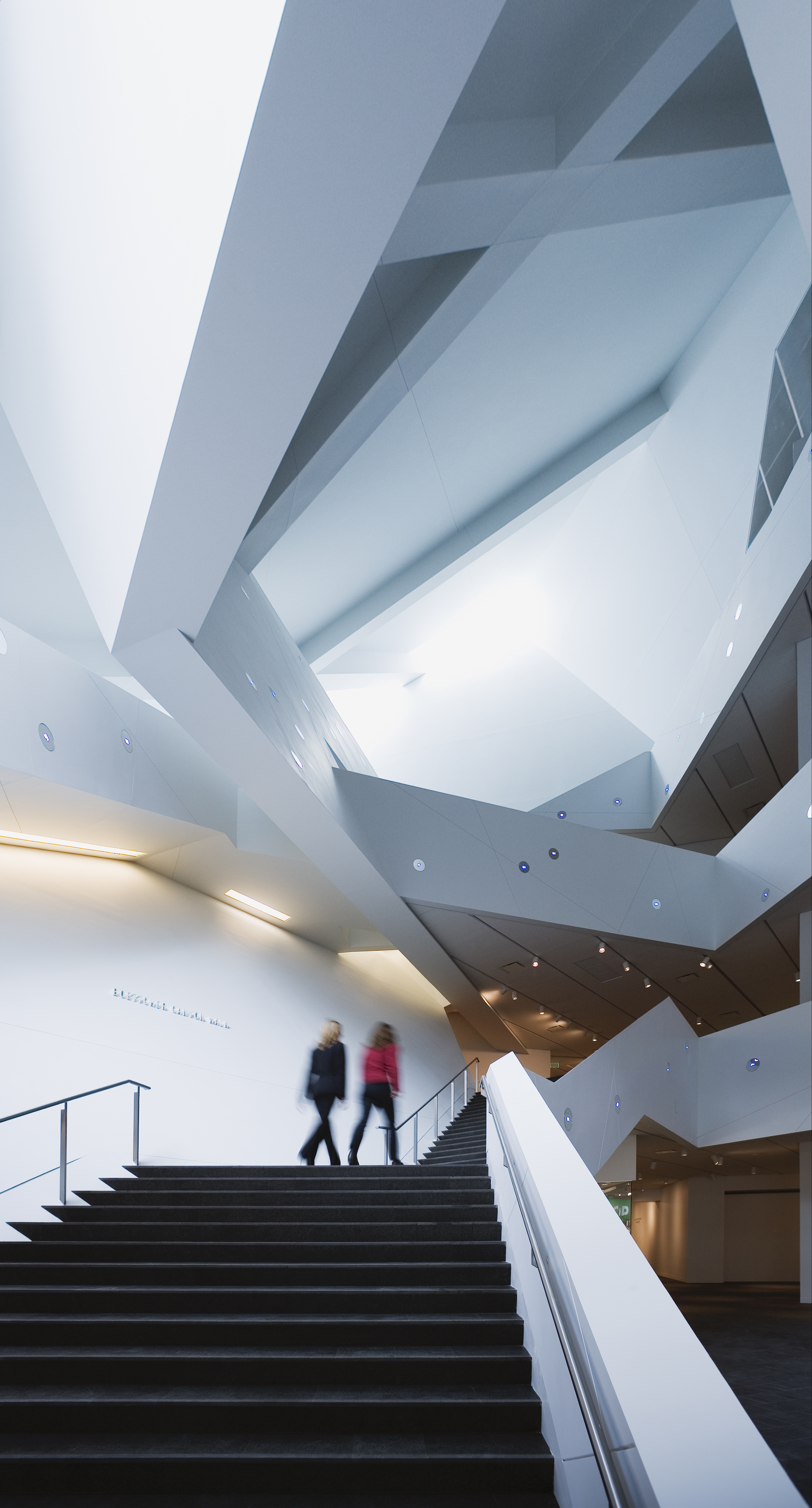 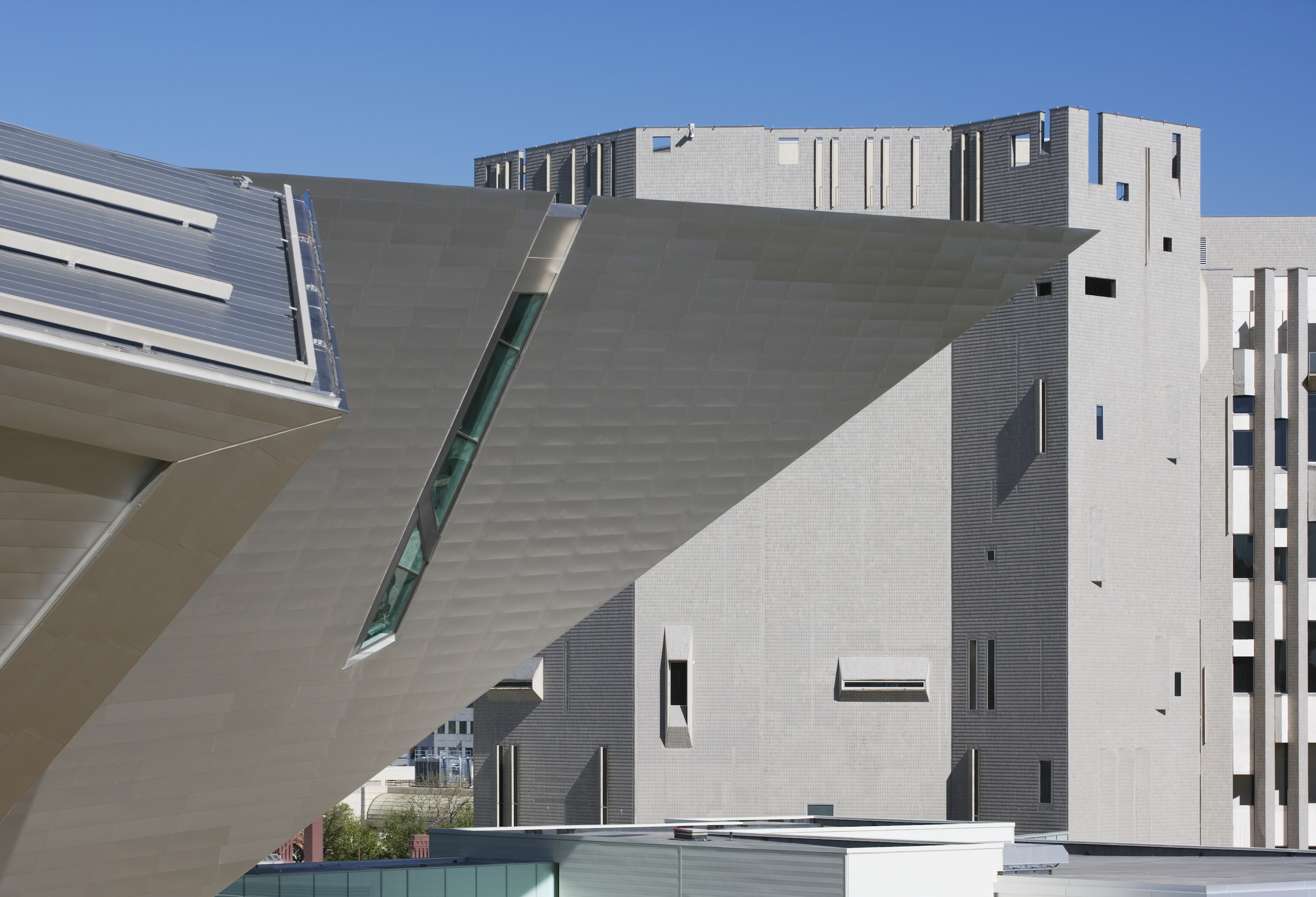 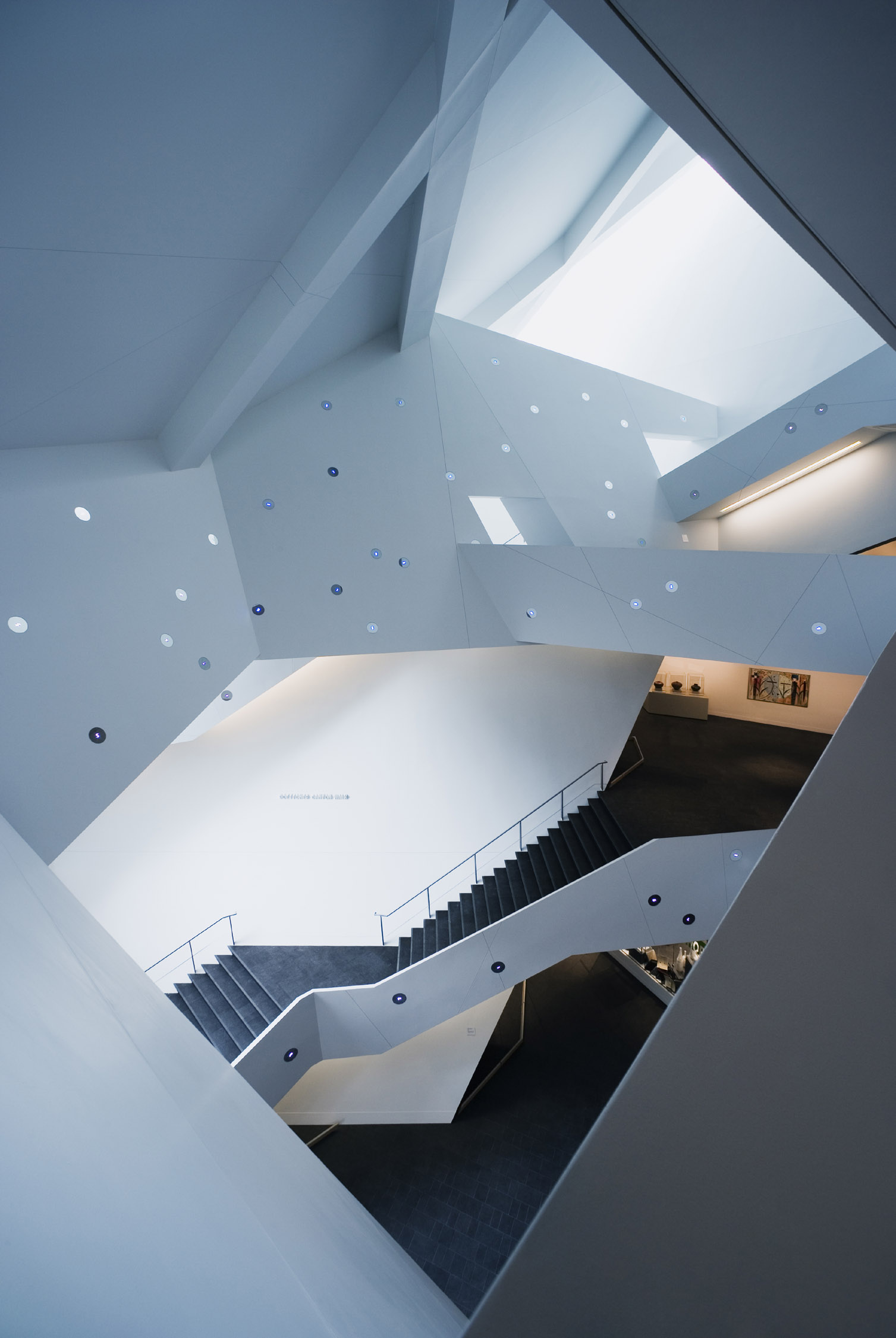 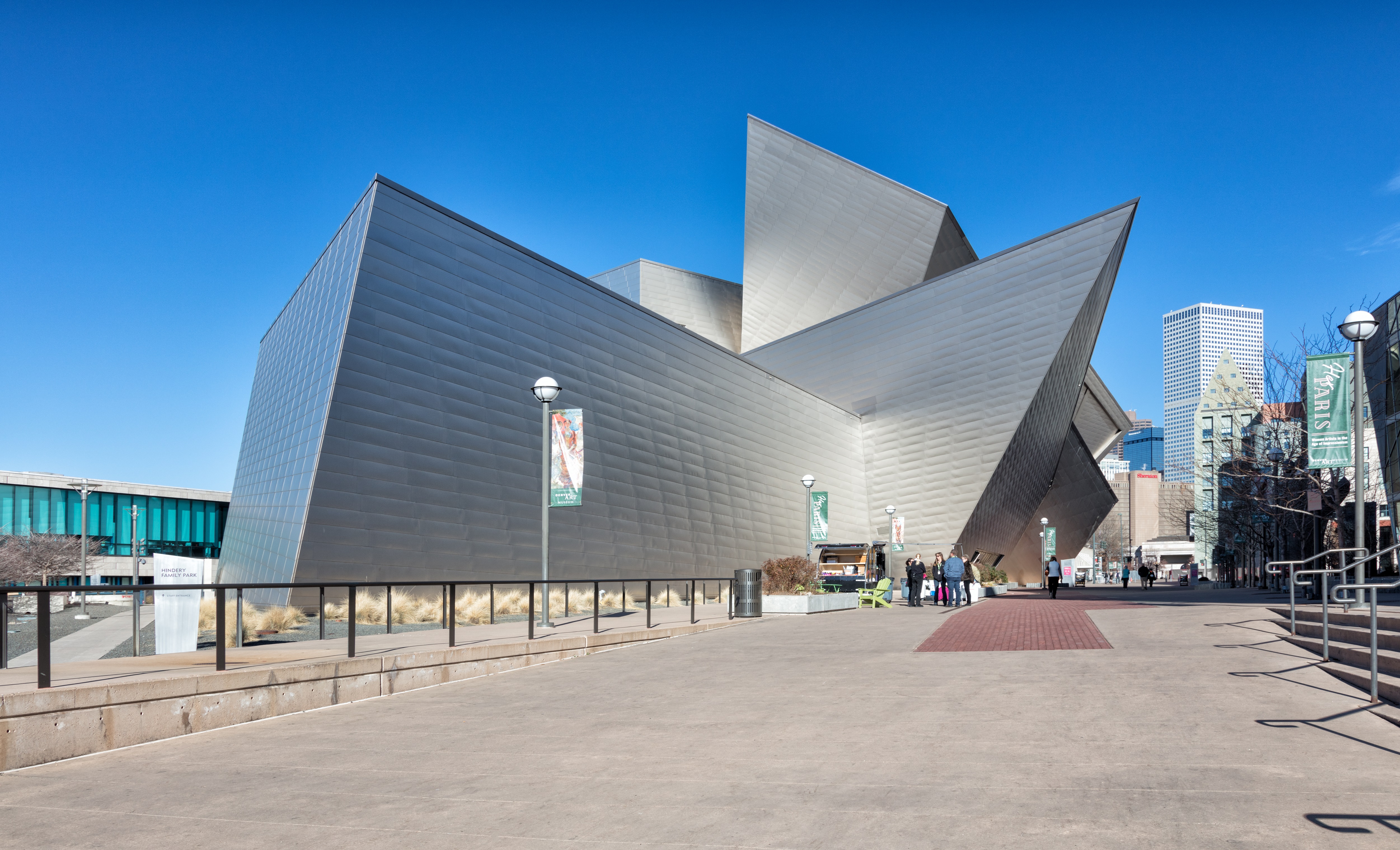