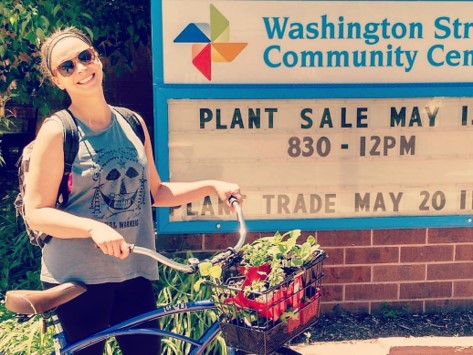 Today we’d like to introduce you to Jolie Brawner.

Jolie, can you briefly walk us through your story – how you started and how you got to where you are today.
I graduated from Florida State University with a Master’s Degree in International Affairs: Eastern European and Russian Studies. (But my undergrad is from University of Florida, making me a Gator Fan, sorry FSU). I then packed up my old Jeep and drove myself out to Denver for an unpaid internship at the Honorary Russian Consulate. I had never been to Denver, knew no one in the city and was really on my own; it was incredibly scary and simply exhilarating all at the same time!

Concurrently I gained surprisingly valuable experience working for the Pour Kids Bar group. While working my way up rapidly over two years, I honed my sales skills, became company-wide marketing manager while also working as a bar manager. I feel service industry experience is often diminished as “not a real job.” However, I will be the first to tell you (as will anyone from the service industry) that the experience I gained bartending translated seamlessly to my professional career. My ability to multitask is unmatched, my customer service is stellar, and my ability to stay incredibly calm in “hectic” situations is idiosyncratic. I have a diverse resume, and I have had a lot of excellent professional experience in my career; nevertheless I continue to assert my time in the service industry was some of the most defining experience of my life, and the lessons learned about business, service, and people have served me more than many could even imagine.

I started at Washington Street St. Patrick’s Day of 2014. The date is significant to me, and I recall it so specifically because I left my very lucrative bartending job to take a receptionist position at the Community Center. I had decided I wanted to transition into working for a non-profit and I accepted that the best way to do so was take an entry-level job at a nonprofit. And now, after hitting the five year anniversary of that decision, I can safely say it was a fantastic choice.

In the last five years, the Washington Street Community Center has grown to match the rapid growth of the city it serves. We have had a 47% increase in our Shared Space Community Rental program, a 60% increase in our income from Programming Revenue, a 145% increase in subsidies, and an impressive 170% increase in membership! We are so proud of our growth because it ultimately allows us to serve more of our community, and continue to be the community HUB of Denver, and truly a resource for all.

Great, so let’s dig a little deeper into the story – has it been an easy path overall and if not, what were the challenges you’ve had to overcome?
Does anyone just say, “You know what? It’s been super easy getting where I am today”?

This question made me think of the quote, “Everyone you meet is fighting a battle you know nothing about.” And it only reaffirmed for me how strange it would be for someone to have had no struggle what so ever.

I had very similar struggles to everyone else in their early 30s. I graduated with so much optimistic hope in the summer of 2007; only to find a slowing economy, limited opportunity, and fierce competition. Then off to grad school for a few years only to come back out into a still recovering job market. I took the unpaid internship, I worked the side hustle, and I began to doubt myself. What was I doing, how on earth was I working constantly and getting nowhere, what was my “big plan,” what was I going to accomplish something great?

And I think that has been my greatest struggle, and the hardest hurdle to overcome; my own self-doubt and letting go of other people’s concepts of success. If I’ve learned anything over the last decade its that sometimes hard work doesn’t pay off, sometimes it doesn’t just work out, and sometimes you’re forced to redefine success for yourself. We all have some sort of preconceived notion of success, what the “American Dream” is supposed to look like and when our life is looking less Norman Rockwell-y and more like a Jackson Pollock we can feel like a failure. I think the biggest struggle I have faced in my adult life is seeing the undeniable beauty in my own abstract impressionist version of the American Dream.

Washington Street Community Center – what should we know? What do you guys do best? What sets you apart from the competition?
I am so often asked about the story of the Washington Street Community Center, which I do love to tell; however, I feel the most interesting thing about Washington Street is how it grew up with the neighborhood. From its foundation in 1967, when a group of community members who believed that a community center would strengthen and revitalize the “neighbor helping neighbor” concept in an increasingly diverse society, Washington Street has aimed to be the community hub for Denver. We began as a soup kitchen, became a robust senior program, and now house an incredible four-diamond rated preschool. We have offered parenting classes and child care for struggling parents, we’ve given seniors a place to socialize and receive medical services in their neighborhood, and we’ve created a home away from home for so many of our friends and neighbors. People have learned to knit in our dining room, how to square-dance in the original church sanctuary, and have learned to read in our classrooms. We have served Denver for over 50 years and are making plans to continue providing services for another 50 years.

We have constantly changed to meet the changing needs of our community, and I feel like I have also grown up and changed to grow into the Executive Director of the organization.

What moment in your career do you look back most fondly on?
I’ve had several proud moments throughout my career and had some trouble picking just one. I was so proud to be the Co-Executive Director of the Washington Street Community Center when we turned 50! We had a beautiful Gala celebrating 50 years of service to the community, raised funds to continue our fantastic work, and heard stories from generations of Denverites the center had served. We honored the legacy of those before us and also looked to our future. I drafted a proclamation, ratified by the Council of the City of Denver recognizing and appreciating the importance of the Washington Street Community Center for its commitment to uniting the neighbors and neighborhoods of Denver. 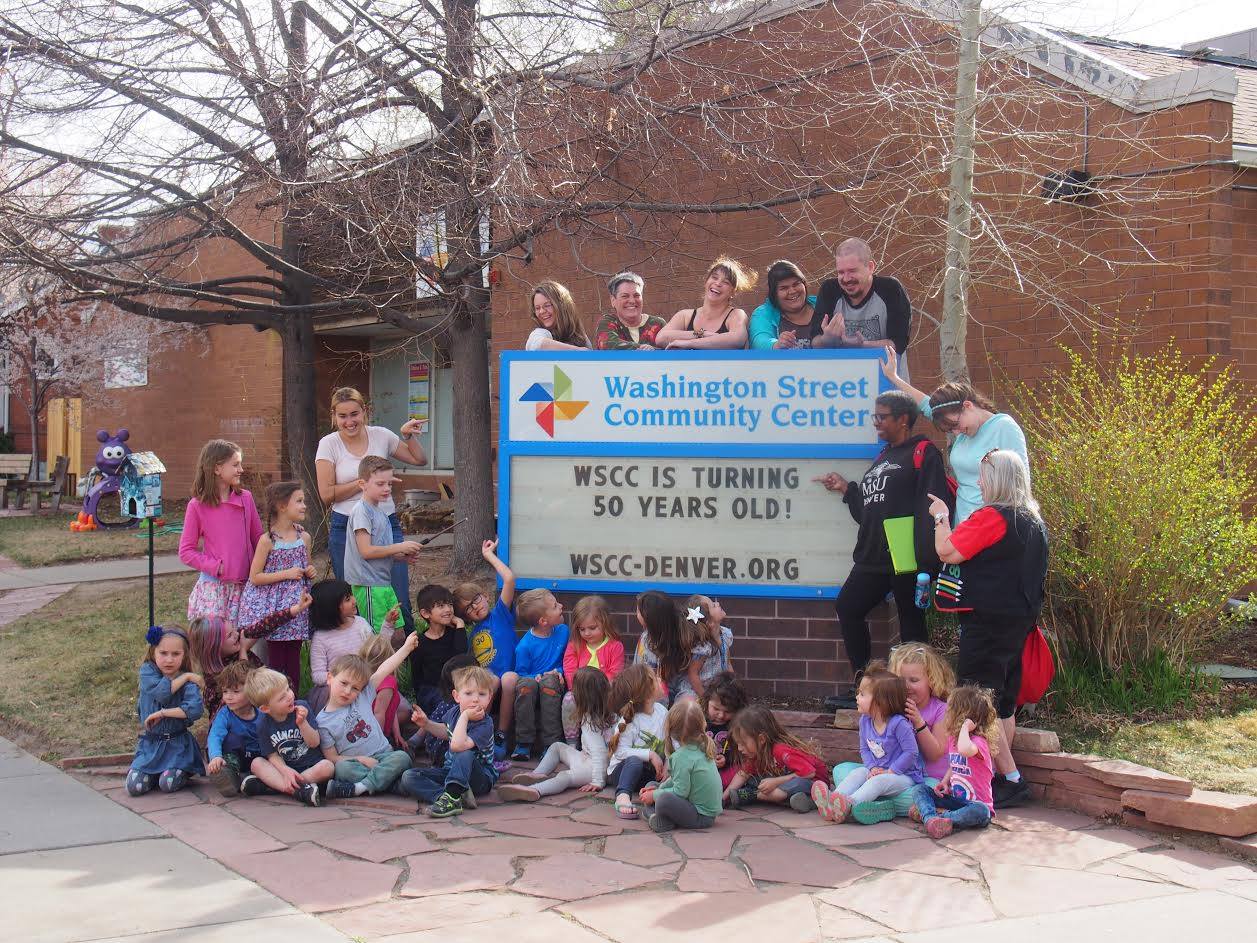 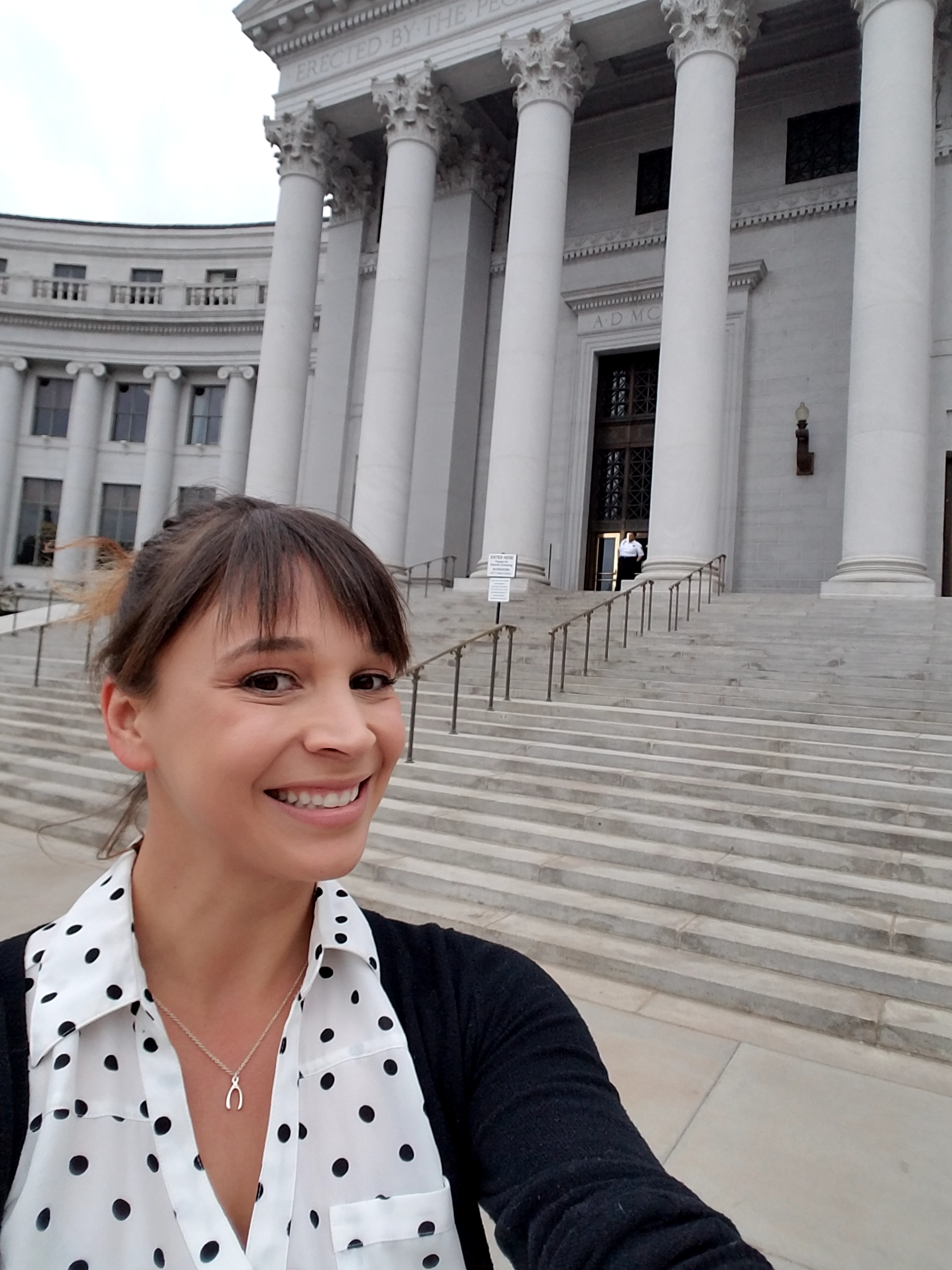 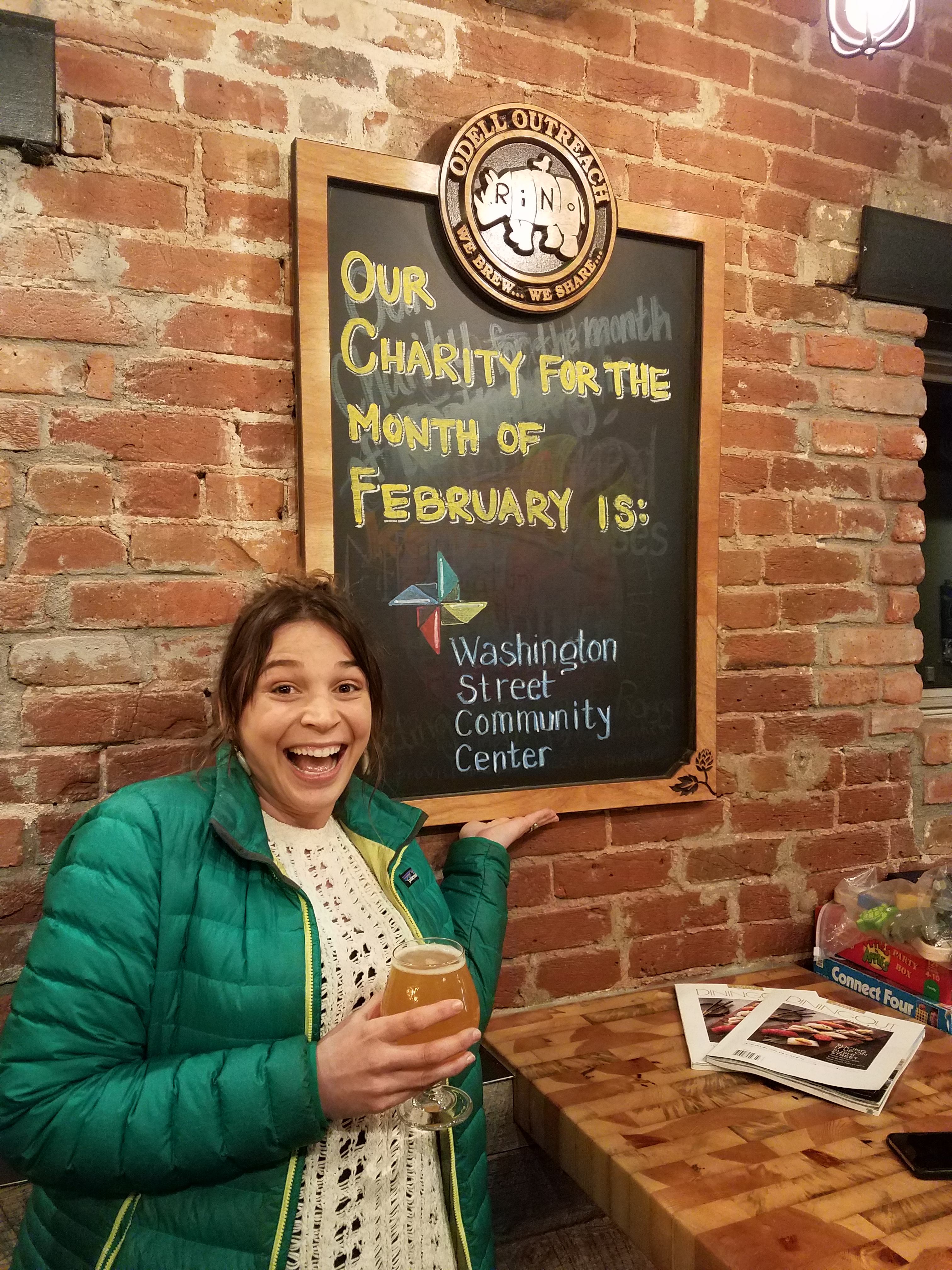 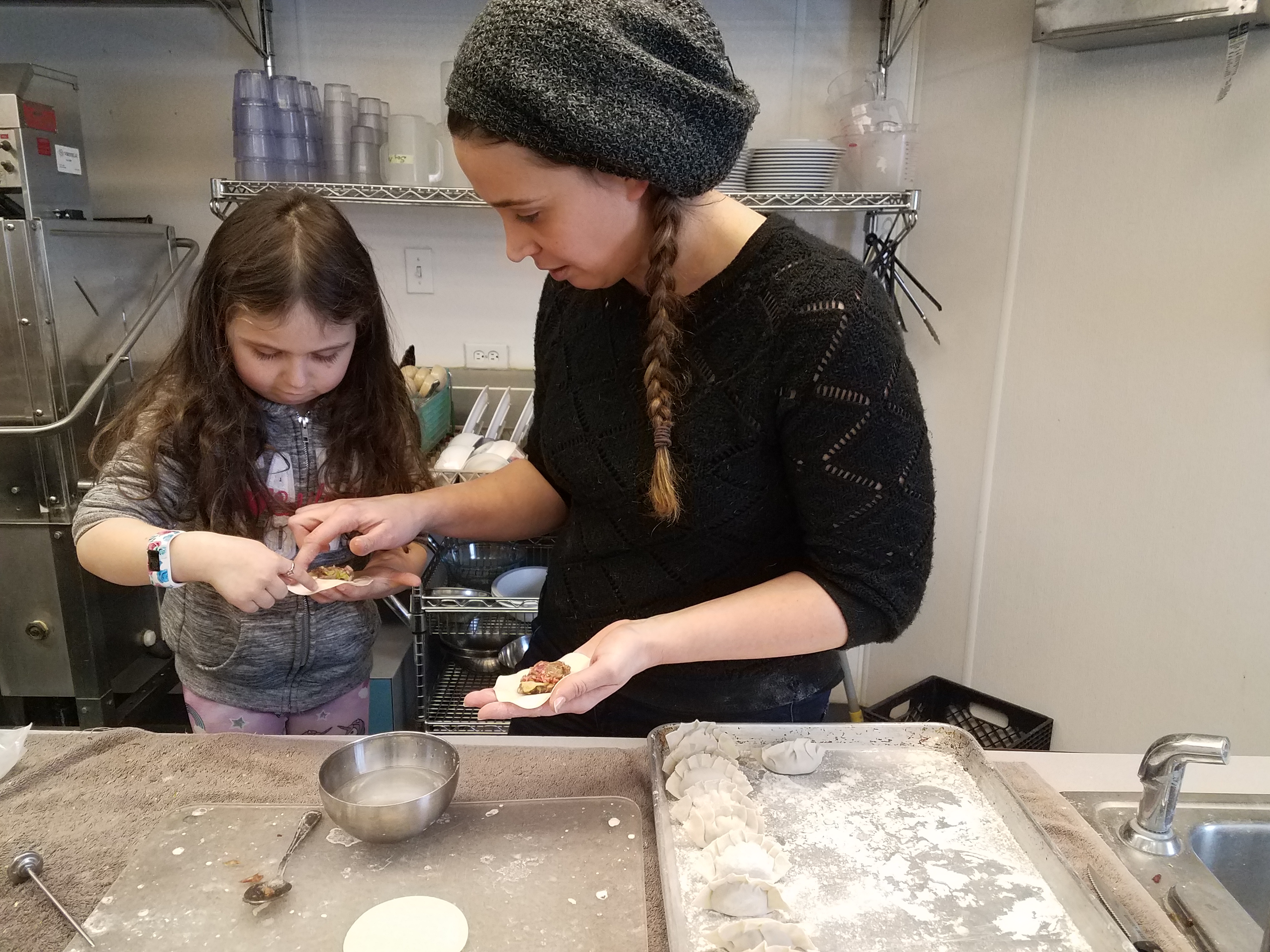 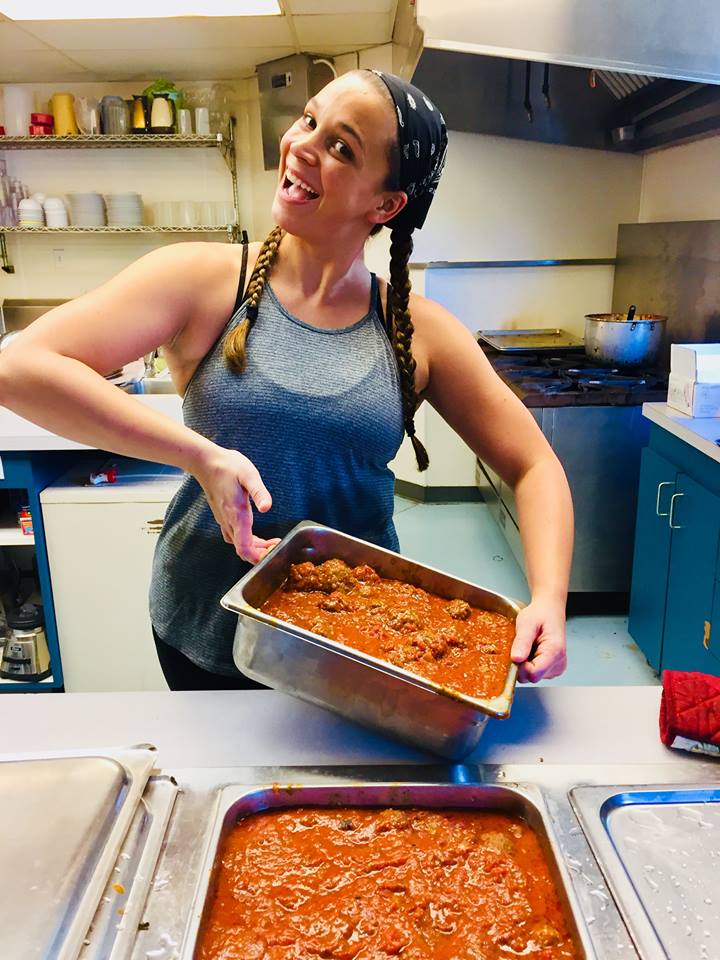 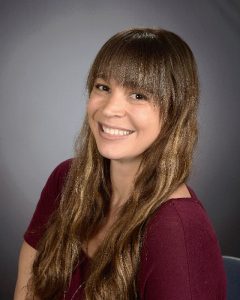 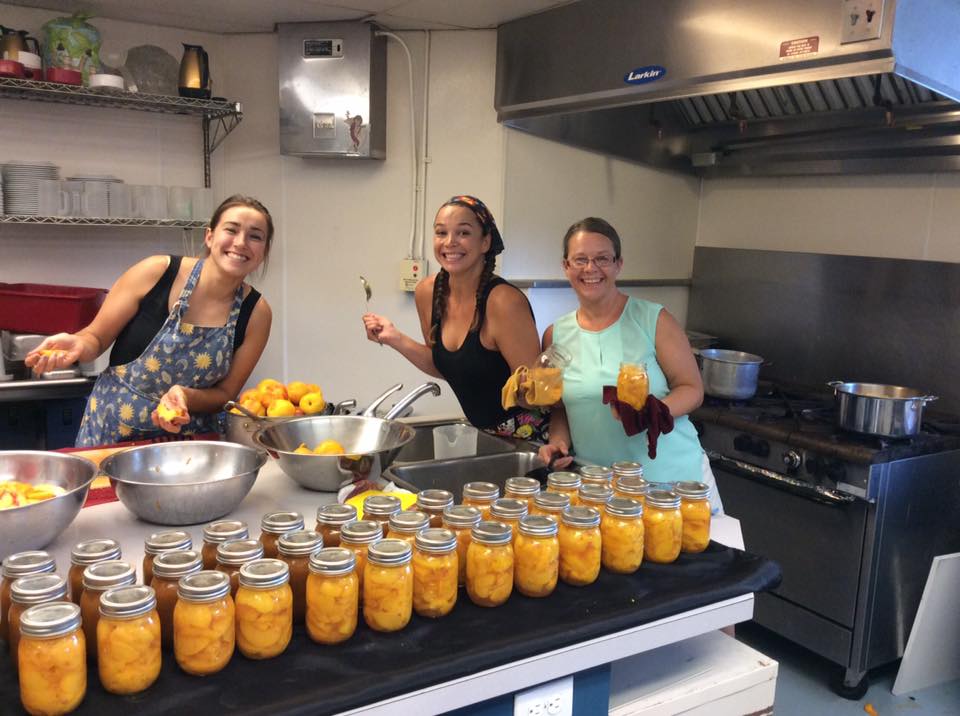