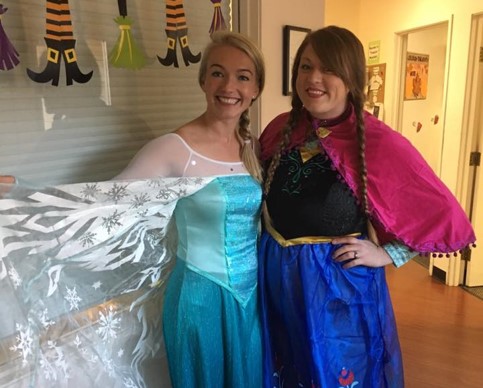 Today we’d like to introduce you to Jamie Cohen and Brooke Lestikow.

Thanks for sharing your story with us Jamie and Brooke. So, let’s start at the beginning and we can move on from there.
Brooke and I started working together at The Joshua School (our parent organization) in 2012 as teachers. Back then, we only had two preschool classrooms in our Joshua Early Intervention Program. That program utilized Applied Behavior Analysis therapy for children with autism spectrum disorder and other developmental disabilities. In those early years, we identified a need. There needed to be larger early childhood center that could also house a traditional preschool where children that were typically developing could attend alongside the early intervention children. This expanded on our “peer mentorship” program we were starting.

Throughout our careers, at this non-profit, Brooke and I both wore many “hats” and eventually became Program Directors for Joshua Early Childhood Center.

We searched and searched for a new facility but to no avail for years. There were many long working nights writing business plans, reaching out to realtors and churches, creating a new website, figuring out the online marketing world, creating new logos. Finally, we found our space at 5760 E. Otero Ave. in Centennial.

We had an extremely limited budget at the time but knew we had to take this opportunity. We created a crowdfunding page and raised over $20,000 within the first couple of months. We’re so grateful to all of those that donated! We needed the funds to purchase the furniture, toys and program material needed to expand from 2 classrooms to our goal of 7. To get the new building licensed, we would need to show that we were ready for 50 children, even though we were only bringing over eight at the time from our previous building’s capacity.

We moved everything over to the new space over our Spring Break in 2016 thanks to the help of our staff, families and community members. Multiple inspections and licensing visits occurred over the course of a few anxious days but we PASSED! It was truly remarkable to see our gracious community rally together for us and feel that accomplishment – we were ready for more kids to experience the unique culture and education that would come at JECC!

Great, so let’s dig a little deeper into the story – has it been an easy path overall and if not, what were the challenges you’ve had to overcome?
It absolutely has not been smooth through the years, but thankfully, Brooke and I have developed a very strong partnership as co-directors. We both say to each other constantly “if I didn’t have you, we would not be here”! It sounds corny, but we’re seriously the “ying to each other’s yang”, When one is struggling with a certain situation, the other will pick up additional responsibilities to help relieve the workload. We share a small office and desk together and have had to learn through the years, but it’s really cool how our cohesive relationship has developed.

Just recently we experienced a very serious situation at JECC. We walked into our building on Tuesday, February 19th last month to see that a pipe in one of the bathrooms had burst and there was at least an inch of water EVERYWHERE! We were in complete shock, not knowing to what extent this was going to impact the program. We had to go straight into “go” mode and tackle the situation. With the help of our Facilities Manager, Joe Marshall, we got the restoration crew in within a couple of hours to assess and start mitigating. The building was pretty much “totaled”. We would need all new flooring and drywall repair. It was a complete mess. Brooke had a connection with a construction crew that was able to start as soon as the building was mitigated. The most pressing issue for us was how long would the kids need to be out of school? Especially for our kids with autism, a break in their routine significantly impacts their progress. We had to move quick!

We called and visited any and all places that could be our “temporary center”. Many places didn’t have the space for 40 children at a time! When we did find a place that was open to housing us, we had to go through a 3-round inspection. Many didn’t pass the inspections. We had multiple news channels show up at JECC while Brooke and I were frantically working to find a new space wanting to interview us. We agreed hoping it would bring awareness and someone with space would contact us.

Finally, on the Friday of that same week, we found BRAVE Church that was not only open, but we could tell by the newly renovated facility, that it was likely to pass inspections. Just like when we opened JECC, our incredible community rallied together. On Monday the week after, we moved all of our items from JECC over to BRAVE Church to prepare for licensing. We had all three inspections on that same Monday, and it was probably the longest and most stressful day of our careers! It was one thing to open the new center on Otero back in 2016 with eight kids…now we had over 40 families!

In total, the kids were out of session for five days. The construction was completed and we moved back into our home base the night of March 12th. And in true Denver weather fashion, a big snow storm came that night and all schools were closed for the next two days. So we re-opened on Friday, March 15. A three-week turn-around…. Not bad!

Brooke and I now joke that this whole debacle is a blur, and we’ve blacked out a lot of the parts! But one thing we’ve learned through this experience is that with passion and hard work, anything can be accomplished!

Joshua Early Childhood Center – what else should we know? What do you do best? What sets you apart from others?
In 2002, six educators were teaching in a public school district when their beloved student, Joshua, unexpectedly passed away. After years of frustration over the constraints of traditional education, these six teachers vowed to use this tragedy for good and founded The Joshua School. The vision was simple….if a child had one day left on this earth it had to be the most meaningful and magical day of their lives. That vision then expanded into the Joshua philosophies which guide our daily teaching.

Our philosophies:
Dignity is the birthright of every human being.
Find meaning in everything you do.
Be kind for everyone you meet is fighting a hard battle.
Honor each child’s unique mind, body, and spirit.
Teach to build each child’s own interests, talents, and dreams.
Start small, move slowly.

The Joshua School began serving children with developmental disabilities in October of 2005 and rapidly grew into one of the most outstanding autism spectrum disorder treatment facilities in the country. The preschool program at The Joshua School, Joshua Early Intervention, began to thrive and in 2011 this program expanded to serve children of all abilities. This was the beginning of Joshua Academy. Joshua Early Intervention and Joshua Academy moved into the new Joshua Early Childhood Center in Centennial in April 2016!

What moment in your career do you look back most fondly on?
Every time a child gains more communication to freely express themselves. That “first word”, whether it’s sign language, speech or on an electronic “talker”. Many of our kids in the Early Intervention program come to us with extreme communication difficulties. So being able to ask for something is a HUGE breakthrough that gives them so much power in their world.

In addition, seeing children from our Joshua Academy program befriend a child from the Early Intervention program. THAT’s what it’s all about! We encourage not only understanding but acceptance. The children in the Academy program learn empathy, kindness and leadership skills from such a young age. It’s a super unique experience that our families really see the benefit in. 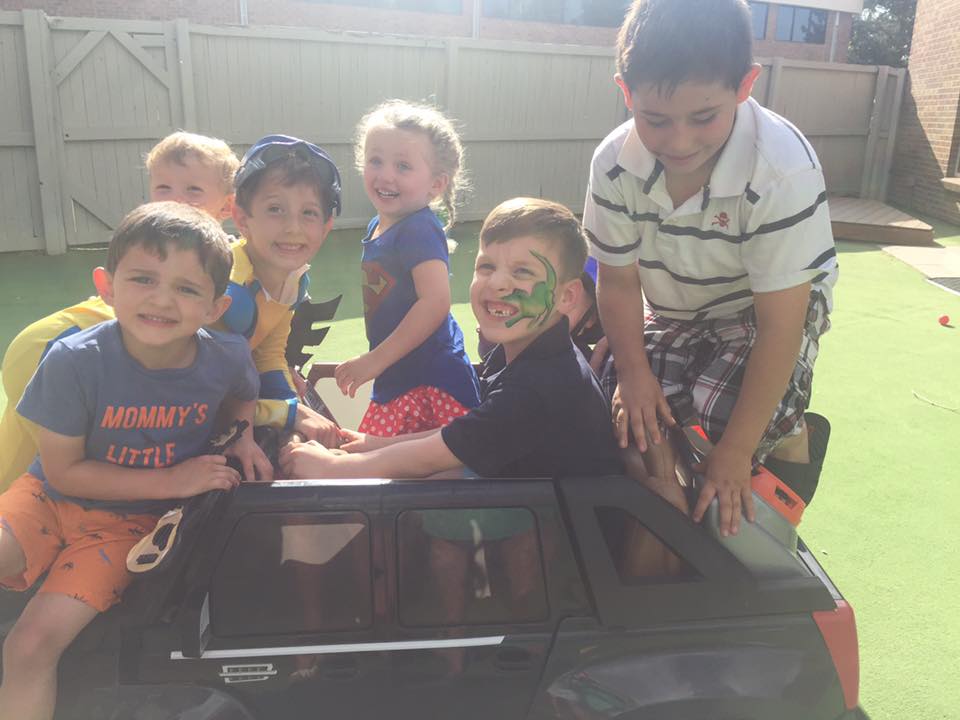 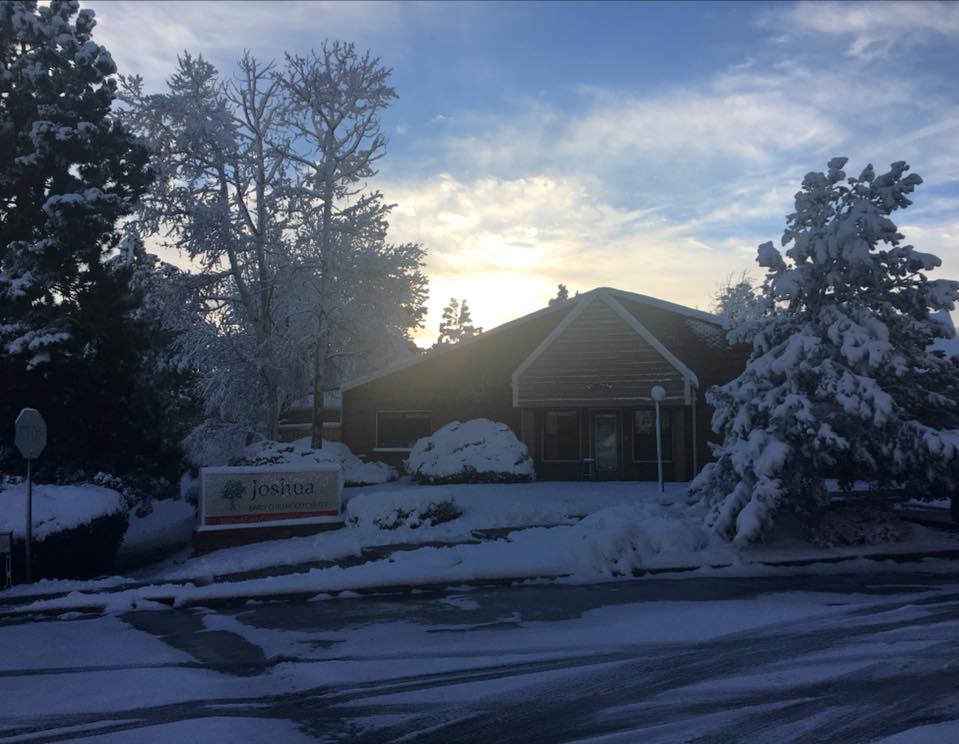 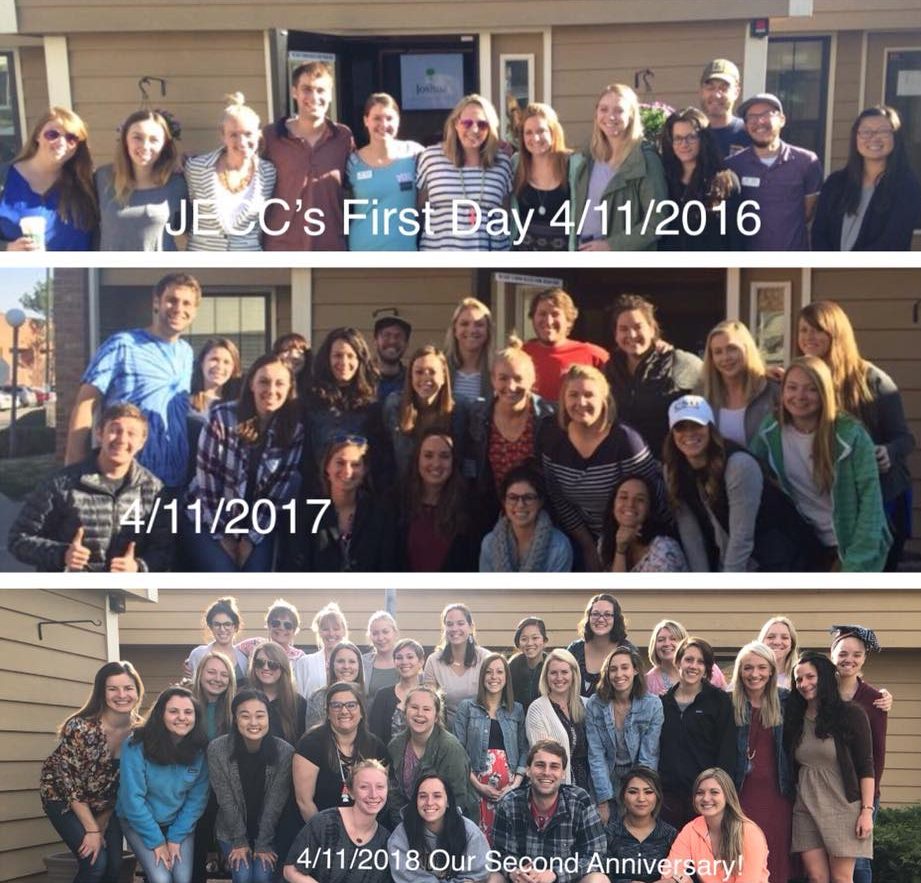 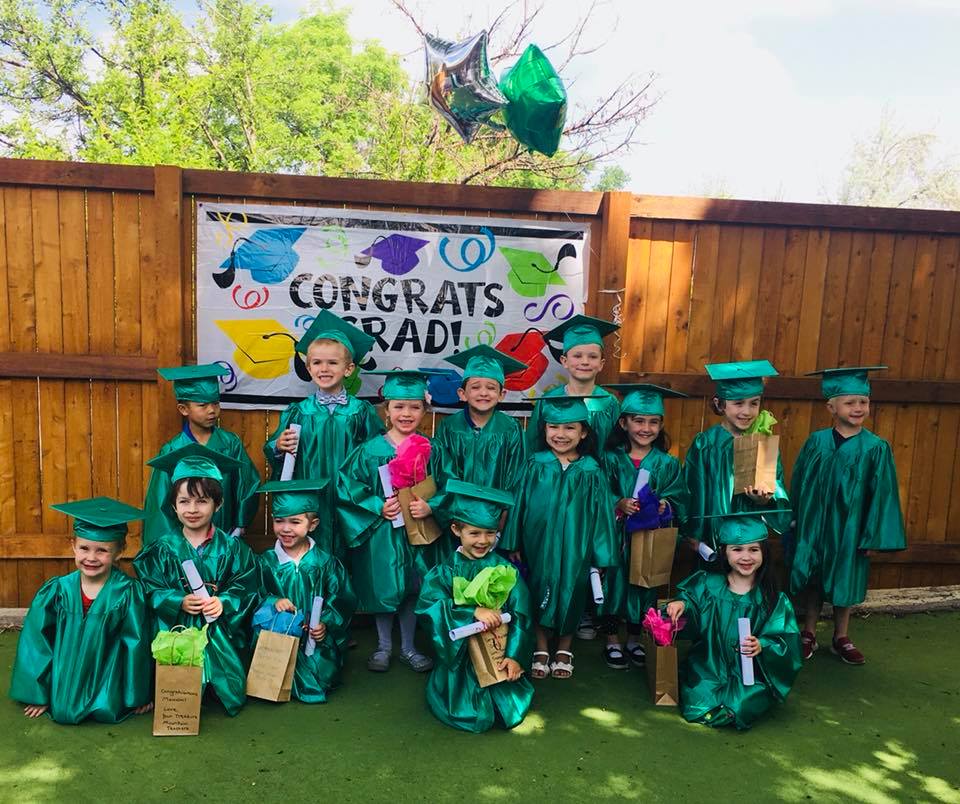 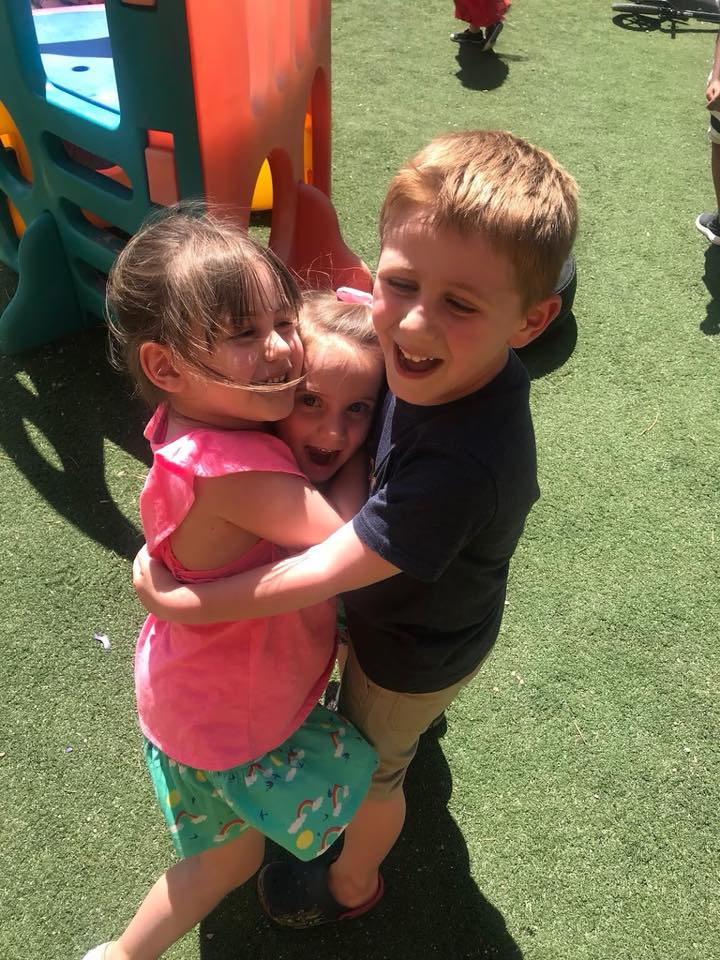 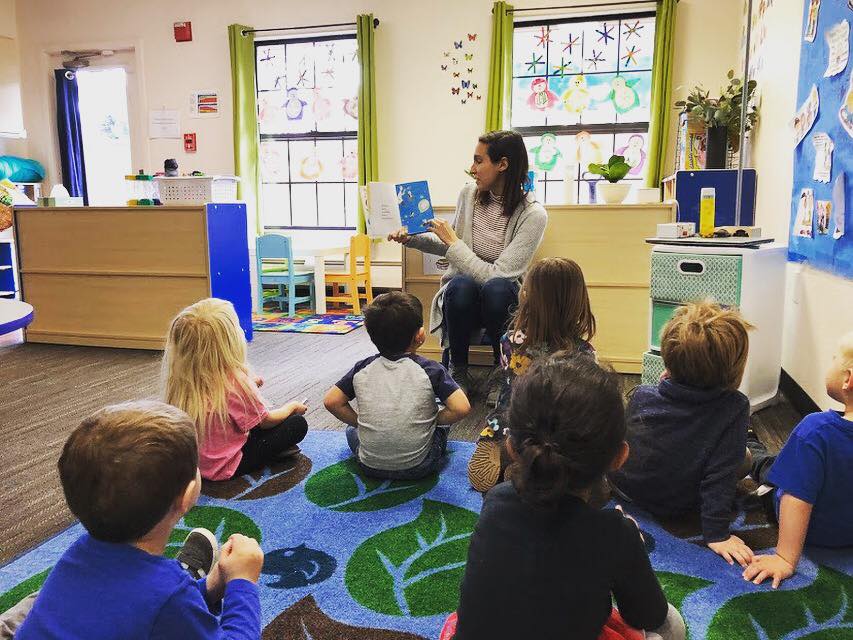 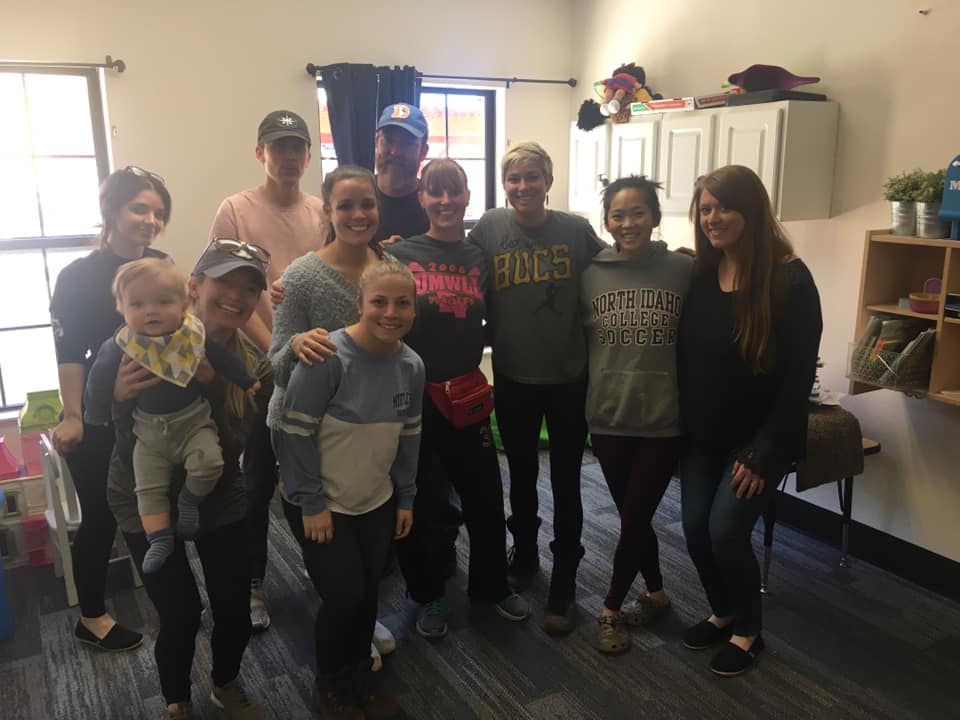 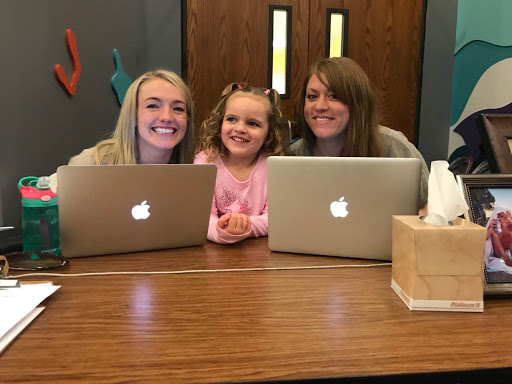