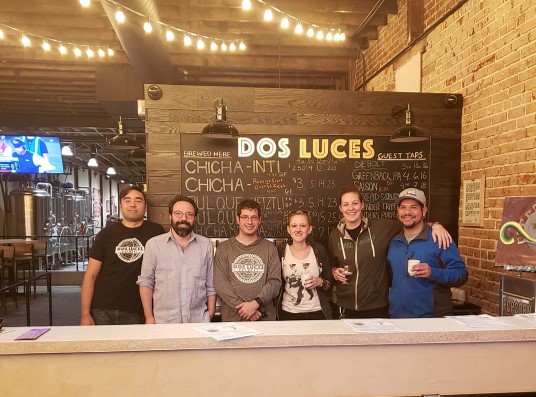 Today we’d like to introduce you to Judd Belstock.

Judd, please share your story with us. How did you get to where you are today?
I have been in the beer industry since I was 23 years old. My interest in Chicha and Pulque began years before I was born, when my father spent time in the mountains of Peru, working with the Peace Corps around Cuzco. After childhood trips to various regions in Mexico, as well as rooted interest in the history of the Americas before the Conquistadors, I went onto a business career selling and marketing beer. That’s where I met Sam Alcaine, and eventually started asking the question, “What if we fermented something other than barley?”

Sam Alcaine, Co-founder, brewed his first beer in college and has been hooked on fermentation ever since. Son of El Salvadoran and Cuban immigrants, he has always loved studying the unique fermented foods and beverages of the Americas. Sam has been a brewer, food microbiologist, and now is a professor of fermentations. Over the years he’s scoured the States for Pulque, malted corn in his apartment, and encouraged everyone to drink these bubbling brews. He and I met many moons ago, and now the sun has risen on the opportunity to follow in the footsteps of rich traditions and ferment something different.

Overall, has it been relatively smooth? If not, what were some of the struggles along the way?
It still isn’t a smooth road. We are now seven months in and facing constant challenges. We offer something that is completely different from anything else out there but still exist within the crowded market of Breweries in Colorado, so besides the challenge of just getting people in the door, we have to educate the marketplace as to what why do and why it matters.

Leading up to all of that, however, was certainly a challenge. From a crunched real estate market to a long permitting process, to construction overruns, it looks twice as long and twice as much money as expected to just open the doors. Once we did open up, it was much less of an “event” than I expected it to be – We were the new brewery in town for only about two weeks before the next one opened up, so we didn’t get nearly the honeymoon period that I had hoped for, not to mention press attention.

Please tell us about Dos Luces Brewery.
While barley is highly regarded in the world of beer, corn is often disregarded as a brewing grain and even, at times, treated with disdain. However, the history of brewing with corn goes back at least as far as that for barley and is rooted right here in the Western Hemisphere. At Dos Luces, we have explored the history behind some of the many styles of beer traditionally brewed with corn, and have embraced corn as our core grain. The “Dos” Luces (Two Lights) represent our two core types of beer, a corn-based Chicha, and a corn and maguey-based Pulque.

Dos Luces. The sun and the moon. Inti and Meztli. Chicha and Pulque. We chose the name Dos Luces because it represents the duality of light – While you might be tempted to imagine this as light and darkness, we prefer to consider the bright light of day in contrast to the brightest beacon of light at night. Call it divine inspiration or simply the accumulation of ideas within two swirling brains, Dos Luces represents the idea that there is always light when you look for it.

If you had to go back in time and start over, would you have done anything differently?
I don’t think I know the answer to that yet. I feel like I did things the “right” way, by investing in equipment and a location that would be great for the long term. However, I have seen other breweries have more success while investing less, and I admit to feeling a twinge of jealousy and I start to think “well, what I had skimped on some things? Would it really have made that much of a difference?” At the moment, I’m still convinced that my investments will pay off in the long run, but first, the business has to make it to the long run. 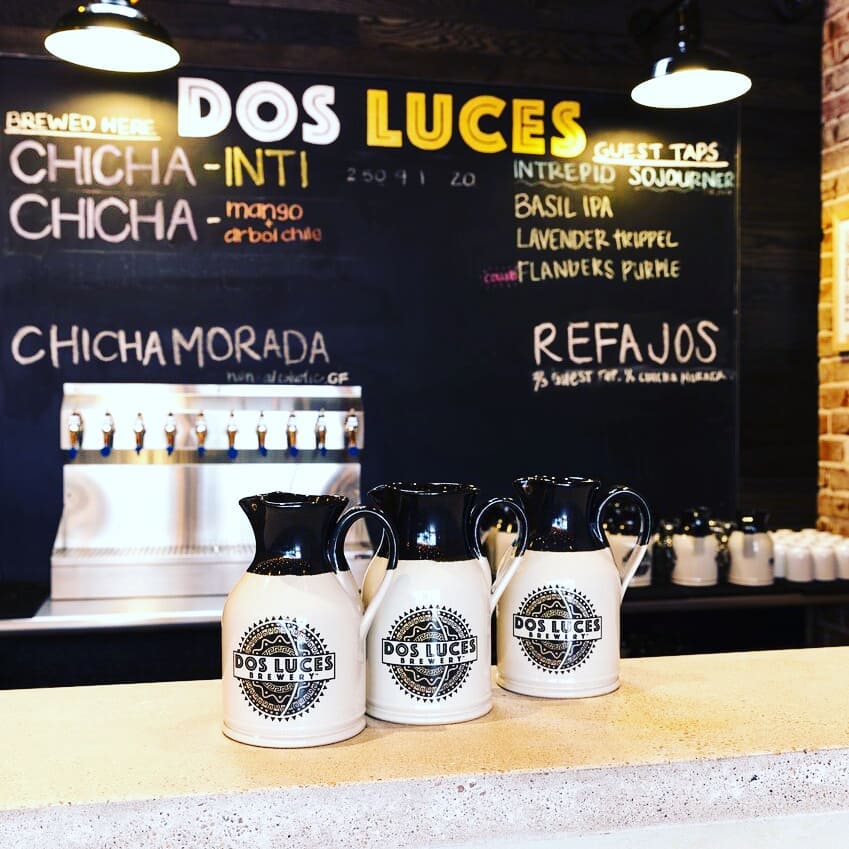