Meet Keith Horstman of Colorado Weddings By Keith in Littleton 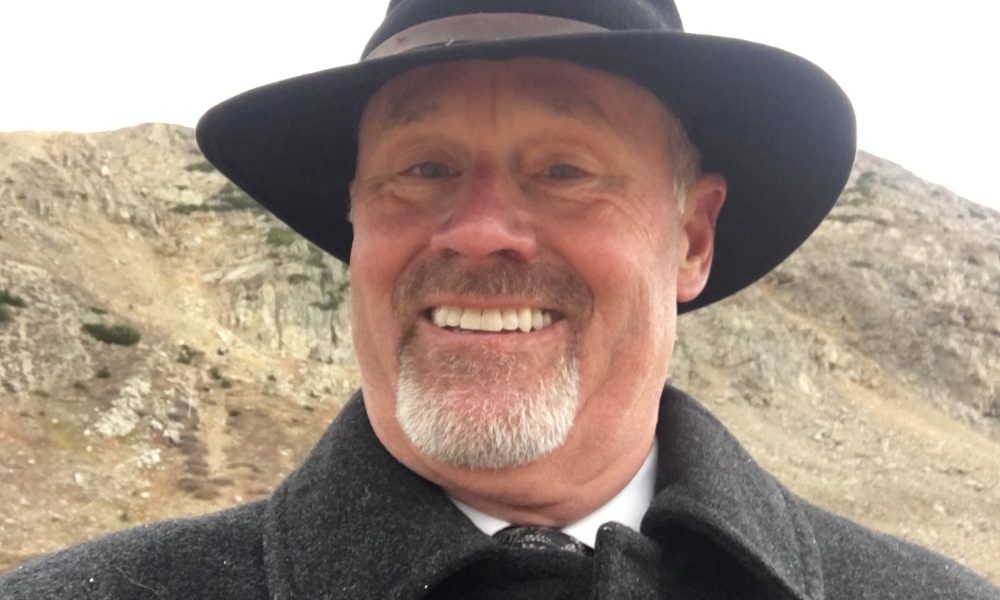 Today we’d like to introduce you to Keith Horstman.

Thanks for sharing your story with us Keith. So, let’s start at the beginning and we can move on from there.
Scott Peck, with his book The Road Less Traveled, was an early influence in my life. His title was from Robert Frost’s poem…“Two roads diverged in a wood, and I took the one less traveled by, and that has made all the difference.” I found a richness of personal growth when embarking on life’s unbeaten path. I only lasted three years in my post-college computer information systems profession. It was boring and since much of my life was to be dedicated to work, I needed my job to be life-giving (even if it meant taking a hit on the income side of my balance sheet). As a young adult who grew up as a progressive Catholic, my first inclination at finding fulfillment involved becoming a priest, as a way to be of service to others. As a side benefit, I hoped to earn a jacuzzi suite in heaven, as my young Catholic mind pondered it!

I attended a multi-cultural seminary for six years, obtained a Masters of Divinity degree and I was ordained in 1995. After living the celibate (vow not to marry) lifestyle for four more years, my mind, body and soul revolted. I wanted a partner, I wanted to be married. I found myself at the end of a ten year rumination period in which all of my learned theology, scriptural studies, cultural adventures, pastoral care and parish experience had congealed to open a new door. I discovered that vocational discernment happens when you take ideas out for a drive. Time to park the priesthood hearse. I desired marriage and meaningful-to-me work.

As I was in the process of transitioning, I was offered an opportunity to travel to the Philippines for a Jimmy Carter, Habitat For Humanity Work Week. Ten-thousand volunteers gathered from around the world to build 300 houses. While at breakfast the first day of our trip, a young woman asked if the last seat at my table was available. I thought, “Goddess, not only is that seat available….” My mission for the week was now nuanced! I had one fleeting opportunity to hook and reel in this beauty to see if we had a future together.

Nine months after the first meeting, we were engaged. Not wanting to begin our married life under clouds (the midwest), we moved to Denver in 2000. My wife works in the non-profit sector as a Chief Development Officer and I carry the torch [full-time] for incredible wedding ceremonies. Aleah and I have two blooming kids, we live at 8,100 feet where the ground is white from Halloween to Mother’s Day, and the sun shines 300 days a year. We found our path in the Rockies.

Overall, has it been relatively smooth? If not, what were some of the struggles along the way?
It has been said that people fear public speaking more than death. As an eighth grader, my assignment was to stand before the Humanities’ class and recite a poem from Edger Allen Poe. I had it committed to memory; down pat. When I stood, I choked; I couldn’t utter more than three words. Humiliation sent me home with a “D”.

As a kid attending church (Along with my devout parents and siblings, I only missed two Sundays my first eighteen years of life), I suffered boredom during that weekly hour-long ritualistic and repetitive mass. The only chance for respite was when the priest would delve into his homily. Most sermons were duds, but every so often a priest with skill at speaking, story-telling, and a thoughtful message would lead us into the promised land and time would go a little faster, and I would leave inspired.

The need for engaging public speaking was planted in my developing mind. But I sucked at it! In college, I pushed myself to take Public Speaking 101. I then tensely enrolled in Advanced Public speaking where our final grade depended on producing an event where fellow college students would attend on their own time and volition. My group gave a jovial and informative presentation for making beer at five cents a glass. Sixty-five students showed up and I nailed my bit. I continued to hone my post-college public speaking prowess by joining a Toastmasters group. Once in the seminary, my opportunities for public speaking happened weekly and one of the greatest highs I experienced was in creating and delivering a message that would bring people to contemplation, laughter, and even to a tear. Facing my fear of speaking in public reminded me of Vincent Van Gogh’s sentiment, “If you hear a voice within you say “you cannot paint,” then by all means paint and that voice will be silenced.”

Colorado Weddings By Keith – what should we know? What do you guys do best? What sets you apart from the competition?
As a Denver Wedding Officiant/Celebrant and solo-entrepreneur who has performed north of nine-hundred wedding ceremonies in the past ten years, I honor all philosophies, beliefs and traditions – secular, spiritual, and religious. I am LGBTQIA+ friendly. I am passionate about creating and writing (from scratch – anti- “cookie cutter”) a wedding ceremony that celebrates the couple and their people who will gather.

I offer a couple a fresh and fun approach to designing their ceremony. To this end, I take appropriate time to absorb their individual stories and their couple story; where they have been, where they are going, their values and their traditions. I listen to their meaning, romance, and humor! I will also share with them my expertise and insights gained as a certified Wedding Presider, and I give them final say over their ceremony script. This archive will also become a take-home keepsake to treasure.

In a Celebrant ceremony, the couple is empowered. Nothing is imposed. Instead, in a collaborative process, I will write their story and guide them in selecting rituals, poetry, symbols and music to fulfill their vision for their wedding.

No two Celebrant ceremonies are the same.  I am a ceremony specialist with a background in the history of ritual, ceremony and the traditions of many cultures and beliefs. I am an expert at performing weddings, and experienced in the art of ceremonial public speaking.

What is “success” or “successful” for you?
I consider myself successful when my clients consider my work valuable. I know it is not psychologically sound, but I’m happy when my couples are happy. I tend to relate well to folks who are mature and thoughtful about their wedding; couples who want every element to make an impact. Couple’s who are willing to have “pie instead of cake” because they like it better, and because smashing cake it into one another’s face has become blasé. I experience happiness when I have the rapt attention of all the wedding party and guests for thirty minutes… when I hear laughter and see tears. A well-orchestrated ceremony moves fast and it is packed with meaning and emotion. It leaves the guests feeling jazzed for the next festivity (cocktail hour). I hear how valuable my service is when a bride (who thought thirty minutes was too long for a ceremony), turns to me at the end and says, “That’s it… it’s over?!” Or when guests are walking out turning to one another saying, “That was the best wedding I have ever been to in my life!” I experience how valuable my service is when I read another review on theKnot.com from a couple who were elated with their ceremony. Writing a review may sometimes appear obligatory (usually one-liners). Writing a heartfelt review shows gratitude. 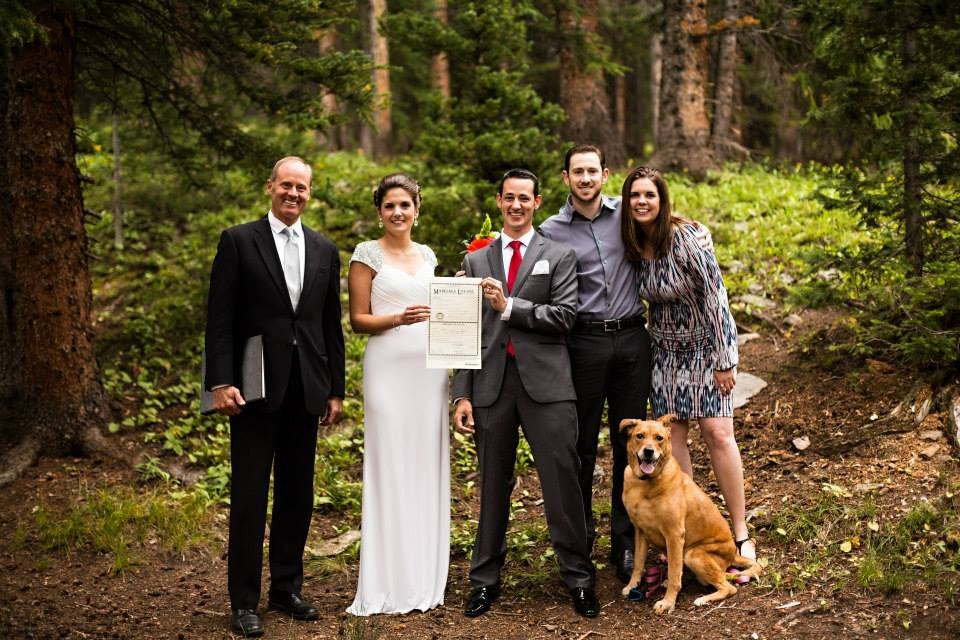 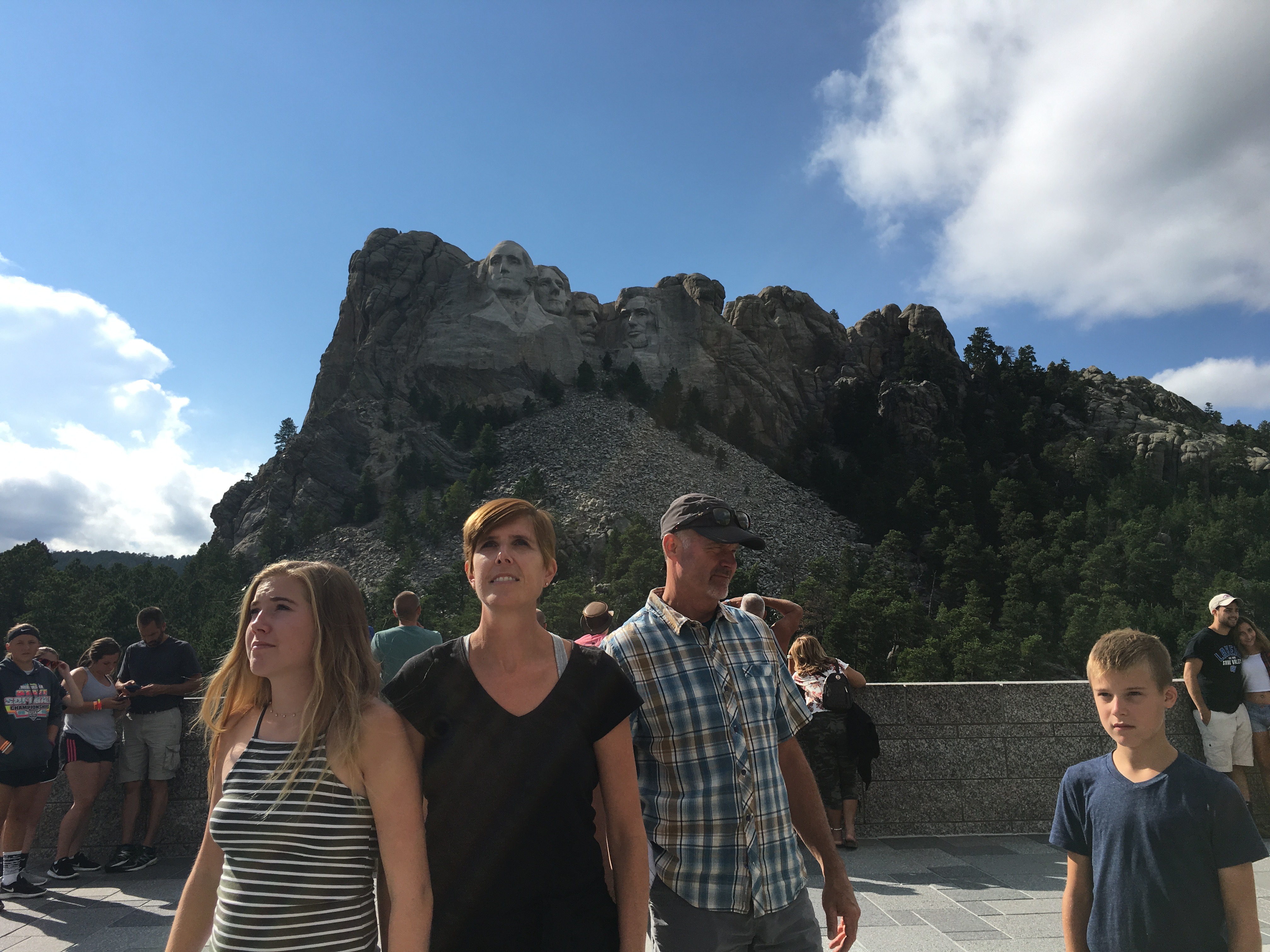 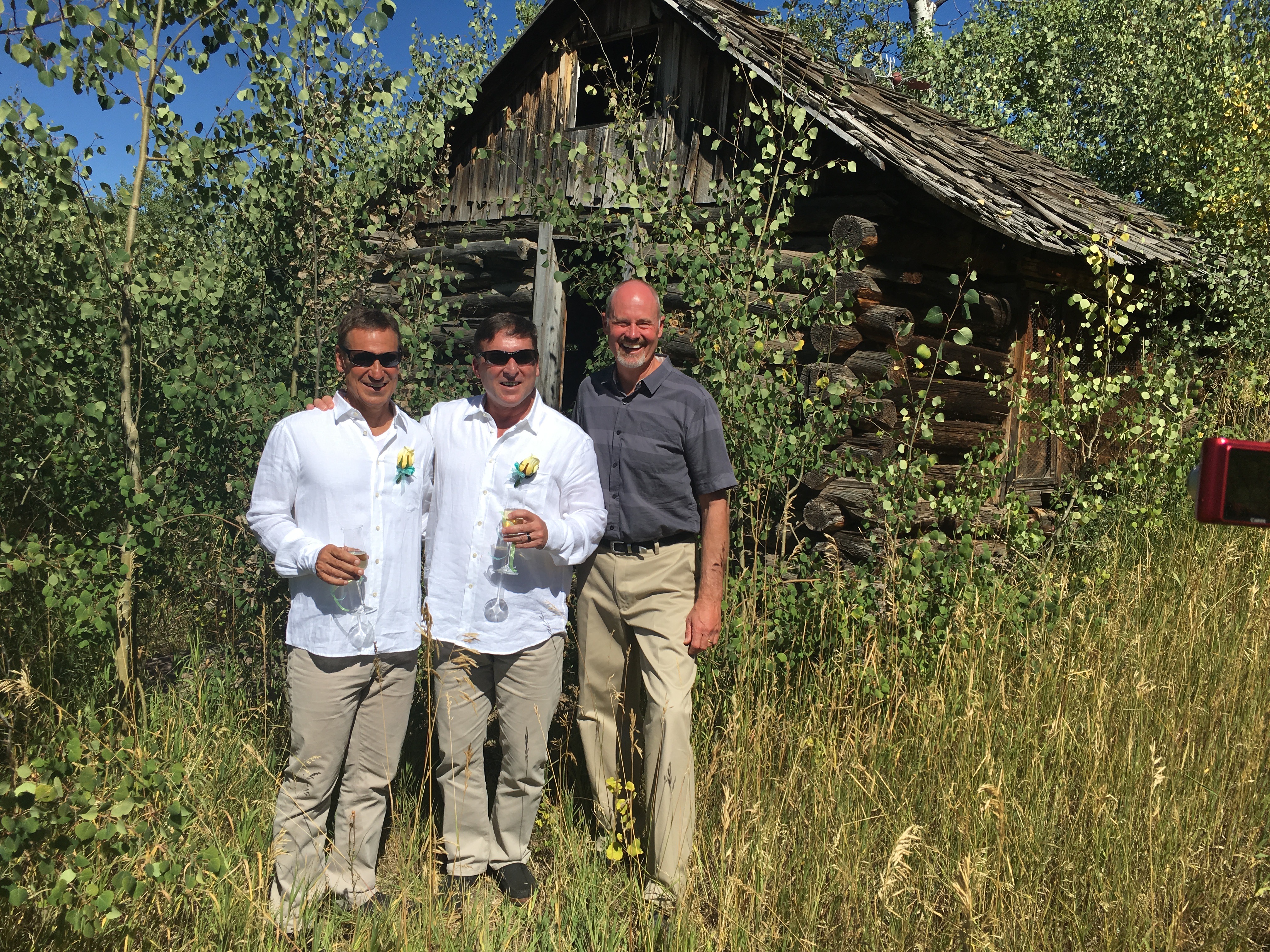 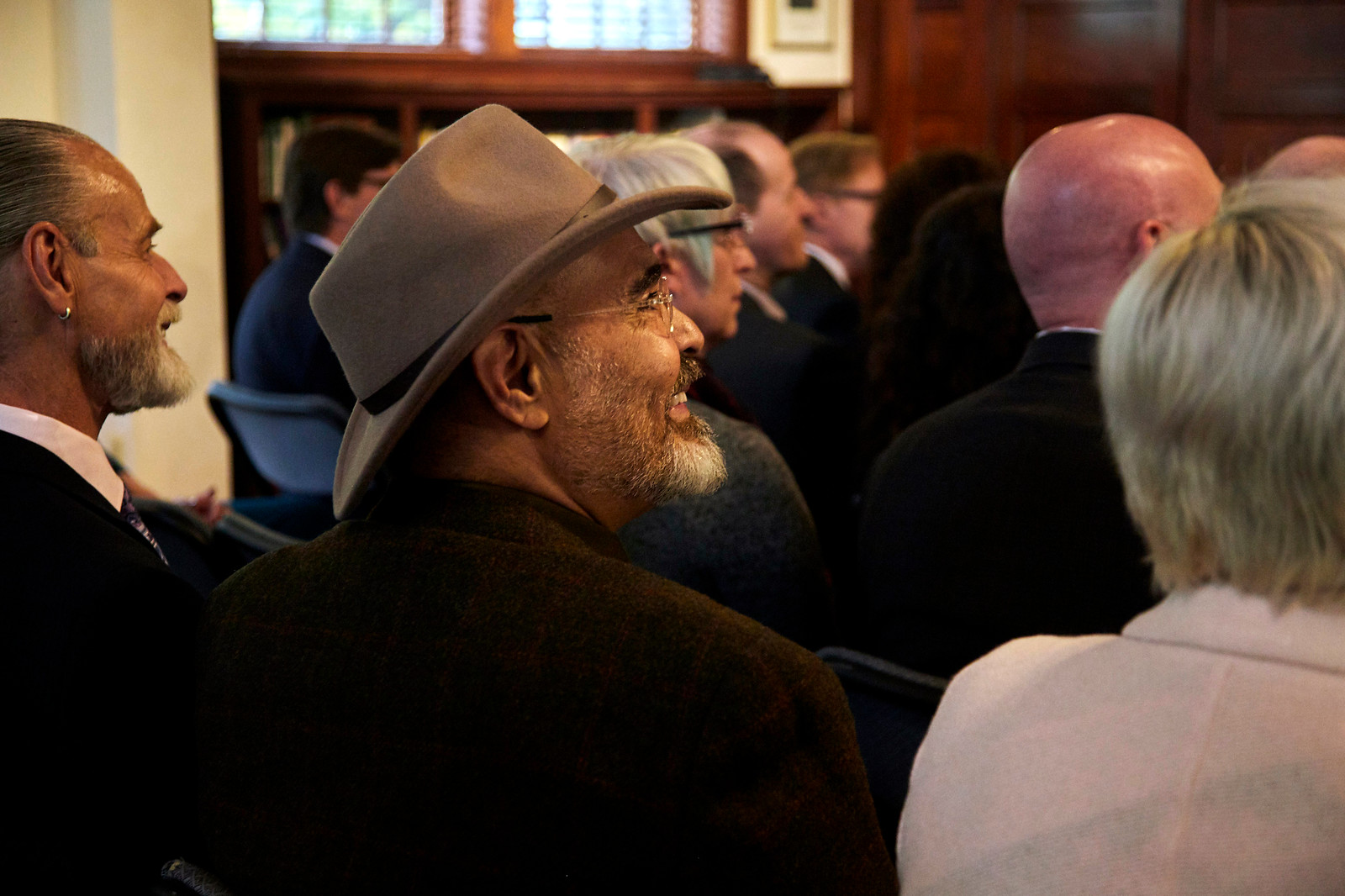