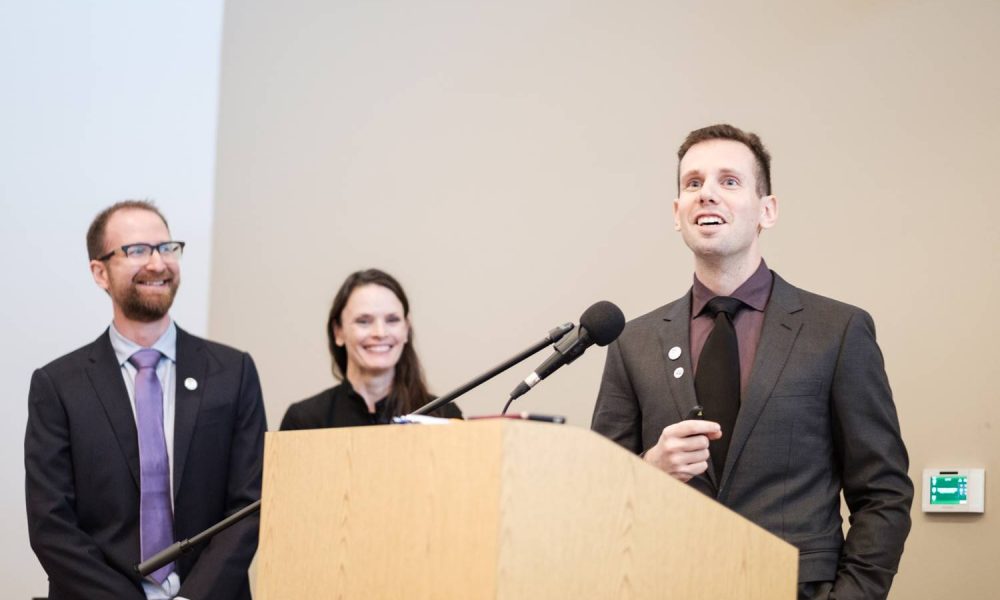 Today we’d like to introduce you to Marc Azoulay.

Marc, can you briefly walk us through your story – how you started and how you got to where you are today.
“If you can meet with Triumph and Disaster and treat those two impostors just the same…”

-Rudyard Kipling from “If”

Looking back, my story adds up – lonely, nerdy kid goes to college, destroy himself with drugs and alcohol – recovers then becomes a therapist and lives happily ever after – saving the world one client at a time. You hear it all the time in the AA rooms. It’s tempting to use my history to reiterate the wounded healer archetype; “our greatest pain can become our greatest strength.” But that would minimize it, that narrative would simplify the ups and downs of recovery. And, worst of all, it would imply that I had a plan.

In reality, my character arc was wrought with confusion, unlikely coincidences, and random decision making. For most of my life, I felt as though I was being pushed forward – partially by ambition but mostly by fear. My hope is to use this platform to tell a more accurate story of my life and the lives of other “high-performers,” the people who you think have it all figured out are often more lost than you can imagine.

So let’s start over, from the beginning. As a child and teenager, I was pretty isolated. I grew up in a rural Maryland town of less than 200 people. Being Jewish, overweight, and into video games and science fiction didn’t do me any favors. Growing up, I was bullied and rejected at nearly every turn. I didn’t have many friends and rarely let people into my life. My parents didn’t help that situation either, although they provided for me and my sister by creating financial stability they were poorly equipped to deal with our emotional needs. My father was an immigrant from Morocco and my mother grew up in a family that was heavily affected by the Holocaust. Their priority was survival and stability – not happiness. So I was often on my own to figure out the world and my place in it.

Once I left my home and went to college I was offered a second chance. I could reinvent myself. Now, some people talk about that experience as a positive one – but, for me, it was born of self-hatred. I didn’t want to be myself, I wanted to be entirely different. I wanted to reject my family, my interests, my friends, everything and everyone. I was consumed by hatred, and let me tell you, it worked! In a year, I had lost 50 pounds, totally changed my friend group, and learned to live on my own. But the loneliness was still there because I was living a lie.

I started doing drugs, at first, it was marijuana and ecstasy but it quickly escalated to cocaine, acid, and eventually heroin. My new “cool” persona was not intimated by drugs so I took whatever I could whenever I could. Looking back, I can see that this use was tied to those old feelings of sucidality – I remember saying that I didn’t care if I died. I had a few close calls, dangerous drops in core temperature after being out in the Pittsburgh winter without proper clothing or nutrition, drunk driving accidents, fights, and an overdose. But, despite my best efforts, I wouldn’t die.

Something kept me going – just so I could smash my head into the wall again. I’d like to say it was some sort of “higher purpose.” But no, it was just confusion and luck. During that time I was still lost, I didn’t know who I was or what I was doing. I didn’t know what I believed in. All I knew how to do was to lie and get high. I would say and do whatever was convenient in the moment. I wasn’t manipulative as much as I was just a coward. My lies would all be in service of avoiding conflict or running away. Over time these grew and again, I was left isolated and lost.

After the overdose, I got into psychotherapy – as a client. A few close friends begged me to go. They could see that I was on the path of oblivion. So I went, and I cried. I cried for two years. I cried for the child in me that I had tried to kill off. I cried for all the people I had hurt along the way. I cried for the history of my people, the Jews. But most of all I cried for the future – I knew I was lost and I knew that I still wanted to die. I didn’t want to grow up, I just wanted to hide.

Eventually, I got off the drugs. And, I got into mindfulness meditation – it was popular at the time. I knew that I just needed to be sober, sit down, and shut up. Staring at a wall for hours was just what the doctor ordered. Through that practice, my mind began to organize itself and my anxieties and fears started to drop away. Still, I didn’t know where I was going or what I was going to do. I just had to survive, sit, and make it through the next day.

This all culminated in attending Naropa University in Boulder – it was the only place I applied for grad school. Frankly, I just needed more time. I needed more time to meditate and to stabilize my life. Naropa promised not only that but a technical degree – when I got out I would be trained to be a psychotherapist. At the time I couldn’t imagine myself doing that job, but, what the heck.

Those three years were trying. I got a healthy dose of mindfulness and Buddhism but I was also shamed for being a man, being angry, and being an addict. I was taught to identify with my suffering instead of to overcome it. It is not an understatement to say that I was being brainwashed. In my classes, I was being told what to think, how to talk, and what was right and wrong. Instead of inquiry and curiosity, we were being taught values. I knew that this wasn’t for me and I distanced myself from the program. I completed it but I kept an air of skepticism and disbelief. The professors were preaching this way of life but, they didn’t seem happy or successful.

So, fast forward, through graduation, through a few shitty jobs – working hospice, working for the Boulder County Jail, and running therapy groups for DUI offenders – and here I am in private practice. I’m finally out here, on my own and I’m not as lost and confused as before! I know a bit more – I think I’m good at what I do. But, I’m still out here searching for connection, passion, and liberation. And I know that there are many others out there like me so I aim to help them in the ways that I wasn’t helped.

My goal is to help people become free of the thoughts, beliefs, and experiences that imprison them.

Has it been a smooth road?
Absolutely not.

Aside from the obstacles I mentioned above: bullying, drug abuse, depression, etc. The main struggle was my own mind. Being an entrepreneur is the greatest mirror. Every issue and problem that the business has is deeply personal. Because my business is just me! Difficulties with organization, client retention, professional decorum, and notoriety are all rooted in my personality and my unconscious patterns. Starting and running this business has forced me to practice humility.

So, when starting my practice, I had to take a deep look at myself. I had to learn not just how to manage my time (read Getting Things Done by David Allen), make sales (Sell or be Sold by Grant Cardone), and to focus (Deep Work by Cal Newport). I had to actually care enough about myself and my success to invest in myself. That was hard. Coming from a history of depression and self-loathing, investing in myself seemed like the worst decision I could make. Why would I invest in a guaranteed failure?

I had to learn to value myself.

We’d love to hear more about your work.
I am a psychotherapist in private practice in Gunbarrel. I practice psychoanalysis which is different from what most people think of as psychotherapy. My goal is to get my clients to free-associate – say whatever comes to their minds without censoring. The goal here is to uncover the unconscious rules, beliefs, and patterns that rule us. Often this unconscious material is very dark – sometimes creepy. For example, most of my life I believed that something was deeply wrong with me, and not only that – I believed that everyone knew what it was but wouldn’t tell me. So, not only was the world judging me, it was also lying to me.

Believes that these that are generated in childhood will stick with us for our entire lives unless they are uncovered through analysis. When one of their beliefs are spoken out loud in a therapy session it is often accompanied by an emotional release. Crying, screaming, nausea, anger… Our minds and body’s are brought back to the moment in which that belief was born. By working through the emotions and memories associated with their beliefs we can begin to truly become free of them.

Other forms of counseling focus on psycho-education and coping skills. While these can certainly be helpful they rely on discipline and will power that originates from the ego. Analysis posits that this resource is incredibly scarce and will quickly be depleted. So, instead, analysts work from the bottom up instead of the top down. We work on the unconscious material and resistances in order for the client’s willpower to be able to flow more clearly. This form of treatment can take years but it is the only one that I’ve experienced that resulted in true, and permanent character development – everything else is just temporarily.

Over the years my practice has shifted focus but right now I focus my work on high performing individuals, mainly those who work in the tech industry or who are in leadership positions. I work with people who are driven to succeed but do not feel satisfied. Like myself, many high performers have traumatic histories that are never shared or struggle with self-worth or relationships. Many of my clients follow the Robin Williams archetype – lovable, charismatic, successful but have deep feelings of worthlessness and emptiness. They are often the people that no one expects to suffer and therefore are neglected.

Let’s touch on your thoughts about our city – what do you like the most and least?
I think that Boulder is an above-average place to live. Everything is about a 7/10 but there are very few 10/10s. The food is generally higher quality, there is tons of access to fitness, nature, and healing modalities but nothing stands out as exceptional – well, maybe the mountains.

So, as a home base, I love it. But, I spend a lot of time traveling. I visit New York City, Chicago, and Los Angeles a lot to give talks and present at conferences. Over time I’ve build social networks in those cities and I some times prefer hanging out with those friends instead of my friends here. The reason being is that most of my friends here are also therapists so there seems to always be an element of business or networking in our relationship. Some times I just don’t want to talk shop. 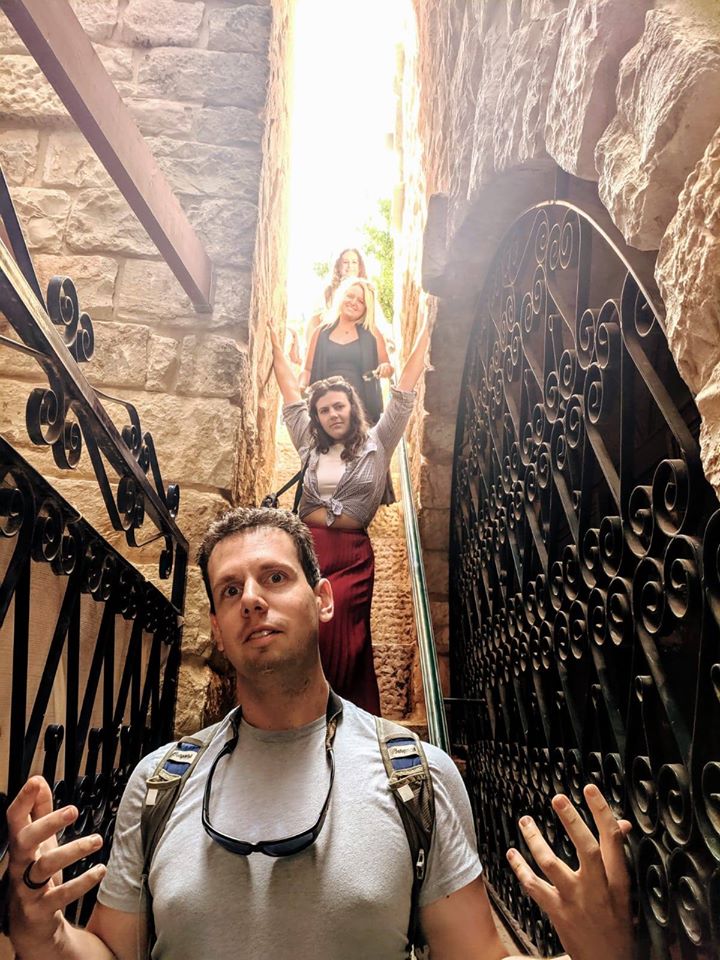 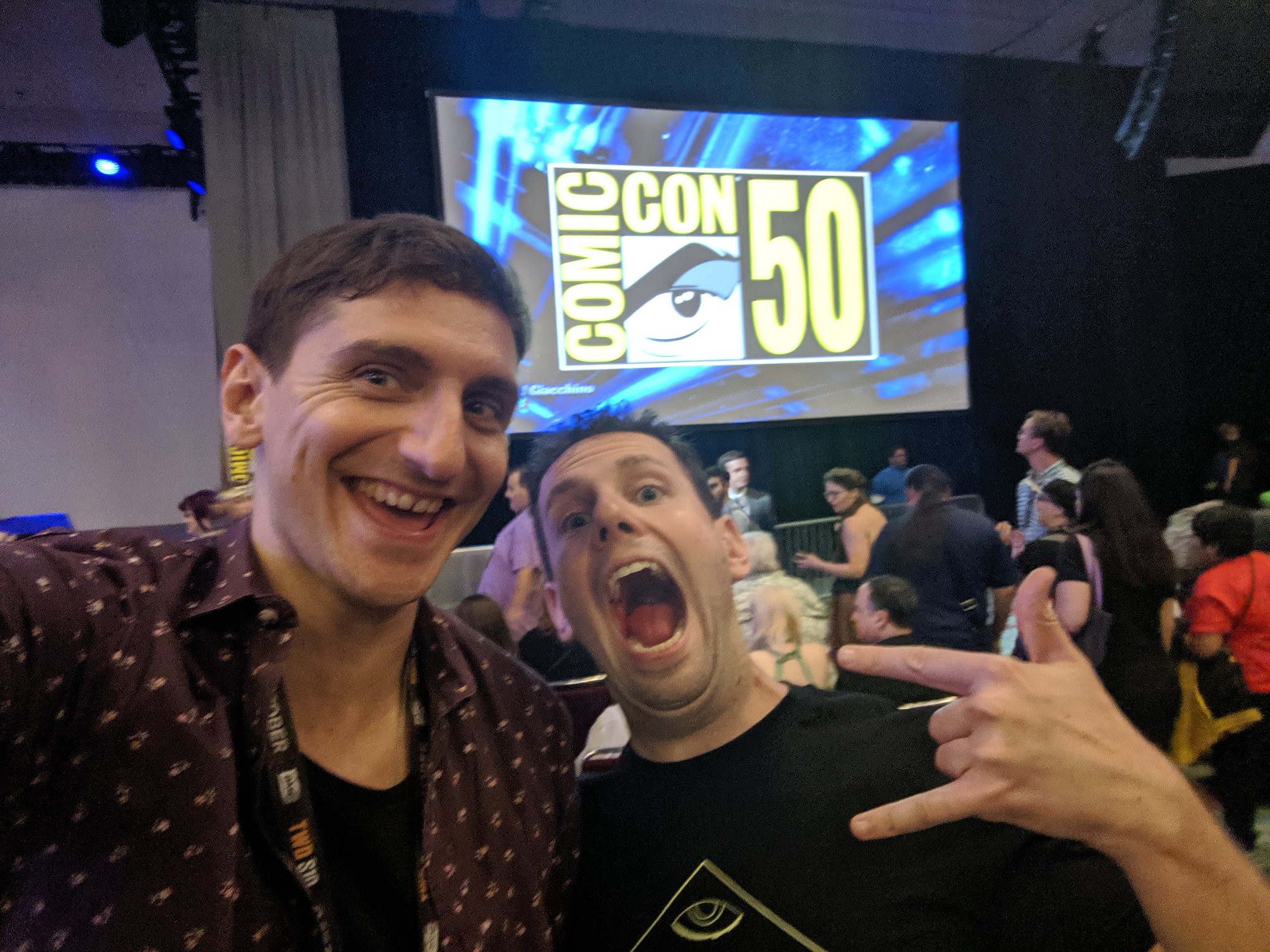 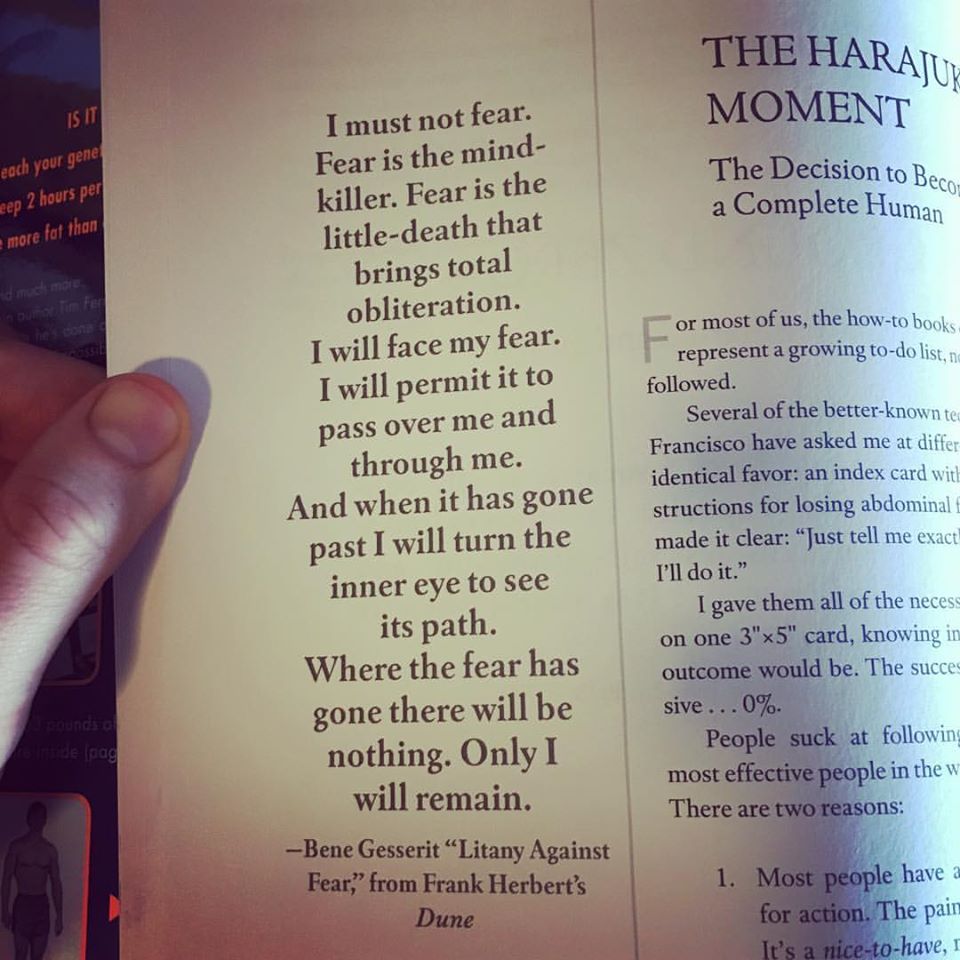 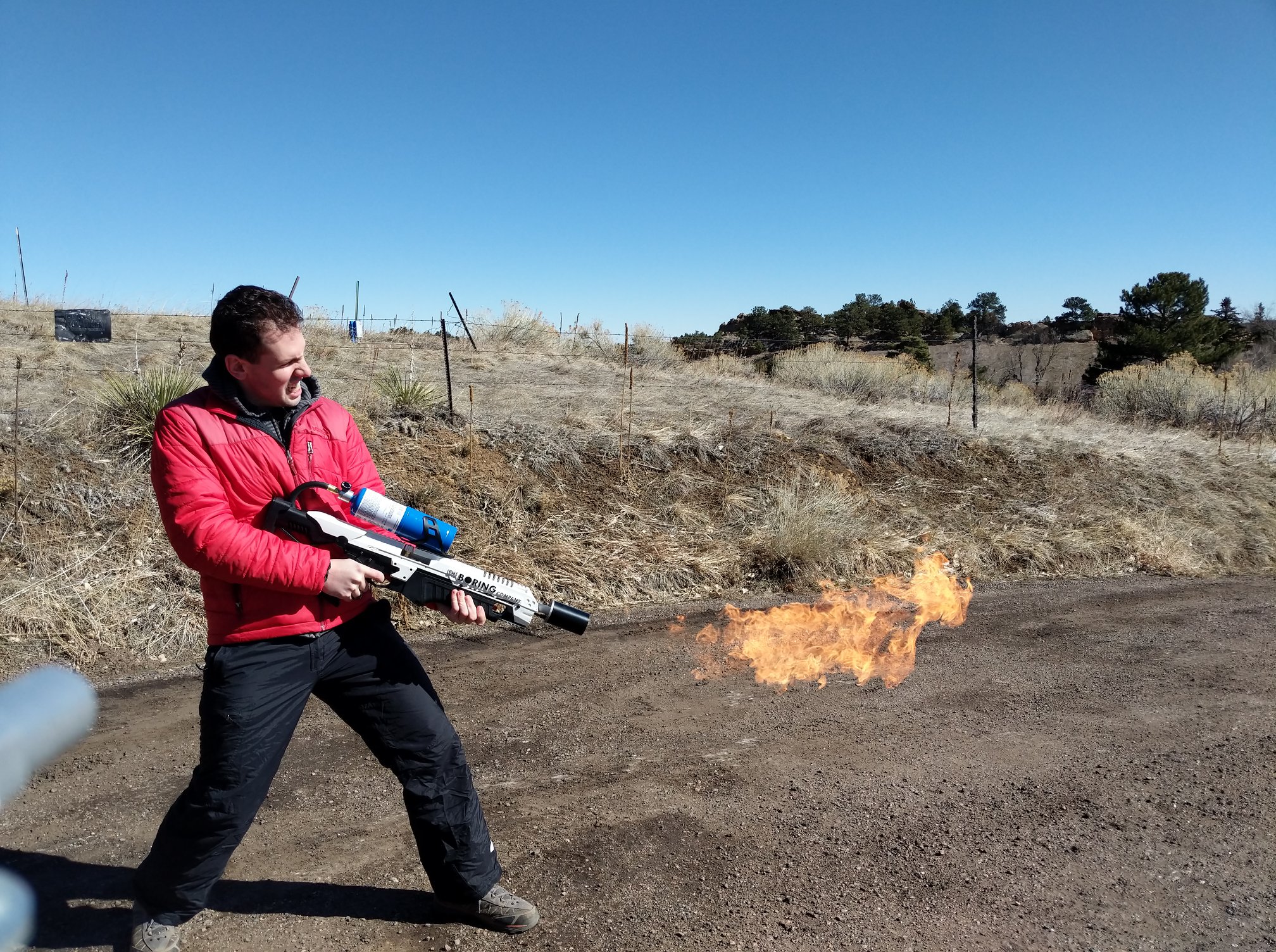 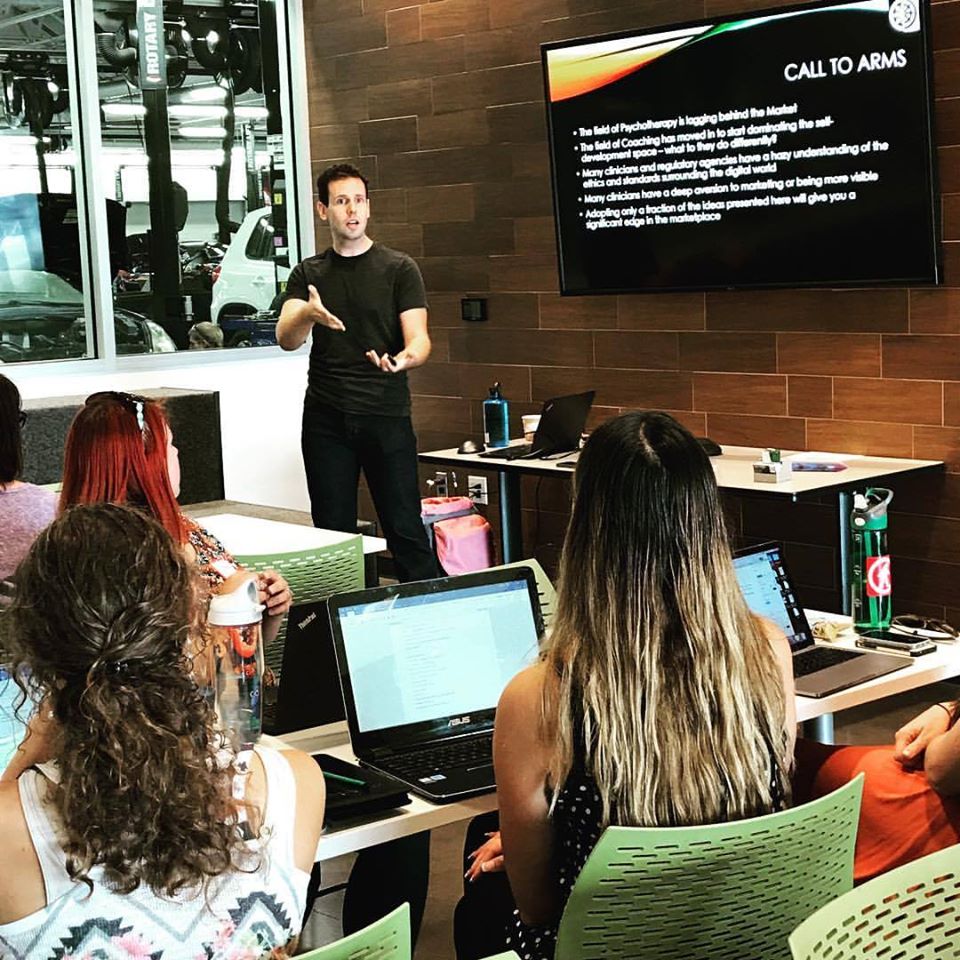