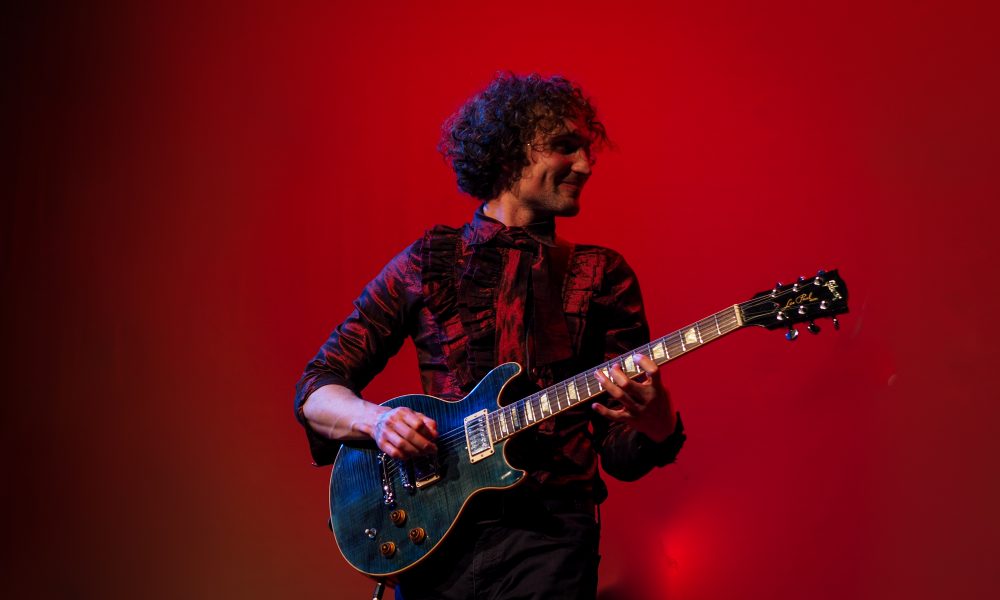 Today we’d like to introduce you to Martín Better Longo.

So, before we jump into specific questions about the business, why don’t you give us some details about you and your story.
Fruta Brutal emerged after my extensive backpacking trip through 6 South American countries, starting in Argentina and ending in Ecuador, my native country. Throughout the trip, I came in contact with various styles of Latin-American music, and the history of how these styles have developed and modernized. The musical movements from the 80s that formed as a response to authoritarian military dictatorships played a key role in the aesthetic development of Latin-American cultures. I was primarily moved by the music of the Tropicalia movement from Brazil. Through the use of musical synthesis, combining afro Brazilian and Latin-American rhythms with the stylistic arrangements of European (Beatlesesque) and North American musicians of the time, the Tropicalistas created music that resisted the authoritarian regime, while being relevant and progressive in the aesthetic landscape of Brazilian and international culture. Artistic movements like Tropicalia, which are born and ripen during turbulent and brutal times of oppression, are what inspired the name Fruta Brutal.

New Orleans was the perfect birthing place for Fruta Brutal. The city’s booming, eclectic music scene provided a fertile landscape for me to explore and experiment synthesizing Latin American rhythms with current alternative rock and pop tendencies. I found four talented musicians that were eager to help me breathe life into these experiments and early compositions. After releasing our first EP, ¡Viva!, in 2018, we performed at New Orleans’ iconic Tipitina’s, and opened for the nationally acclaimed bilingual band – Making Movies – for their “Immigrants are Beautiful” Tour. Shortly after these performances, however, I decided to move to Colorado to be closer to my family and, in doing so, found new musicians for Fruta Brutal. Though the transition has been challenging, we’ve had great opportunities to showcase Fruta Brutal’s bilingual repertoire, including performances at the Fox Theatre, the Colorado Latinx Festival, the Boulder International Film Festival, and the Lafayette Youth Advisory Commission’s annual Martin Luther King and Cesar Chavez Celebrations. Fruta Brutal was booked to open for the Grammy Award-winning band – Bacilos – at the Summit in Denver on April 12, 2020, but, due to the Pandemic, the Bacilos tour was postponed until further notice. This was a huge let down for me. I grew up listening to Bacilos! Even still, after a couple of weeks of depression resulting from this and other pandemic related music cancellations, I bought my own recording software and equipment and have been recording new songs at home and collaborating remotely with a producer and a drummer, both of whom are based in New Orleans.

The current fight against oppression in the U.S. has deeply inspired me to continue producing original music that is dedicated to racial justice. One of Fruta Brutal’s upcoming new singles “When it Matters”, which is set to be released this fall, is dedicated specifically to the people that are putting their lives at risk every day to fight for racial justice and racial democracy. Through this song, I express solidarity with their efforts, leadership, and integrity, including the Black Lives Matter and pro-immigration movements. “When it Matters” showcases the initial desire that led me to create Fruta Brutal, a desire to be part of, and support, the ripening of cultural fruits that fight to move us forward during times of backward brutality.

“Wake up when it matters, like the dreamers that you love so

Rise up when it matters, when the world is going backwards

Wake up when it matters…”

Overall, has it been relatively smooth? If not, what were some of the struggles along the way?
Fruta Brutal’s bilingual repertoire has been difficult to market as a cohesive product. The intention behind Fruta Brutal is to bridge together people that wouldn’t normally be part of the same audience. The resulting challenge has been implementing a marketing strategy that targets and builds upon a specific audience. How do I cater to an audience that is primarily interested in hearing music in English without neglecting the audience that prefers lyrics in Spanish and Latin American rhythms? Though this has been an obstacle, it has also opened the possibility for Fruta Brutal to not conform to a traditional musical category or genre. Fruta Brutal exists in a liminal space where people can expect Latin American rhythms and Spanish lyrics, but also alternative pop in English. This understanding with my listeners allows me to draw from multiple sources for inspiration. However, the multifaceted aspects of my music have complicated the overall marketing – packaging and presentation of my content as a product.

Furthermore, the greatest challenge I have faced as a musician is the current situation that has resulted from the pandemic. The pandemic hit right when Fruta Brutal was beginning to garner a buzz and network that enabled bookings for higher-profile performances. With all concerts being canceled and independent venues in dire straits, these can easily be considered some of the hardest times for most independent, up and coming musicians. In response to this, Fruta Brutal’s strategy is to produce the best possible recordings while working remotely with producers, and to build a strong social media presence by continuing to work with local organizations that pursue racial justice goals.

Fruta Brutal – what should we know? What do you guys do best? What sets you apart from the competition?
Fruta Brutal offers an eclectic repertoire of English, Spanish, and Spanglish compositions. The band’s message culminates in the effort to combat racial inequality and injustice. As an Ecuadorian immigrant, I feel it is my duty to create music with the intention of enabling intersections between listeners that wouldn’t otherwise be part of the same audience: English and Spanish speakers, as well as bilingual people, who come together to celebrate being part of the same society through the act of engaging in the artistic realm. I am now focusing on releasing new music that is more accessible to a wider audience. These upcoming singles, set to be released beginning in September 2020, continue to showcase the synthetic approach of Fruta Brutal, while implementing more modern tendencies, like synth pop. By accessing larger audiences, Fruta Brutal will continue to support pro-immigration events and to use music to amplify the voices of underserved populations.

What is “success” or “successful” for you?
I measure an artist’s success by the extent to which they achieve their vision and transmit their message. Take Making Movies as an example, a band that has become an icon for pro-immigrant advocacy. Like Fruta Brutal, they have a bilingual repertoire and meld reinterpretations of Latin American styles with Pop and Rock. Their compositions and dedication to supporting the immigrant population have led them to collaborate on a Grammy-nominated song with salsa legend Rubén Blades. Because of their renowned musical work, Making Movies has been able to work with industry professionals to create a music education camp for underserved youth in Kansas City. Not only have they been able to transmit their message, but they have achieved their vision of using art to support underserved communities through practical and quantifiable means. I consider their artistic work to be greatly successful.

To me, success would be similar to that. I hope to create a strong following that transcends borders and barriers and to be able to collaborate with industry professionals to create art programs that support underserved populations. 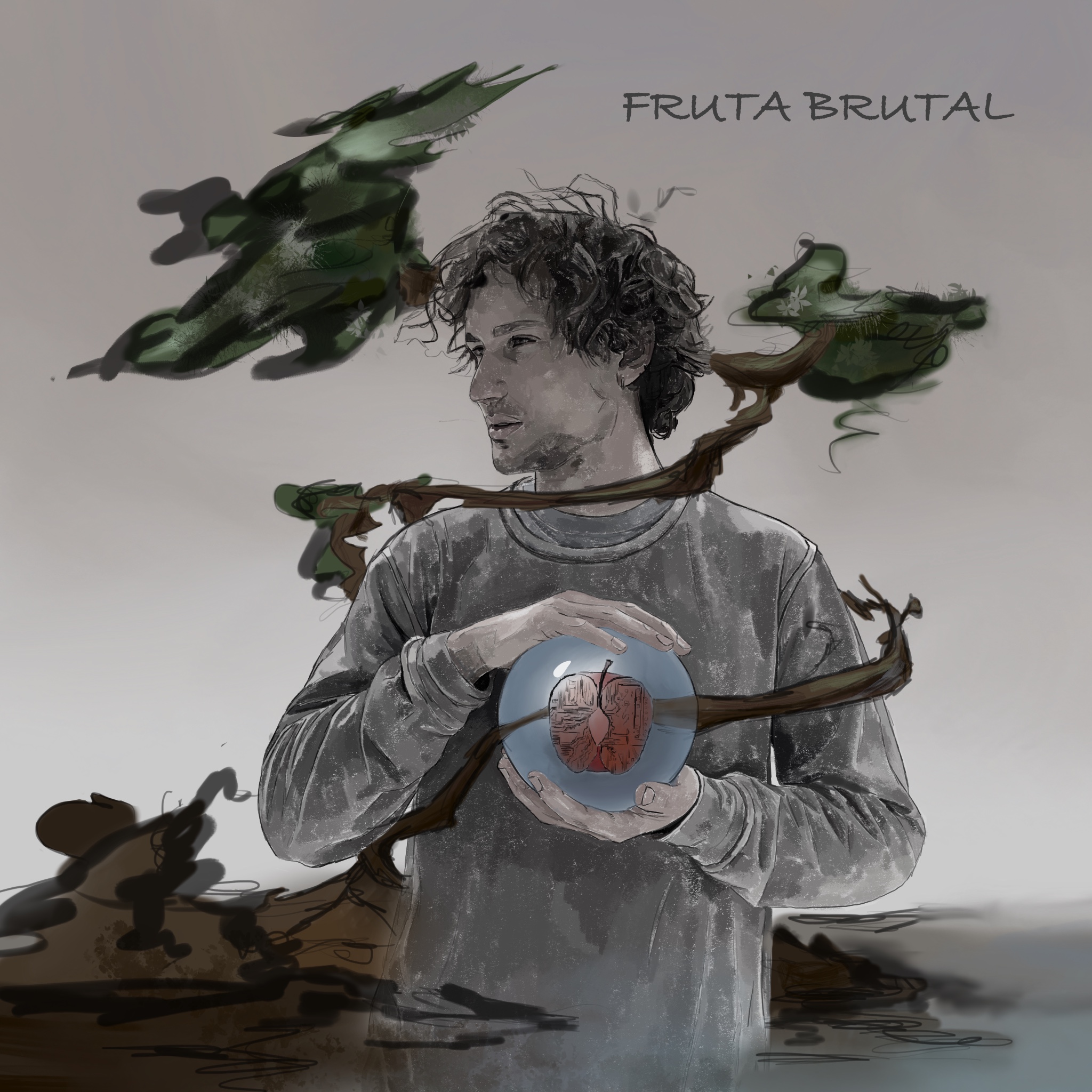 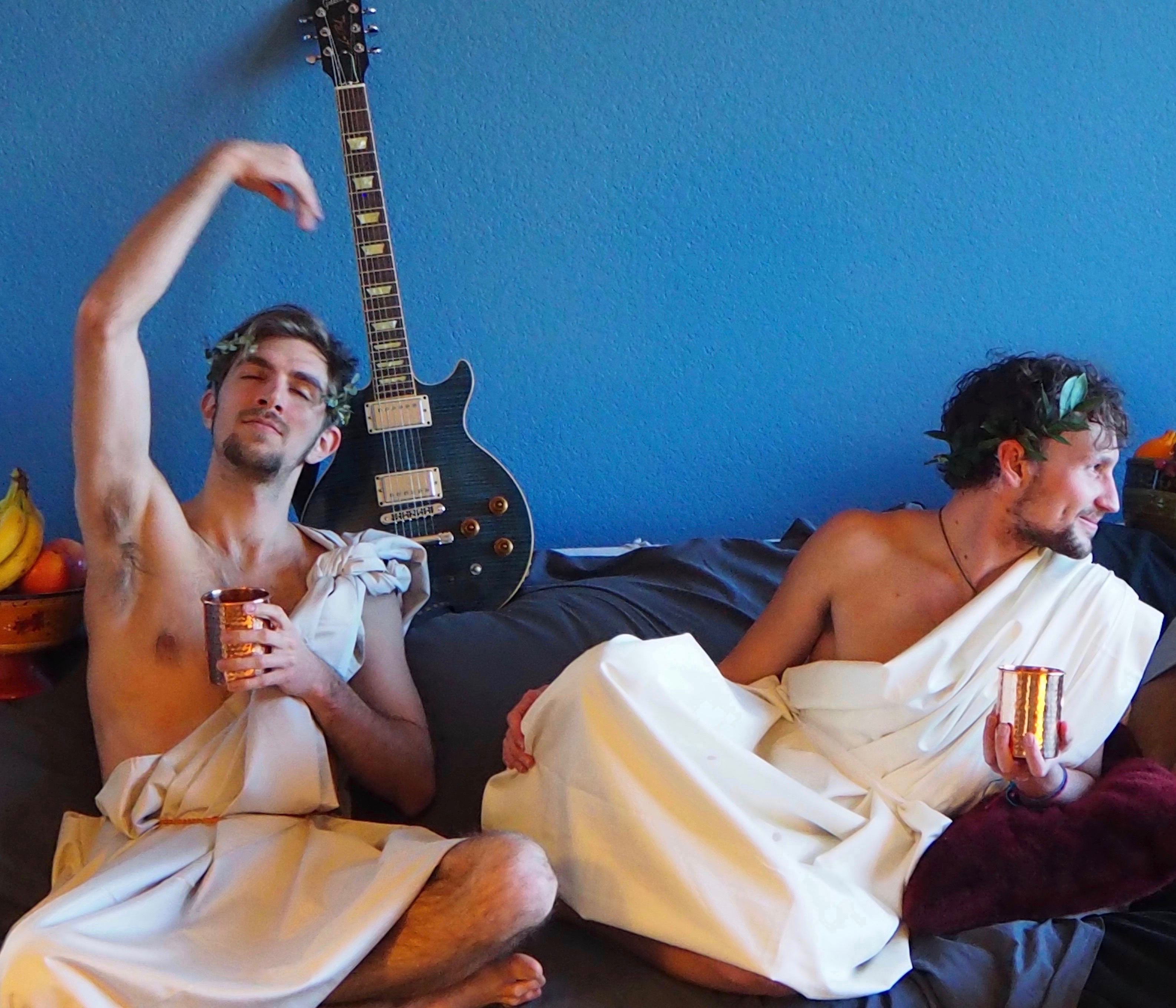 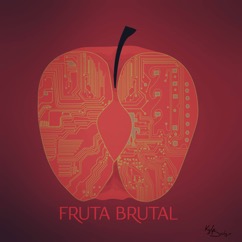 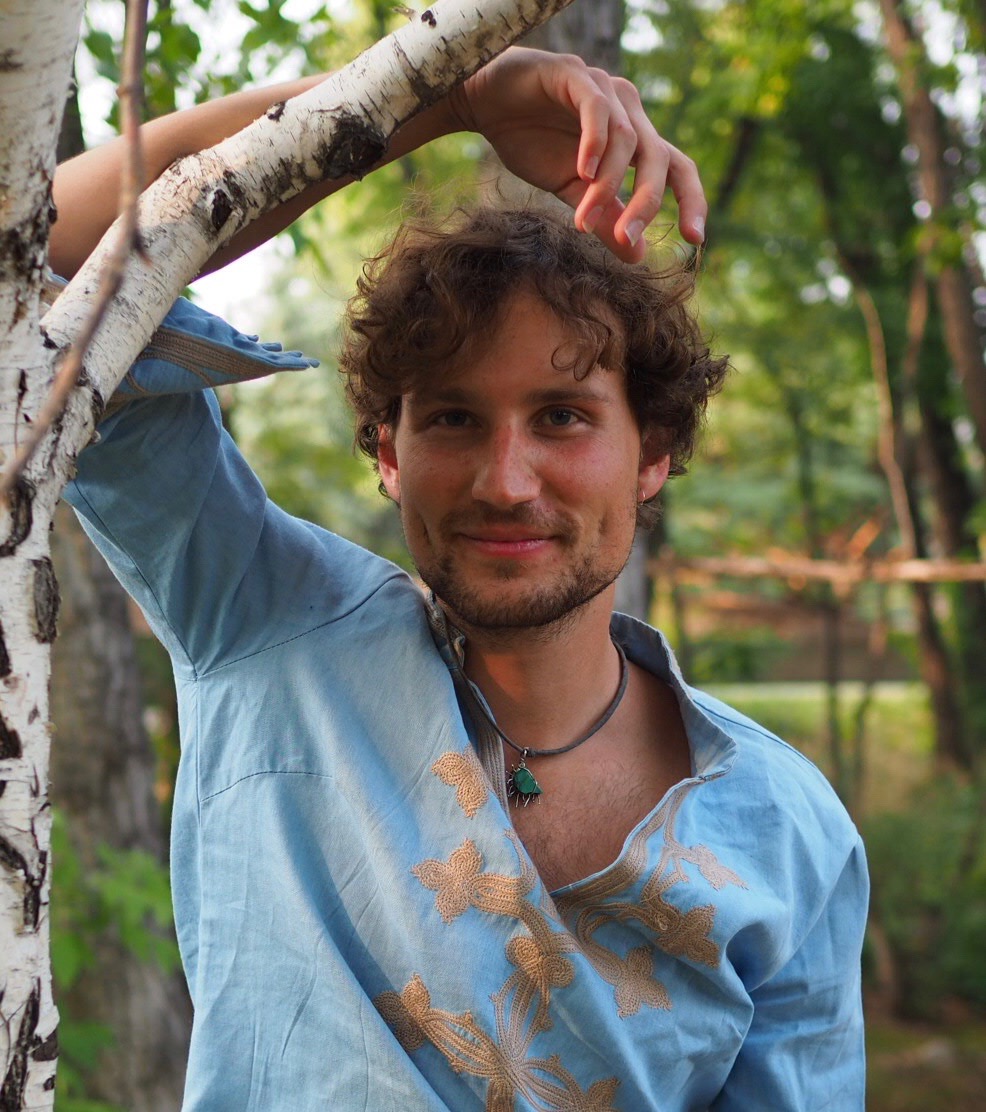 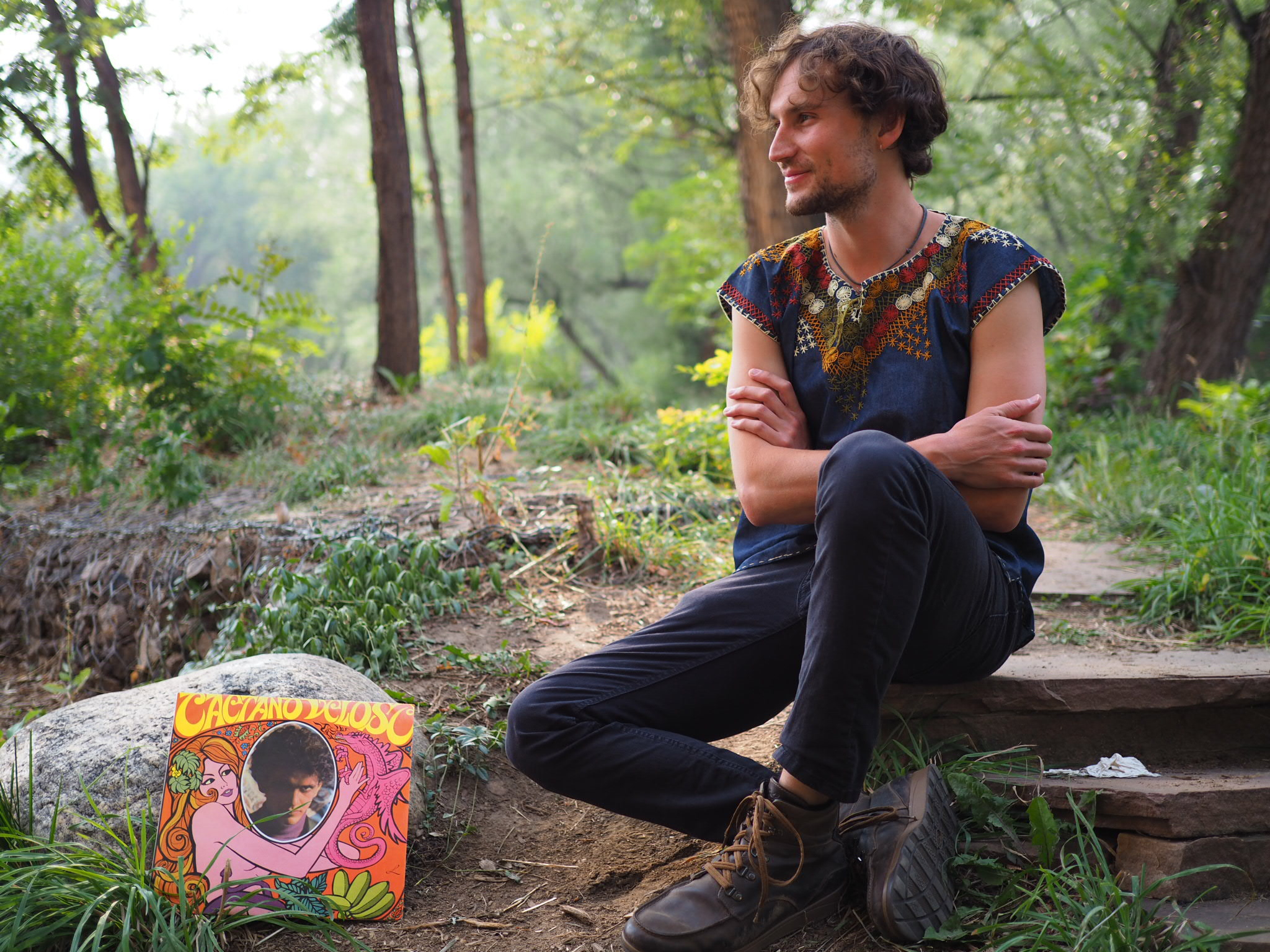