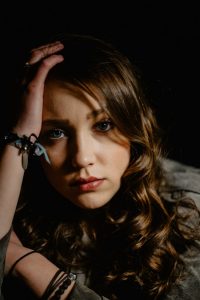 Today we’d like to introduce you to Megan Kelly.

Megan, can you briefly walk us through your story – how you started and how you got to where you are today.
Ever since I was little, I always knew I wanted to be involved in the arts. As soon as I started watching movies, I knew I was going to be an actress. As I’ve grown, that dream has never faded or faltered for me. As cliche as it sounds, I was hooked from the start. I made my first film when I was about five years old with my dad’s VHS camera, my sister and the neighbors across the street in my hometown, Spokane, WA.

But I wasn’t completely involved with film as a kid, I was fascinated by it, but growing up I was more involved with music. At the age of six, I was taking voice, piano and fiddle lessons. Unfortunately, I have not kept up with those skills as much as I should have, but I still know how to play, and I song-write in my free time.

I am also the first generation American because my dad is from Ireland and my mom is from England, so needless to say, I am heavily influenced by European culture. This influence led me to spend 4 years doing competitive Irish dancing as a child.

At the age of ten, I moved from Spokane, Washington to a small town southeast of Denver. This forced me to change gears a bit and it drew my attention back to acting. I did theater throughout middle school and high school. It was also in middle school, where I started playing the drum set. With my theater experience building up, I didn’t really start thinking about completely pursuing film until age 12. But I didn’t know where to begin, my parents have never had any involvement in the film industry so I was more or less left to figure it out on my own and through my own research. I am so eternally grateful for my parents, my best friends, and my boyfriends support along the way, I really could not have done it without their love and support.

Fast forward to a couple of years later, and I am finishing up high school while taking regular acting classes with Paul, my acting coach. He was with me every step of the way encouraging me, helping me grow, even when I did not believe in myself.

I wrapped up high school in 2017. I was working at Crisis Intervention Teams as a role-player to train cops, I was working on motion capture for Life is Strange: Before the Storm, and I was heavily involved with the Denver independent film community. I also worked on Freddy’s commercial that may or may not be still on air. I was really starting to develop an understanding and passion for film. I continued my studies in the fall semester on campus at the Metropolitan State University of Denver.

In December 2017, at a holiday party, Paul told me that I needed to take another leap of faith. He was talking about me living in LA for a few months to get my feet wet. I was petrified. So many doubts flood your mind and the reality of the situation hits you. We are always told to be fearless and to take risks, but then the other side of it sees how “foolish” and “naive” you are when you fall. Debt and failure are two very unfortunate circumstances I didn’t want to deal with at 18. So naturally, Paul and I compromised and suddenly I found myself in LA in February of 2018.

Som I spent a few months in Los Angeles, it forced me to grow up and be independent. I went from driving on country roads to driving on the 405. It was a learning curve for sure. I met some wonderful friends out there that really believed in me, and I met some that taught me some great lessons. All of those experiences are invaluable. While I was out there, I discovered my opinion on failure changed, I realized that it only serves as a catalyst for growth, I found that the more I fell I was able to pick myself up again with that simple perspective change. And believe me, I fell a lot. And that’s the way it should be! I grew so much.

The rest of 2018 was pretty slow. Lots of auditions and callbacks, but I did not seem to be working as much. But unfortunately, that is the nature of the business.

As of right now, I have been blessed to be pretty busy. I just finished my second year at MSU Denver (online) and I am excited for more opportunities and periods of growth! I am producing my first feature-length film, titled “Don’t Call it a Comeback” and it has been quite a ride so far. It’s my first time taking charge of production and there has definitely been some learning points along the way. I am so thrilled to be working with Rob McNeil (award-winning screenwriter: Cannes, Beverly Hills Film Festival), Anthony Ngo (two-time Emmy award-winning director) and Gary Miller, a wonderful actor, and comedian I have had the privilege to work with on multiple projects now. I am working on a couple of exciting projects that I am not able to disclose yet, but I will provide my IMDb link…

We’re always bombarded by how great it is to pursue your passion, etc. – but we’ve spoken with enough people to know that it’s not always easy. Overall, would you say things have been easy for you?
Anyone who says anything competitive is a smooth road is a liar.

Growing up I was not a popular kid. I did not really fit in and I was alone and bullied most of the middle school. In high school, I had friends but never seemed to fit into a group. I was so relieved to get out of school.

As far as acting goes, any “ambitious” or “ridiculous” dream is going to have some major bumps in the road. As I’ve mentioned before, it is easy to listen to the negative feedback, the criticism, the people who don’t believe in you, or the people who think you should get “a real job.” Take any opinion with a pinch of salt. It is all subjective and it will always vary with every person you come across. There will always be plenty of that in life whatever you do. You can’t entertain it unless you are using it to fuel your fire.

I will be honest and say it is strange to work in an industry that revolves around rejection. You get told “no” so many times, but that one “yes” is everything. It is such an incredible, indescribable feeling to get cast in a project you are passionate about.

It is hard when projects fall apart, or when they never see the light of day. It is also hard when you get cast, and then the next thing you know the project either disappears, or it moves along without you. (This is why you get an agent).

It’s weird, but it’s the nature of the business and you can’t let it get to you. So many factors go into being cast. And oddly enough, it doesn’t even have that much to do with you. It’s honestly like winning the lottery twice.

Also as any type of artist, a regular income is one of the greatest struggles. You either work a 9-5 or you have that availability to attend an audition at the drop of a hat. Luckily, I’ve recently found a way to do some part-time work on the side that happens to be super flexible. Without this, I would not have seen some of the opportunities I have.

Please tell us more about your work, what you are currently focused on and most proud of.
I am an actress, model, and singer from Colorado. I also work in California and New Mexico for films. I am passionate, I am empathetic, and I am expressive. I love to laugh and I love to love.

Has luck played a meaningful role in your life and business?
I think this industry thrives off luck. I was once told that acting is 10% talent, 70% luck, and 20% look. 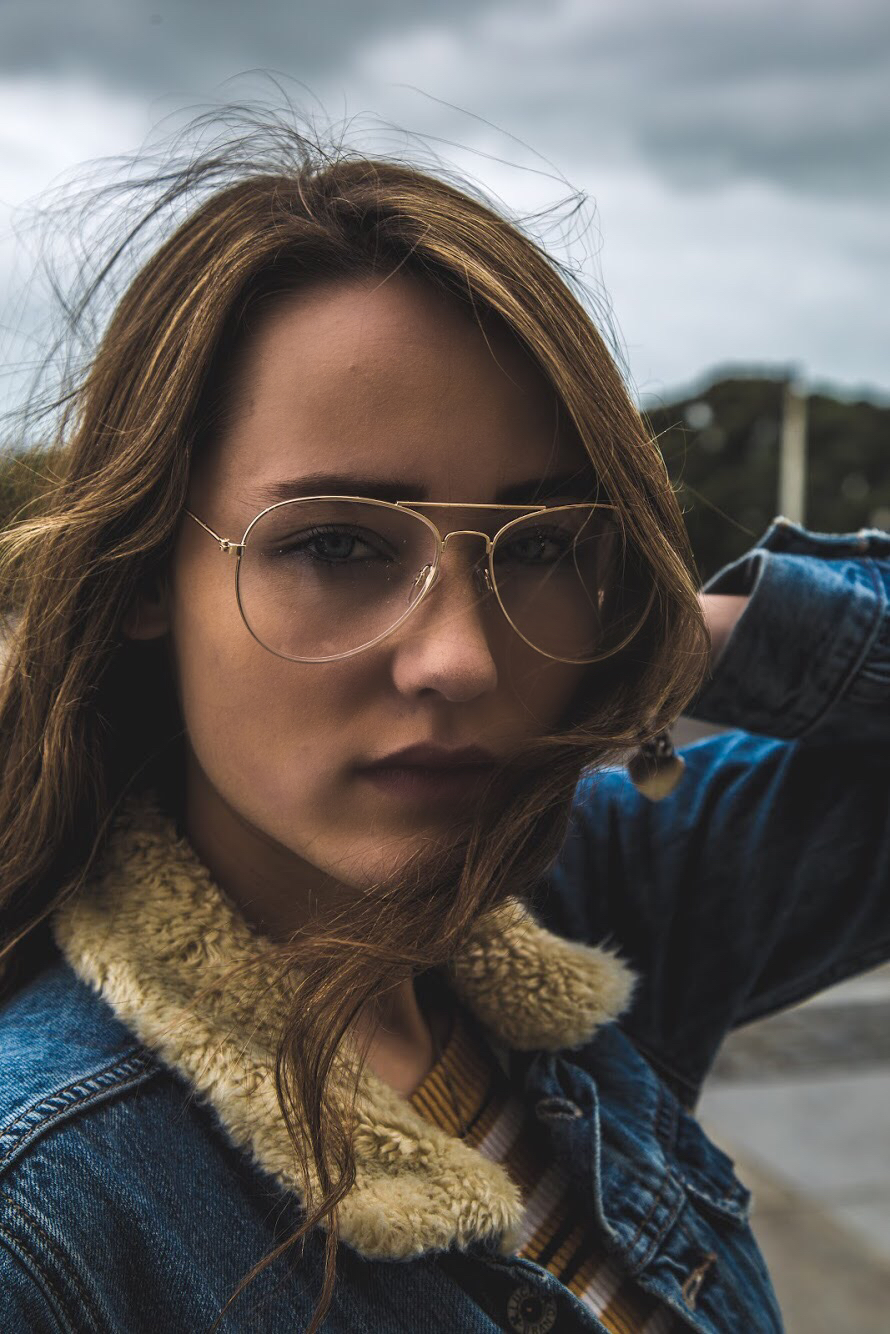 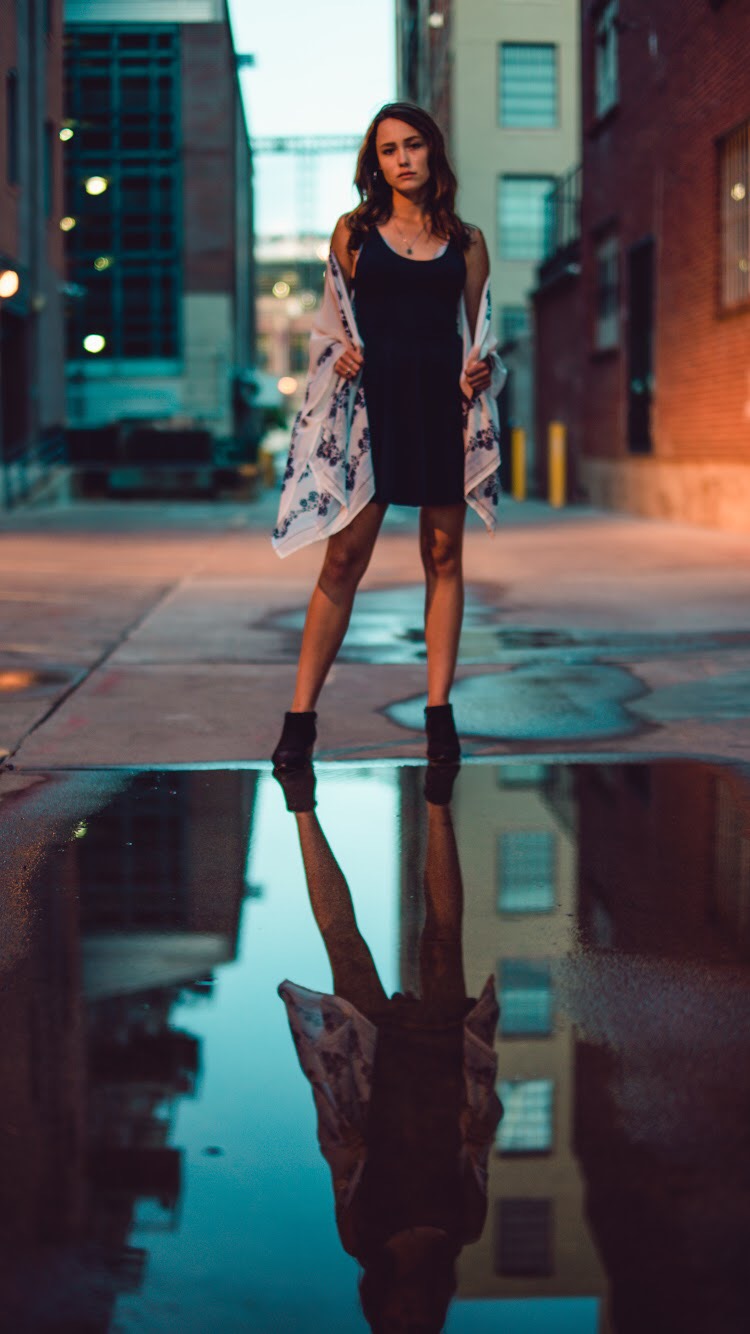 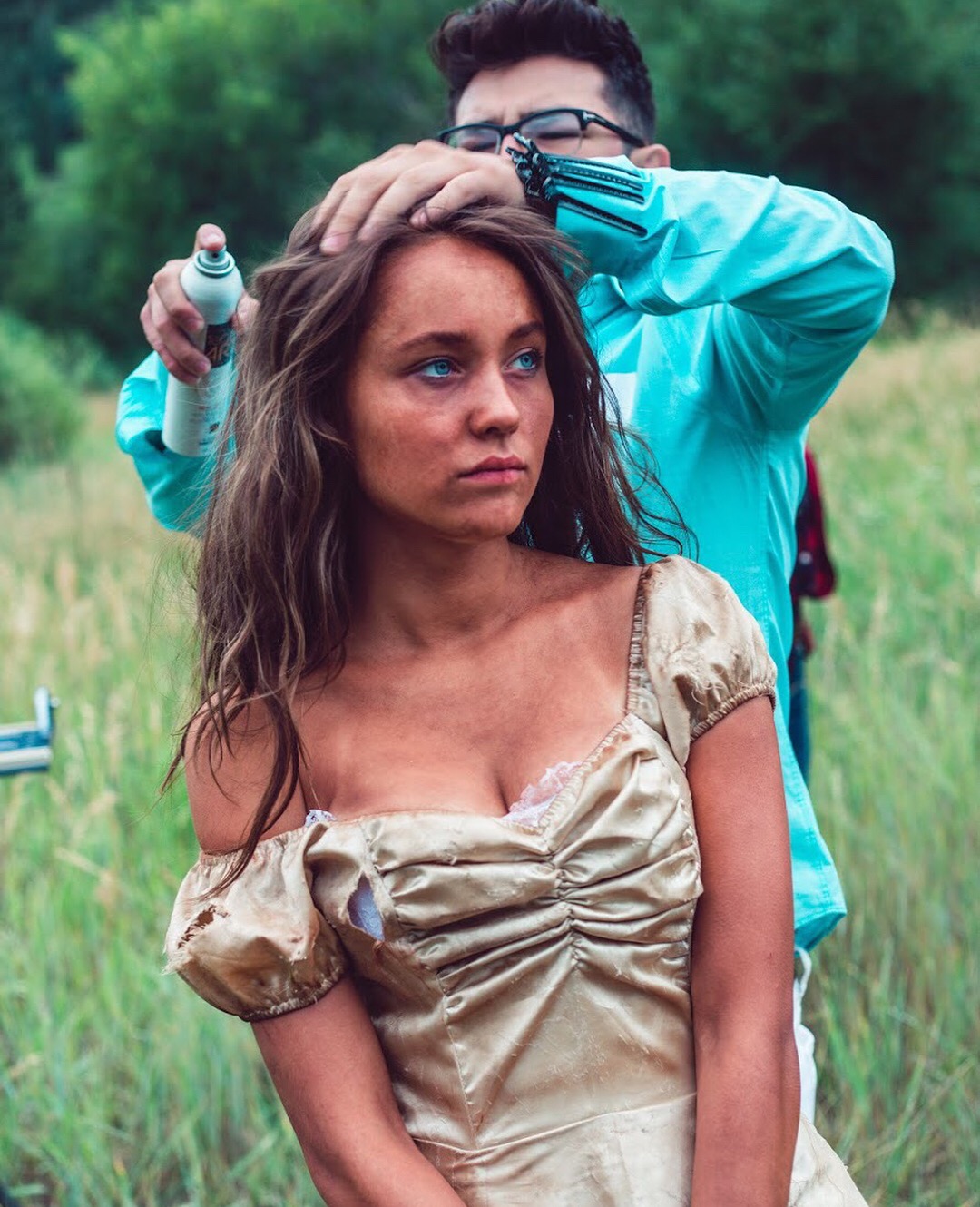 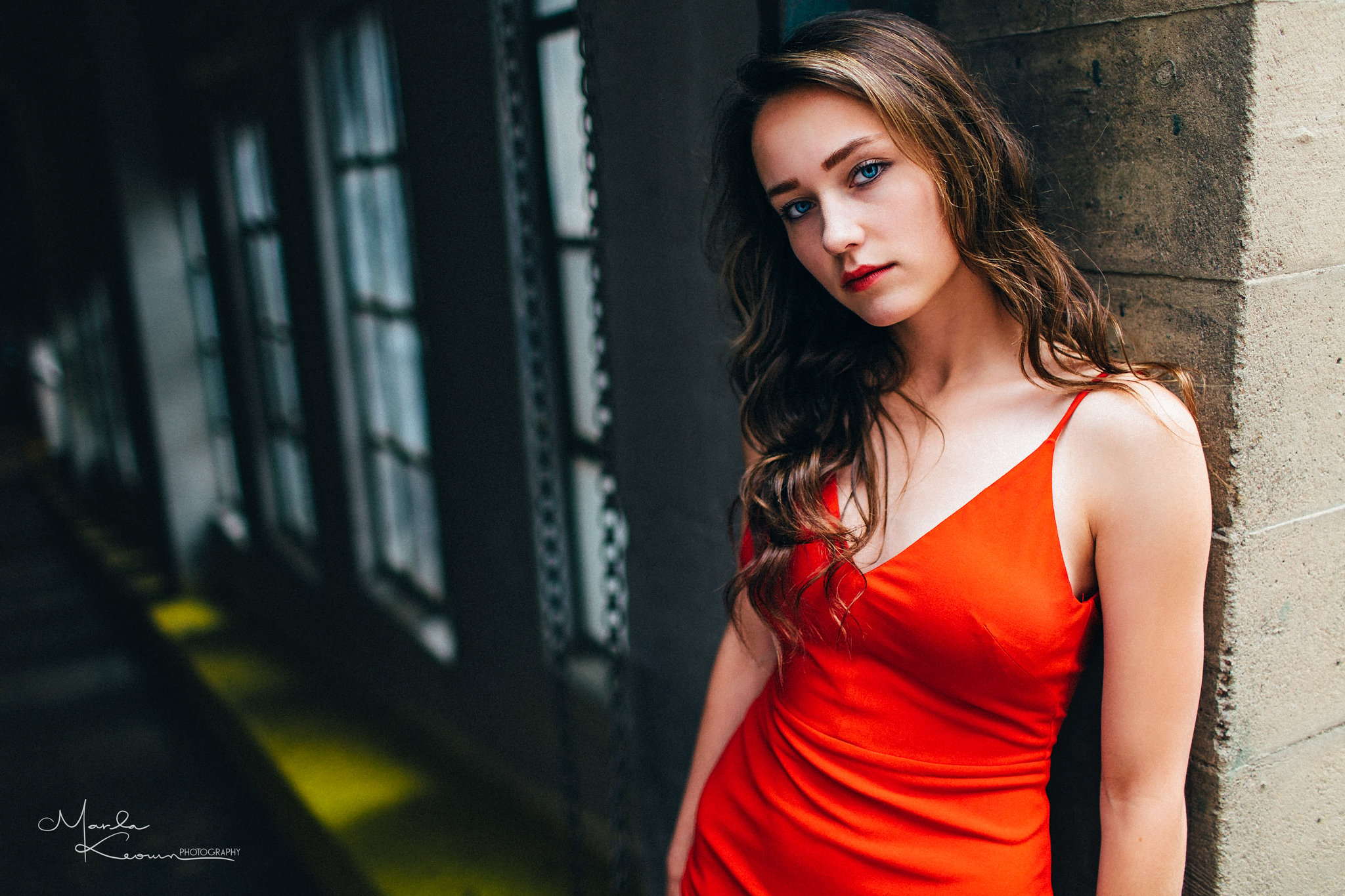 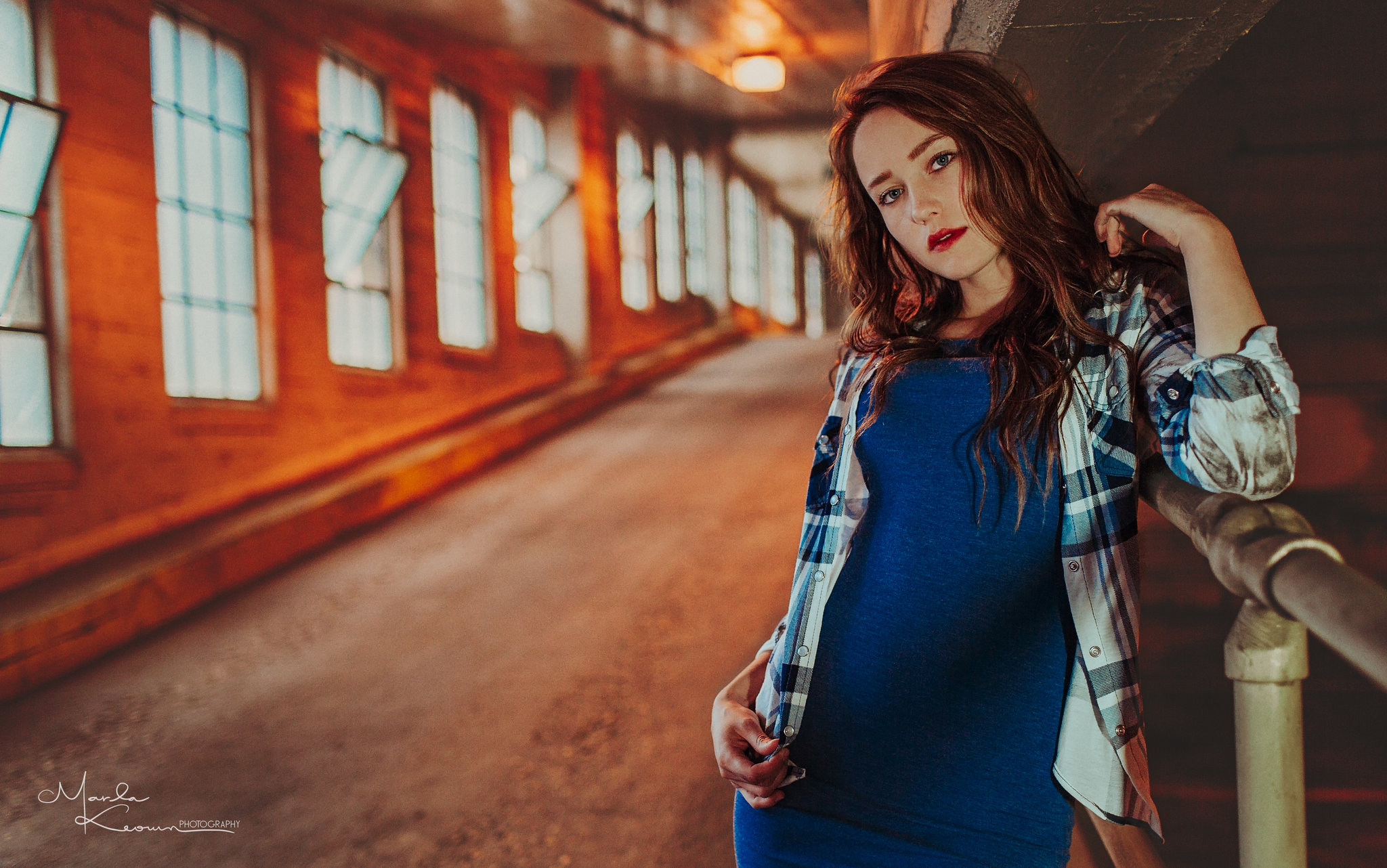 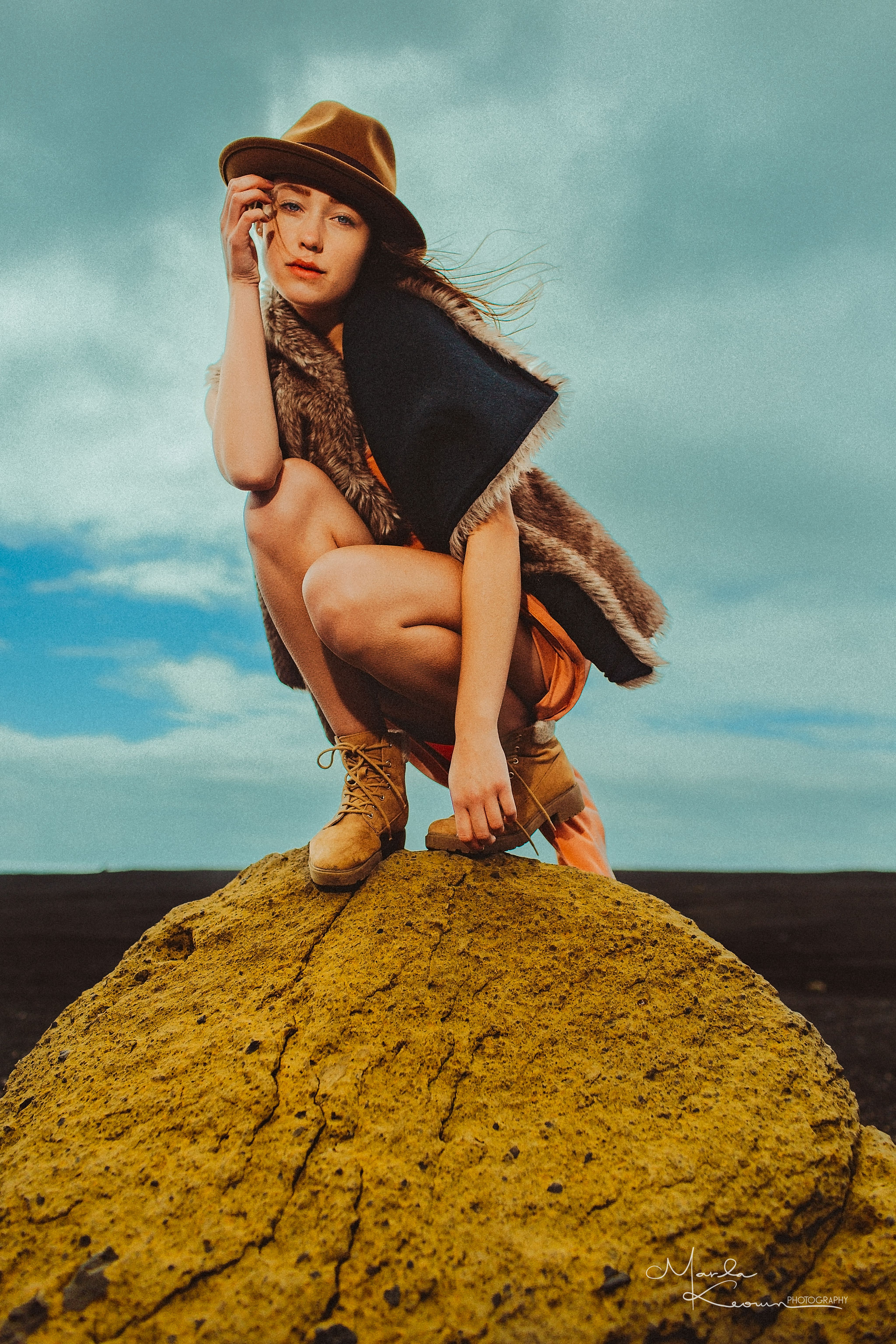 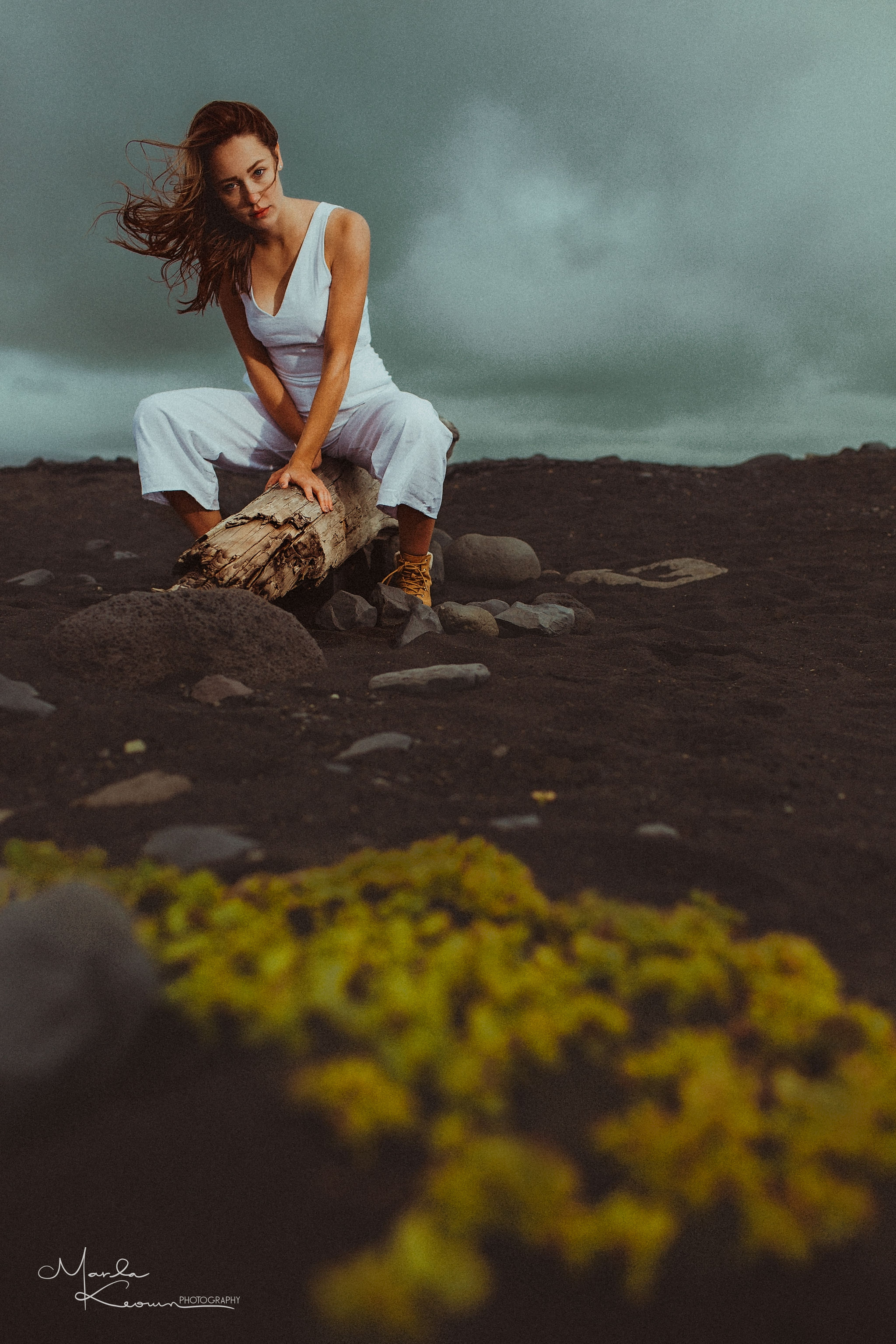