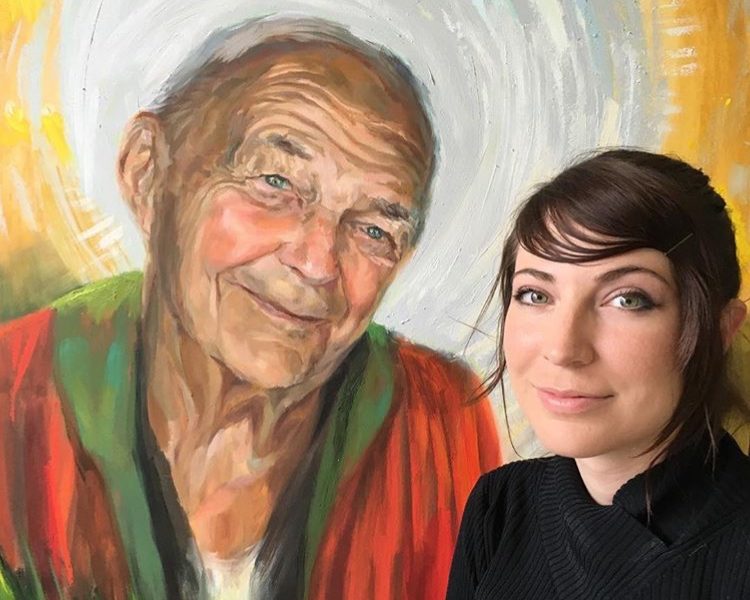 Today we’d like to introduce you to Melissa Carmon.

So, before we jump into specific questions, why don’t you give us some details about you and your story.
The story begins with a “yes” to adventure, and a piece of drawing charcoal, which is a hard thing to find in rural Paraguay.

The journey to making these portraits which seek to honor their subjects— portraits which are not for the faint of heart— involved years of study, an unending interest in materials, and an embrace of adventure. My hope is that they will embolden the people who view them to say yes to life, yes to themselves, and be spurred on to overcome whatever challenges come their way.

It’s often something unexpected that leads to a discovery. When I was in my teens, I had an opportunity to spend some significant time living in both Germany and Paraguay. While traveling in Paraguay, our departure to our next destination was considerably delayed. A young Paraguayan friend of mine was there, so he and I each perched on a suitcase and I started to draw. He was maybe 12 at the time, and I remember feeling a little funny about the way the portrait came out since he looked a little bit older than 12 in the picture. It was, however very much “him” in the drawing. He looked a few years older than he was, and he looked noble. He liked the picture, and I decided to give it to him even though it turned out differently than I’d expected. I didn’t know it, but that was a day that would help to define the rest of my life.

Sometime later, when I returned home to the States, I received an e-mail from his father saying, “Thank you for the drawing you made of my son. It has guided him through some difficult teenage years. It cast vision for him, and reminded him of who he is.” That was the first time I experienced a glimmer of what has happened so often since then, and it also revealed something about the value of art.

Has it been a smooth road?
The road is full of challenges— every day has a new challenge that comes with it.

One of the challenges I’ve faced is that because this work is inherently very focused on the individual, it is not generic. Some of my favorite painters whom I respect the most will paint faces, but blur out the eyes. This makes a piece of art that in some ways has a broader appeal. My work is the exact opposite. The feedback I have received about the portraits often mentions the eyes and the perceptible sense of life in the portrait.

I still have the faded piece of paper, formatted for final reviews, handwritten by one of my professors at RISD. He taught a class on portraiture. This happened several years after my experiences in Germany and Paraguay. In my final critique, he wrote that the portraits have such a strong sense of presence and highlighted their intensity. Along these lines, I have had people say that the portrait sees into them, through them and somehow beyond them. How do you invite people to participate in that kind of work? How do you say to people, step into this incredible, unpredictable experience, in which you are going to learn about yourself? Maybe it will be a guiding star for you, maybe it will reveal something for you, and maybe, just maybe, it will bring out the best in you.

We’d love to hear more about your work and career so far.
As a fine artist, your job is to create something that doesn’t yet exist. There is an added challenge in painting things that can’t be pinned down— for example, a person’s personality, a sense of what it’s like to be around them, or anything else that transcends the material world. That leads the work to a blend of realism and abstraction. It’s a challenge to paint something that can’t be seen.

Something that I’ve learned through this process, is that if something could be considered a drawback, it can actually be something that points the way to a person’s niche. As a person with a studious inclination— a fascination with materials like fine art pigments, and an interest in what could be considered a very old art form— my interests depart from the norm in a lot of ways. I am still very interested in the most ubiquitous of all human forms of communication: the human figure and the face. I am also interested in making art that will stand the test of time. The science of oil painting is incredibly complex and is a source of continual fascination for me. I am committed to using the highest quality materials in my work, and that requires a lot of research. For me, there is no other way. If you are an artist or entrepreneur, I would encourage you to run with your strengths, and trust that it will lead you to create value for others.

It is probably reasonable to expect that if you’re an entrepreneur, you’re just not doing what everyone else is doing. That is part of how you bring value: you can see a different reality, you can add something to the world that doesn’t exist yet.

Is our city a good place to do what you do?
Perhaps all locations have benefits and drawbacks when it comes to entrepreneurship and specifically for making artwork. There is a great sense of creativity and innovation in northern Colorado. I would say that if you are someone who likes a lot of structure and also the support of academic institutions, this area would be a contrast to the feeling of a place like New England. It is very different from either coast as far as the art climate.

Something I really appreciate about the vibe the mountain west is the sense of opportunity. There is something about seeing the band of the Rocky Mountains stretching as far as the eye can see— where mountain ranges trail off into distant blue ribbons near the horizon— that awakens a sense of adventure and the exploration of the unknown. There is the sense that if there is something you want to do and you can pull it off, you could certainly try it here. That feeling is a good match for the kinds of portraits I enjoy creating. If a bold portrait might be part of telling your story, I would love to hear from you. 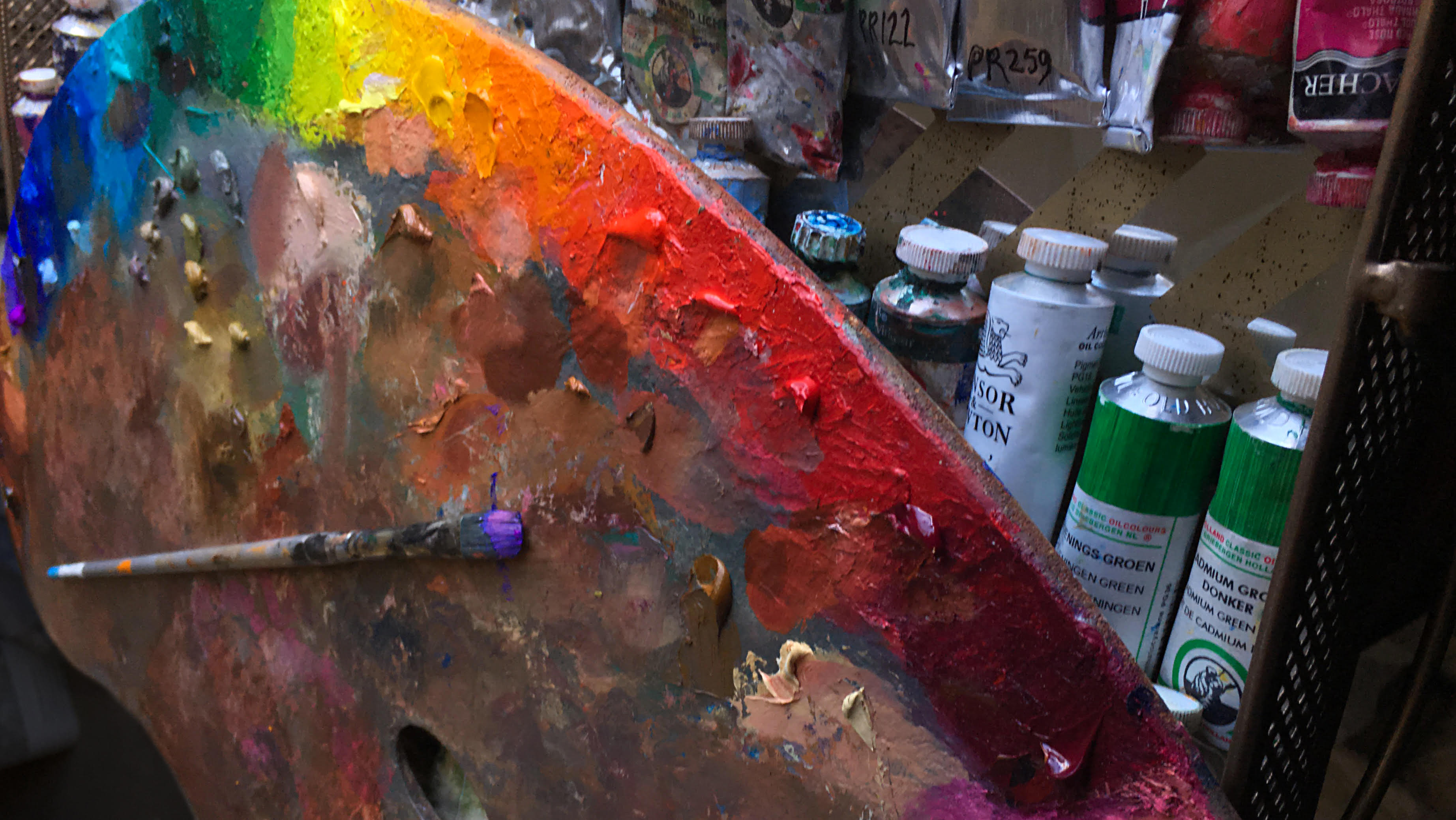 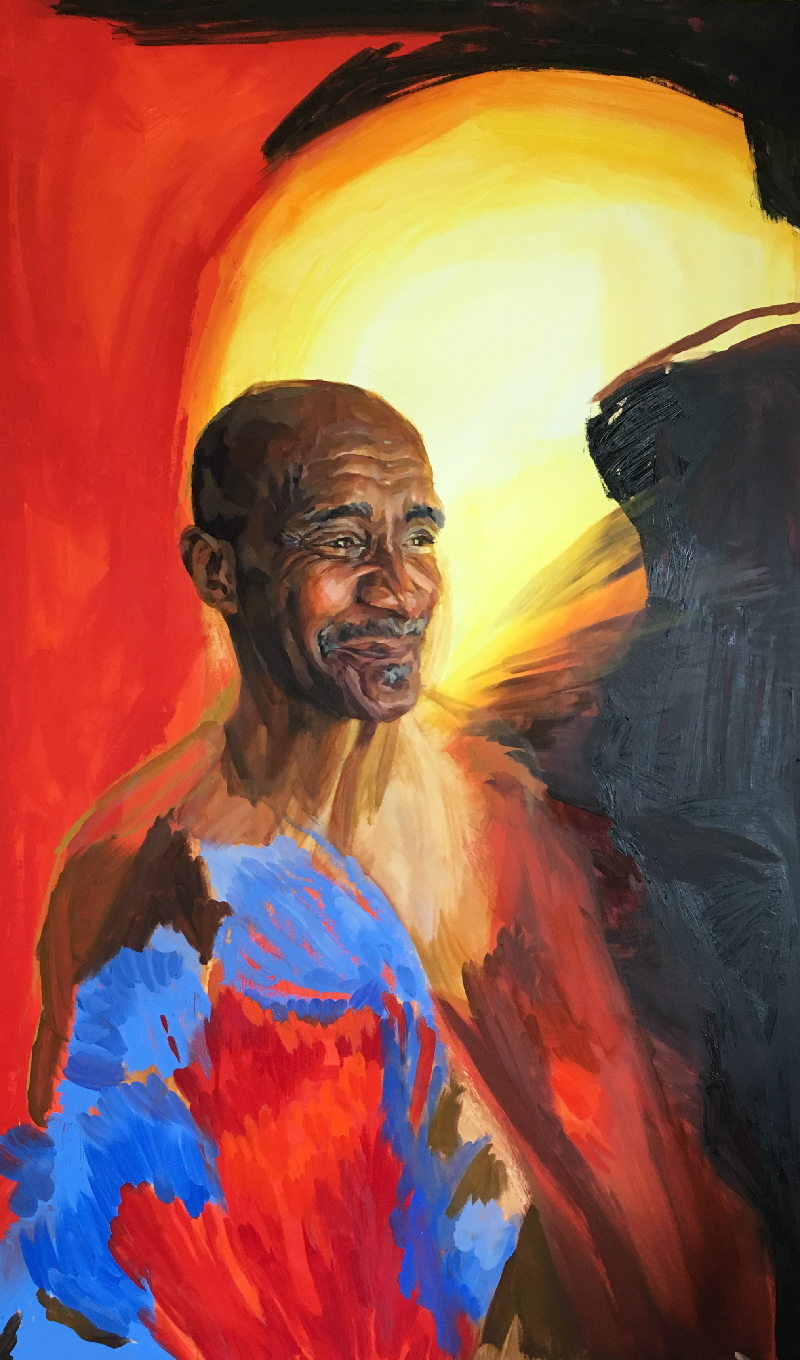 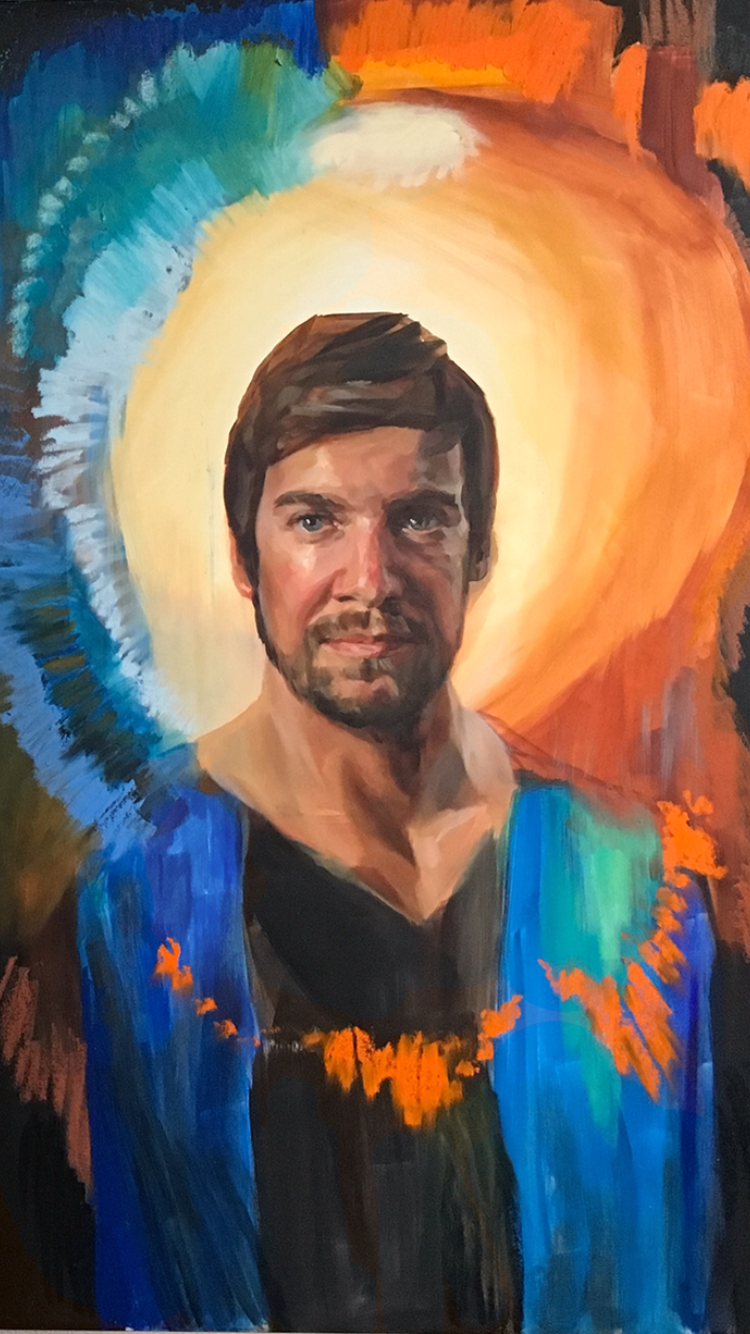 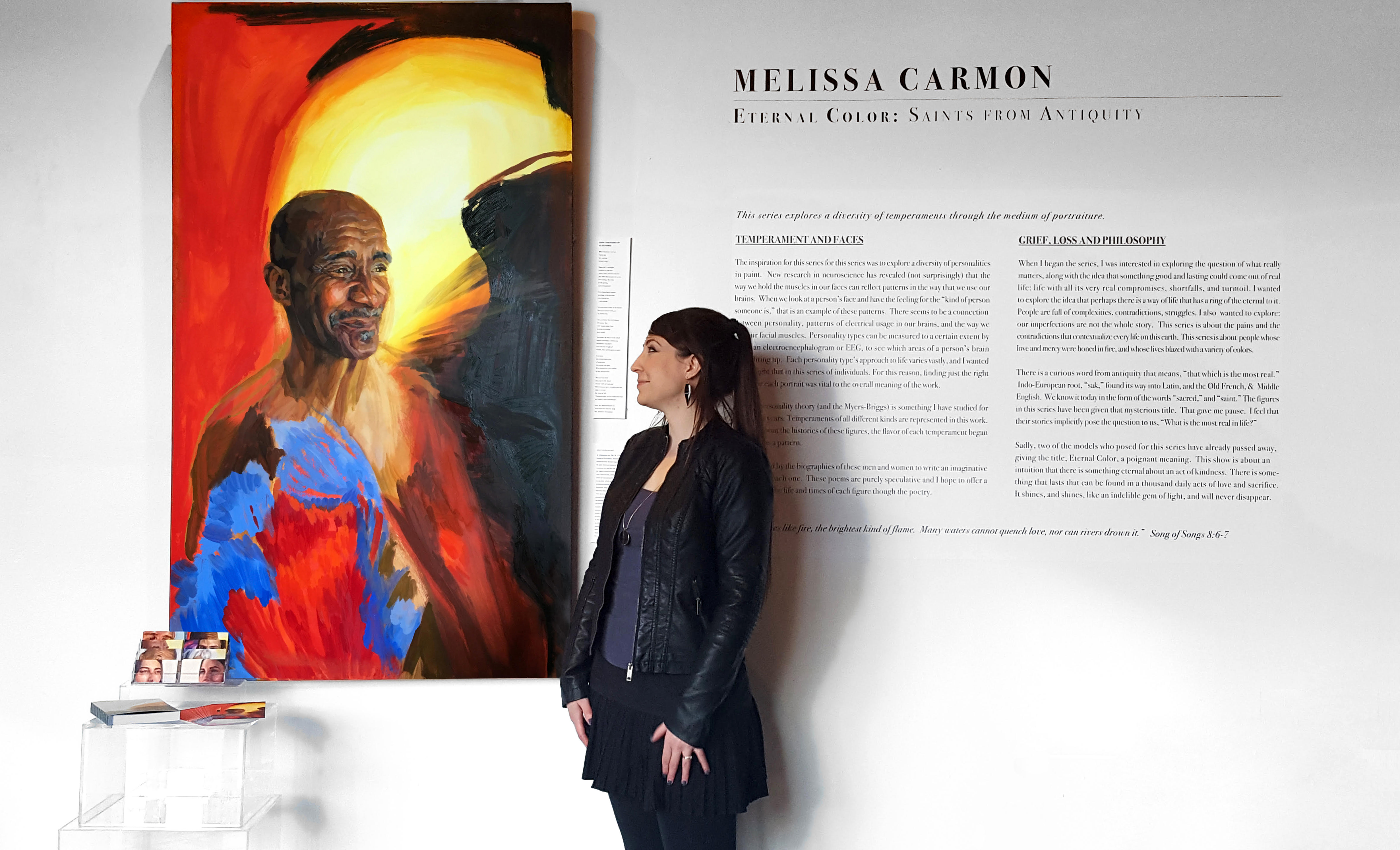 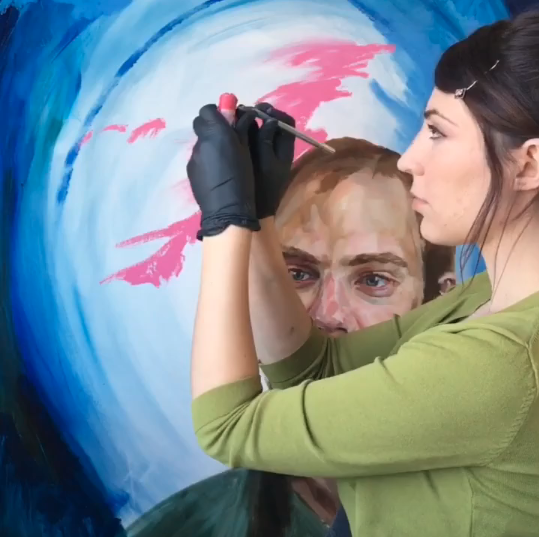