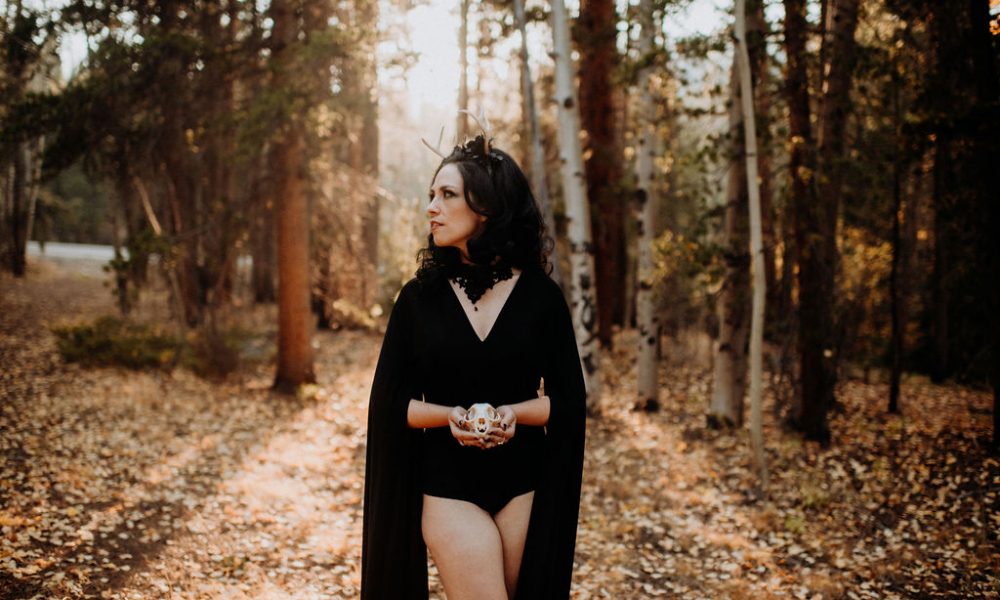 Today we’d like to introduce you to Moira Murphy.

Moira, let’s start with your story. We’d love to hear how you got started and how the journey has been so far.
I’ve been singing in some form or fashion for 17 years, playing piano for 24, and writing poetry my whole life. Initially, my path was a very traditional one: I went to undergrad and graduate school for classical vocal performance. I gave recitals of art song, sang and played piano in churches, and performed in several operas in Illinois, Virginia, Tennessee, New York, and here in Colorado and Wyoming. In my other life, I do still sometimes perform in new operas by living composers in the US and overseas, as well as perform standard operatic repertoire in immersive and avant-garde settings.

However, a few years ago, my husband gently suggested that I look into symphonic metal. I was drawn to its intensity, the way it reveled in its emotions, and the fact that the subject matter was often very close to that of the poetic settings in classical music. I was hooked.

I ventured to start my own metal band project influenced heavily by classical music, and we are called Oryad. I’m very excited that our first single will be dropping Friday, November 13, 2020, on all major streaming platforms. We’ve got a few more single releases of my favorites planned and two subsequent EPs in the wings. These songs have been a huge part of my heart for three years now, and it’s time to see them fly into the greater world. The first single, “Doxology,” uses some bits of melody from a 1524 composition by Martin Luther, as well as synth work and soaring vocalises, over the power of a 4-piece metal band. The lyrics speak to a connection to nature and the universe, and the overwhelming sense that everything is bursting at the seams, awaiting either change or annihilation… very apropos given our 2020 landscape.

Overall, has it been relatively smooth? If not, what were some of the struggles along the way?
It took about three years for very proper-music-conservatory-me to learn how to write a popular song form, to collaborate with other musicians on the process, and to let go of preconceived notions of perfection. Artistic perfection, as it’s taught in traditional music schools today, can really tear your soul in two… if you let it. And going on this new musical journey and allowing my true Moira self to come out in my own poetry and my own melodies was, and continues to be, very healing and empowering.

Being a musician in today’s world of sensory overload can feel overwhelming and futile, but what I’ve found is it’s more futile to keep trying to be an artist that you’re not. I love Mozart, but auditioning for opera companies with the same aria as 500 other sopranos got old, and the fire wasn’t there. Singing my own vocalises over blast beats? Yes, please.

Can you give our readers some background on your music?
Oryad is unique in that we really blend the classical world with the metal world. Never in a million years did I think I would go from arias to headbanging but here we are. The soul of the songs is a testament to the combined knowledge and credentials of the band as a whole, and I truly believe that while we nest comfortably in the symphonic metal and gothic metal genres, we do have something new to offer. In our music, there is a heavy focus on the mystical, the esoteric…the wonder found in various mythological and religious traditions . So… if you want to feel powerful emotions turned to their highest in a way that you might not have experienced, take a listen to our music.

Any shoutouts? Who else deserves credit in this story – who has played a meaningful role?
I’m extremely lucky to have written these songs with some other local musicians who have such a rich set of musical experiences. Luca Grieman was the first to join the project on guitar; he totally shreds and not only is a tried-and-true metalhead but has studied American improvised music extensively and you may see him around town in some jazz combos. Adam Sanders joined us on bass and has offered extensive insight into our song form, our riffs… everything; he’s got experience in everything from rock to country to jazz and has traveled the country setting up professional sound and running live sound for venues. Matt Gotlin-Sheehan has added so much on drums we actually met playing together in an indie country-rock band (!) and brings the same blend of jazz school knowledge and really heavy-hitting experience playing and touring with local metal band Hydraform. I brought the seed of an idea to the guys and they helped shape and write the songs and bring them to a standard of which I’m really proud.

Our producer, who mixed and mastered our tracks, is Vikram Shankar. He lives in Asheville, but we met at the Castleton Festival several summers ago during an opera festival. Our classical lives both led us here and I’m so happy we’re collaborating again. He’s the real deal and works with heavy hitters around the world, like Redemption and Evergrey. I also couldn’t have come to this far without the support of my husband. He’s been to countless auditions, recitals, and shows with me. Seen me struggle with the mold I was supposed to fit. And really encouraged me every step of the way…even when I quit a couple of times. 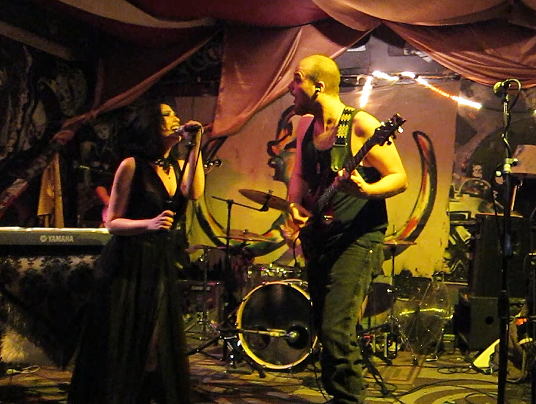 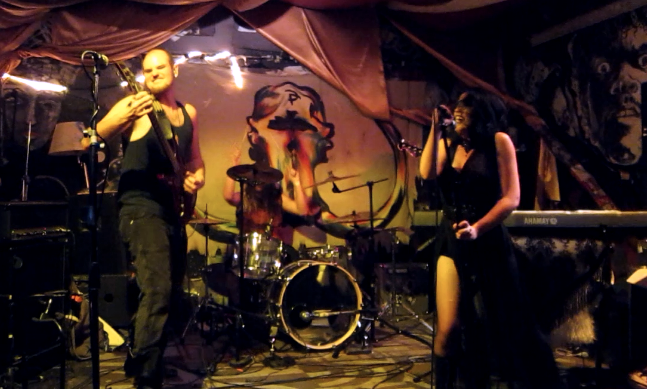 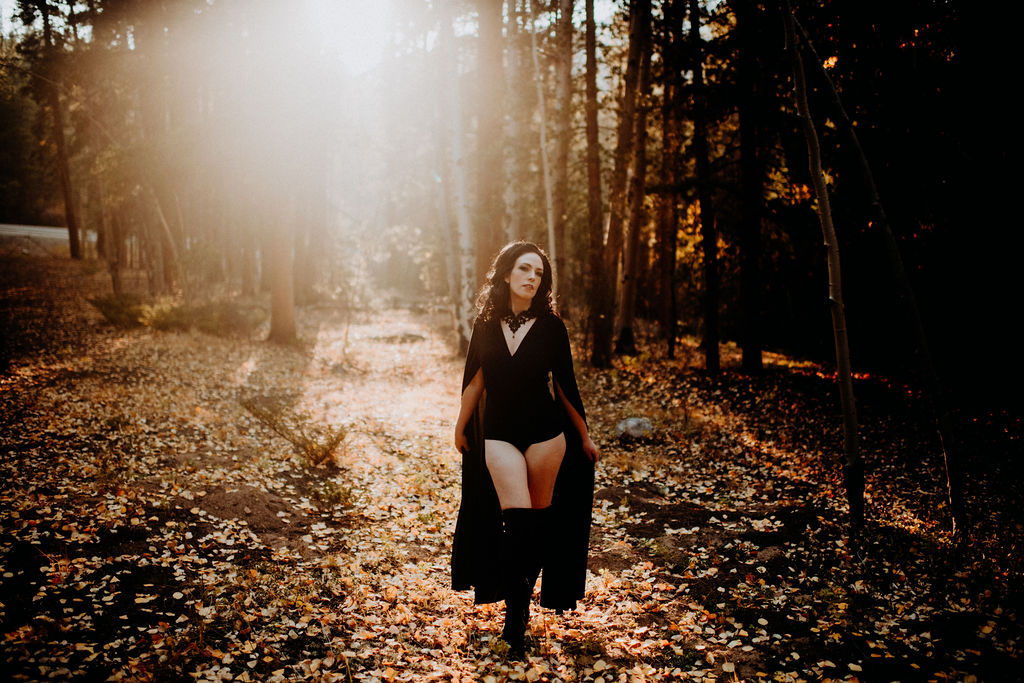 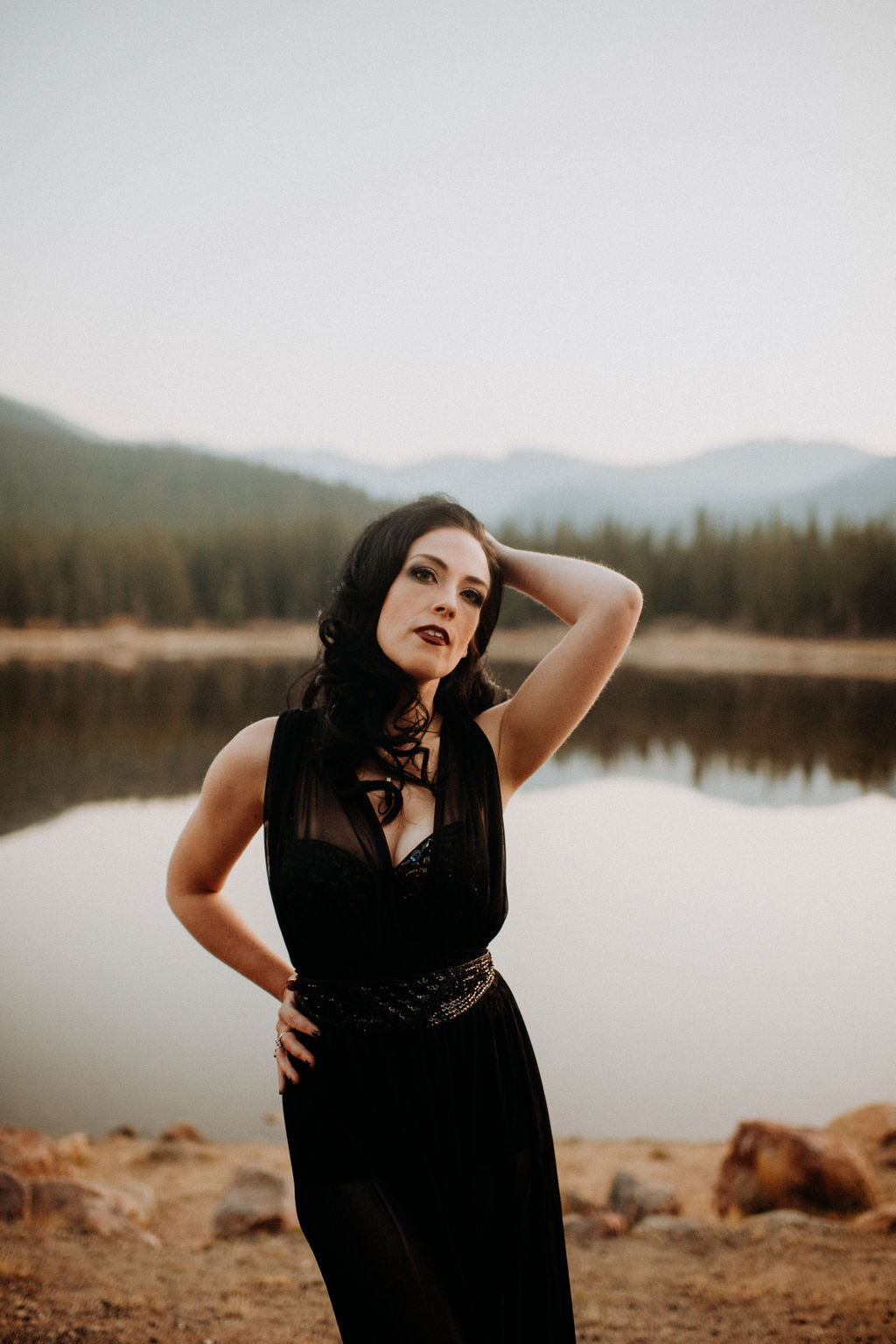 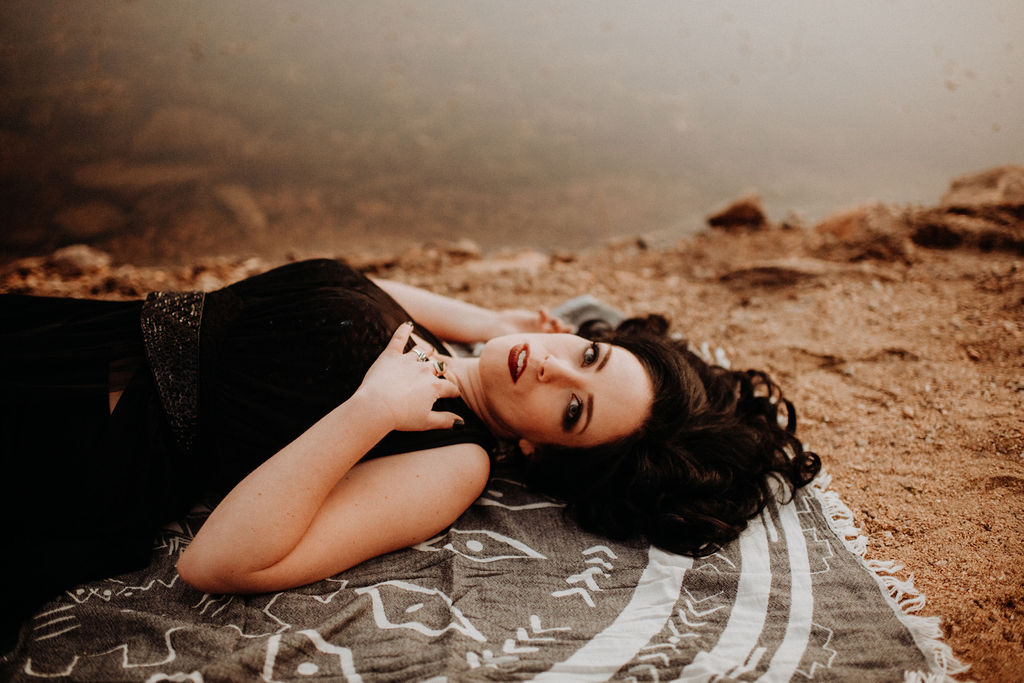 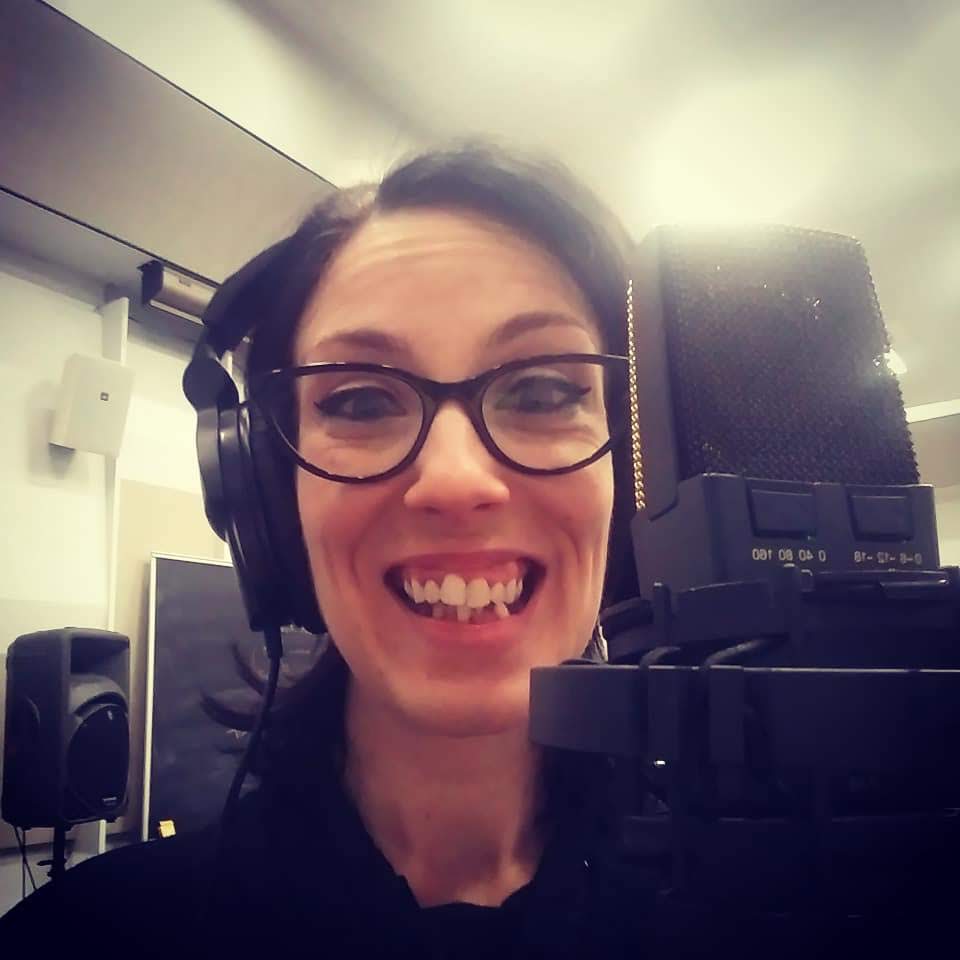 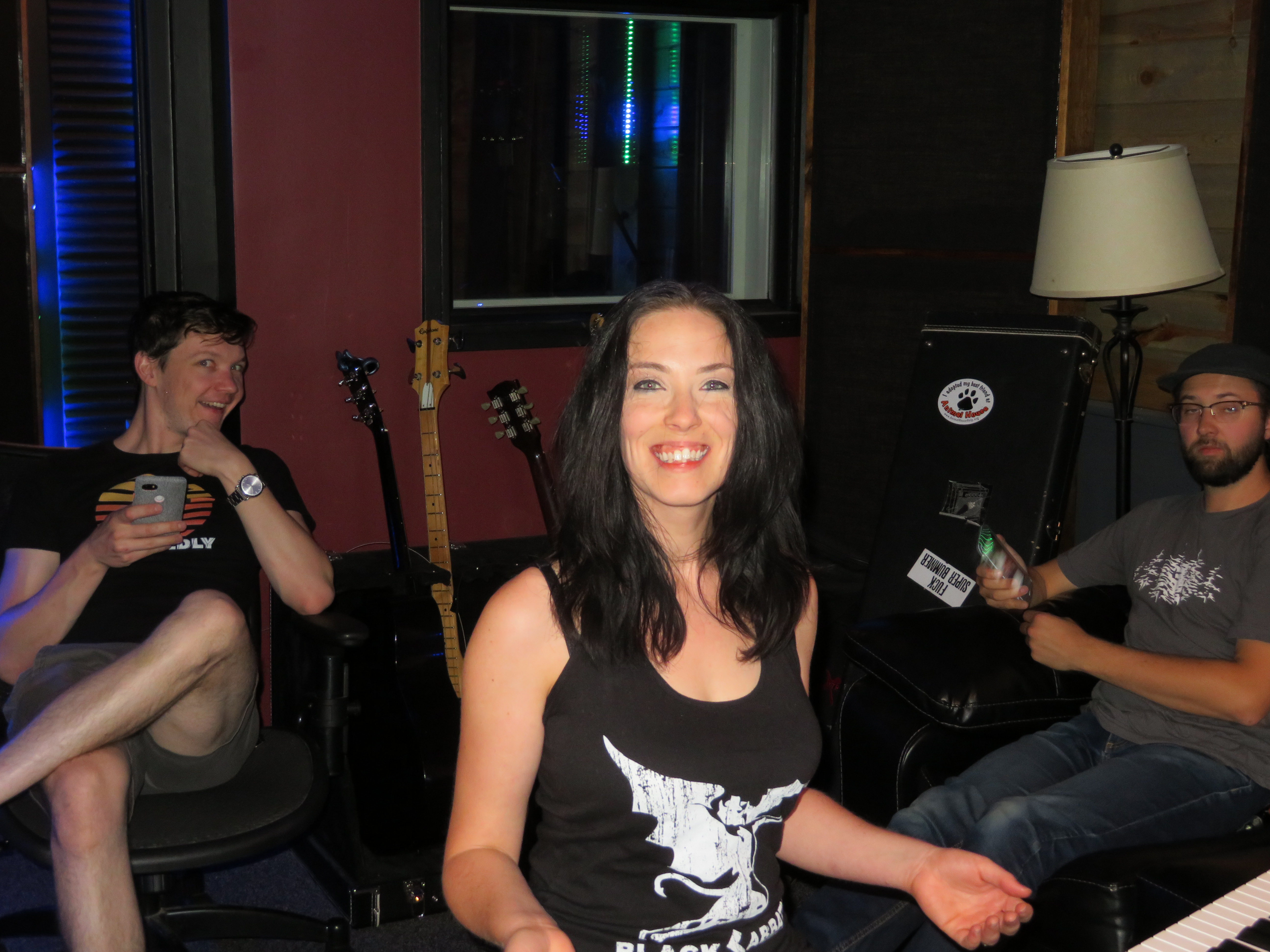