Meet Brian Coates of Music Go Round in Aurora 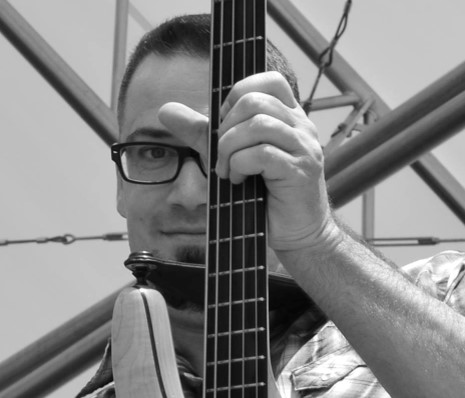 Today we’d like to introduce you to Brian Coates.

Brian, let’s start with your story. We’d love to hear how you got started and how the journey has been so far.
I grew up in the Denver area and got serious about bass while recovering from a car-vs-pedestrian accident when I was fifteen. I was off my skateboard for several months and in that time found my way into playing music. A few years later I attended college up the road at CSU Ft. Collins where I played in bands and began to work on instruments. This led to me becoming an apprentice/shop helper at a lutherie in Loveland where we made guitars, banjos, and some folk instruments. (It was my job to sand and sweep.) 1998 found me with my first music retail job at a Ft. Collins guitar/pawn shop where I started doing repair work professionally. After a year and a half there I moved back to the Denver area to take a job at the Music Go Round store in Littleton.

A friend of mine had purchased the store in 1999. We played in a band together so he knew that we could work well with each other and he saw the time I was putting in repairing instruments, reading up on guitar history and maintenance, and generally learning all I could about things with strings on them.

During my time at the Littleton store I continued doing repair work, began building electric guitars and basses on my own, and kept musically active. I found the work satisfying at Music Go Round and it grew substantially during the time I was there.

Moving forward to 2016, the Aurora store went up for sale and I saw an opportunity. I entered negotiations with the original owner and began to search for financing. When it became clear that the sale would go through I ‘cleared the deck’ of other pursuits, quitting the band I was in and closing my guitar building shop in order to make room to work on this new project with 100% of my time and energy. I took over on April 1, 2017. (April Fools Day is as fine a day as any to begin a new venture.)

Overall, has it been relatively smooth? If not, what were some of the struggles along the way?
The road gets smoother with every mile. The beginning was rough — getting financing was an absolute nightmare to the very end, and once I took over I had a whole set of new responsibilities to fulfill, many of which I knew little about.

The experience that I came in with was running the sales floor of a Music Go Round. I had done that for 18 years in a top performing store, after all. I did not, however, have a background in finance and had never dealt firsthand with the taxes, invoices, payroll, staffing, bookkeeping, and long-range planning that happens behind the scenes. I had an enormous amount to learn on the spot in my office. I tell the staff that I’m watching cat videos when I’m in back (they’re not going to watch themselves) but I do put a lot of effort into the business at my desk. Some of the infrastructure has been rebuilt two and three times as we continue to find better ways run. The staff is solid and can operate without constant oversight, so I am able to now work ‘on the store’ rather than just in it.

Alright – so let’s talk business. Tell us about Music Go Round – what should we know?
We buy, sell, and trade USED and new musical instruments. I am proud that we are first and foremost a ‘local’ store, employing and serving people in our community. As for what sets us apart, we are not just the place to buy gear but to sell it as well. In the last year, we purchased well over 5000 used items that walked in our front door. We have done this long enough and on a large enough scale to develop a high expertise, and we always work to do better for our customers.

Any shoutouts? Who else deserves credit in this story – who has played a meaningful role?
It’s a long list! I credit my parents with their backgrounds in science for arming me with curiosity about the natural world and some tools for critical thinking. They also did a very good job of not giving up on their college-dropout-musician kid who took a while to make good.

Charley Gannon and Mary Whalen at Osprey Guitars in Ft. Collins looked after me, as did Michael Medeiros who let me apprentice in his Loveland lutherie shop. Scott Lofquist from Surine Basses allowed me spend quite a bit of time in his workshop, too.

Scott Nason at the Littleton Music Go Round has been very supportive from the beginning. Much of what I try to accomplish here is based in some way on what worked in his store. There is a direct line from where I am today back to him offering me a job 20 years ago.
Back at Music Go Round HQ, Tim Kletti and Scott Savage kept an eye on me and have been a resource for many years before I became an owner.

My wife Kris remains my biggest cheerleader and supporter even when the store monopolizes my time. She is the one who reminds me that the world is not ending when I complain about some statistic being down. I can sweat details to a fault so it’s good to have somebody pull me back to see the big picture now and then. She also keeps me healthily fed — I don’t think she hears it anymore when I thank her every night for making dinner, but it is so good to have food waiting when I comes home feeling beat. 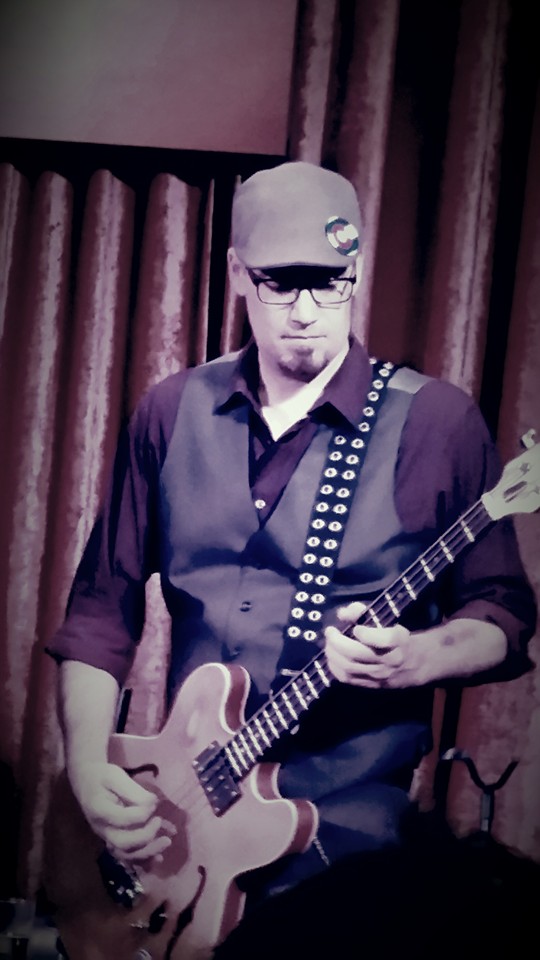 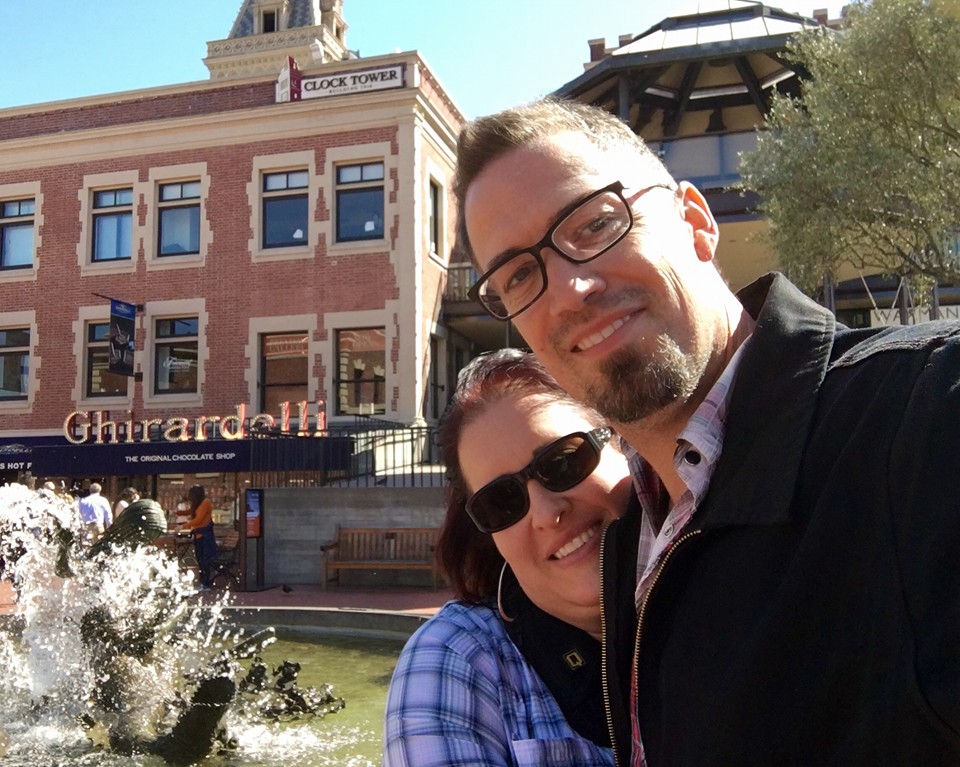 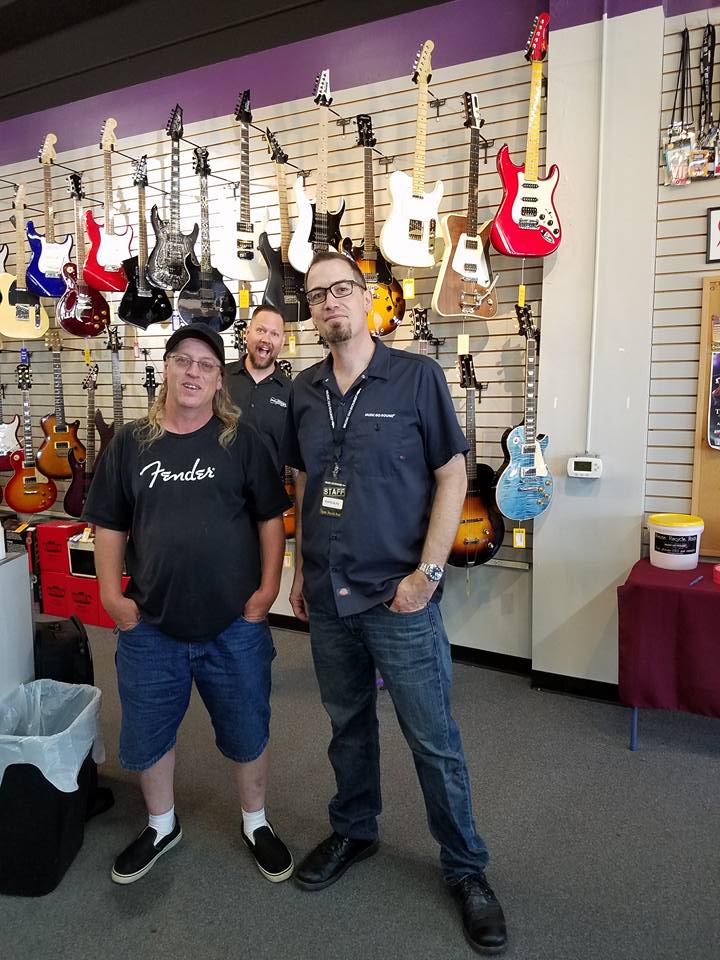 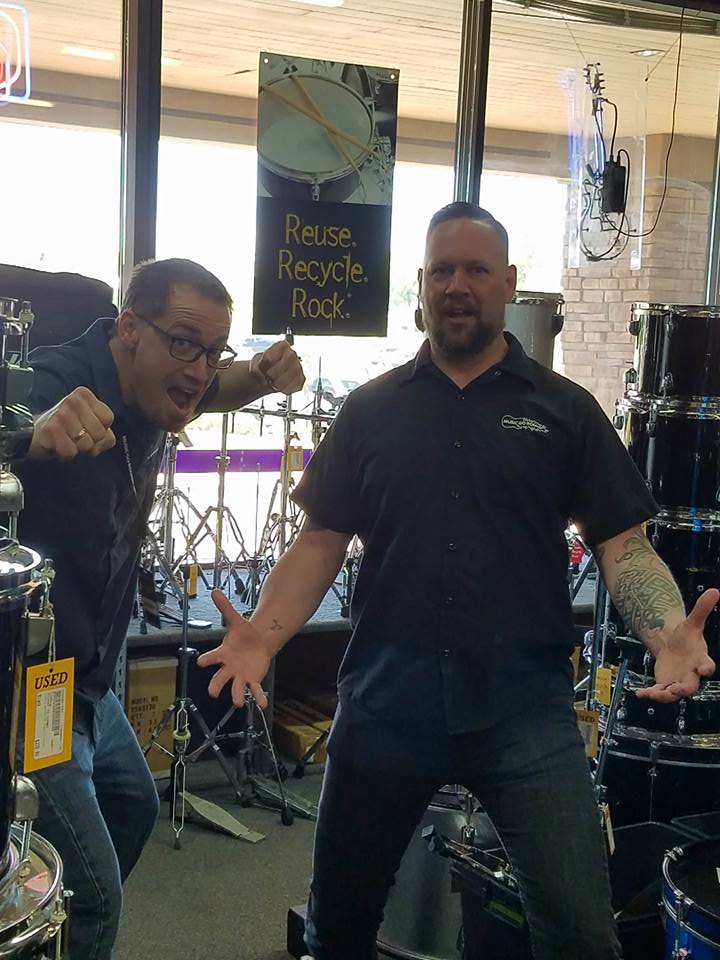 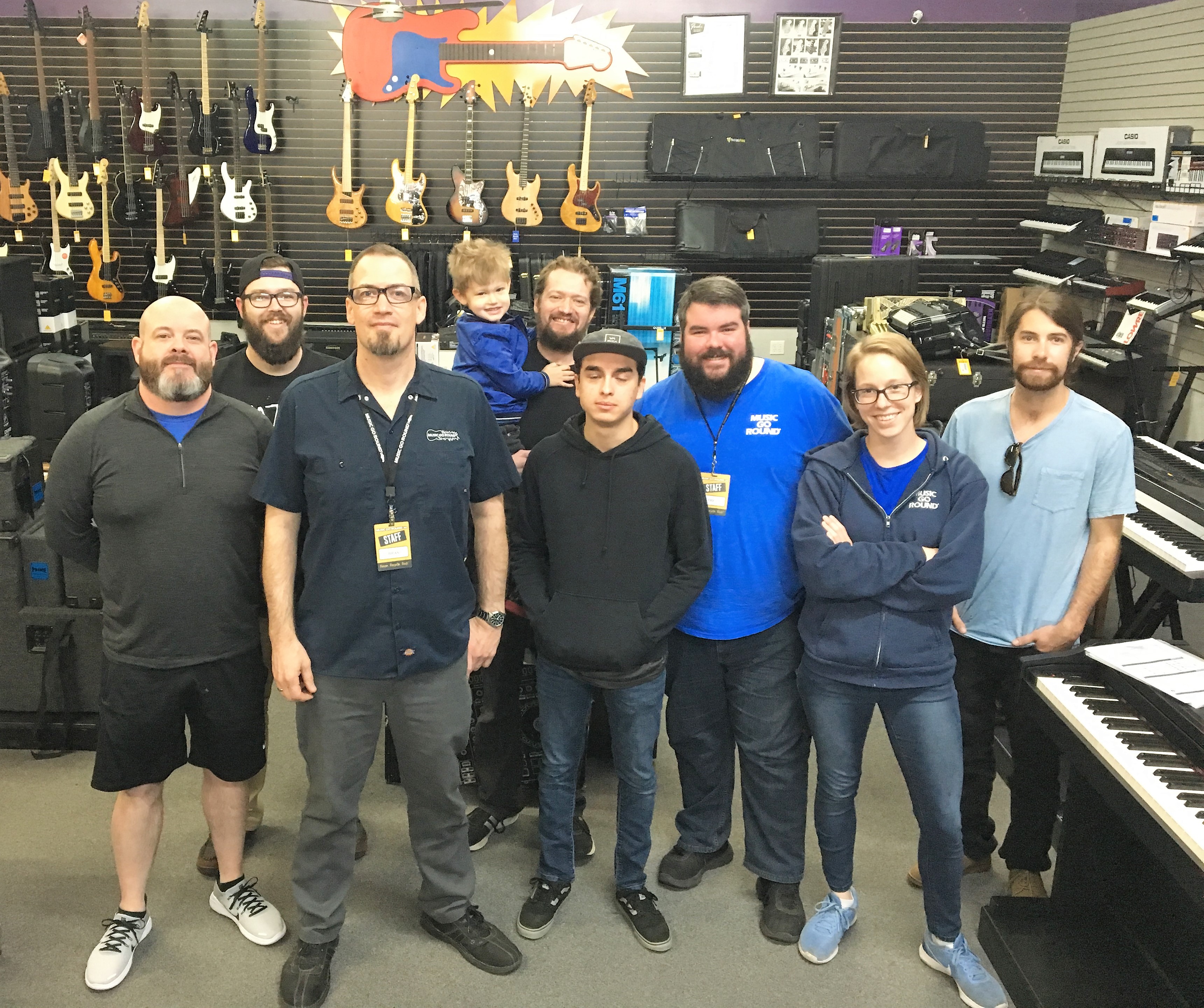