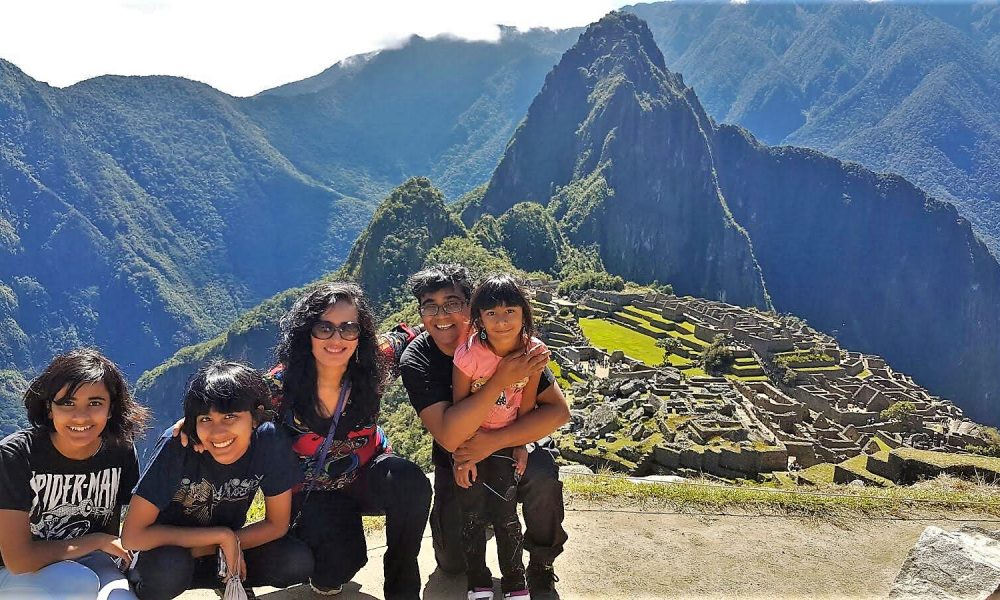 Today we’d like to introduce you to Niladri and Shameema Sarker.

Thanks for sharing your story with us Niladri and Shameema. So, let’s start at the beginning and we can move on from there.
GeoBeetles was launched as a travel-blogging website by our globetrotting family and was headed by two of us – Dr. Niladri Sarker, a professor, and Dr. Shameema Sarker, a scientist – in order to inspire families from all over the world to discover the planet’s flora, fauna, and culture, be a responsible citizen and explore the unknown. In fact, our journey began when we made our wedding vows to travel the world; at the time we were both starving students with a huge amount of loans and tons of responsibility.

Despite that, or perhaps because of that, we were able to keep three concurrent feelings alive: dare determination and dream. After years of failed plans and scrapped travel logs, at one point we were able to somehow turn this near impossibility into genuine reality. We now relate our decade of unique explorations and experiences to make it easier for others to gain confidence in their travel, and to learn from the many pitfalls we’ve had, especially for those traveling as families with kids. Hopefully, we’re able to dispel the myth once and for all that one can’t travel as a family, even when traveling in third world countries.

For as long as I can remember, I’ve yearned to be an artist, never a professor; yet, here I am, teaching science at the university at my mundane day job. It’s not that I didn’t have a passion for the cerebral. For one, I was always obsessed with the wonders of the universe. Like Carl Sagan, and aliens! Not the abducting kind, but the kind that could be lurking below Jupiter’s icy moon Europa, or behind the haze of Saturn’s veiled moon Titan. So right after my Ph.D. in chemistry and some healthy dose of postdoctoral work at the University of Colorado at Boulder, I ended up as a senior research scientist and consultant with NASA’s Jet Propulsion Lab (JPL), planning future space missions on the heels of the wildly successful Cassini spacecraft.

It sure felt like I was in hot pursuit of those Little Green Men straight out of a sci-fi comic. Yet, right about then, I was bitten by a pesky travel bug and realized I was missing out on a piece of real exploration. I realized, too, that no matter how much I try, I’d never been able to see the red supergiant star Betelgeuse with my own eyes. Heck, even a quick trip to the Red Planet isn’t happening anytime soon. With some reluctance, I figured my next best travel getaway would have to be within the gravity well of this piece of rock circling the Sun. Visiting 196 countries suddenly seemed like a better prospect than to hitchhike 196 light-years on a trip to nothingness!

Some three decades ago, it was hard for an eighteen-year-old to cross many thousands of miles into an unknown land. It was harder still to make this happen when she’s coming from an impoverished country such as Bangladesh, given that girls there almost universally don’t get even a basic education, and in fact, many have been married off by that age. So, when I got an international scholarship to pursue my education at a US university, I had immediately seized on that opportunity. This was perhaps the culmination of my seven-year-old self when I peered through my very own microscope for the first time.

All the same, I had to fight my way to grasp on to each strand of my dream every step of the way. Many years later, with a doctoral degree in molecular biology and biochemistry, I went on for my postdoctoral work at the University of Colorado Health Sciences Center in Denver. I continued my work in diverse fields, like working for the Department of Homeland Security to build hand-held biosensors to detect pathogens in the field during the Gulf war. Eventually, my passion for research led me to collaborate with NASA to study infectious diseases in space.

Each time I watched the space shuttle lift-off from the Kennedy Space Center, I had goosebumps knowing that those astronauts were going to be working in space with actual samples from my very own experiments. Coincidentally, this is when an unrealized decades-old dream from my past reared its inquisitive head. Like my passion for innovation and research, I have always shared another passion with my husband: to know what lies beyond the textbook. This was the dream of wanderlust, and so while I continued to work on my research projects, I embarked side-by-side on a much grander project with my husband and three beautiful daughters to hitchhike around our beautiful blue planet. And who knew that in the end, this would be the most amazing, educational and thought-provoking experience that I could have ever hoped to achieve?

Our grand odyssey started a decade ago, and we haven’t looked back since. In those intervening years, we’ve crisscrossed the globe eighty-nine times as a family, traveling to fifty-four countries across six continents, viewing the planet from the perspectives of an artist, a photographer, a scientist – and what’s been the most important for the entire family – a conservationist. A quick back-of-the-envelope calculation (and our airline mileage history) shows us that during this period, a few among us have each traveled a little over half a million miles, which is more than the distance to the Moon. This also averages to sixty-six thousand miles every year, per person, which is enough to circumnavigate the earth eight times annually. Sounds impossible? Think you don’t quite have the time or money to make this work? We’re here to tell you that if we can do this as full-time working professionals with three children, so can you! And we will vouch for it!

Thankfully, we were finally able to meet up with aliens, but who would’ve thought they were all cohabitants of this planet? Yet, as progress crushes out these unique life forms – animals, plants, and yes, human races too – many would forever remain unknowable to us. That realization catapulted our careers to be the celebration of life everywhere. That is, everywhere we know of: from the ‘mighty’ blue whale to the ‘lowly’ dung beetle, and every species in between.

We’re always bombarded by how great it is to pursue your passion, etc – but we’ve spoken with enough people to know that it’s not always easy. Overall, would you say things have been easy for you?
Beyond the usual obstacles that arise in a path we’ve deliberately designed to wind through the roughest patches of planetary terrain, we’ve had to continue with our full-time professional jobs, in academia for one of us, and in the corporate world for the other, as well as support a family of three kids. And oh, did we mention that over the years we’ve had a diverse array of pets, including two cats, two tortoises, a gecko, a snake, a hedgehog, and a uromastyx? But rather than be constrained by chasing the coveted American dream, our dream was to discover the dreams of the citizens of this world who’re removed from us in time, place, and often even genes.

Money was obviously an issue, but with time, we learned to navigate this constraint by cutting down on unnecessary things deemed indispensable by most within our social hierarchy. Trying to find enough break time, however, was a constant impediment, mainly because our three daughters got increasingly entwined in their school activities. But somehow, we managed to untangle ourselves each time to continuously move around. Ushrayinee, our eldest daughter, has now graduated from the University of California; Davis, Zahradinee, our second, is going to be heading to college next year; Nurjaminee, the youngest, is in elementary school. And for all their academic achievements, the three of them still seem to enjoy greatly our chosen odyssey for exploration.

Another great challenge we’ve faced is the one that arises when placed in an unknown land. Barriers such as social customs, language, culture, mannerism, etc., when interacting with different kinds of people, were the most common hurdles. However, since we both grew up in a diverse culture and also brought up our kids in a traditional setting, by exposing them to all the cultural aspects, it was relatively easy for us to understand and respect others’ customs and beliefs. Our kids had already grown up bilingual, but we also taught ourselves several foreign languages as well. Every year we’ve made it a point to visit our families in India and Bangladesh, providing a stronger understanding of their rich culture and heritage and the deep-rooted values.

Our regular forays into the raw wildness of nature was another challenge we’re constantly mindful of. At times, this became particularly problematic while roaming the jungles of Central America or being chased by bull elephants in South Africa, all the while having three kids in tow, at the time one among them a toddler. The kids have always had a keen interest in wildlife; Ushrayinee enrolled in a summer internship at a rhino conservation center in Africa and was able to portray some of the dangers faced by these critically endangered animals through her wildlife photography.

We’d love to hear more about your work.
As artists, photographers, and globetrotters who roam the planet in search of rare, endangered wildlife, vanishing cultures, and far-flung natural wonders, the Sarker family, as GeoBeetles, aims to become Earth’s first traveling family to explore all 196 countries and to inspire others to save our world by combating the climate crisis and the sixth mass extinction. We also concentrate heavily on art, especially paintings of endangered animals which we had photographed before. As a means to increase awareness and community action, we hold several art walks and art exhibitions throughout the year, where artwork of various media are displayed and sold. A percentage of the profits generated from these sales get donated to some of the leasing nature and animal conservation organizations around the world.

Through our travel stories and adventures we share in various social media, we were able to inspire many of our friends and families to step outside their comfortable niche. They in turn were able to motivate others. Just as traveling has made a difference in our lives we would like to help make a difference in the lives of others who with limited budget, full-time jobs, kids, and many other responsibilities, can discover more about themselves and their rightful place on this pale blue dot by choosing a life of exploration; after all, there’s perhaps no better way to learn to expand your horizons first hand than through travel. 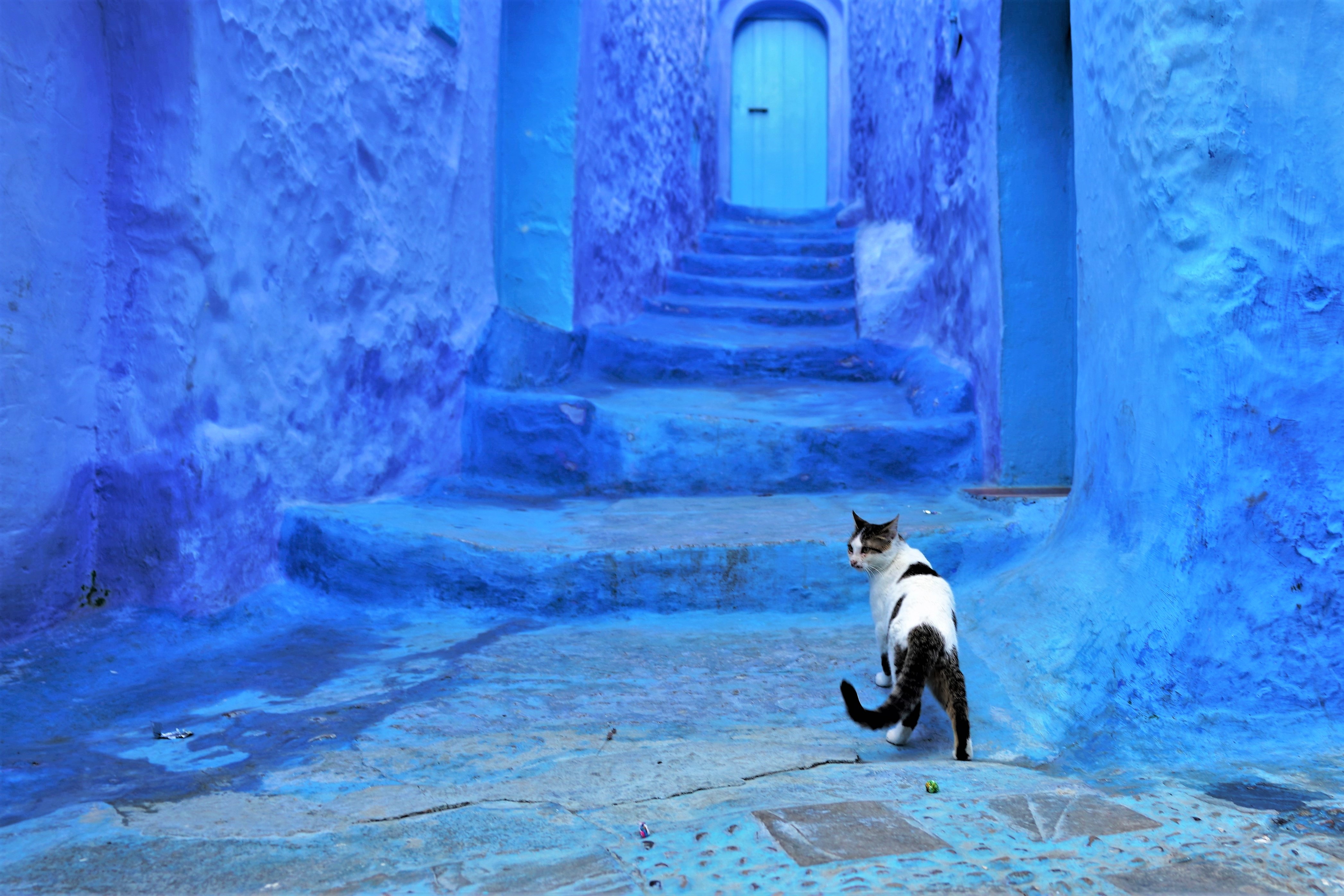 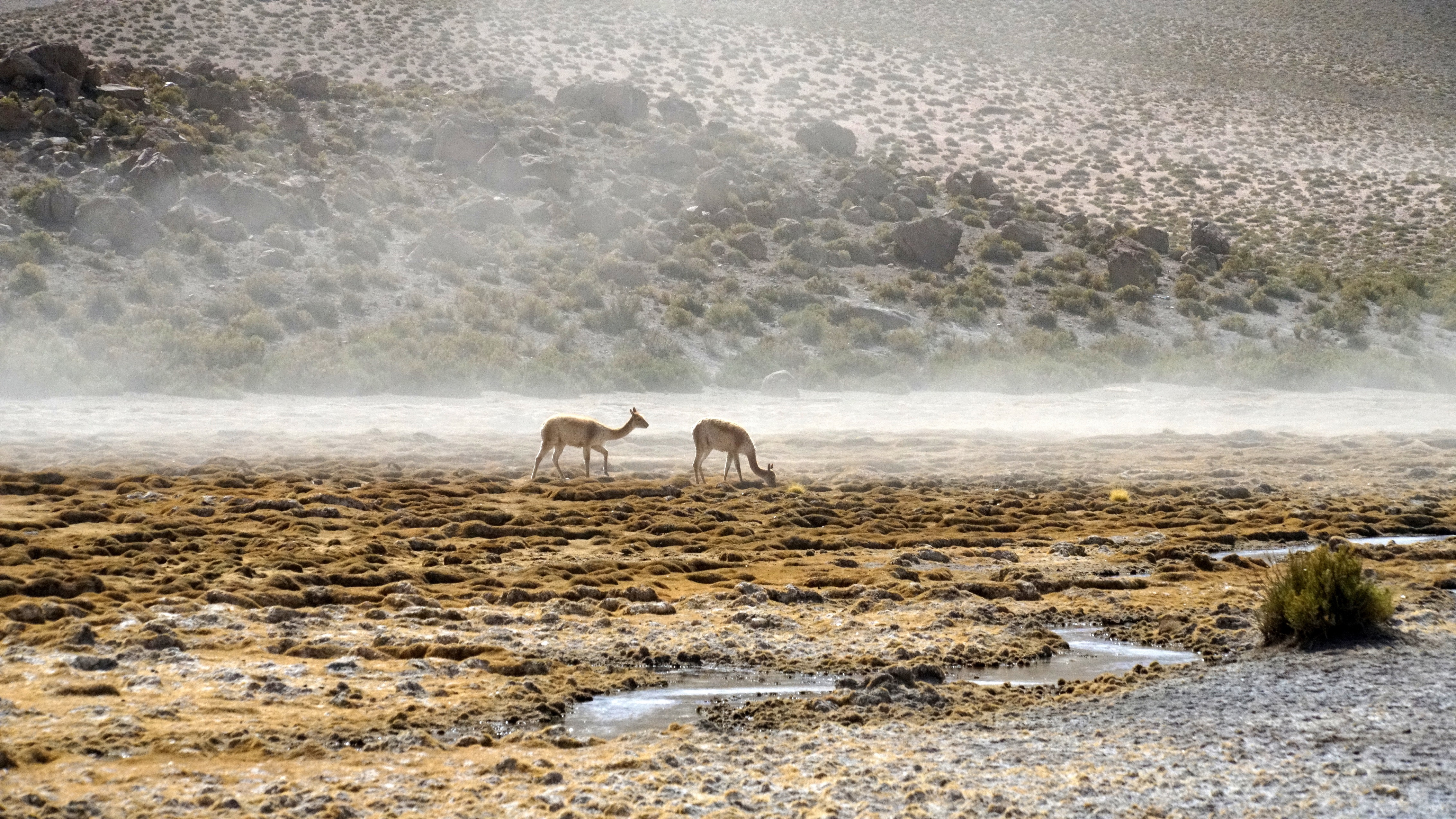 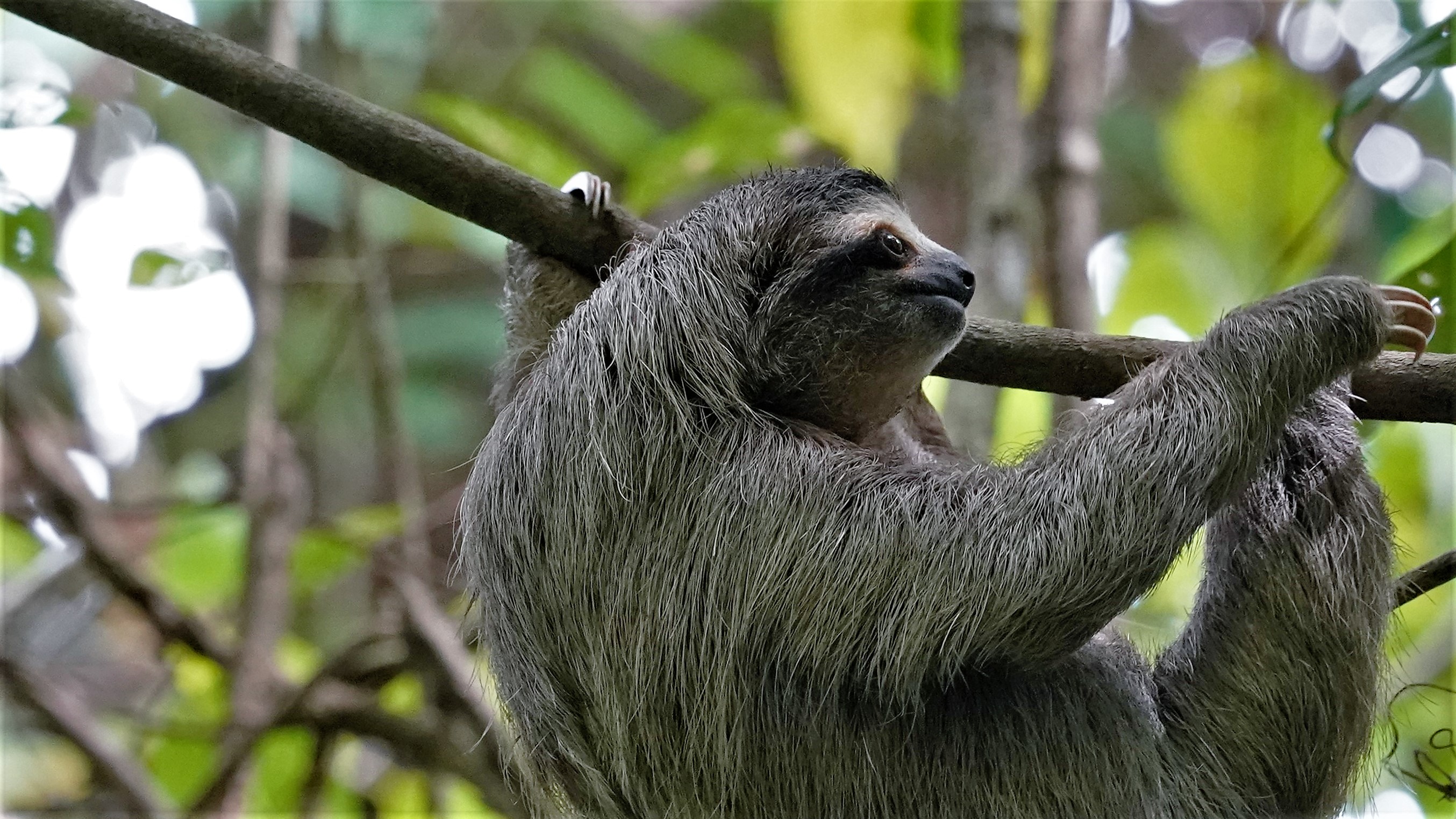 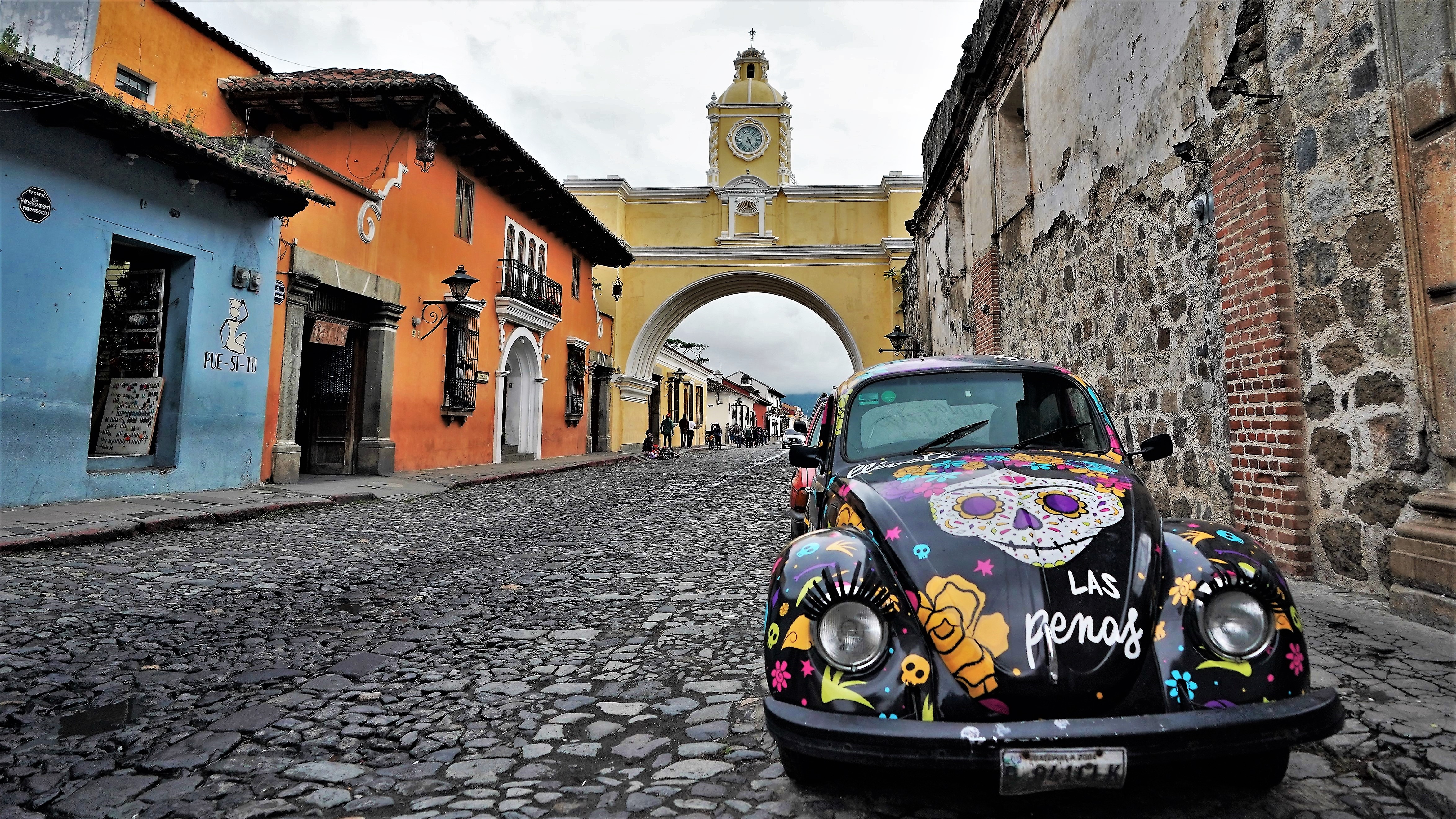 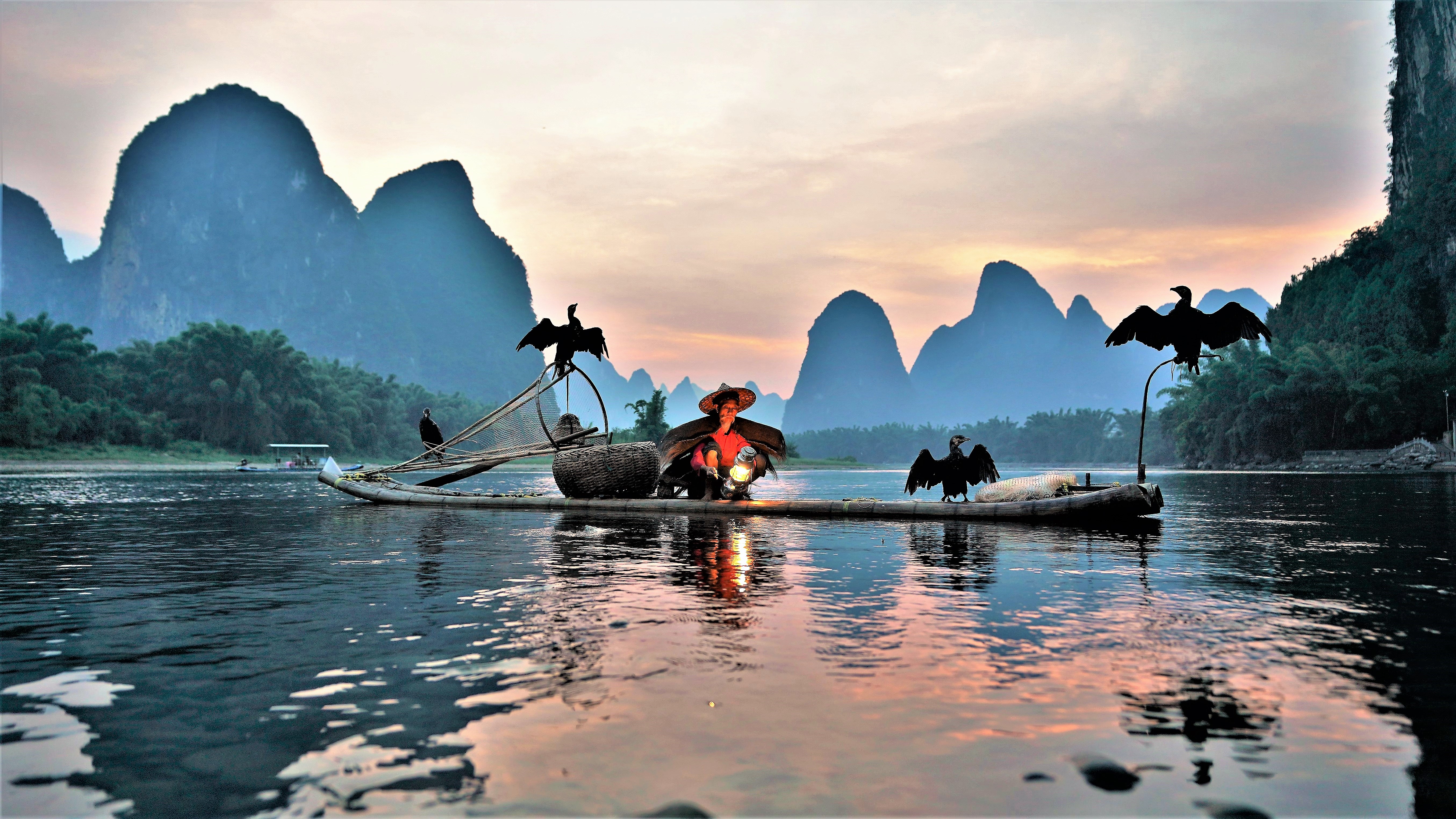 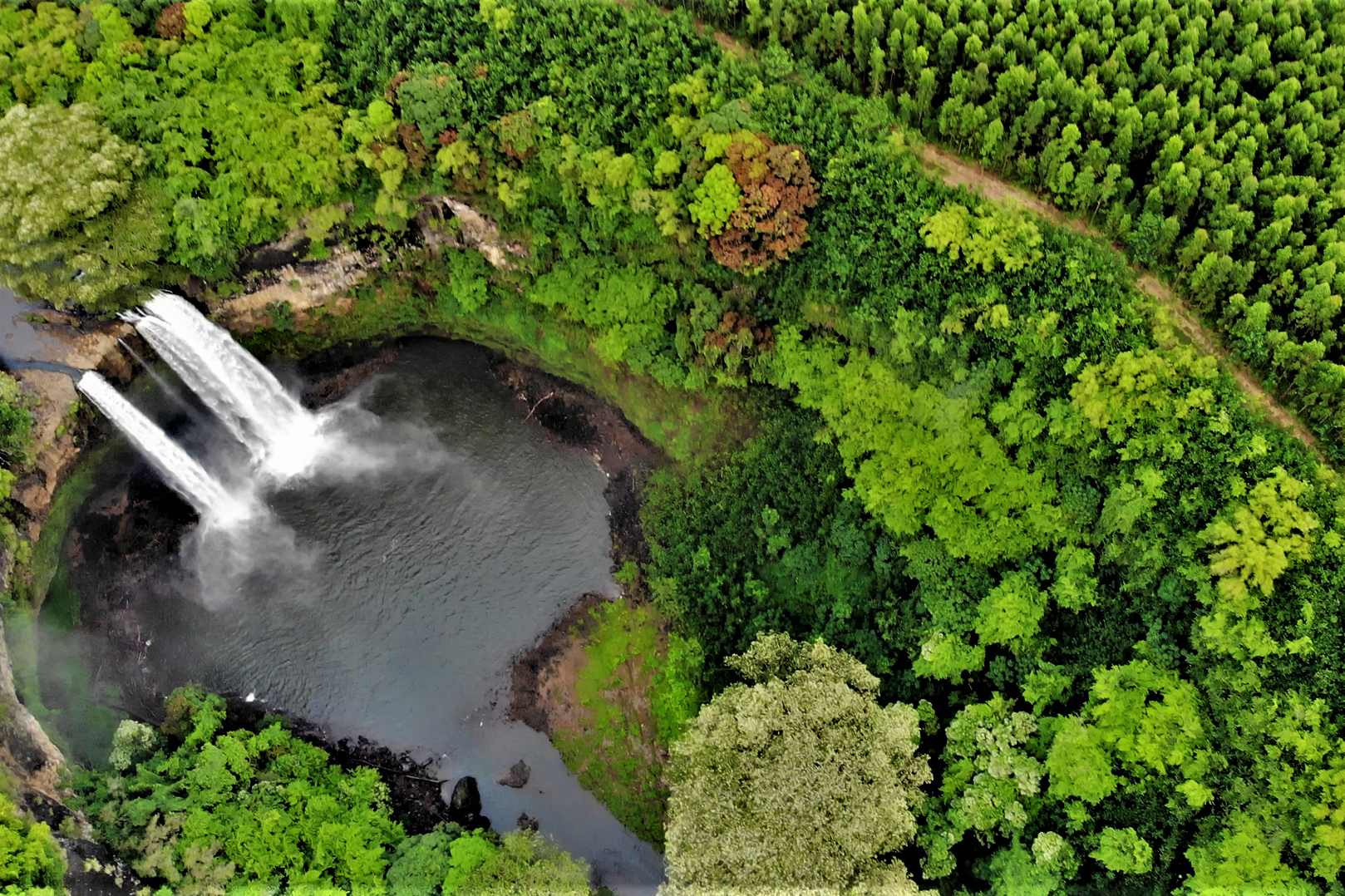