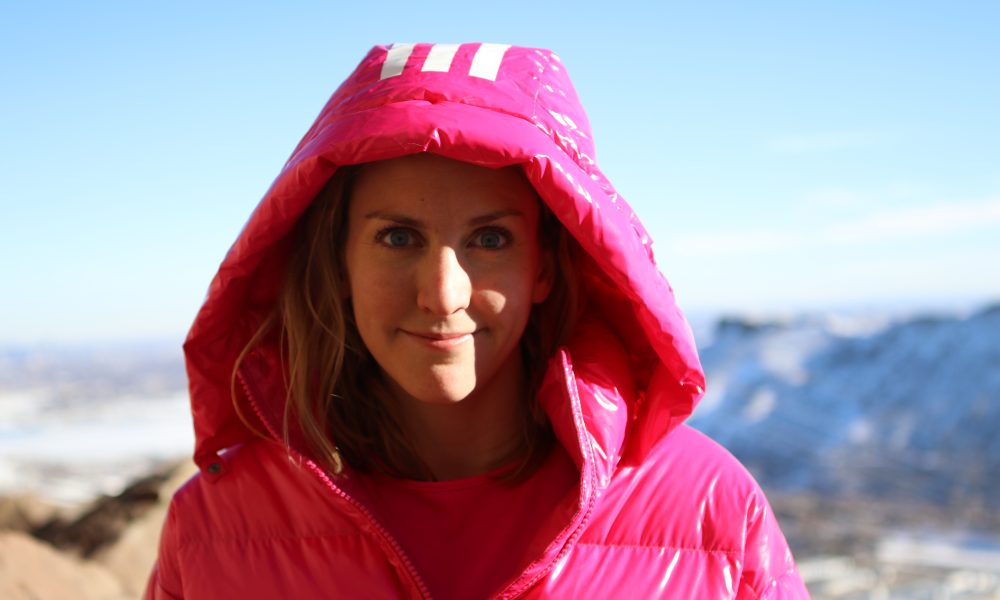 Today we’d like to introduce you to Molly Mitchell.

Molly, can you briefly walk us through your story – how you started and how you got to where you are today.
I began rock climbing when I was 16 – an age that nowadays is considered late for an aspiring professional climber. I grew up in Atlanta, GA and moved to Boulder when I was 18 for school at the University of Colorado Boulder. I began to train at Team ABC in Boulder soon after, wanting to originally get into competition gym climbing. When I was 20, I developed a viral thyroid disease that left me feeling terrible most days.

I started to doubt myself and my ability in the gym a lot, and it just became this negative cycle of not being able to do things physically that I used to be able to do easily. It made me not want to compete – because it just reinforced these negative thoughts. I started climbing outside more and found my passion for that instead.

The disease lasted about a year in total, but what came out of it also was that I developed an anxiety disorder. I have always had anxiety, but during this time it became much worse. And my anxiety disorder has existed ever since. Around the time my thyroid disease was dissipating, I found my love for traditional (trad) climbing. This is where you place your own gear (cams, nuts) into cracks and crevices of the rock.

This style of climbing can be really mental because you are placing your own gear and sometimes there is a lack of placements. The risk factor can be higher than other types of climbing. I think because of my anxiety, I found a love for this type of climbing as it forced me to be present – it felt like one of the few times I could be in the moment. It demanded my attention so much because of the risk that it felt like therapy for me in a strange way.

All other thoughts dissipated in those moments. I had some success with trad climbing from the start as well. My first trad lead was a 5.11 in Eldorado Canyon (not a grade people normally start trad climbing on) and my second was a 5.12+ R rated route called “The Evictor.” R means runout (large gaps between gear placements and big fall/ bad fall potential)

In less than a year, I achieved some hard, heady routes including the First Female Ascent of “Beethoven’s Fifth,” 5.12d, Boulder Canyon, a First Ascent of a 5.13- R rated trad route I named, “The Spoiled Moose,” and an ascent of “Free Line,” a 5.13b trad line in Eldorado Canyon, a rare ascent of “Stranded at Sea,” 5.12 r/x in Vedauwoo, WY, among others. (x means if you fall you will most likely hit the ground). I also graduated from CU during this same year (2015), with a bachelors degree in Communication, and minors in Business and Creative Writing. I began coaching at Team ABC then as well.

In 2016 I decided to pick up and move to Las Vegas to explore the climbing there and continue coaching. The kids that I coached inspired me to try to push myself more physically in climbing again. I started training more and more than in the past and started focusing on sport climbing outside. (Sport climbing is where there are bolts in the rock that you can clip into as you climb – through it can be heady, it is generally much safer than the trade routes I had done). I wanted to see how much I could push myself physically on harder graded sport climbs.

In 2018, I decided to move back to Boulder – I missed the community and Team ABC. I began coaching there again and continuing training. In February 2018, I got the opportunity to travel with fellow adidas athlete Sasha DiGiulian to El Salto, Mexico for a sport climbing trip, where we unexpectedly decided also to try to achieve the 3rd and First Female Ascent of a big wall (13 pitch sport climb) called ‘Samadhi,” 5.13a. This happened to be my first big wall! I did not do every pitch clean, but Sasha did. It inspired me to do more big walls.

I also realized after moving back to Boulder how much I missed trad climbing. I have decided to make this my focus for now. Recently, I sent a 5.13a PG13 route in Eldorado Canyon called, “Fraid Line,” It was a good (heady) reintroduction into trad climbing… and now I have my eyes set on another trad route in Boulder to work on for the next few months. I can’t wait!

Has it been a smooth road?
My thyroid disease that I mentioned really affected me. Physically it made me doubt myself more than ever. And then my anxiety disorder has always made me doubt myself as well. I can be really insecure, honestly, about my ability. But honestly, if I didn’t have these challenges I may have never explored other facets of climbing and may have never found my love for trad. I think having an anxiety disorder will always be a part of me.

I have really bad days where my mind is just flooded with thoughts that I can’t un-attach from. I get obsessive over things. But if I channel it in the right way I can get obsessed with goals, so that’s a plus. And for the bad days, it helps to be real with people and be real with myself. I now really promote breaking the stigma of mental health, and I try to constantly let people into the fact that my life is not all happy and fun.

I think it’s important to know we all aren’t just constantly doing fun things like we see on social media most of the time.

What should we know? What do you do best? What sets you apart from the competition?
I am known for being really goofy and silly. I embrace this side of myself. I love people with a good sense of humor and I value that. I think I work well with kids because of this too. Even though I am “at work” when I am coaching or climbing or training, I like to keep it fun and still be able to joke around!

As a coach, I am constantly inspired by the kids and I think they have influenced my ‘try hard’ ability a lot. I love seeing them go for it, and kids’ minds are so open to endless possibilities. Sometimes I (and other adults) can be close minded to what our bodies and minds can achieve. I’m proud of the kids I coach because they are good people as well – they support me and I support them, it’s really awesome and positive.

As a sponsored athlete, I am really blessed with companies that support me. And they give me opportunities to travel and speak, teach and connect at events with others in the climbing community. Adidas, Five Ten, and Edelrid have all arranged multiple events for me to be a part of. I am always so honored and humbled to teach clinics and speak about my life – the ups and downs. It helps me spread my message to others.

I want to show people that you can break through obstacles, and even embrace that they are a part of you. The companies I work for support me even when I feel low from my anxiety and express that. ABC Kids Climbing also knows this about me and works with me so much to make me feel comfortable and accepted. I am so grateful.

I am most proud of myself when I achieve something that my mind may have not thought I could at first. I am proud of hard work and determination. Looking at my climbing career, I think I am most proud of the moments where I felt like I broke through a negative, self-doubting mindset. This may not even be the hardest grades or scariest routes that I have done, but it’s what keeps me going.

I guess what may set me apart is my mind. Anxiety definitely hinders me a lot, but I also think I really embrace the moments where I don’t have those thoughts rushing around in my brain. It’s not all the time, but when I get into those modes of singular focus on the rock, I feel unstoppable.

Let’s touch on your thoughts about our city – what do you like the most and least?
I love Boulder and Denver because of many things, but mostly I love how active and appreciating our community is of getting outside. We are blessed with our location to the mountains, rocks, slopes, trails, etc., and I love that we value them so much. I identify with that, and it’s what brought me back home here! We all want to grow and learn more about the outdoors. We are inspired by each other’s outdoor adventures, and that’s an awesome thing to see in a city.

As far as dislikes, I think the only thing I personally dislike is snow! Ha! only because it makes climbing outside more difficult. But – we are also blessed with good outdoor days even in the winter. I still get to go outside and climb. But winter I definitely am in the gym training more and traveling. 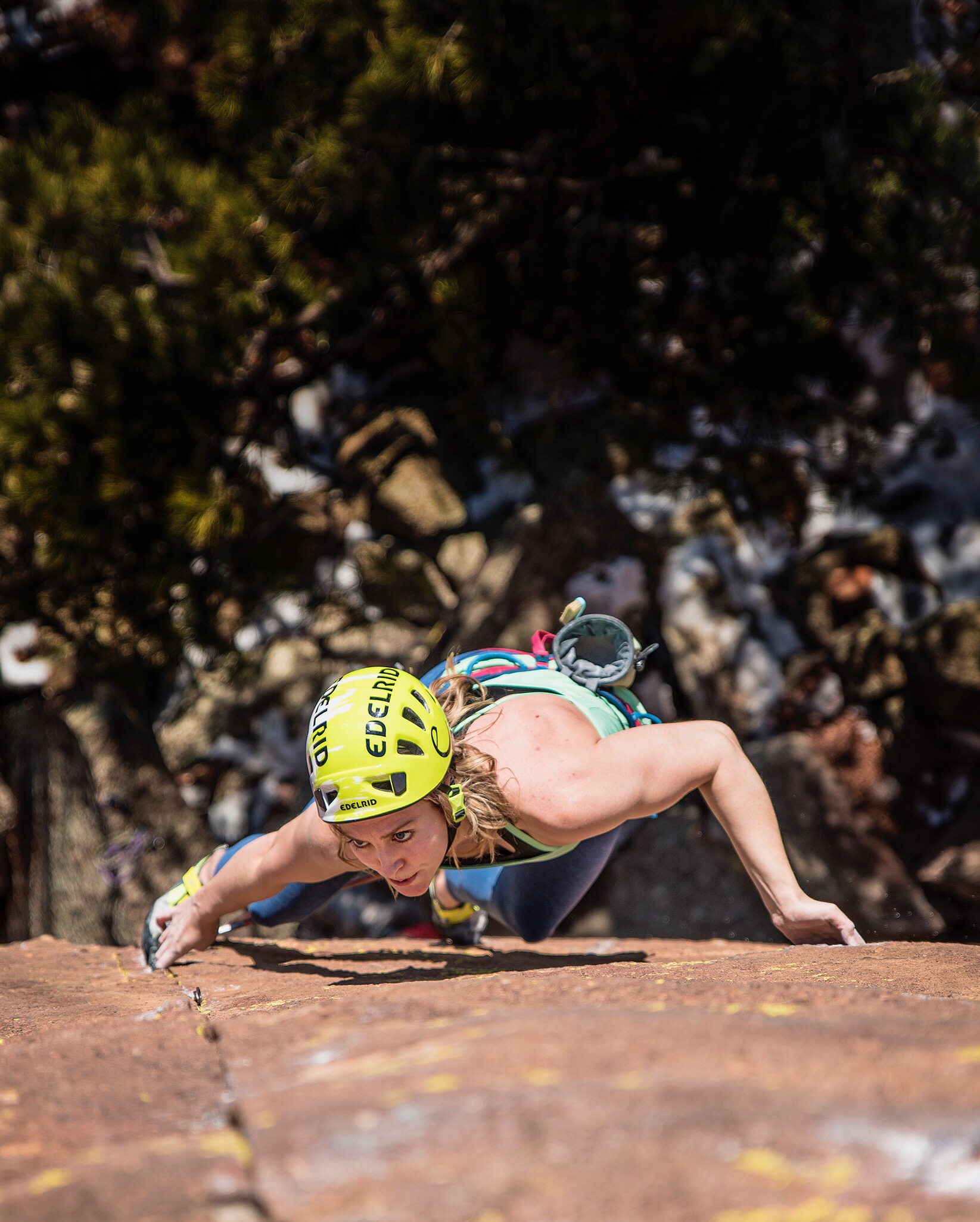 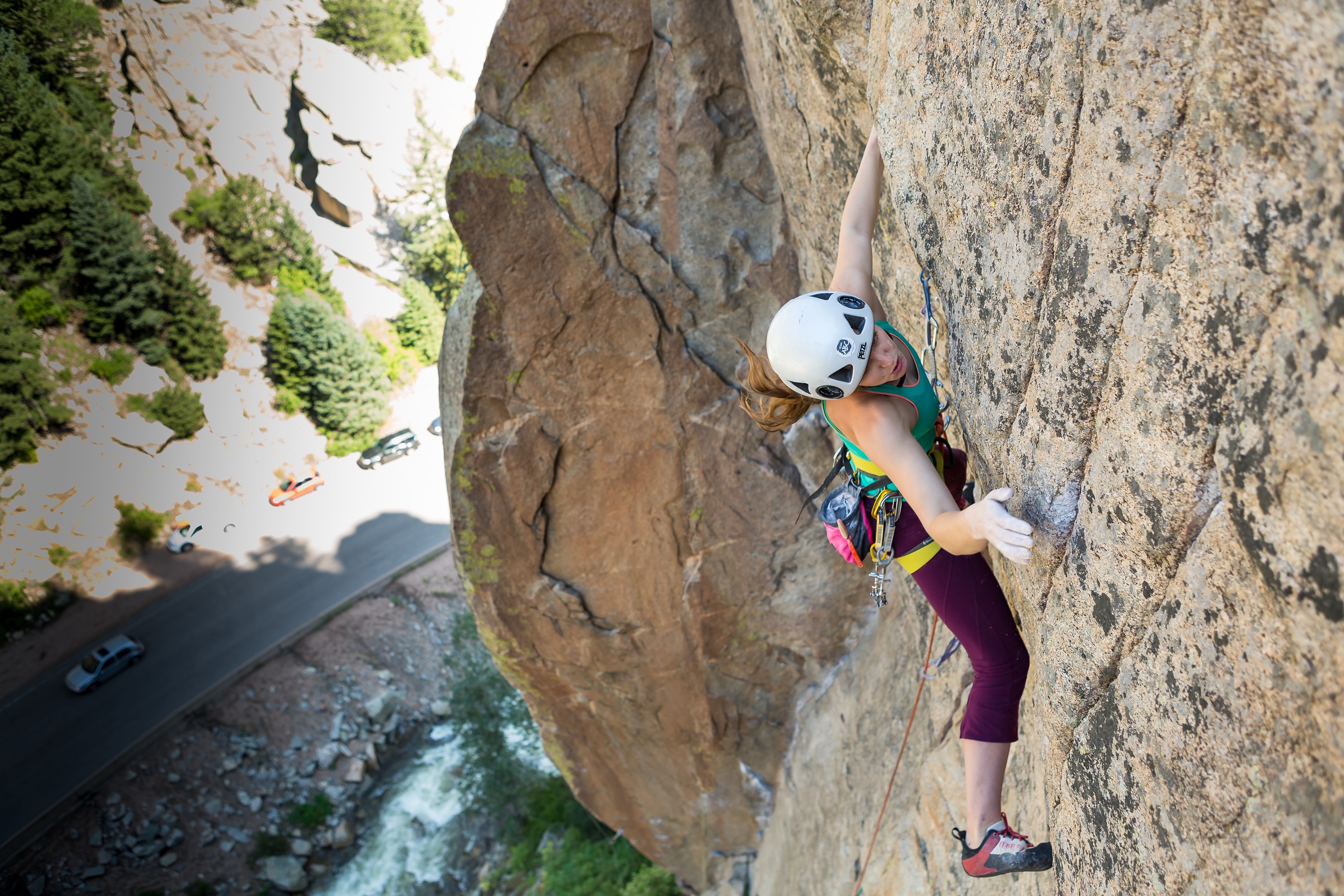 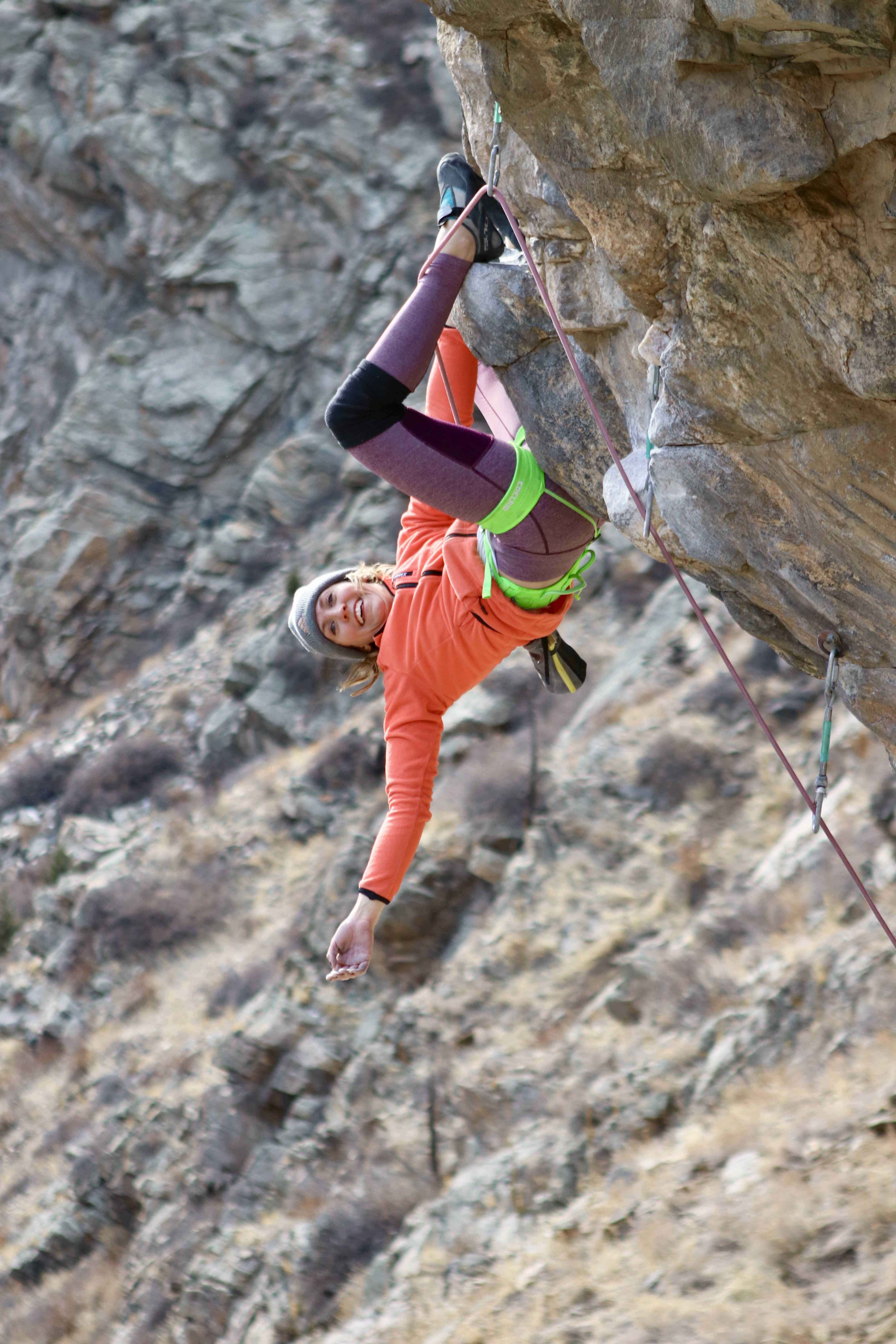 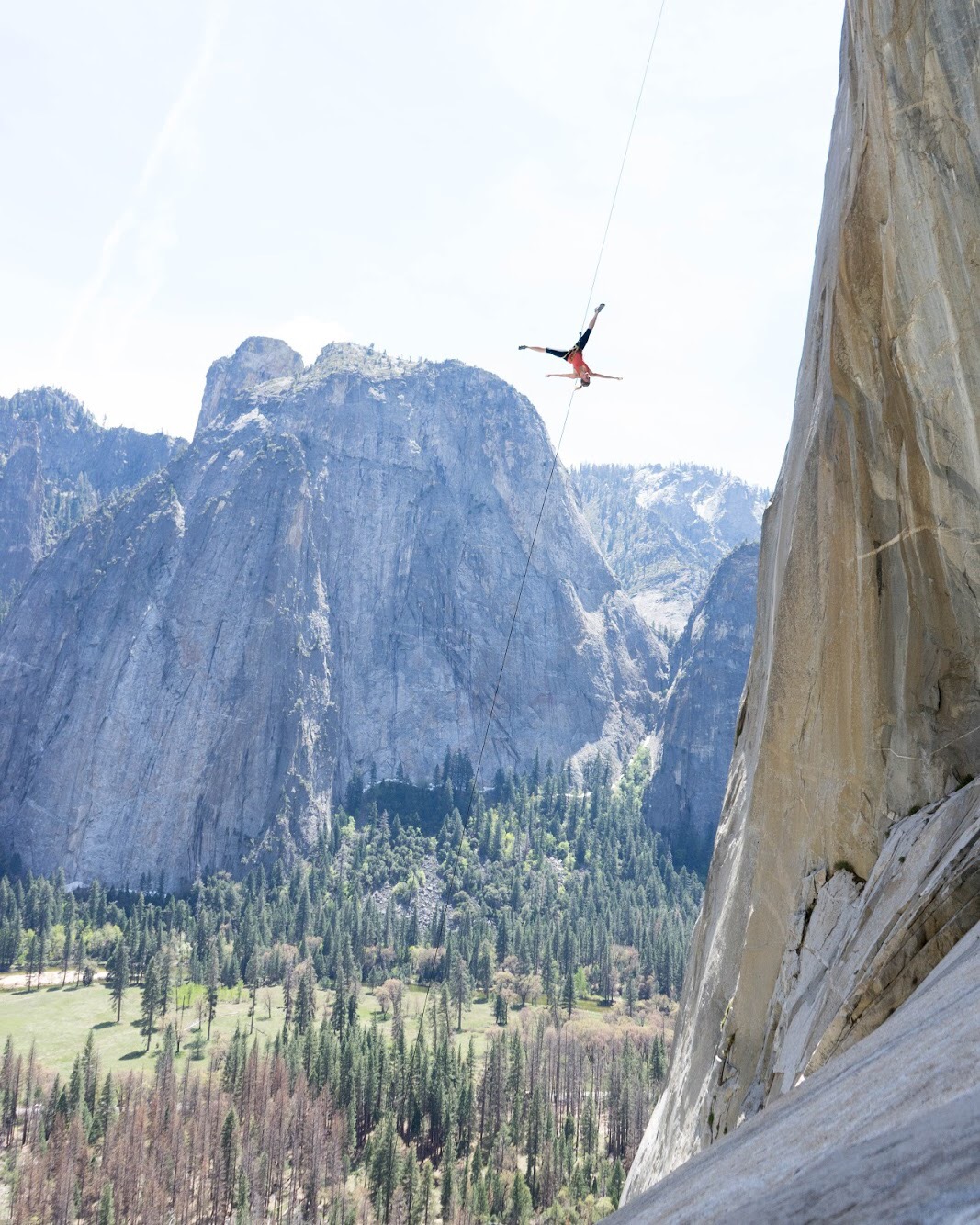 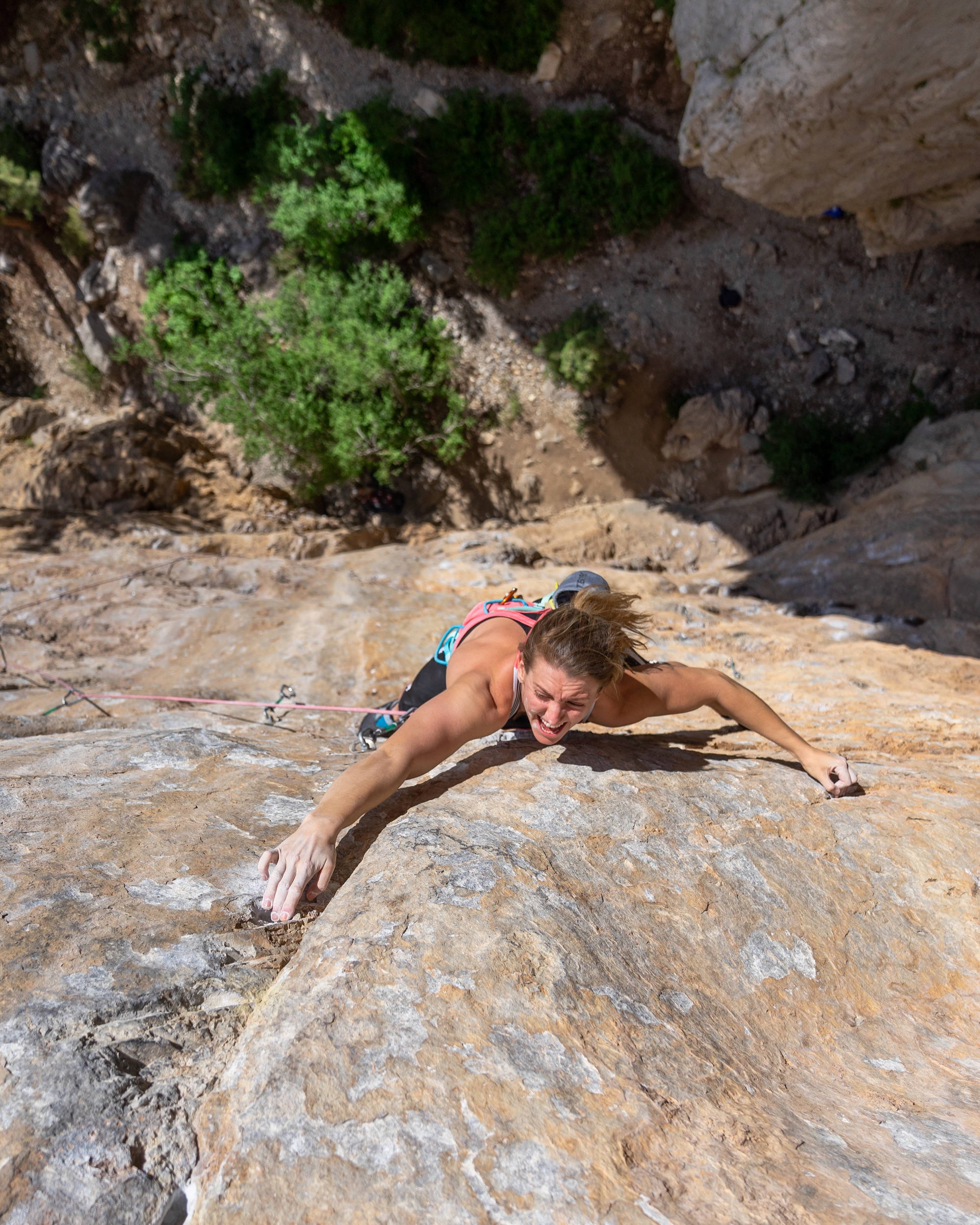 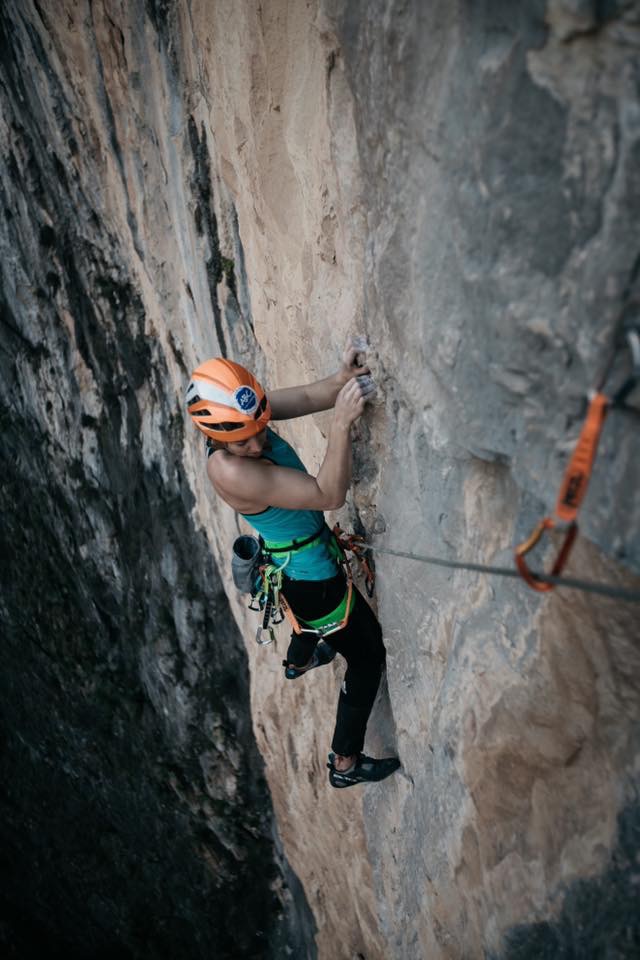 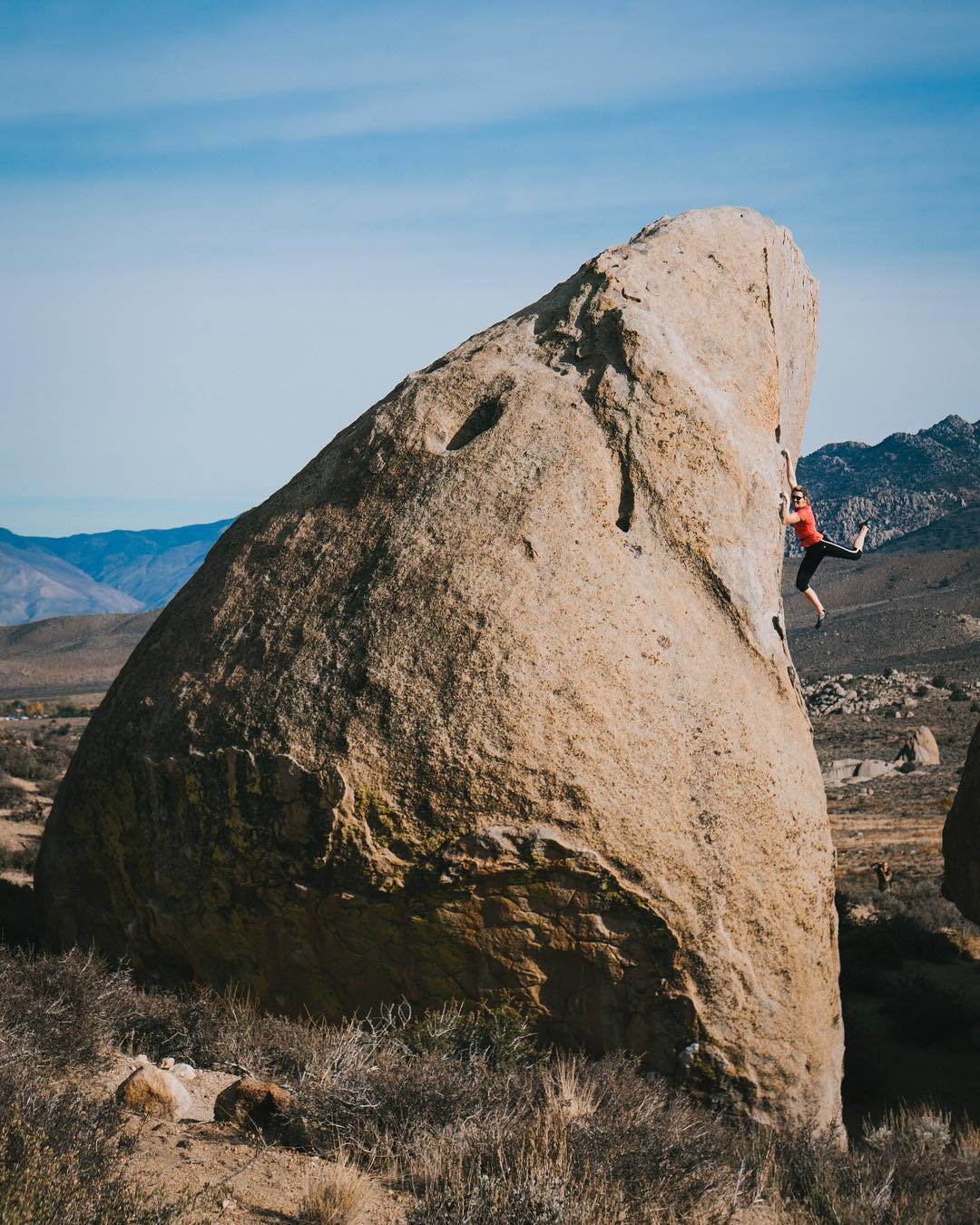