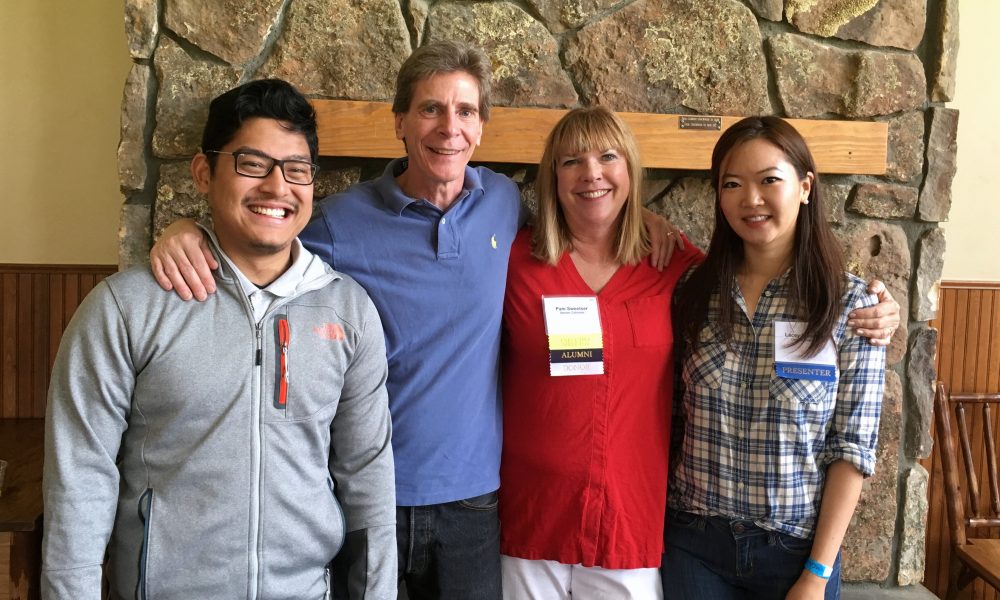 Today we’d like to introduce you to Pam Sweetser.

Pam, can you briefly walk us through your story – how you started and how you got to where you are today.
My husband Dan and I are the adoptive parents of two children, a daughter who was born in Korea in 1986 and a son who was born in India in 1989. My children catapulted me into life and career interests I never imagined. My involvement in Heritage Camps for Adoptive Families has certainly evolved over the past 28 years. I was a volunteer Executive Director for the first seven years, never thinking it would become my career and “life’s work.”

At first I really just did it for my own kids, realizing that my husband and I could give them just about everything they need in life, and lots and lots of love, but what we could not give them was that connection to their culture of birth. There is a saying, “How do you know where you are going if you don’t know where you came from?” That saying was a valuable reminder that guided me during the early stages of Heritage Camps for Adoptive Families. The first two camps were obviously the Korean Heritage Camp and the Indian/Nepalese Heritage Camp. Then things just started evolving. A friend had a son born in Korea, and a daughter born in Guatemala. She wanted a camp for her daughter too, so Latin American Heritage Camp was born. Adoptive parents, adoption agencies, and support groups contacted us and suddenly, nine camps were serving nearly 900 adoptive families with children born all over the world, including here in the U.S. We’ve held camps every summer for 28 years!

I knew how important this camp experience was for my own kids and wanted to be sure many other adoptive families had access to the same experience. I am now an actual paid employee, and we have three other staff members, plus a legion of dedicated volunteers who make the camps happen every year. One of the greatest joys for me is the connections I have made in Colorado’s cultural communities, who are the “racial/cultural mirrors” our adoptees need. Our camp counselors, teachers, and performers inspire our campers, form deep connections with them, and serve as role models and mentors. I have been enriched beyond measure by this happenstance “life’s work,” and I can’t imagine our life without the great friends I have made in the adoptive parent community, the adult adoptee community, and the cultural community. Ultimately, it really is still about my kids – and so many others!

We’re always bombarded by how great it is to pursue your passion, etc – but we’ve spoken with enough people to know that it’s not always easy. Overall, would you say things have been easy for you?
No road is smooth, especially when trying to meet the needs of such a diverse group of people, which is what adoptees and their families are! As I have evolved in this work, the camps have evolved and changed too, as my own children have grown into young adults. My kids taught me that they not only needed the connection to their birth culture, but they also needed support navigating our society as people of color, so while our early camps were focused on creating cultural connections for our kids, we quickly realized that we also needed to prepare our kids of color for life in the U.S. Today, our camp programming continues to include programming that creates connections to birth cultures, and we also have programming that addresses things like Asian, Black, and Latino identity, depending on the camp.

We also learned that adoption is a culture in itself and helping children and families of all ages to gain a sense of self within that culture, and a connection to others like them is a hallmark of what we now do. We also have worked hard over the years to ensure that our cultural programming is as authentic as possible. Beyond our cultural community members leading many of our workshops at camp, we now have an Advisory Board, which actively shapes our programming decisions. The Advisory Board not only ensures that our cultural activities are authentic, it also ensures that adult adoptees influence our programming. Several adult adoptees on our Advisory Board and Board of Directors have grown up attending camp and now choose to continue their involvement. Other adoptees found camp much later in life and can provide an important perspective about what adoptees experience when they don’t have a resource like Heritage Camps for Adoptive Families. a positive sense of cultural, racial, and adoptive identity and we are dedicated to providing education and resources for adoptive parents like myself.

Another challenge was staffing in the beginning, meaning there really was none, except me. As the organization grew and more and more families were attending the camps, we had to find a way in the budget to hire not one, but eventually two part-time employees to help me get the job done. That was 15 years ago, and I know I wouldn’t still be doing this work without them!

The final major challenge has always been around fundraising. We are a “niche organization” for sure and getting foundations to understand the need for adoptees to feel grounded in life, in order to become productive adults, has been tough. We gave up on grant writing a few years ago and now rely on individual, corporate, and community funders to sustain us. Fundraising is a never-ending challenge, and just two years ago we were finally able to hire a part-time Development and Marketing Director to help make that happen. She has made such a difference!

We’d love to hear more about your business.
I can tell you that we are the only organization in Colorado that runs heritage camps for adoptive families, and we are the only one in the country that runs 9 separate camps, not affiliated with any adoption agency, support group, or religious organization. All families are welcome at our camps, without question.

I am very proud of our longevity as well, many volunteer organizations come and go, simply because volunteers fade away. Without our volunteers (1,000 strong each year!), we wouldn’t still exist! Volunteers also help us keep our program fee costs down so that families can afford camp. We have a strong scholarship program as well, for those who may need financial assistance. If we had to pay staff to do all that we do at every camp, it would cost a fortune for families to attend, and as far as I am concerned that will never happen. Every parent volunteers at camp, and I feel very strongly that giving back to this organization that has such an impact on their kids is essential.

I am also proud of the recognition we have received over the years. I was the recipient of the Minoru Yasui Volunteer Service Award in 1997, the Asian Education Advisory Council Community Service Award in 1998 and again in 2015. I was a Channel 7 Everyday Hero in 2001. In 2007, received the Asian Pacific Bar Association Minoru Yasui Community Award, and the Korean American Coalition of the U.S., Bridge Builder Award in 2005. In 2013 I was nominated by Senator Michael Bennet as Colorado’s Angel in Adoption recipient through the Congressional Coalition on Adoption Institute. In 2015, HCAF received the Denver Mayor’s Diversity Award, and in 2016, I received the Asian American Hero of Colorado award. All very exciting and humbling.

What were you like growing up?
A woman at one of the camps once asked me, “So what did you want to do when you grew up? Save the world?” And she was kind of right. Growing up I always knew that I wanted to make a difference. I also always knew I wanted to adopt children. My sister is adopted, and I couldn’t love her more. I married the right guy for that since both his mom and sister were also adopted. Our adoption journey has changed both of our lives for the better, and in ways we never imagined.

I grew up in Denver, went all through school in DPS, during the time of bussing for integration. My parents were stalwart believers in that, and that experience helped shape who I am today. I also went to a liberal Episcopalian church in the Park Hill neighborhood and was taught that all people are equal and should be treated as such – also something that shaped who I am. I loved art (still do), was a good student, and was always trying to figure out that “how to save the world thing.” I joined VISTA when I graduated from the University of Colorado and went to Newark, NJ. Quite the awakening, and again, shaped who I am today. Never in my wildest dreams did I think HCAF was going to be the way I made a difference for others. It’s a small way, but one that obviously is very personal to me and my family. 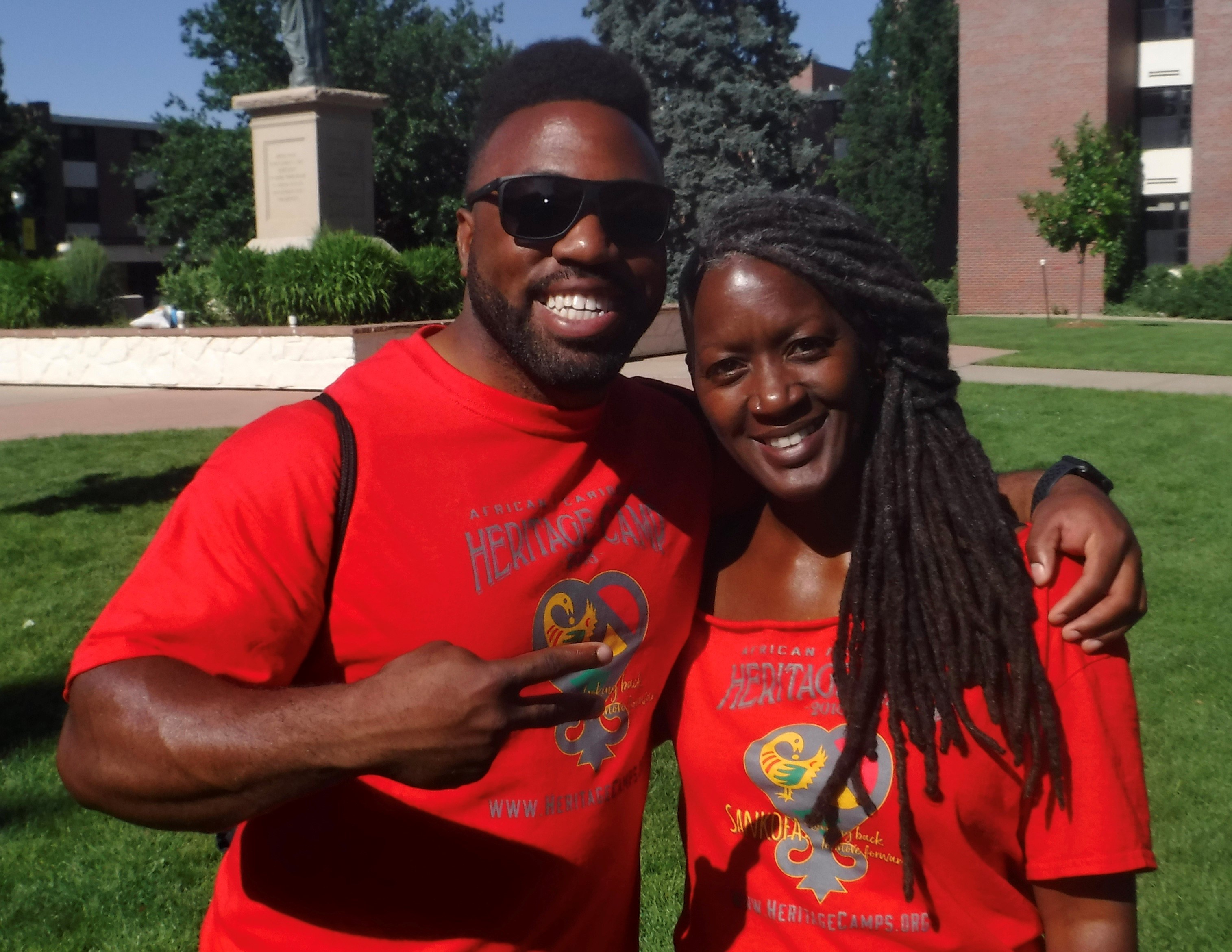 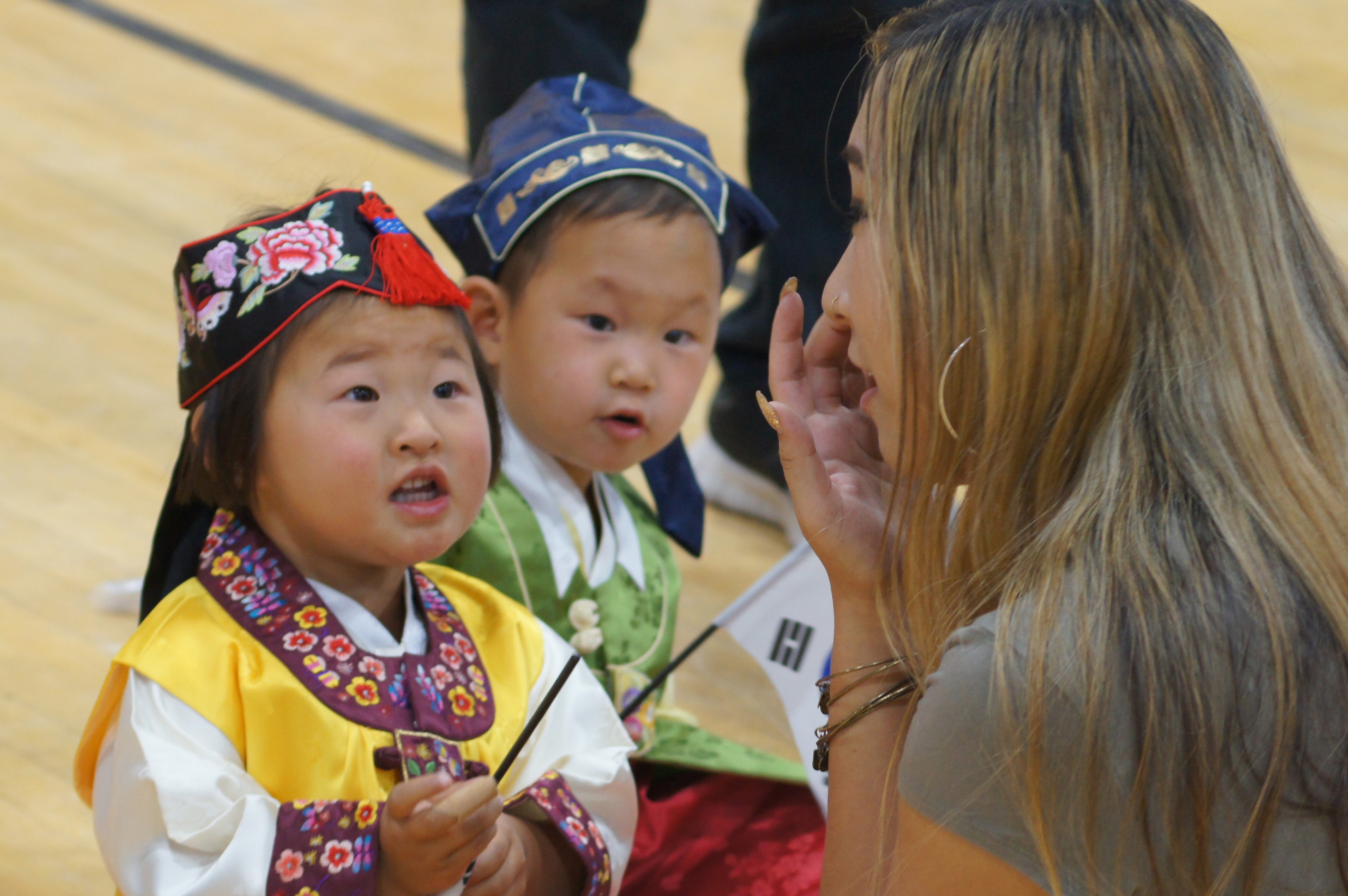 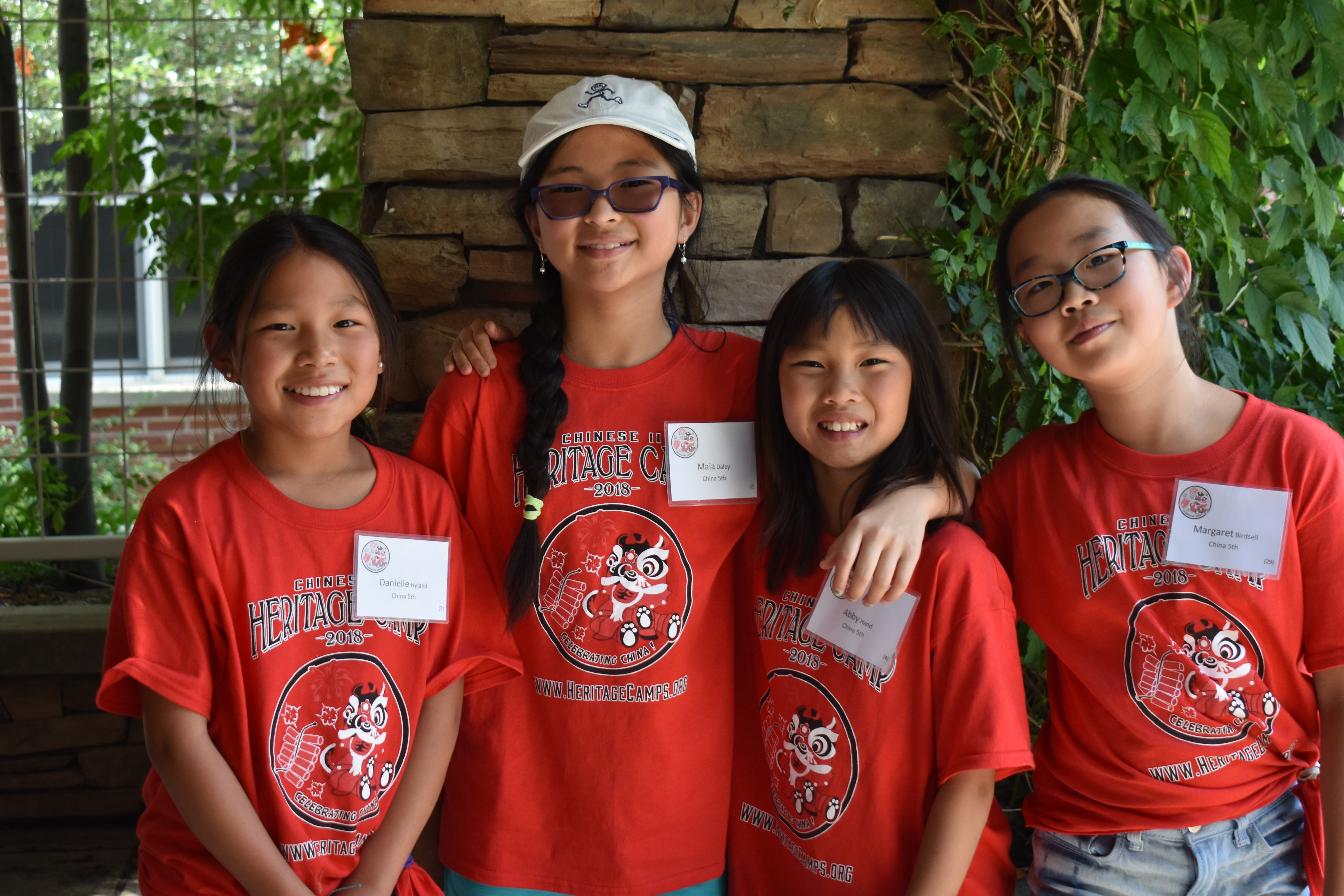 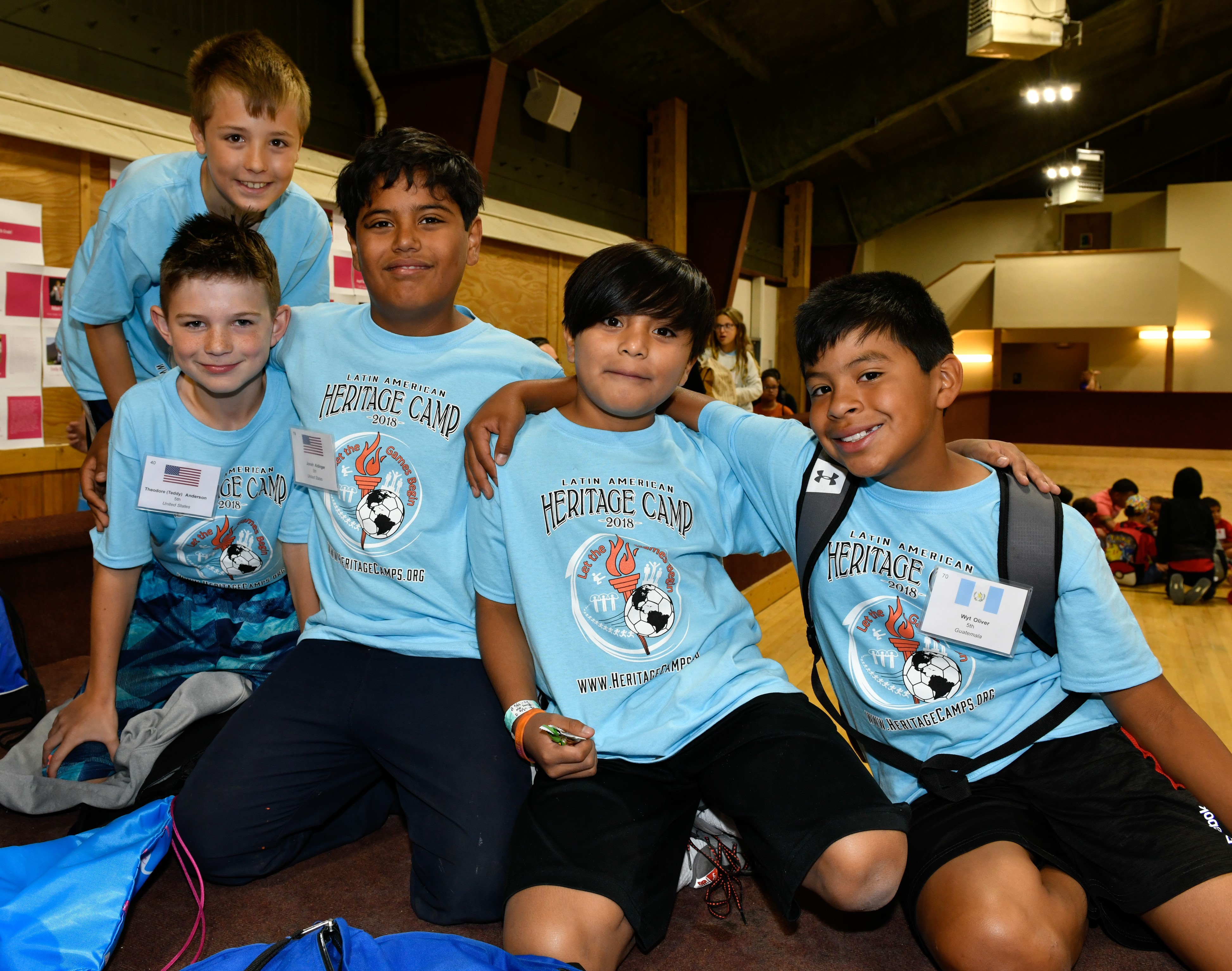 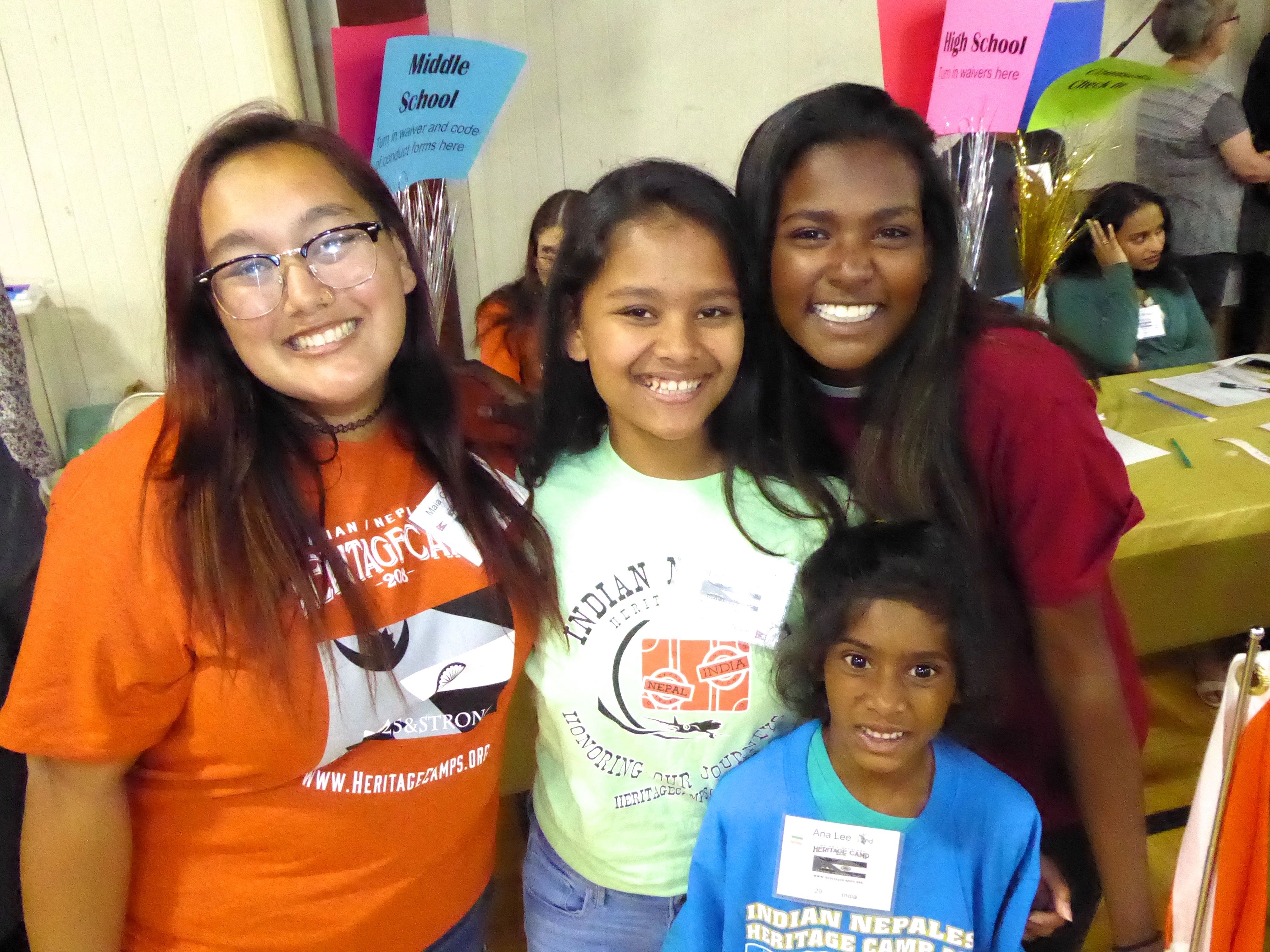 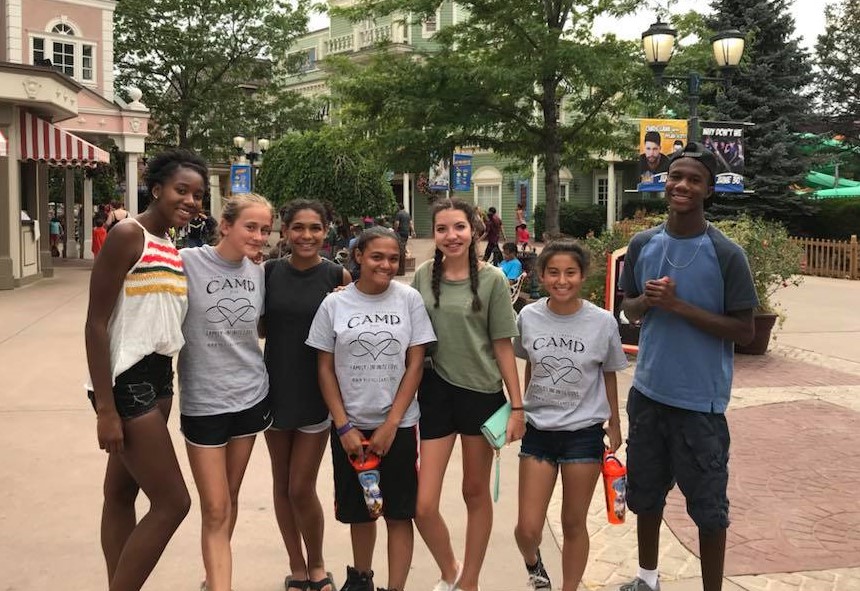